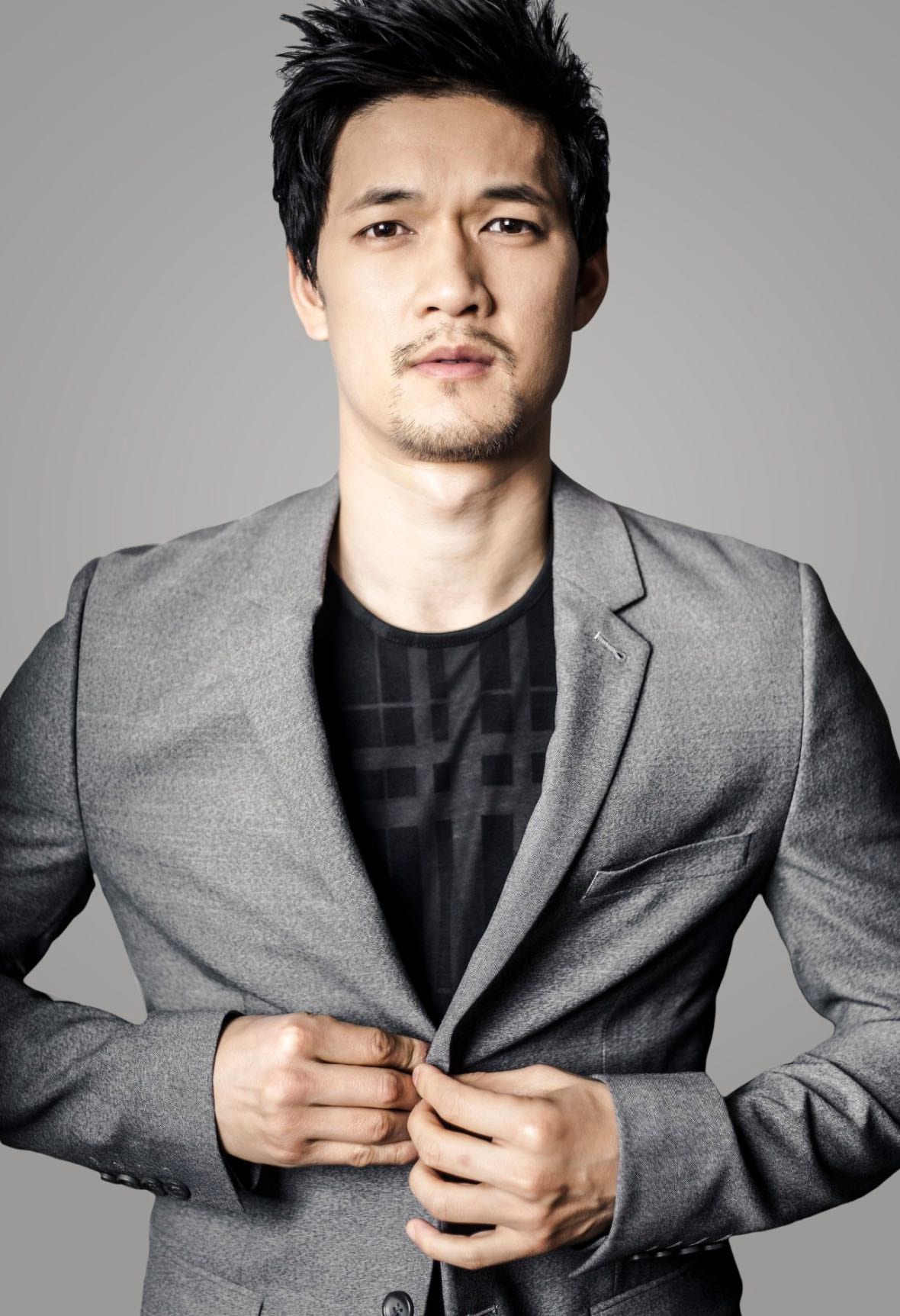 Try to frame this character in your mind: an ancient warlock, born somewhere in Jakarta during the 17th century to a half-Dutch, half-Indonesian mother and a Prince of Hell, Asmodeus. Magnus Bane is over 400 years old, morally dubious, debonair, and brimming with devilish powers.

Before now, it was only a pipe dream that such an instantly iconic and strikingly likable character would have slotted into several factions of literature and television representation. But thanks to Harry Shum, Jr.’s remarkable portrayal of one of Shadowhunters’s most crucial ingredients, Asian & LGBTQ communities finally have a rich, complex character for the fantasy genre.

Utterly snorting in the face of Twilight’s seemingly endless coven of aggressively heterosexual Cullens and the latest Fantastic Beasts’s abysmal attempt to translate Dumbledore & Grindelwald’s romantic relationship out of the shadow of subtext and failing miserably, Magnus Bane finally addresses the glaring gap of representation in fantasy literature. 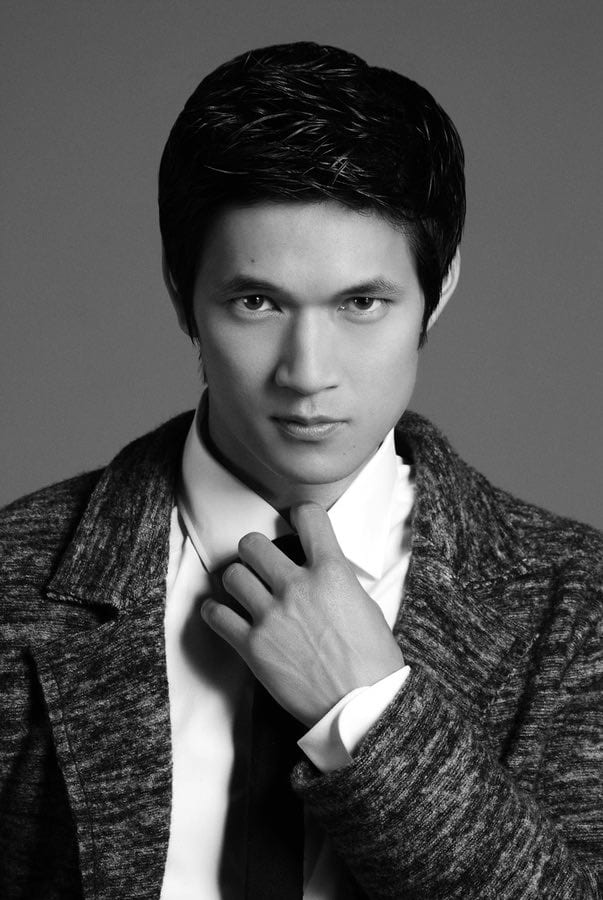 We asked some eager Shadowhunters fans, all still royally pissed by the show’s unceremonial cancellation way before its time, and they all had nothing but inspiring things to say about one of its cast’s most vital members.

@Silke_Mi recognized Shum’s ability “not only to understand that there are many shades between black & white, but to make others see these shades” – a beautiful acknowledgment of the tangible emotional range he gives his portrayal of Magnus. 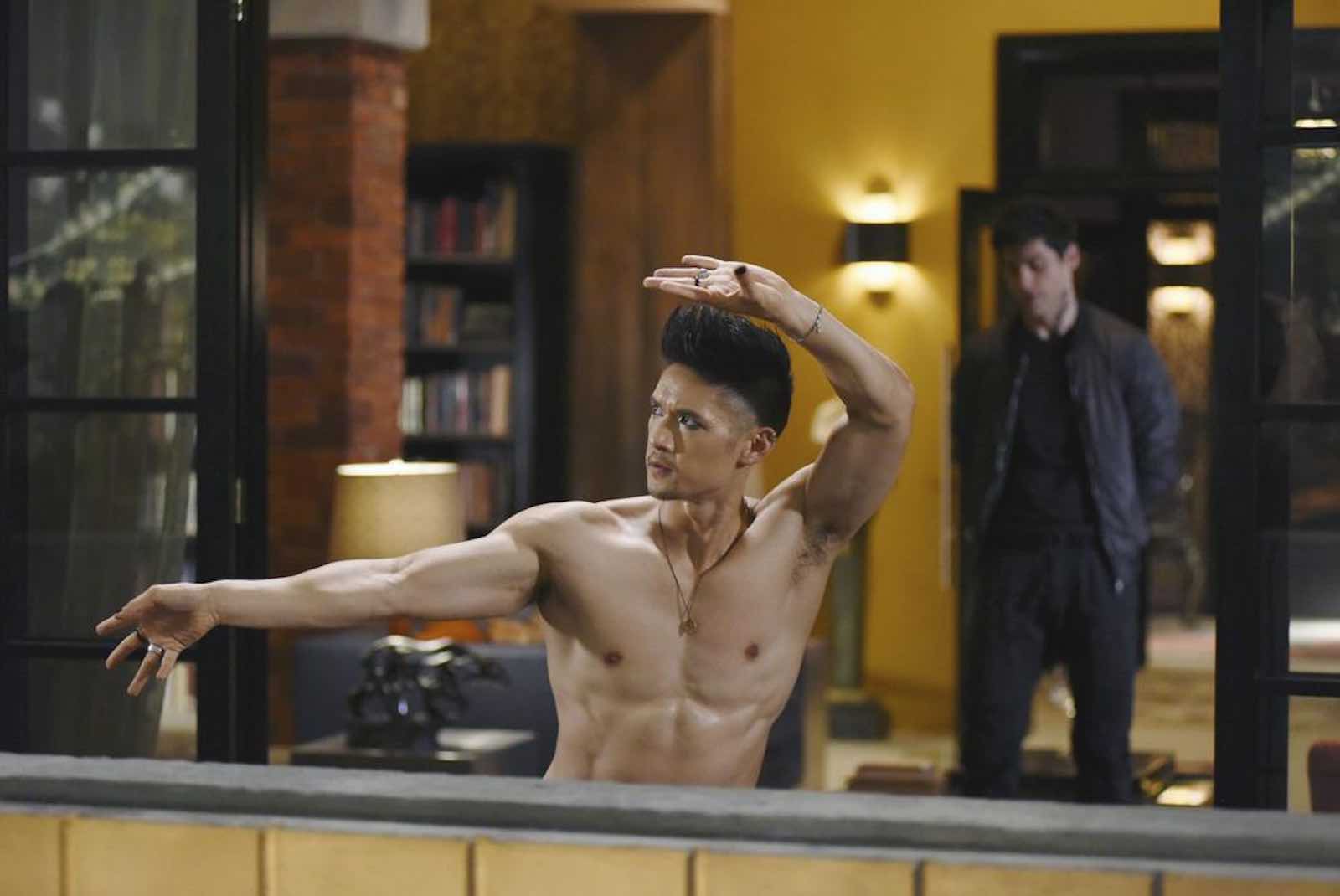 @MorganaLFay proves how much of a role model the actor is for his fans. “He’s helping ppl with their anxiety, insecurities, fear, telling them they’re not alone and helping them out of their shells.” A vocal advocate for mental health awareness, Shum is frequently found interacting with his fans either on Twitter or in person.

So many Shadowhunters aficionados have nothing but lovely things to say about the actor after chancing across him and asking for a cheeky pic. Of course, he’s always happy to oblige. Check out this interaction from fellow Demon Hunter @HerondaleQueen1:

“Harry Shum Jr is one of the most kindest and cutest persons I’ve ever known . . . I admire him so much.” 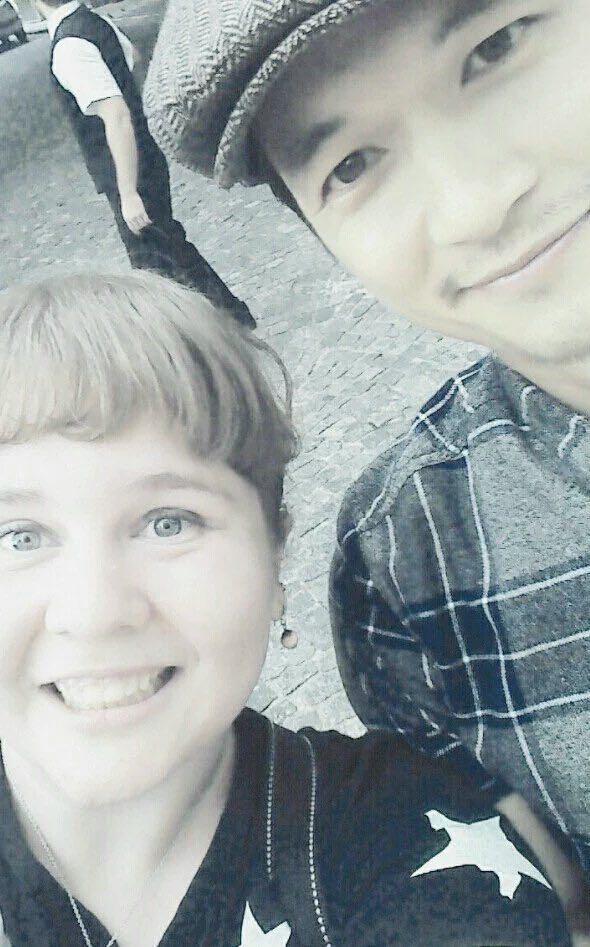 @HRRYBLCKPNK, a fan account dedicated solely to Harry Shum, Jr. (and who can blame them?), sums it up perfectly. “He’s always so genuinely kind and doesn’t have a problem to chat and take pictures with fans even tho he’s working.”

So many of his fans echoed their thoughts that the actor is never reluctant to dive right into fan interactions and brighten up anyone’s day. @SAspihesi deems “The love he has for his fans is never-ending”, second only to his “out of this world” dance moves, while @ShumDarioNews loves that “he’s had this amazing career, yet always stayed down to earth and is incredibly kind, especially with his fans.”

And just check out this incredibly heart-warming Twitter interaction between @sh_wunderlust and the man himself if you needed any more convincing: 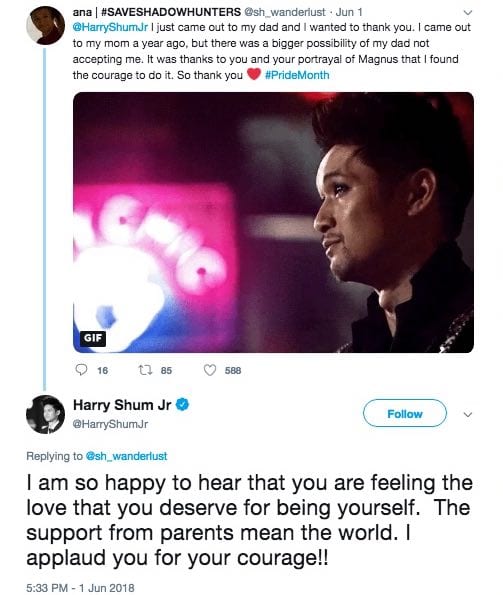 From his fandom support to his full-time dedication to bringing Magnus Bane to life, Harry Shum, Jr. is the kind of star who not only makes us tune in every week, but gives us someone to admire and inspire us. The world will lose one of its brightest rays of light when Magnus Bane is no longer on our screens, so the Shadowfam is making it their goal next year to come out in full force to support his future projects – and of course do all they can to #SaveShadowhunters.