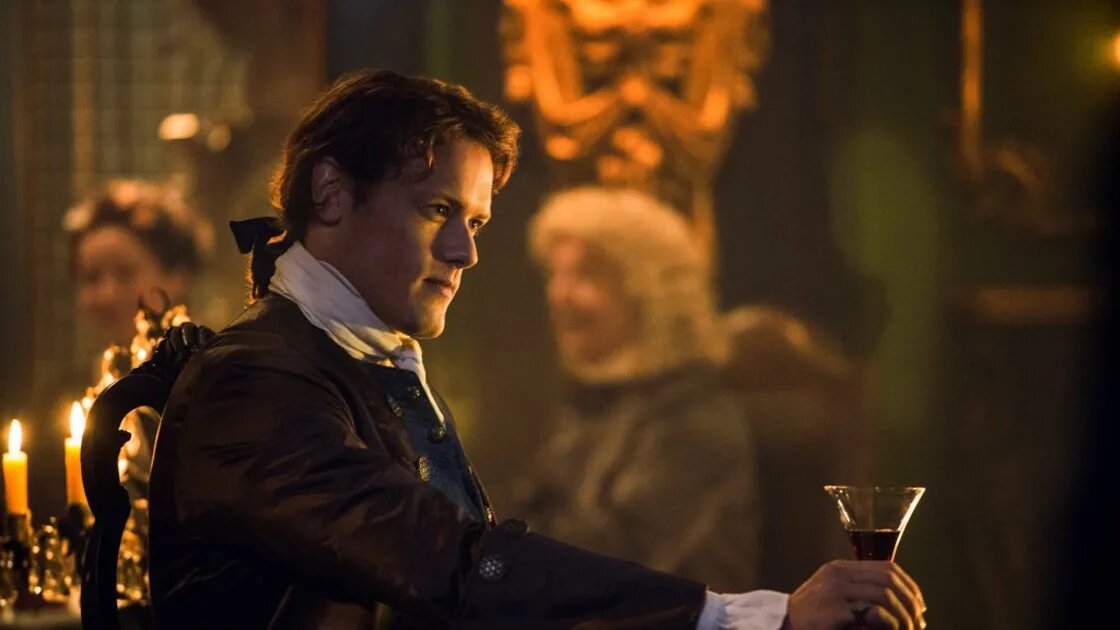 Sam Heughan from ‘Outlander’: Why we want him as the next James Bond

Anyone who watches Outlander can’t help but be wooed by the dreamy Sam Heughan. Heughan’s character, James “Jamie” Fraser, is impossible not to fall head-over-heels in love with – it’s no wonder Claire chose him over her husband. Anyone feigns in comparison. Heughan even makes kilts look hot – and that ain’t easy.

Sam Heughan kills it as a strapping young Scottish broad enchanting his lovely “sassenach” with his enticing courageousness & hot bod. Actress Caitriona Balfe & Sam Heughan have amazing chemistry – large part, no doubt, due to Heughan’s uncompromising charm. But where next can we see Sam Heughan flex his charismatic wonders? Rumors have been circulating that Heughan may be our next James Bond.

After Daniel Crag announced he would no longer continue on as Bond in the franchise, everyone has been wondering – who will replace him? Our top pick: Sam Heughan of course! Could anyone else even compete? These rumors haven’t been entertained much officially, but Heughan did share in an interview with Esquire that he has auditioned for the role in the past. Here’s why we hope Sam Heughan becomes the next James Bond. 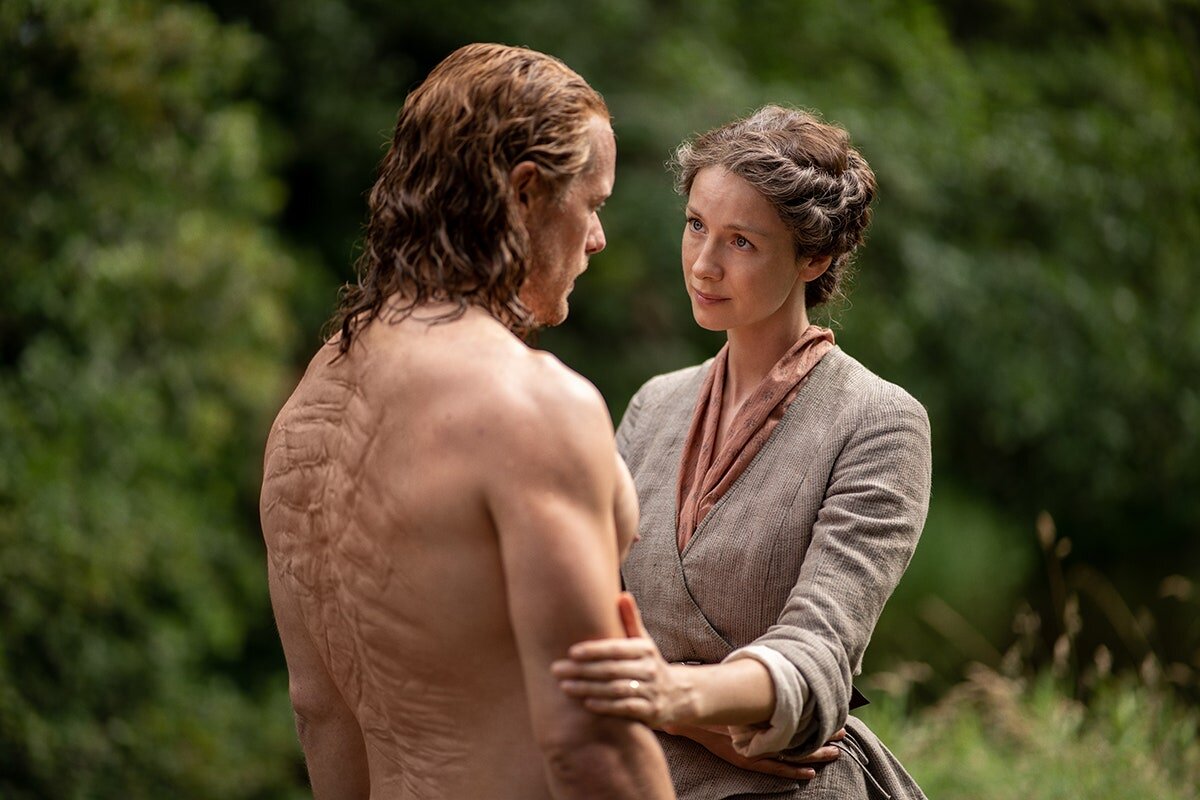 Some may think – hold on, Sam Heughan can’t be James Bond because Bond is always English not Scottish. However, while people believe this because of Bond’s famous English accent, they are actually mistaken. The first ever actor to portray James Bond is Sean Connery who, in fact, is Scottish. Connery played the iconic character for over twenty years, and he lit the way for every actor to follow.

Why not go back to Bond’s cinematic roots and cast another Scottish actor as James Bond? Wouldn’t a touch of the classic Bond lineage give the new movies a nice flare? Not to mention, Heughan has convinced us that Scotts are sizzling hot in Outlander – which is a requirement for the character James Bond. Heughan toys with us in an interview, saying, “I mean, we want a Scottish James Bond, don’t we?” Yes, yes we do! 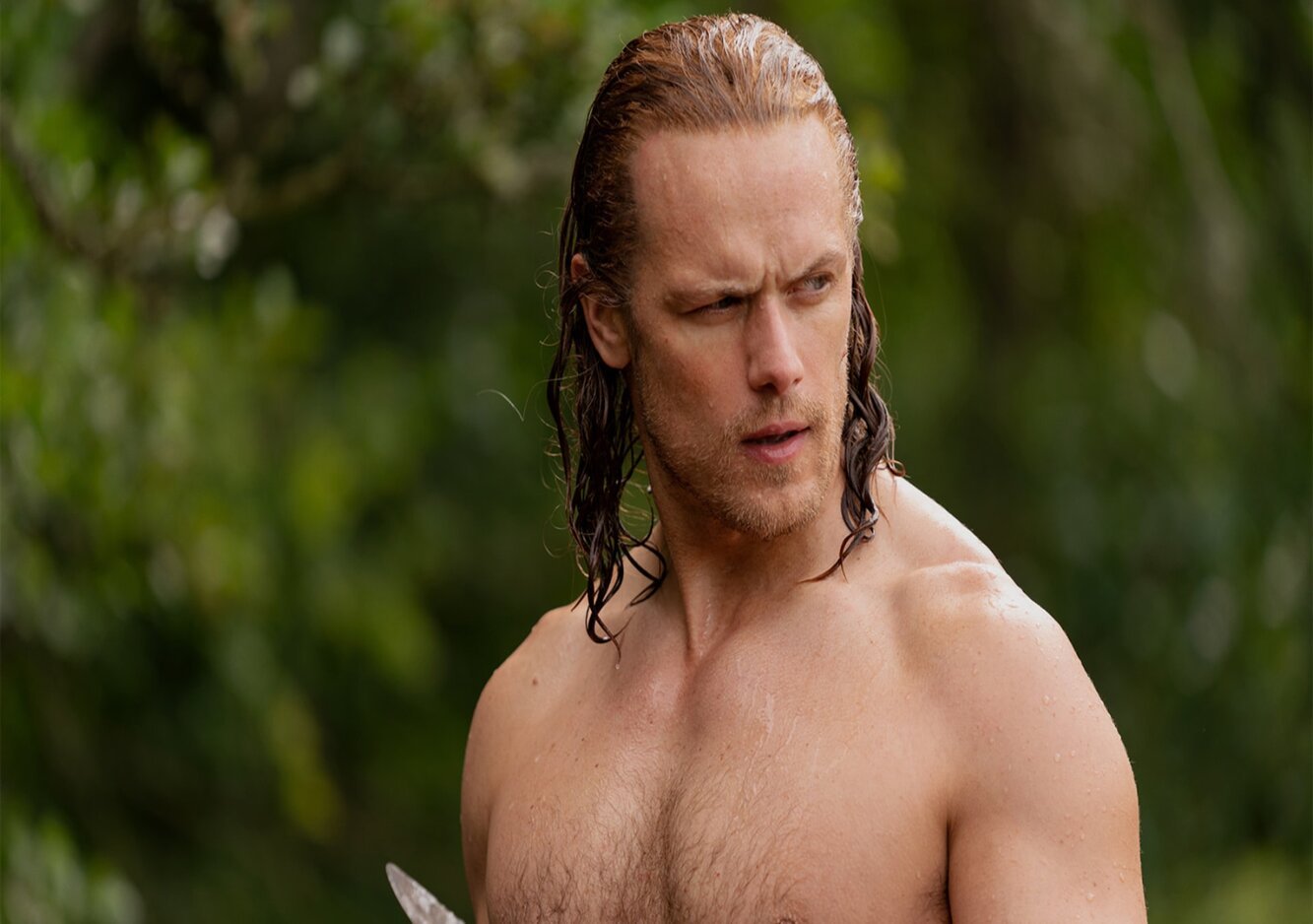 Everyone knows James Bond is a famous womanizer. To get women you not only have to talk to the talk – you have to walk the walk. We don’t really have to convince you that Sam Heughan is hot – just look at him. But here’s even more evidence: Sam Heughan was (nearly) unanimously voted by fans as sexiest British period drama star of all-time. Moreover, Heughan has the youth for the role – as he explains:

“Back when they were rebooting, Bond 21, when Daniel Craig came on board, they were talking about making him younger. I don’t know what happened, but very recently, I became the bookie’s favorite to play Bond, which is kind of random and very strange.” 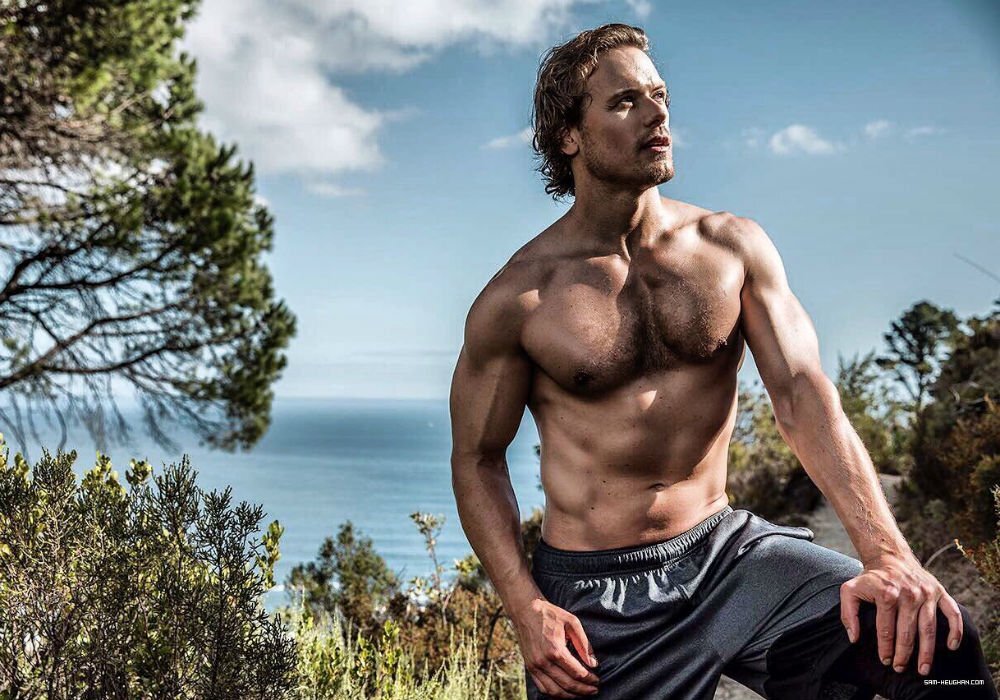 Actually Sam, it’s not random or strange. If we have to see James Bond getting it on with many women and fighting enemies, we want it to be you. In Outlander James Fraser has many sex scenes, and each one (besides of course the assault) is steamy as can be. Outlander also depicts Jamie as a strong, sexy soldier gifted in the ways of combat. We’re weak in the knees watching almost every scene Heughan is in.

Also, we’re just going to say this outright – Sam Heughan is way sexier than Daniel Craig. Just put the two side-by-side – Heughan wins by a landslide. He definitely has the sex appeal that is vital for the role. 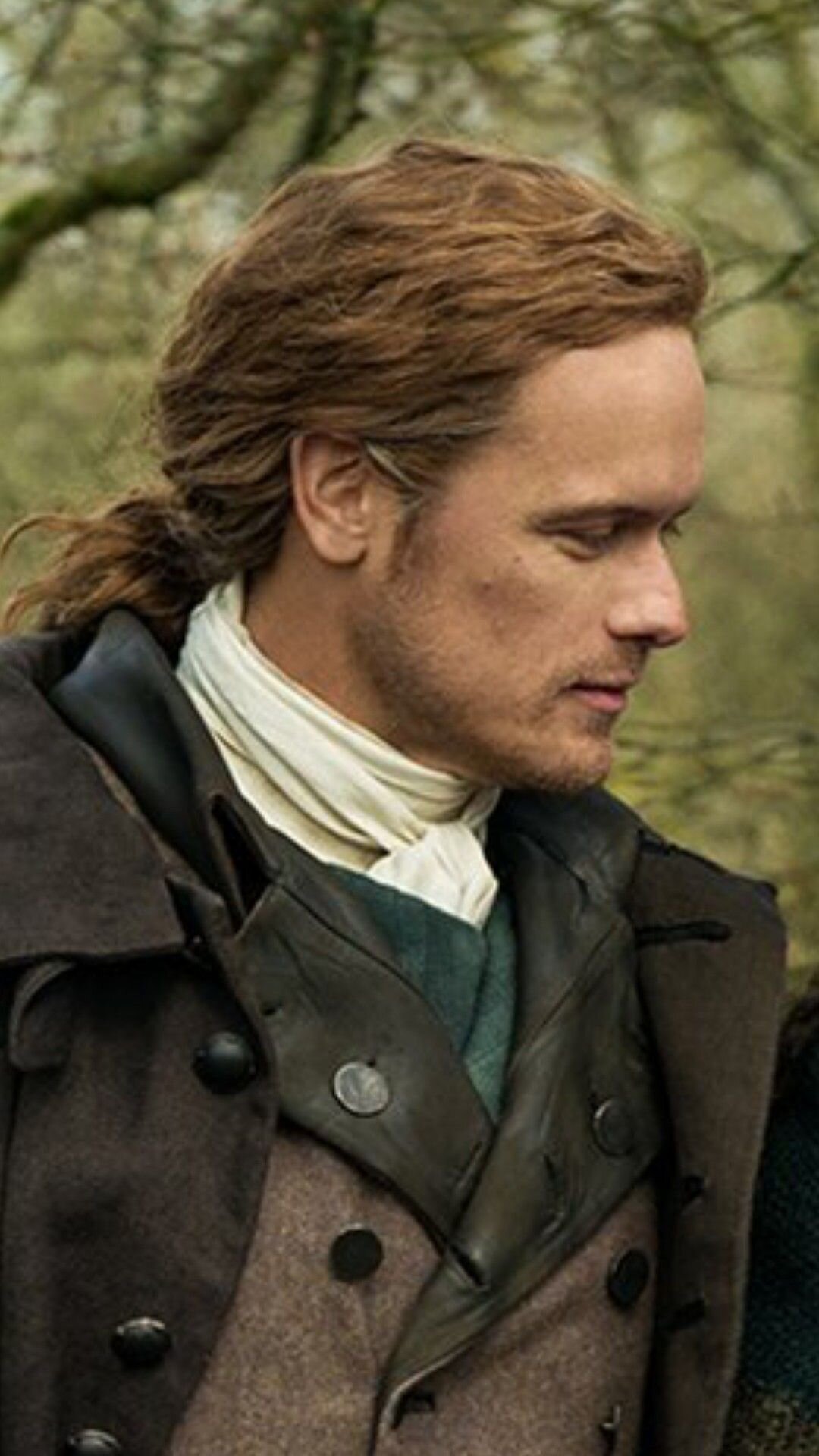 However, hunky Heughan is much more than just a pretty face. As James Fraser in Outlander, Heughan has shown his ability to convey heroism, tenderness, & wit. Jamie will stand by Claire every step of the way – always her knight-in-shining-armor. (Even though Claire doesn’t always need it.)

Heughan’s character recognizes Claire’s great independence & intelligence and loves her more deeply for it. Can we finally have James Bond that respects women like Jamie does, please? Sure, James Bond may have more than one love interest, but that doesn’t mean that he has to be a douche.

On and off screen, Heughan has a rare mix of charisma & humility that is intoxicating. Down-to-earth & quippy, Heughan would breathe new life into James Bond – maybe the salacious spy would be less grossly depraved & more romantic like Jamie. Refreshingly pure but a total heartthrob, a Jamie-esque Bond would be perfect. With all of the stories of sexual assault surfacing, Heughan’s Bond would be the one we need.

All the best TV sex scenes: Proof we’ll be missing out thanks to COVID-19

Film and TV: How do celebrities prepare for difficult sex scenes? 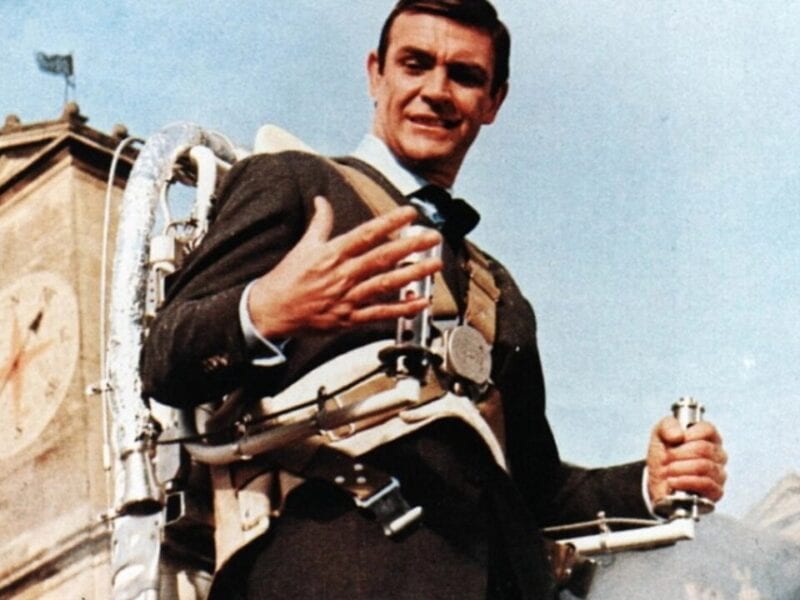 The most useful gadgets in the history of James Bond