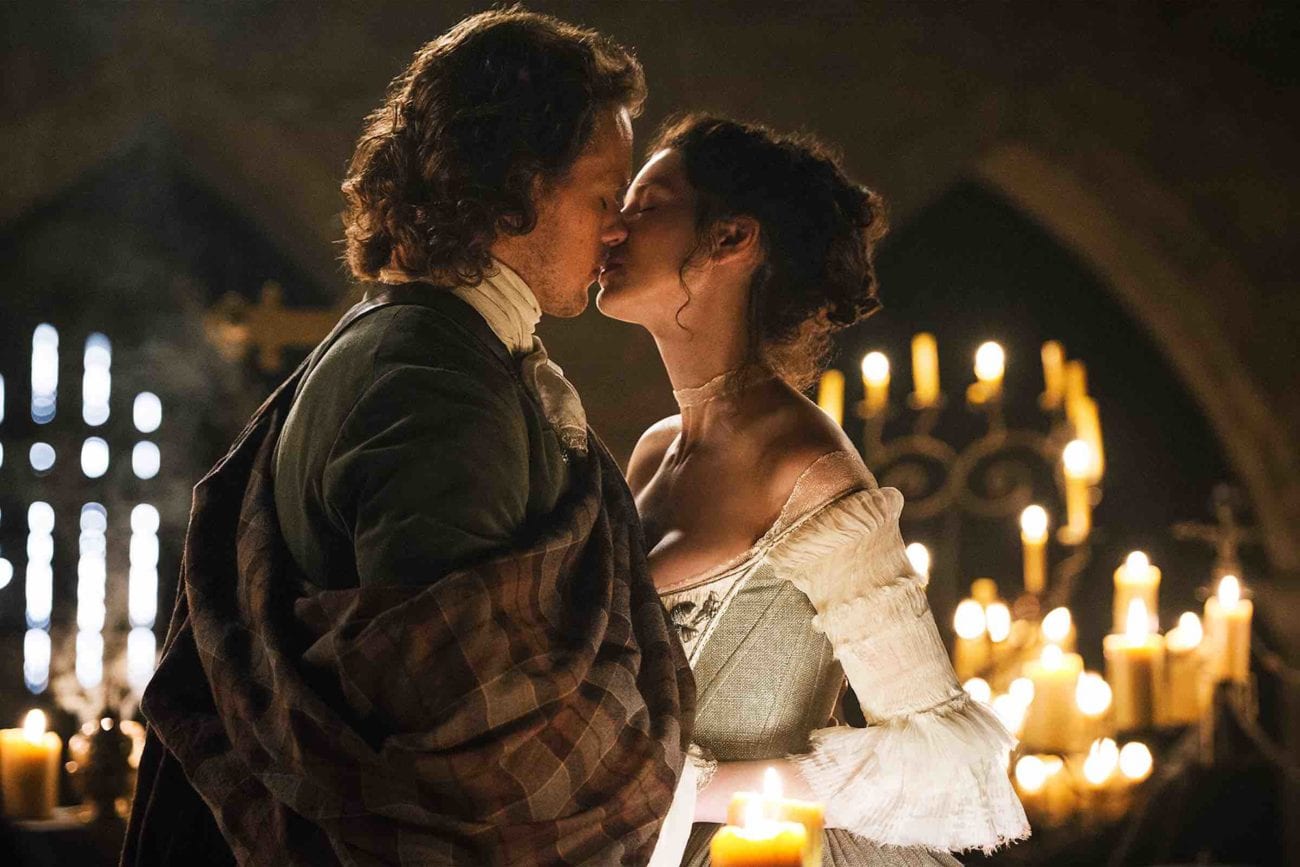 Since Outlander was adapted for television and premiered in 2014, it has become a huge hit. The time-travel drama effortlessly weaves historical fiction with romance, captivating audiences. With Sam Heughan as Jamie Fraser and Caitriona Balfe as Claire Randall, the chemistry flowed and viewers are completely sucked into their love story.

Outlander’s Jamie and Claire just might be TV’s most romantic couple. Let us count the reasons why, and if you have your own ship love, tell us in the comments. 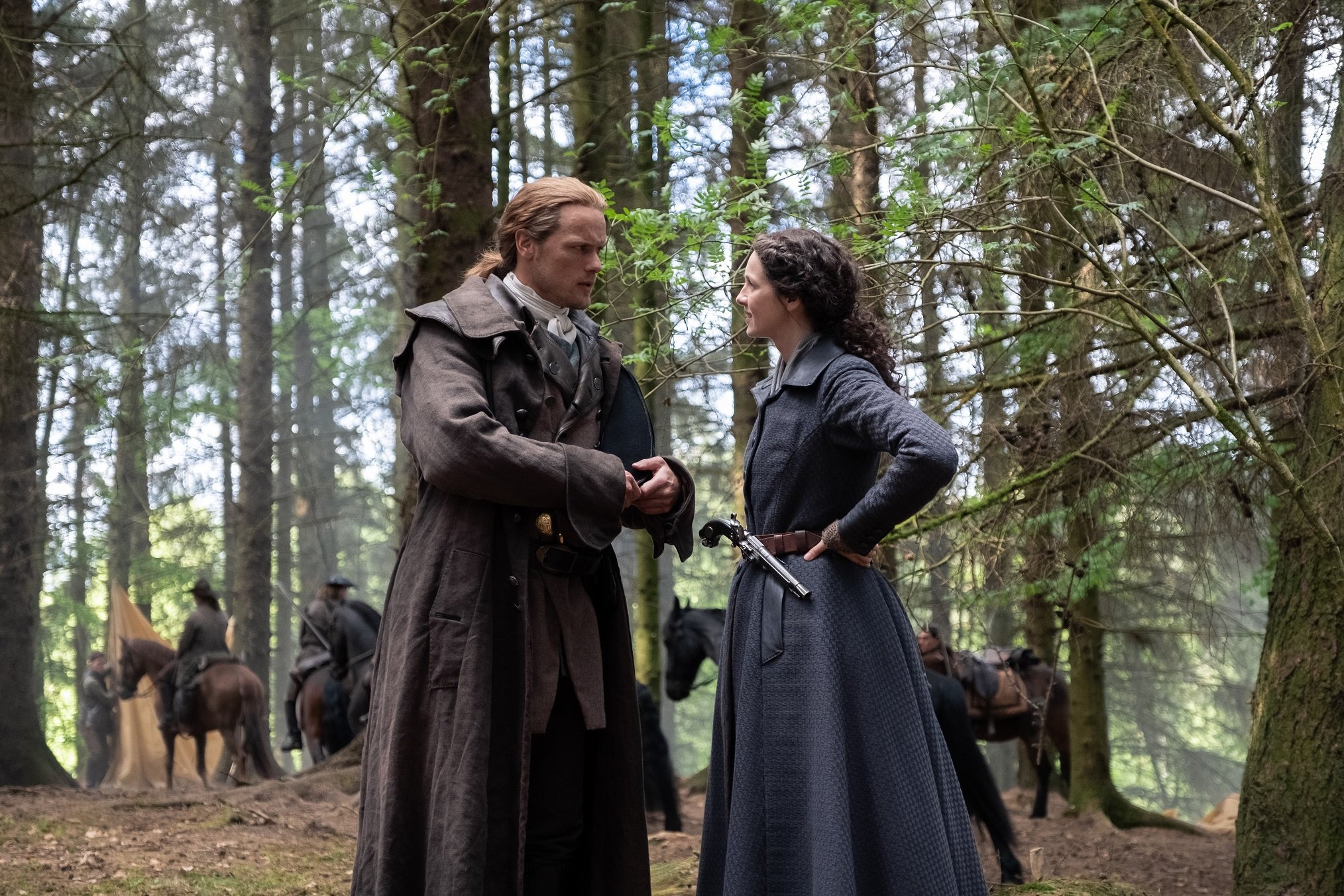 Jamie Fraser is pretty ahead of his time. He believes in women’s rights and doesn’t judge Claire. He accepts Claire’s knowledge of the future and lets her take the lead on how they should handle current events to prevent disasters. His loyalty to Claire is swoon-worthy and unbreakable. 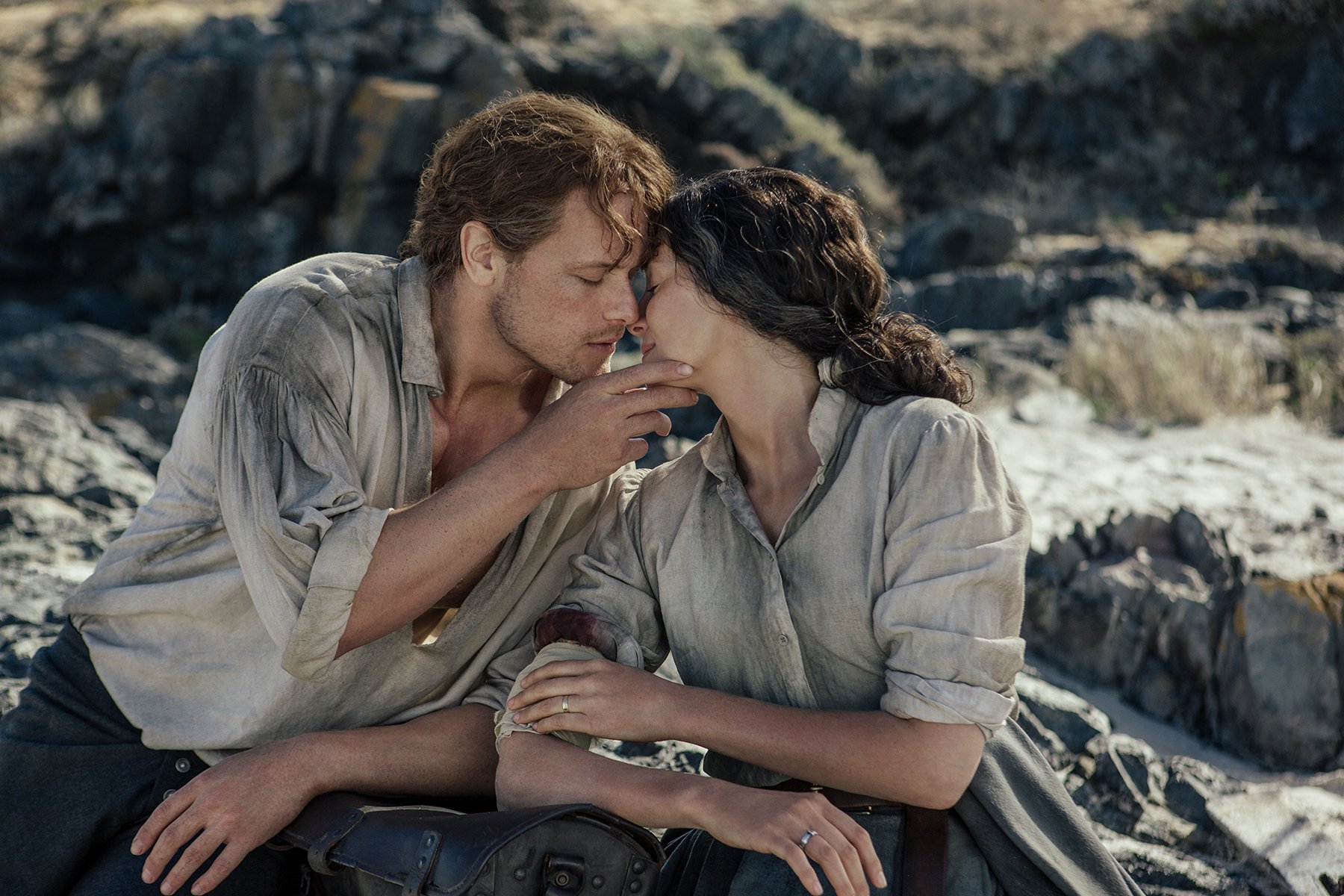 The support each other no matter what

In the season two finale, Jamie takes Claire to Craig na Duhn ahead of the Battle of Culloden. In the scene, Jamie tells Claire that the only way he can guarantee her safety is if she went through the rocks and back to the future.

Jamie makes this sacrifice even knowing that Claire was pregnant with their child and there was no guarantee they would see each other again. 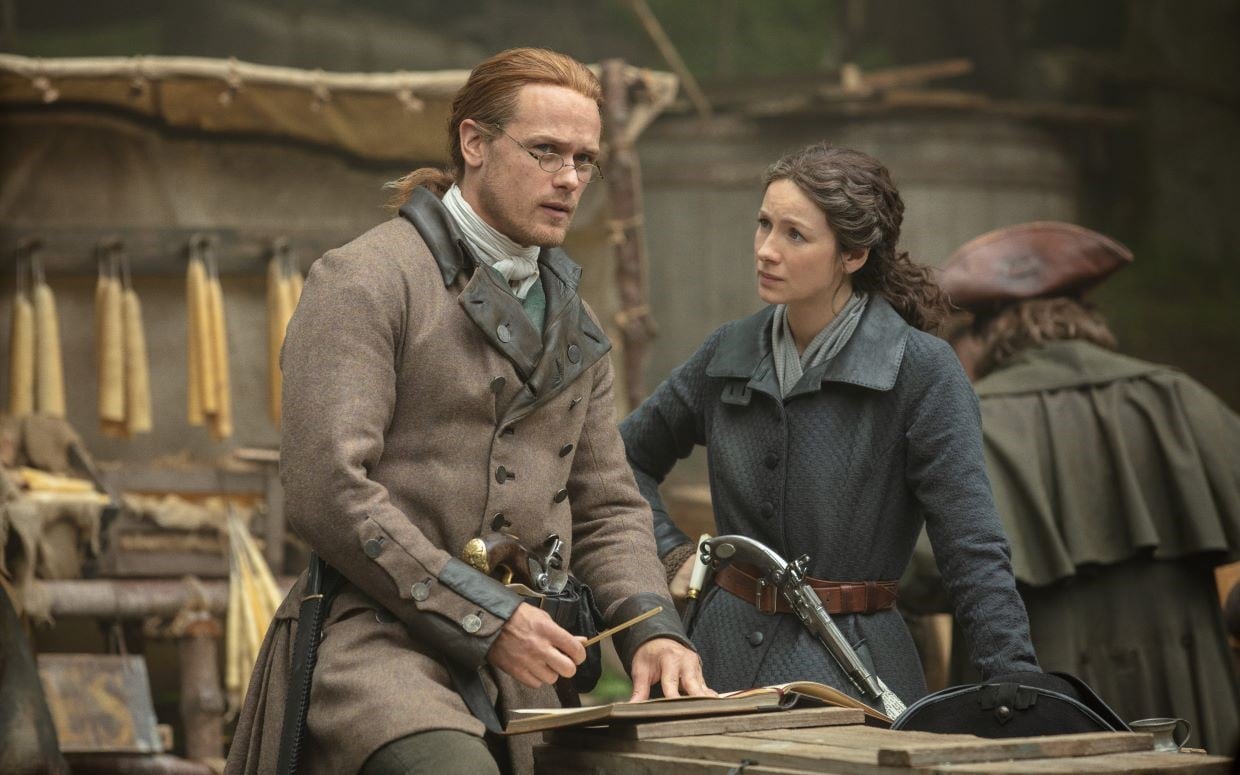 Outlander’s Jamie and Claire repeatedly show how they respect one another by not rushing to have sex on their wedding night. Instead, they decide to get to know each other better with a conversation. 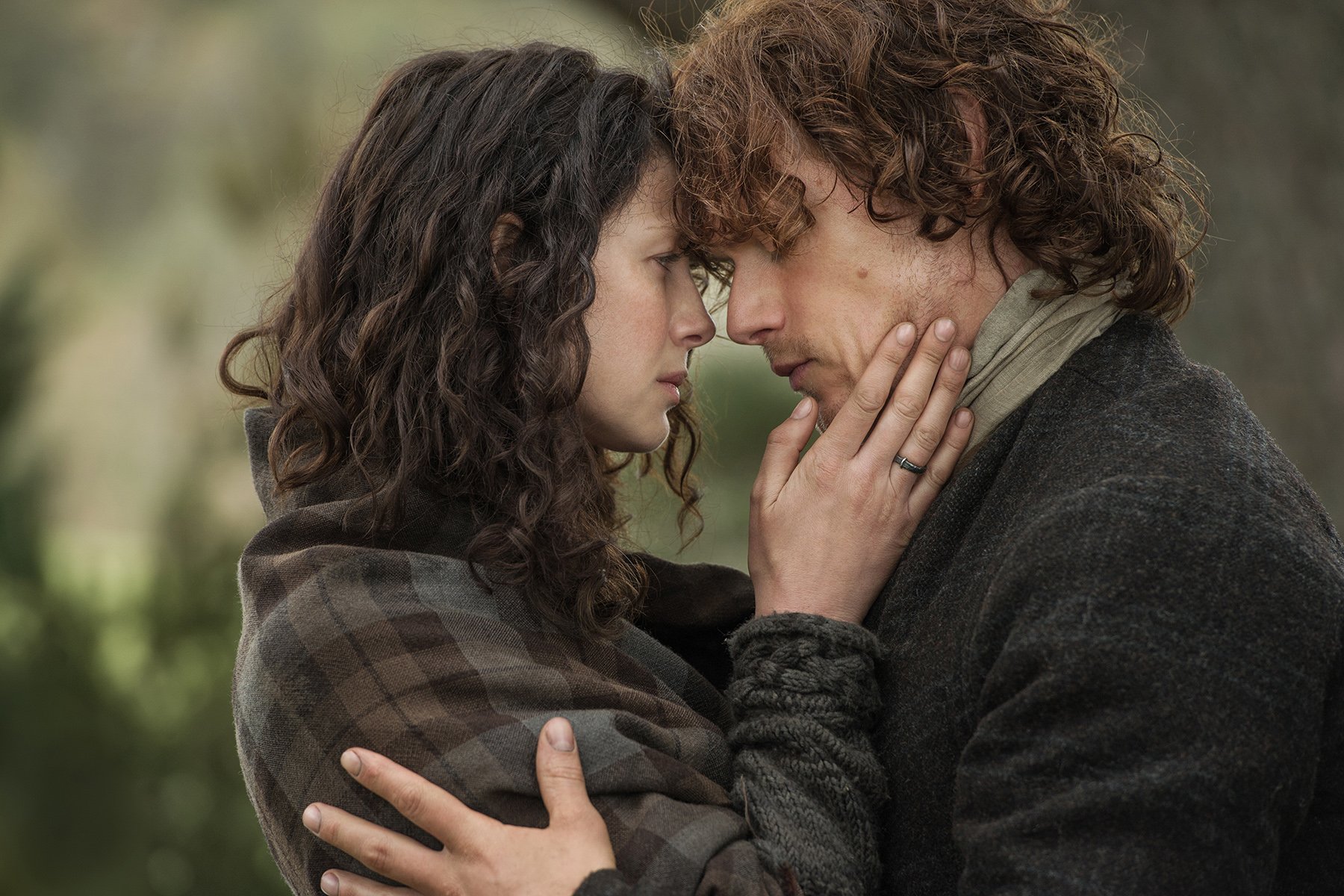 Jamie gave himself to Randall to protect Claire

Captain Jonathan Randall has always been seen as a cruel and abusive character in the Outlander universe. It’s still incredibly shocking to see Jamie making the ultimate sacrifice by enslaving himself to the Captain in exchange for Claire’s freedom. After releasing Claire, to show his dominance Randall forced himself on Jamie and raped him.  While this storyline is hard to watch, its inclusion goes to show just how much Jamie loves his wife. 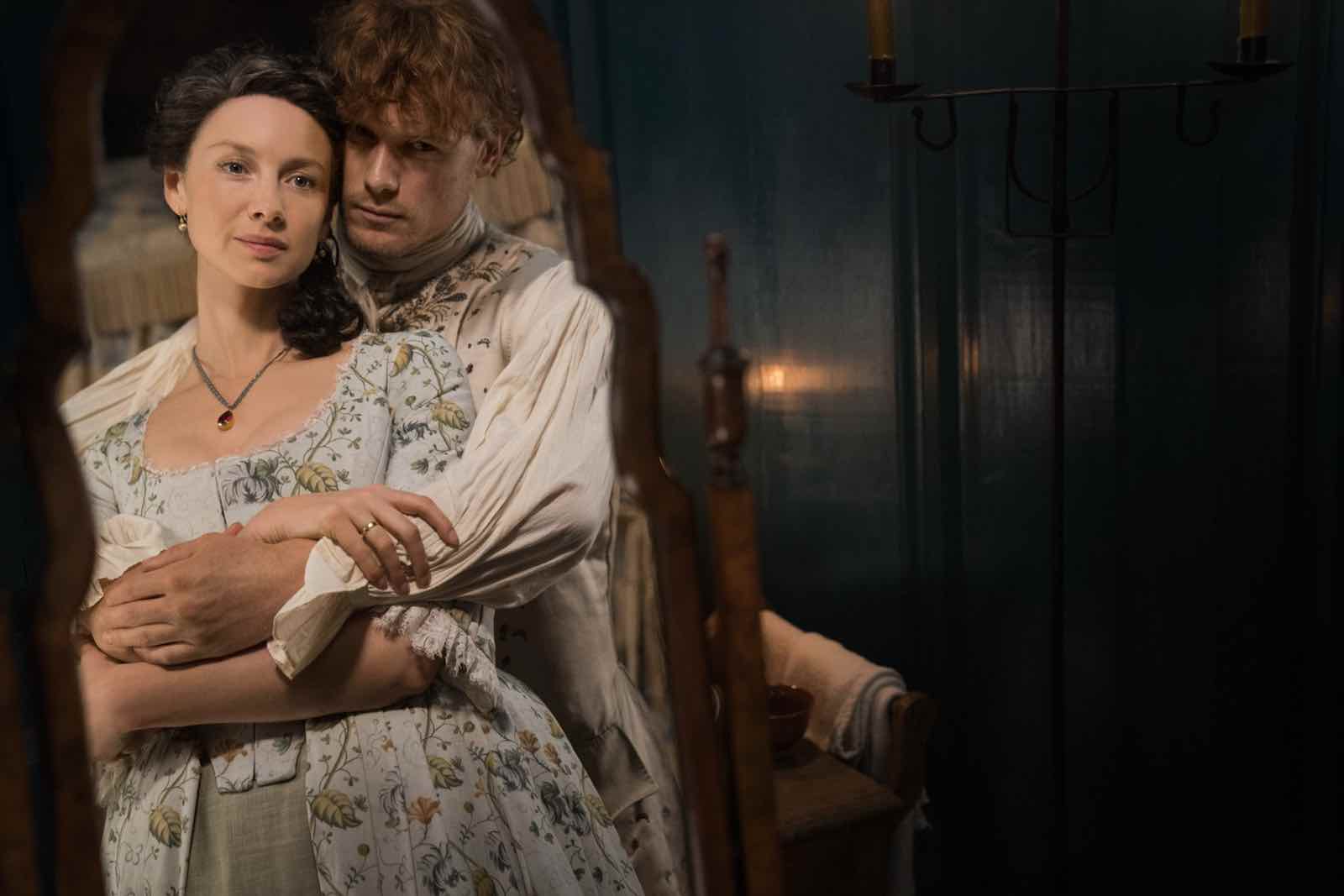 Jamie goes to jail for his illegal battle with Black Jack Randall in Paris. Claire is dealing with her miscarriage and still goes to meet with the king and plead for Jamie’s freedom so they can return to Scotland. Claire is willing to do anything for her husband’s freedom.

She offers the king the name of a sorcerer he has been searching for via the powers she has as “La Dame Blanche.” In addition to that, she offers up her body to the king. Something she cherishes the most but would give her all to get her husband back.

If you’re a massive Outlander stan, do sign up for our newsletter. We promise only to send you the most relevant news, contests, quizzes, and polls.