At the beginning of Hulu’s new documentary Tiny Shoulders: Rethinking Barbie, we hear a series of different people offering their take on the legacy of Mattel’s iconic, plastic, and often controversial doll. She’s destined to be a polarizing figure because “femininity has always been a contested space,” one states. “She’s the symbol of America,” another proclaims.

Someone else muses that Barbie represents something far beyond the doll we all played with as children, arguing “Barbie symbolically gets caught up” in issues surrounding “gender roles, and white supremacy, and body image, and beauty myths.” Ultimately, as a Mattel worker later suggests, Barbie comes with “a lot of baggage”. 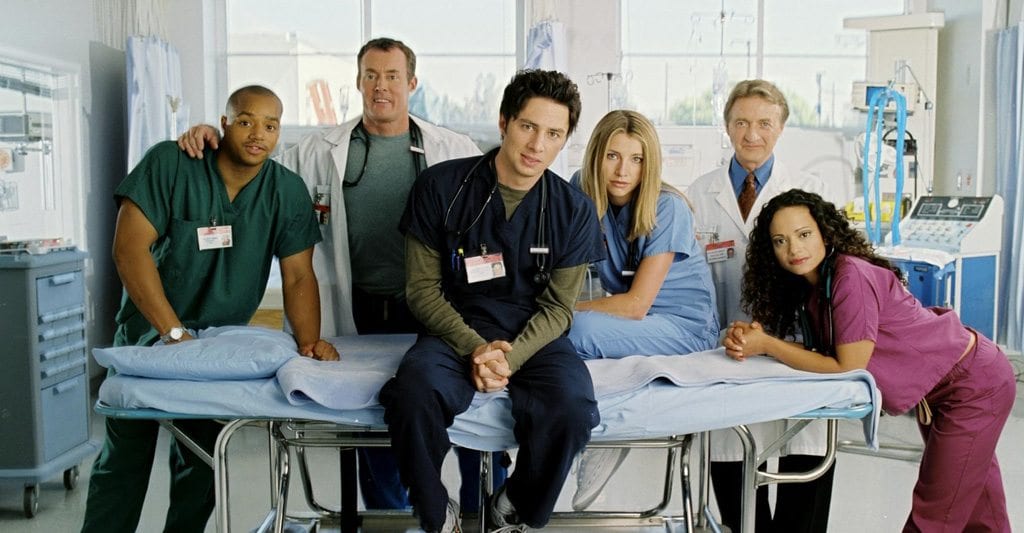 Toy market and society aside, that’s perhaps most evident in how Barbie is depicted in popular culture. The name “Barbie” has become synonymous with depicting a certain type of woman and is exchanged on screen as a barbed insult.

It’s the name that Dr. Cox (John C. McGinley) repeatedly uses to denigrate Elliot (Sarah Chalke) with during Scrubs; is the reference that Otis (Bill Moseley) reels out as a slur against a female victim during House of 1000 Corpses (“you Malibu middle class Barbie piece of shit!”); and it’s the persona that all the vacuous mean girls dress up as in Never Been Kissed (thus proving that they’re total trash).

All of this is understandable. In recent years, Barbie has suffered a decline in popularity and in sales. As Tiny Shoulders: Rethinking Barbie highlights, the classic doll hasn’t kept up with modern trends or social changes and her impossibly shaped figure, porcelain skin, and white blonde hair are hardly representative of modern America.

Barbie started out as a renegade career woman at a time when this simply wasn’t an option for the average housewives who may have watched their daughters play with the ambitious toy. But over the decades Barbie soon became a plastic relic; an icon of mass consumerism and disposable playthings with little else to offer young girls. 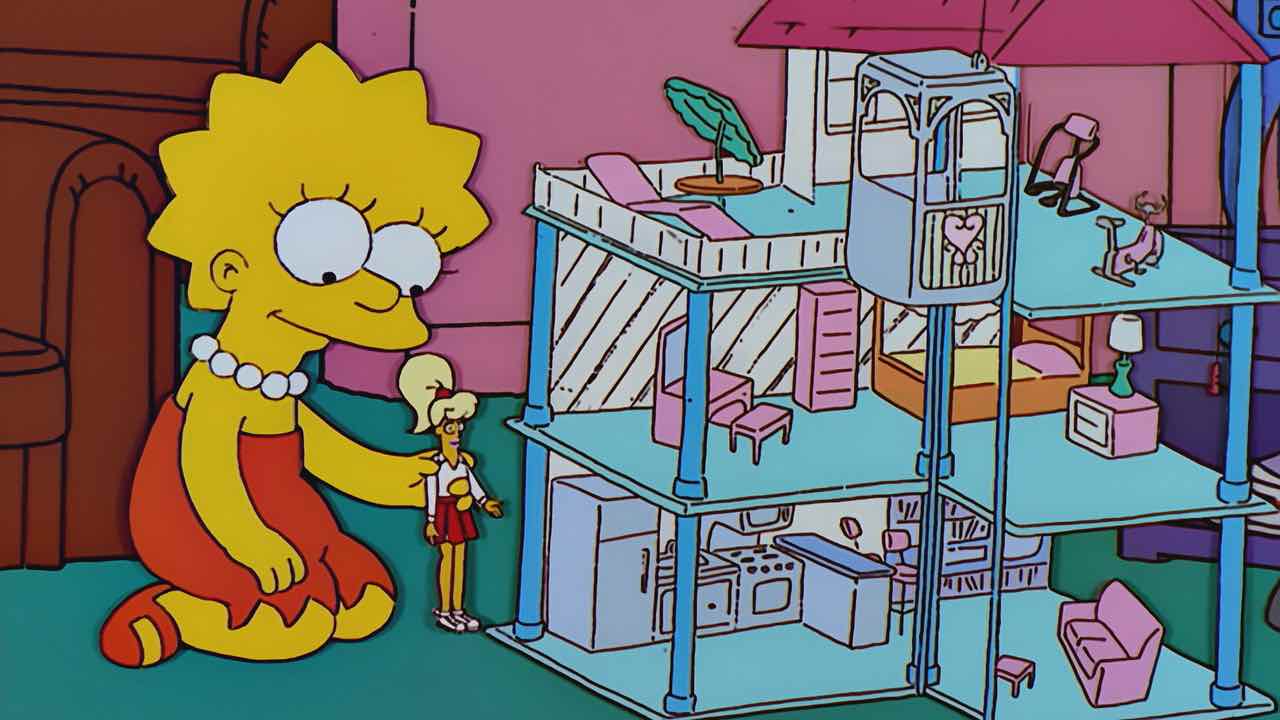 In the 1994 episode of The Simpsons titled “Lisa vs. Malibu Stacy”, we see little Lisa Simpson (Yeardley Smith) raging against this idea as she discovers her latest Malibu Stacy doll is fortified with a series of pull string sexist sentiments like “Thinking too much gives you wrinkles” and “Don’t ask me, I’m just a girl”.

Clearly based on Teen Talk Barbie – a version of the doll released in 1992 that spouted such dismal “teen talk” phrases as “Will we ever have enough clothes?” and “Math class is tough!” – bimbo Barbie was in full effect. 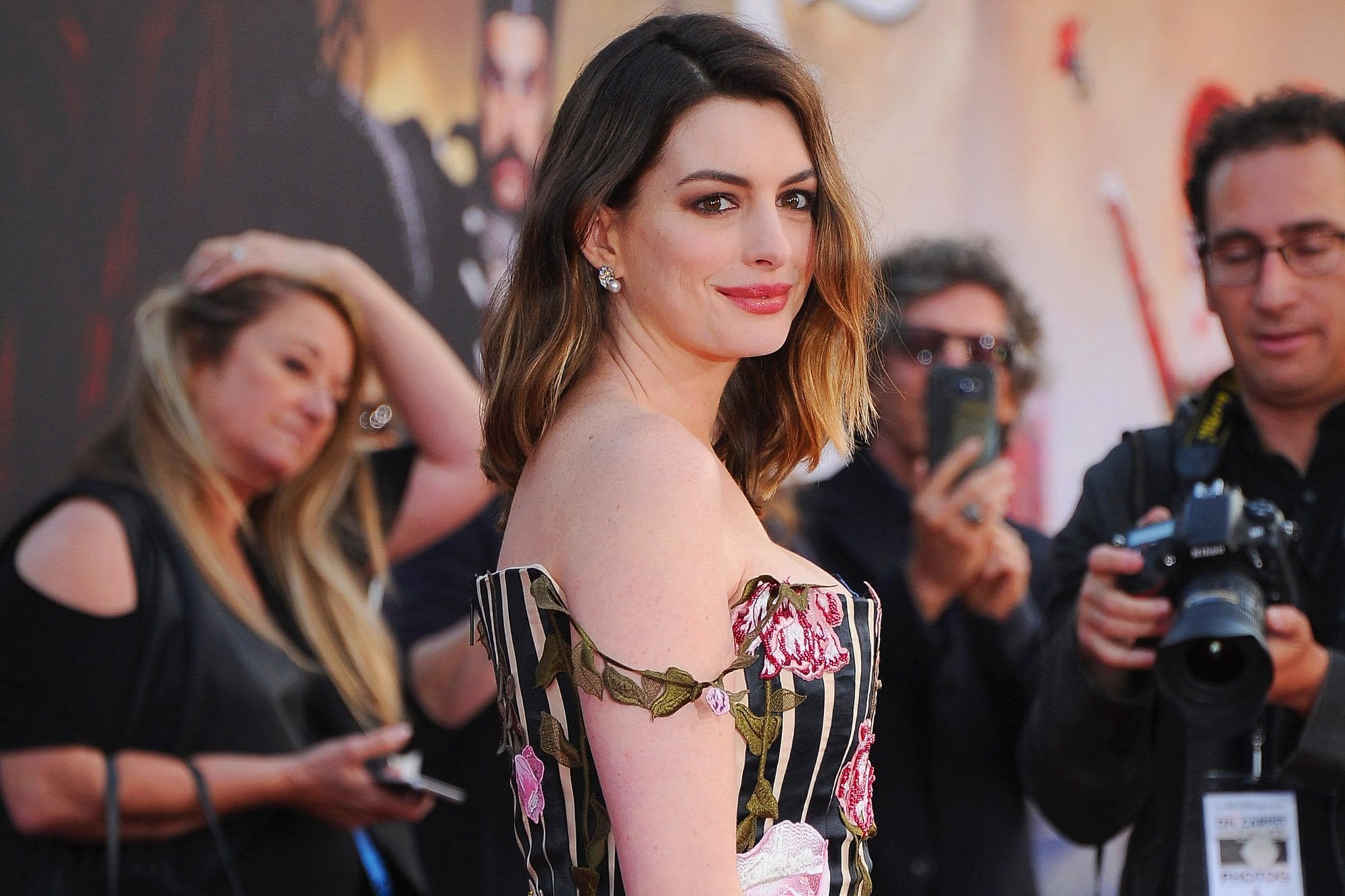 Distraught, Lisa seeks out the creator of Malibu Stacy, Stacy Lovell (played by an on form Kathleen Turner) and makes an aspirational toy called Lisa Lionheart with the woman who she hopes will inspire little girls to be smart, ambitious, daring, and confident.

However, when it comes to releasing the toy, it’s a massive failure overshadowed by the release of a new Malibu Stacy toy – an updated version of an older model who just happens to come with a new hat.

However, a closing shot shows one little girl looking clearly delighted with a Lisa Lionheart doll. “If we get through to just that one little girl then it’ll all be worth it,” Lisa states optimistically, measuring success in positive influence instead of dollar signs.

The episode powerfully highlights that representation is important. And that’s as apparent in TV and film (where many of Hollywood’s most popular and best paid female stars are as blonde, white, and impossibly skinny as the classic Barbie doll) as it is with toys.

The more that Barbie has been depicted as a superficial bimbo, the more it’s become the overwhelming legacy of a progressive doll that once assumed the role of an astronaut decades before the first human woman was able to and that took the role of a presidential candidate back when Hillary Clinton was just Bill’s other half.

In 2010, Toy Story 3 both played up to and masterfully subverted Barbie’s bimbo persona with the doll shown swooning for Ken (Michael Keaton) and shrieking over a closet stacked with outfits. All the while, Barbie (Jodi Benson) looked as bright-eyed and dim-witted as ever. 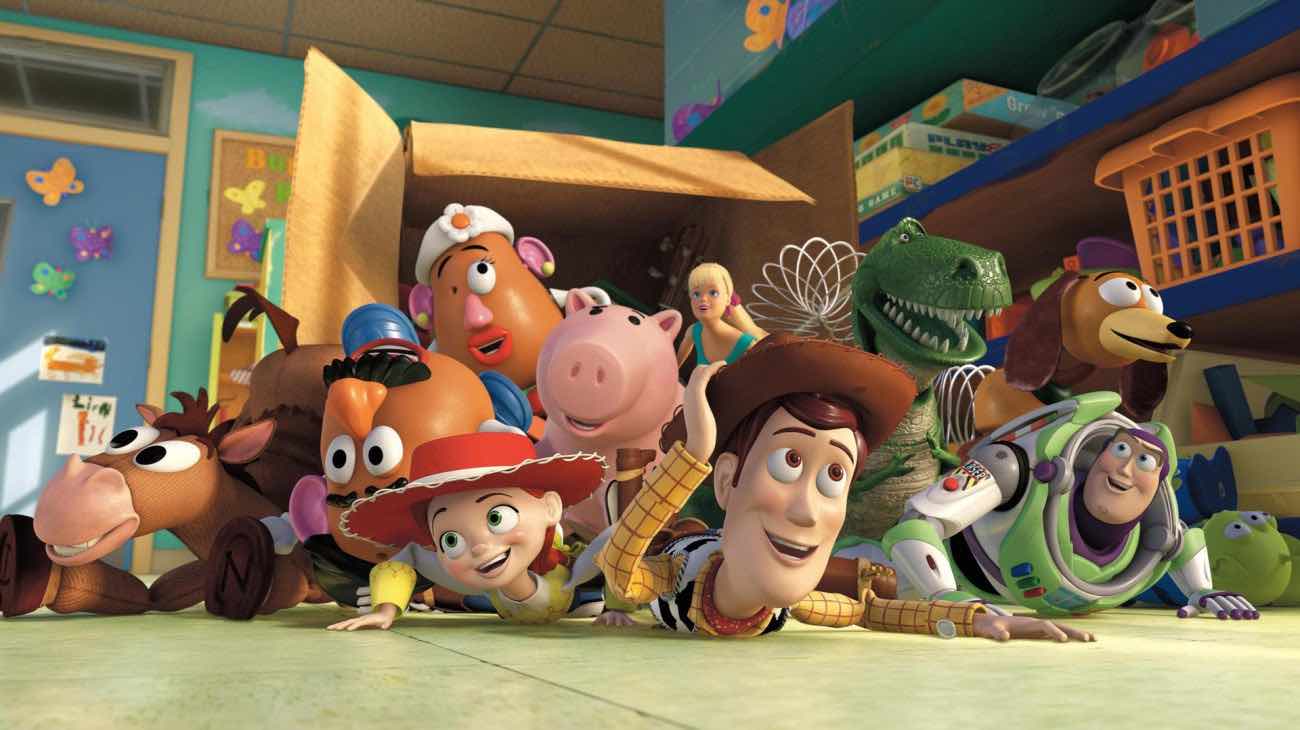 However, later on in the movie, Barbie develops some serious grit and strikes back against her beloved in a bid for information about what the evil Lotso (Ned Beatty) has done to Buzz (Tim Allen). Barbie gets mean, ties Ken up to a ping pong paddle, and proceeds to tear up all of his cute little 0utfits right in front of him in a show of torture.

The Toy Story version of Barbie shrewdly and wittily celebrates everything that has managed to maintain Barbie’s success over the years – the doll is unabashedly feminine (even when she’s torturing someone) but at her best, she’s always had a lot more going on than just being a plastic airhead.

As Pixar’s interpretation proved, the doll is also only as stupid as we allow her to be (all pull string faux-pas aside). Barbie can take on whatever narrative we create for her and by depicting the toy as a one-dimensional dummie, we’re also carelessly reflecting some of the worst tropes of our media – female characters can only be one archetype, blonde women are idiots, and femininity and beauty are to be considered a weakness.

As we tune in to watch Westworld’s life-size Barbie dolls Dolores & Maeve prove they’re more than just body parts and disposable punching bags on HBO and we watch the queens of RuPaul’s Drag Race strut out definitions of femininity and glamor in a way that Barbie would surely approve of, the doll and everything it represents is more relevant than ever in modern society.

Whether Barbie is a vapid bimbo or a renegade of a toy is up to all of us to decide for ourselves. But if the doll truly is the symbol of America, we’d do well to think there are some brains rattling around inside that little plastic head of hers and that she isn’t just an embodiment of all the weakest stereotypes ever perpetrated against women in our culture today.