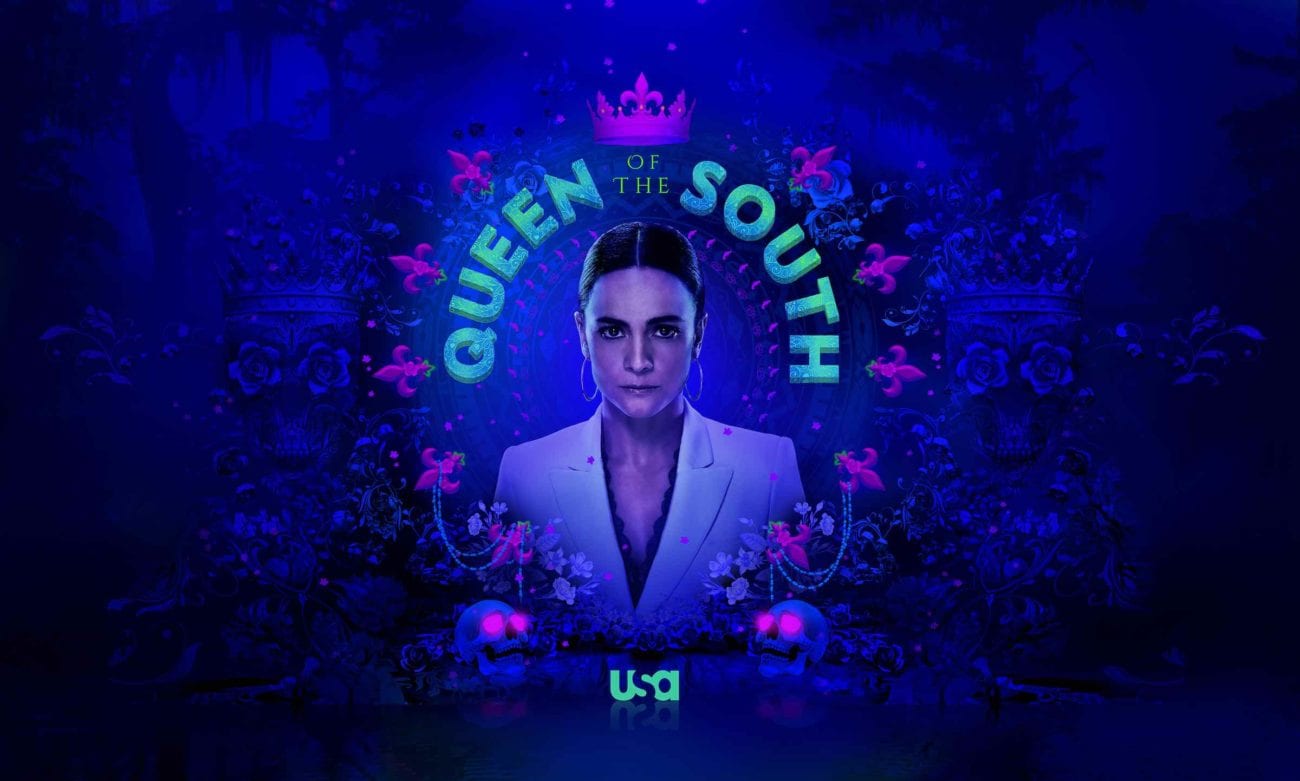 Sun’s out, guns out – the high-octane Queen of the South is currently slaying us over at USA Network. Loosely based on a true story and adapted from Arturo Pérez-Reverte’s best-selling novel of the same name, the show stars Alice Braga as Teresa Mendoza: a woman forced to run from a Mexican cartel and seek refuge in America.

As Teresa fights for survival, she strikes out as a drug smuggler and works her way up the drug cartel ladder while racking up a string of enemies along the way. In season 4 of Queen Of The South, Teresa expands her empire to the east by taking on the Big Easy: New Orleans, Louisiana. But when new enemies emerge and familial trust is broken, Teresa is forced to make difficult decisions that weigh heavy on her soul.

The show has been compared to all kinds of preceding crime dramas, from Breaking Bad to Narcos, to MacGyver. But we think Queen Of The South offers its audience so much more: Teresa is one of the most badass bossbitches we’ve ever seen on TV and her crew is the best gang ever. So to celebrate our love for all things QotS, here’s our quiz. Are you a Mendoza or Jiménez cartel member? Test yourself now.

Share via:
Tags
Alice BragaQueen of the SouthUSA Network
Author