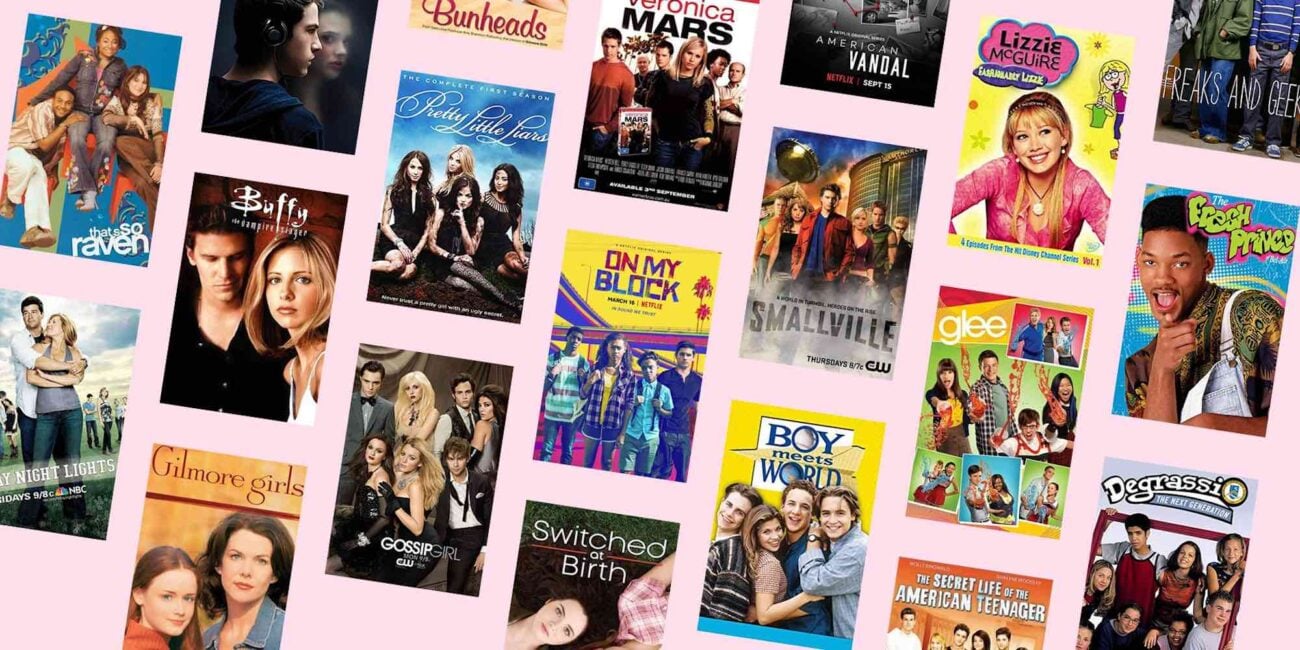 All the most popular TV shows from 2021

With the release of the third season of You on Friday, we’ve been thinking about how much TV we’ve watched this year (hint: it’s a lot). Marvel fans have had tons to chew on with the release of WandaVision, Falcon and the Winter Soldier, and Loki. Streaming services have continued to dominate the conversation where TV shows are concerned. Apple+ entered that conversation with the huge success of Ted Lasso.

Aside from the overabundance of shows set in the Marvel Cinematic Universe, Disney+ also released a Clone Wars spinoff in the form of The Bad Batch this year. Netflix saw plenty of viewership with shows like Sex Education & Squid Game, and Hulu just released the popular first season of Only Murders in the Building.

Also, HBO Max just dropped the second season of the hit show Succession, and Adult Swim released another season of Rick and Morty. Network TV isn’t dead, though, and neither is Grey’s Anatomy, which is on its eighteenth season. It’s impossible to round up every single popular TV show to premiere or return this year (we’re still waiting on the next seasons of The Great & The Witcher), but we’ve chosen some of our favorites. 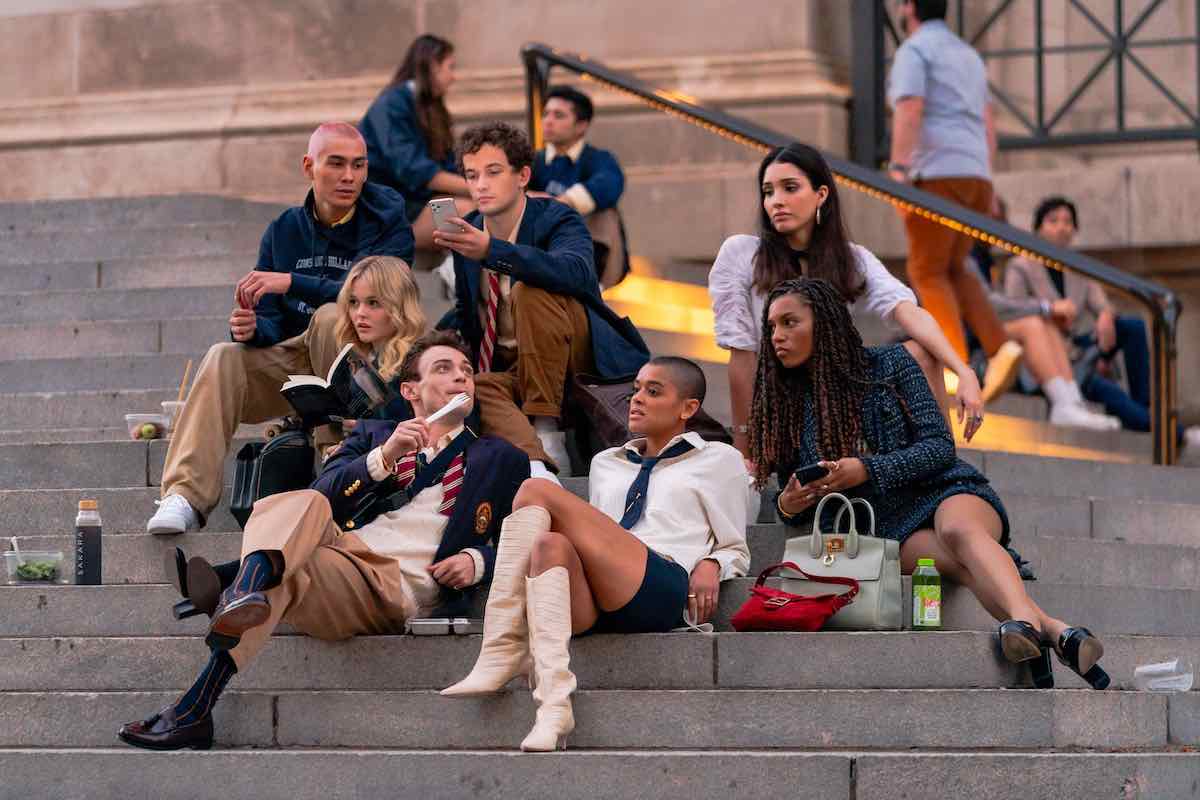 This year, HBO Max released the opening half of the first season of the Gossip Girl reboot. The series takes place in the same timeline as the original, but features an all-new cast of characters. The creators of the original series returned to oversee the new era. The second half of the first season is set to come out in November. Kristen Bell notably returned to be the voice of Gossip Girl.

The general premise of the remake is similar to the original: rich kids at a private school in New York City are plagued by an anonymous blog that reports on their every move. Though the series was popular upon release, enough so that it has already been renewed for a second season, the show hasn’t yet lived up to its predecessor. We haven’t given up on it yet though, and we’re looking forward to some improvements this fall. 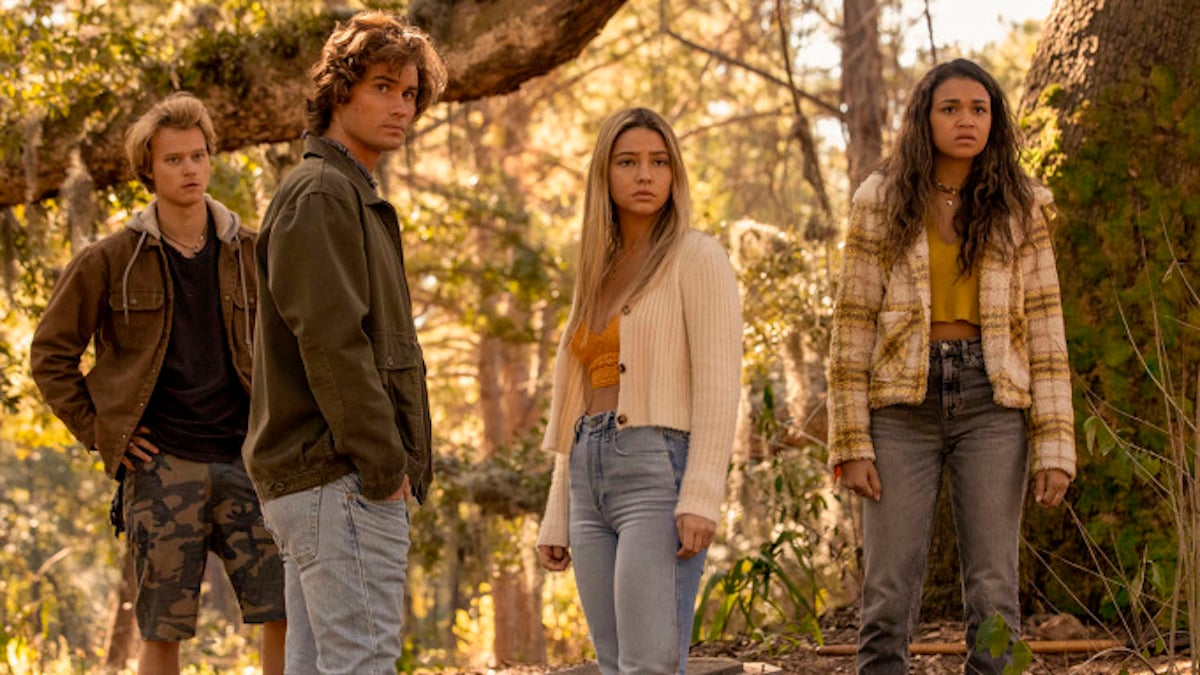 Staying in the vein of teen dramas, next up on our list is Outer Banks. This show takes classic teen drama tropes & infuses them with action in the form of treasure hunts, gun fights, and shipwrecks. The second season came out on Netflix this summer, and fans devoured it like they did the first season. Unlike Gossip Girl, the protagonists of Outer Banks are the less affluent kids in their town, called “Pogues”.

Outer Banks isn’t going to win any awards for being high art, but instead offers a rollercoaster of melodramatic fun that’s a joy to watch. The show’s popularity has resulted in most of the cast’s publicity exploding. Madison Bailey, Madelyn Cline, Jonathan Daviss, Rudy Pankow, and Chase Stokes have become full-fledged celebrities due to the show’s huge fanbase. 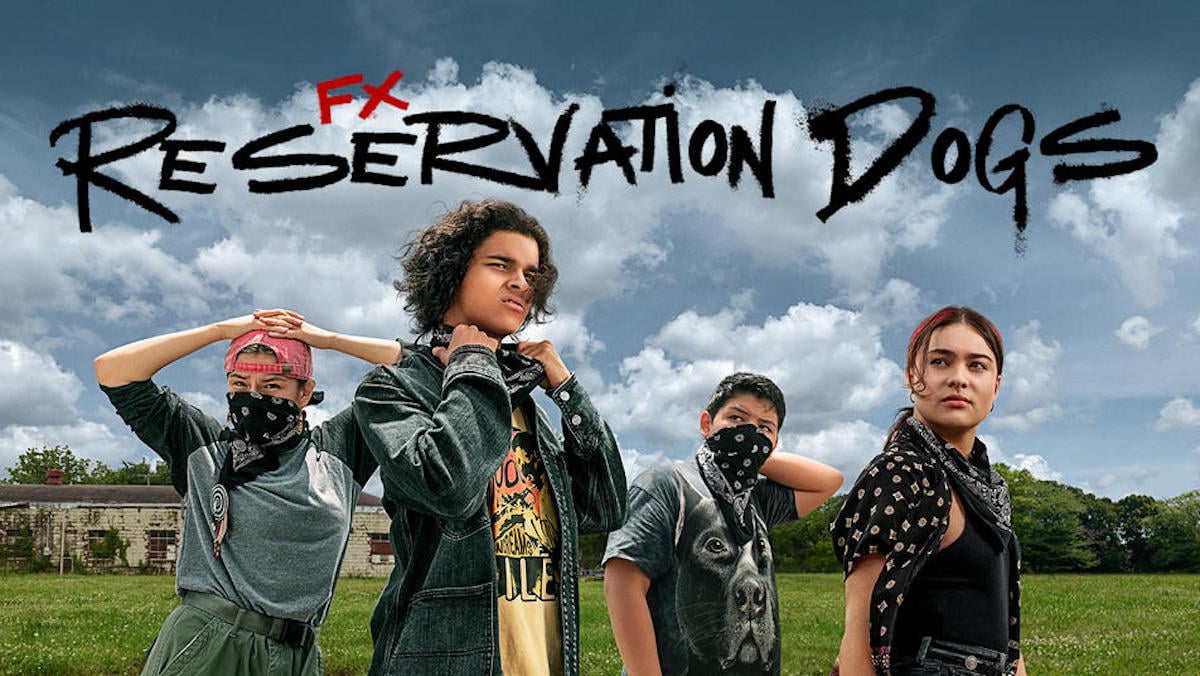 One of the best comedies to come out this year is Reservation Dogs. It tells the story of Indigenous teens living on an Oklahoma reservation & trying to make enough money to move out. The first season proved popular enough that a second season has already been announced. The series offers a comedy that is at times understated & at times otherworldly. 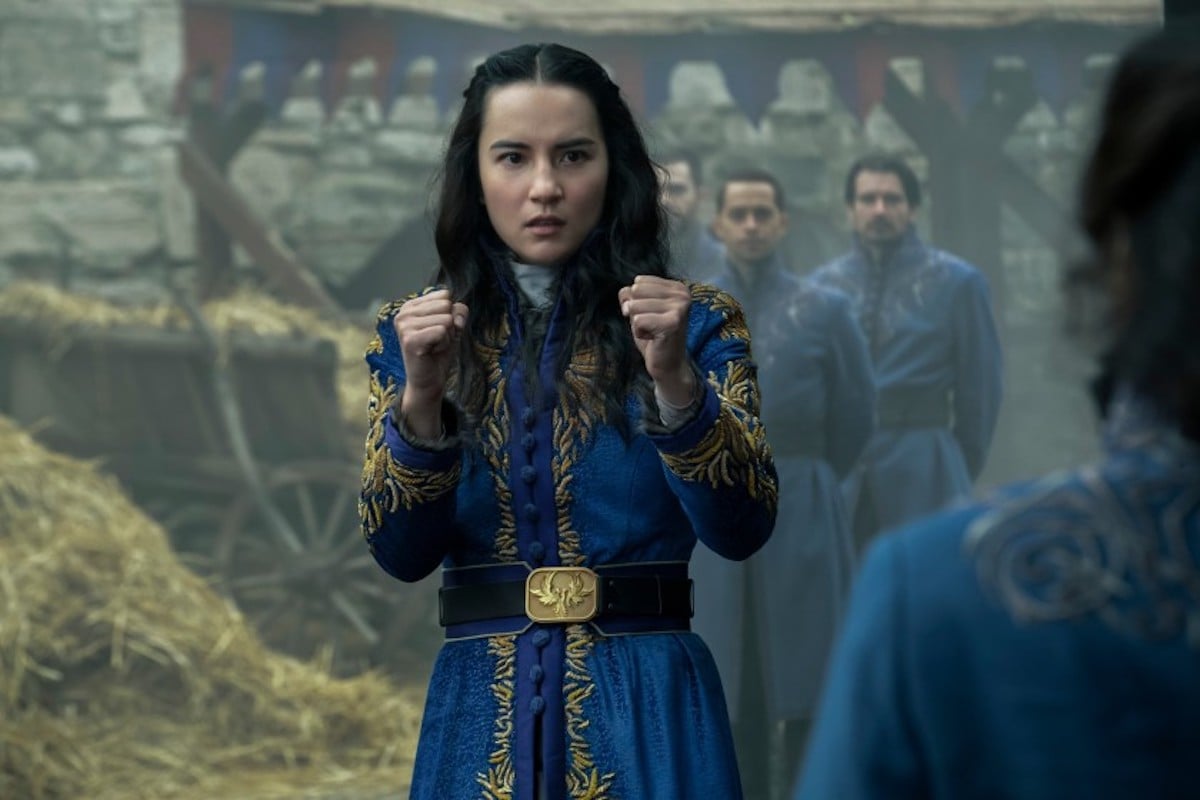 For fans of the fantasy genre, Netflix delivered with Shadow and Bone. The series is based on the novels by Leigh Bardugo, which take place in a fictional world where certain people are born with the ability to manipulate elements. When the first season dropped earlier this year, fans of the novels & new fans devoured the series, prompting Netflix to renew the series for a second season.

The creators did an excellent job of bringing Bardugo’s world to life with gorgeous imagery & a charming cast. This is a teen drama that can be appreciated by fantasy fans of most ages. 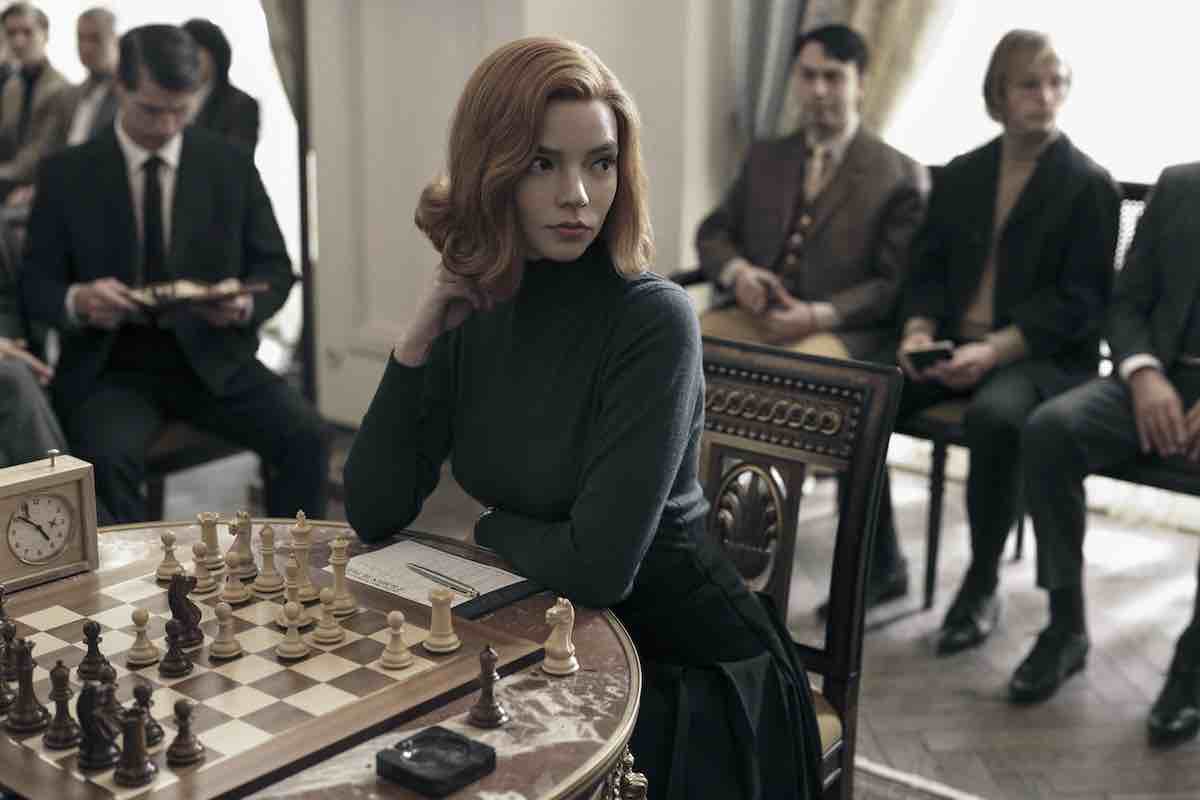 The biggest miniseries of 2021 so far is The Queen’s Gambit, another Netflix original. The series spans the childhood to young adulthood of main character Beth Harmon, played by Anya-Taylor Joy. Beth is a chess prodigy & an orphan, and her quick rise to success is complicated by her struggles with addiction.

The Queen’s Gambit swept the miniseries categories at nearly every award show this year, including the Emmys & the Golden Globes. In addition, Anya Taylor-Joy has won numerous accolades for her performance.

What are your favorite most popular TV shows from 2021? Have any recommendations that weren’t the most popular but totally should be? Drop your thoughts in the comments!