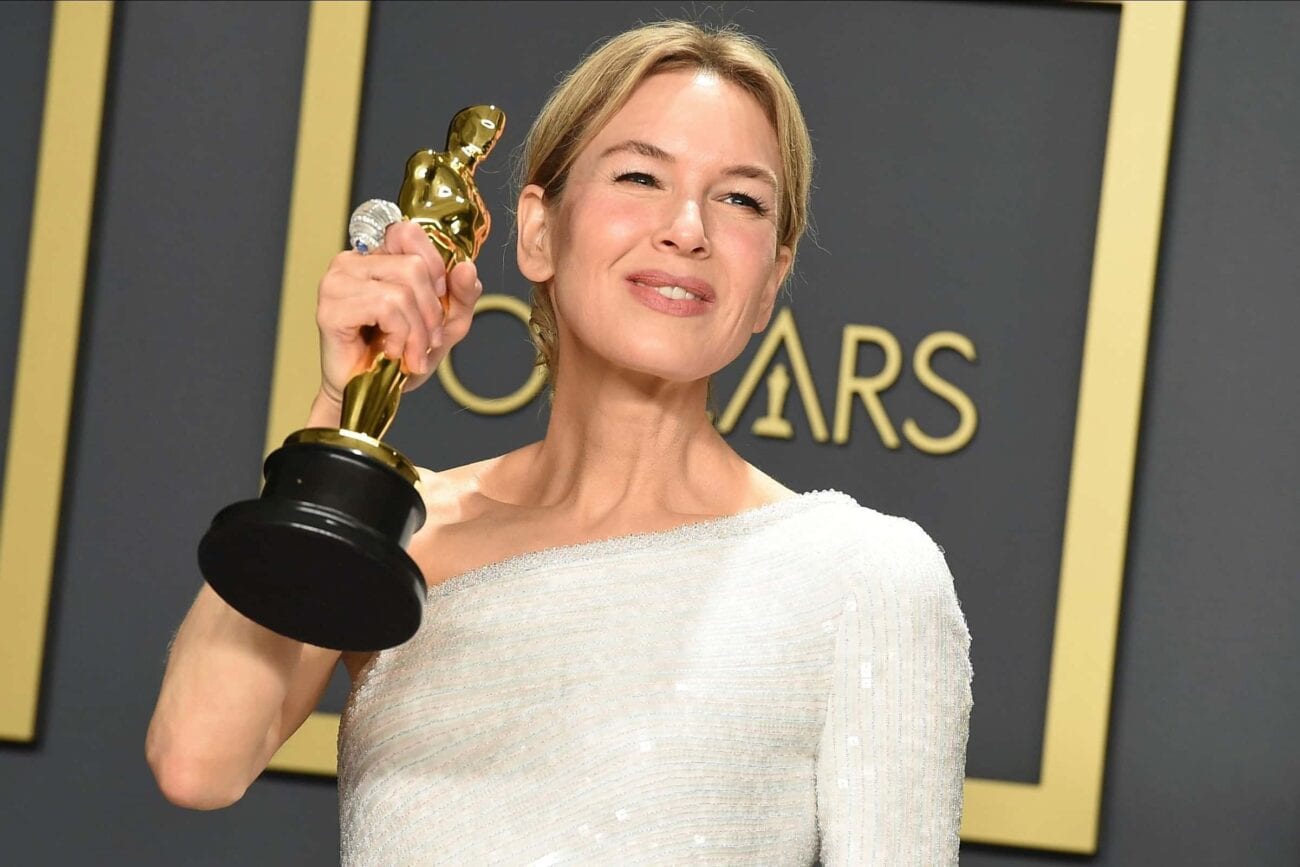 Anyone familiar with the twisted tale of Pam Hupp knows two things. One is that it was only a matter of time before someone adapted the story into a movie or a TV series. The other is that whoever got cast as Pam Hupp would have quite a challenge ahead of her.

Thankfully, the inevitable TV adaptation of Pam Hupp’s times & crimes has landed a two-time Oscar winner as the lead. Renee Zellweger will make her triumphant return to television (her first role ever was in a made-for-TV movie) playing the infamous Hupp in The Thing About Pam. The six-episode series is a collaboration between NBC News Studios, Blumhouse Television, and Zellweger’s own Big Picture Co. 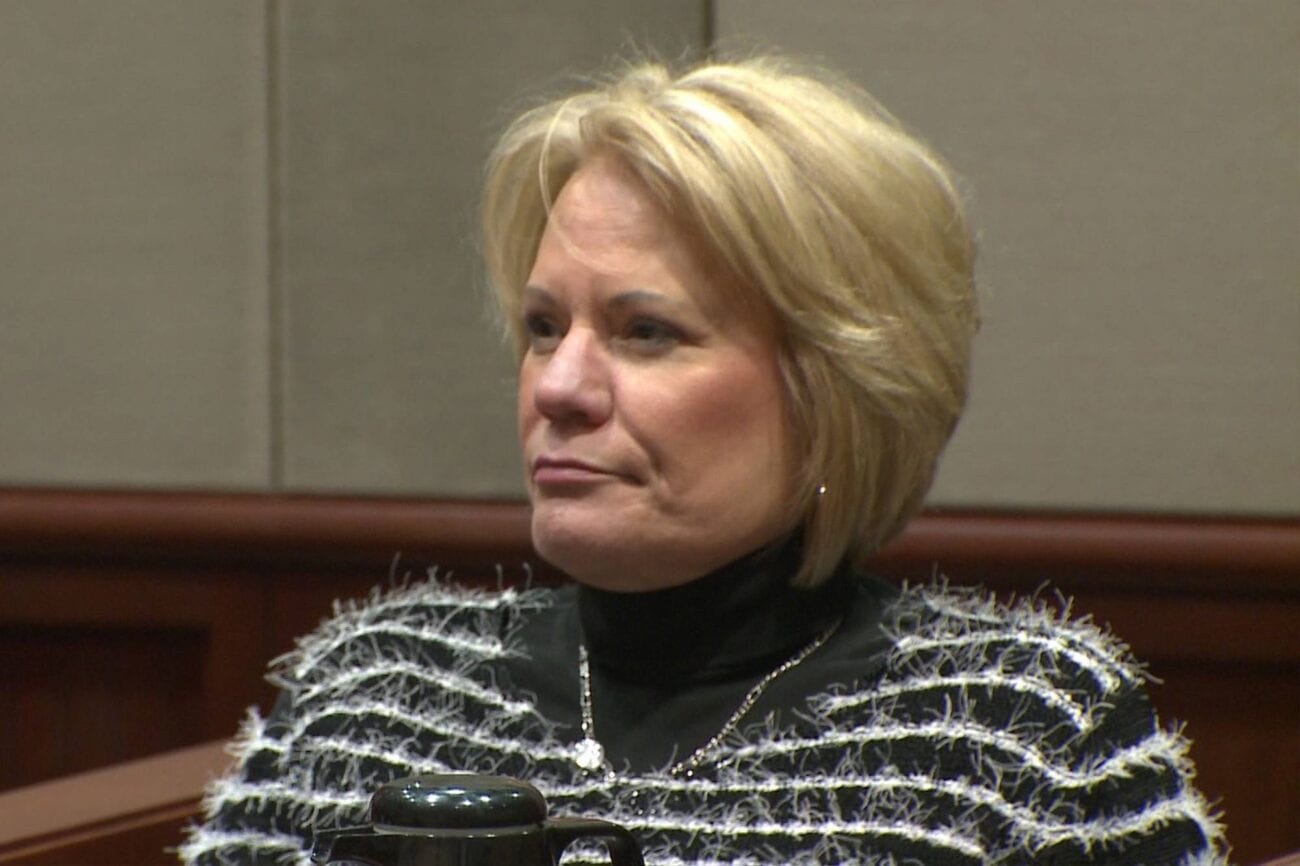 The saga of Pam Hupp is full of so many twists & turns, it’s hard to believe anyone can fit it all in just six episodes. We’re talking about two murders (potentially three), several trials, a plethora of lawyers, and enough plot to feed five very popular episodes of Dateline NBC.

The death that got the Pam Hupp ball rolling, so to speak, was the murder of Betsy Faria, Hupp’s State Farm colleague. Faria was found dead in December 2011, stabbed fifty-five times. Yup, fifty-five. Investigations revealed Pam Hupp was the last person to see Betsy Faria alive and also was the beneficiary on a recently updated life insurance policy under Faria’s name. A policy worth $150,000.

However, the person who ended up in prison for Betsy Faria’s murder was her husband, Russell Faria. In November 2013, the man was sentenced to thirty years in prison for first-degree murder. Two years and a bunch of plot twists later, Russell Faria was actually acquitted at a retrial. Four witnesses testified he was with them the night of the murder. A detective testified Pam Hupp had claimed Betsy was her lover. 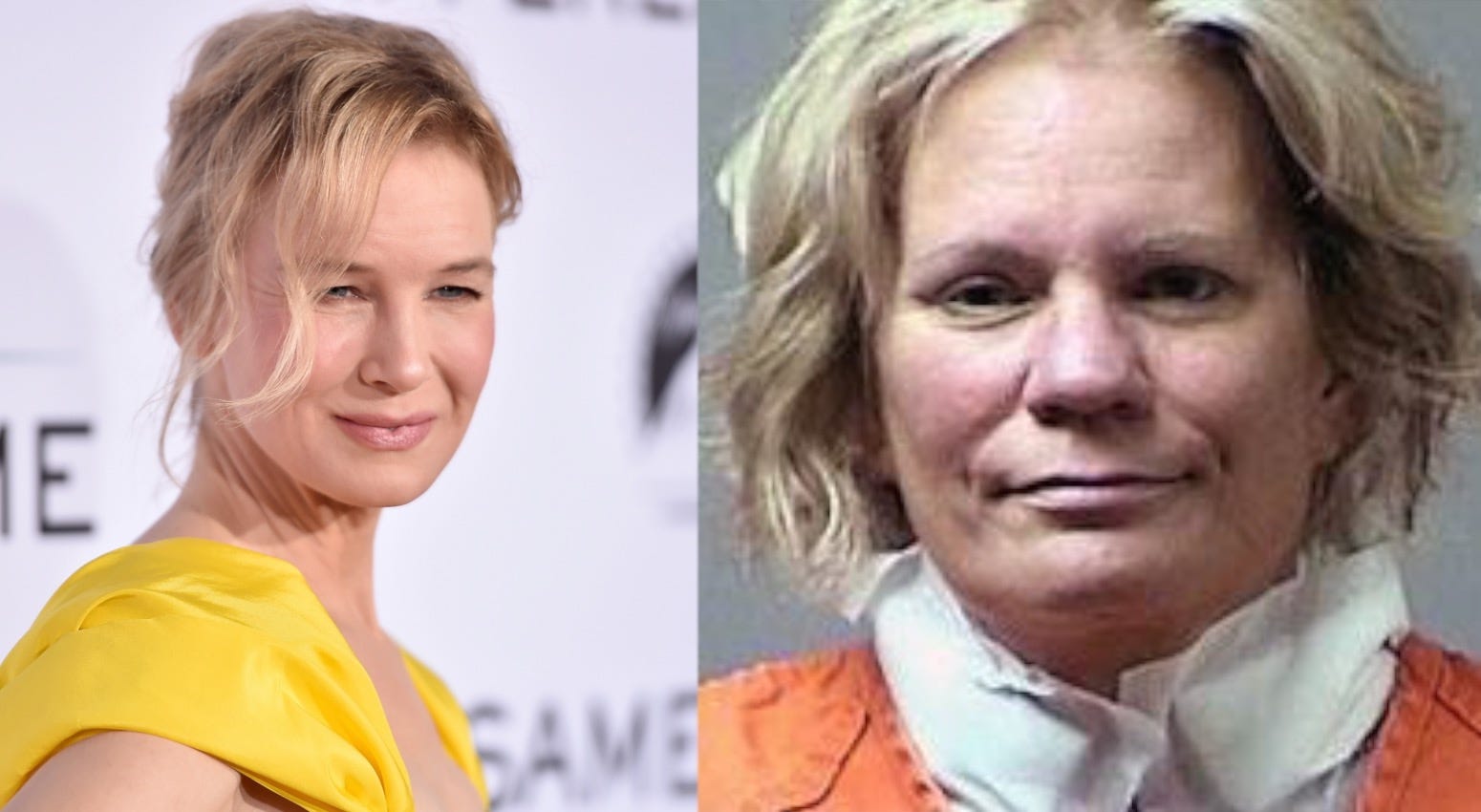 The Betsy Faria murder investigation could hold a limited series on its own. But Pam Hupp’s story was far from done: next she was the focus of another murder case. Claiming self-defense, Hupp shot Louis Gumpenberger in August 2016. Her story was that Gumpenberger had been sent by Russell Faria to kill her. The prosecution believed Hupp had, in fact, set it all up to incriminate Faria and send him back to prison.

Here’s a moment you just know is going to slay in the TV show: after being arrested, Pam Hupp stabbed herself in the neck & arms with a pen. Have fun, Renee. Prosecutors called the self-pen-stabbing “evidence of consciousness of guilt.” At any rate, Pam Hupp eventually struck an Alford plea deal in June 2019 – that is, she pleaded guilty without admitting to the crime.

Pam Hupp was sentenced to life in prison. Given Hupp’s journey to that prison cell, authorities decided to reopen the Betsy Faria case. Then they went a step further and also reopened the investigation into the death of Hupp’s mother – Shirley Neumann. Neumann was originally thought to have fallen to her death from a balcony in 2013. Now? Well, who knows? 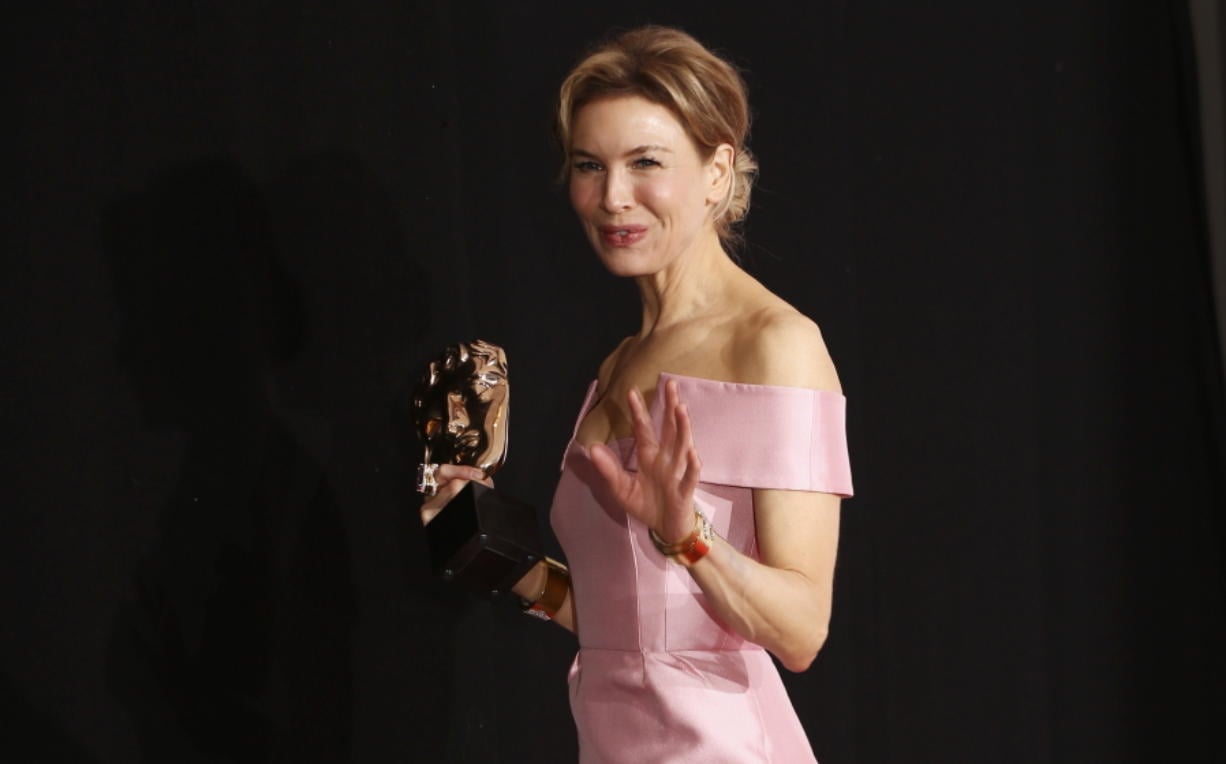 Everybody involved in the production of The Thing About Pam seems pretty certain they have a hit in their hands. Susan Rovner, chairman of entertainment content for NBCUniversal’s Television and Streaming division, put it best: “When you think about what qualifies something as a ‘must watch’, I’m not sure you could do any better than the undeniable trifecta of Renee Zellweger, Blumhouse and Dateline.”

Jason Blum, CEO & founder of Blumhouse, took the opportunity to compare the new show to other popular TV series like The Jinx and Sharp Objects. Blum said The Thing About Pam will “fuel viewer’s appetites for strong and compelling stories.”

As for Renee Zellweger herself? The Oscar winner hasn’t said yet if she plans to meet with the sixty-six-year-old Pam Hupp for research. But this is Zellweger’s first starring role in a broadcast television series, so you know she’ll be looking to make a splash in this new medium. Playing Pam Hupp will certainly provide her with an acting showcase few people get. 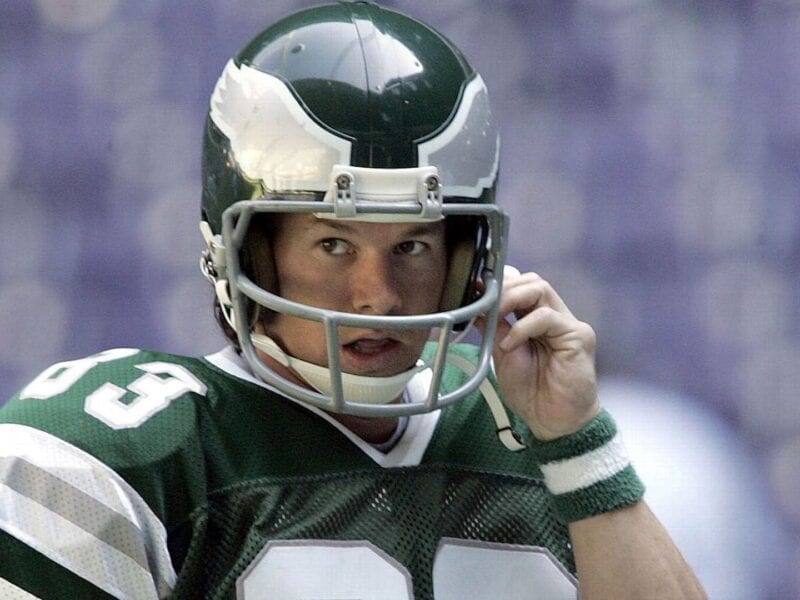 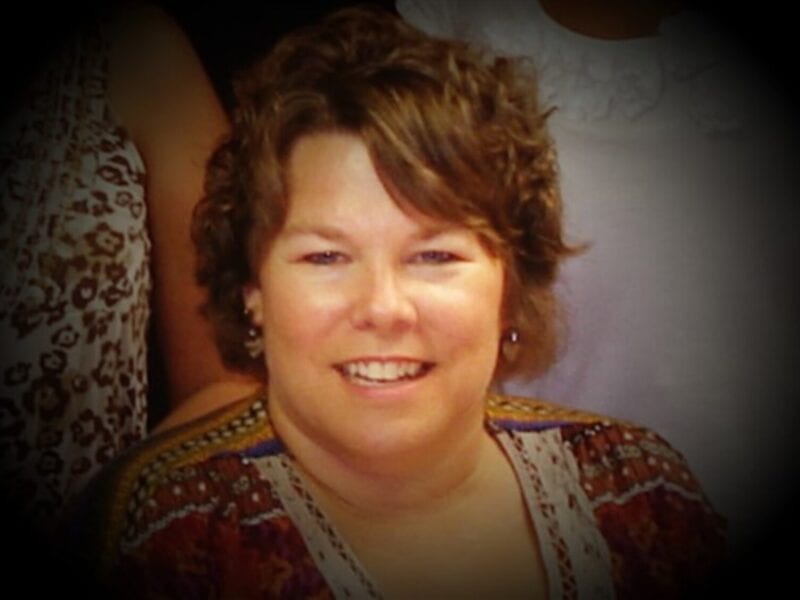