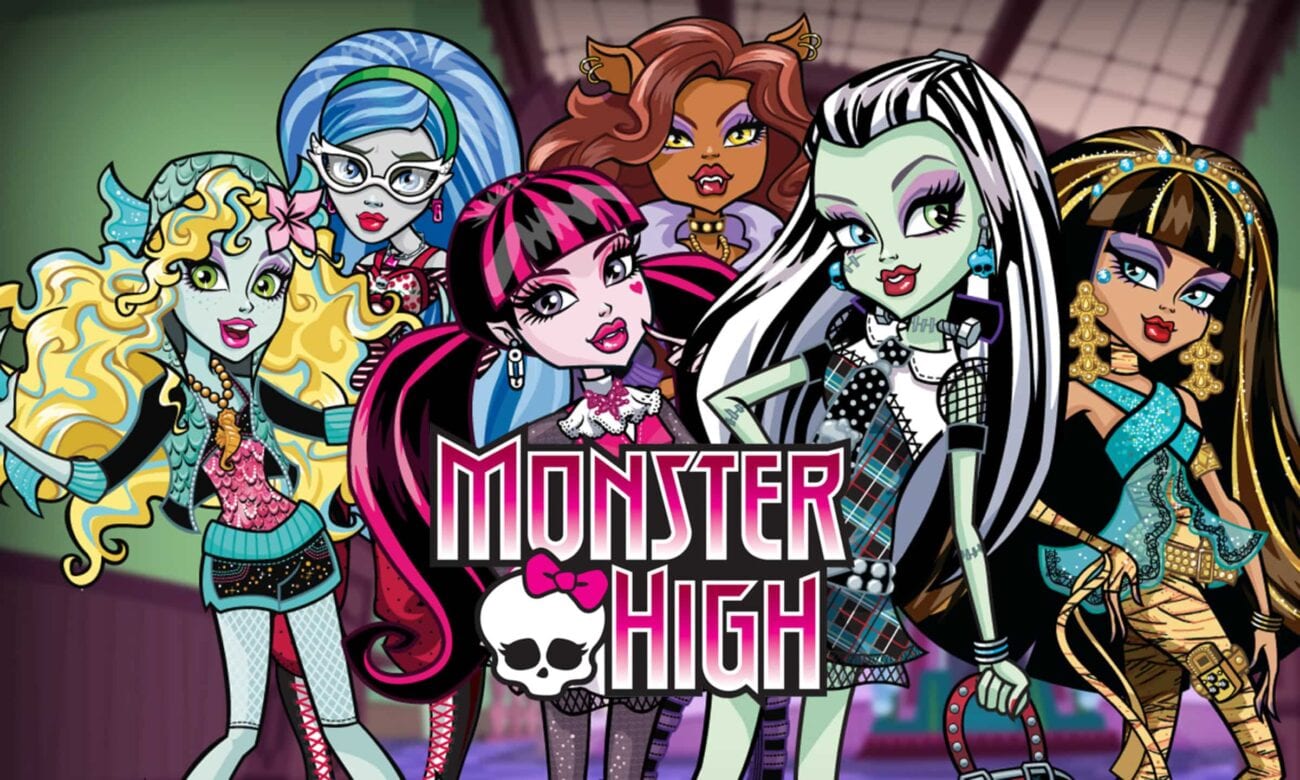 Remember Monsters High? All those wonderful characters were inspired by monster movies, sci-fi horror, and thriller fiction. The franchise surrounding these fashion dolls stayed in our memories for years to come, and how could it not? Monsters High was definitely unique all on its own.

Monsters High follows the teenage children of iconic monsters, telling us about their chilling, wonderful adventures in the town of New Salem as they attend a school of monsters called Monsters High. Now that we’re older, we wonder what the cost of living in New Salem is. Maybe we can move there? We can dream, right?

We listened as their stories were told through internet shows and films, even through the diaries included with the dolls. Now, let’s look back at some of Monsters High’s most interesting characters! 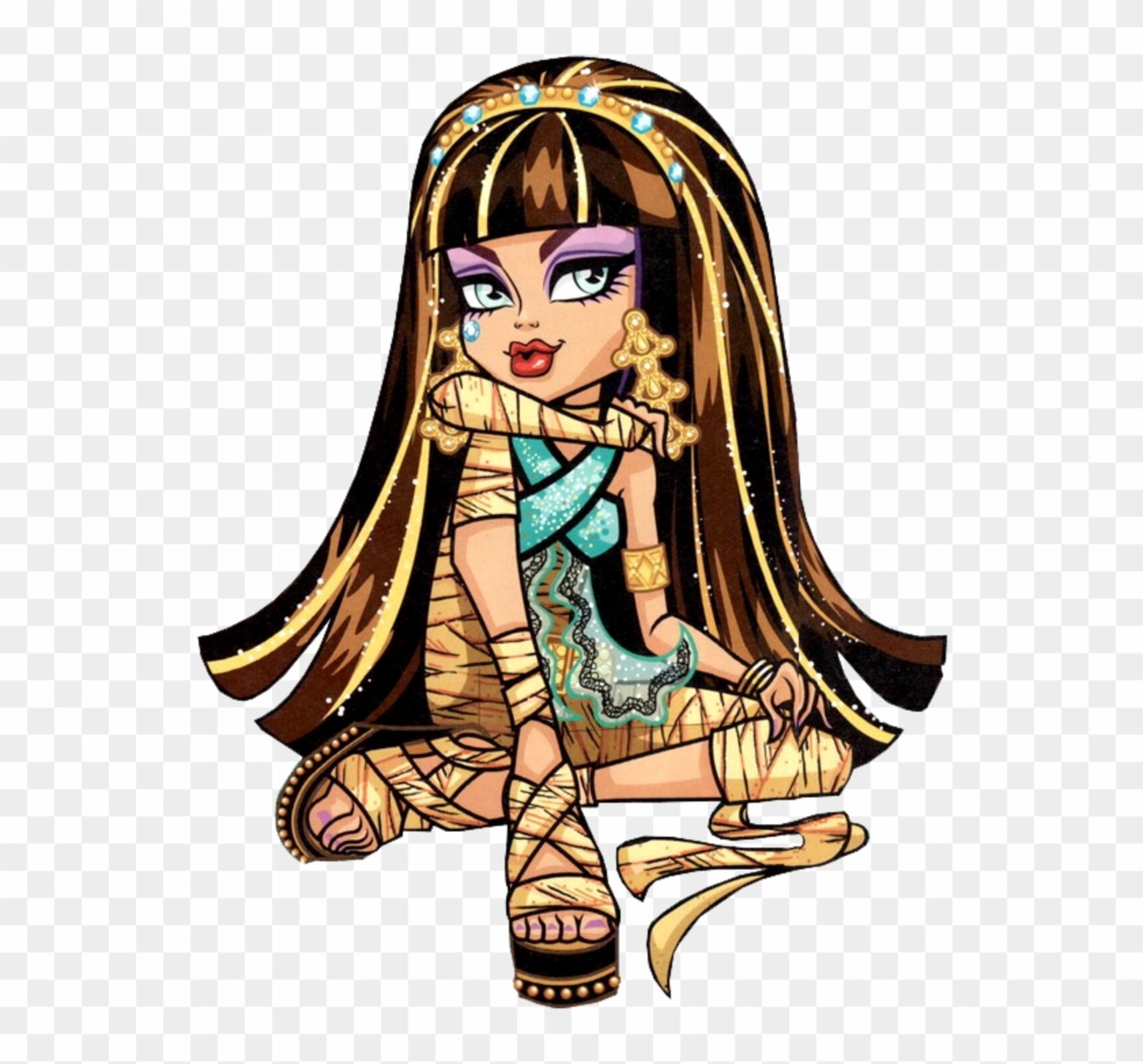 Cleo De Nile may only be 3,375 years old (give or take a few years), but she knows what a true friend was. So, she acts like it!

As a descendant of Egyptian royalty, the daughter of mummies, she rules the Monsters High student body. She’s captain of the Fear Squad and sees her boyfriend, Deuce Gorgon, as the fiercest in school. Her big sister Nefera and frenemy Toralei really bring out her competitive side. Of course, as royalty, she only wears the finest, most exotic jewelry befitting a true Egyptian Princess.

That said, even though she’s a literal monster, she’s still afraid of the dark. Why? “. . . You try being locked in a tomb for millenia!” 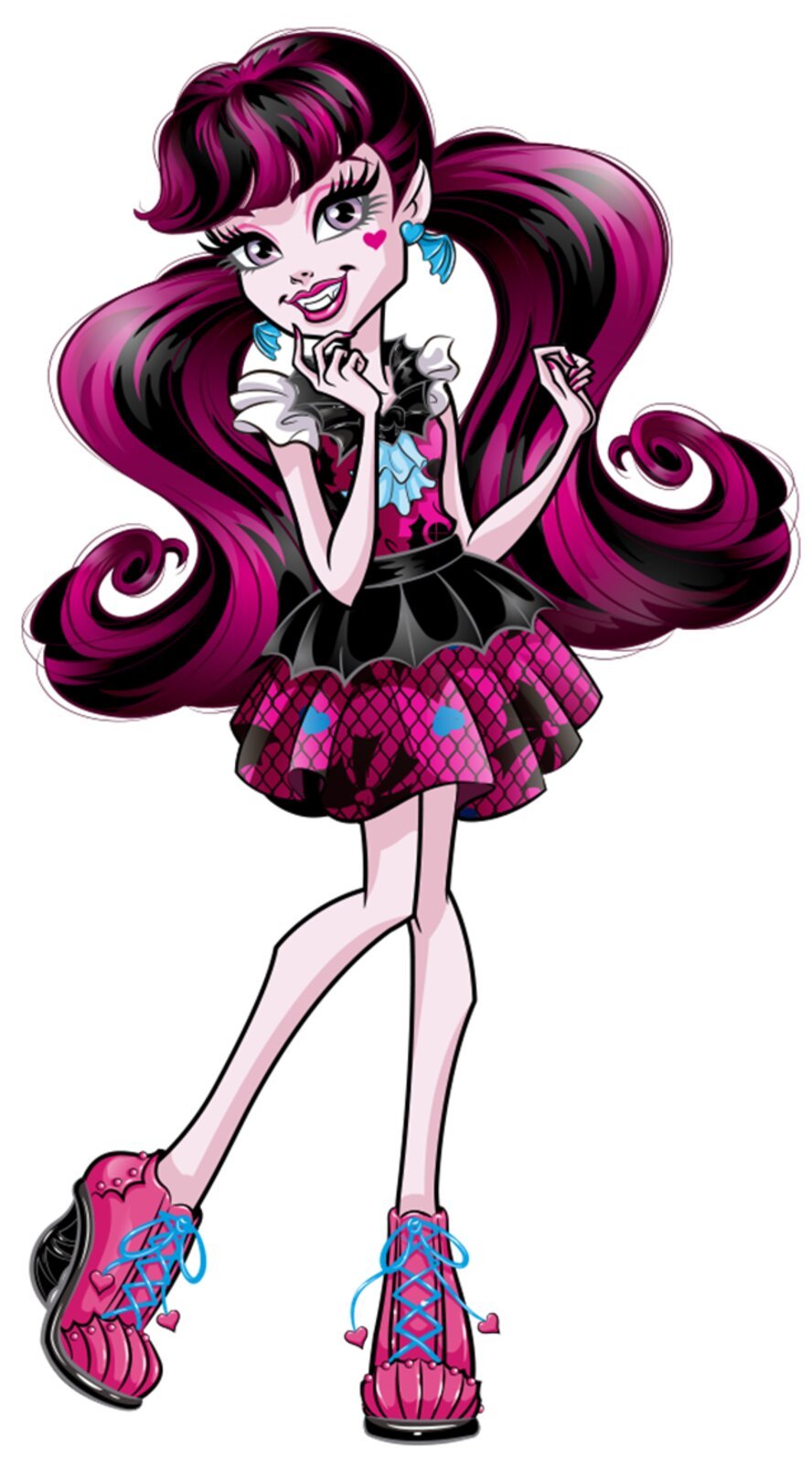 Dracula’s daughter was scary-optimistic, but very bright. It turned out that Dracula was a strict father, but he always had fun with his daughter. He taught her how to fly and keep a cheerful view on life.

She lives with her single father in a mansion on the hill overlooking Normie Town. Draculaura loves her dad, but needs friends her own age. Well, maybe not her actual age since most folks don’t see 1,599 years!

Being super ambitious, she’s the one who convinces her scholarly father to open up a school for monsters. 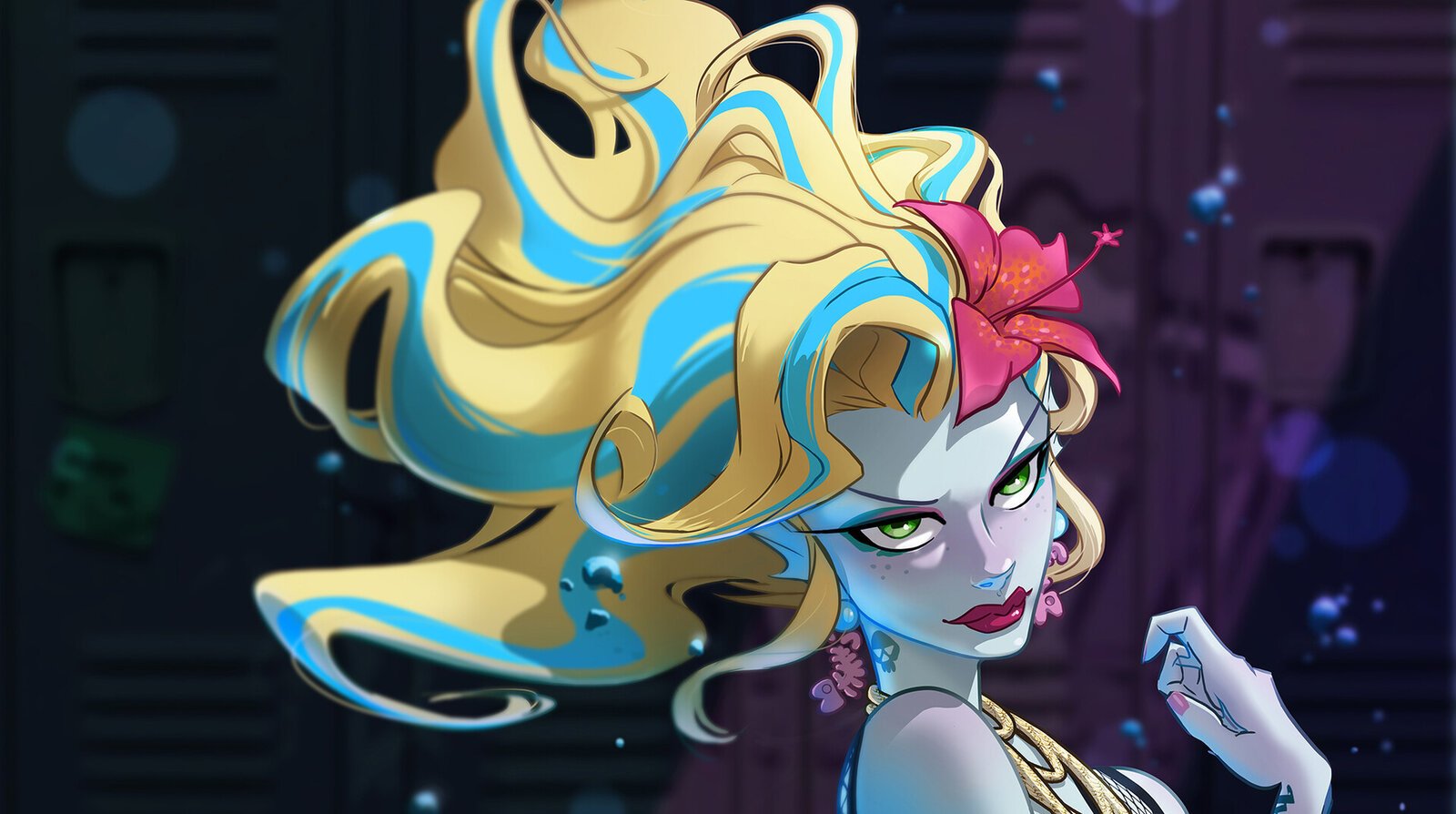 Lagoona Blue is fifteen years old, making her the youngest monster, we guess? As the daughter of a sea monster, she’s extremely happy to have ridden the wave all the way to Monster High.

Lagoona comes from Down Unda – The Great Scarrier Reef. But she was a chilled ghoul who could fit in anywhere she went. We couldn’t believe how fast she moved on her skateboard or scooter. She was like a shooting star!

Remember her pet piranha, Neptuna, who she took with her wherever she went? 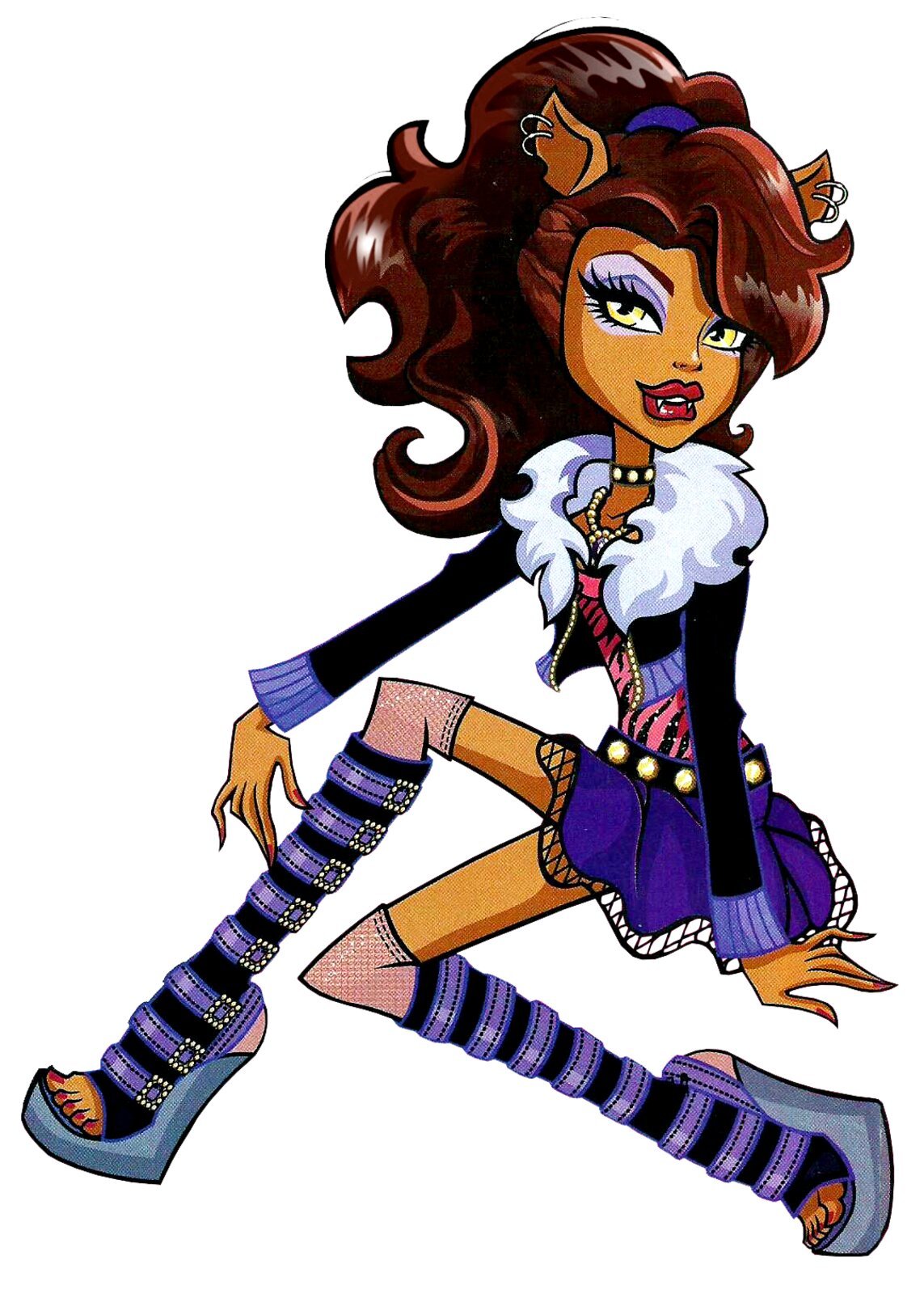 She was the member of a more than big family. She had so many siblings she lost count — seriously! Being the daughter of werewolves, she had tons of confidence. And ever since she was a pup, she remained vociferous about being a famous fashion designer & stylist, and she was well on her way! Ever wonder where she is now?

Her hair grew viciously fast so she could change up her looks whenever the mood struck (which was usually several times each lunar cycle)! 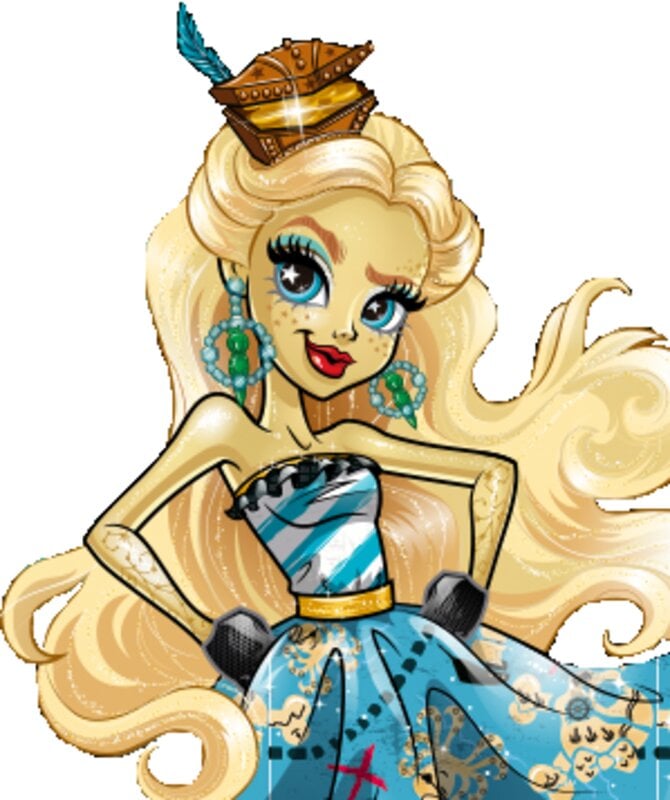 As the daughter of Davy Jones, some hearty fish stew always marks the spot for her. She’s a daydreamer, but she’s never lost at sea. She listens as the winds whisper to her and pays attention as the constellations guide her home nicely.

Since she’s so adventurous, scavenger hunts are like wealth to her, and she loves the intrigue of a quest, even if there’s “. . . only a ghost of a chance of finding riches.”

The Monsters High characters were the best. They’re far too captivating to not explore! Now, we know, there are so many more characters who deserve to be recognized. Who were your favorite characters? Let us know so we can put them on our next list!