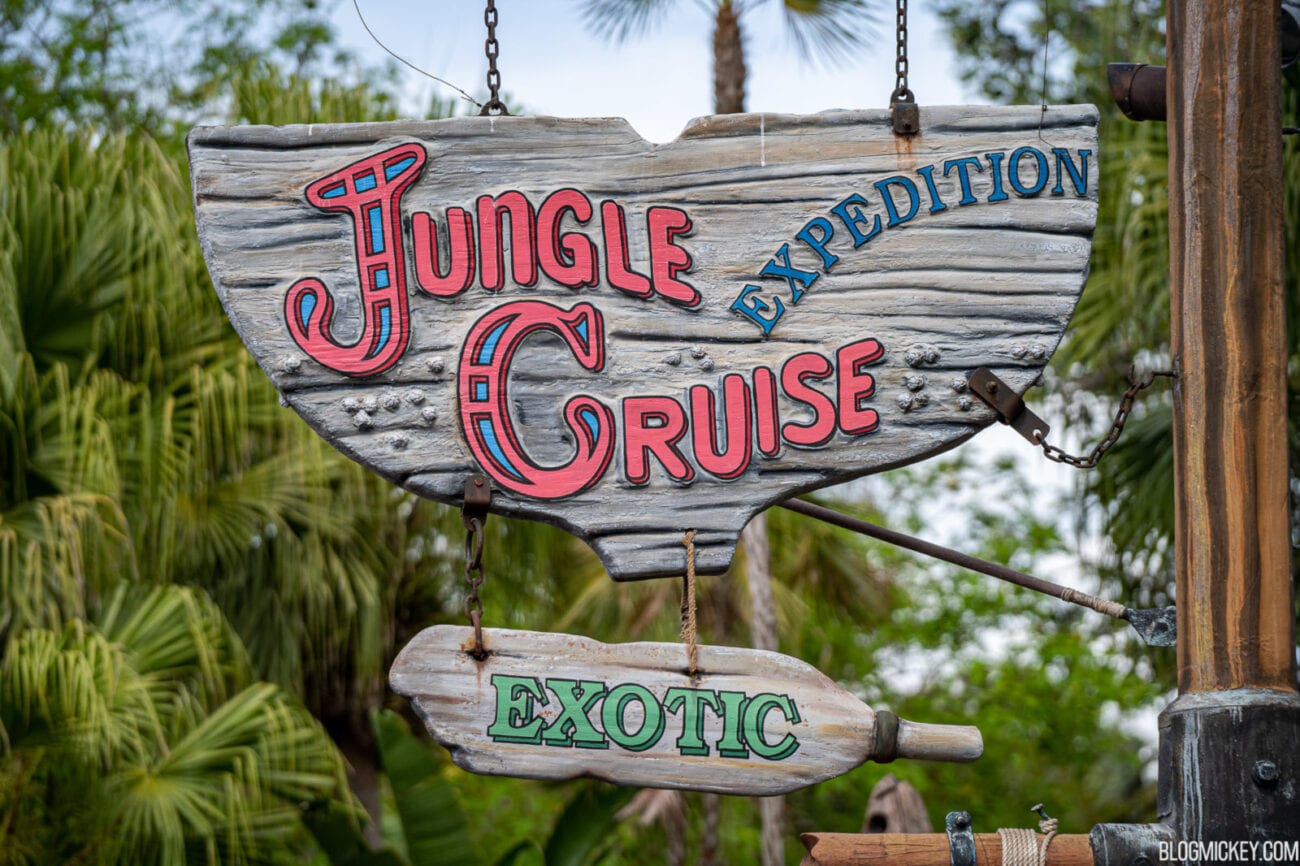 Disney’s ‘Jungle Cruise’: Could this be the next ‘Pirates of the Caribbean’?

Of the Disney live-action remakes nobody asked for, theme park movies are hit and miss. On one hand, we’ve got the Pirates of the Caribbean franchise, which swashbuckled its way into our hearts with Johnny Depp’s off-kilter performance and its intriguing worldbuilding. The weight of the first two movies alone was enough to carry the franchise through God knows how many sequels!

Then, we have The Haunted Mansion. The Disneyland classic ride is rife with lore and great opportunities for the House of Mouse to flesh out a ghost universe – did you know that each Haunted Mansion in each park is a little different? Can you say sequels galore? What did we get instead? Eddie Murphy, screwball comedy, and a lukewarm adaptation that can barely hold a candle to Pirates of the Caribbean.

So after fifteen years, Disney decided to see how much cheddar they could squeeze out of another beloved classic ride: Jungle Cruise. With a new, action-packed trailer out, we’ve got a better picture of where this adaptation is headed. Will it actually be good, or does it look like it’s doomed to fail? Grab your pistols and hop aboard! 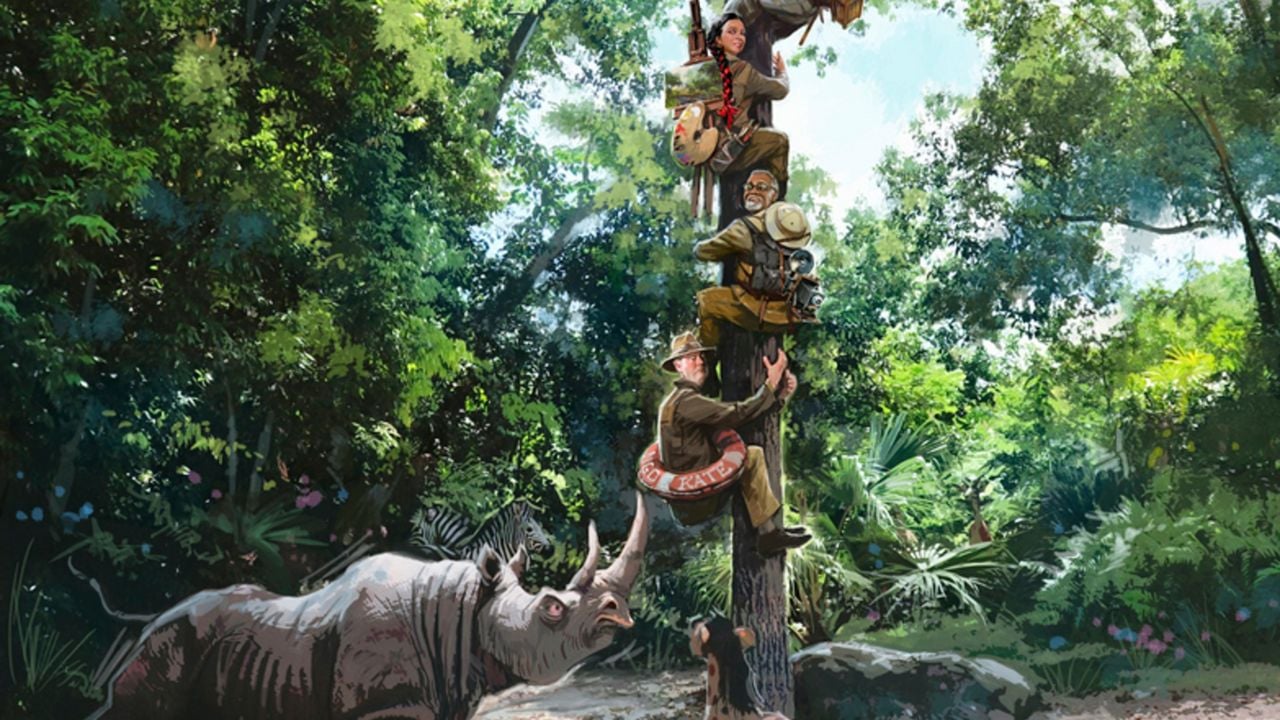 If you haven’t been to the Happiest Place on Earth in Anaheim or the Most Magical Place on Earth in Orlando, let’s give you the rundown of what you can expect from Jungle Cruise. A tour guide takes you and other guests on a magical ride through the rivers of the world. You glide past animatronic hippos & elephants and try not to get shot by the indigenous animatronic people with arrows & darts (that’s changing, btw).

Thus, Disney kinda decided to give them their own movie, we guess? We mean, Jungle Cruise stars Dwayne Johnson and Emily Blunt are in uniform.

A new trailer for ‘JUNGLE CRUISE’ has been released.

The film releases on July 30 in theaters and on Disney+ Premier Access. pic.twitter.com/EAQijUUdc1

After punching a few guys, Dwyane Johnson narrates that he’s looking for a magical tree deep in the jungle and needs passage upriver. He’s taking along Emily Blunt, who needs to reassure Johnson that she’s not here for a vacation – in typical Disney style, she’s here to kick butt and chew bubblegum, and she’s all out of bubblegum.

Of course, Disney’s plot synopsis makes it clear that it’s Blunt’s adventure, not Johnson’s. “Dr. Lily Houghton (Blunt) enlists the aid of wisecracking skipper Frank Wolff (Johnson) to take her down the Amazon in his ramshackle boat. Together, they search for an ancient tree that holds the power to heal – a discovery that will change the future of medicine.”

To us, Jungle Cruise sounds like it could be Disney’s Pirates of the Caribbean franchise meets The Mummy. To be safe, our expectations are set at National Treasure in the jungle. But from the trailer, we don’t think we’re getting the worst-case scenario. Yet.

Jungle Cruise looks like a ton of fun! Dwayne “The Rock” Johnson &
Emily Blunt on a wild jungle adventure! We have been waiting over 2 years for this movie & I hope it’s worth the long wait! Also Jesse Plemmons as a villain is great! I’ll be seeing Jungle Cruise in IMAX in July! pic.twitter.com/sY6MSPN65B

Diving into the Twittersphere, it seems like netizens are going to give Disney’s Jungle Cruise a chance. Some are saying it looks like fun. Sovan Penn declared: “This reminds me of a mashup of Indiana Jones Crystal Skull, Jumanji, Pirates of the Caribbean, The Mummy, Tarzan and Jackie Chan’s Armour of God II: Operation Condor. And I can’t wait to see it 😬🤣”

Other Twitter users are commenting that Disney’s Jungle Cruise looks like a fun callback to adventure movies with a historic twist like a 2020s The Mummy franchise – not to mention the poster art looks like an old Indiana Jones movie. And after all, we’ve been waiting two years to see this flick as supermangeek101 reminded us.

Will you give the jungle a chance when Disney’s Jungle Cruise comes sailing into theaters July 30th (or on Disney Plus premier access)? Let us know in the comments!