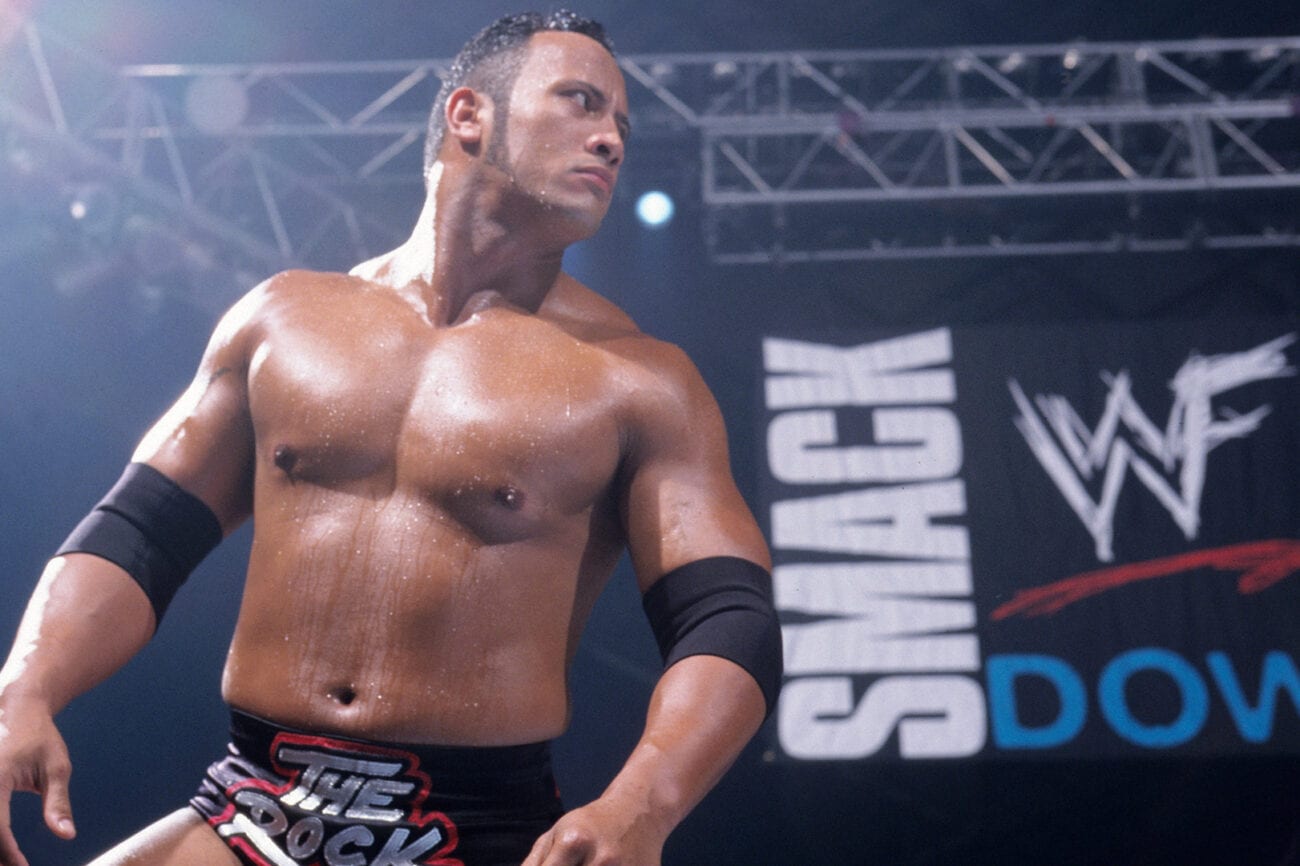 Happy, happy birthday to pro-wrestler turned highest-paid movie star of our time, Dwayne ‘The Rock” Johnson. We’re not surprised this beefy-but-cuddly guy is a Taurus – he’s got that nice, soft foodie side, but can be stubborn and kick your @$$ on & off-screen if he so chooses.

To celebrate Dwayne ‘The Rock” Johnson’s big day, we’re bringing you his biggest, baddest movies that you should binge. Today. Like, now! 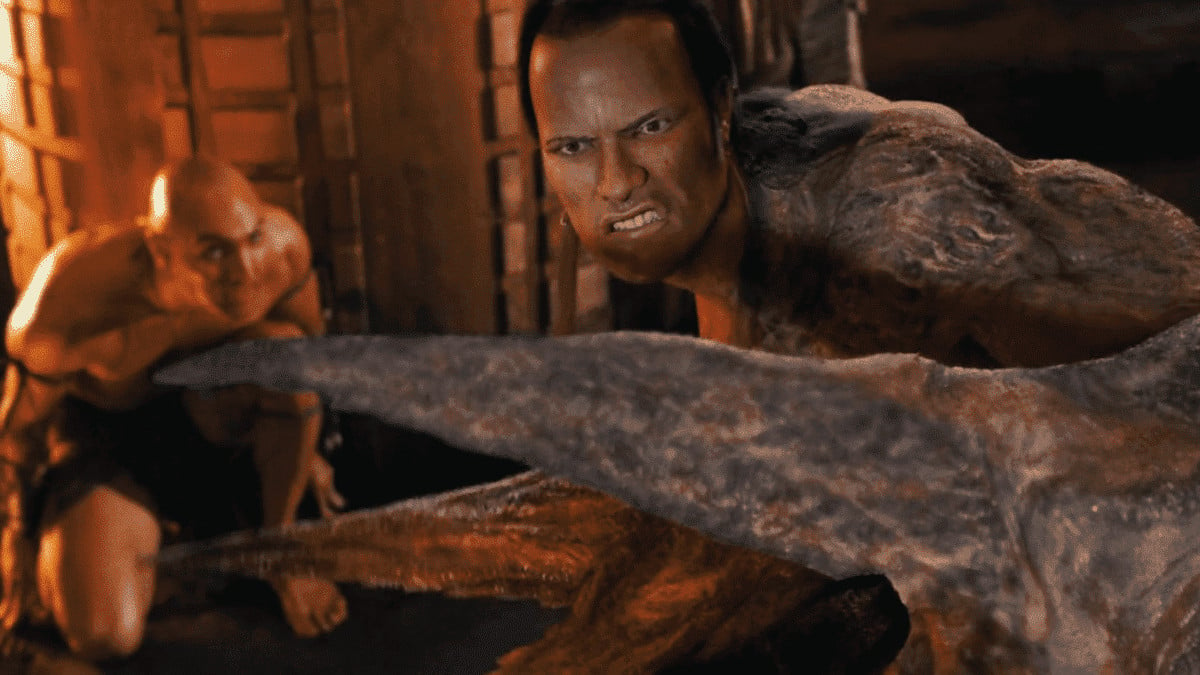 The Mummy Returns and The Scorpion King

Dwayne Johnson’s first film appearance was in The Mummy Returns. The first two movies of this Mummy franchise were completely underrated in our humble opinions, and despite the Scorpion King’s CGI aging terribly, The Rock is one of the reasons why.

In this installment, Dwayne “The Rock” Johnson plays the Scorpion King, an evil emperor who tries to take over the world in Ancient Egypt. Imhotep (Arnold Vosloo) seeks to resurrect this great warrior to conquer the world during the 1920s. Like in the first movie, it’s up to Rick & Evelyn O’Connell (Brendan Fraser and Rachel Weisz) to stop him.

The Mummy Returns wasn’t the last this franchise would see of Dwayne “The Rock” Johnson. His character inspired the threequel The Scorpion King – and direct-to-DVD sequel movies. However, by the time these sequels rolled around, Dwayne Johnson was moving on to bigger & better things. 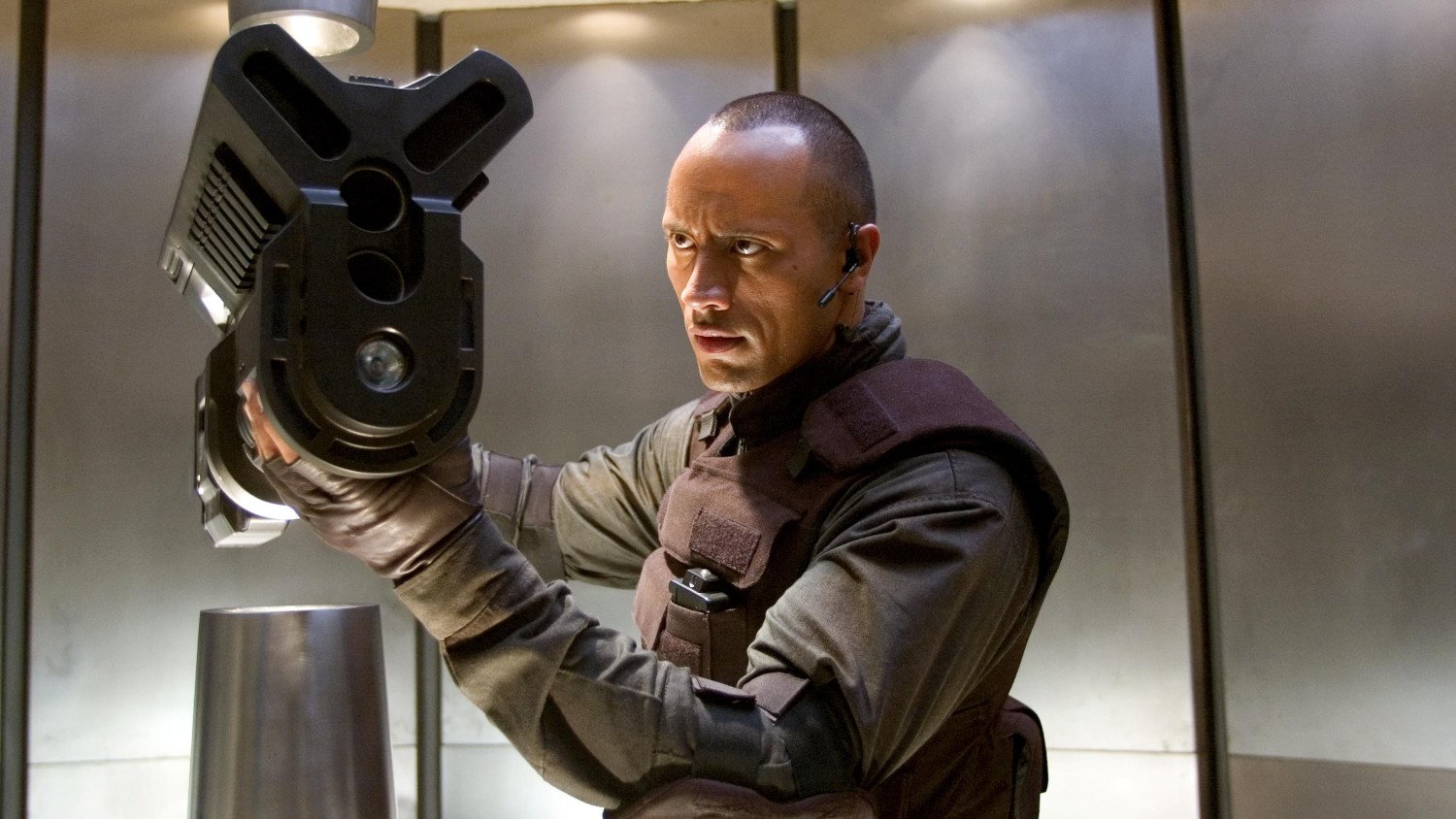 Video game movies can be iffy, to say the least. Doom received a lousy 18% on Rotten Tomatoes and Roger Eber described it thusly: “Doom is like some kid came over and is using your computer and won’t let you play.” Some critics were slightly kinder, mentioning it wasn’t as “dreadful” as Resident Evil sequels.

But, your mileage may vary, and if you’re looking for a movie adaptation that pays homage to the video game it’s based on via first-person shots, Doom might just become your new guilty pleasure.

Doom follows Asher “Sarge” Mahonin (Dwayne “The Rock” Johnson) as he and his team dive into an underground research base linked to a city on Mars linked to a portal where aliens emerge to take over the world. Sounds complicated? While there’s plenty of planting in the beginning, the first-person shooter segments could be a good payoff if you’re into that sort of thing. 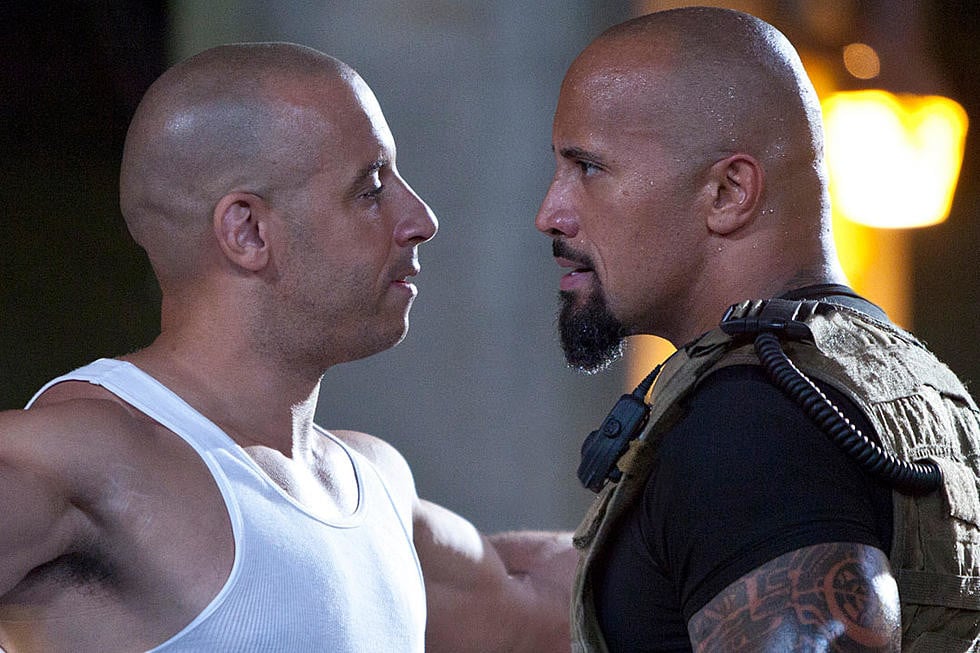 Fast and the Furious franchise

Jumping into another franchise, Dwayne “The Rock” Johnson makes his first appearance in this movie franchise in Fast Five, where he plays a detective tasked to take down a heist run by street racers.

Dwayne “The Rock” Johnson is Luke Hobbs, a diplomatic security agent whose mission in Fast Five is to take down Brian & Dom (Paul Walker and Vin Diesel) while they try to take down drug lords and steal a bunch of money from them, all while racing fast muscle cars.

Fast Five ends with Hobbs giving our Fast & Furious heroes a twenty-four-hour head start. Plus the mid-credits scene lets Fast franchise fans know Dwayne “The Rock” Johnson would be back. Johnson’s been in at least five other Fast and the Furious movies, including producing and starring in a spinoff called Hobbs & Shaw. 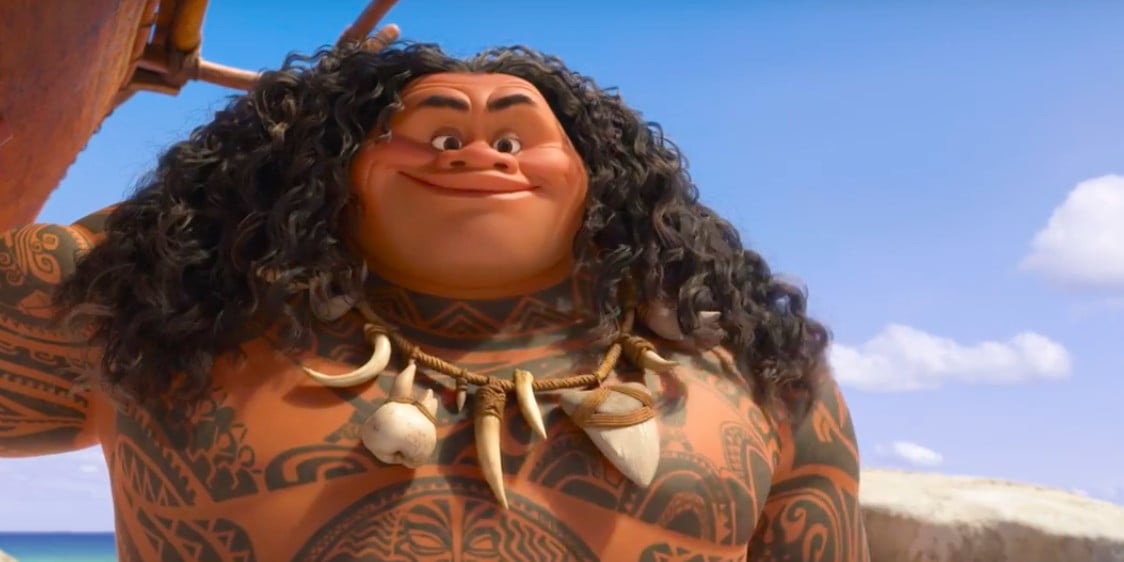 It’s not too much of a surprise to Dwayne “The Rock” Johnson fans that he’s been in family movies. His first foray into family flicks was a live-action Disney movie called Race to Witch Mountain, based on the 1970s Disney movie Escape from Witch Mountain. Plus, Dwayne Johnson starred in The Tooth Fairy, another Disney franchise.

Given The Rock’s great relationship with the House of Mouse, it was no surprise when he climbed aboard Moana to voice Maui, a trickster god whose protagonist Moana must enlist to help her save her island from destruction.

Also, if you ever wanted to hear Dwayne “The Rock” Johnson sing – and rap – this flick is your chance. 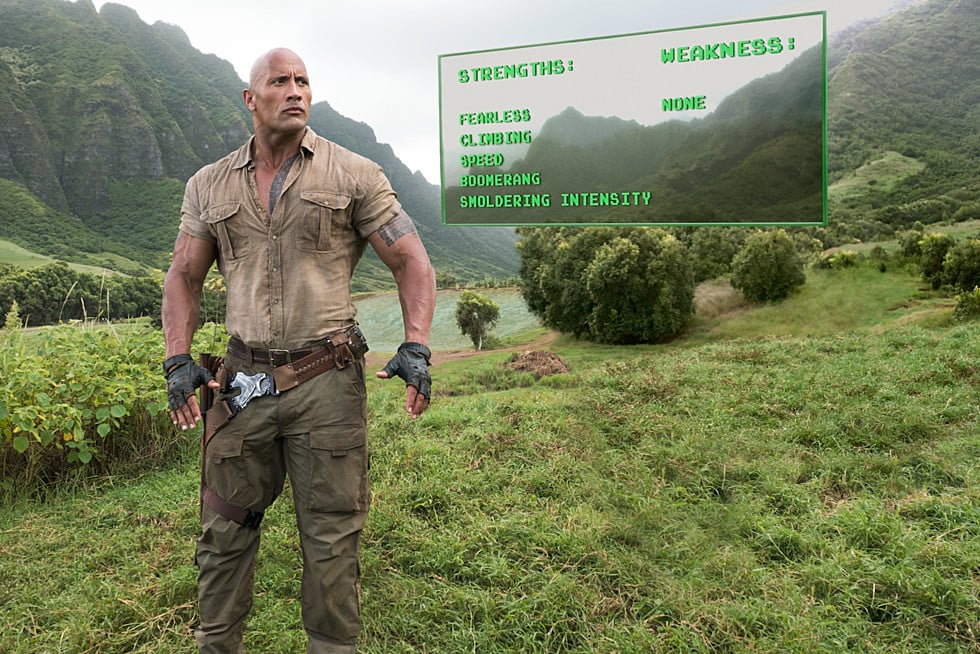 Based on the children’s book and the 90s family classic starring Robin Williams, Jumanji is a reboot and a modern revival of the property, bringing this classic story into the modern age.

Four high-school students from different walks of life are stuck in detention, and as part of their punishment, they have to clean out the school basement. Before this movie becomes too much of a Breakfast Club ripoff, the students find a VHS video game called Jumanji. Upon throwing it into their school’s ancient VHS player, they get sucked into the game and have to beat it to get back to reality.

Not only are they in a jungle setting with wild animals that’ll eat & trample them without a second thought, but they’re transformed into their opposites. The popular girl gets turned into the nerdy professor (Jack Black), and the nerdy kid turns into Dr. Xander “Smolder” Bravestone (Dwayne ‘The Rock” Johnson).

What are your favorite Dwayne ‘The Rock” Johnson movies? Let us know in the comments! 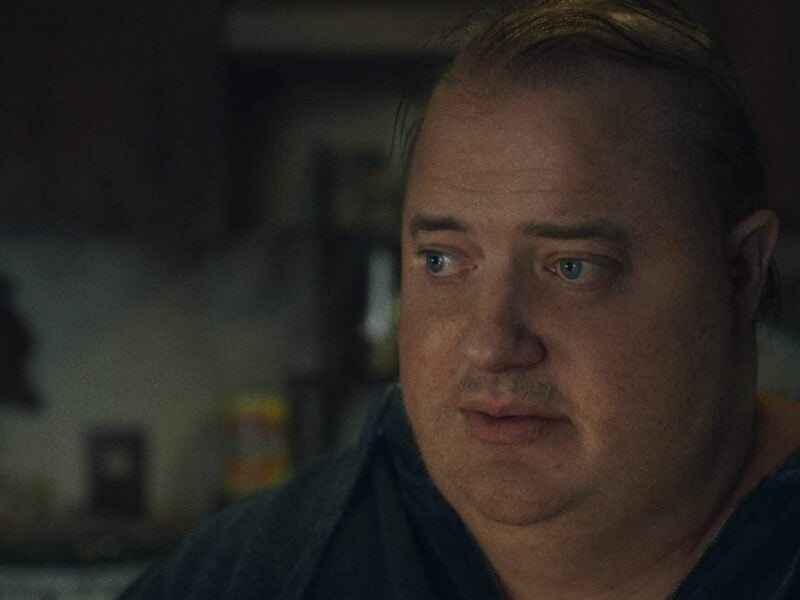