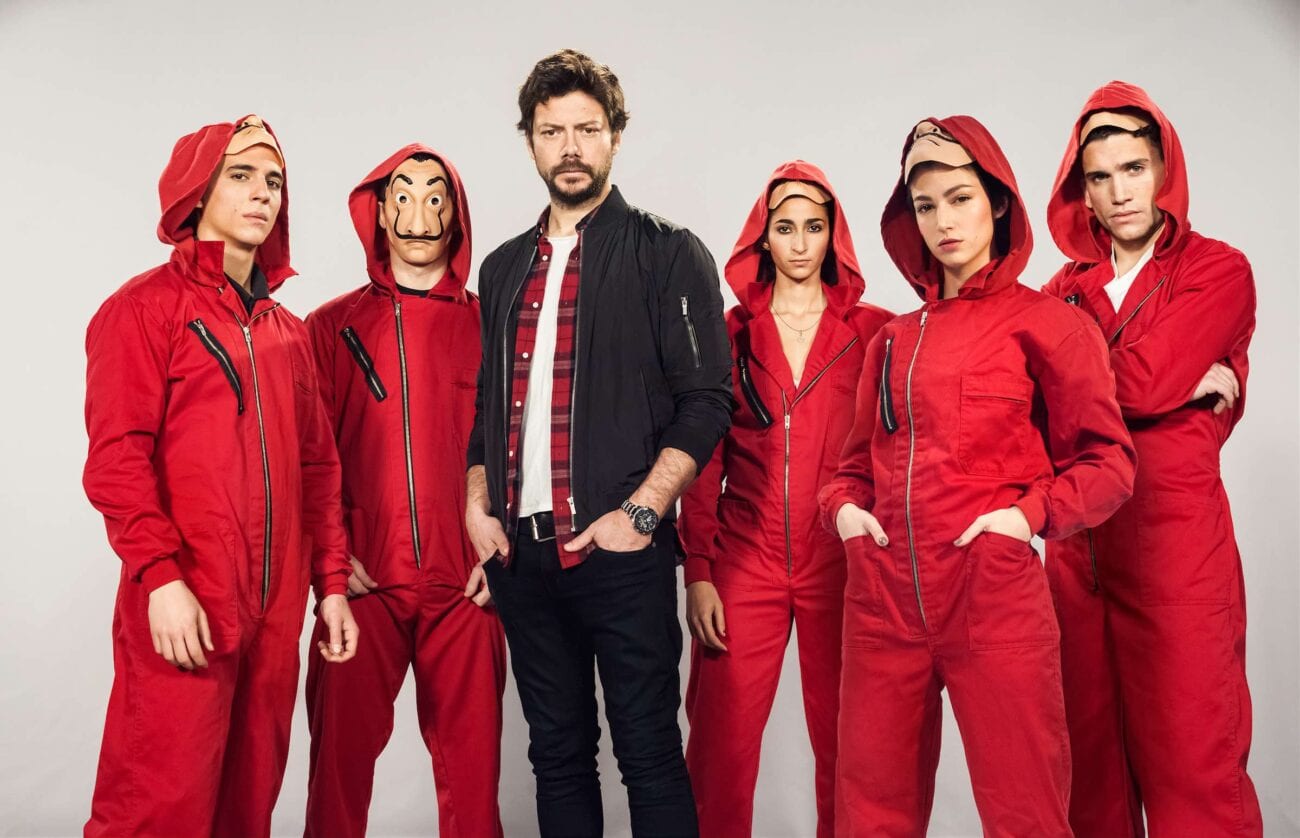 Part of the power of Money Heist’s gripping scenes comes from the music swelling beneath the action. Music is an integral part of Money Heist’s message, something we know by the protest song “Bella Ciao” that habitually rips through the final moments of each season.

In season three of Money Heist, we’re treated to another fantastic soundtrack featuring original songs, international arrangements, and old classics. The music blends smoothly with the bad-ass heist moments & the emotional pauses alike, giving us even more depth to the superbly written & acted scenes. Listen for yourself, when you watch these scenes that prove the brilliance of Money Heist season three’s soundtrack.

Say hello to the heist team once again with the rock ’n’roll track that starts off season three. “My Life is Going On” is an original song written for Money Heist by Cecilia Krull and can be recognized as the show’s opening theme (just amped up into a rock song). The track is absolute perfection as it’s paired with the crew rolling up in true kick-ass style, to begin work on a new caper.

In a powerful scene in episode two of the third season of Money Heist, the heist crew pose as the military to gain access to the Bank of Spain amidst protests over Rio’s illegal imprisonment.

The song “You’ll Never Walk Alone” by Gerry and the Pacemakers swells under the images that the Professor shows the team of how they’ve inspired the entire world to take a stand against oppression. The song secures a moment of hope & solidarity as the new heist begins.

This scene is a beautiful, intimate moment between the Professor & Berlin as brothers. In a flashback, Berlin plays “Guajira Gunatanamera” by Compay Segundo and sings along, serenading the Professor.

Berlin uses the song to express to his brother who he is & how he wishes to die. Like a lyric in the song “ I am as good as I am. I will die facing the sun.” The Professor accepts his brother’s wishes and the two dance as Nairobi surfaces from the underwater vault with gold bricks in tow.

“Maria, Mi Vida, Mi Amor” is the song originally sung by Moscow in season one when he dreams about recording an album after completing the heist. As the crew gathers in a flashback to remember their fallen comrades on their first heist, Denver plays the song and the group begins to sing & reminisce.

In this scene “Broken Coastline” by Down Like Silver plays as the world watches with baited breath as Alicia rolls up to the bank to deliver Rio out of captivity. Tokyo looks down from inside the bank as Rio, who’s been parted from his comrades and subjected to torture, gives ahout of triumph in his moment of blissful freedom.

The crowd protesting at the gates of the Bank of Spain cheer him on while the Professor & Tokyo celebrate the return of their friend.