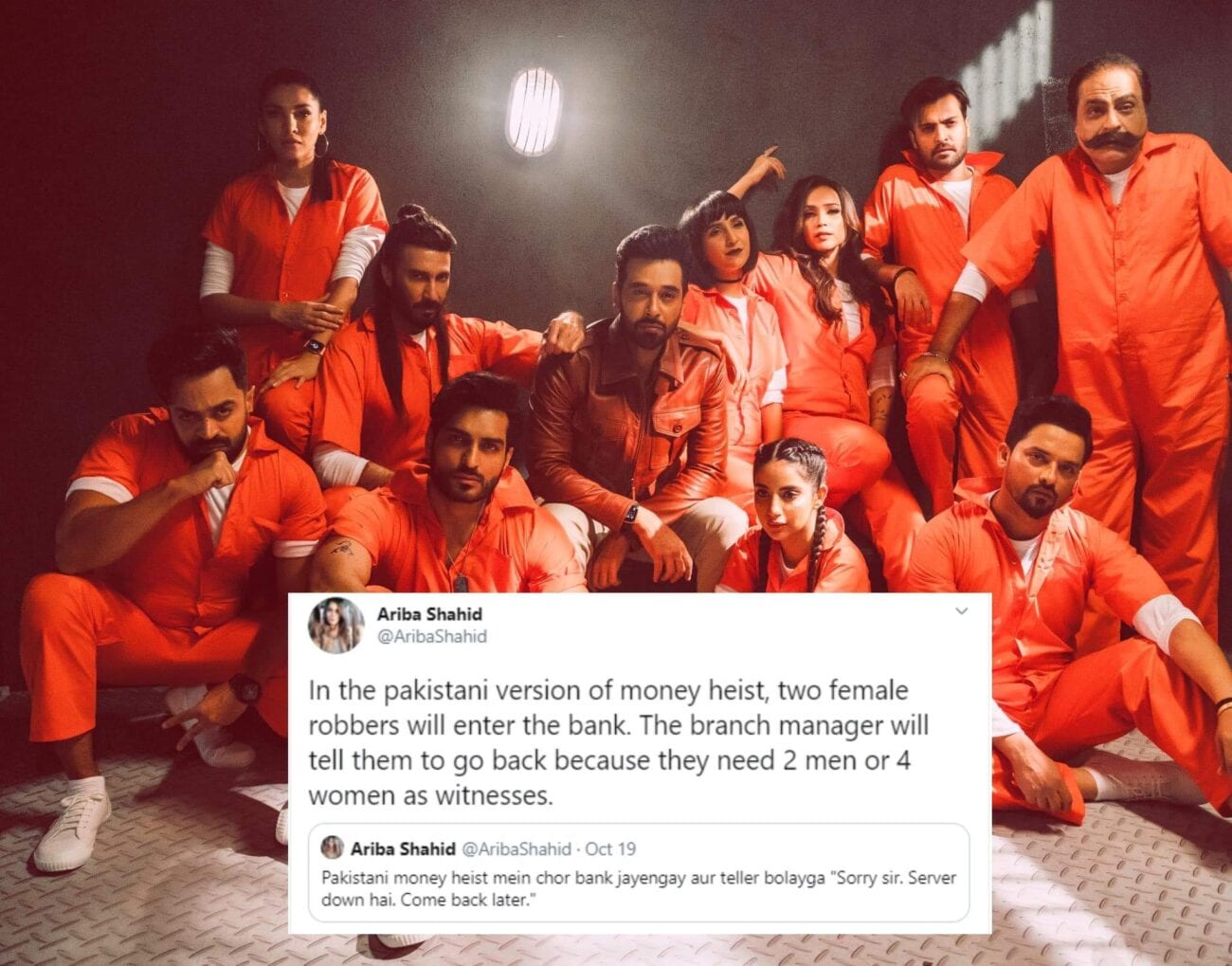 Is Pakistan getting their own ‘Money Heist’? Netflix fans made memes

Recently a teaser trailer was released for the Pakistani movie 50 Crore –  in English this would translate to “500 million”. Actor Aijaz Aslam posted an eight second clip which features his character posing for mugshots. However, there are now also a few promotional images on the internet, now.

Fans of the international hit Money Heist quickly noted how visually similar 50 Crore seemed to be when compared to the Netflix series. There’s even a character who resembles Tokyo, wearing a short bob and a pretty obvious choker necklace.

50 Crore hasn’t been announced as a Money Heist adaptation, so fans of the series quickly became more than a little annoyed by what seemed to be a complete rip-off of the beloved Netflix show. Their reactions were passionate and a number of them were memes; here are our favorites. 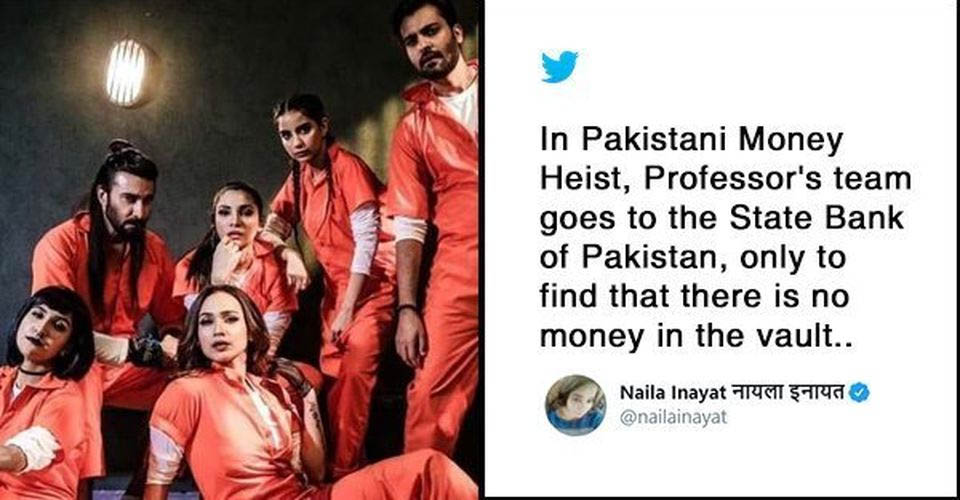 Many of the responses to the idea of a new version of Money Heist coming out of Pakistan were political comments, such as this reference to Pakistan’s economy.

Omg what did I see, "Pakistani Money Heist" 🤣🤣

Time to leave the earth. pic.twitter.com/NxoaDLRQcJ

This fan edit compares bits of Money Heist to some of 50 Crore’s teaser trailer whilst also implying 50 Crore is lesser in quality. The end is especially funny because the person people have assumed to be the new Professor looks absolutely nothing like the original.

This Twitter user clearly is not going to accept any version of Money Heist that isn’t the Netflix version. (Not that we blame them.)

We won’t watch anything under 720p – anything less & the blurriness hurts our eyes. Honestly, this meme just makes our stance that much stronger.

If they would have made a darker, more realistic version of Money heist in Pakistan that would have been something cool. No prisoner here dresses up like this, secondly our prisons dont look like this, Theirs do. Please bring realism to our screens #ThursdayThoughts #Moneyheist pic.twitter.com/E2b4XwoSvt

While this response might not be sensational or funny we appreciate this thoughtful response to Pakistani media. They’re valid critiques and definitely worth discussing.

That money heist at home: pic.twitter.com/ukd0h5Z6LK

This use of what has become a classic meme format really fits for this situation. Sometimes you just want the nice version mom.

Money heist Pakistan can never work. They’d be stuck in the traffic outside any bank lol

If you really wanted a realistic version, the gang will completely miss their chance for a solid robbery because the highway is backed up for hours.