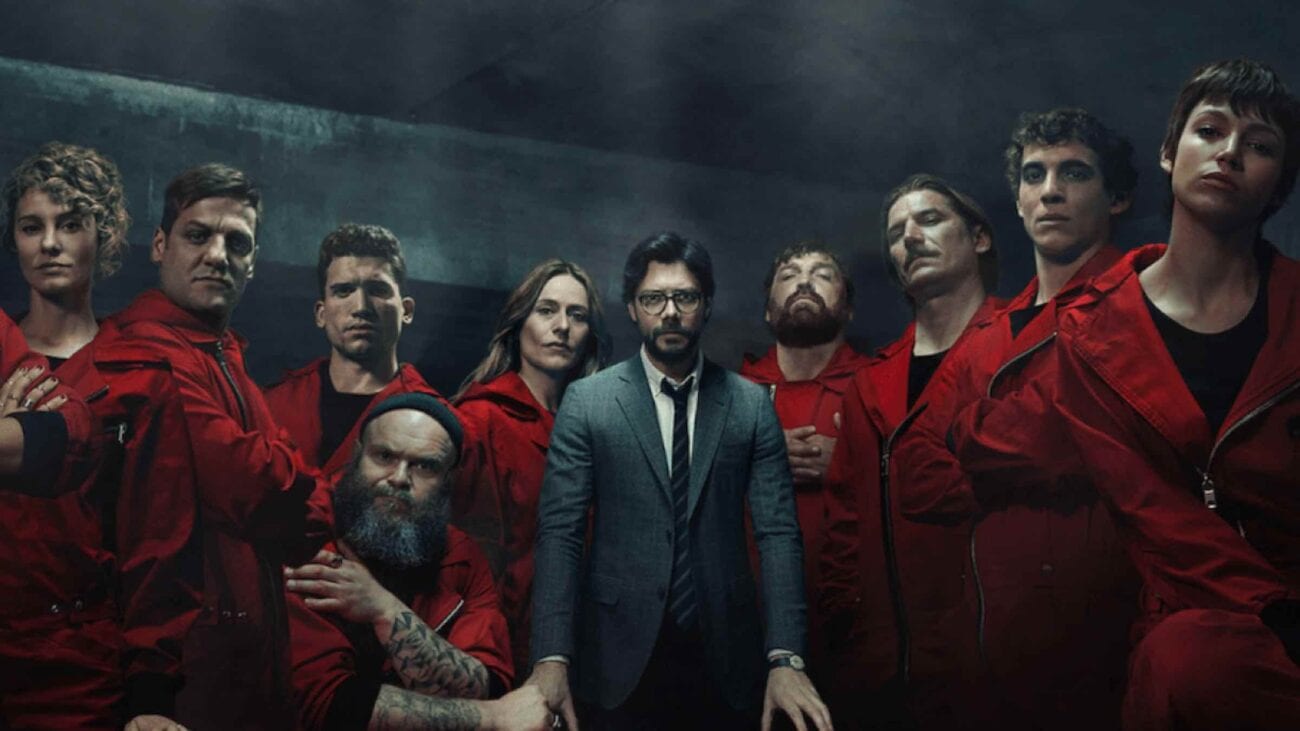 It’s been four seasons since we were introduced to Money Heist and its protagonist, The Professor (Alvaro Morte) – the criminal mastermind looking to pull off history’s heftiest heists, while facing off against teams of determined authorities.

This week, Netflix announced the upcoming fifth season of Money Heist will also be the show’s last. With fans scrambling to predict what relationships will last and which lives will end, there are still so many loose ends to tie up. Here’s why we want more seasons of this global hit. 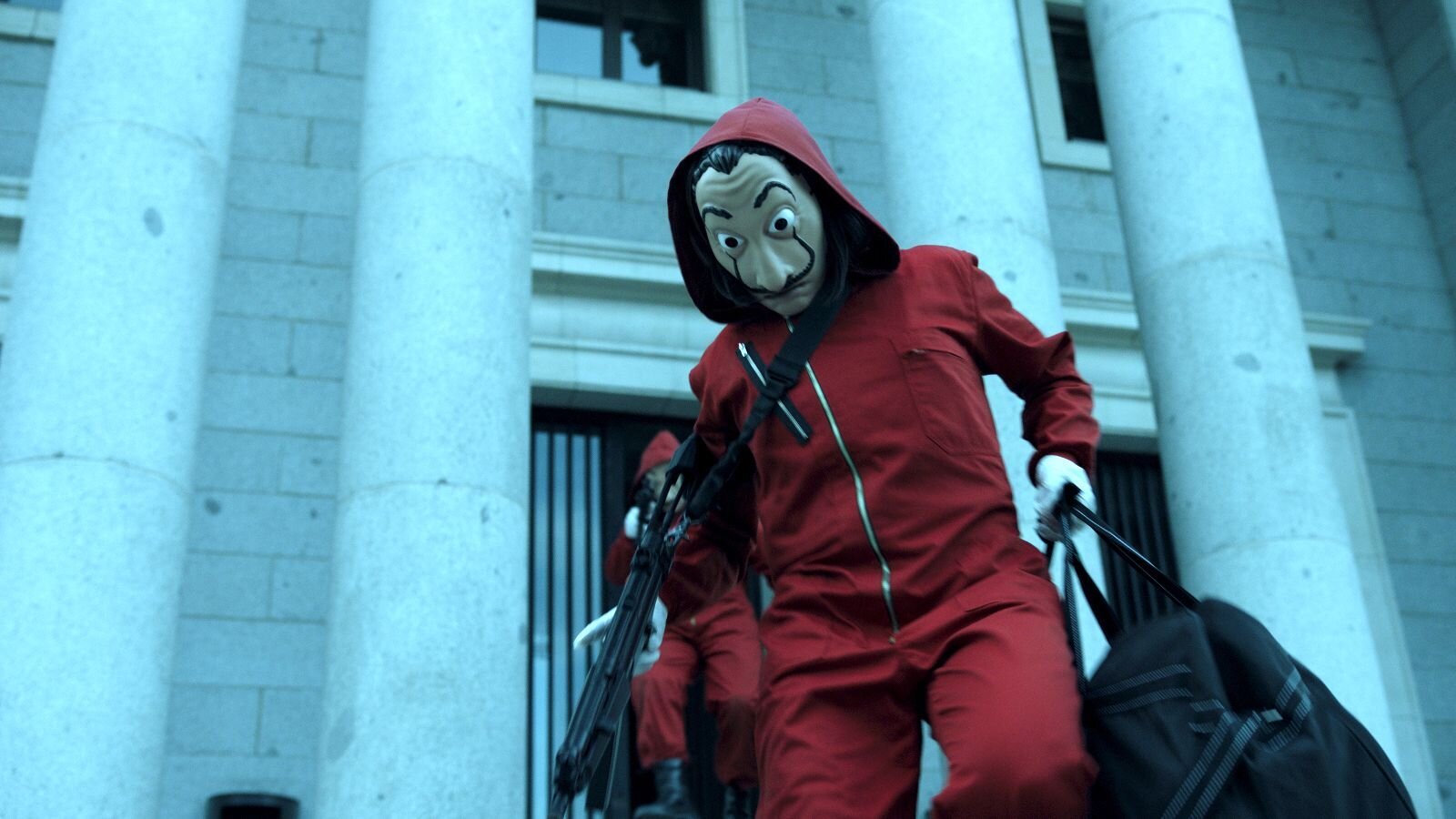 The ten-episode final season will be a difficult one for fans and show creators alike, who will finally face an end to their favorite character or storyline. As executive producer and creator of Money Heist, Álex Pina stated the challenges: “How to put the Professor on the ropes. How to get into situations that are irreversible for many characters.”

While Season 4 concluded with Detective Alicia Sierra (Najwa Nimri) going rogue, exposing the corruption of authorities to the press, and in a frantic search to locate the Professor’s hiding place, pressure is mounting for the Season 5 opener – will the Professor finally get caught? 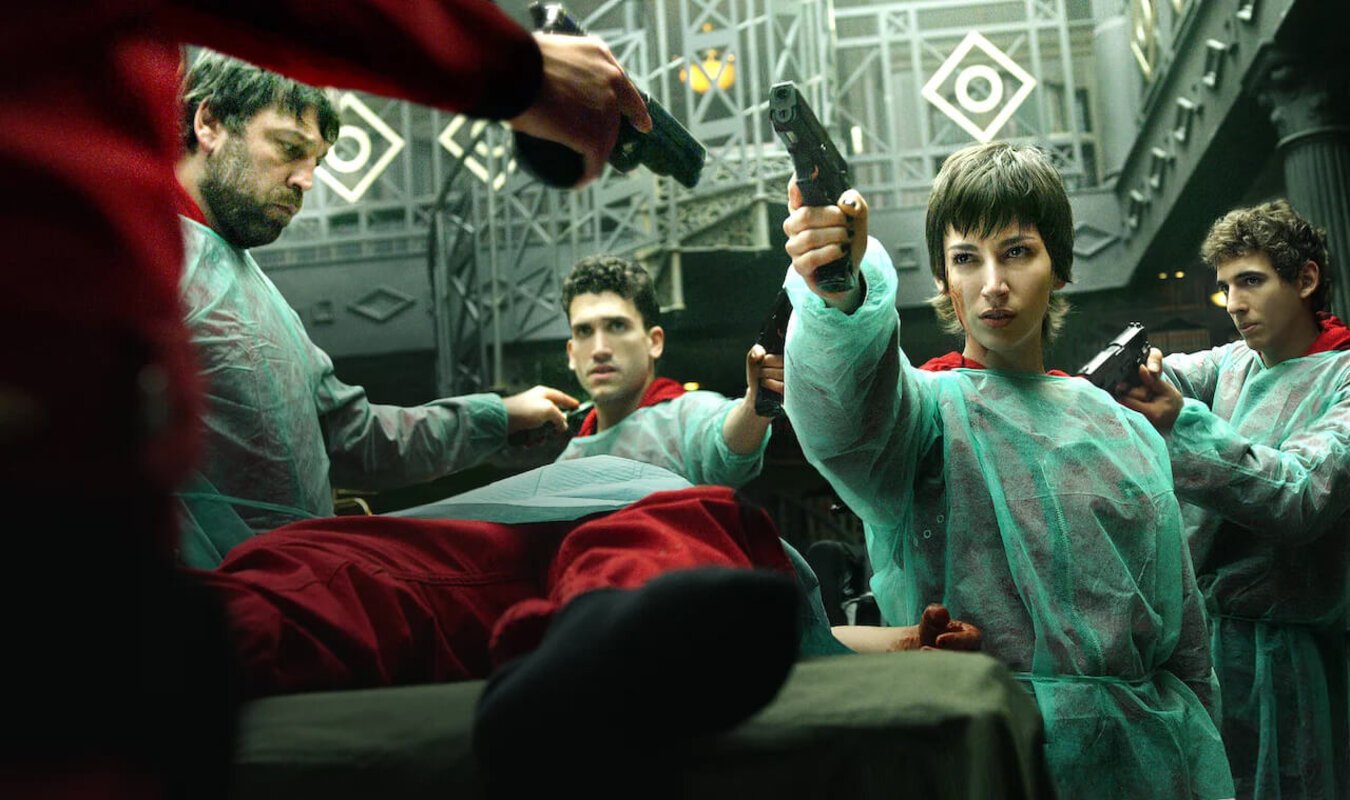 Released to global audiences and filmed throughout several countries, Money Heist offers intricate, fast-paced episodes. Unlike traditional heist stories, this series draws out each season, diving into the relationships of its characters – audiences get a taste of moral ambiguity shared by the loveable cast of criminals and unlikeable authorities.

Money Heist’s writers ensure the series is not without classic heist-genre tropes. The Professor is our suave suit wearing mastermind engaged in an endless match of wits with the likes of Inspector Raquel Murillo (Itziar Ituño), a determined officer proving she can hold her own in the male-dominant police force.

Where the series deviates and leaves us craving more, really falls upon the well-written characters. Tokyo’s (Úrsula Corberó) complicated position above the team, or Berlin’s (Pedro Alonso) tension between personal and professional attitudes towards powerful women –  viewers recognize how every plot point potentially affects every character. 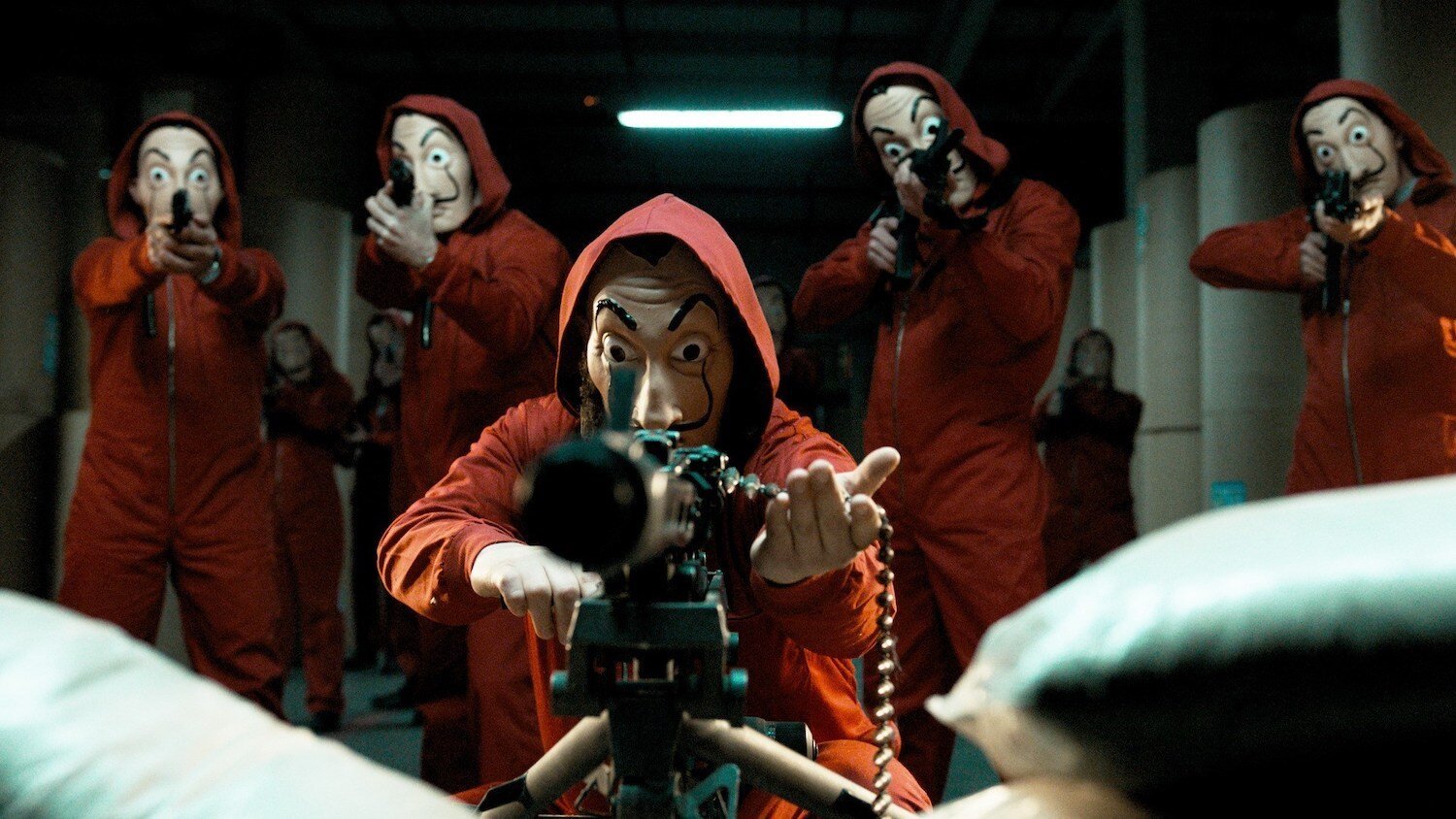 Becoming one of the most watched and sought after non-English TV shows on Netflix, Money Heist has added its own milestone to another breakthrough year of foreign productions – not unlike the attention from Bong Joon-ho’s Academy Award-winning Parasite.

Then there’s the matter of sexual representation – Money Heist’s dedication to character development left room for its writers to create a diverse cast of characters, especially in its creation of LGBTQ+ storylines within the action and crime focus. 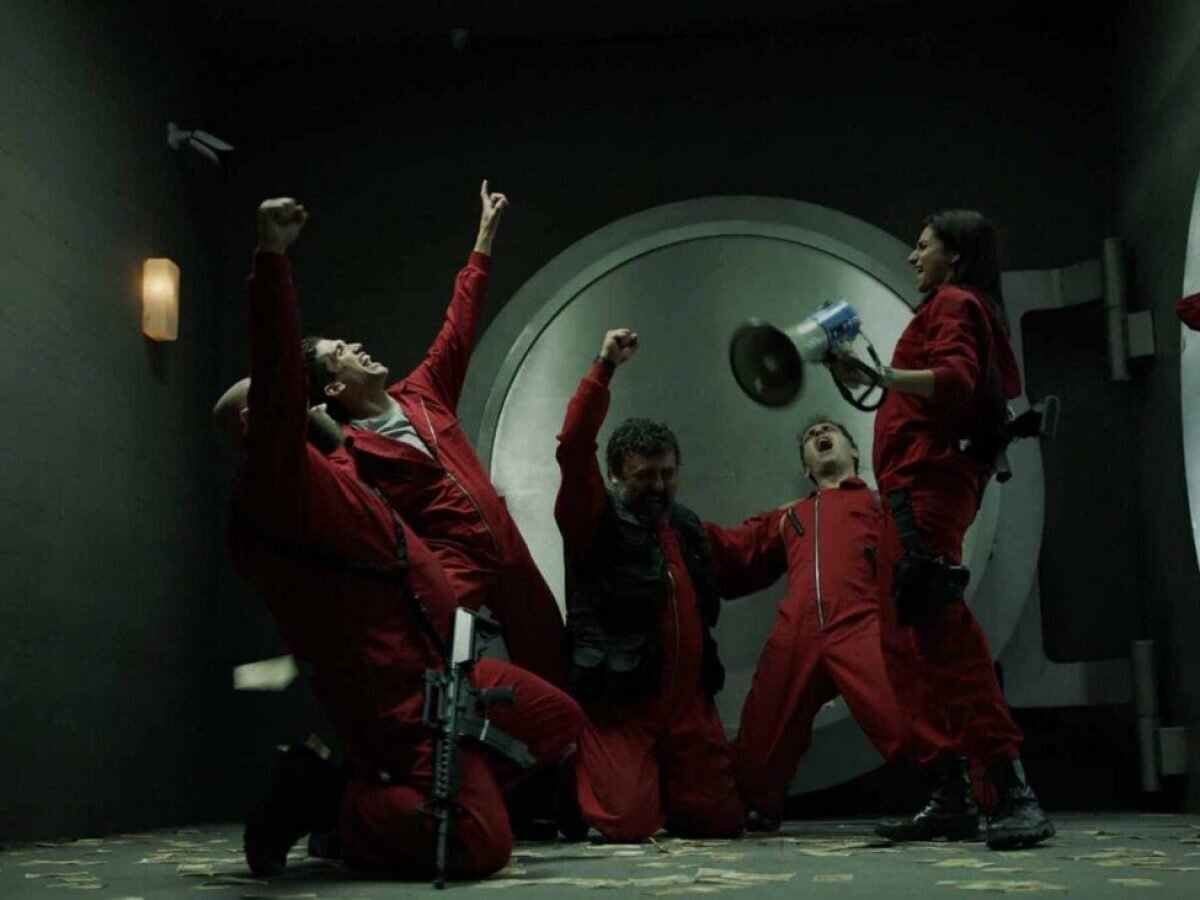 Remember when Palermo (Rodrigo de la Serna) expresses his love for his straight best friend – the more reserved Berlin – only for writers to reveal Palermo is misleading the gay and hopelessly in-love Helsinki (Darko Peric)?

Fans caught amidst the way Money Heist frames both heterosexual and homosexual storylines via a crime-drama, invest in each aspect of the show to experience its resolutions – whether their initial interest or not; inescapable characterizations that prove essential to the series are all a part of its brilliance. 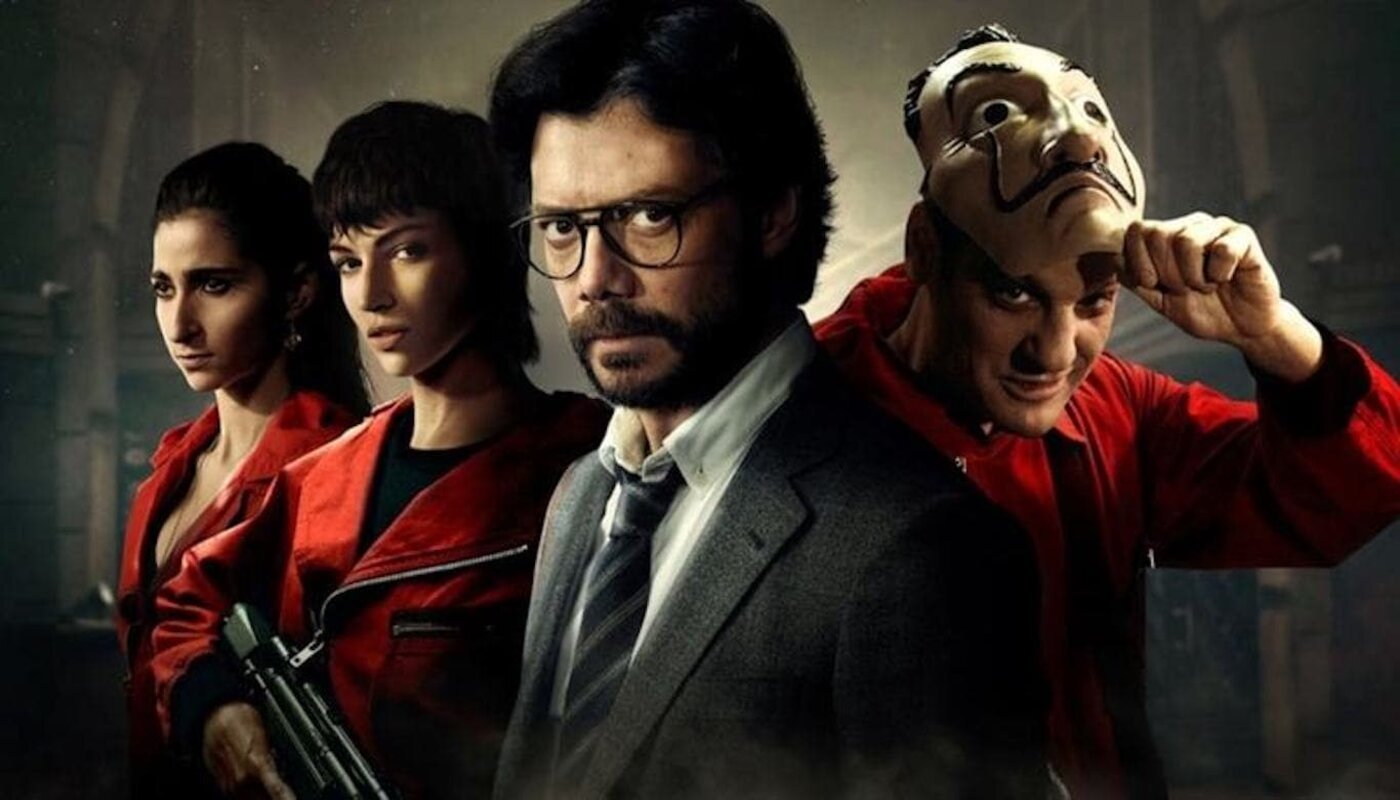 From a diverse, global cast to powerful women and inclusive characters, Money Heist has brought a contemporary, refreshing perspective to accompany its powerful action-crime theme; After all, this isn’t your bland Ocean’s Eleven we’re talking about here.

From the get-go, Season 1 brought us a loose-knit band of thieves, falling victim to character flaws and taboo loves, all while trying to rob Spain’s Royal Mint. The series entices us with over-prepared plans set up for failure, a long-drawn version of a single heist that lasts into Season 2, and cliffhangers galore.

Money Heist slows TV down, replacing repetitive episodes packed with predictable formats like many crime dramas, with a character-driven plot and extensive storyline. The series replaces explicit commentary with endless subversion – from representation to power dynamics – mirroring a host of real-world struggles in need of recognition. 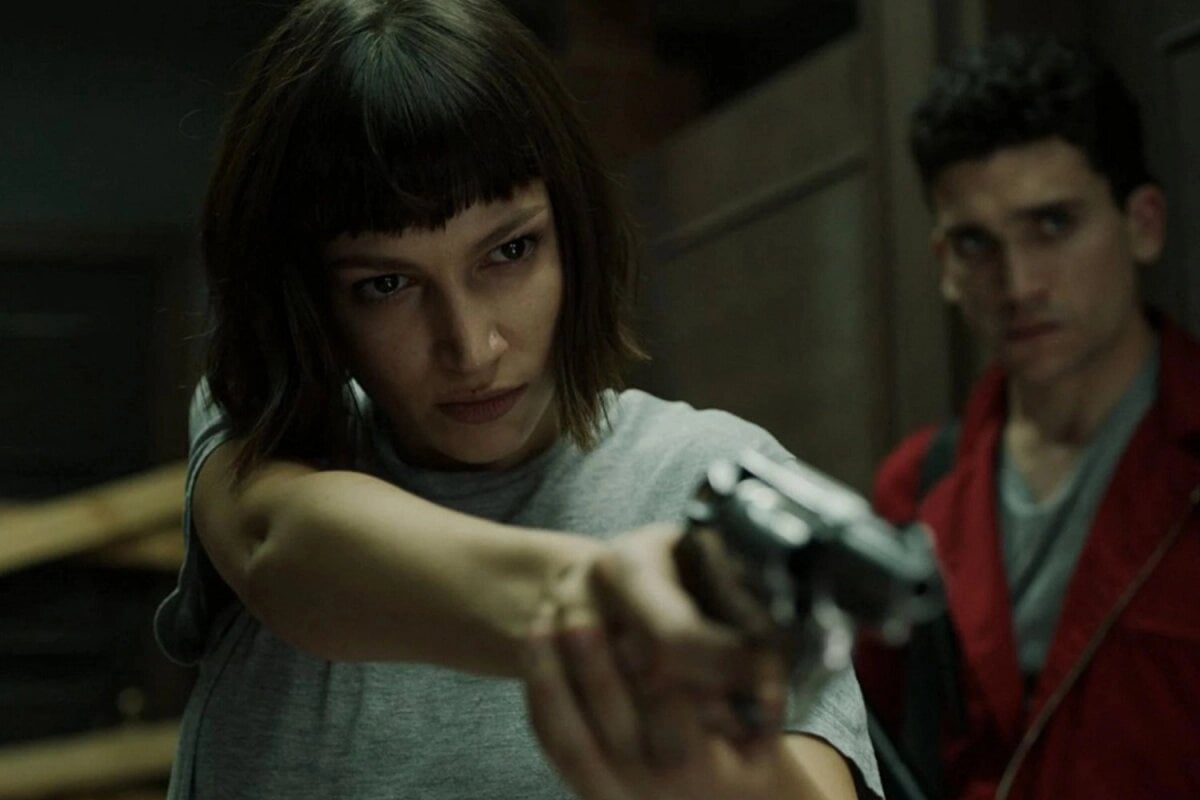 Money Heist resumed production with a couple new names added to its cast: Miguel Angel Silvestre who held roles in the popular Narcos, and the Netflix original series Sense8, as well as the young Patrick Criado, who’s no stranger to dramatic TV roles.

While fan theories run rampant, we’re glad the show will get something not all series are afforded – a scripted, conclusive ending to its final season (hopefully).

But with the recognition received by Money Heist’s strong, global cast, its unique action-packed narrative pacing, and dedication to subverting the traditional heist sub-genre, there’s one thing viewers are craving beyond Season 5 – just, more.