If you found yourself bingewatching all six parts of British ghost story Requiem, you’re likely still embraced by its haunting mystery. Mahalia Belo’s eerie Welsh chiller is so tense & enigmatic, the series demands all of your attention.

Centered around the mystery of a toddler who disappeared in the 90s and a rising cellist mourning the suicide of her mother, the series is a fastidious exploration of the unexplained. It’s also an incredible modern ghost story, reinvigorating the tropes of a well-known & beloved horror genre with a fresh perspective and contemporary setting.

Taking the humble ghost story out of its renowned creaking, dusty period home and recontextualizing it within a modern day setting arguably makes it infinitely scarier. Particularly when such ghost stories use new and fascinating ways to manifest a haunting and make you instantly fearful of everyday objects & spaces. In recent years, a heap of acclaimed modern supernatural movies have modernized the ghost story incredibly well. Here are ten of the best.

Jennifer Kent’s modern horror classic might be the least obvious ghost story on this list but it’s also one of the most inventive. Mr. Babadook is a manifestation of the trauma experienced by a grieving widow (Essie Davis) and her son, but crucially the real ghost of the story is that of the haunting grief experienced by the two as they crumble under the ache of death.

Jessica Chastain (Zero Dark Thirty) & Nikolaj Coster-Waldau (Game of Thrones) star as a couple tasked with taking care of their newly-orphaned nieces. Except they discover a supernatural entity which appears to have an aggressive maternal instinct for them and she’s creepy as hell. Andy Muschietti’s modern ghost story will leave you so creeped out, you might need to call your own mom for comfort.

Ti West’s lo-fi horror about two bored employees hunting for ghosts in an old hotel is a slow-burn with a great payoff. Full of great self-awareness, dark comedy, and some playful reworkings of familiar tropes, The Innkeepers is ultimately about the power of fear & suggestion and the manifestation of anxiety.

This New Zealand horror comedy from Gerard Johnstone centers around a petty criminal (Morgana O’Reilly) sentenced to house arrest with her estranged mother. As if awkward conversations about life goals aren’t bad enough, she has to also contend with the evil spirits that are haunting her mom’s home. Ghost or human, the movie is a rollicking exploration of being trapped in a place you’re most certainly not welcome.

Olivier Assayas’s intoxicating drama about a young American in Paris (Kristen Stewart) hoping to make contact with her dead brother while dealing with a (potentially otherworldly) stalker is a haunting masterpiece. Subtle, spooky, and emotional, Personal Shopper delves into horror without sacrificing the drama.

Acting as a prequel for the two movies preceding it, the third installment is set in the 80s, features some horrific moments involving two little girls, and the film uses a rotating VHS camera for some of the tensest movie frights in recent mainstream cinema.

Following two grieving parents who move into a new home only to find themselves attacked by the vengeful spirits of the house, Ted Geoghegan’s modern spook-house movie lures you in with subtle storytelling before dropping an assortment of progressively terrifying chills.

Starring Casey Affleck (Manchester by the Sea) in a classic, ghoulish white sheet, David Lowery’s fantastical drama is a devious riff on classic ghost tropes. Following a woman (Rooney Mara) mourning the death of her husband and moving out of their home (unknowingly leaving his ghost behind), A Ghost Story offers a somber & heartbreaking look at bereavement through a supernatural lens. 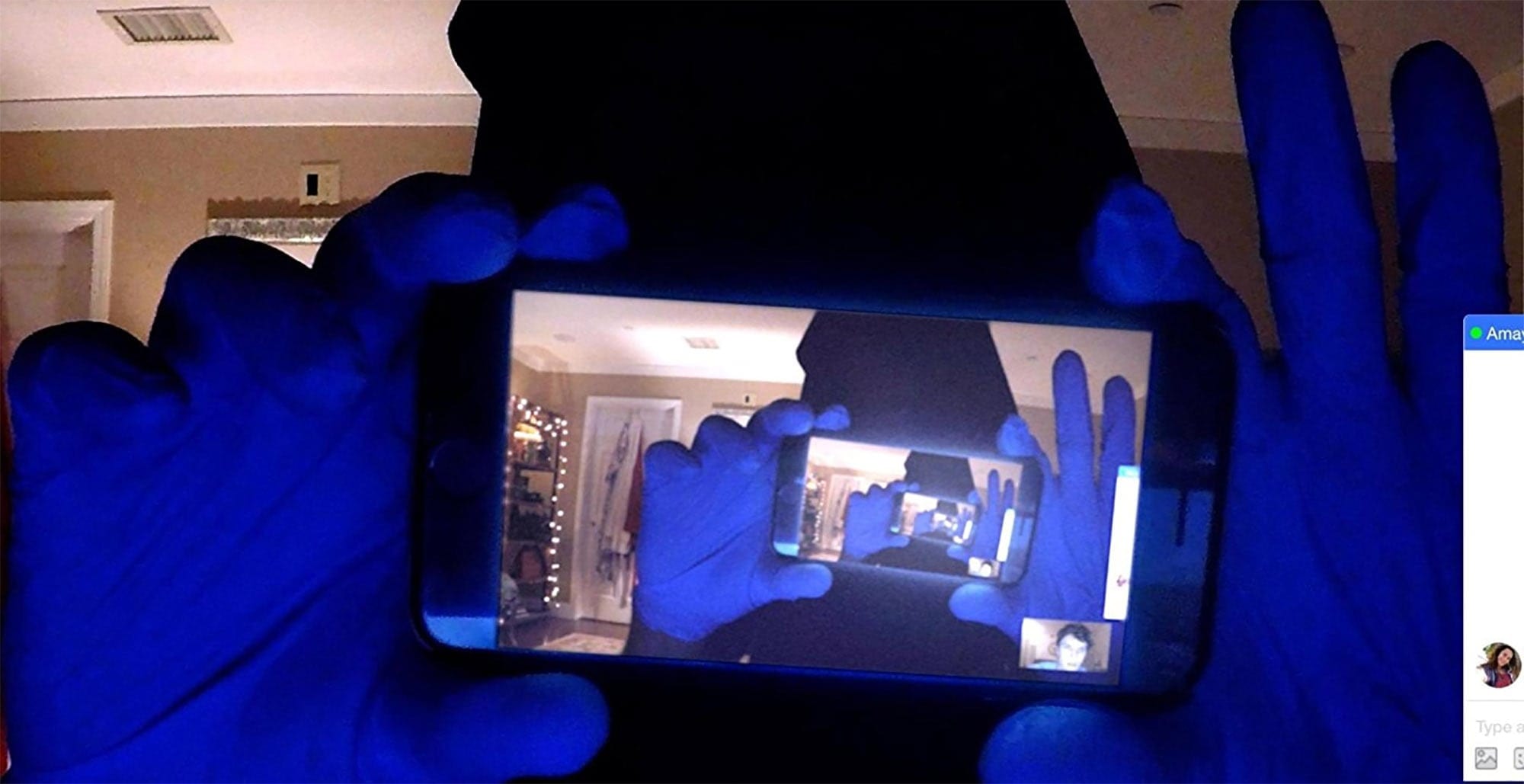 Following a vengeful ghost violently picking off a group of friends one-by-one over Skype, Leo Gabriadze’s Unfriended is one of the most original (and macabre, yet fun) ghost movies ever made. Watch it alone in the dark and on your laptop and you’ll never trust the Skype call ringtone again.

David Robert Mitchell’s atmospheric horror eschews the traditional ghost in favor of a physical manifestation stalking Jay (Maika Monroe), who must find someone to have sex with in order to pass the curse on to someone else. The film is a fresh modernization of a ghost story in which the haunting is within a person, not a set location.