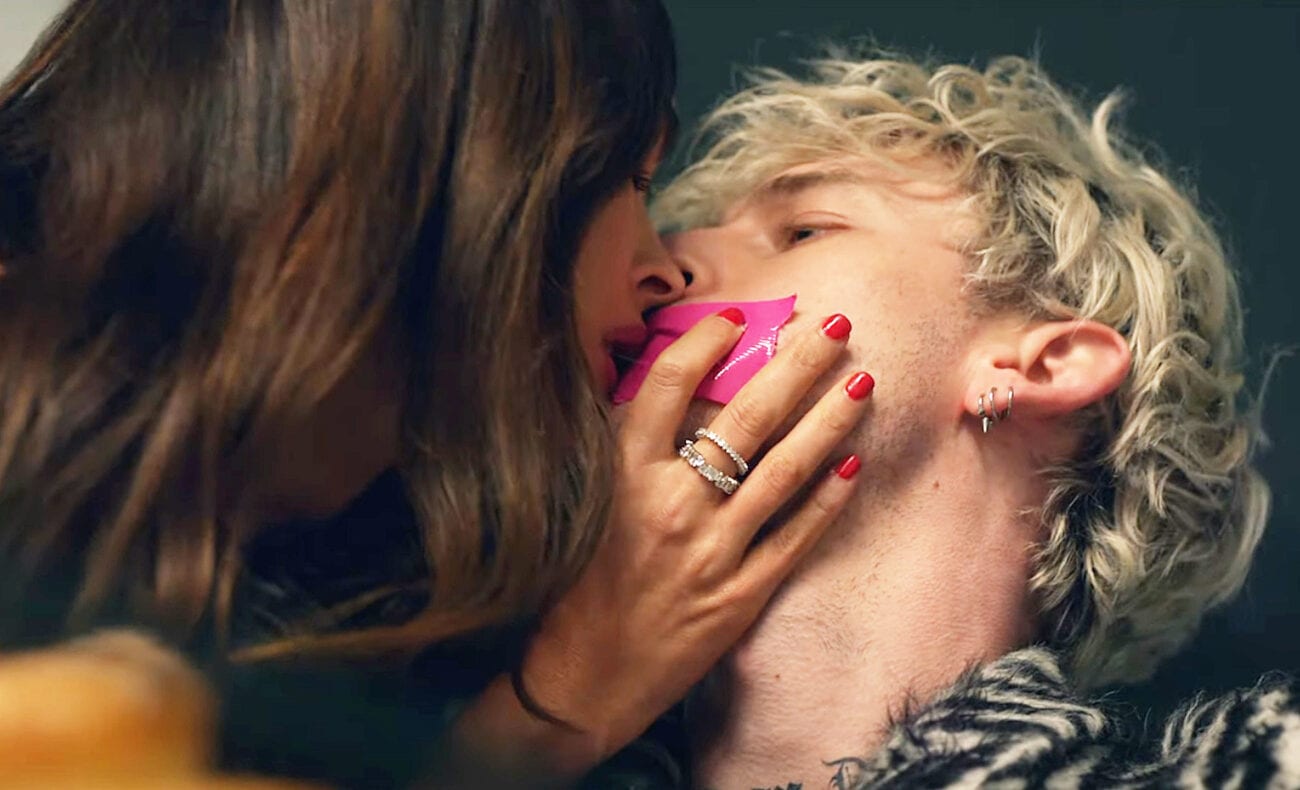 Megan Fox and Machine Gun Kelly: A timeline of their surprising romance

2020 is the Tiger King of years: so many crazy events cropped up, we can’t keep track of them all! One of these events is the Transformers & Jennifer’s Body starlet Megan Fox hooking up with singer & rapper Machine Gun Kelly.

Three days ago, Page Six reported via an exclusive interview with Machine Gun Kelly’s ex, model Sommer Ray, that he cheated on her with Megan Fox. Ray also claimed she was barred from Machine Gun Kelly’s music video for “Bloody Valentine” because “COVID” – but then she discovered Megan Fox was the star of the vid, making her (and us) go hmmm. . . 😒 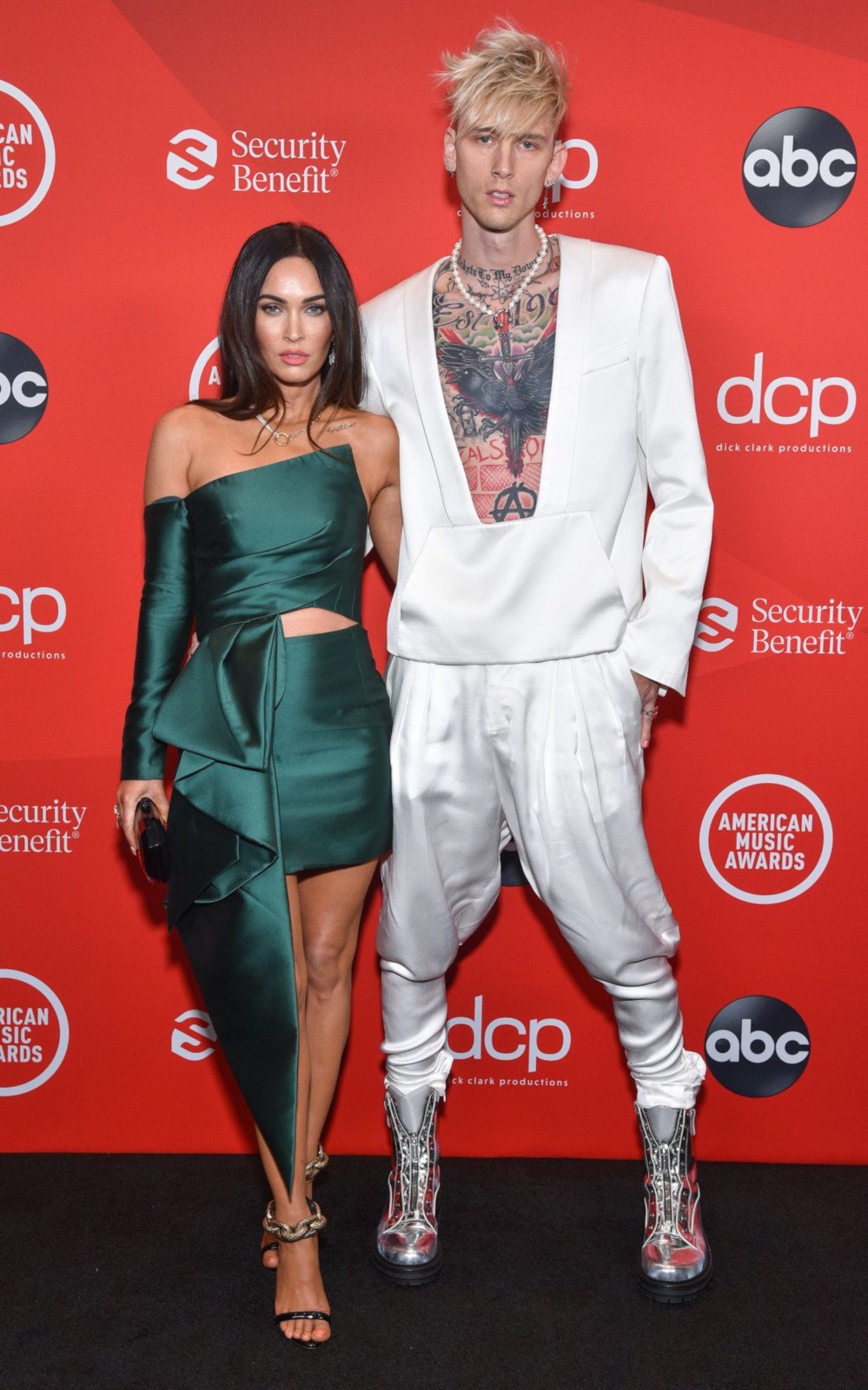 If you’ve hung around New Age circles long enough, you probably already have the deets on what “twin flames” are. Also known as kindred spirits or soul mates (though some argue these are different things), Megan Fox & Machine Gun Kelly believe their souls are connected over multiple lifetimes, and therefore, even if it breaks Sommer Ray’s heart, Fox stated she believes they’re meant to be.

In Megan Fox & Machine Gun Kelly’s first joint interview on the Entertainment Tonight podcast Give Them Lala . . . With Randall, Fox explained she had a special feeling about meeting Kelly for the first time on the set of Midnight in the Switchgrass. 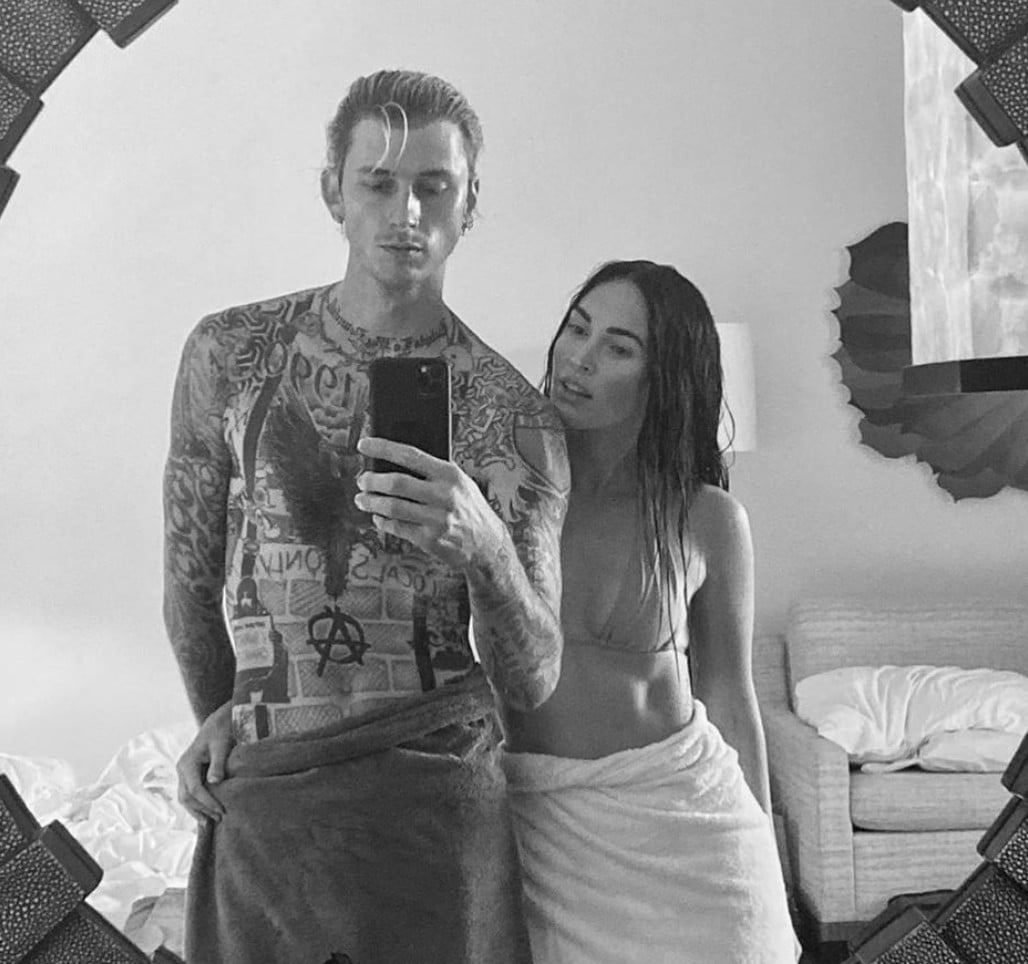 “I was like, ‘Who is going to play this role?’ And he was like, ‘Oh, we just got Machine Gun Kelly,’ and immediately, I was like, ‘Uh-oh.’…Yeah, because I knew—I could feel that some wild shit was going to happen to me from that meeting, but I wasn’t yet sure what. I just felt it, like, deep in my soul—that something was going to come from that.”

Meanwhile, per their interview, Machine Gun Kelly pined after Fox by longingly staring at her as she strolled from her car to her trailer. He explained “she would have to get out of her car. There were, like, five steps between the car and the trailer. And I would just sit there and hope.” 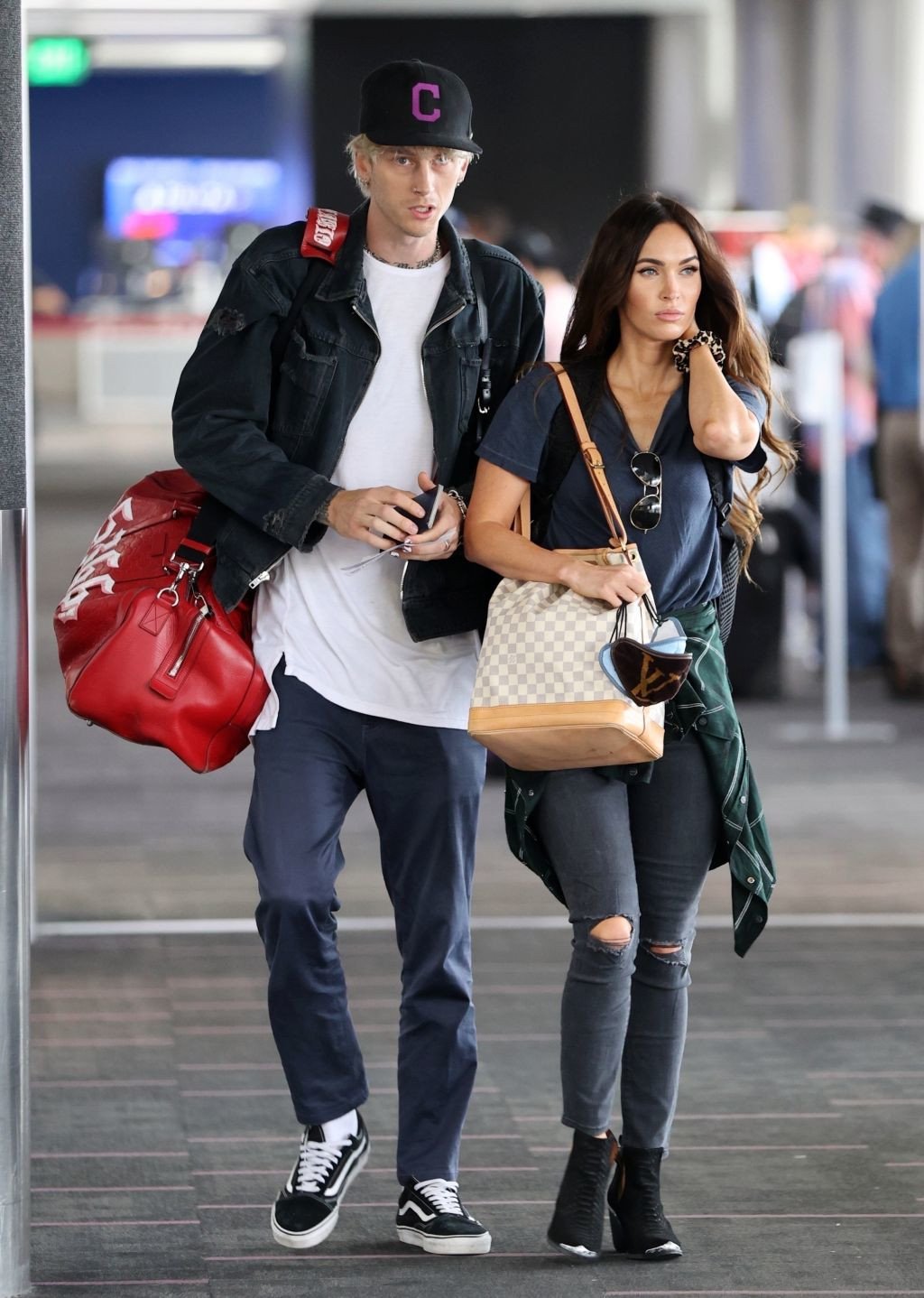 Written in the stars?

After these hot vibes were exchanged back in spring 2020, Megan Fox did what any believer in twin flames would do and did an astrology reading, comparing the natal charts of her and Machine Gun Kelly to see if they were a match.

“I knew right away that he was what I call a twin flame,” she said. “Instead of a soul mate, a twin flame is actually where a soul has ascended into a high-enough level that it can be split into two different bodies at the same time. So we’re actually two halves of the same soul, I think”, she explained. 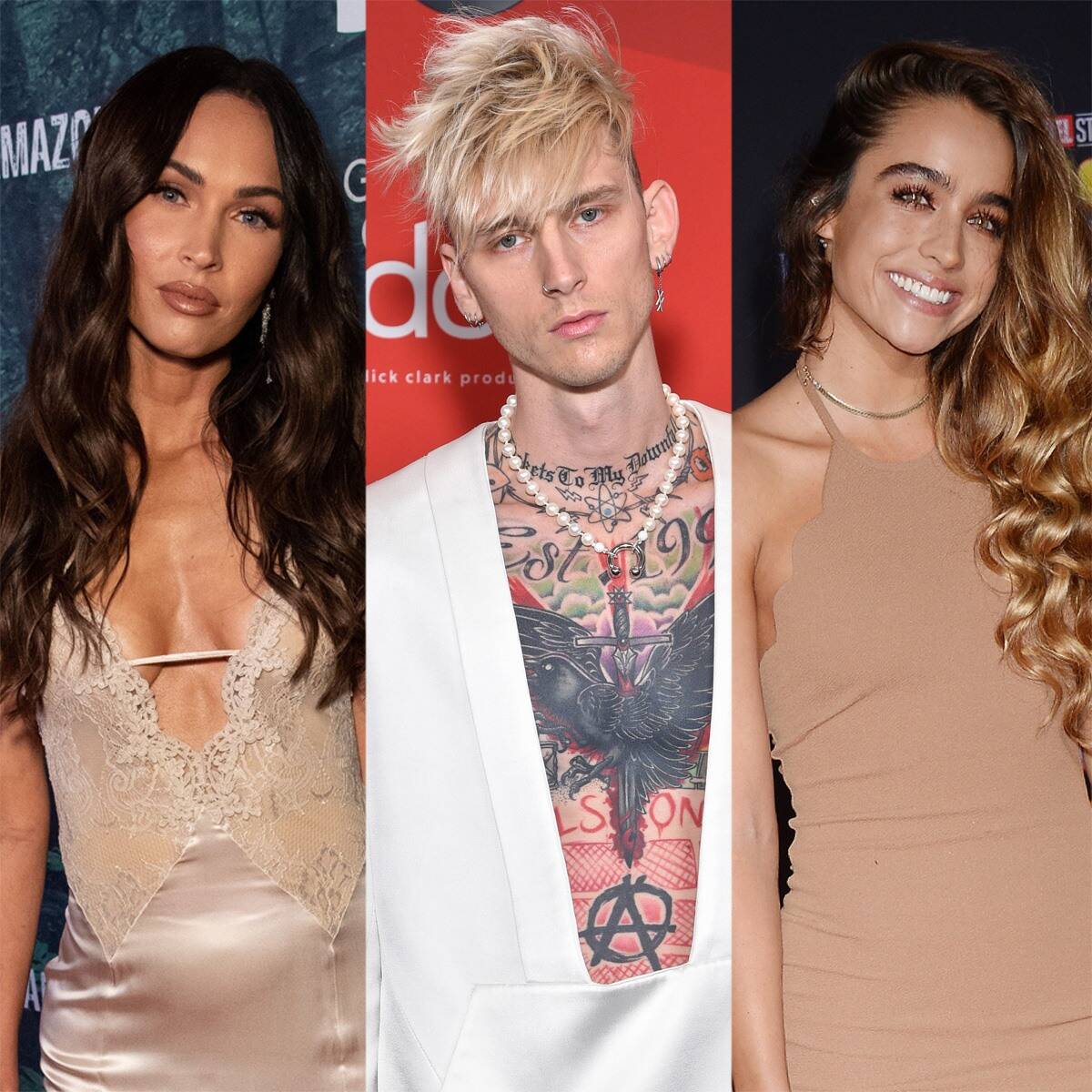 Meanwhile, Sommer Ray detailed on Logan Paul’s podcast Impaulsive that she called it quits with Machine Gun Kelly before things got serious. “I dated Colson (Machine Gun Kelly), never had sex with him . . . I make you wait at least three months because I have to make sure that you’re someone good to me.”

After Ray uncovered her new boo was two-timing her with Megan Fox, she quit while she was ahead. “I’m not going to make you a number if you’re not good to me . . . so Colson just never passed the test.” She also joked that had the roles been reversed, she probably would’ve two-timed Machine Gun Kelly with Megan Fox.

Sommer Ray claimed she uncovered Megan Fox & Machine Gun Kelly when she went to Puerto Rico with Kelly while he was filming Midnight in the Sweetgrass. She explained she believed Megan Fox was older with a family of her own, so “she didn’t too much of it”, “it” probably being Kelly & Fox spending a lot of downtime together. 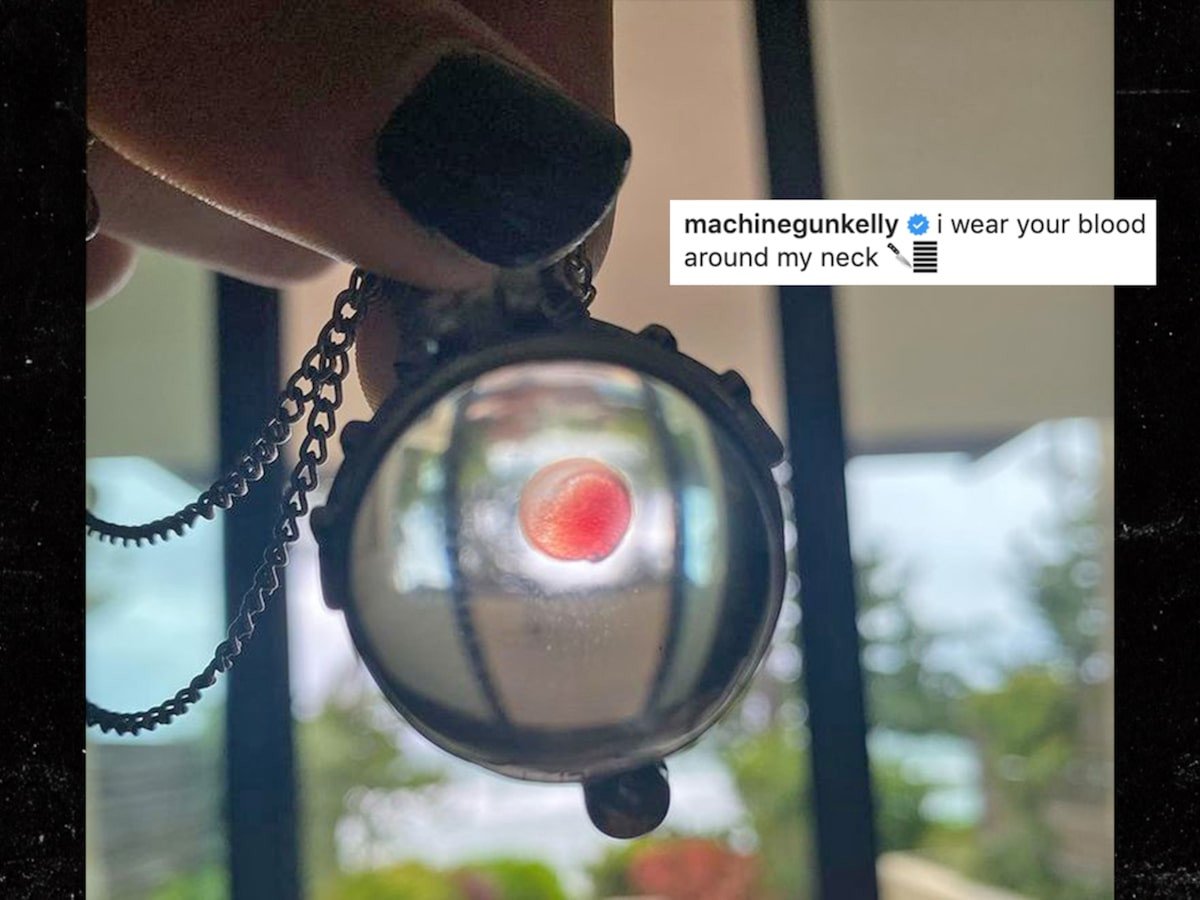 It was confirmed to the media in May & June 2020 that Megan Fox & Machine Gun Kelly were an item. They were spotted at a bar in LA and sporting matching manicures over the summer. In July, Machine Gun Kelly proclaimed Megan Fox has “the most beautiful feet ever”.

The latest bit of news about these starstruck lovers (before Sommer Ray’s cheating allegations) hit on Valentine’s Day, when Machine Gun Kelly declared he wears Megan Fox’s blood as a necklace. He captioned an Instagram post: “I wear your blood around my neck.” So we think it’s safe to say the Fox & Kelly train hasn’t slowed down . . . yet.

Do you think Megan Fox & Machine Gun Kelly will stand the test of time? Let us know in the comments!