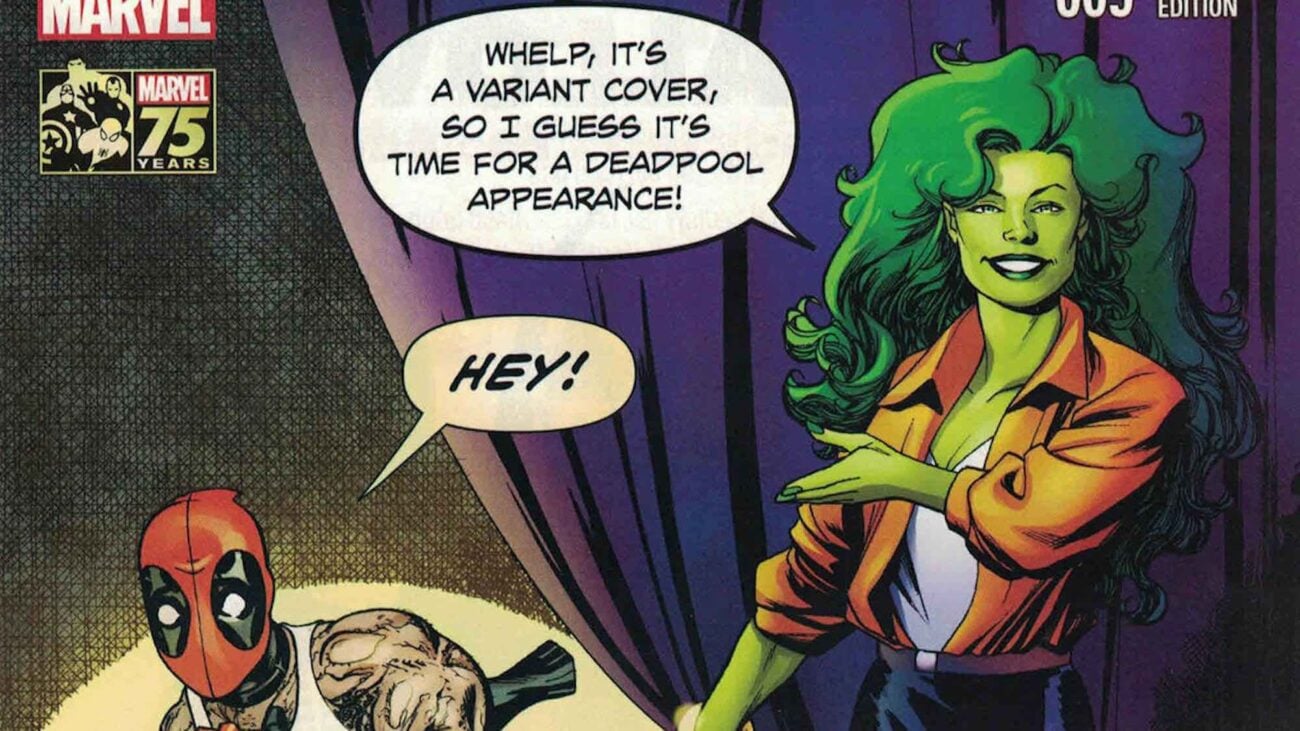 ‘She-Hulk’: Why are fans comparing ‘Deadpool’ to this Marvel TV show?

She-Hulk is an interesting character in Marvel comics. While her cousin Bruce wrestles with the Hulk, his cousin tends to have a better grip on her powers & emotions from the start. She retained her intellect and personality while in her She-Hulk form, which has long since been made a permanent form (much like Professor Hulk in the MCU). But she’s had different variations & interpretations over the years.

Usually, however, She-Hulk comics (or, at least, the ones that we read) tend to veer more toward the comedic side of things. Not to say that the character hasn’t had her own trauma or anything, but, yeah, the best runs of She-Hulk tend to be funny. It looks like the Marvel TV show version of the character is headed down the same path, which is definitely a smart way to handle things.

But, if you were on Twitter, then you probably saw people talking about She-Hulk & Deadpool. Why were they doing it? Well, there’s an interesting connection between the two characters in terms of storytelling. Let’s take a look at some rumors for the series and go from there, shall we?

Jennifer Walters will reportedly break the fourth wall in many instances in the Disney+ ‘SHE-HULK’ series.

The Sensational She-Hulk! versus The Merc with a Mouth

So the DiscussingFilm Twitter said yesterday that the Marvel TV show version of She-Hulk would be doing a lot of breaking of the fourth wall. Cue people getting angry, saying that She-Hulk was copying Deadpool, blah blah blah. As fans of comics will tell you, however, is that, well, She-Hulk did it first. Not in live-action, of course, but in comics, especially the run of The Sensational She-Hulk by John Byrne.

Now that aspect of She-Hulk’s character has, well, not be forgotten but has been toned down, especially with Deadpool running around. Deadpool, of course, became known as the fourth wall breaking character in Marvel, which translated to his live-action movies. But neither of this means that one character is copying the other, they’re both just living some of the best interpretations of their characters out there.

Like we said, She-Hulk is currently filming. We’re not seeing too many images of the set. Though considering that Jen turns big and green? Tatiana Maslany is probably spending so much time in a mo-cap suit in front of a green screen somewhere or something. Hey, it’s something for her & Mark Ruffalo to bond over, since he will make an appearance in the series.

There are, however, rumors. Currently, the biggest one on Twitter is that music star Megan Thee Stallion is signed on for multiple episodes of She-Hulk where she plays herself. Why? Don’t ask questions bro. Megan Thee Stallion is a nerd and is probably planning her next cosplay to be Jennifer Walters/She Hulk. She dressed up as Todoroki from My Hero Academia and did a photoshoot!

The other rumor that we see also appearing on Twitter is an oldie but a goodie: Charlie Cox appearing as Matt Murdock/Daredevil in the series. Now, this? This makes sense. In addition to being a comedy series, She-Hulk will also follow Jennifer’s career as a lawyer. You know who else is a lawyer? Matt Murdock. The pieces are all coming together now, folks.