Loki is two episodes down and about four more to go in its run. The series so far has been pretty great with a cliffhanger at the end of the second episode that we’re eagerly waiting to see resolved. Of course, as with all Marvel shows, there are many, many conversations & memes made, especially on TikTok. Apparently, this is where Loki and actor Tom Hiddleston reign supreme.

Because there’s a pretty hilarious meme making the rounds on TikTok centered around the Time Variance Authority, whose job it is to make sure that the timeline stays intact. Speaking with Syfy Wire, head writer Michael Waldron commented on the meme amongst other things for the series. Let’s see what he has to say about the newest meme sweeping the internet.

Started by bobthuggins, the TikTok meme shows people ending up at the Time Variance Authority for everyday situations that seem pretty impossible to you. Examples are winning an argument with your SO who is always right, talking to your crush, getting the last Cotton Candy Faygo, ordinary everyday things that don’t always go your way nine times out of 10.

Waldron wasn’t aware of the meme until Syfy Wire brought it to his attention, but he thinks it’s pretty rad. He’s also, apparently, feeling his age at the moment for being out of this bit of the pop culture loop. Waldron said, “No, I didn’t [know about it]. Geez, I feel like the oldest person in the world now. That’s incredible.” Waldron has, however, seen some fan theories bouncing about.

On those theories, he’s encouraging fans to keep theorizing, “There are some great theories making the rounds. I’ll tell you what, I love the theories. I love ‘em. “Keep on speculating. There’s no such thing as a bad theory. That’s what I always say” Except for Mephisto, who is pretty much a meme in & of himself at this point. So good luck to whatever actor Marvel decides to cast. 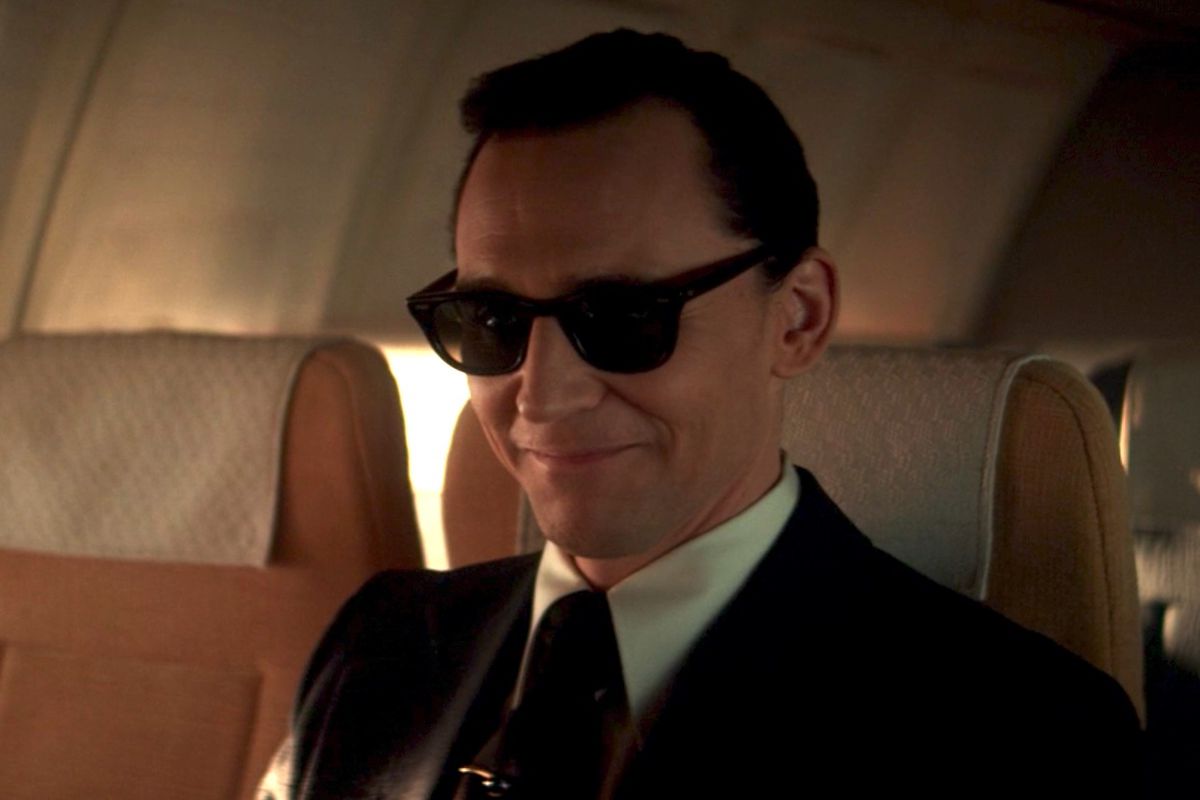 One of the standout moments of Loki has been when Loki got to be an actor himself. His role? D.B. Cooper. That’s right. Loki was that mysterious airplane hijacker who disappeared. He, apparently, did it after losing a bet with Thor (Chris Hemsworth). Why show this sequence? According to Michael Waldron, it was to set up the scope of what the TVA will interfere with it.

“”That was just me writing the first episode and I needed a cool, historical example that’s basically like, ‘What about a time that you’d think the TVA would’ve interfered, but they didn’t?’ That felt like the sweet spot of a historical event that somebody might recognize, but it isn’t so ubiquitous that it feels uninteresting and also, I just love it. That was just a great story from history and a cool little mystery to nod to,” he said.

As for other temporal events, such as the Avengers time shift from Endgame or Steve Rogers (Chris Evans) forsaking his character growth to go back in time to be with Peggy (Hayley Atwell)? Waldron said, “I think the canon that’s important right now is what Loki is experiencing and what our audience… the ride they’re along for with him right now.” Smooth save, bro.

What do you think about the new Loki meme? Do you think Loki was the actor behind other famous figures in the MCU timeline? What do you think will happen next in the series? And what is your wildest Loki theory? Share your thoughts in the comments down below!