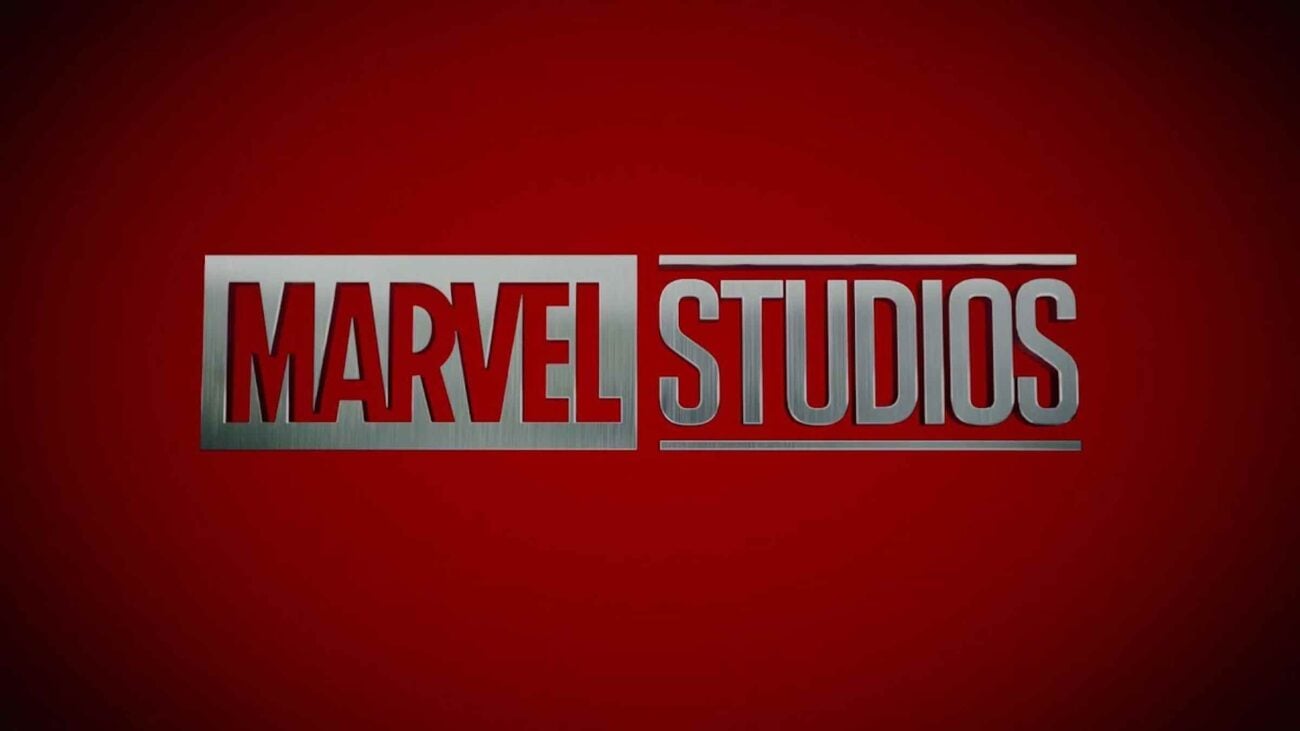 Here’s the thing: with a franchise of movies that can have a complex timeline, there tends to be two arguments that emerge from the fanbase over the best way to view these films. This argument has been going on since Star Wars released its prequel. With twenty-three (and counting) Marvel movies, the debate has gotten larger: chronological order or order of release? 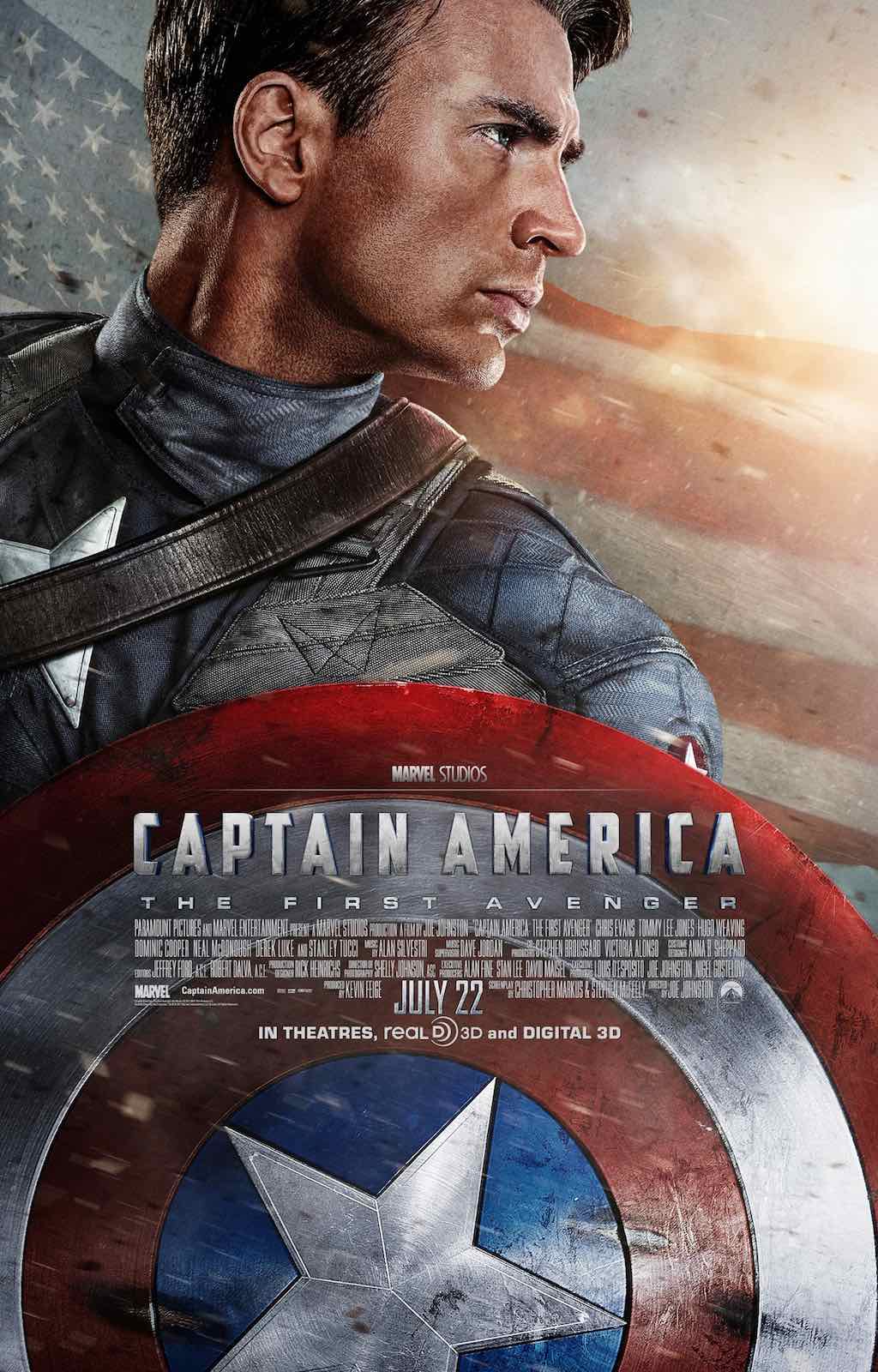 Taking place during World War II, it’s no surprise that the film following Steve Rogers (Chris Evans) journey into becoming the world’s first superhero is the first on the list for chronological order with Marvel movies. You can stream the film with a subscription on Disney+ & Amazon Prime. 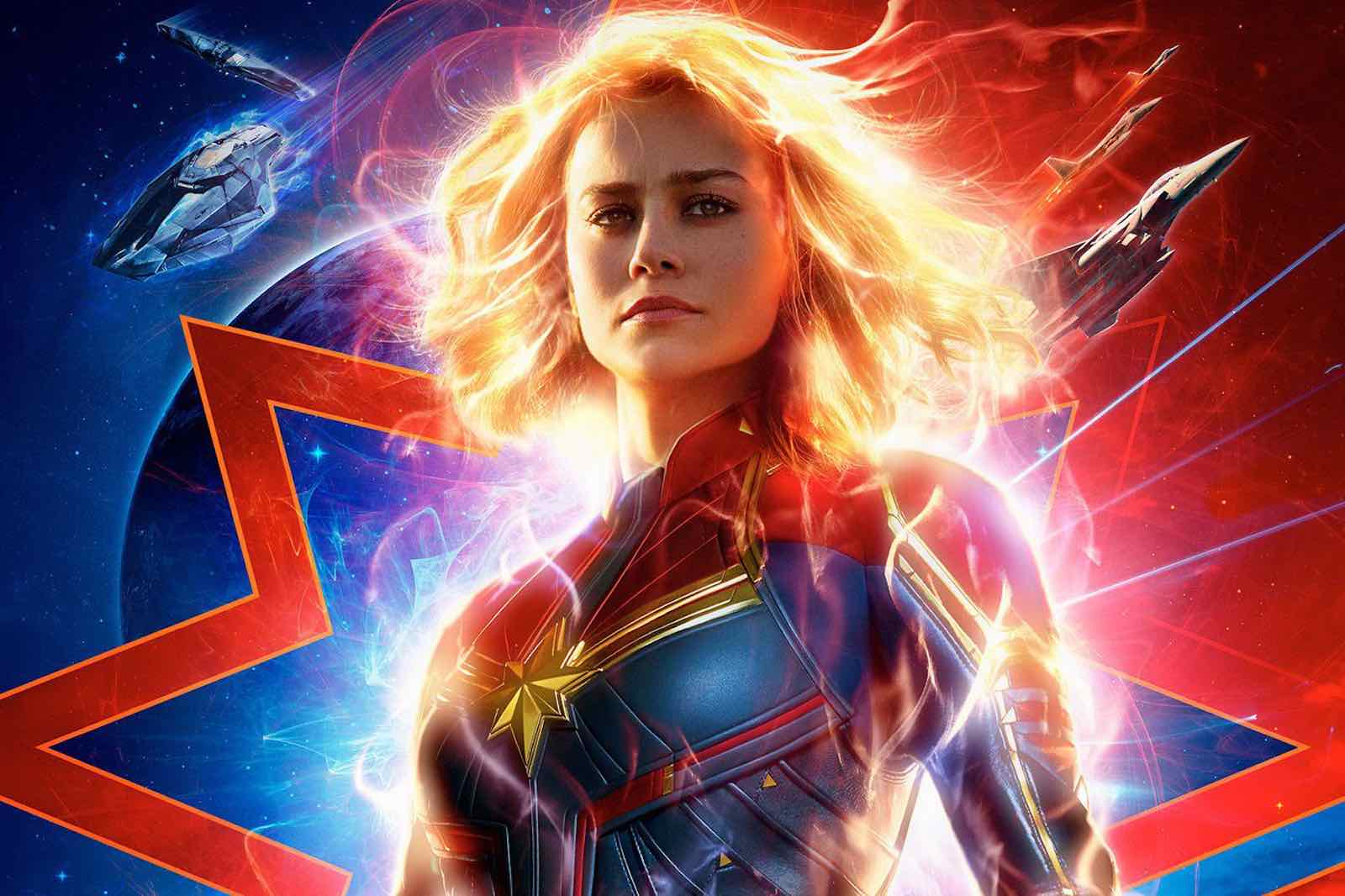 With the debut of adult Monica Rambeau (Teyonah Parris) over in WandaVision, you should go back to the 90s to see the impact that Carol Danvers (Brie Larson) had in both little Monica and her mother, Maria (Lashana Lynch) life. Also, the film is just dripping in the decade, heightening the nostalgia factor in a big way. You can stream this film on Disney+. 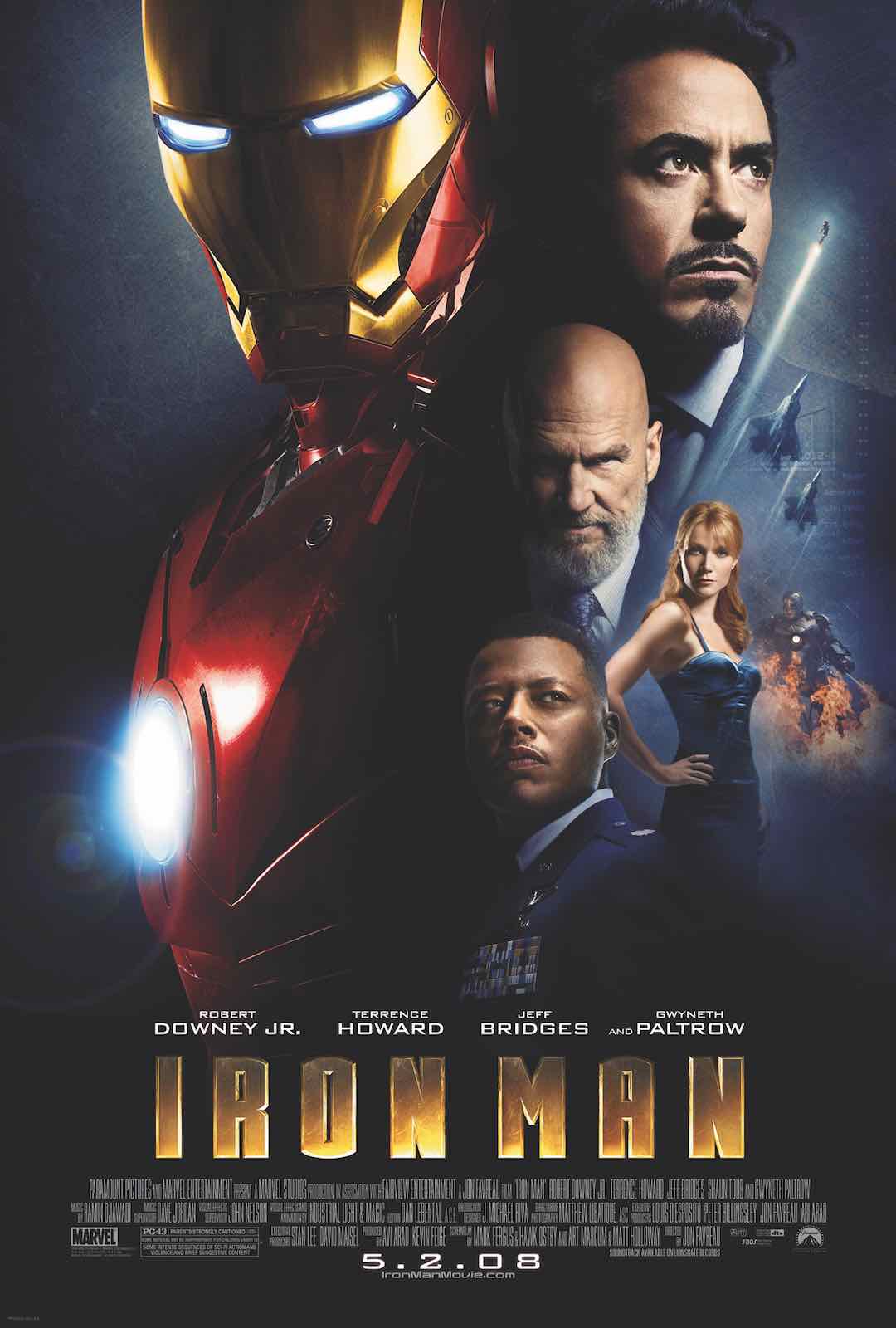 The original MCU film is the third one in this list. Tony Stark (Robert Downey Jr) goes from weapons dealer to superhero in the course of this movie, which showcases why Downey was so perfectly cast in the role. There probably wouldn’t’ve been an MCU without it. You can stream on Disney+. 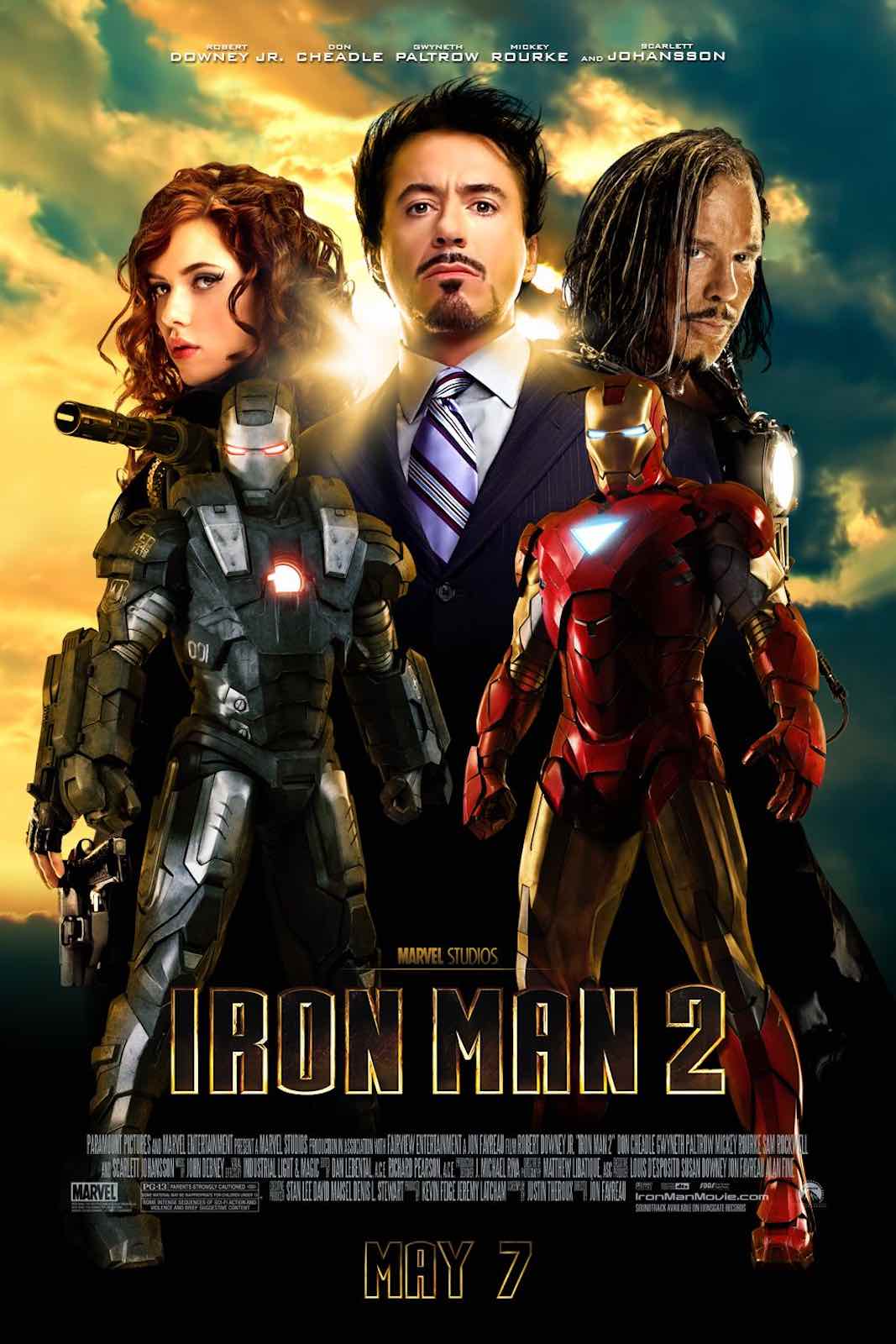 Iron Man 2 brings Don Cheadle to the MCU as James “Rhodey” Rhodes, but the film’s plot is more middling than anything else. Either way, there’s a lot of charming performances by the cast. Fun fact, Iron Man 2 along with The Incredible Hulk and Thor take place over the course of the same week. You can stream on Disney+ & Amazon Prime. 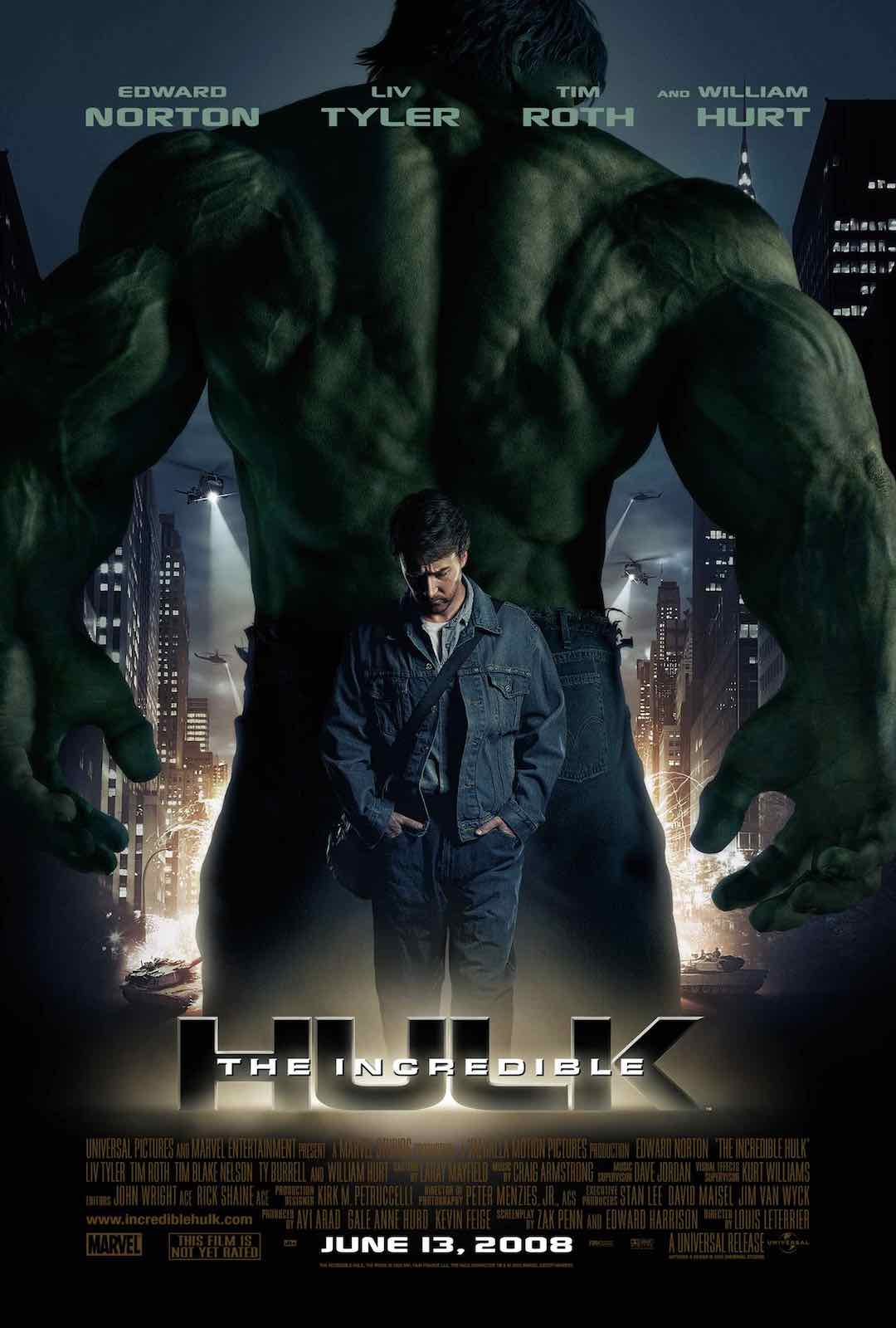 The Incredible Hulk is the only performance of Edward Norton in the role of Bruce Banner before Mark Ruffalo came into our lives & hearts. It’s definitely a must watch as Thaddeus Ross (William Hurt) plays a role in future Marvel movies. You can rent or buy the film, but no one has it to stream. 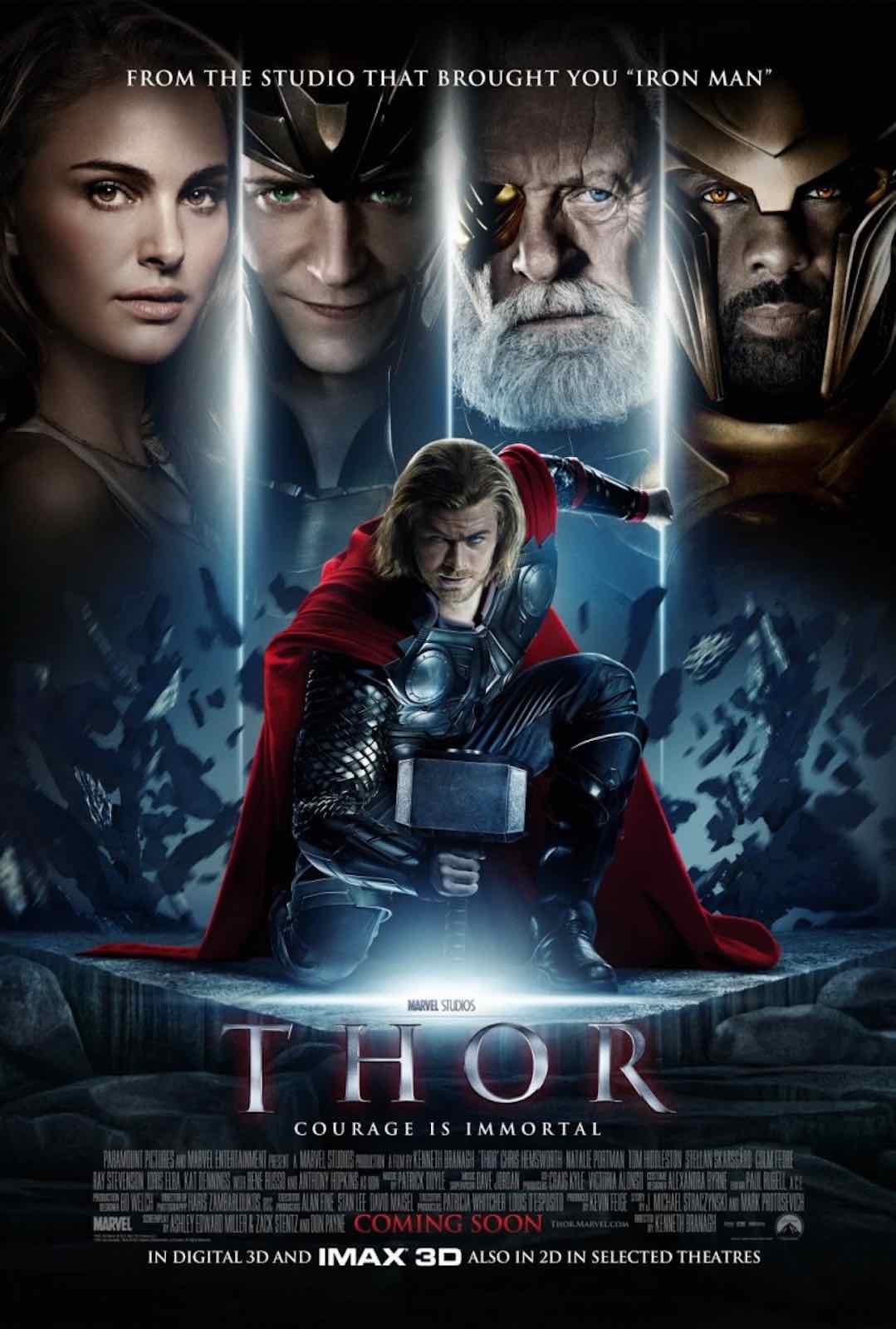 Thor brought a fish out of water story with a lot of charming characters that have appeared across the MCU franchise. We’re super excited to see Natalie Portman in the upcoming, Thor: Love and Thunder. Also, hello Chris Hemsworth! You can stream on Disney+. 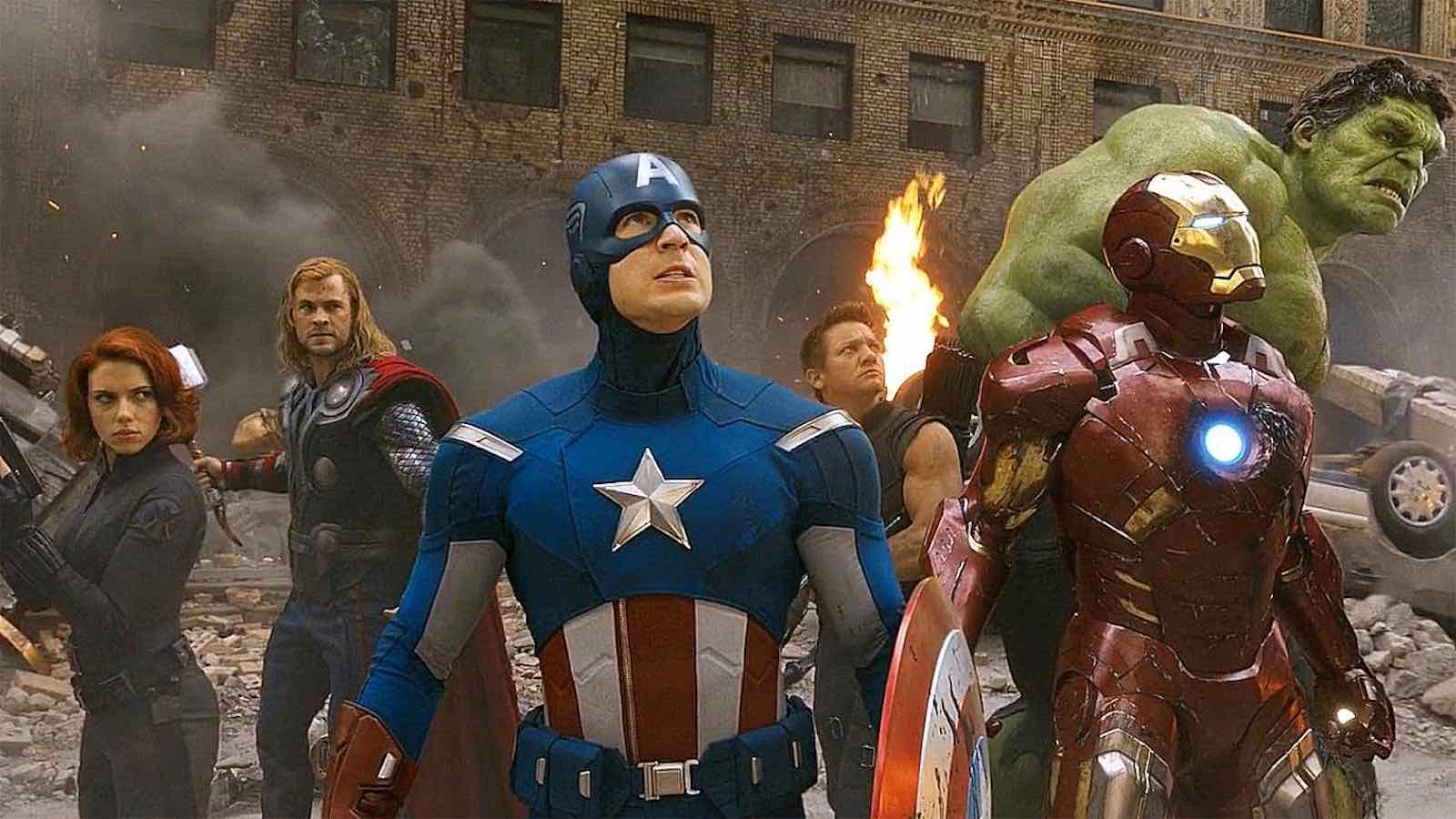 Joss Whedon is an actual garbage human being, but Marvel’s The Avengers is a fun flick. All of the films definitely build to this, and it’s soooo satisfying to see all these characters interact with each other. You can stream with Disney+ & Amazon Prime. 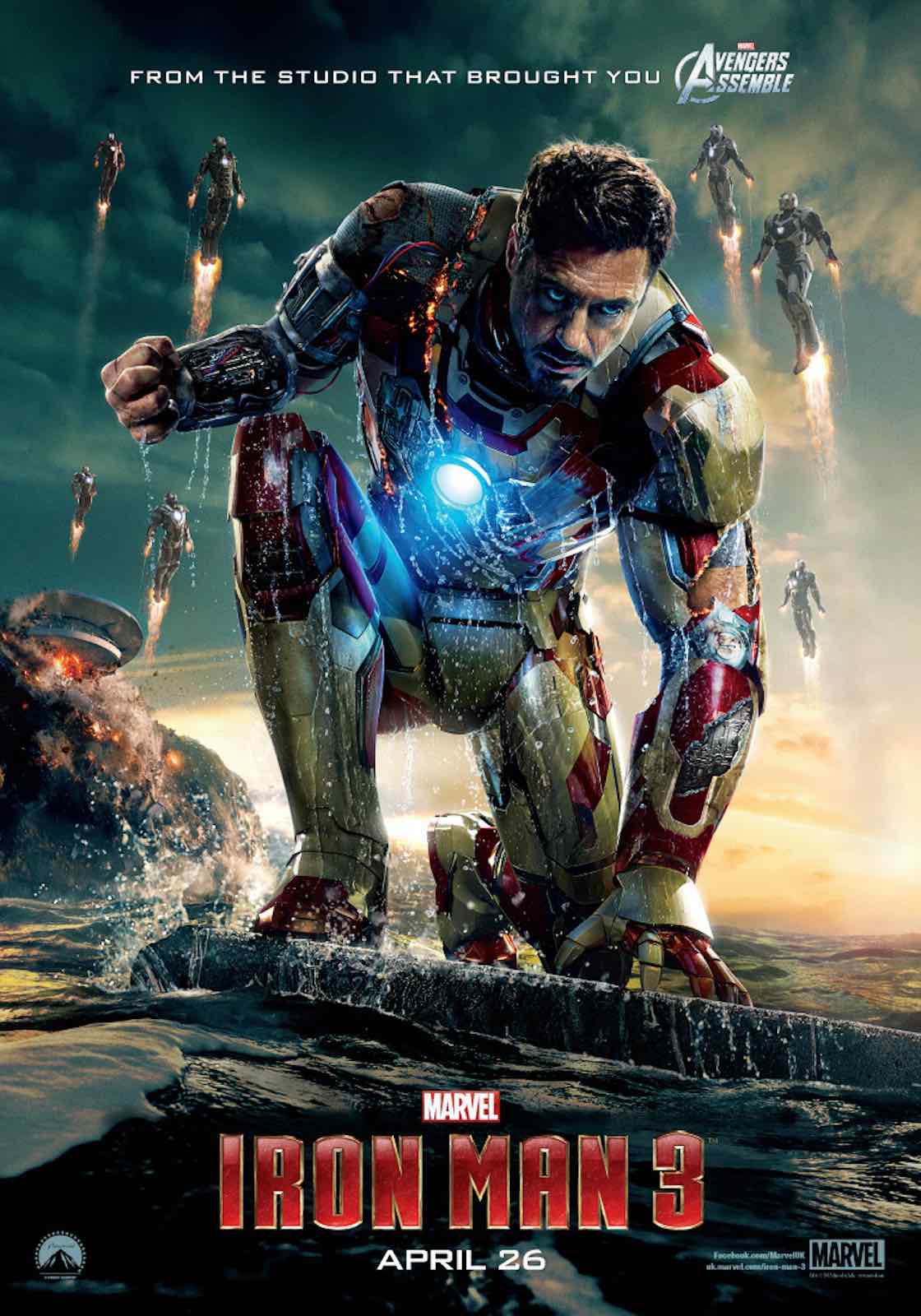 Iron Man 3 shows exactly why Tony Stark is so smart and needs so much therapy. Without the suit, Stark finds his own power while dealing with his near-death experience in Avengers. You can stream on Disney+. 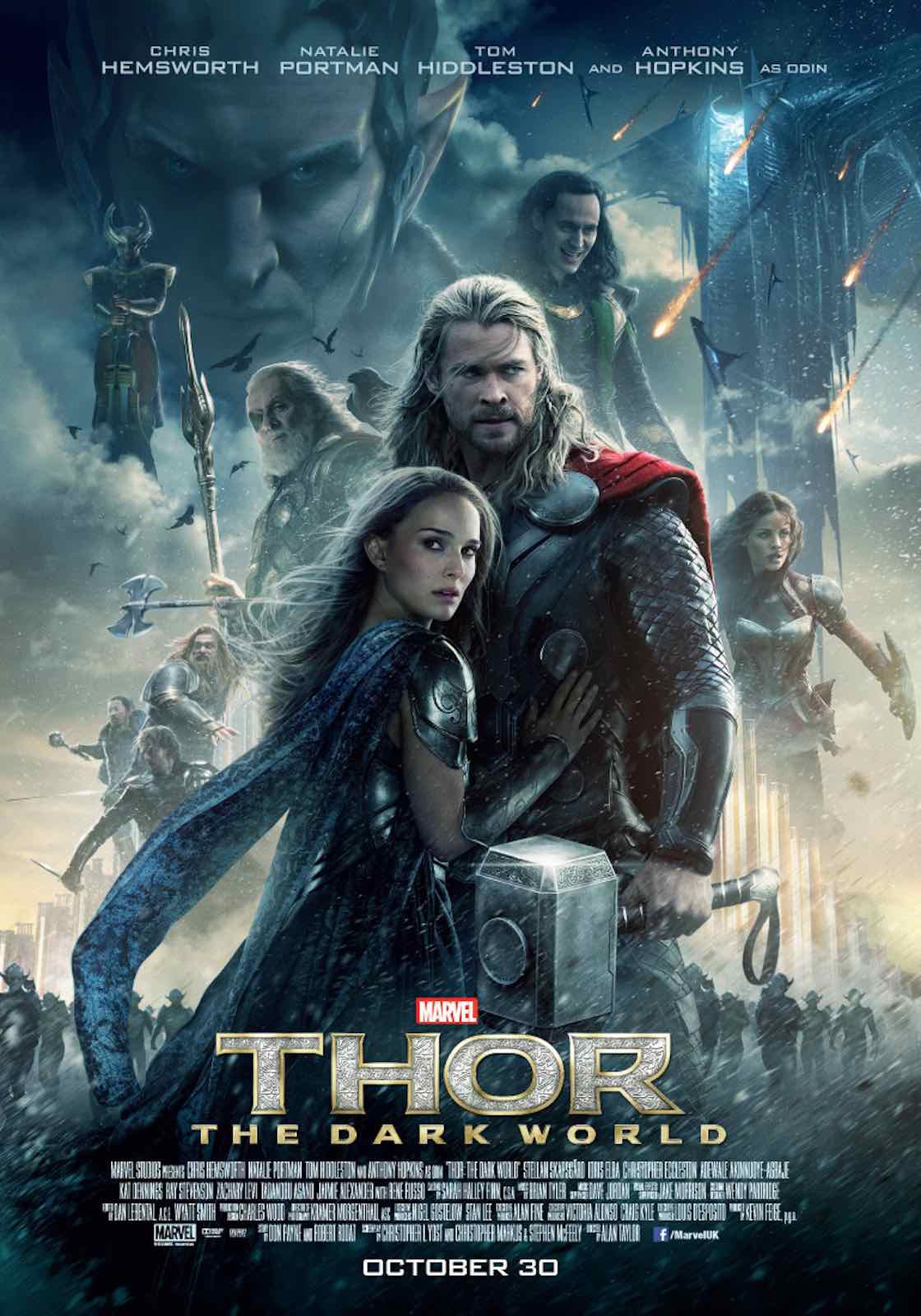 Thor: The Dark World is definitely a movie to watch for completionist sake along with seeing Tom Hiddleston & Chris Hemsworth playing off each other. Overall, it’s not the best movie of the bunch. You can stream it on Disney+. 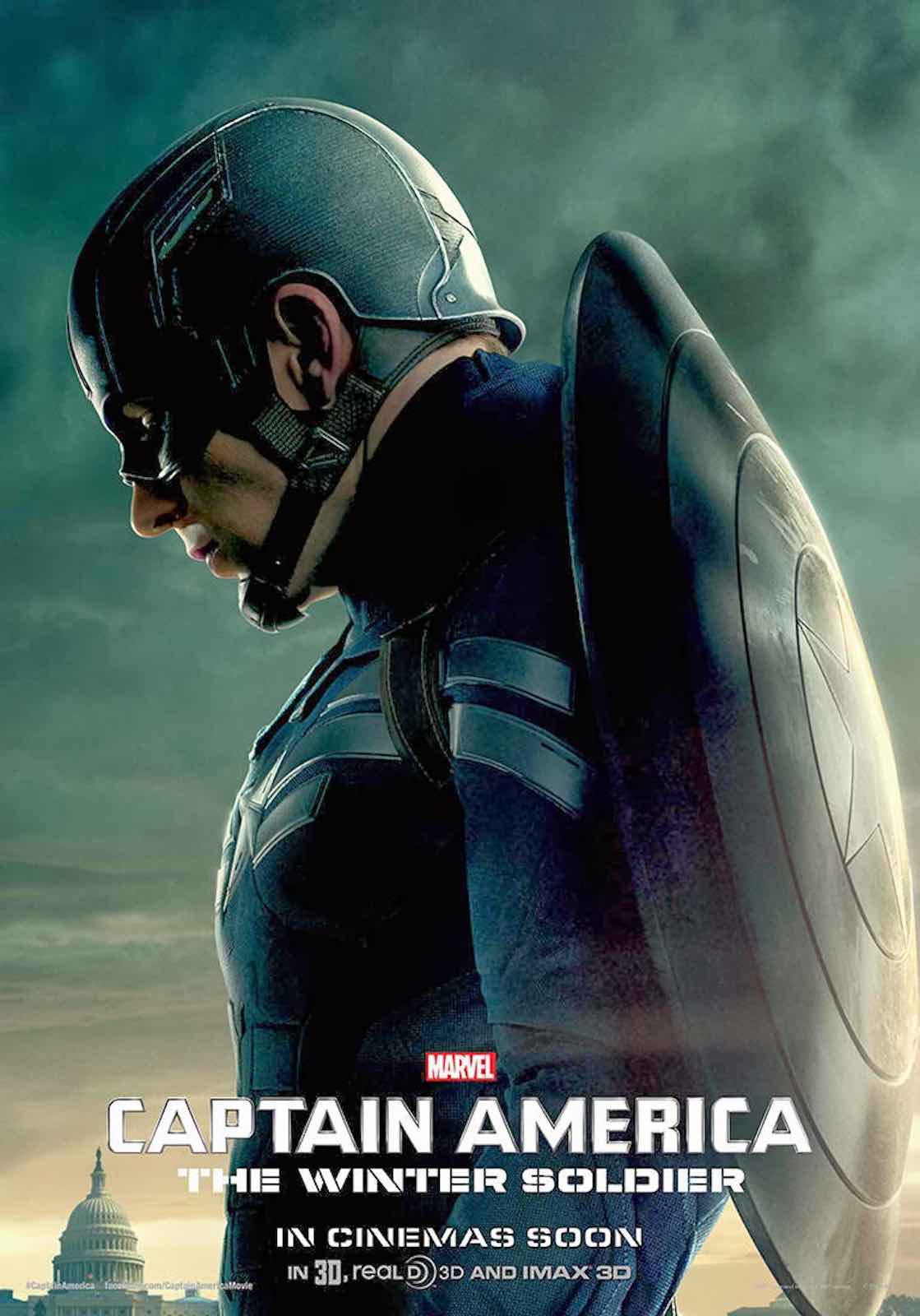 Delivering one of the biggest surprise twists in the MCU, Captain America: The Winter Soldier is definitely important when viewing Marvel movies chronologically as it sets up huge surprises for the films following it. It also marks Sam Wilson’s (Anthony Mackie) first appearance. You can stream on Disney+. 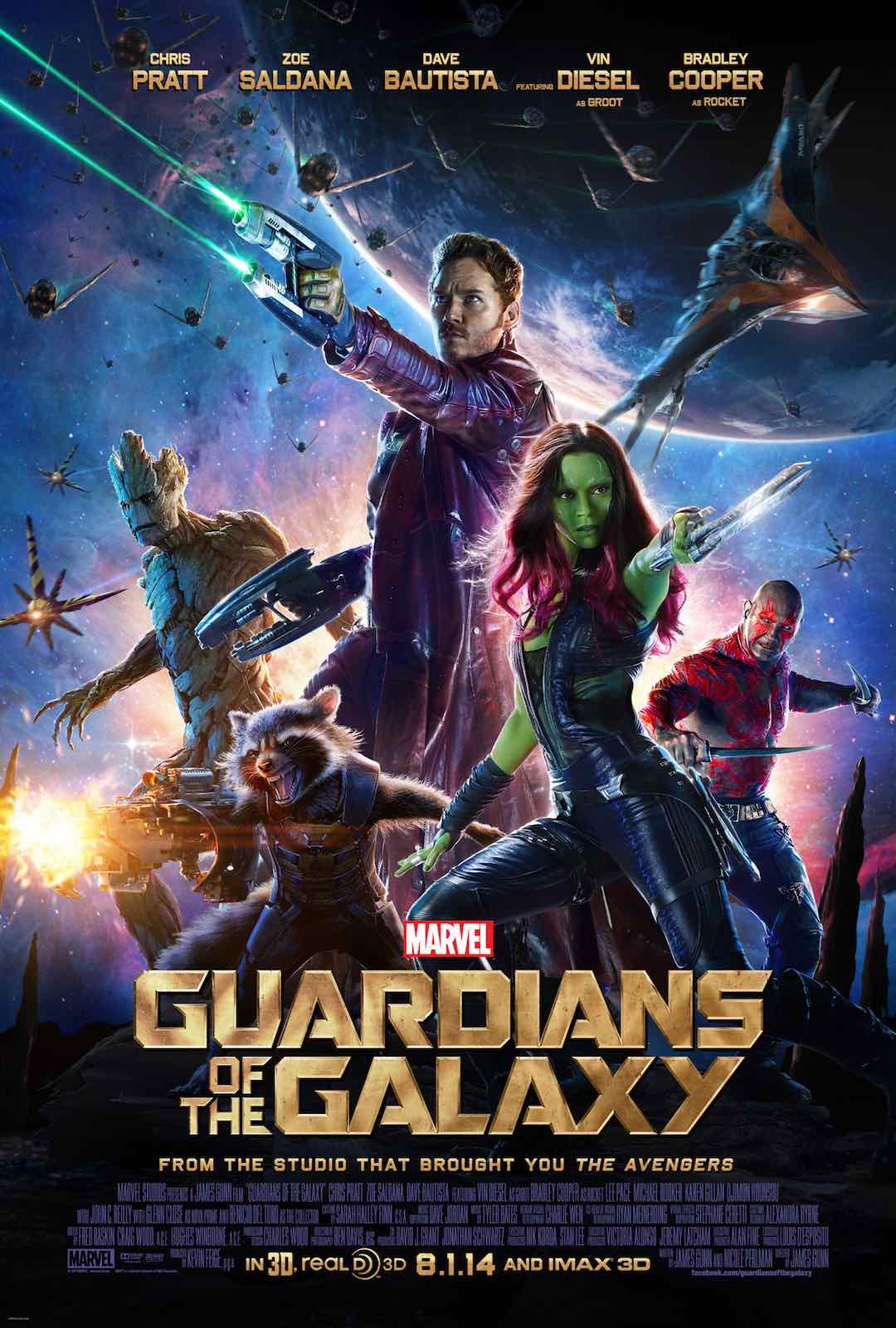 This first introduction into Cosmic Marvel provides a fun sort of interlude under the direction of James Gunn. With a lot of charm, a killer soundtrack, and the introduction of Thanos (Josh Brolin)? It’s a must see. You can stream on Disney+. 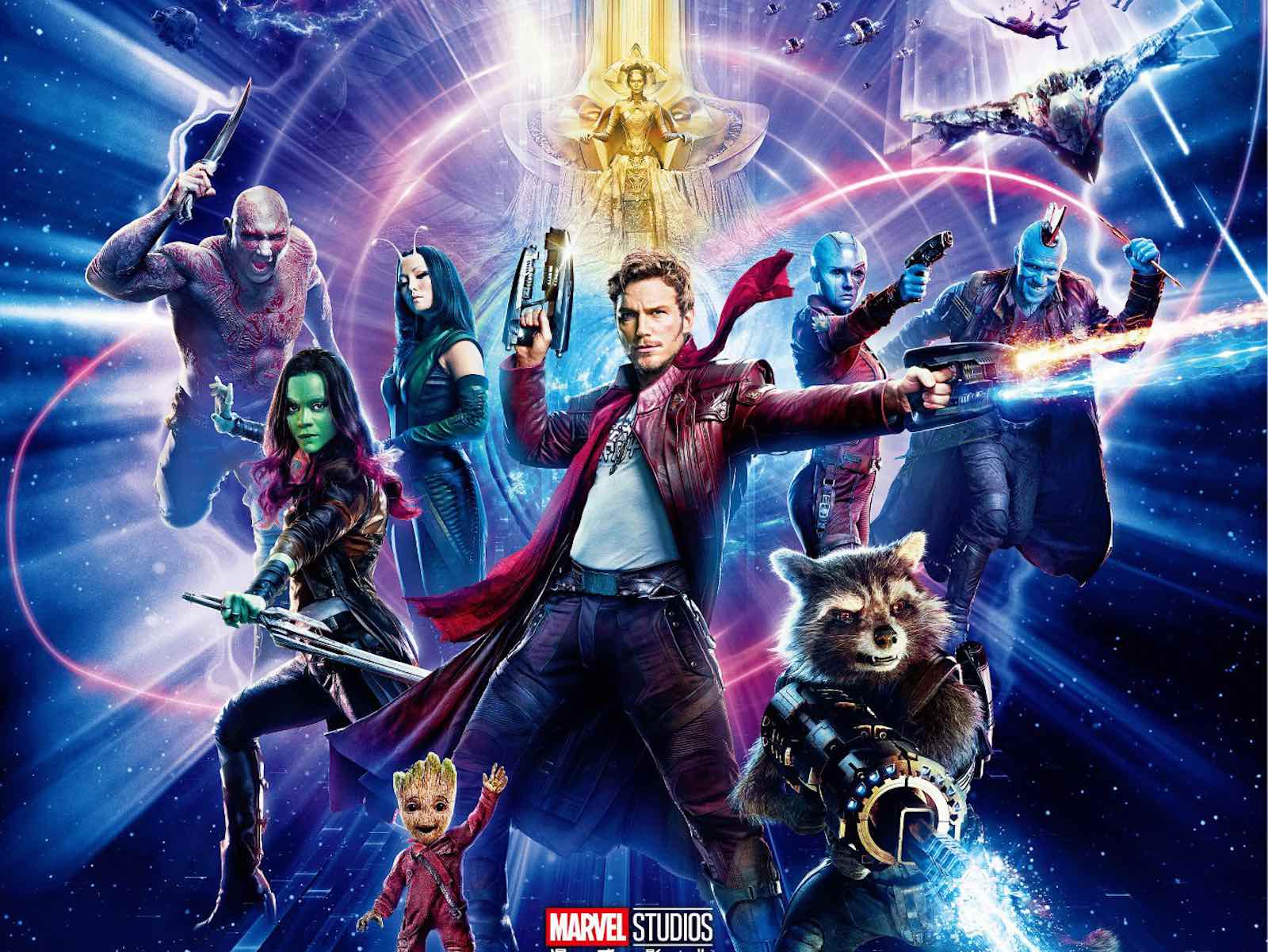 Surprise! This takes place only a couple months after the events of the first film. Guardians Vol 2 continues the tradition of irreverence, fun, and an excellent soundtrack. It’s also the last you’ll see of them before Avengers: Infinity War. You can stream on Disney+. 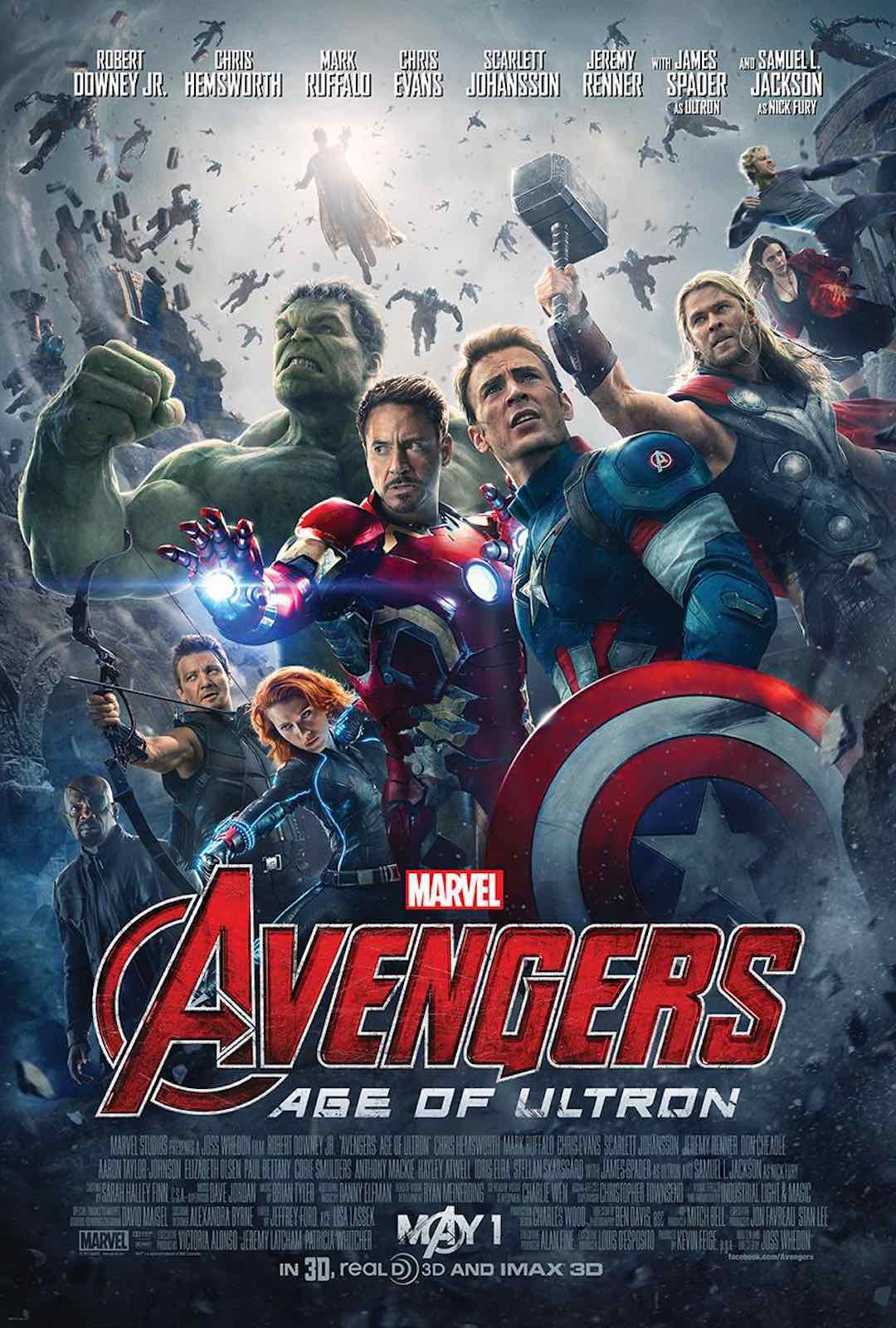 Avengers: Age of Ultron brings us the important characters of Wanda Maximoff (Elizabeth Olsen) & Vision (Paul Bettany) to the MCU. So if you like WandaVision, then here are their origin stories. You can stream on Disney+. 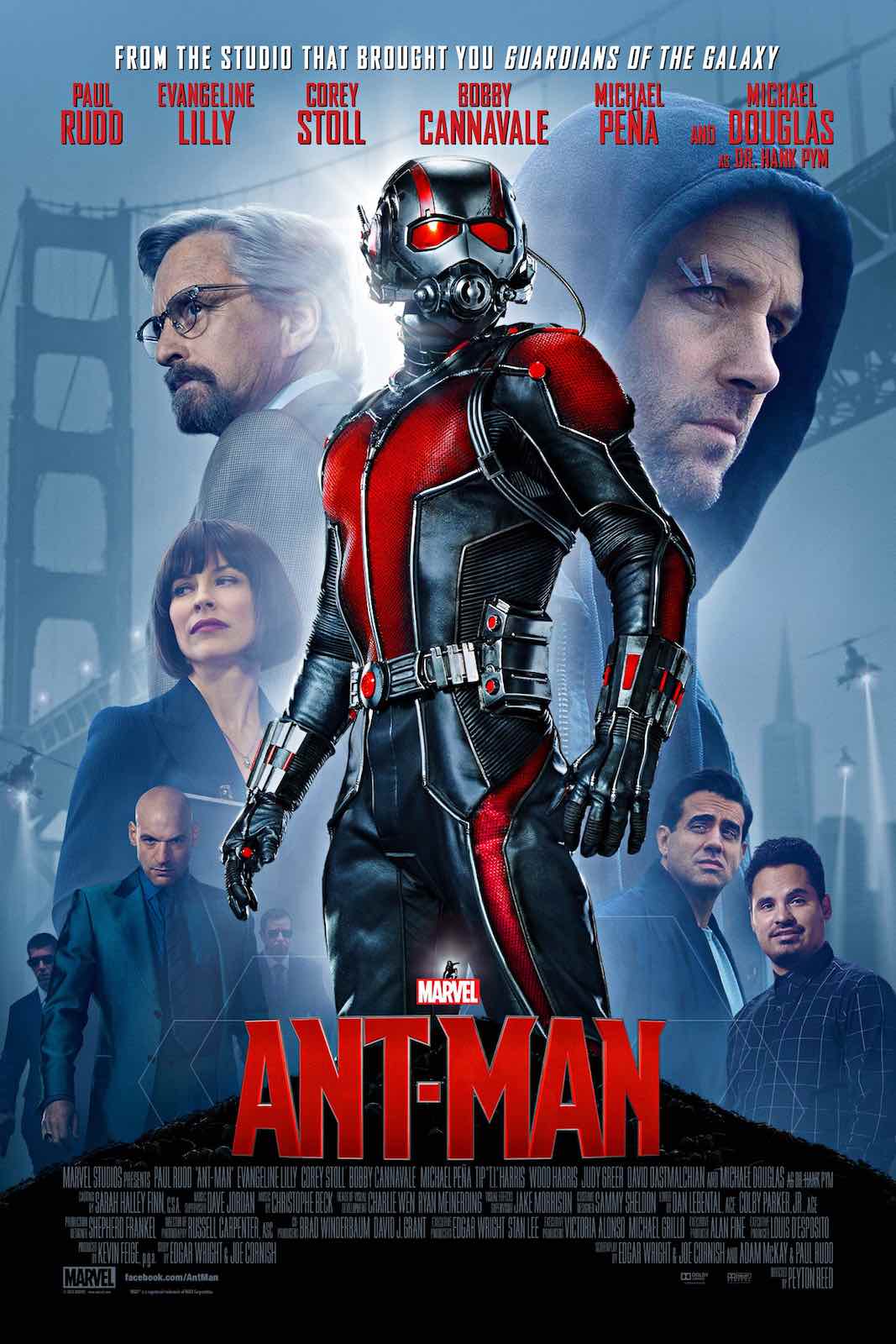 Actual immortal Paul Rudd makes his superheroic debut as Scott Lang in this film. With some Drunk History style retellings and some interesting father-daughter dynamics, Ant-Man makes for a trippily fun heist movie. You can stream this on Disney+. 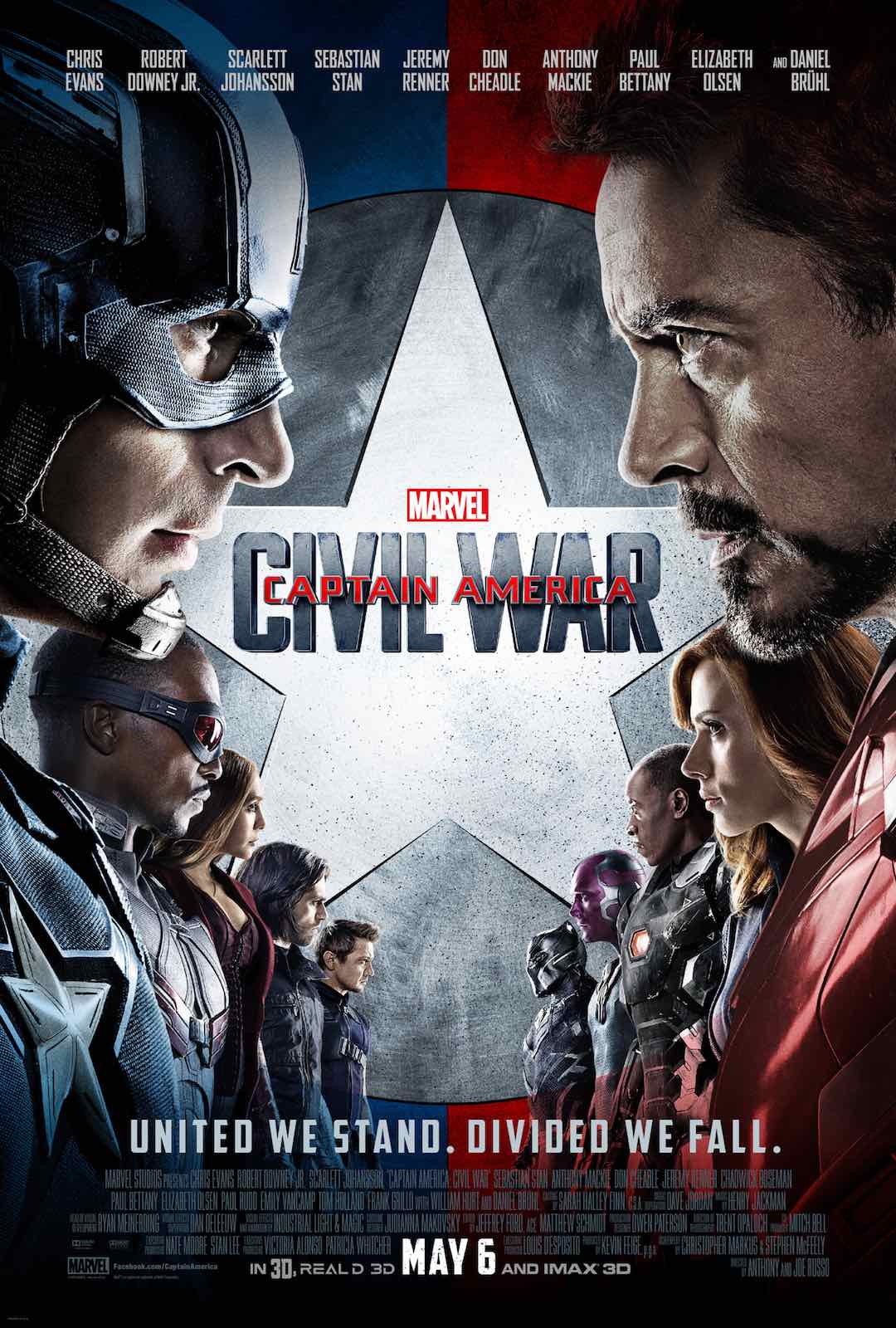 Captain America: Civil War is still having the after effects felt in the MCU to this day with the Sokovia Accords still in play. Another important part when going through Marvel movies in chronological order. Wheter you are Team Cap or Team Iron Man, we can all agree that the introductions of Peter Parker (Tom Holland) & T’Challa (Chadwick Boseman) were fantastic. You can stream on Disney+. 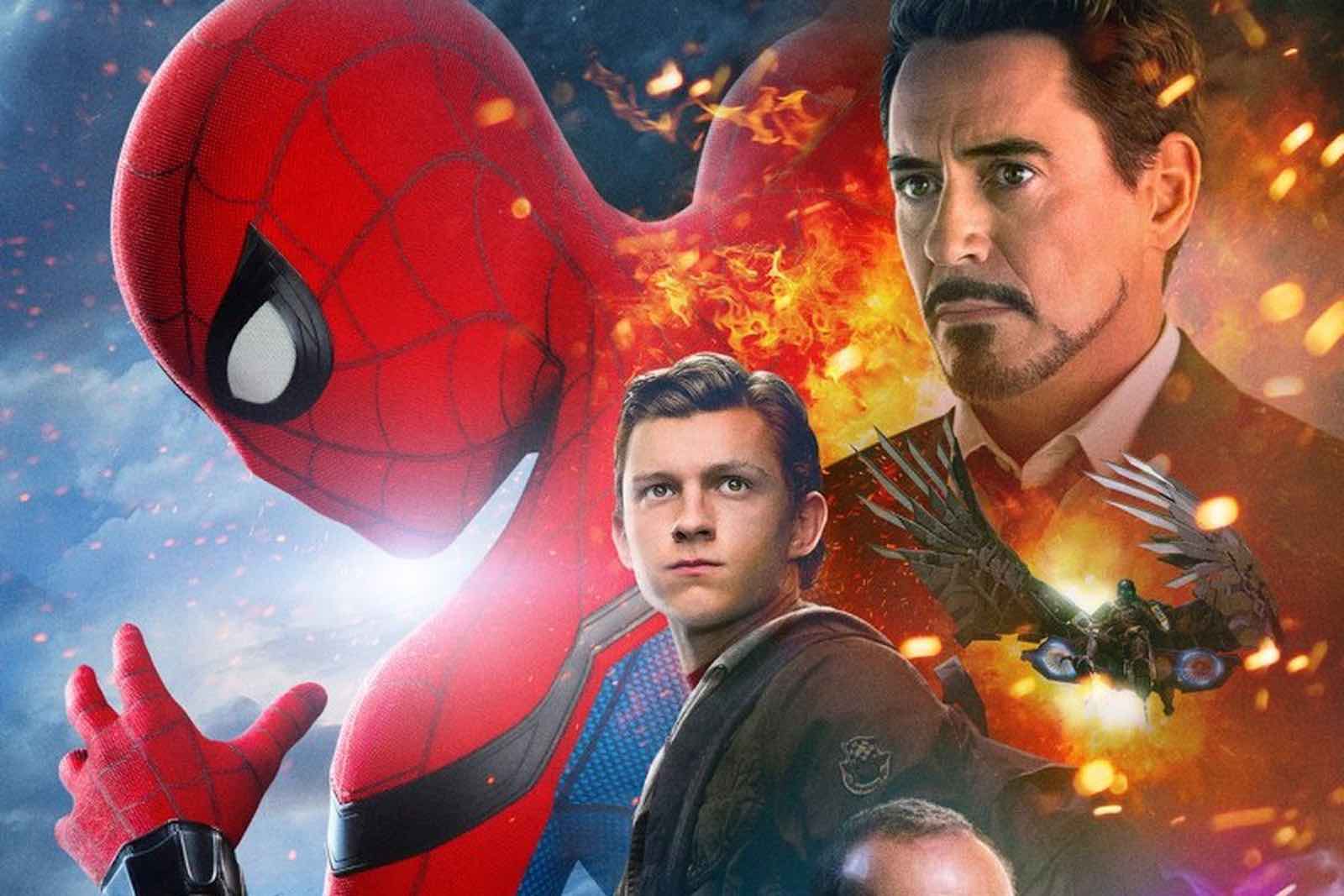 Peter Parker struggles between finding his way as a big-time superhero and a full time high schooler in this movie. The cast is great. The story is great. It feels like a movie about high school but with a superhero in it. And that’s pretty much the correct vibe for Spider-Man. You have to rent or buy the film currently. 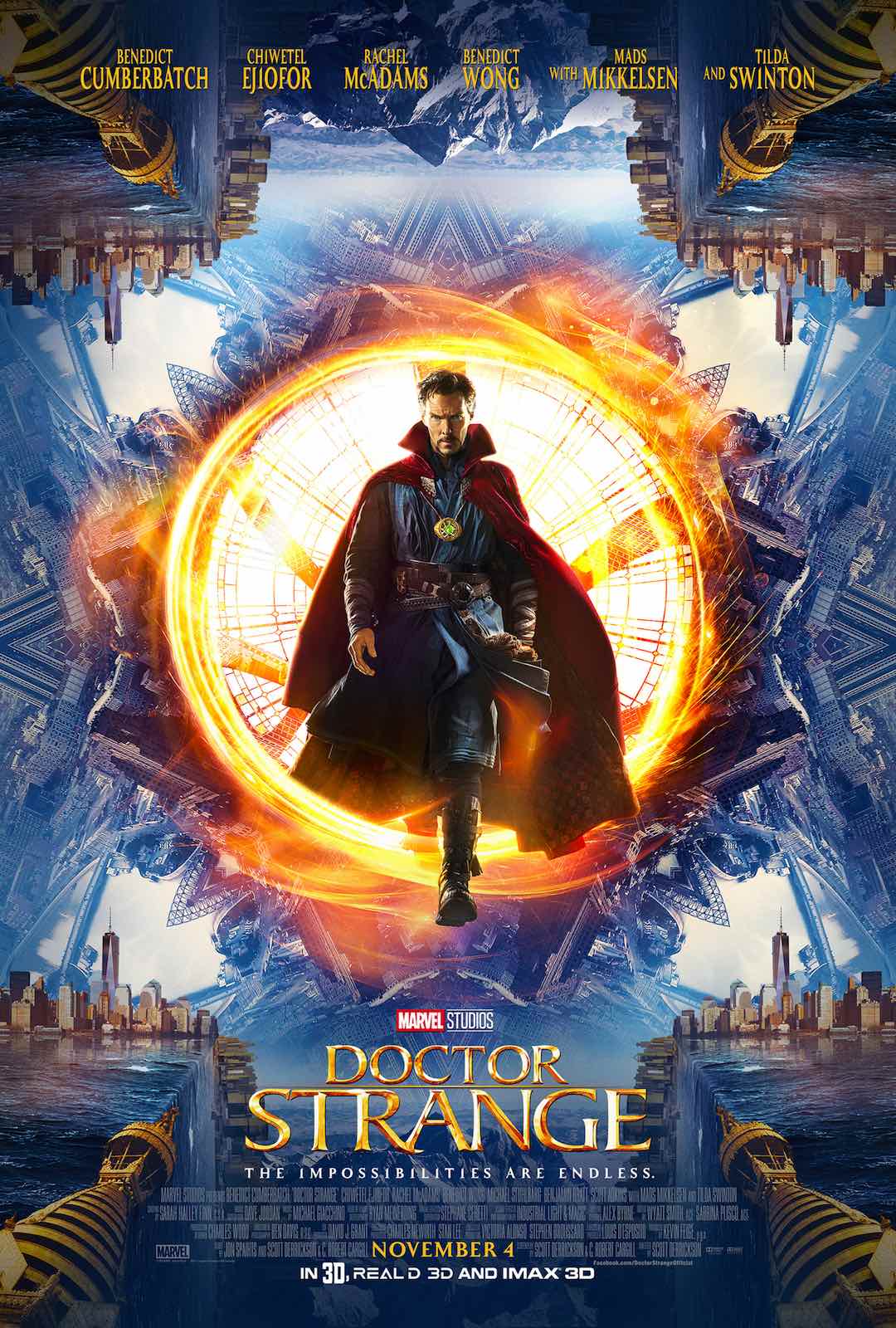 Ignoring Benedict Cumberbatch’s so-so American accent, Doctor Strange is not afraid to be trippy AF in its visuals. This is a solid origin story movie, but we’re really excited for the sequel, which promises to be even trippier with Sam Raimi at the helm. You can stream on Disney+. 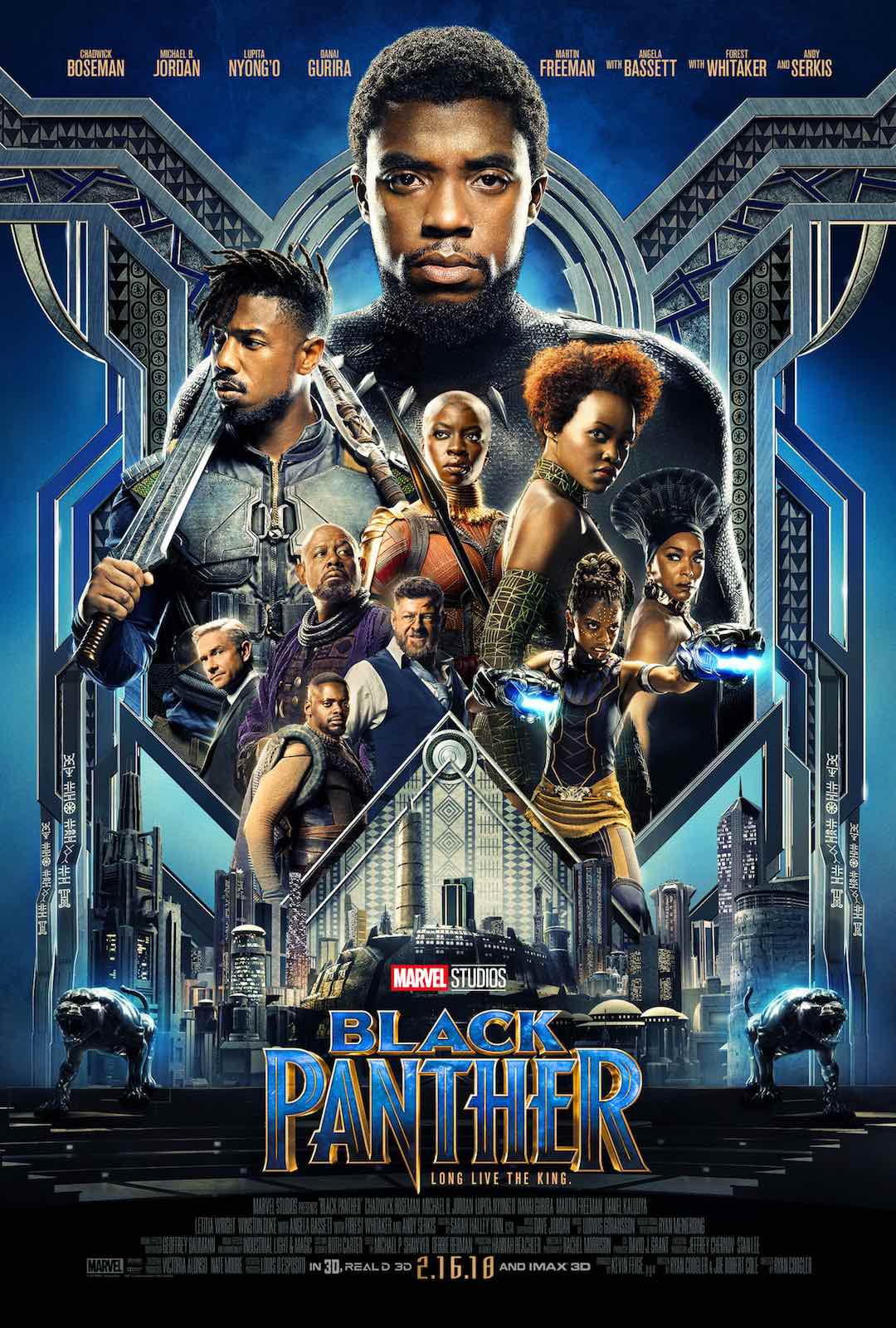 Black Panther is a testament to the late Chadwick Boseman in one of the best superhero movies of all time. It’s a genuinely perfect movie, which only compounds the tragedy of Boseman’s death even more. He had so much more talent to share, but Wakanda will live on in other projects to be explored. You can stream on Disney+. 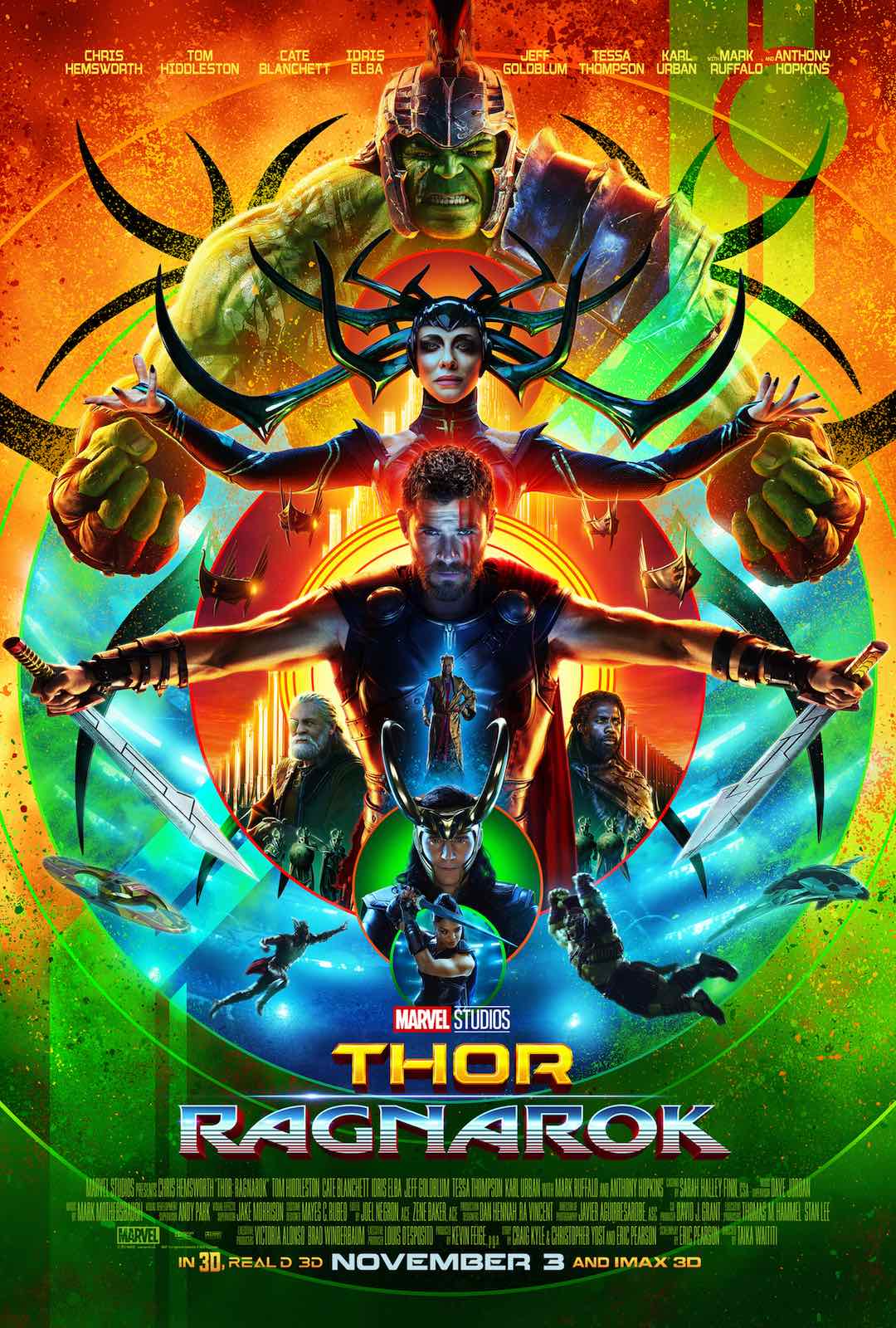 Taika Waititi takes the helms to deliver the best Thor movie of the bunch. With a redeemed Loki, the perfect Tessa Thompson as Valkyrie, and Jeff Goldblum, Thor: Ragnarok is weird, fun, and that’s all we ever wanted out of our Thor movies. You can stream on Disney+. 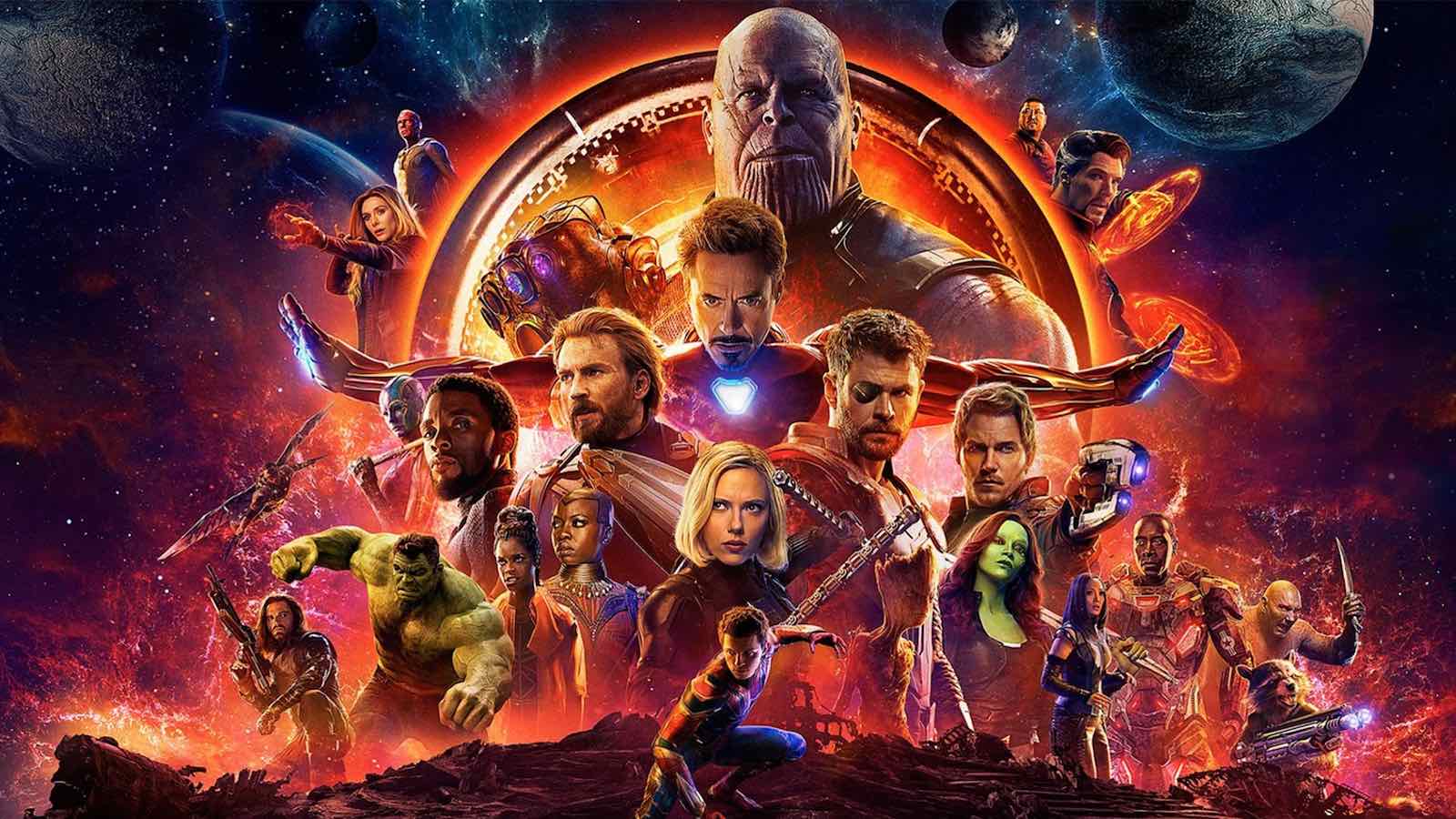 Definitely one of the most ambitious crossovers in cinematic history, Avengers: Infinity War is really the Thanos show. Josh Brolin carries it off terrifyingly well as we see the superheroes lose in a big, big, big way. You can stream on Disney+. 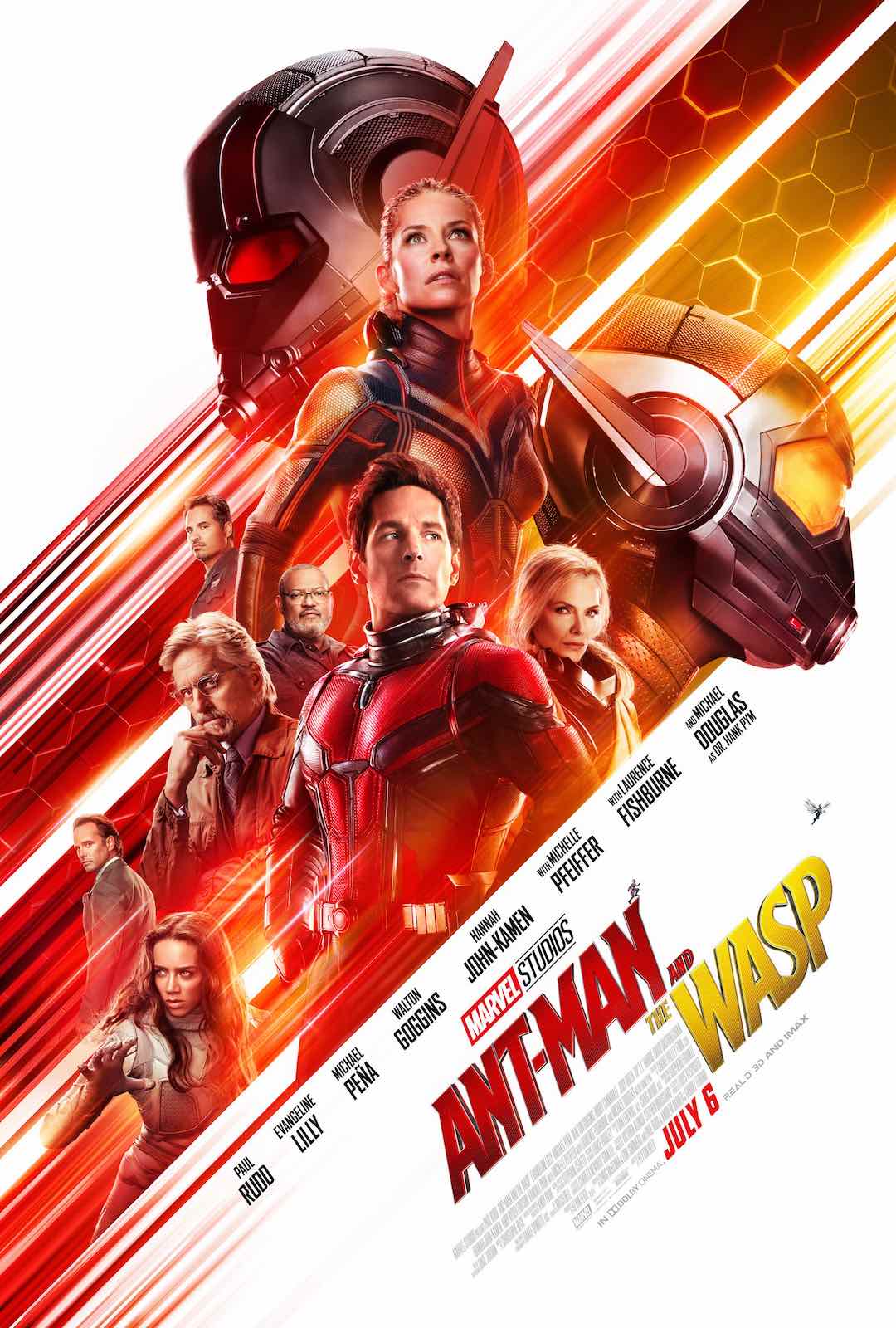 A needed palate cleanser between Avengers: Infinity War & Avengers: Endgame, Ant-Man and the Wasp is a great little breather showing Scott Lang on his final days before parole for his actions in Captain America: Civil War. Evangeline Lilly also gets the chance to make her debut as the new Wasp. So, yes please. And also our boy, Jimmy Woo (Randall Park). You can stream on Disney+. 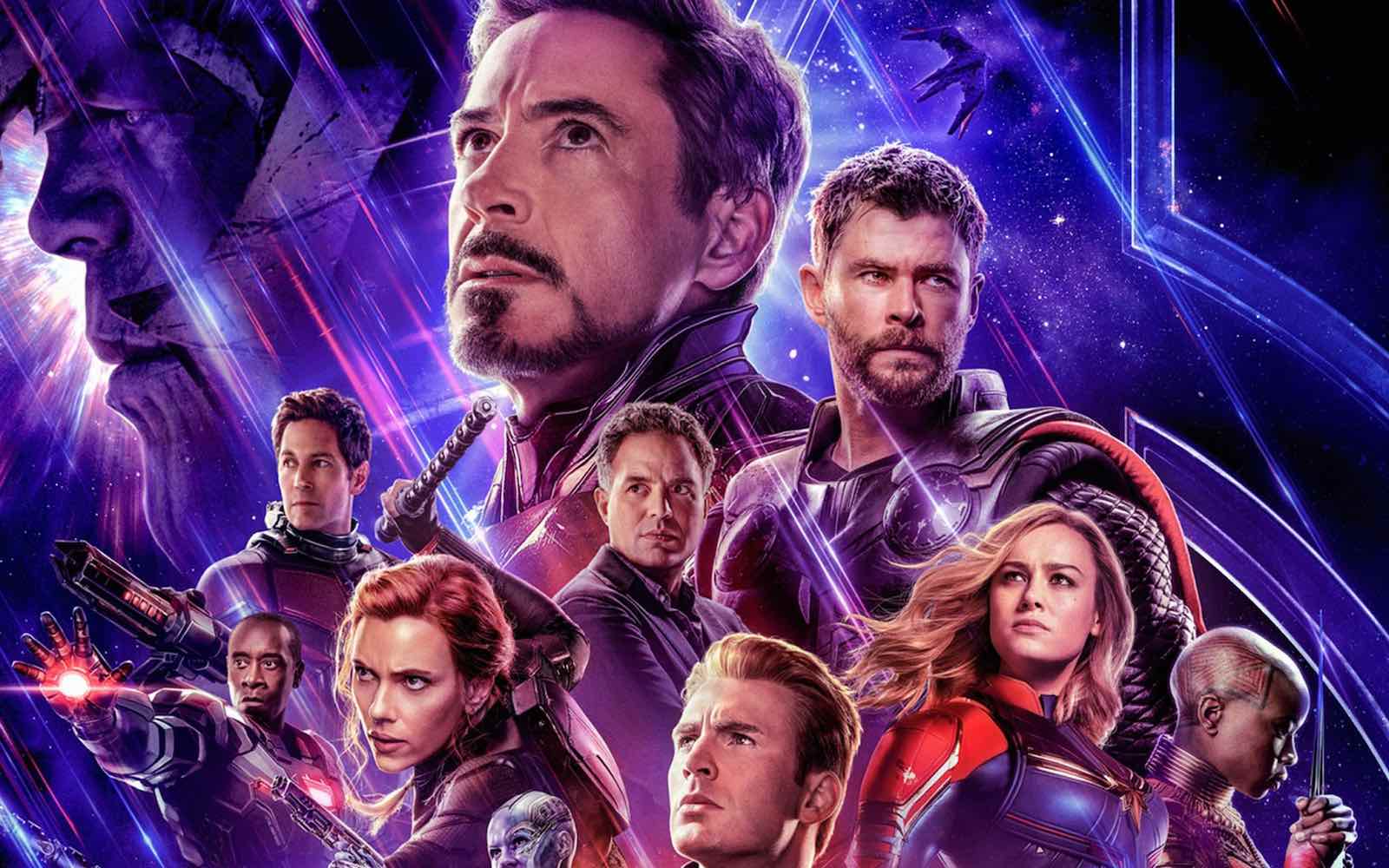 Phase 4 probably won’t make sense without streaming this movie. It’s a definite on the “must watch” list for the close of Tony Stark and Steve Rogers MCU stories. You can stream on Disney+. 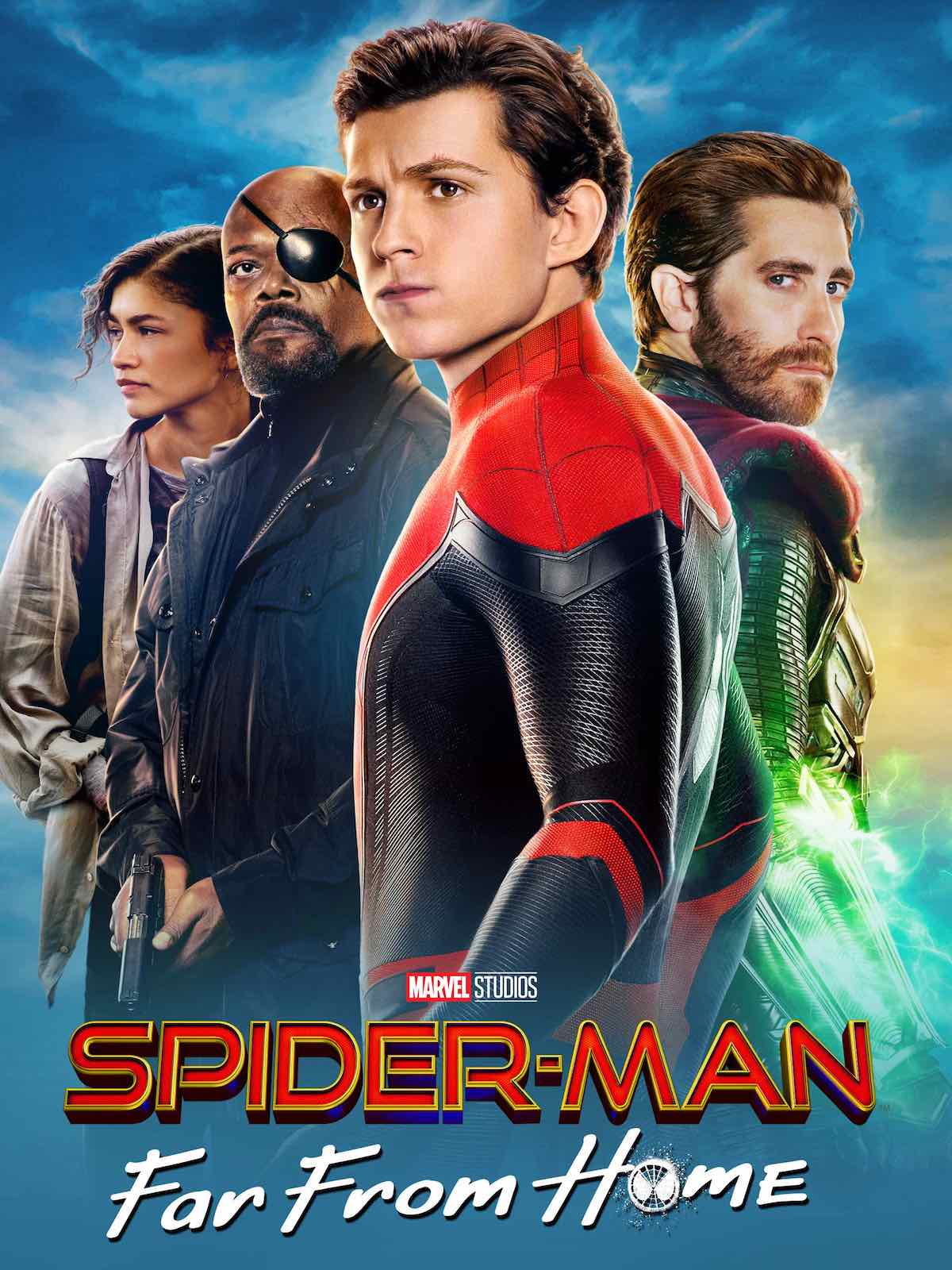 Spider-Man: Far From Home touches on the aftermath of the “blip” for those who came back five years later after being snapped from existence. Really, it’s about Peter grieving for his mentor and trying to figure out how to be a hero again. It also drops one of the biggest personal bombshells in the MCU. You can stream on Disney+.