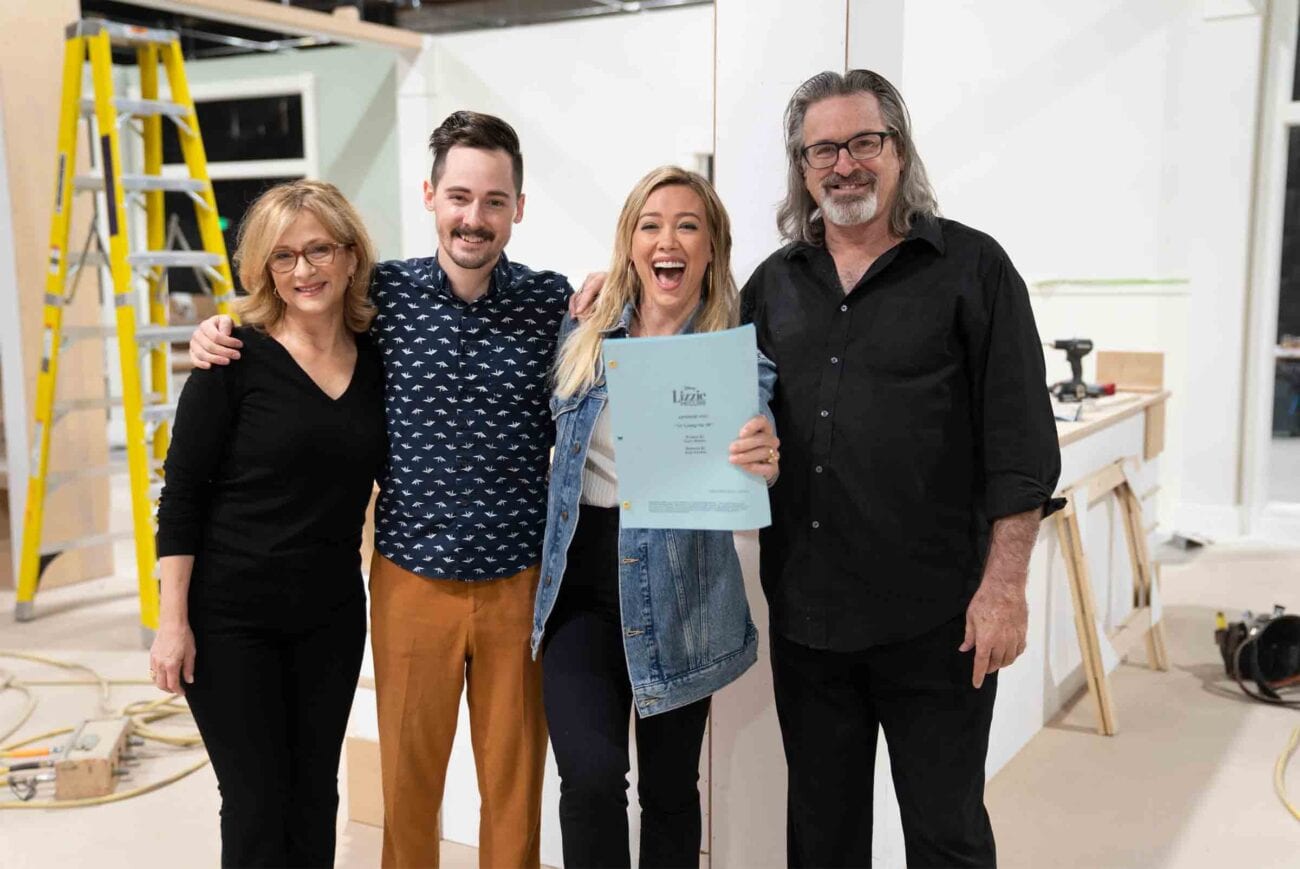 ‘Lizzie McGuire’ reboot axed: Did Disney can it over Hilary Duff?

The much-anticipated Lizzie McGuire reboot that Disney announced back in August 2019 has officially been kicked to the curb. The Disney series that ruled the early 2000s won’t be happening after all (cue our imaginary cartoon selves hanging our heads in disappointment).

Starring Hilary Duff, the Lizzie McGuire series premiered on Disney Channel in 2001 and ended in 2004. According to Variety, although the show only lasted a short while, Lizzie McGuire became a household name throughout the 2000s, with millennials the world over fondly remembering the series.

With so many people nostalgic for the show, and with all the reboots Disney’s putting their money behind, it seemed to make sense when they announced a reboot/sequel to the beloved series. But why did they can it? We have the full Lizzie McGuire reboot journey below. 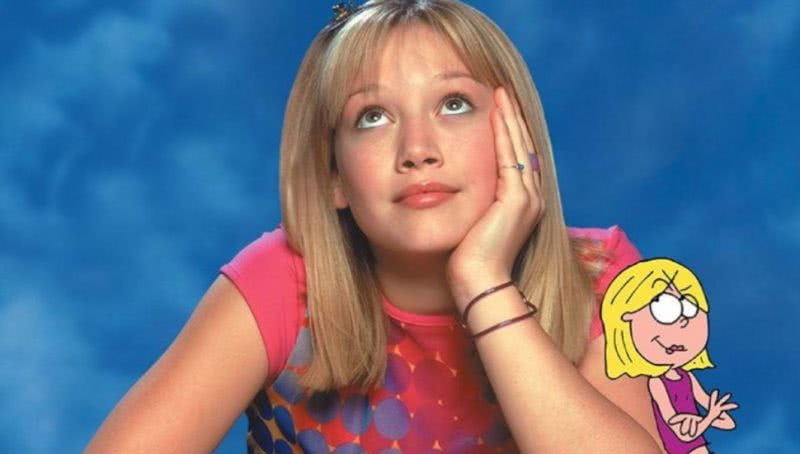 What was Lizzie McGuire?

In case you forgot the early 2000s hit series, here’s a recap: Lizzie McGuire follows the teenage life of Lizzie (Hilary Duff) who navigates through middle school drama and family life with an animated alter-ego only she could see. The series was also made into a 2003 film called The Lizzie McGuire Movie where Lizzie travels alongside her best friend Gordo (Adam Lamberg) to Rome, Italy.

ET Canada reported the Lizzie McGuire spinoff would have focused on Lizzie (Hilary Duff) as a thirty-year-old woman trying to thrive as a fashion designer in New York City. The series would have shown Lizzie landing her dream job in the Big Apple and finally meeting the man of her dreams but with her alter-ego nearby. 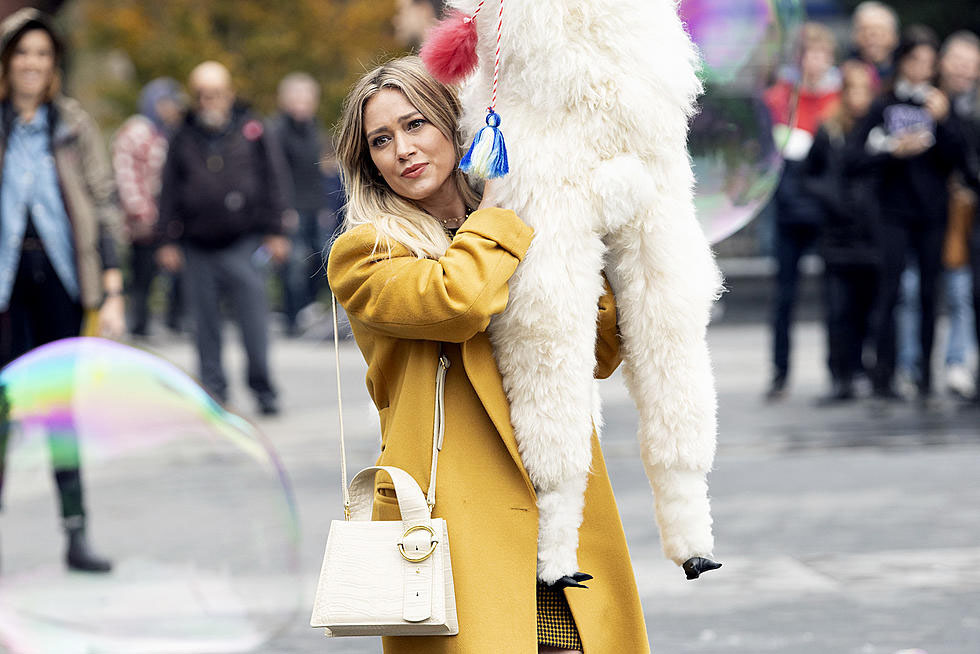 Variety stated that Terri Minksy wanted the production team to take a different approach, provide a new lens to the Lizzie McGuire reboot, and present the character in a different way. Minsky was the showrunner & executive producer of the original Lizzie McGuire series alongside Rachel Winter. 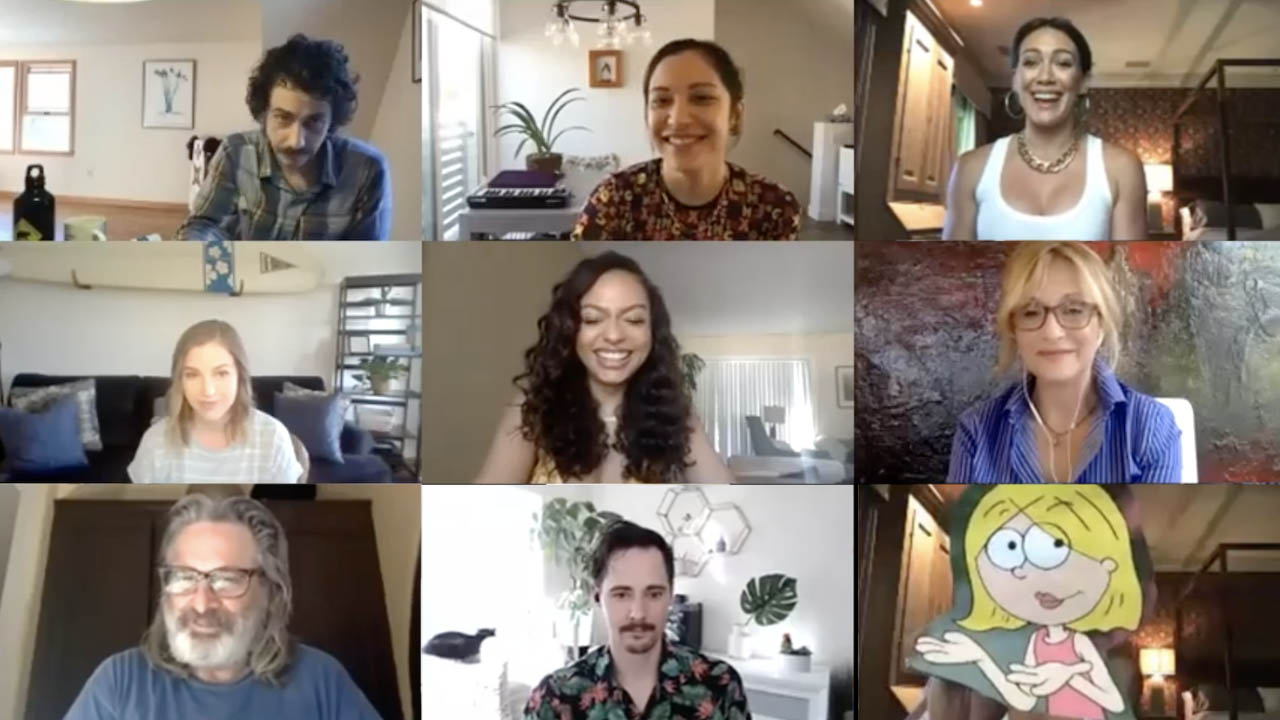 According to ET Canada the show didn’t let COVID-19 stop them for too long. The cast of the Lizzie McGuire’s spinoff had a virtual table read in May 2020. The series brought back fan favorites like Lizzie’s little brother Matt McGuire (Jack Thomas), her best friends Gordo (Adam Lamberg) and Miranda (Lalaine), parents Sam (Robert Carradine) & Jo (Haille Todd), and her nemesis Kate Sanders (Ashlie Brillault).

But . . . where was Lizzie’s crush, Ethan Craft (Clayton Snyder)? 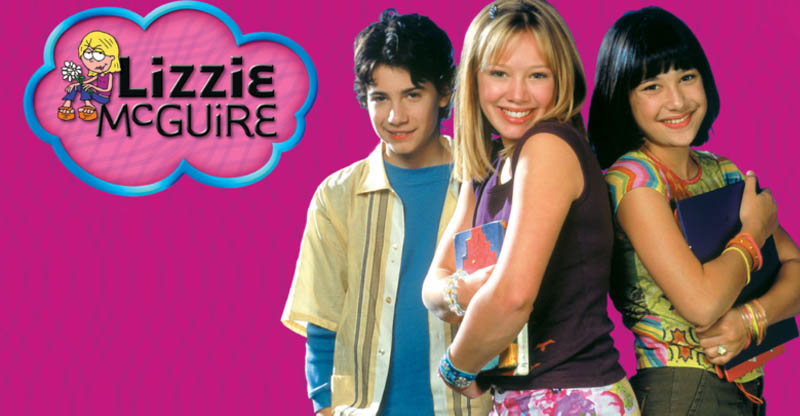 The virtual table read for the Lizze McGuire episode “Between a Rock and a Bra Place” included writers Nina Bargaiel, Jeremy Bargeil, and Bob Thomas. The virtual table read started with Hilary Duff telling the cast, “I thought, there’s no better way to cure boredom and to provide a little bit of entertainment for everyone stuck at home”.

Hilary Duff thanked her onscreen brother Jake Thomas as he had the idea to have the virtual table read. The Lizzie McGuire reboot virtual read was for the fans and to support charities like Frontline Responders, No Kid Hungry, Baby2Baby, Support & Feed and local food banks in New York and Los Angeles. 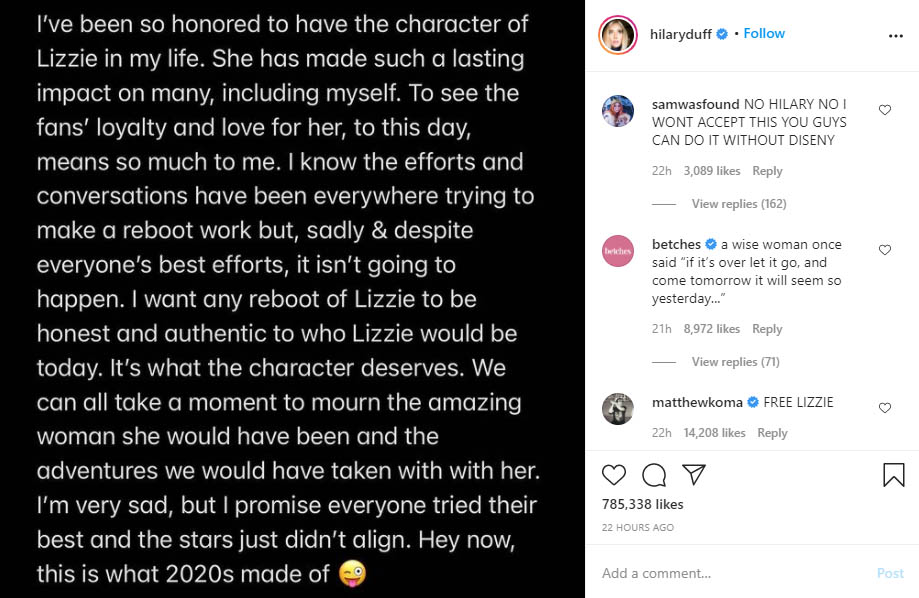 According to Deadline, Hilary Duff finally called The Lizzie McGuire reboot quits after the studio wouldn’t move the project to Hulu along with other creative struggles. A Disney spokesperson stated they hoped to snag the Lizzie McGuire reboot – they wanted to meet fan’s high expectations but have “decided to hold off” for now.

Hilary Duff told her Instagram followers: “I’ve been so honored to have a character like Lizzie in my life. She has made such a lasting impact on many, including myself. To see the fans’ loyalty and love for her, to this day, means so much to me. I know the efforts and conversations have been everywhere trying to make a reboot work, but sadly despite everyone’s best efforts, it isn’t going to happen.”

On Instagram Hilary Duff continued, “I want any reboot of Lizzie to be honest and authentic to who Lizzie would be today. It’s what the character deserves. We can all take a moment to mourn the amazing woman she would have been and the adventures we would have taken with her. I’m very sad, but I promise everyone tried their best and the stars just didn’t align. Hey now, this is what 2020’s made of.”

The Lizzie McGuire reboot may have been canned, but fans can still binge the original series on Disney Plus. Let us know how you feel about the cancellation of the Disney reboot in the comments below. 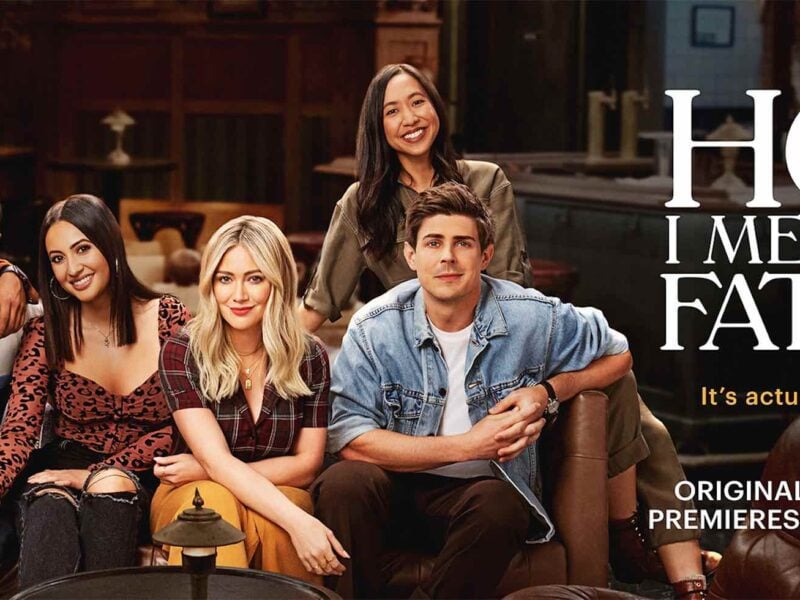