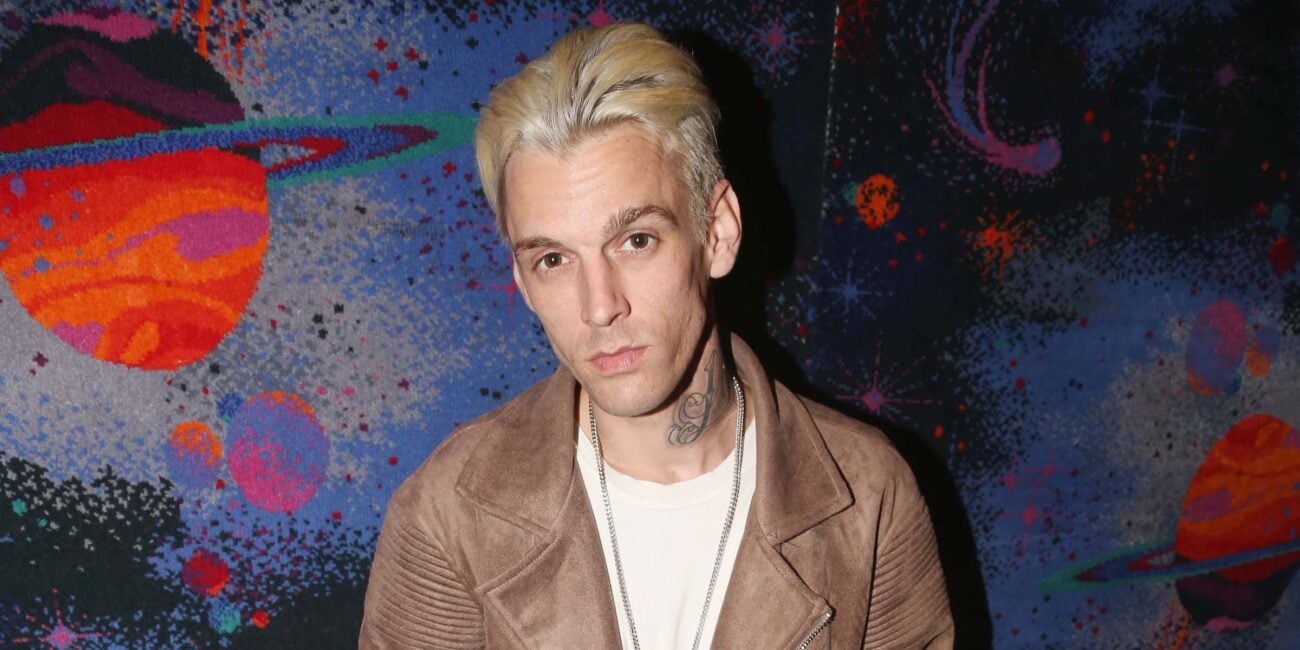 On November 5th, Aaron Carter sadly lost his life in his home in California. The 34-year-old is known for his career which took off in the early 2000s. He also shot to stardom thanks to his older brother Nick Carter, a member of the boyband Backstreet Boys.

There have been many controversies surrounding Aaron’s personal life including his death. What was Aaron Carter’s net worth before his death? Is his death being treated as suspicious? Here’s everything you need to know. 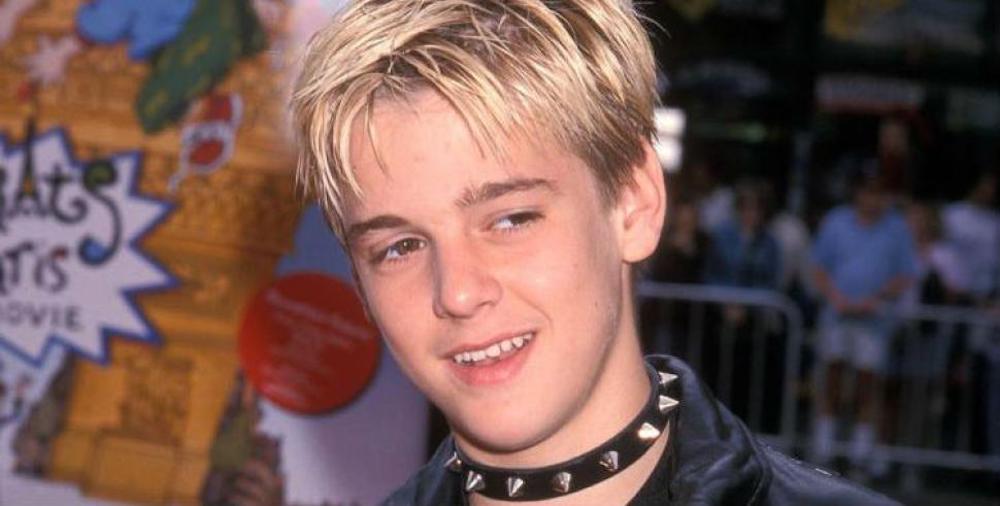 Aaron Carter was born Aaron Charles Carter on December 7, 1987, in Florida. Unlike other celebrities, Aaron’s parents weren’t famous, rather, they ran a retirement home. Aaron Carter was a singer, songwriter, and actor who found success as a child star in the late 1990s.

Aaron started performing at age seven and soon became a star in the children’s entertainment world. He released his first album at age nine and toured with the likes of the Backstreet Boys & Britney Spears. Carter released his first single, “Crush on You,” from his debut album Aaron Carter in 1997. 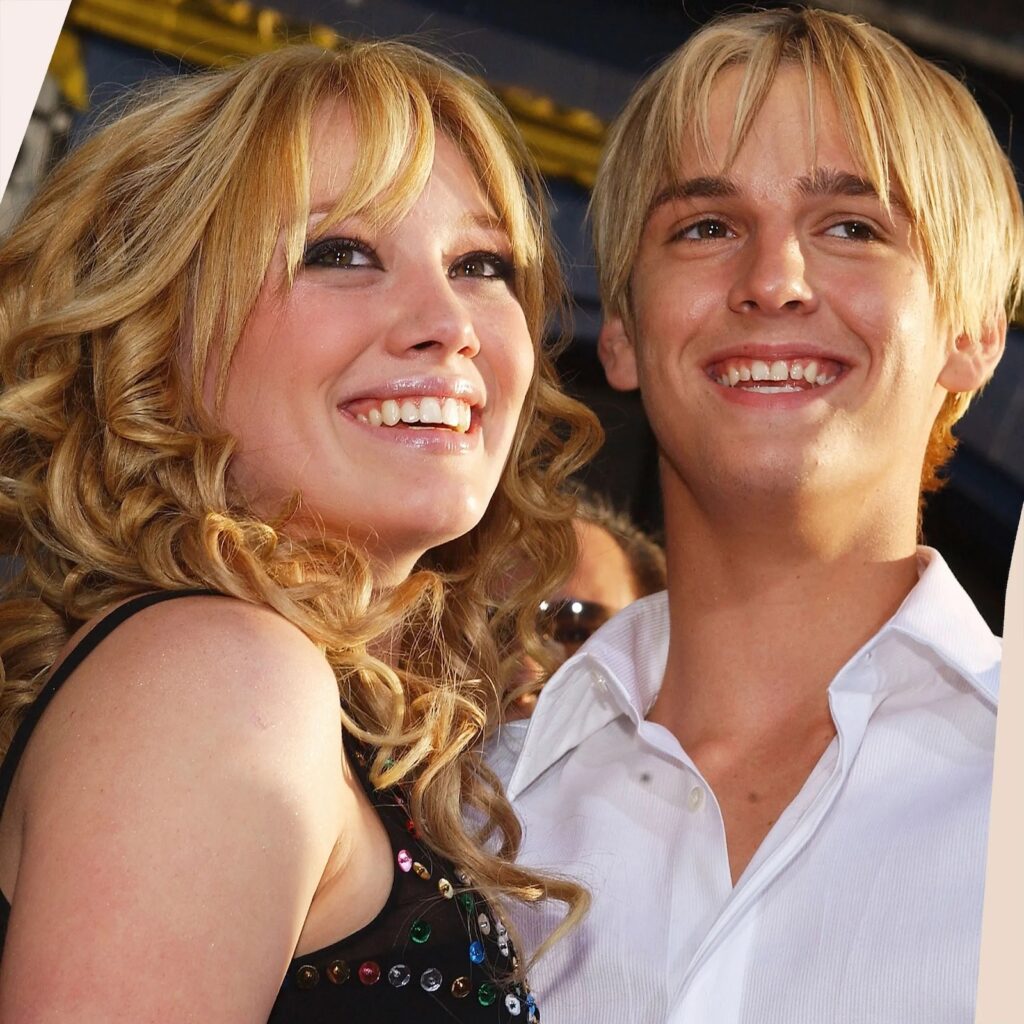 “I wanted to be a singer since I was very, very little,” Carter once said in an interview in 1998, when he was around 10 years old. “The first thing I did is I asked my mom, and she said ‘I’ll take you to lessons.’ So she started taking me to lessons.”

Carter guest starred on a Lizzie McGuire episode on Disney Channel on March 23, 2001, performing “I Want Candy.” In the episode, Hilary Duff’s Lizzie gushes, “Aaron Carter coming here is the most exciting thing that’s ever happened to us! He’s cute, he’s cool, he’s talented.” Aaron’s career led him to Broadway and to release even more albums. 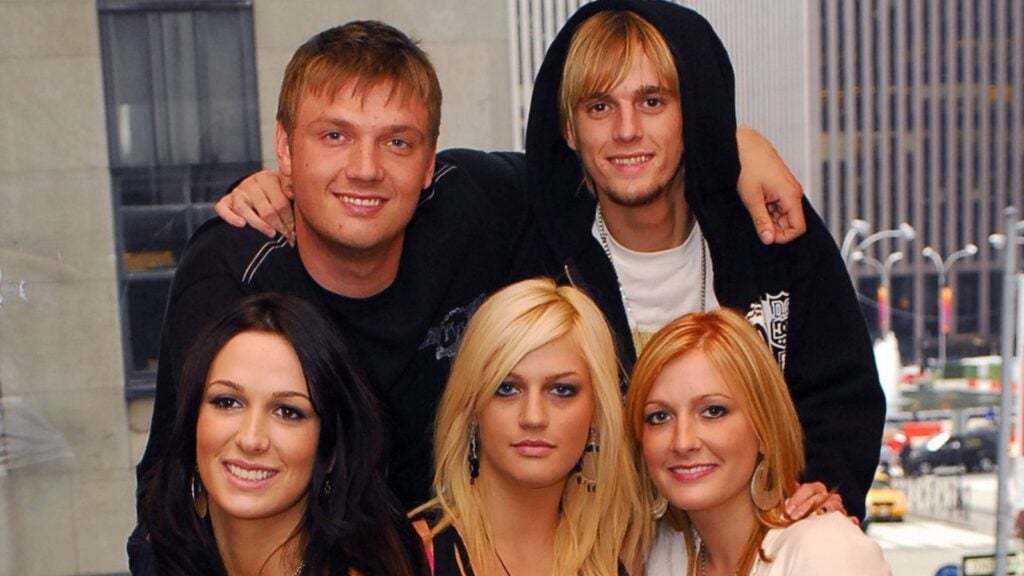 Aaron Carter hasn’t had the easiest relationship with his family. In fact, in 2019, Nick Carter filed a restraining order against Aaron. This was based on allegations that Aaron had threatened to kill Nick’s pregnant wife. He added: “We were left with no choice, but to take every measure possible to protect ourselves and our family.”

Aaron reacted to the restraining order on Twitter, writing: “So my brother just got a restraining order against me. Take care. @NickCarter we’re done for life. I haven’t seen him in four years. And I don’t intend to.” 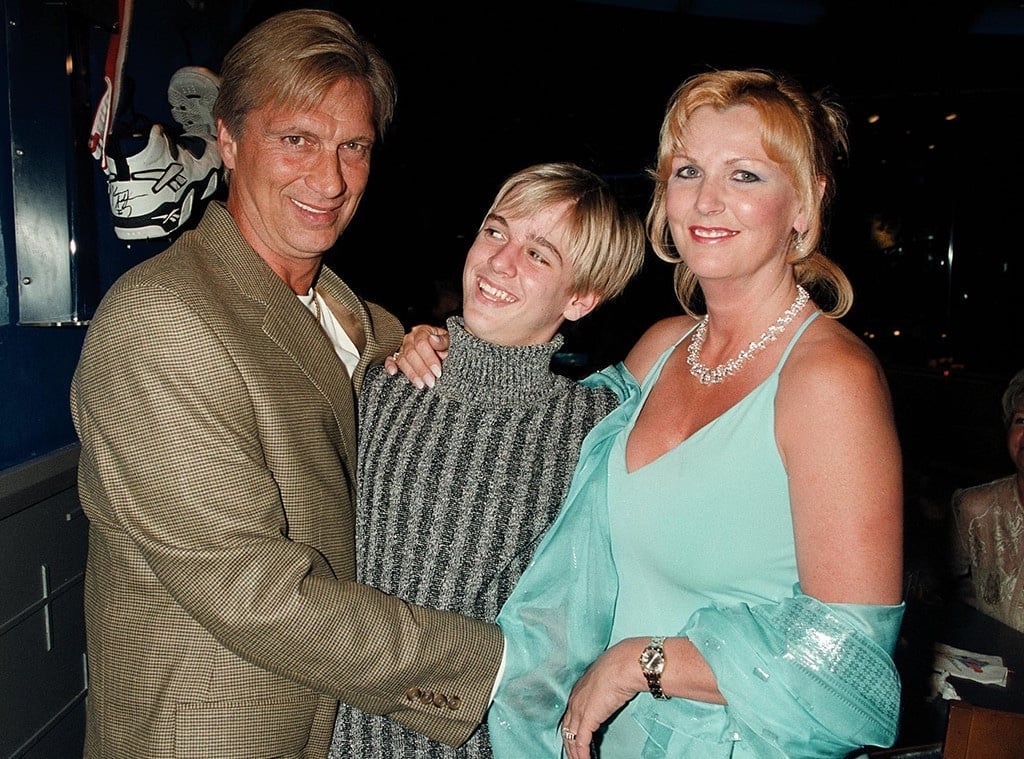 In the same year, Aaron made allegations of sexual abuse against his sister Leslie, who had died of a drug overdose in 2012. He alleged the abuse began when he was ten and claimed it would occur when Leslie failed to take her prescribed medication for her bipolar disorder.

Leslie was a 25-year-old mum-of-one when she was found unresponsive in New York on January 31, 2012. It was revealed that Leslie suffered an overdose and she was found taking prescription medications Olanzapine, Cyclobenzaprine, and Alprazolam. Nick Carter didn’t attend Leslie’s funeral due to the family’s feuding. 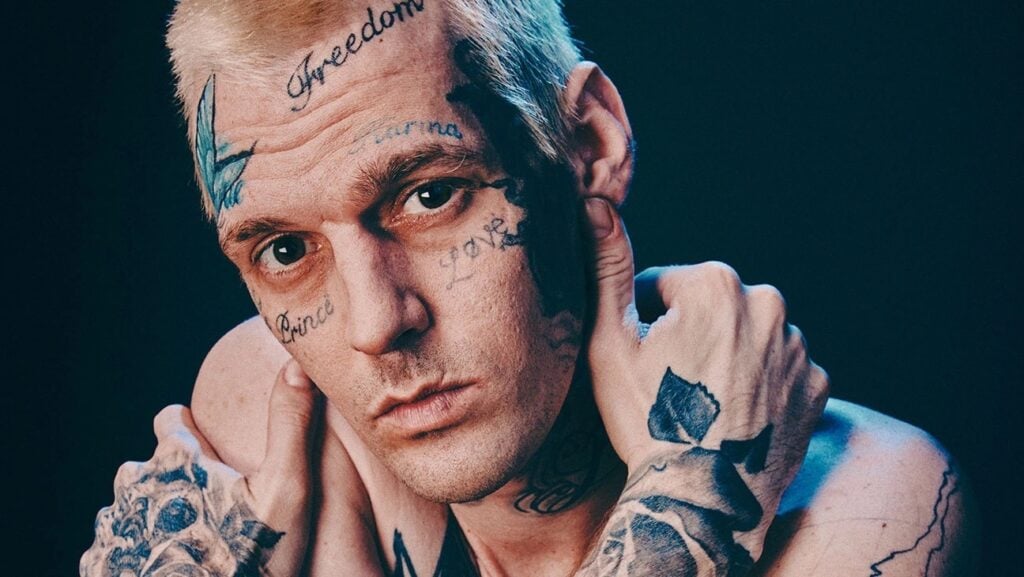 Aaron Carter was found in a bathtub at his home in California on November 5th. Law enforcement sources tell TMZ they received a 911 call at 11 AM on Saturday that a male had drowned in the tub. According to Us Weekly, “the death certificate did not list Aaron’s cause of death but instead said “deferred.” More tests are being run to determine how he died.

He is survived by his 11-month-old son, Prince, whom he shared with ex-fiancée Melanie Martin. Tributes began pouring in for the late singer including from his distant brother Nick. 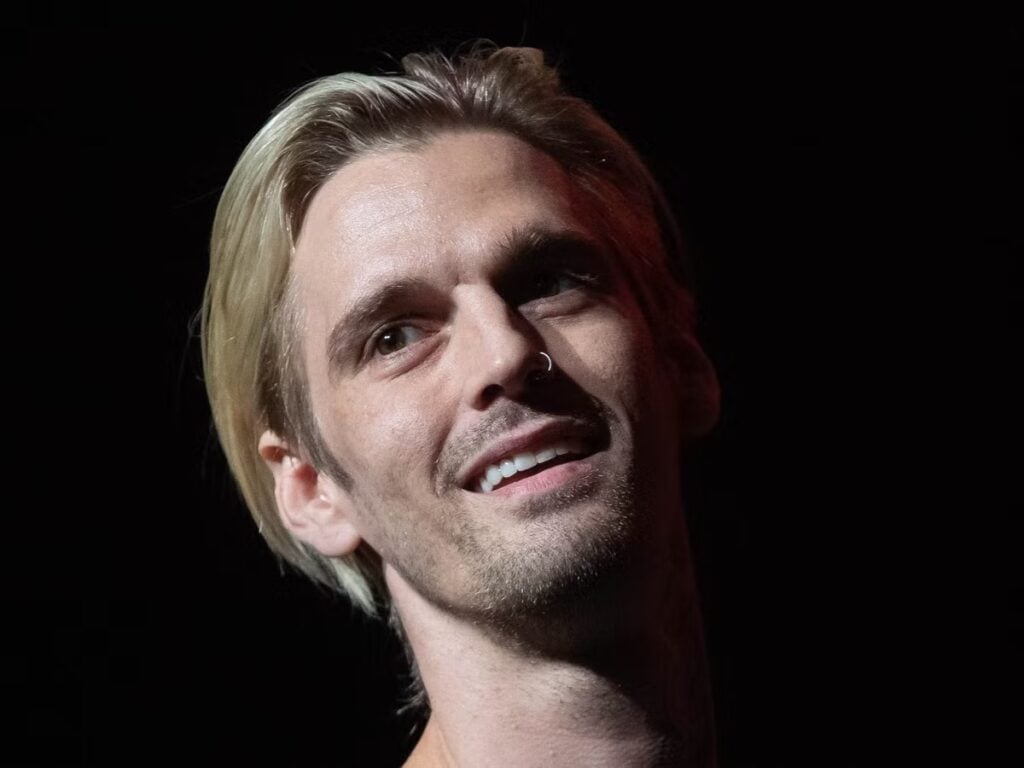 “My heart has been broken today. Even though my brother and I have had a complicated relationship, my love for him has never ever faded. I have always held onto the hope that he would somehow, someday want to walk a healthy path and eventually find the help that he so desperately needed.”

He added, “Sometimes we want to blame someone or something for a loss. But the truth is that addiction and mental illness is the real villain here. I will miss my brother more than anyone will ever know. I love you Chizz., now you get a chance to finally have some peace you could never find here on earth. … God, Please take care of my baby brother.” 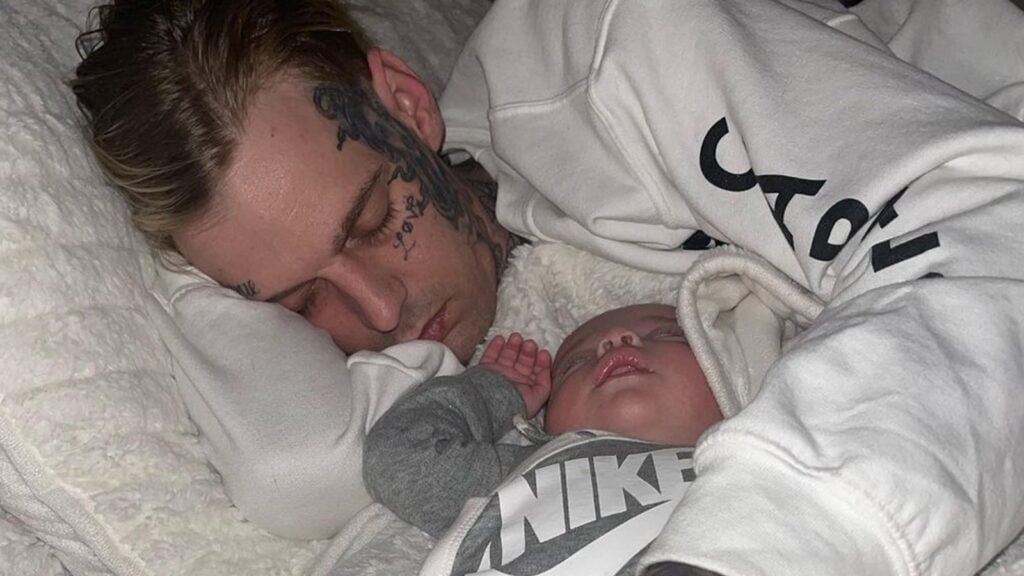 At the time of his death, Aaron’s net worth was $400,000, according to Celebrity Net Worth. Carter claimed in an interview with Oprah: Where Are They Now in 2016 that his net worth was more than $200 million at the height of his career as a teenager.

However, in 2013, Carter filed for Chapter 7 bankruptcy in a court in Florida. “The overwhelming majority of the debt that he’s asking to be discharged is from more than 10 years ago, and that was when he was a minor and not in control of his own finances,” his publicist Steve Honig told The Hollywood Reporter.

It’s unsure who will take Aaron’s remaining wealth but many believe his son Prince will inherit it all.