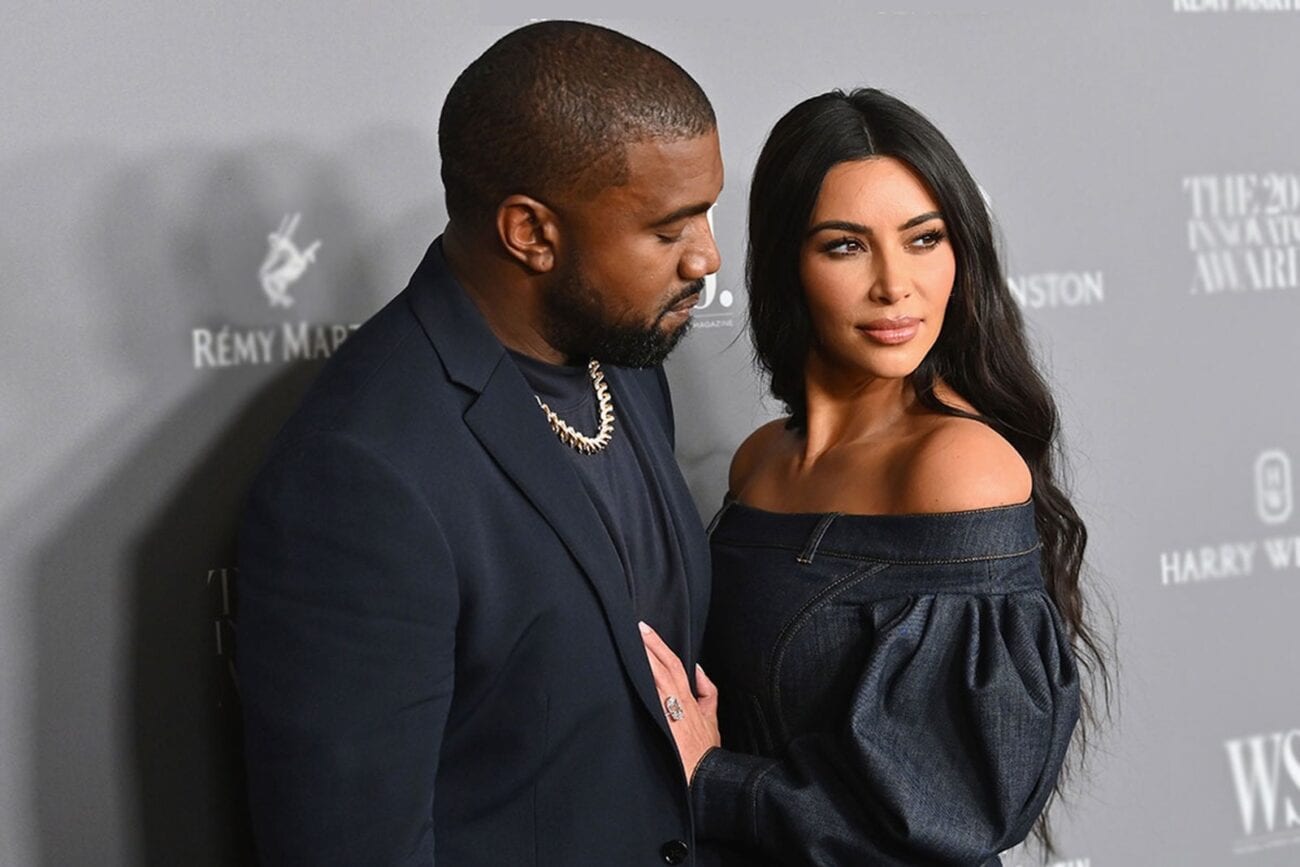 Celebrity couples can be seen as inspirational markers by many people, especially in this day & age when we’re able to keep tabs on them through social media. As we track our favorite celebrities & their romantic relationships, we can find ourselves craving their success, their passion, their adventures, and, every now & then, even their problems.

Sometimes, however, celebrities break our hearts. If you’re a devoted follower of Kanye West & Kim Kardashian, the constant rumors of their marriage coming to an end must have you on perpetual pins & needles. The latest news reported by E! Online follows the trend of depicting the couple’s relationship as a complex construct that defies the average person’s understanding of . . . well, love.

“Together but separate” might be a concept a good chunk of Twitter users have trouble with, but that’s exactly what Kanye West & Kim Kardashian are trying these days when it comes to their marriage. E! Online reported an unnamed source close to the couple says West & Kardashian “are doing their own thing” and “spend a lot of time apart”, making sure they each prioritize “me time”.

#KimKardashian and #KanyeWest are getting divorced 👀🍵??? pic.twitter.com/j5eIvaUSmD

The original E! Online piece about Kanye West & Kim Kardashian spending time away from each other quickly translated into reports all over the internet about the imminent end to their marriage. That hypothetical, understandably, sent Twitter into a frenzy.

Twitter being Twitter, it gave voice to all sorts of reactions about the potential demise of the Kanye West & Kim Kardashian relationship. Here’s a sample!

@kanyewest will you divorce? @KimKardashian

In case you’re not familiar with emoji lingo, that final image at the end of the tweet isn’t a bowl of soup but rather a cup of tea. As in “spill the tea, entertainment journalists!”🍵

All these rumors saying @kanyewest & @KimKardashian are getting a divorce.
I DONT BELIEVE THE RUMOR.
AM I NAIVE?

Not believing a rumor isn’t a symptom of naivete, but tagging Kanye West & Kim Kardashian in your tweet might be.

All these rumors saying @kanyewest & @KimKardashian are getting a divorce.
I DONT BELIEVE THE RUMOR.
AM I NAIVE?

There’s something to be said for how many times the media has cried wolf in regards to Kanye West & Kim Kardashian’s marriage.

@kanyewest and @KimKardashian have not lived together in a year 🤔 that boy know something! Pay attention. #StayWoke

Two pieces of evergreen advice here. You always want to make sure your level of wokeness is appropriate but, more importantly, you should always pay attention to your significant other, Kim Kardashian or not.

The only time I'm sad as a kanye West fan is when the media is attacking his family ☹️….. I really hope and pray he fights for @KimKardashian and the kids because that's all that matters. I don't care about no album, sneakers clothes or futuristic City 🤞🏻

Family certainly matters more than any of the many businesses Kanye West is involved in. Vin Diesel approves of this tweet.

@kanyewest @KimKardashian please seek out counseling. Don’t worry about us fans! Work on you guys, for the betterment of your kids, sanctity of marriage and family… You got married for love you guys found in each other… Praying for guys.

You’d hope the stigma of marriage counseling would’ve been diminished in 2020, when most of us are probably requiring counseling of one type or another. If Kanye West & Kim Kardashian need counseling, we’re sure there are plenty of professionals itching at the chance to help them.

@KimKardashian, @kanyewest And if she divorces her husband and marries another, she commits adultery.”

Therefore a man shall leave his father and his mother and hold fast to his wife, and they shall become one flesh. Don’t let social Media demons divide your lovely marriage

This one went a little hard on the religious angle, quoting scripture and a hundred percent demonizing social media. But the message remains: Kanye West & Kim Kardashian, please work it out!

Amen,wanna see you guys, together, as one.
Life is rough sometimes, but God put you as 1, K🙂
Family MUST understand it's selfish to want you apart.
True friends want you as ONE.
First, Flower, then Thumper, &, finally Bambi, found their one.
God bless@kanyewest @KimKardashian

Typical pattern in Hollywood, was worse than that years back?…

Kim Kardashian And Kanye West May Not Have Divorced, But Apparently They're 'Living Separate Lives'https://t.co/kTyIoLj4gz

The year 2020 has taken a toll on us all, but some people are more jaded than others. Are Kanye West & Kim Kardashian stuck in a pattern?

This wil sent #Ye in to a manic episode…

Were they ever really together? We know better🤷🏾‍♀️

This Twitter user goes as far as actually doubting the entire relationship. Pretty rough judgment of Kanye West & Kim Kardashian’s marriage but at least they were not tagged in the tweet.

Have Kanye West & Kim Kardashian found the secret to making their marriage work? Or is this just another step toward an eventual divorce? All we know for sure is Twitter will have plenty to say about them one way or the other.