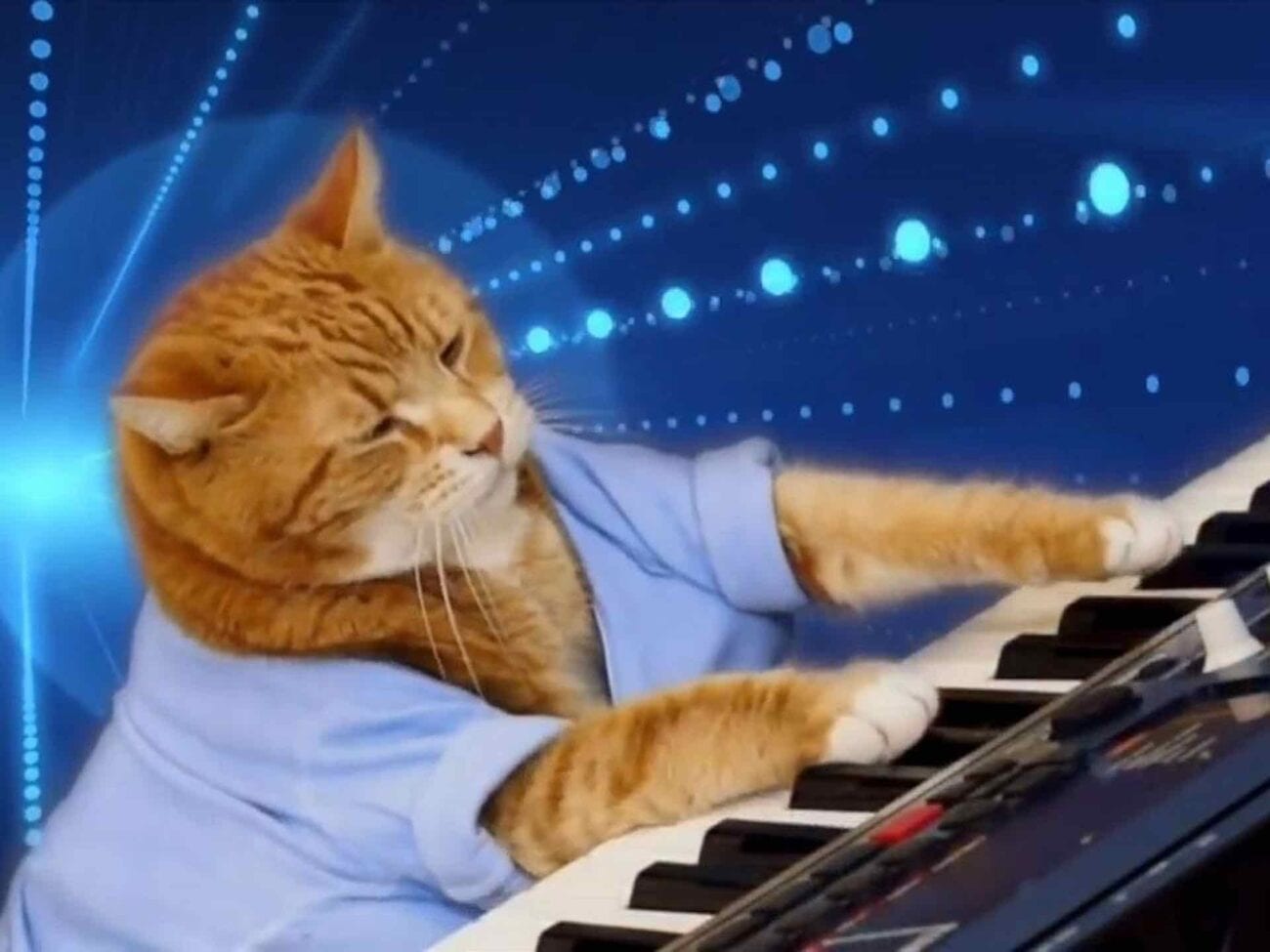 More than Keyboard Cat: Meet all the cute kitties who have talent

Cat owners are familiar with two facts: cats are incredibly smart and cats march to the beat of their own drum. It takes a lot of work (and a fair amount of luck) to get a kitty to perform for your camera, but if you’re successful odds are you’ll have a viral hit in your hands. The internet loves it whenever cats show off for our collective entertainment.

The most recent feline sensation is a cat who plays the keyboard. He’s not the first and it’s unlikely he’ll be the last, but this kitty has definitely captured the virtual spotlight for the time being.

This “Keyboard Cat” hails from the mythical land of TikTok and is named Barney. Like many feline artists, Barney’s musical taste leans toward the experimental and his human companion seems happy to oblige. The duo has already transcended TikTok fame and achieved Twitter celebrity status in just a few days.

As cool as it is to watch Barney play the keyboard, most of us would probably agree the greatest moments in the video are when he just stops and throws an utterly “yeah, I’m a cat” look off camera.  That’s the stuff cat lovers live for.

With all due respect to Barney the keyboard cat though, there’s a rich history of kitties showing their skills online – and some of them could challenge him when it comes to the level of adorableness. Who’s a good kitty? Let’s look at some of the contenders.

Nora and her piano

Nora’s not exactly a keyboard cat: she prefers pianos. Legend goes Nora started her musical career as a way to get her owner’s attention. Multiple videos and millions of views later, to say Nora accomplished her goal would be an understatement.

This type of video is a clear testament to the power cats hold over us humans: if your little brother played the piano like this, you’d tell them to find a different instrument or maybe consider playing sports instead. However, the moment we see a kitty playing an instrument, anything & everything sounds like magic.

There’s more to the world of feline music than pianos & keyboards (and keyboard cats.) That said, is it too much of a stretch to call these two kitties a percussion team? Is the bell ringing caused by a desire to create art or a desire to eat a treat? We may never know for sure but don’t they look super cute in those hats?

Playing bass is tough enough when you’re a human, so we’re not going to fault these two cats for tag-teaming this instrument. And we have to give them props for not running away, even though they initially looked a little creeped out by the sounds they were creating.

You can always put a new spin on a classic song, as you can see in this heartwarming performance of “Old MacDonald”. Granted, Lee’s owner is doing most of the heavy lifting, but the kitty’s got the rhythm – and more importantly, the cuteness – down pat.

If the previous video didn’t feature enough meowing for your liking, these two furballs should do the trick for you. Of course, at this point, we’ve moved away from “keyboard cat” and closer to “music criticism cats” but there’s room in the viral world for all types of talented kitties.

Completely abandoning the musical angle now, this video claims its athletic cat learned to use the treadmill in a week, which sounds like it might be a bit of an exaggeration aided by clever editing. But you can’t argue with the footage, regardless of how long it actually took the cat and his human team to get there. When it’s all said & done, yes, that’s a cat using a treadmill and looking pretty chill while doing so.

Seems fitting to close with Didga, the self-proclaimed “most talented cat in the world” (well, proclaimed by her owner, at least). Didga’s repertoire ranges from simple kitty tricks like trust falls and standard jumps to skateboarding and keeping her cool while perched atop her human – as said human walks through a crowd.

This short list barely scratches the surface of cat awesomeness all over the internet. Do you have a favorite cat video you’d like to share with us? Let us know in the comments!