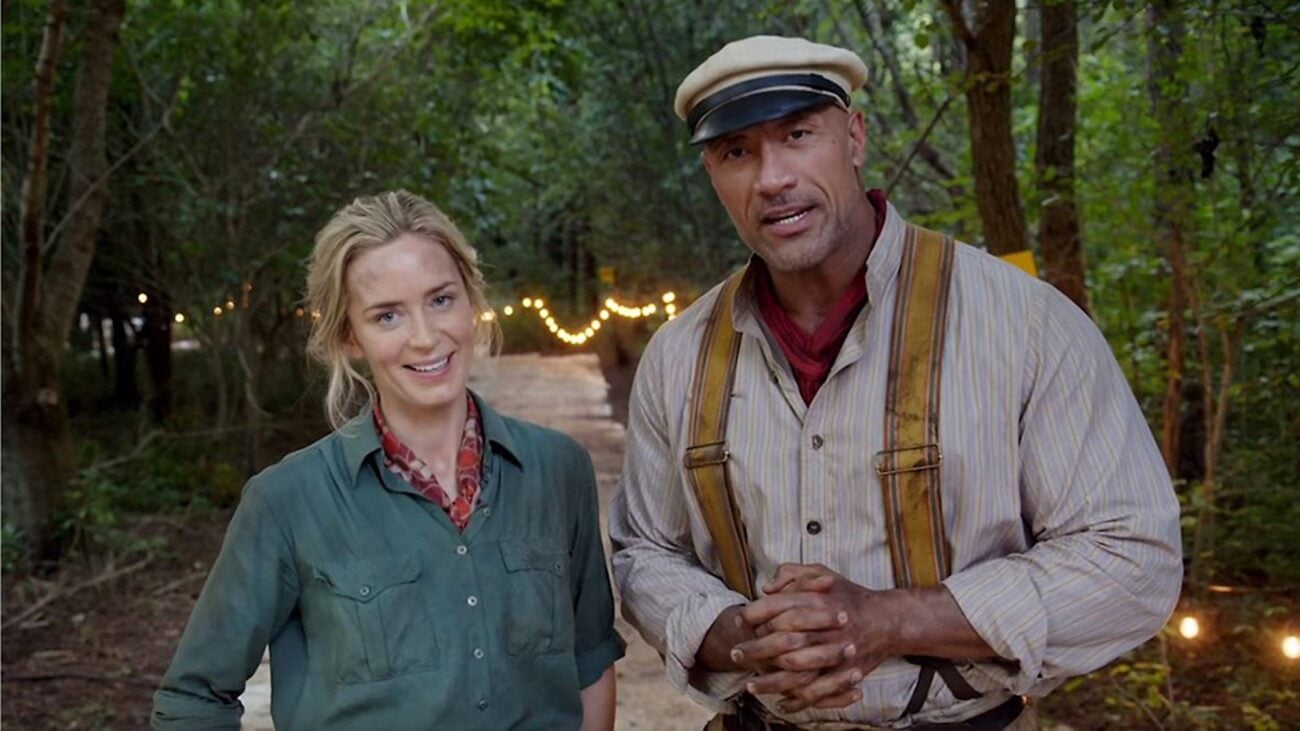 Disney’s ‘Jungle Cruise’: Could this new film become a 2021 hit?

Who doesn’t love a movie with The Rock in it? This week, we’re going to see Disney’s Jungle Cruise finally hit theatres. It definitely promises to be an adventure-filled ride as we sail down the Amazon with Dwayne Johnson, Emily Blunt, and Jack Whitehall. But will the movie be good? Movies based on theme park rides tend to be hit or miss after all.

But, we have the first reviews for the upcoming movie. Currently, with 39 reviews, Disney’s Jungle Cruise is sitting at a 67% on Rotten Tomatoes. Not the cream of the tomato soup, but not utterly rotten either. So what are people saying about the movie? Well, let’s take a look at what those on Twitter are saying about the upcoming movie, shall we?

Just finished watching JUNGLE CRUISE. Had such a blast with the story and really dug the whole MUMMY and INDIANA JONES vibes. But it's the chemistry and charm of @TheRock and Emily Blunt that truly makes it shine. Review coming to Nerdist!

Okay, you bring up the good versions of The Mummy and we’re in the seats.

I’m glad #JungleCruise ended up being so fun to watch. Come for the “backside of water” ride jokes, stay for the comic performances and plot twists. Referencing films like INDIANA JONES & THE MUMMY, it’s a delightful adventure movie throwback. pic.twitter.com/uY4rT28raX

Disney’s #JungleCruise somewhat feels like Indiana Jones meets Pirates, but Johnson’s confidence and Blunt’s charisma allows it to stand on its own. I wasn’t entirely engaged from start to finish, but families will have a great time with this adventure. Also, Jesse Plemons… Yes. pic.twitter.com/eFXkjJmlA5

Look at the charismatic beauty

Unsurprising that Johnson & Blunt are a charm bomb.

SEEN! #JungleCruise will satisfy your thirst for adventure, particularly the kind of Drew Struzan-poster-days, or akin to The Mummy, animated Tintin & Indiana Jones. It can be over-hectic for its own good at times, but you’ll go along too because it’s *that* fun. #FilmTwitter pic.twitter.com/ngskZSUrx2

You can forgive a lot of sins if something is fun.

Seriously, book the cruise. #JungleCruise is phenomenal. It has the chemistry and character dynamic of The Mummy with the adventure and fantasy of Pirates of the Carribbean.

I am seriously in love. pic.twitter.com/VTXGkA8Av5

Look at how much people are loving!

I REALLY enjoyed #JungleCruise. It's every bit the fun adventure the trailers have promised, and delivered exactly what I was hoping to see out of it. It scratches that Mummy/Pirates of the Caribbean itch and I just had a blast the whole time.

If you’ve seen the trailer, you know what this movie is.

If you were hoping #JungleCruise would be a grand ol’ adventure full of excitement and laughs and revitalize the magic that Pirates brought disney 18 years ago, I have some news.

It’s all that. And a little more. Get ready to rewatch this one quite a few times. pic.twitter.com/8AhXmzstkF

Just have some fun at the movies!

After watching #junglecruise now understand why @TheRock wanted Jaume Collet-Serra to direct #BlackAdam. ‘Jungle Cruise’ is such a fun adventure that works for all ages. Emily Blunt and Dwayne Johnson have fantastic chemistry & it’s loaded with nods to ride. Thumbs way up. pic.twitter.com/Ljf2MqzE5F

Sounds pretty solid all around

We can’t wait to see more.