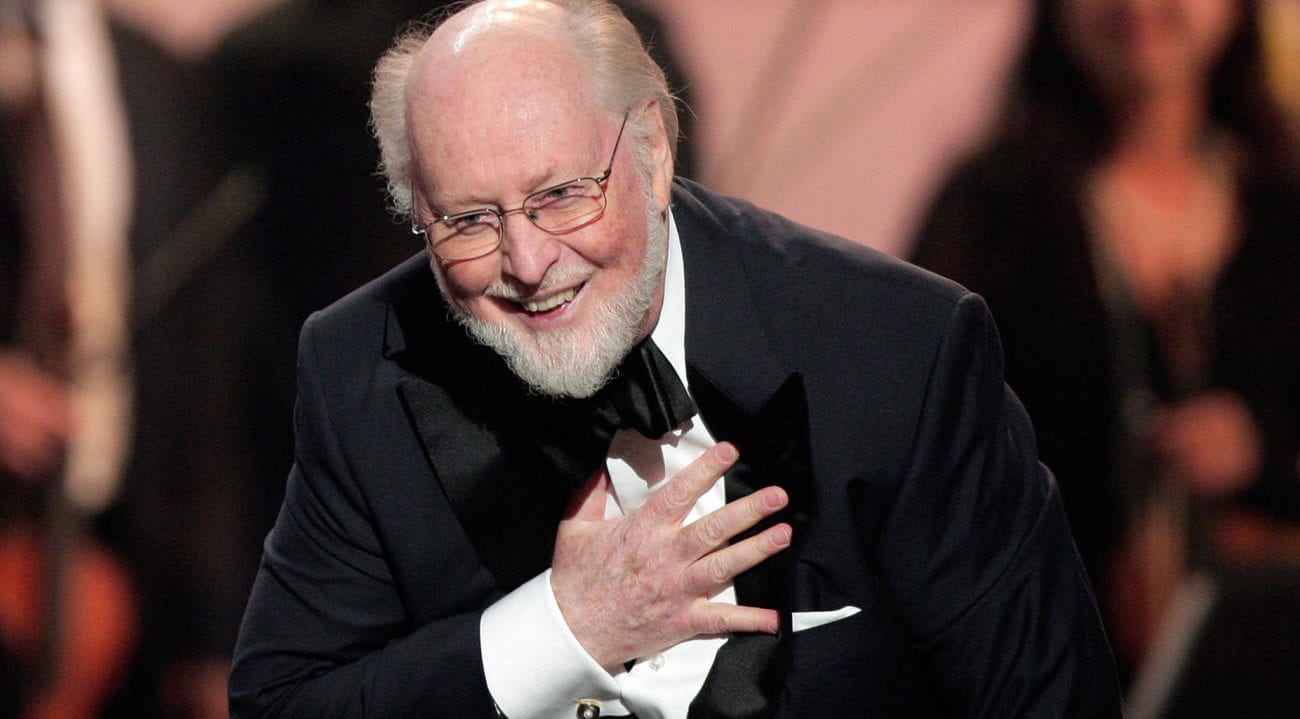 After a career of providing boisterous, swelling scores for the exploits of space warriors, legendary composer John Williams has revealed he may soon be finished with scoring Star Wars movies. The 86-year-old made the admission he’ll be calling it a day with the franchise after Star Wars: Episode IX is completed, during an interview with KUSC radio.

We know J.J. Abrams is preparing one now for next year that I will hopefully do for him, and I look forward to it. It will round out a series of nine and be quite enough for me.

Williams is one of the most revered movie composers in cinema history. Famous not only for his distinctive signature sound (highly influenced by various impeccable paragons of early 20th-century orchestral music), the octogenarian also perfected the filmic usage of Wagnerian leitmotivs (melodies and riffs strictly tied to characters and plot themes).

Having scored some of the most beloved movies of the past 40 years, he has also received an astonishing 51 Oscar nominations, including his most recent for the score of Star Wars: The Last Jedi. Here are ten of John Williams’s most essential cues we’ll never get tired of listening to.

Naturally, we had to begin with Williams’s cherished score for George Lucas’s seminal space opera. As full of fun and excitement as it is ostentatious and grand, the original theme for the classic movie is still a thunderous thrill to hear.

Filled with pomp and majesty, Williams’s score breezes between bars with a typically heroic sense of grandeur. You can almost feel the Man of Steel (Christopher Reeve) bursting through the skies above with every blast of brass.

Harry Potter and the Sorcerer’s Stone (2001)

Williams’s spellbinding work for first three installments of the young-adult franchise are some of the most iconic scores of the past 20 years. Somehow this lively, sparkling composition manages perfectly to express the prestige of Hogwarts, the magic of Harry (Daniel Radcliffe), the smarts of Hermione (Emma Watson), the mischief of Ron (Rupert Grint), and the terror of Voldemort (Ralph Fiennes).

The original score for Steven Spielberg’s beloved family film is stacked with such dizzying strings, delicate whimsy, and adventurous grandiloquence it makes you feel like a big kid – one who may be smuggling an alien in a bicycle basket while levitating past the moon.

Close Encounters of the Third Kind (1977)

The very fact Williams’s score for Spielberg’s drama about initiating communication with alien beings genuinely sounds like a musical language is testament to his skill in translating stories into music.

Sharper than a set of shark teeth and instantly unnerving, Williams’s legendary, lurking Jaws theme perfectly embodied the might of cinema’s most famous water dwelling predator.

As timeless as a mosquito trapped in amber, the foreboding wonder of the Jurassic Park theme makes us feel as giddy as Jeff Goldblum (Thor: Ragnarok) discussing genetics – and twice as nervous about those damn dinosaurs.

While the main theme to the John Hughes’s family comedy starring Macaulay Culkin is full of devilry and childish glee, there’s also a gentle flipside to the score. Exploring the genuine sadness of a child whose family cares so little for him that they managed to abandon him, the Home Alone theme can get pretty deep.

Somber, and showing restraint uncalled for in Williams’s more bombastic action-adventure work, the Schindler’s List score is heartfelt and harrowing, with some of the most expressive violin solos (by the illustrious Itzhak Perlman) you could hope to hear.