Beyond Bollywood: A brief history of Indian cinema at Cannes

The 2018 Cannes Film Festival was a big let down for most American audiences. After the public feud with Netflix and the imposition of medieval rules such as the selfie ban, the whole festival felt underwhelming this year. The coverage by the US media was especially caustic and the fact that only two American movies made it to the competition just meant that the Land of Liberty was disenchanted by the fading sheen of Cannes.

But this was not the case for many other regions of the world. If you followed the coverage of Indian English media, you will have seen that the stars have never shined brighter. The much anticipated film Manto was released with a lot of fanfare (directed by Nandita Das). It is a biopic about the legendary Urdu writer Saadat Hasan Manto, one of the most admired literary figures of the subcontinent.

It’s no surprise that the first promo of Manto was a short film in which we see the writer (played by Nawazuddin Siddiqui) defend the freedom to write about prostitutes, drunkards, and abusers. Manto faced six obscenity charges in his whole lifetime – three in British India and three in newly liberated Pakistan. The film is already famous in India, despite the fact that it hasn’t yet been released for the general audiences in the country.

Indian cinema has a historical relationship with Cannes. Those films that dare to break the formula of Bollywood and talk about things no one wants to talk about often use Cannes as a launching pad. A recent example is Masaan, which was showcased in Cannes in 2015 and was the directorial debut of Neeraj Ghaywan. It talks about two love affairs – one involving people from different castes and the other ending in tragedy in a love hotel. Overall, the film looks at the social reality of India and the dangers faced by young couples who have to risk their security for a few moments of intimacy. 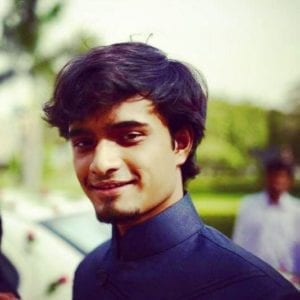 Dee is a writer of fiction, poetry and non-fiction. His writing career began with scribbling secret love letters to a girl who was two years elder to him. He was twelve then, and his passionate relationship with writing has thrived ever since. When he writes, his aim is to make the reader realize that if some black-and-white marks on their digital screens have the power to make them sit up and wonder, then their actions in the real world can give flesh to any fantasy.