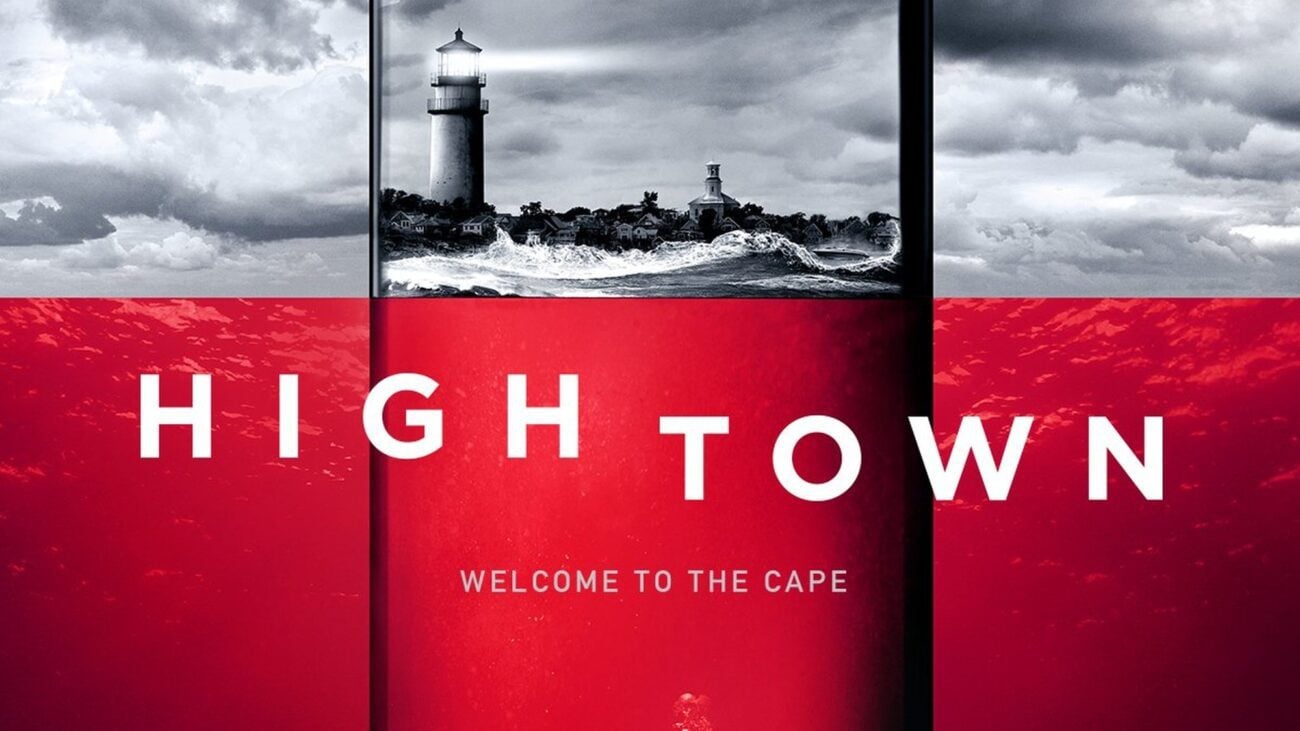 We’re gonna take a wild guess and say you’re a Hightown fan? Monica Raymund returns for Hightown season2. While her character Jackie Quiñonez is in a greatly better position than she was last season. At this point, it’s just too early to know for sure if she’ll stay on the “straight and narrow.”

Raymund told Deadline at the Starz drama show’s premiere on Saturday, “At the top of season 2, she’s got some days of sobriety under her belt and she’s working for the police department. She’s finally starting things off on the right foot.” 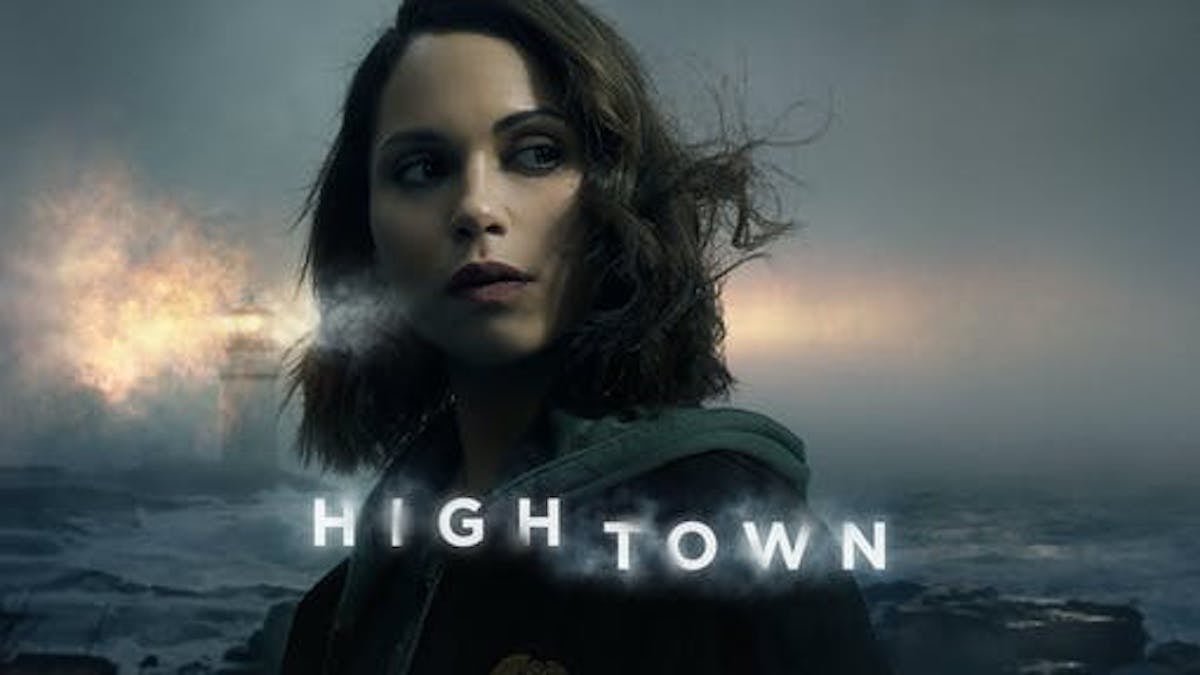 “She has a new partner named Leslie Babcock and they’re the only two women on the police task force 一 two girls in a room full of men. So they get very close,” she added. Of course, we know when it comes to dating, Jackie is not necessarily on the prowl as shown about her in season 1. But she’s definitely open to meeting new people.

Is Hightown on your watchlist? Clearly, fans already have much to look forward to. And is Monica leaking plans for season 2? 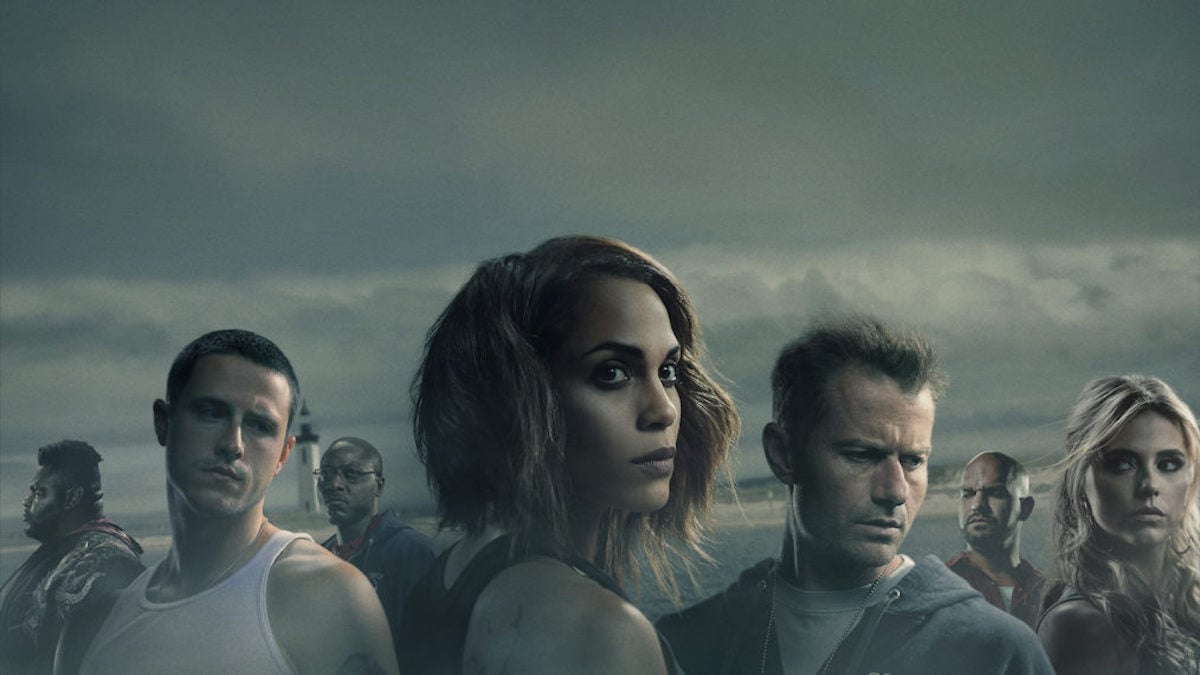 When talking about Jackie, Monica added, “Yeah, she’s going to be mixing a little work with pleasure.” With what Deadline refers to as a “cheeky grin,” “What I can say is that lines are going to get crossed and they’ll get pretty blurry. It’s going to get really hot!”

Tensions are also expected to be great with the coming of Luis Guzman to the cast who stars Jorge Cuevas. He’s the cousin of drug kingpin Frankie Cuevas (Amaury Nolasco), both of whom are out of prison and looking to make the business the very best it can be by taking it to the next level. 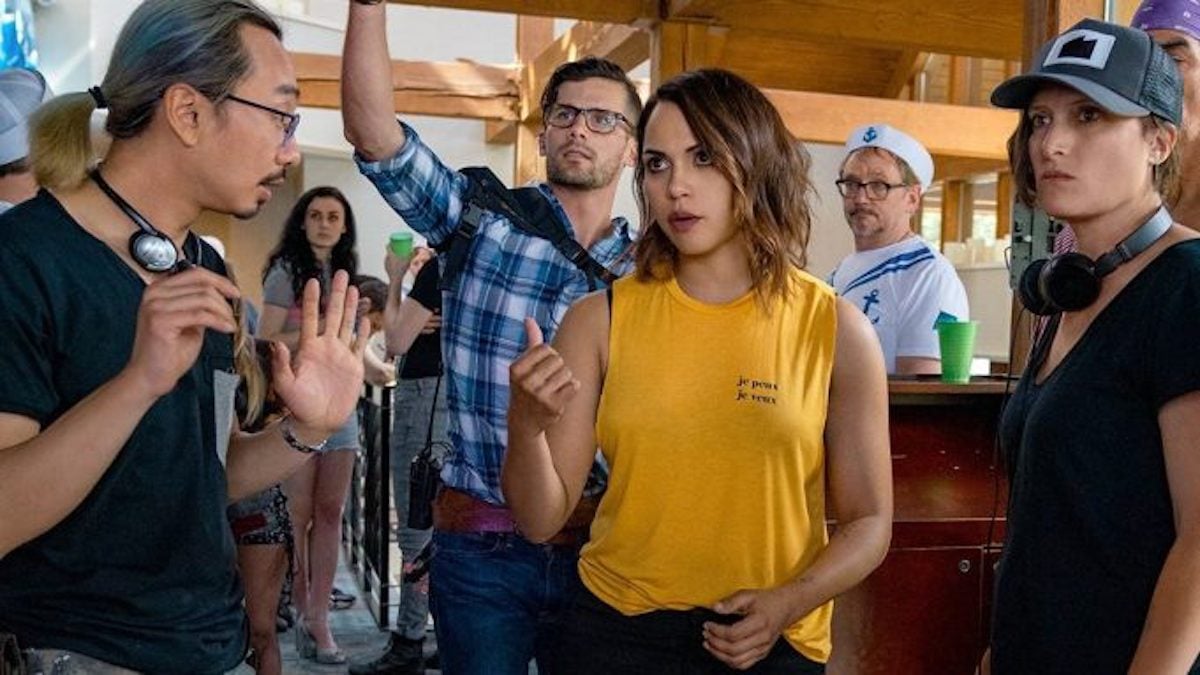 “He and Frankie are taking over and things are going to get real hairy, nasty, and dark,” Raymund teased. “Guns blazing! I’ll interact with more with Frankie this season, we’ll be going head to head. You can expect some friction on that front.”

Nolasco of Guzman added, “I couldn’t believe they were able to secure Luis to play my cousin this season. I grew up watching him. And, of course, he’s Pachanga in Carlito’s Way! From the first moment we were on set, it was just two Puerto Ricans working in North Carolina having an amazing time.” 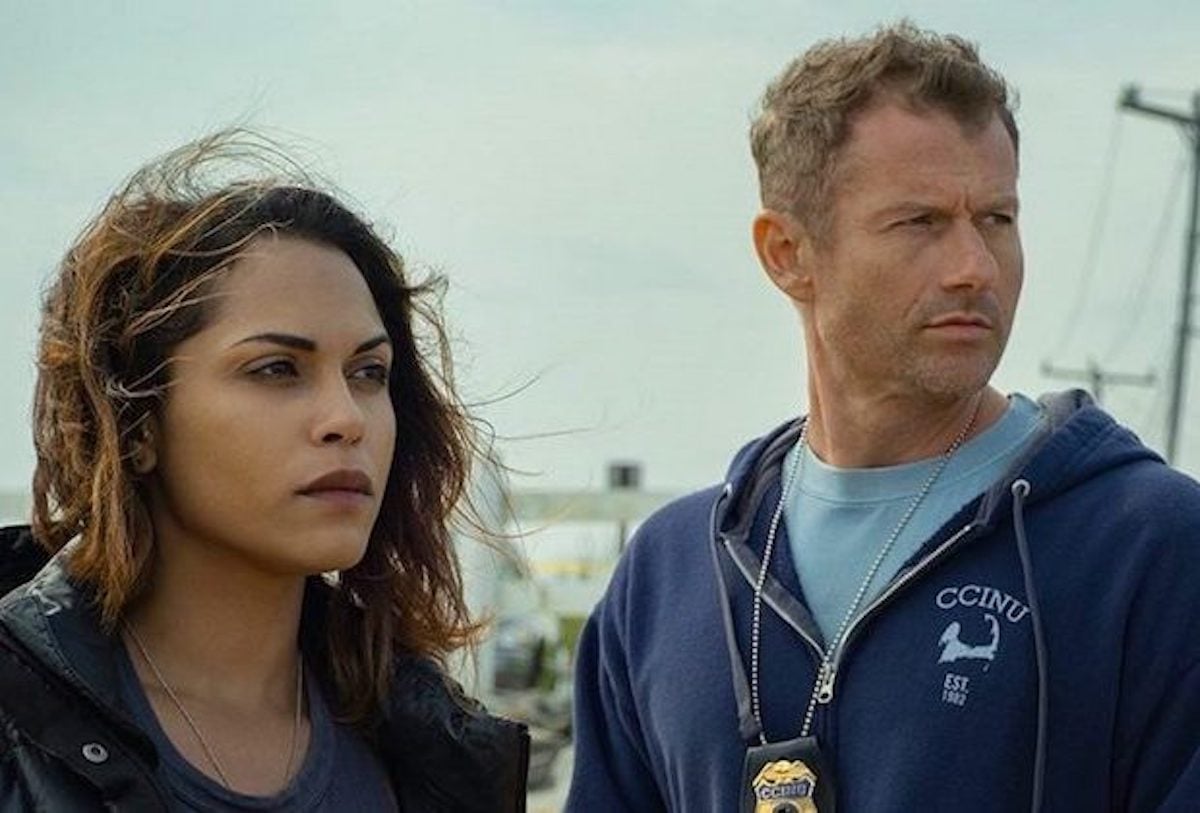 Just as Latinos do, Frankie welcomes Jorge in the home he shares with his fiancee Renee played by Riley Voelkel and their young son Frankie Jr. (Rumi C. Jean-Louis). When Renee wanted to know how long Frankie was going to be staying, she realized he’s welcomed to stay indefinitely, much to her distress. The new living arrangement will bring disaster to Frankie and Renee’s already sensitive relationship.

Nolasco says, “When it comes to Latinos, family comes first. “But of course, it’s inconveniencing the mother of his kid.” When describing the character, “Frankie is very much in the middle, like a slice of ham in a sandwich. There’s a lot of push and pull and I’m like, ‘Hey guys, can’t we all just get along?’ And Jorge begins to plant these seeds of doubt and it will all come down to trust. Who should Frankie trust?” 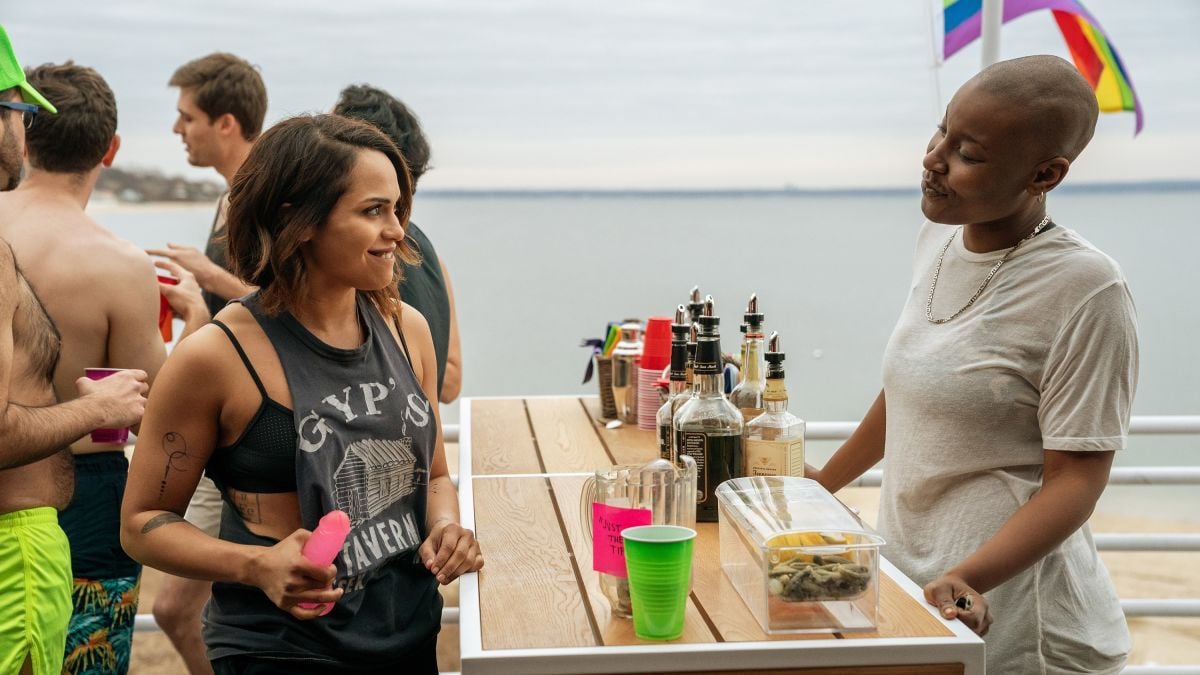 Jorge’s new girlfriend Daisy’s actress Jona Xiao, revealed a thing or two. “Daisy works at the strip club run by Frankie and Renee where she meets Jorge and they begin a relationship,” said Xiao. “And we stir up a lot of trouble!”

“One thing I’d like to add since it’s very easy to hypersexulize Asian women 一 with a character like Daisy who is a stripper 一 I think it’s easy to go that route. But what I love about the writing of her story is that she’s so layered and you see a real three-dimensional woman that is powerful and smart. We need to see more of these types of characters on TV.”

Hightown season 2 airs Sunday nights via Starz. Share your favorite moments in the comments below! 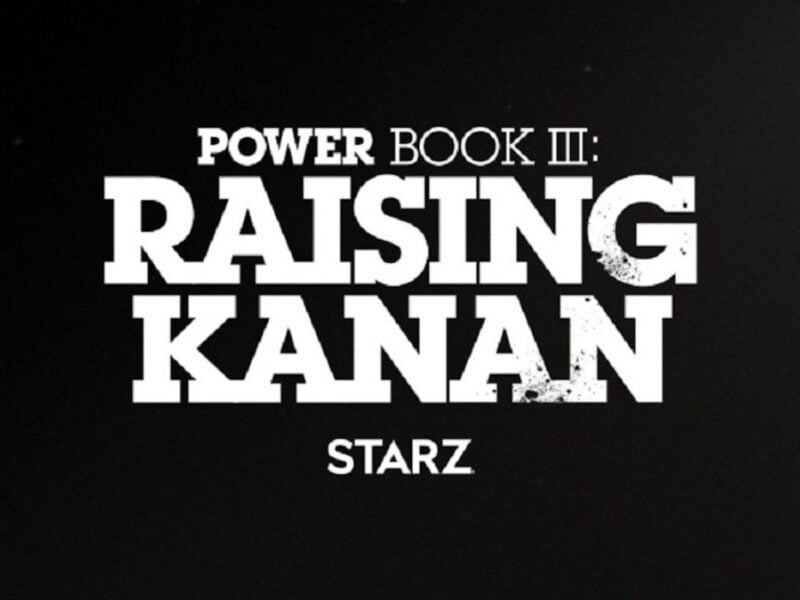