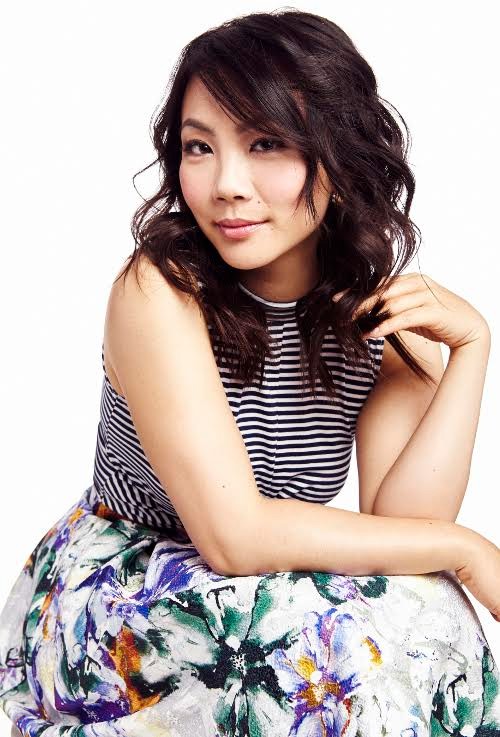 There is some optimism as times gradually improve, and Disney’s animated film, Raya and The Last Dragon, reminds audiences that trust and unity are more important than ever. Enter actress Jona Xiao, who skillfully voices Young Namaari, the antagonist character in the action-adventure tale which released in March on Disney+.

Raya and The Last Dragon, the latest chapter in the Disney Princess canon, tells a story of long ago. In the fantasy world of Kumandra, humans and dragons lived together in harmony. However, when sinister monsters known as the Druun threatened the land, the dragons sacrificed themselves to save humanity. Now, 500 years later, those same monsters have returned, and it falls to a lone warrior to track down the last dragon and stop the Druun once and for all.

While Xiao enjoys playing heroes, she believes that people are not truly evil in terms of how everyone takes action based on positive intentions, adding that this makes it all the more important to lead with empathy rather than demonization.

Audiences will also get a chance to see Xiao later this year when she recurs as Daisy in Season 2 of the Starz series, Hightown. Daisy is a working-class sociable woman, but with an edge and demeanor that demonstrates she can handle herself in any situation.

No stranger to the big screen, Xiao emerged as Lijuan in Fox Searchlight Pictures’s Gifted, as Gina in Spider-Man: Homecoming and Stacy Chung in 20th Century Fox’s Keeping up with the Joneses. In addition, Xiao has appeared in many hit TV shows, including as Natalie Wu on BET’s Being Mary Jane and as coder Julie Yang on AMC’s acclaimed Halt and Catch Fire.

With Raya and the Last Dragon now available, we caught up with Jona Xiao for an interview: 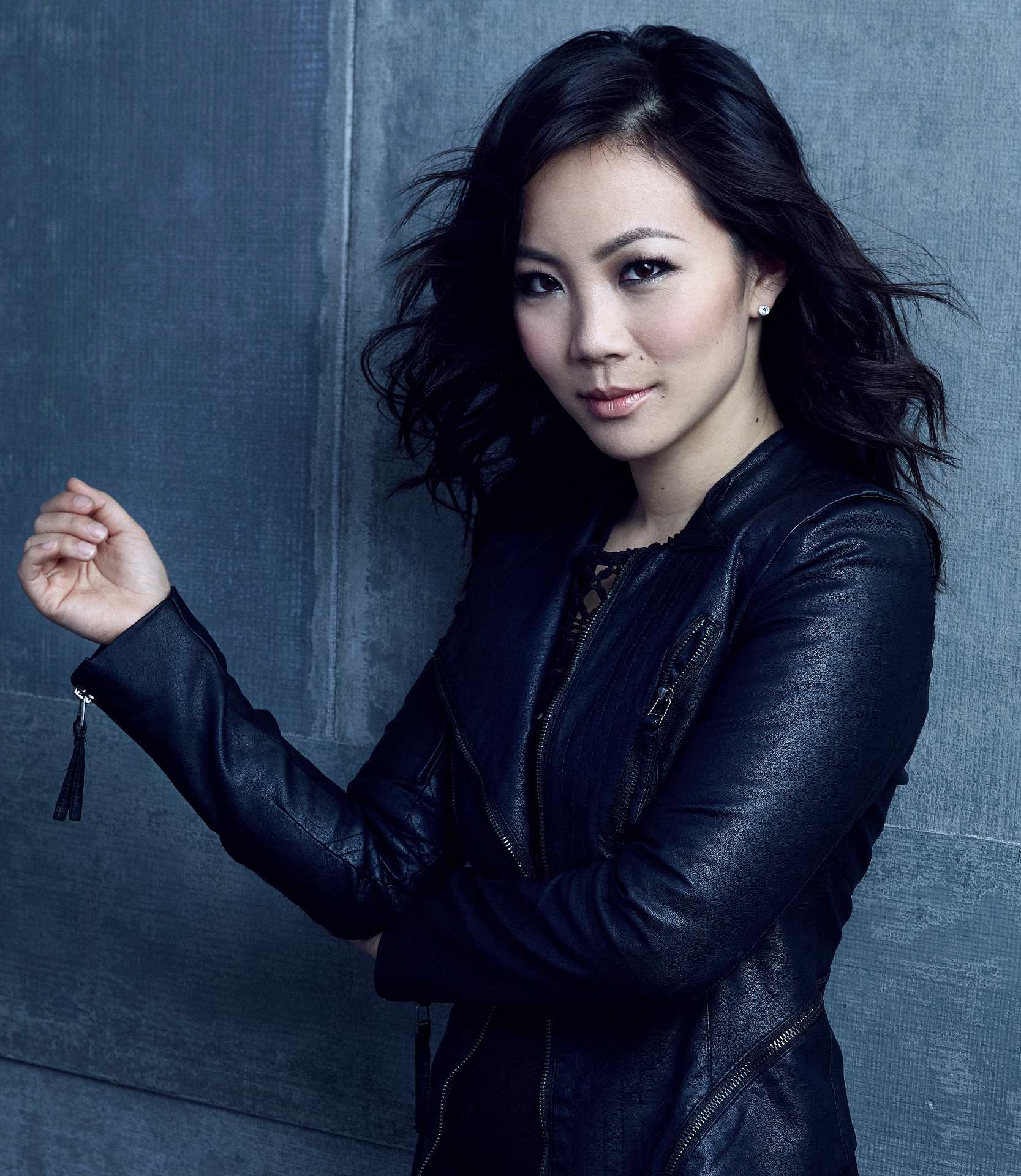 For anyone who hasn’t seen it yet, tell us about Raya and the Last Dragon and your role in it.

Raya and the Last Dragon is a story about trust and unity.  Long ago, in the fantasy world of Kumandra, humans and dragons lived together in harmony. However, when sinister monsters known as the Druun threatened the land, the dragons sacrificed themselves to save humanity. Now, 500 years later, those same monsters have returned, and it’s up to a lone warrior to track down the last dragon and stop the Druun for good.

I play Young Namaari, the younger version of the antagonist who makes a very deep impact on Raya when she was younger.

What was your initial impression of Young Namaari?

She’s a badass who is willing to do whatever it takes to protect her people.

Do you enjoy playing the antagonist roles more than the heroes?

Funny enough, I’ve been playing a lot of antagonists lately. While I also enjoy playing heroes, I think what’s interesting about playing the antagonist is finding a strong point of view that causes my character to behave the way they do.  I don’t believe that people are truly evil in this world.  I think at their core, all people are taking action based on a positive intent. I think it’s so important to lead with empathy rather than demonizing someone.

Have you voiced animated roles previously? And, did you do anything specific to prepare for this character?

Yes, I’ve voiced roles in other Disney and Netflix projects and it’s always so fun!  When I do my full prep for voiceover work, I’ll do body movement work, vocal warm up, drink Throat Coat tea, and character work.

For Young Namaari, I would focus on her strong point of view of the world and what was really at stake to help motivate the emotions and feelings I would get into while voicing her. 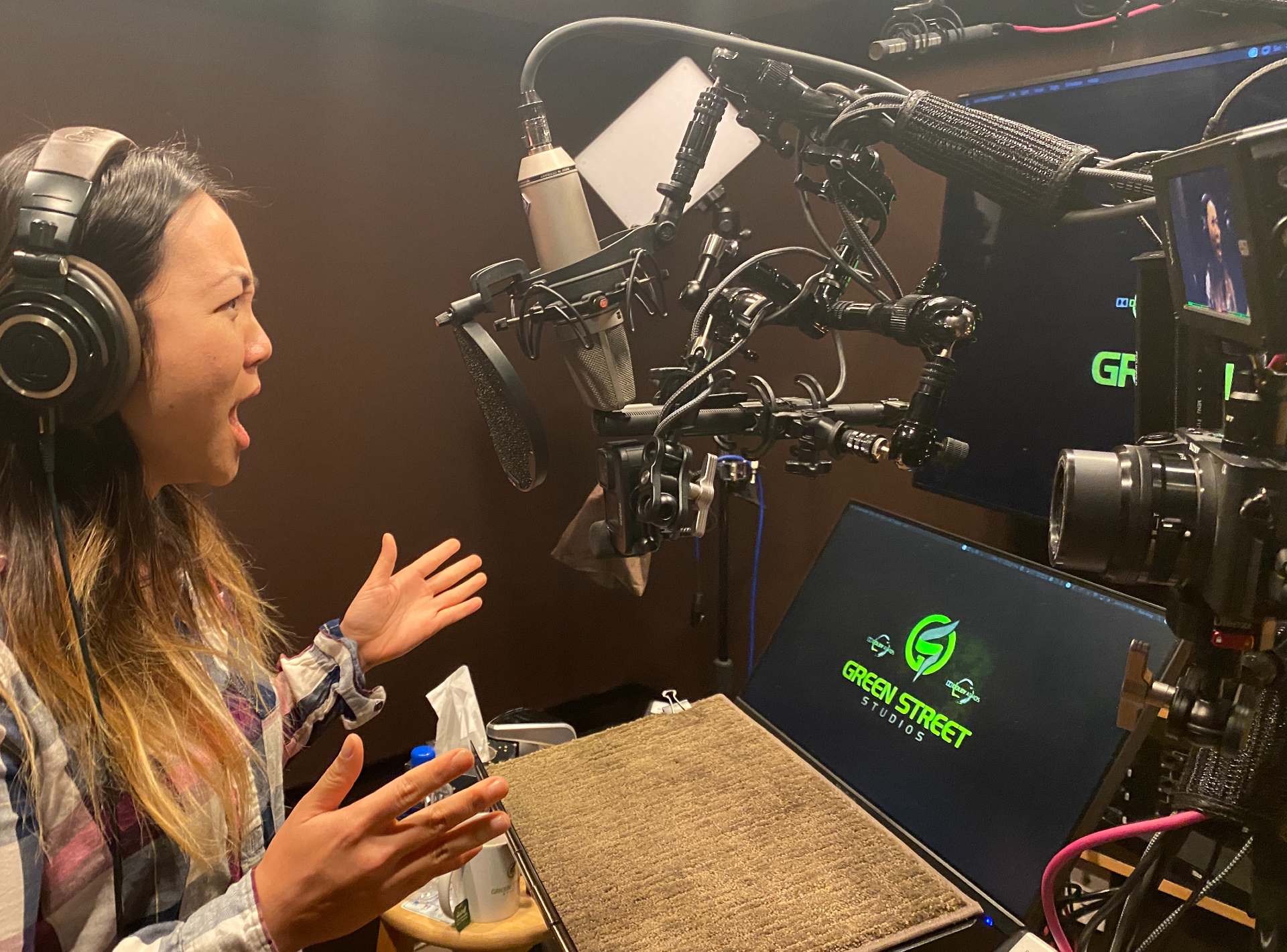 You worked on the film from the development stage; tell us about that process.

It’s been an amazingly fun and interesting journey. In February of 2018, I was cast to voice Raya in the first seven or so versions of the film that were screened internally at Disney. One of the reasons Disney’s animated films are known for such high quality is because of the time and care they take to create so many versions of the film in which the filmmakers then receive feedback and adjust the storylines and characters.

It was awesome to see the various evolutions of Raya, from the Han Solo-esque Raya that was in early versions of the script to who she is now, so powerfully brought to life by the talented Kelly Marie Tran.

How much did the story change along the way?

Why do you think this film is an important addition to the Disney Princess canon?

This film is vital because it not only highlights Disney’s first Southeast Asian princess, but she has a dark past that she is challenged to overcome in order to accomplish her ultimate goal of saving the world. I love that she’s such a kickass warrior, which subverts what most people think of when they think of a princess.

Was this experience everything you expected?

It’s even better than what I expected.  It’s been such a blessing getting to work on such a powerful story of coming together in times of great divide – sound familiar to anything we are going through today? – with such talented filmmakers.

They say people who work in animation are the nicest, and that may be true!  When I was in a club in Greece, I got a message asking if I could record some voiceover as soon as possible for Raya, so I rushed home and found a large cabinet to set up a voiceover booth in and recorded there. The creative team was so grateful for my efforts, which to me weren’t a big deal, and one of the directors drew me a thank you drawing. I was incredibly touched, and I still cherish that drawing to this day. 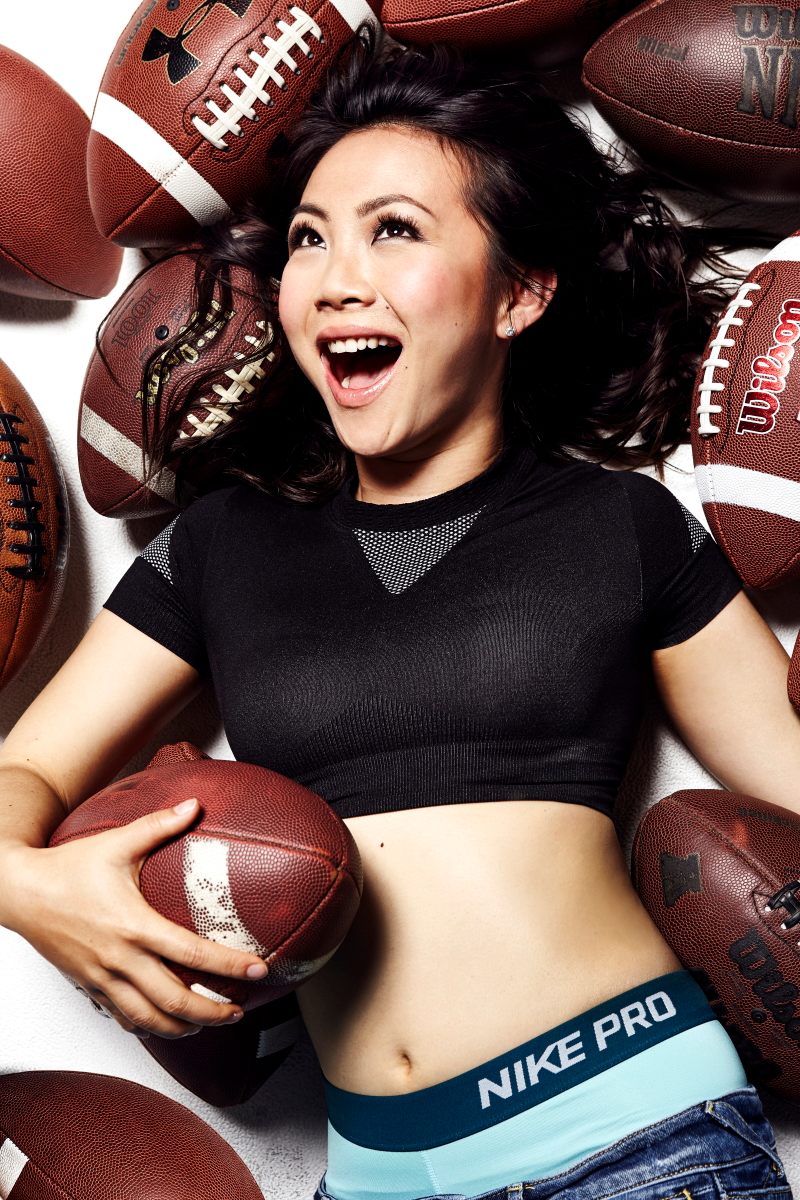 What can you tell us about your recurring role in the new season of Hightown on Starz?

I play Daisy, who is a working-class woman who seems ditzy and sweet, but has a hard edge. You’ll often see her caught between a rock and a hard place and it’s really interesting to see the decisions she ends up making as a result.

The characters in Hightown are so deliciously complex and there’s so many really juicy twists and turns throughout the season. Our showrunner, Rebecca Cutter, is so brilliant!  I’m so excited for Season 2 to premiere.

Do you prefer working in television over film?

Honestly, I don’t have a preference of one over the other, both have their upsides.  With film, you can take more time with the process usually, which as an actress can lead to experimenting more take to take.  With television, it can feel even more familial because you all may be working together for years and it’s also exciting to see how much the show’s characters evolve across time.

How did you get into acting?

In sixth grade, I took a drama class and ended up playing the female lead in the class play “Rappinstilskin,” the female version of Rumpelstilskin.  I loved making people laugh, think, and feel, and drama class became the class I would look forward to every single day.

I think we live in a very divided world of Us versus Them. Film and television have such a powerful ability to show us new perspectives and increase empathy. That’s why I’ve committed myself to being an actor, to help in the fight for unity.

For me, what’s been the most inspiring is bringing to light different perspectives and raising awareness for issues that may not be known by many. For instance, I worked on an independent film called Mercy, opposite the handsome and talented Harry Shum Jr., and the film brings up an aspect of rape that is hardly ever discussed, but I think is really important to bring to light. I don’t think I can spoil the film so I’ll just leave it at that.

One of the challenges of being an actor is the lack of feedback that’s given in the industry. There were times in my career where I would go long periods of time without booking and I wasn’t sure if it was my craft or if it was all factors outside my control. 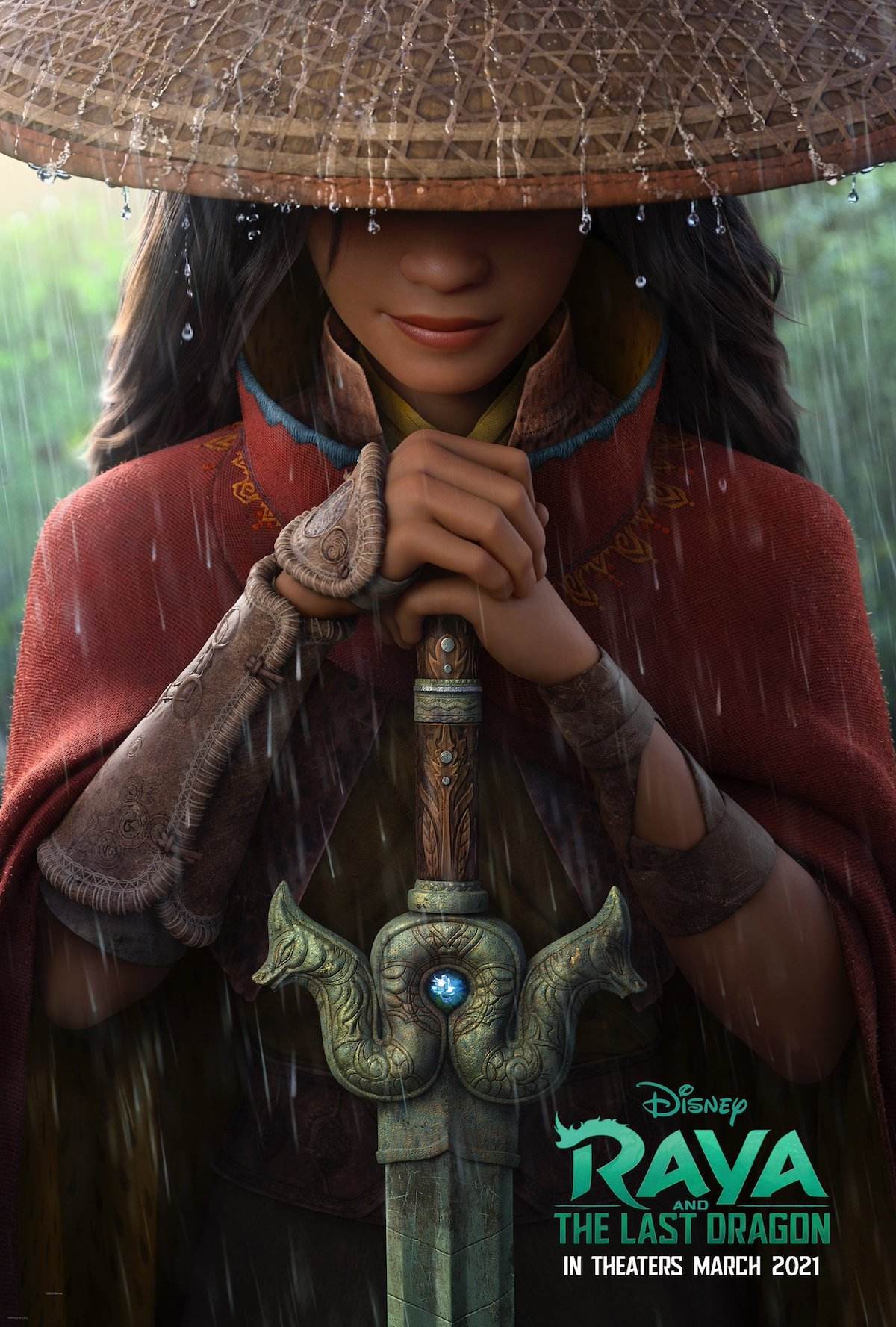 To care more about what I think than what others think. For a long time, I would constantly prioritize what others thought of me and allow it to really affect me in a negative way sometimes. I’ve been working hard to take things less personally and to be less of a people pleaser.

Anything else we should know about you?

One of my favorite hobbies is flag football. I was fortunate enough to play on Team USA as a quarterback last year and am so grateful for the amazing people I’ve gotten to meet all around the world as a result of playing this sport I love.