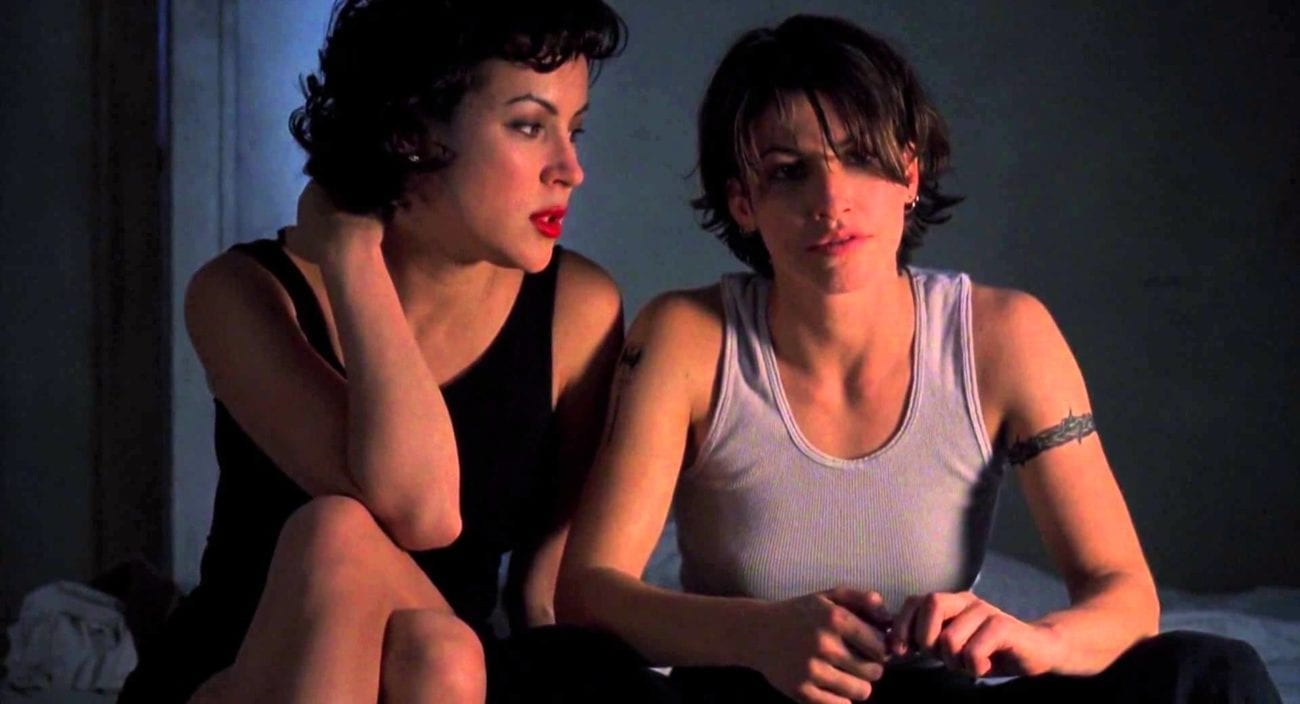 Girls who like girls: Our top sapphic cinema picks

After our disappointment at the lackluster lesbian short Nune, we decided to take a trip back through some of the classic Sapphic cinema and television shows that genuinely did make us laugh and cry for all the right reasons. Consider this your lesbian film bucket list: if you haven’t seen any of them yet, put it in your Netflix queue, stat. 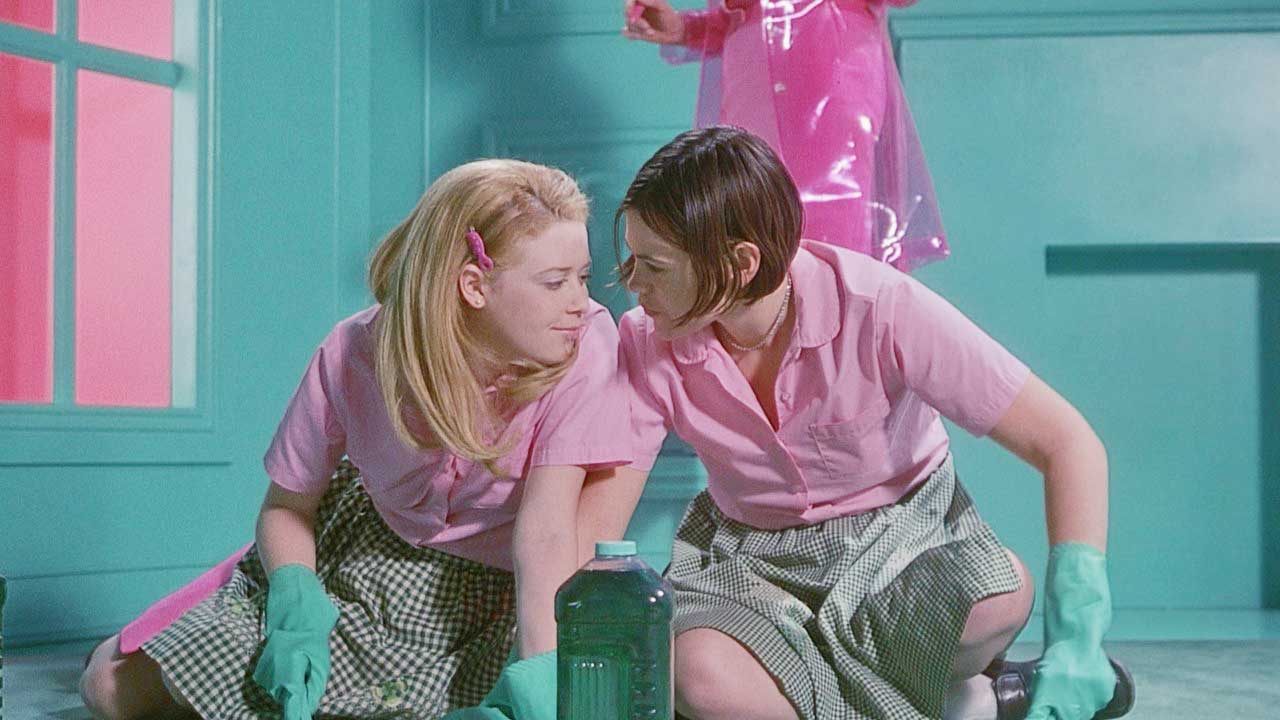 But I’m a Cheerleader

This hilariously John Waters-esque take on sexual conversion therapy has Megan (Natasha Lyonne), the all-American cheerleader-next-door, doing some soul-searching when her parents ship her off after they notice that she (gasp!) listens to Melissa Etheridge and has become a vegetarian. It’s got Ru Paul, y’all – and it doesn’t get campier than that.

Oranges Are Not the Only Fruit

Adapted from the book by Jeanette Winterson, this darkly humorous film follows Jess, a girl adopted by fanatical religious evangelists. Her only dream in life is to become a missionary – that is, until she becomes uncomfortably aware of the “unnatural passions” of her own sexuality that pit her against her adopted as well as her church family.

The steamy sex scenes between Violet (Jennifer Tilly) and Corky (Gina Gershon) might not raise many eyebrows in 2017, but they left viewers in the 90’s with major girl crushes. The tension between the two, as well as the drama of the overall plot – will they escape with the money or won’t they? – kept us hot and on the edge of our seats.

College-educated, straight-laced Piper (Taylor Schilling) has a wild, international fling with Alex (Laura Prepon), a drug-peddling lesbian gangster. Piper’s good times come back to bite her years later as she’s happily engaged (to a guy) and ready to settle down. This only begins to scrape the surface of a lovely dark comedy that delves into the complicated lives and loves of each of the inmates of Litchfield Penitentiary. 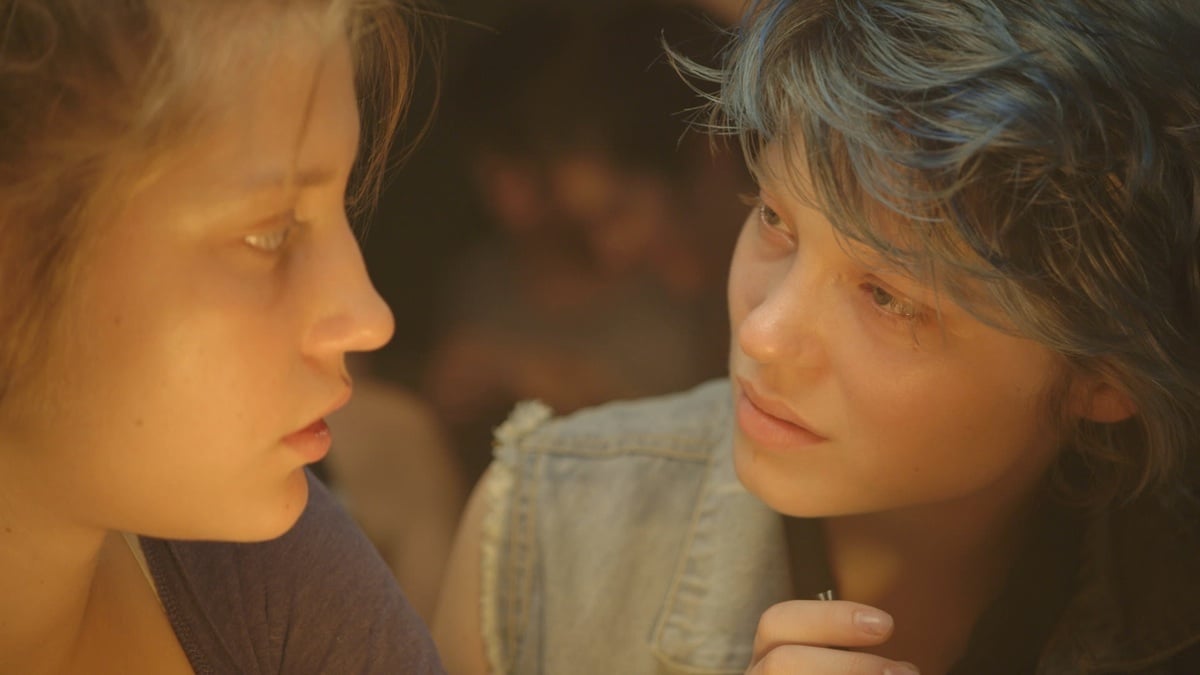 This film scored big at the Cannes film festival even as it was drawing controversy for its explicit seven-minute-long sex scene between Adéle (Adéle Exarchopoulos) and blue-haired Emma (Léa Seydoux). In a review of the film, critic Anthony Lane wrote that the scene was “a fusillade of cries and clutches, grabs and slaps—a pitch of pleasure so entwined with desperation that we find ourselves not in the realm of the pornographic but on the brink of romantic agony.” In an industry where such scenes between heterosexual actors pass with barely a blink, why should they still raise eyebrows in an LGBT film?

Straight girl Jessica (Jennifer Westfeldt) gets fed up dating losers, deciding to toss caution to the wind and answer a personals ad placed by bisexual Helen (Heather Juergensen). “Kissing Jessica Stein” is a comedy about sexual exploration and finding one’s best self – wherever that journey may lead.

When aspiring photographer and shopgirl Therese (Rooney Mara) meets the sophisticated-yet-deeply-unhappy Carol (Cate Blanchett), sparks ignite and smolder. The resulting attraction and sexual tension during the ensuing glances and meaningful touches left theater audiences holding their breaths – and then the dramatic plot left them holding it some more. You won’t exhale until the closing credits.

“Mrs. Dalloway said she would buy the flowers herself.” – Virginia Woolf

The Hours does an expert job at intertwining the lives of three women who are separate, yet connected. We see 1950’s housewife Laura Brown (Julianne Moore), who feels trapped in her own life as she reads Mrs. Dalloway. We also move back in time to see literary icon Virginia Woolf (Nicole Kidman) deep in the throes of mental illness as she works to write the novel. Jump forward to a modern-day Mrs. Dalloway – Clarissa (Meryl Streep) – who is planning a party for her former lover, Richard, a poet suffering in the late stages of AIDS. The queer themes in this film are a bit more subtle than some of the others on our list, but it’s powerful nonetheless.

Sue Trinder (Sally Hawkins) is a thief with plans to swindle money out of wealthy Maud Lilly (Elaine Cassidy). The end game is to have Sue’s partner-in-crime marry Maud, but the plan unravels when Sue unwittingly falls in love with Maud (big oops). 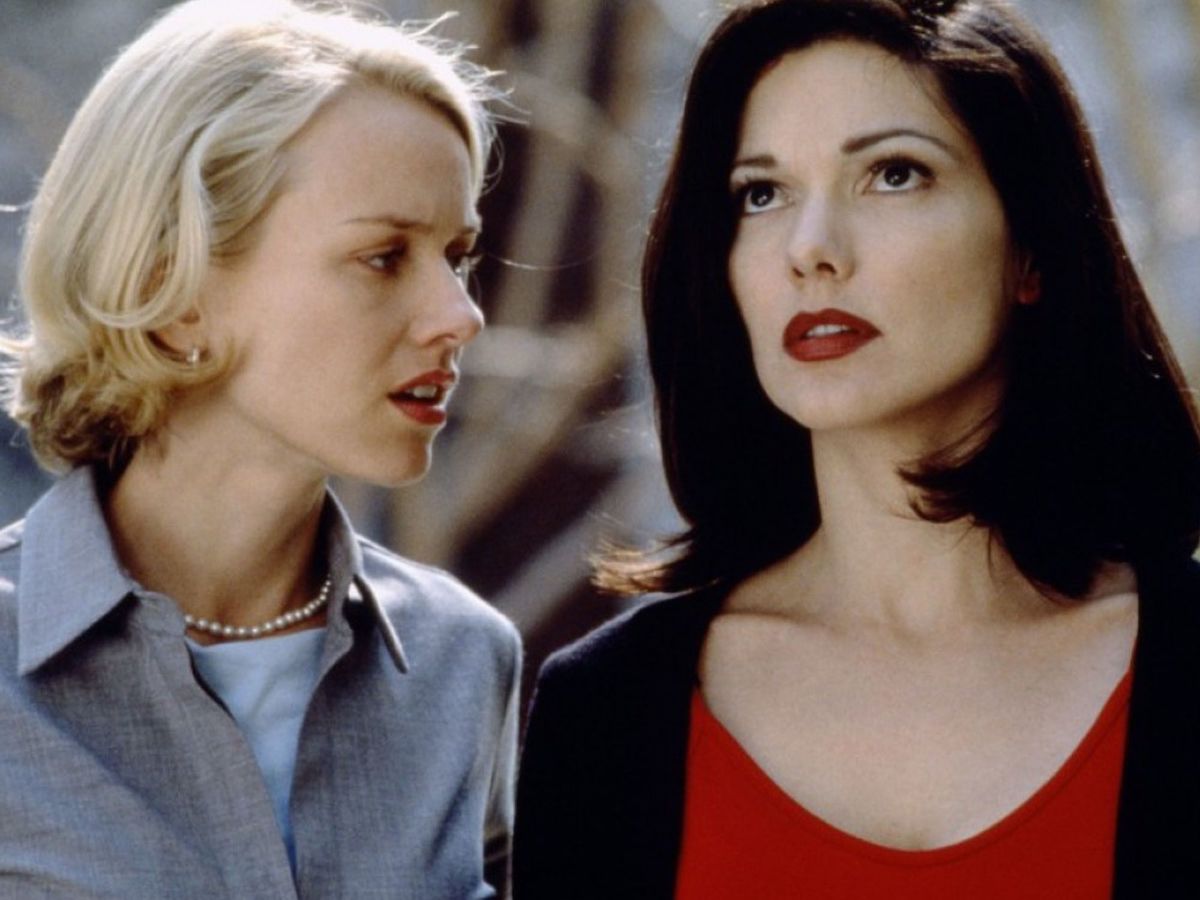 This mystery-drama pairs Betty (Naomi Watts) with Rita (Laura Harring), a woman who lost her memory after being in a car crash on Mulholland Drive. As the two search for Rita’s real identity – she only chose the name Rita after seeing a picture of Rita Hayworth – they become . . . extremely close.

Paris Was a Woman

Gertrude Stein, Djuna Barnes, and Collete – the scene in Left Bank Paris between World Wars I and II featured an array of artists who were female and quite openly gay. This documentary by Greta Schiller looks at the lives and loves of these women, as well as their friendships with the male artists such as Picasso and James Joyce who ran in the same circles.

If lesbian dramas were still incredibly cutting-edge in 2001, then a film about African American lesbians behind bars was even more so. Producer Michael Stipe of R.E.M. backed the project and director Cheryl Dune worked personally with female inmates to get a script that was honest and accurate. The film centers around Treasure (Yolonda Ross), who reunites with her mother (Davenia McFadden) inside the harsh reality of a maximum security prison.

The Kids Are Alright

The ultimate film about nontraditional families, The Kids Are Alright tells the story of Jules (Julianne Moore) and Nic (Annette Benning), a couple who are doing alright – ok, not really – until their kids identify and locate their sperm donor father, Paul (Mark Ruffalo) and bring him into the mix. Hilarity and an unexpected love triangle ensue.

The Nevada desert may seem like an unlikely setting for a 1980s lesbian film, but that’s exactly where Professor Vivian Bell (Helen Shaver) finds herself – unhappy in her marriage and ready for a divorce. Thankfully for all of us, she decides to stay at a ranch and falls head over high heels in love with Cay Rivers (Patricia Charbonneau), the gorgeous and gay daughter of the ranch owner.