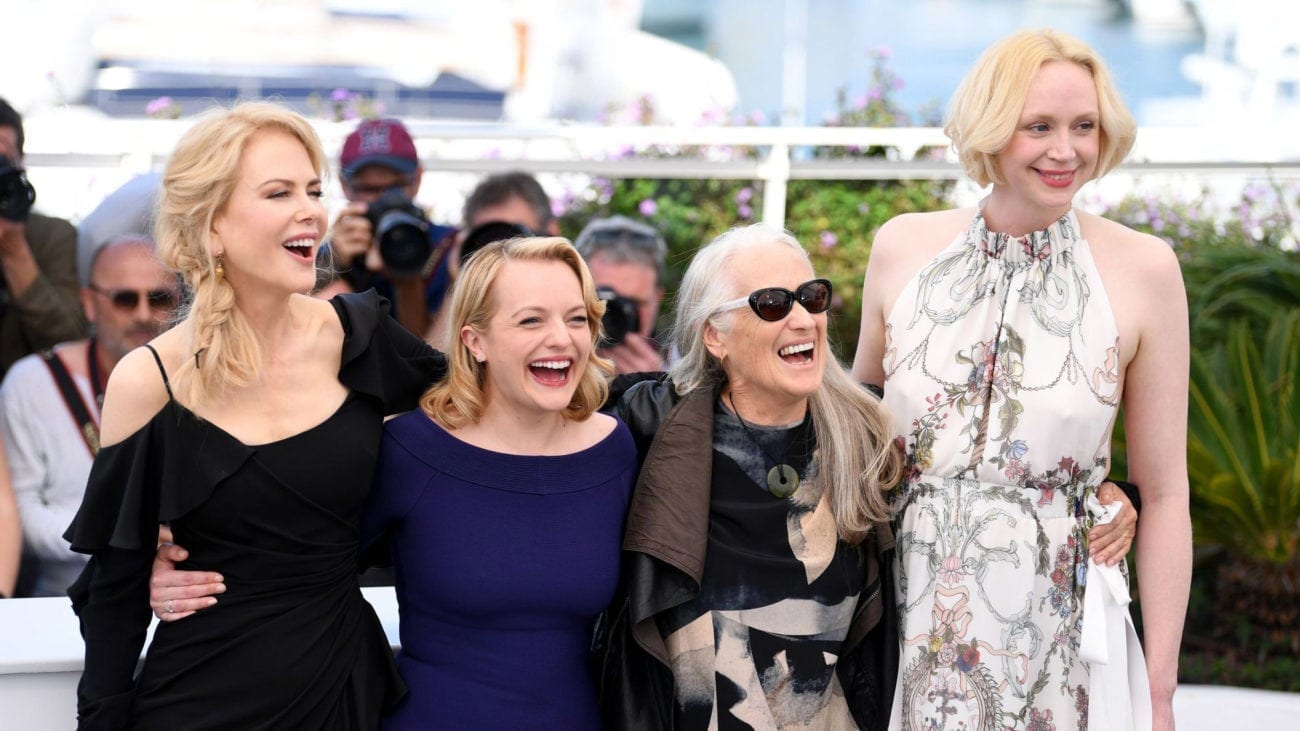 Celebrating 71 years of female winners at the Cannes Film Festival

Just a few weeks ago, 82 women made history at the Cannes Film Festival by protesting gender inequality and the lack of female representation in the industry. Why 82? Because in 71 years, out of 82 women and over more than one thousand men who’ve had their feature films competing for a Palme d’Or at the festival, only one woman – Jane Campion – has won the prestigious top prize for The Piano in 1993.

While things have improved over the last decade, with one or more women directors represented at each selection and a “record” number of four in 2011, the festival still needs to do better as it only accepted three women (Alice Rohrwacher with Happy as Lazzaro, Eva Husson with Girls of the Sun, and Nadine Labaki with Capernaum) against eighteen men this year.

When it comes to Cannes, that films are (and must be) selected for their artistic merit and cinematic quality and not to reach a certain quota, one must wonder why these numbers are so low – because surely there are more than a few Cannes-worthy movies directed by women out there.

The event in question, where promises were made, pledges were signed, and the festival board committed to make a difference in the future, felt like a small victory for women in film by renewing a feeling of hope and blowing a breath of fresh air into a movement spreading throughout the industry worldwide.

As we wait patiently for these exciting changes to happen, let’s take a look at a few female directors who made it to Cannes and whose inspired films embodied the film festival’s spirit.

Dame Elizabeth Jane Campion is a woman who needs no introduction with a career spanning over four decades. She was the second (of five) women nominated for the Academy Award for Best Director and the only female recipient of a Palme d’Or for directing the acclaimed film The Piano in 1993.

Jane’s history with Cannes goes back to 1986 when she won her first Palme d’Or Best Short Film for her short An Exercise in Discipline: Peel. She was then invited three more times to present her films in the Official Selection: in 1989 with her feature debut Sweetie; in 1993 for The Piano (earning her a second prize and becoming the first woman to win the main trophy); and in 2009 for Bright Star. In 2014 – a year after she presided the jury for the Cinéfondation and Short Film sections – she came back to be the head of the jury for the Official Selection. The New Zealand born director / screenwriter / producer is not only a legend of cinema, but is also the creator of TV projects such as the award-winning Top of the Lake.

Best known for being a prominent figure of the 60s French New Wave, the Belgium born Varda is still on top of her game and more relevant than ever with her audacious recent work, such as last year’s Oscar-nominated documentary and Cannes Golden Eye winner Faces Places.

The veteran filmmaker and artist, whose often experimental or unconventional work commenting on social issues come across as très Cannes, has had no less than thirteen films presented in the various sections of the festival since 1958. She was also a key participant at the symbolic protest that took place at this year’s Cannes, acting as the French-speaking leader and spokesperson on the red carpet.

Kawase is one of the finest contemporary foreign auteurs, always delivering carefully crafted films that captivate audiences like modern tales with subtle artistic sensibility, tender cinematography, and poetic vibes. The stories she paints, although quite intimate or portraying a very singular facet of Japan and its culture, achieve universality in their appeal to our humanity through genuine emotions and contemplative realism.

After directing a few documentaries, she had her first feature Suzaku selected to compete at the 1997 Director’s Fortnight at Cannes where she became the first Japanese and youngest winner of the Golden Camera. She then came back another nine times: with Shara in 2003; with Grand Prix winner The Mourning Forest in 2007; with Hanezu in 2011; as a jury member of the Official Selection in 2013; with Still the Water in 2014; with Sweet Bean in 2015; as a president of the jury of the Cinéfondation and Short Films in 2016; with Radiance in 2017; and she is back this year with Vision. Phew!

Andrea Arnold is no stranger to winning, with sixty honors and countless nominations from film festivals around the world. She won an Academy Award for her short film Wasp in 2005 and from there she went on to win  — among other things — a couple of BAFTA awards and three Jury Prize awards at Cannes Film Festival for Red Road, Fish Tank, and American Honey respectively in 2006, 2009, and 2016.

The British director, whose honest and engaging portrayals of disenfranchised became masterpieces of social realism, excels in finding beauty in the brutality of reality, as illustrated in films such as American Honey and Fish Tank. The filmmaker recently took on successful TV projects, directing episodes of I Love Dick and Transparent, and took over Jean-Marc Vallée’s role in helming the highly anticipated season two of Big Little Lies with Meryl Streep.

Despite having only two selections under her belt, Maïwenn – who has been in the French film industry since childhood and directed some promising titles – is one of the rare female directors to have won the Jury Prize at the Cannes Film Festival for her very modern and gripping social drama Polisse.

She has established herself as a unique voice with her no holds barred attitude, a feeling emanating from her projects that are often sensational works, making for tense and consuming experiences with powerful acting. This is notably seen in her 2015 Cannes Palme d’Or nominee My King.

One of the most famous and prolific (female) directors of her generation with a very recognizable brand of arthouse / high-art films, Coppola has created a stream of cult films such as the Cannes selected The Virgin Suicides and Marie Antoinette and the critically-acclaimed Lost in Translation, for which she was the third woman to be nominated for an Academy Award for Best Director.

Sofia’s latest, The Beguiled, was also part of the Official Selection at Cannes last year, where she became the second woman to win the Best Director award. This remake of a classic – with a fresh twist and a poetic visual – reaffirmed her status as a one-of-a-kind filmmaker whose projects manage to appeal equally to viewers with more conventional taste as to those with a preference for bold and fashionable movies such as The Bling Ring.

Rohrwacher’s feature debut Heavenly Body premiered at the Directors’ Fortnight of the 2011 Cannes Film Festival, while her second film The Wonders went on to win the Camera d’Or in 2014. More recently, her third movie Happy as Lazzaro was one of the films in competition for the Palme d’Or this year. Her touching, delicate, and beautifully shot films often focus on childhood memories and coming-of-age with a sincere and balanced narrative, making for a unique & nostalgic cinematic experience.

Last year, this Scottish writer / producer / director of the Joaquin Phoenix-starring You Were Never Really Here joined the small club of non-male winners of the Official Selection at Cannes and Ramsay became the only woman in the festival’s 70 year history to be awarded the Best Screenplay prize as a solo writer for the film.

Ramsay’s career in cinema and her story with the French event started with a bang and in 1996, she won the Jury Prize for her graduation short Small Deaths and won another Jury Prize a couple of years later for her short Gasman. She was then invited by the festival to premiere her feature debut Ratcatcher in its 1999 Un Certain Regard section and to be a member of the 2013 Official Selection.

The director – whose last feature Capernaum was one of the three female helmed films in the Official Selection this year – has been a regular on the Croisette since 2005. Having successfully directed a series advertising and music videos in Lebanon, she became a filmmaker in residence at the festival where she wrote her feature debut Caramel, which went on to be a critical and commercial success worldwide after premiering at the 2007 edition of the Directors’ Fortnight at Cannes.

Her second film Where Do We Go Now? also premiered at the festival as part of the Un Certain Regard section where it won a couple of prizes, and although censored to some degree in some countries, the movie proved to be a box office hit and became the Lebanese entry for the 2012 Academy Awards’ Best Foreign Language category. 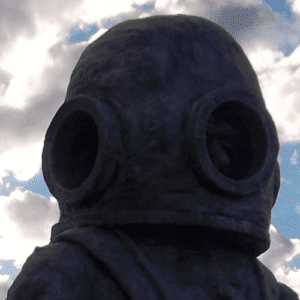 Citizen of the World, Hanna spent the last 10 years studying and working in 7 cities around the globe. Watch 300+ Films &TV Shows yearly that she ranks and reviews on her blog What2watch2night. Likes finding inspiration getting trapped in the Wikihole and taking pictures of the odds & unusuals.