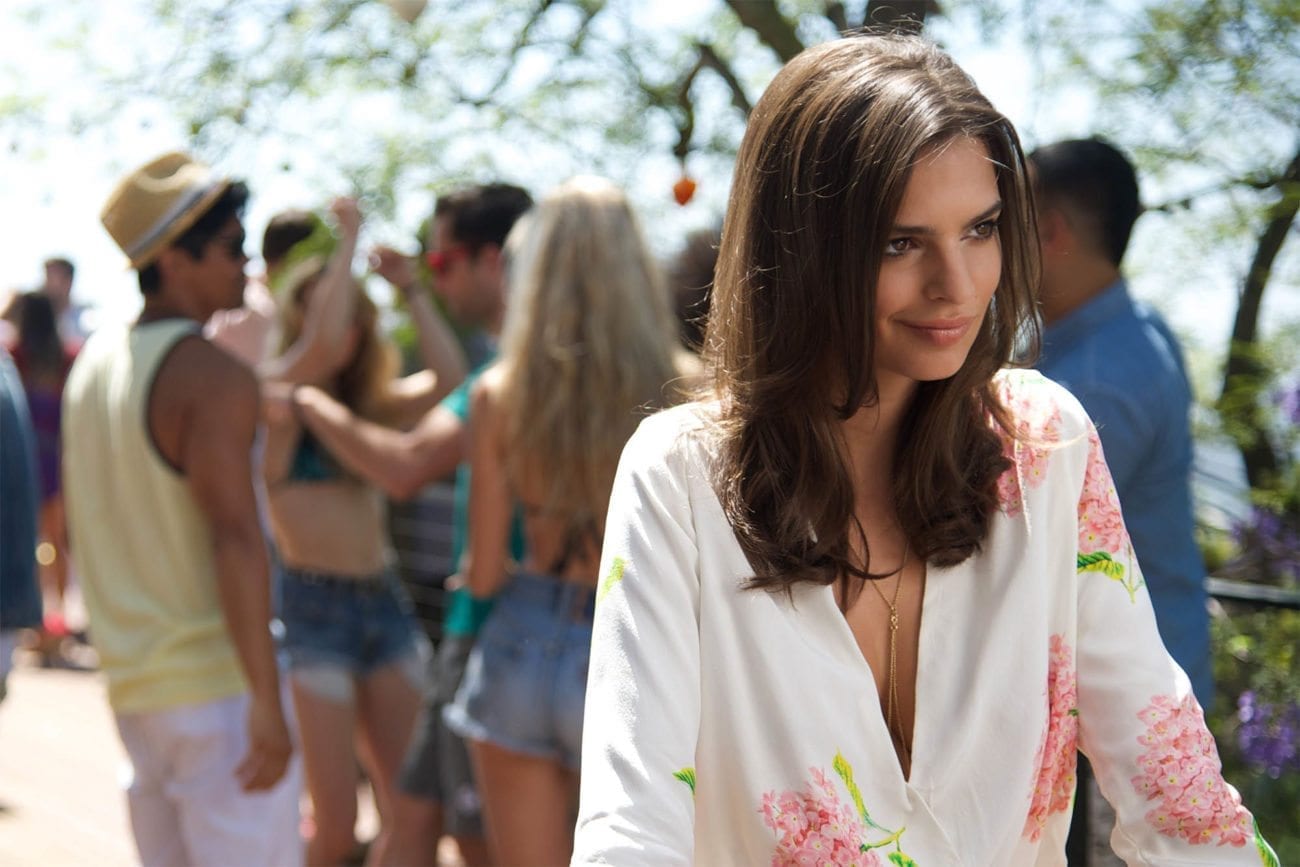 Despite throwing out some of the most aggressively dull performances of recent times, for some reason model-turned-actor Emily Ratajkowski bagged herself a role in Anthony Byrne’s thriller In Darkness.

Starring as the daughter of an alleged war criminal who dies under suspect circumstances, she joined Natalie Dormer (Game of Thrones) playing a blind musician who hears a murder committed in the apartment upstairs, sending her down a dark path into London’s gritty criminal underworld. 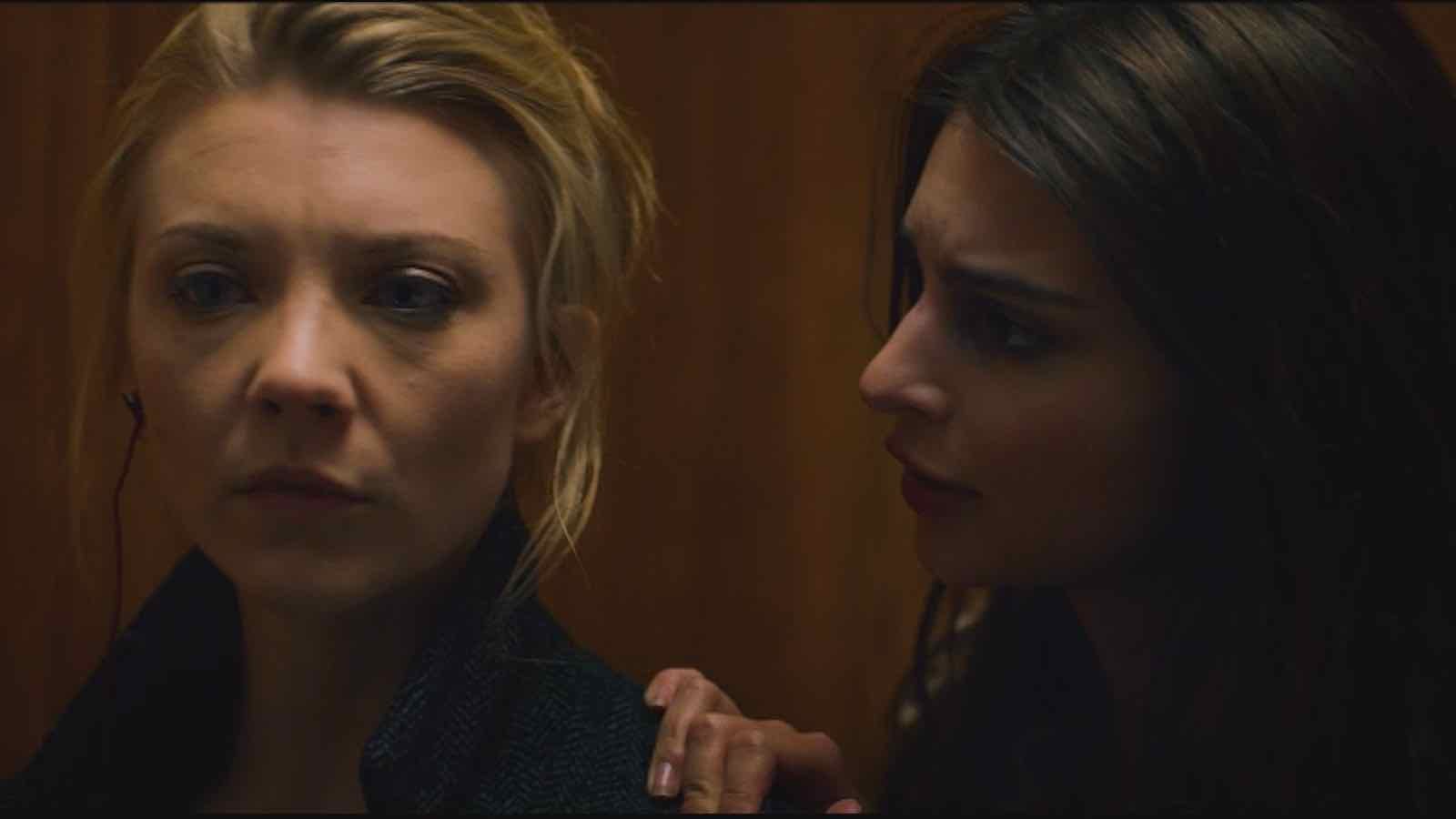 In Darkness attempted to be gripping, exciting, and authentic – everything Emily’s acting is not. Emily once again skipped the acting bit and let her cleavage do the talking. Don’t get us wrong – anyone who wishes to flaunt their gorgeous assists is fine by us. But it’d be nice if Ratajkowski had the courtesy to back up those beauties with performances that were anything other than embarrassingly crappy.

Instead of racking your brains trying to come up with an example in which this performer magically becomes not completely unbearable, we’re here to remind you of every role in her acting career thus far and every reason they’re proof she can’t act for Skittles. 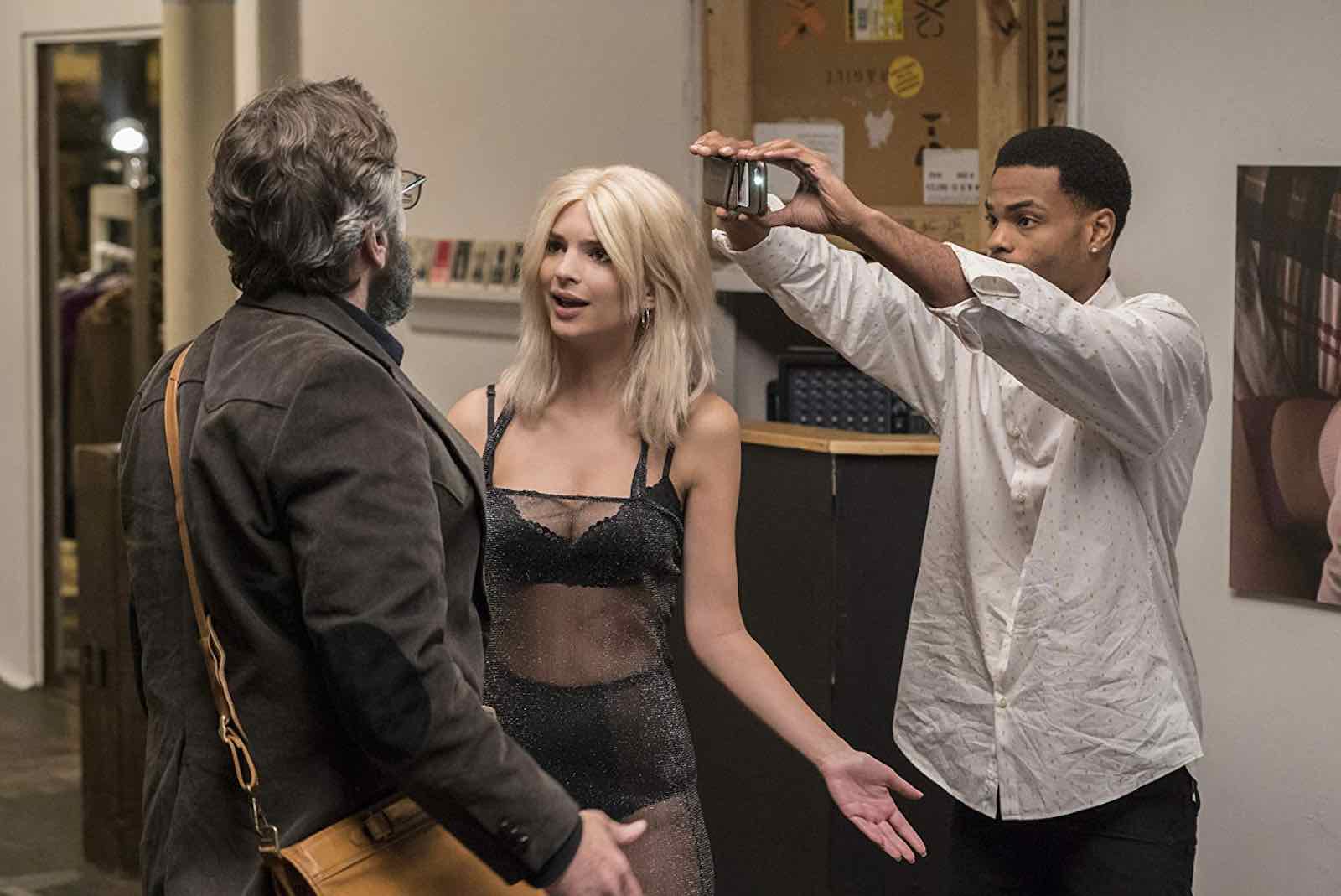 Emily Ratajkowski starred in an episode of Joe Swanberg’s Netflix anthology series Easy, and you would think with an exciting project like that, she’d be promoting that mother like a bitch. Here’s what she had to say: “Everyone should tune in. It’s an anthology series; it’s really cool.” Cool!

The episode in question sees Emily playing a photography student who gives a middle-aged graphic novelist mining his personal life for material a taste of his own medicine. Not her worst performance by any means, but still not showing audiences an ounce of passion (despite literally depicting one of the most passionate things we as humans could possible do). 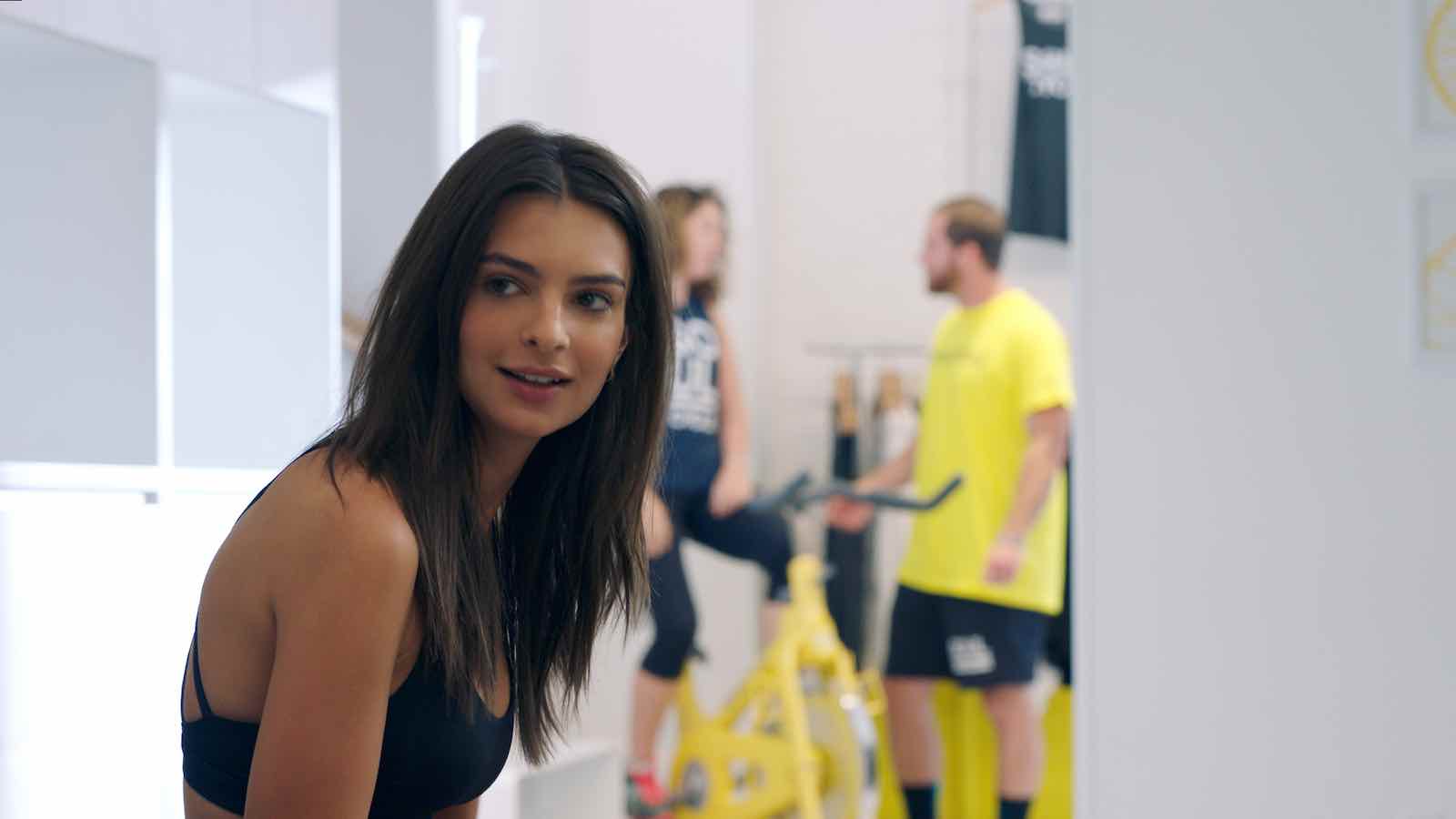 Let’s face it – Emily’s performance isn’t the worst thing about this film. However, that does not mean much when the movie is so monumentally awful.

In another one of Amy Schumer’s misfired messages of female empowerment (Guess what, ladies: all you need to do to feel body-confident is suffer a semi-severe head injury!), Emily’s character is supposed to show us that even gorgeous girls suffer from relationship woes. What a revelation! Her acting is bad but seems somewhat copable next to Amy’s endlessly irritating presence. 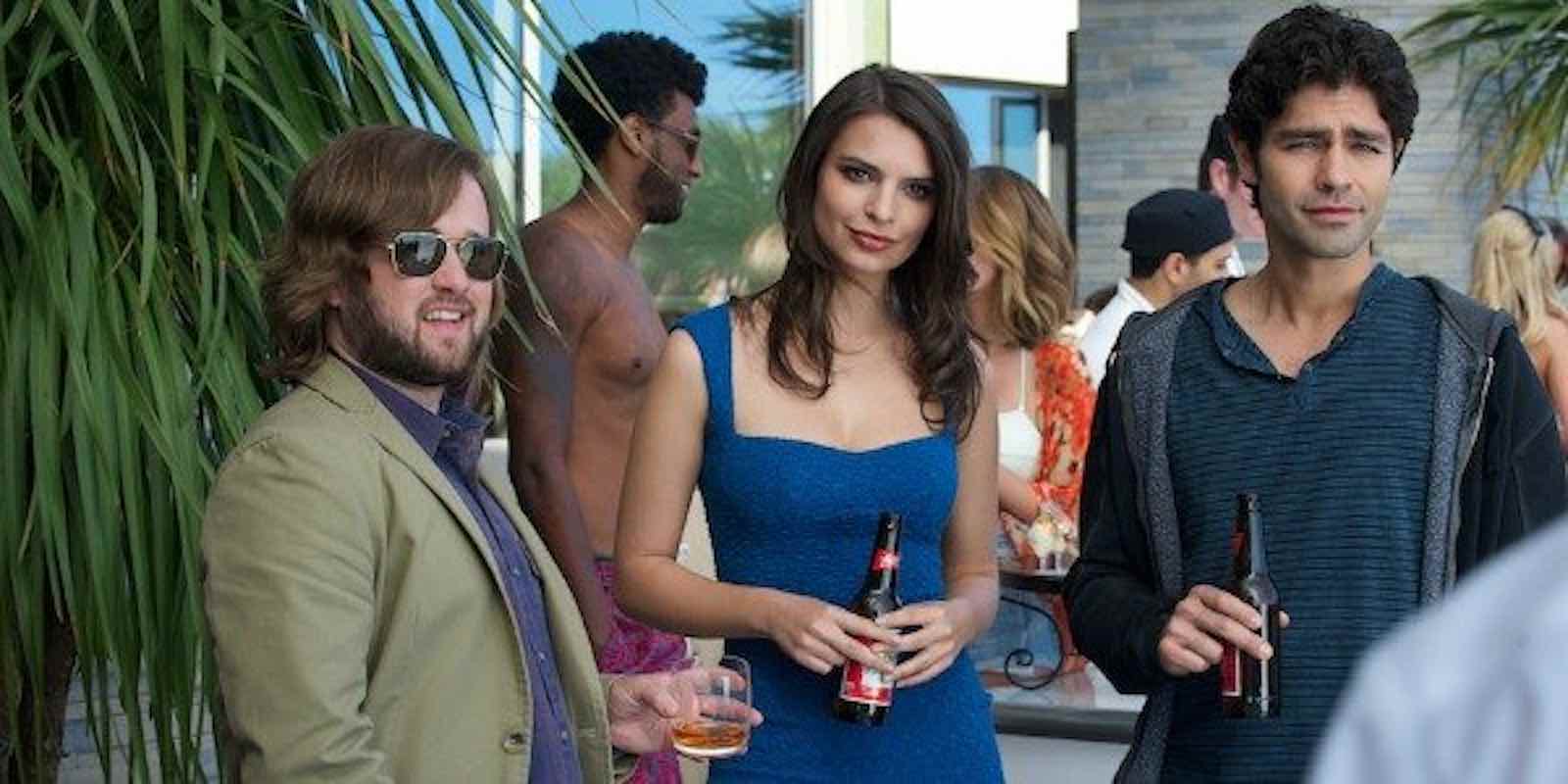 In the feature length movie of the hit HBO, the familiar characters return – Eric (Kevin Connolly), Turtle (Jerry Ferrara), Johnny Drama (Kevin Dillon), and movie star Vince Chase (Adrian Grenier) – along with Emily who has a major role as . . . herself. What’s noteworthy is how absolutely creepy the producer execs act anytime she’s mentioned – lustfully claiming they really “like” her. Ugh. 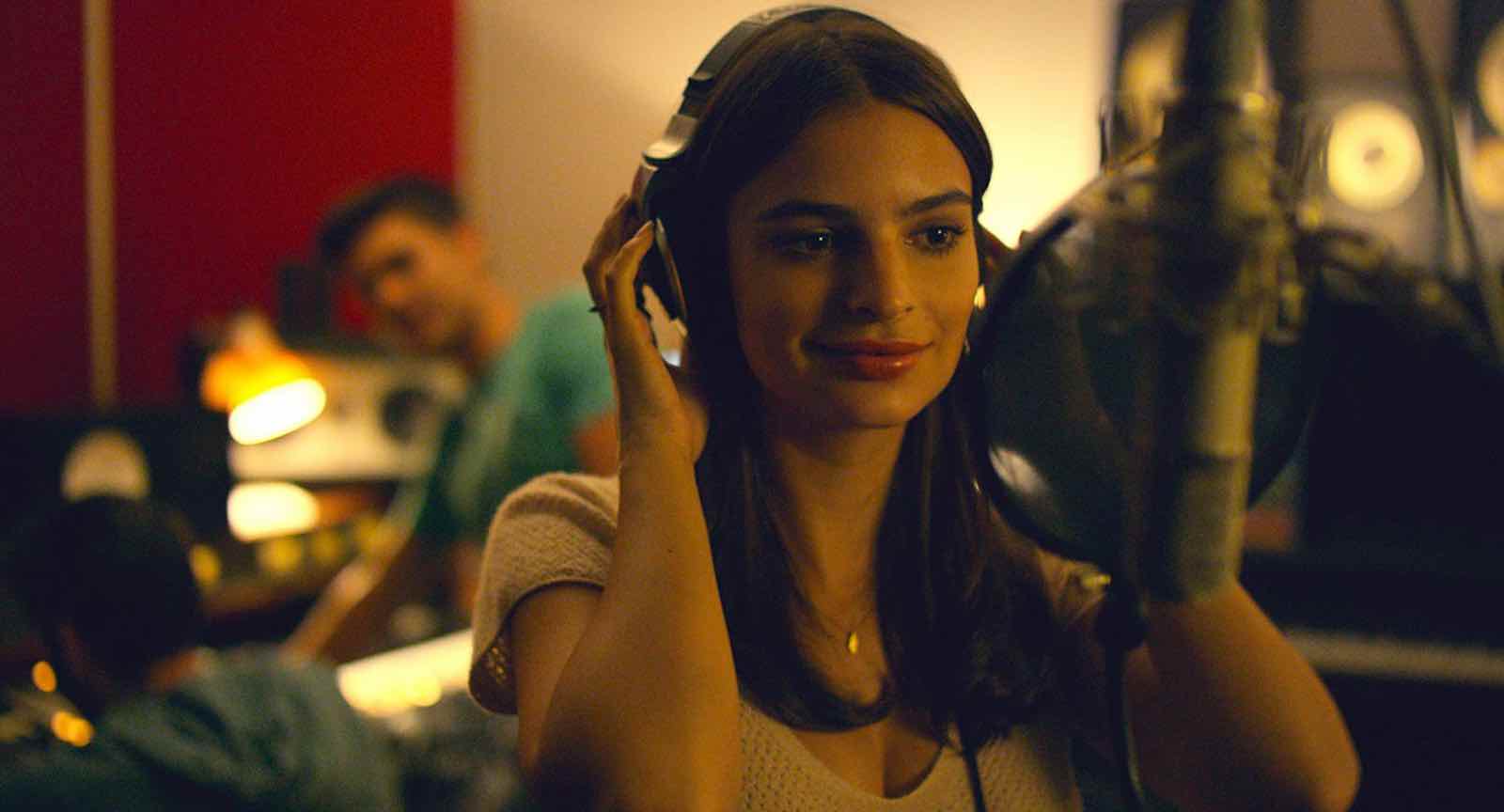 A dull film that somehow manages to make the drug-fuelled world of DJing and electronic music utterly boring. Basically, Emily and co-star Zac Efron (Extremely Wicked, Shockingly Evil and Vile) are two very attractive people who prove they are far better suited to modelling than acting. As Common Sense Media so perfectly put it, “they give empty portrayals as empty characters in an empty film.”

Based on Gillian Flynn’s eponymous novel, David Fincher’s (Zodiac) psychological thriller starring Ben Affleck (The Town) and Rosamund Pike (Jack Reacher) was a mind-bending journey into the marriage of nightmares. In her role as Affleck’s side chick, Emily was only on screen for a matter of minutes, mostly centered around her taking her top off. As said, we’re not about to knock a girl for utilizing her assets.

But at this point, why not even just look into acting classes? Just one? Even just an online evening course? No? Never mind, then.