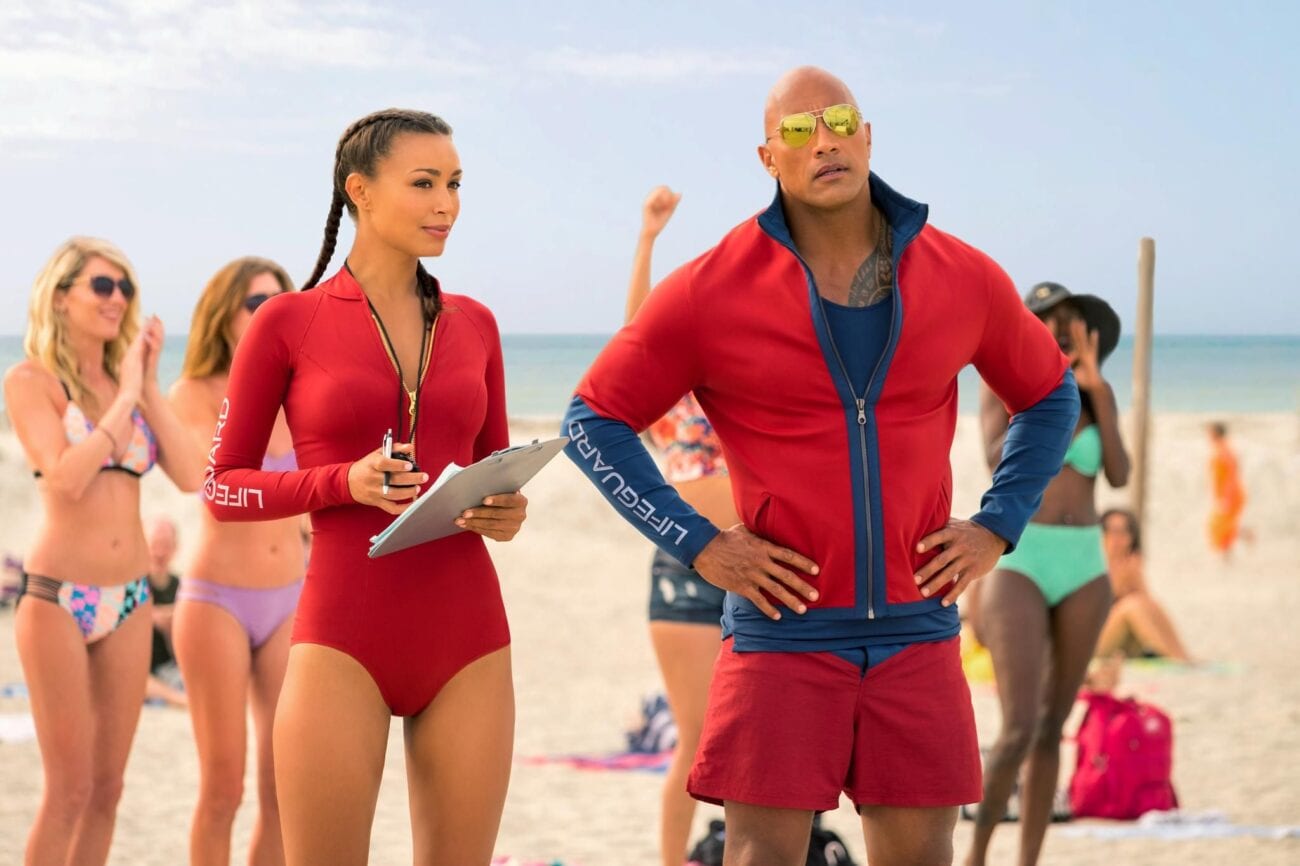 Who hasn’t heard of Dwayne Johnson? Better known as The Rock from his days of professional wrestling, Johnson has been a distinct personality in action movies for years now. Within the action genre, he’s played the rough hero, to the paternal figure, to the charming & suave protagonist.

He’s also done a lot of voiceover work, with the latest announcement being about him lending his voice for DC canine Krypto the Superdog in Warner Bros’ upcoming animated feature DC League of Super-Pets. If you’re looking for some action fix for your next watch, pick from one of these Dwayne Johnson flicks. 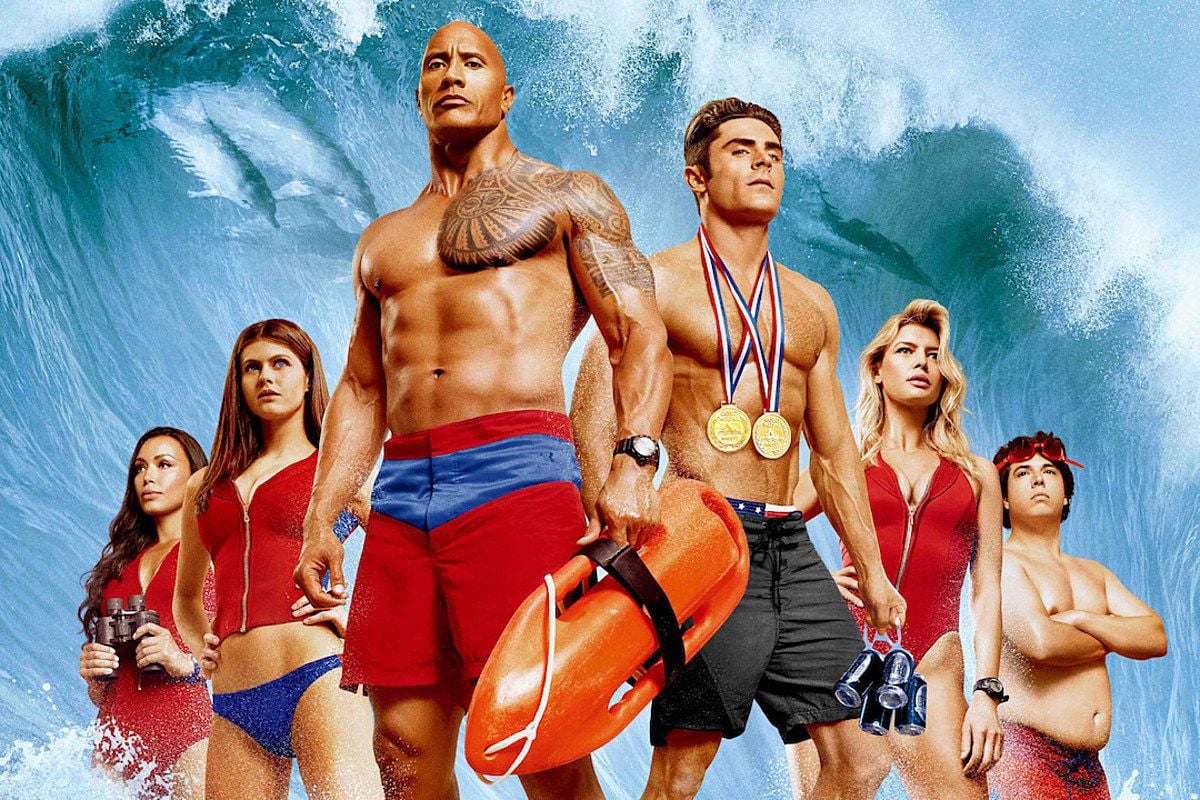 This 2017 action-comedy movie brings some of the most visually pleasing sights to the screen. Also starring  Zac Efron, Jon Bass, Alexandra Daddario, Kelly Rohrbach, and Priyanka Chopra, Baywatch falls in the so-bad-it’s-good category.

Don’t watch it for the plot (it makes no sense) or for the star cast (they’re literally just a star cast, nothing more), watch it for Johnson’s formidable biceps & sense of humor amid a sea of stale jokes & done-to-death cliches. 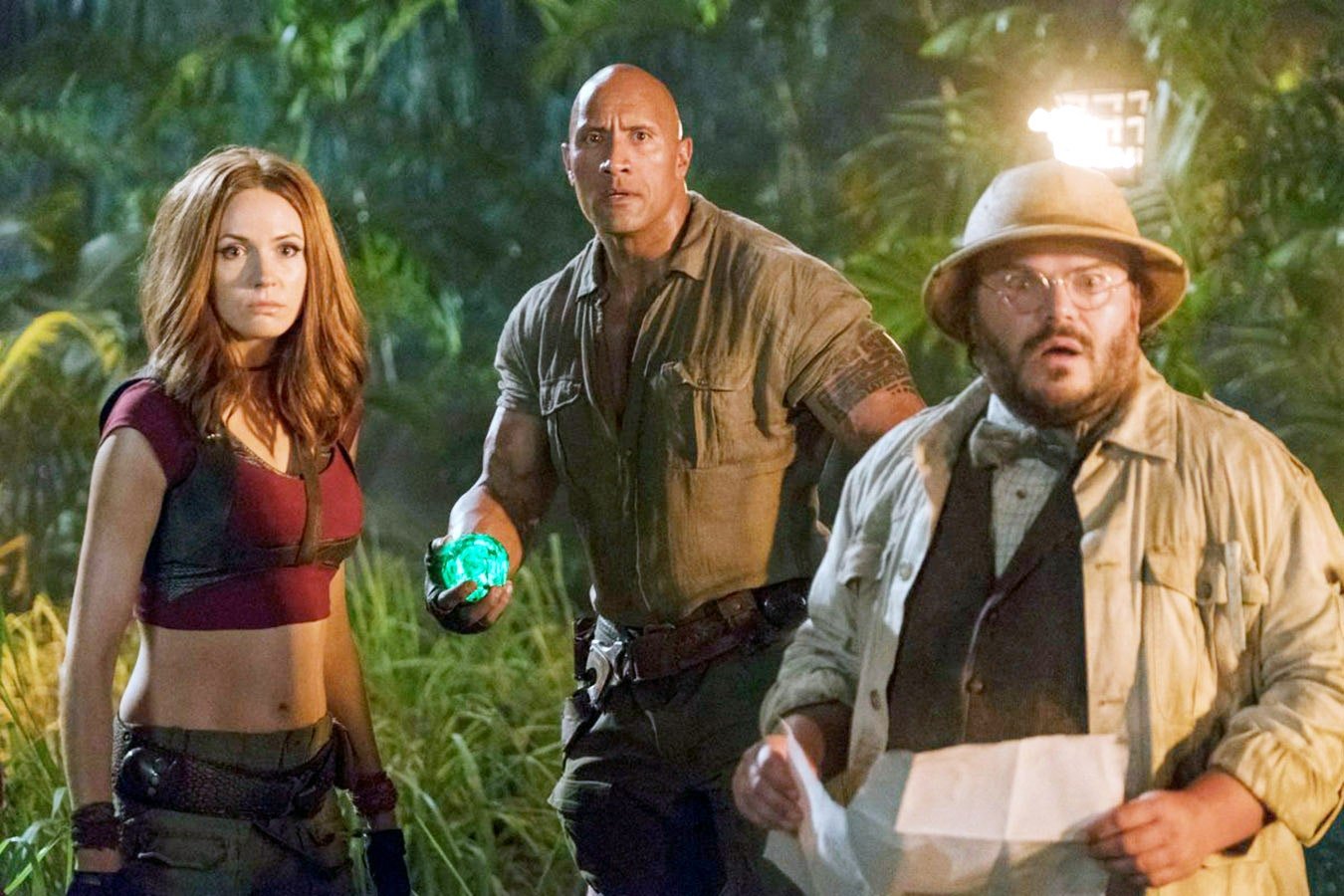 A fantasy action film that also features Jack Black, Kevin Hart, Karen Gillan, Nick Jonas, and Bobby Cannavale, among others, Jumanji: Welcome to the Jungle is very watchable. We’re aware of the Jumanji trap, that is, upon choosing a character in the game to start playing, you get sucked into the actual site of the game.

Following on the heels of the original Jumanji, this movie follows four high schoolers sent down for detention, who discover the video game system in the basement, and — you guessed it — get sucked into the game. The funniest part? They get transformed into the funniest characters you could think of for them.

They pick up another teenager who has been trapped in Jumanji since 1996 along the way. How does the adventure change in 2017? It’s fun, it’s hilarious, and very thoroughly amusing. 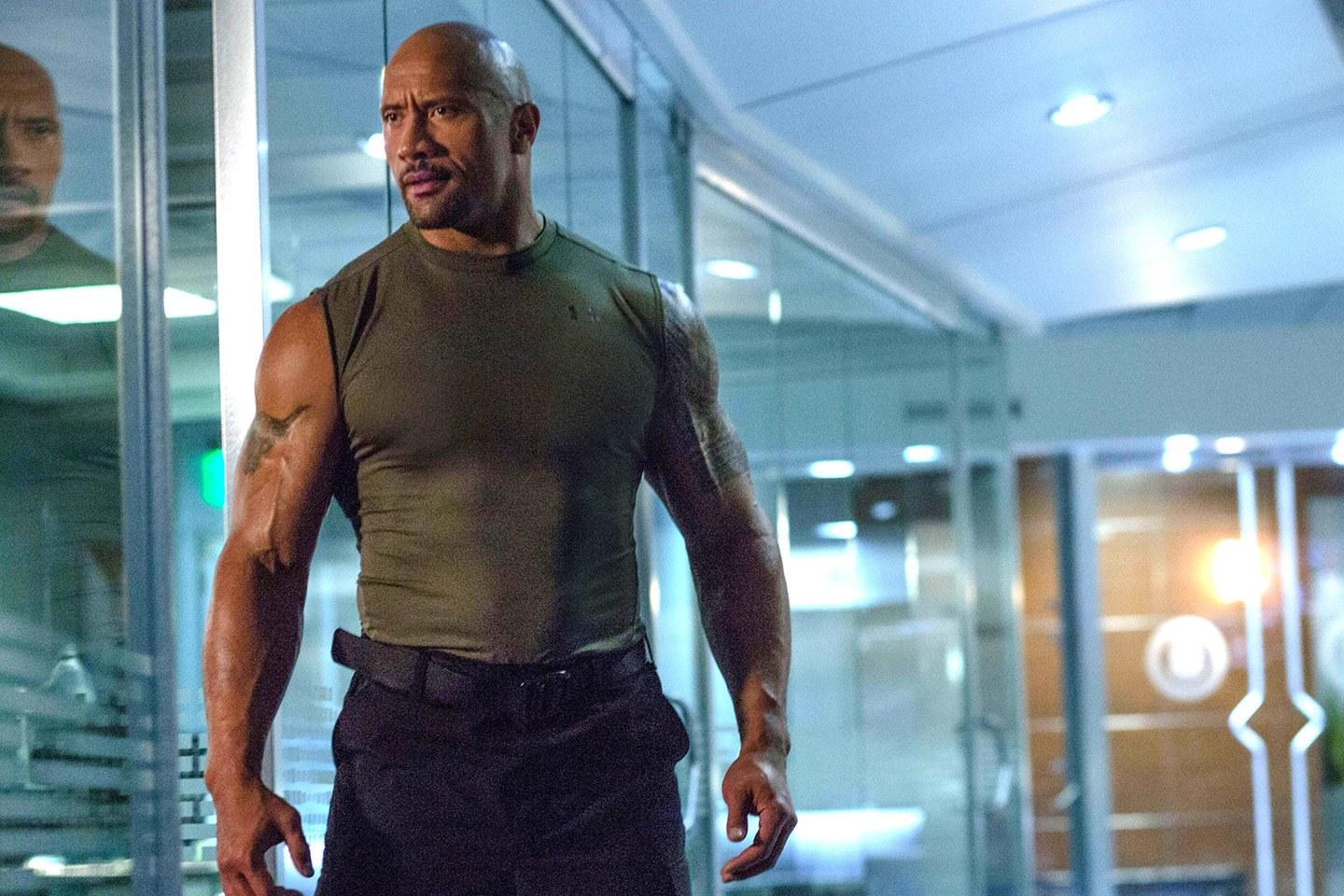 Dwayne Johnson has been a part of the Fast & Furious franchise as Agent Luke Hobbs for a long time, since the fifth movie to be precise. We’re beginning to think that a cocktail of action & comedy is Johnson’s jam. In fact, he & co-star Jason Statham recently headlined their own spinoff, Hobbs & Shaw. Reportedly, he won’t be returning for the ninth movie in the Fast franchise. 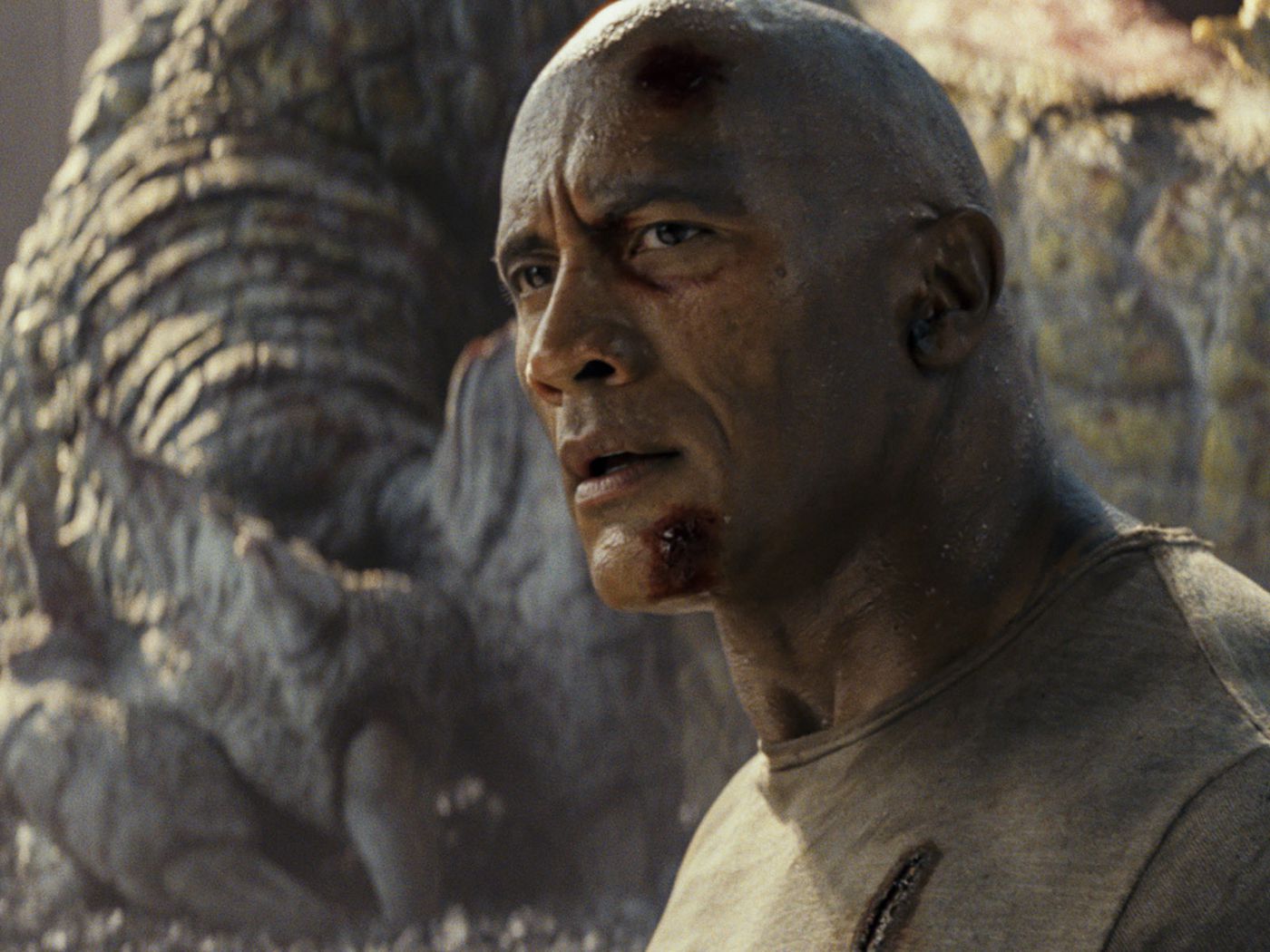 Here’s another example of a movie with a half-hearted script made so much better with the presence of Johnson’s energy & charisma. Johnson plays Davis Okoye, a primatologist & former US Army Special Forces soldier who is friends with George, a gorilla. There’s more: the gorilla has been infected by a toxic serum that gives him super strength & size. So, now, everyone’s after him.

Think shady government officials who are trying to get at George for their own underhand schemes, shady corporates…the usual villains under such circumstances. Along with Naomie Harris & Jeffrey Dean Morgan, Johnson tries to save George from being killed or captured. We forgot to mention: he can communicate with the gorilla through sign language. 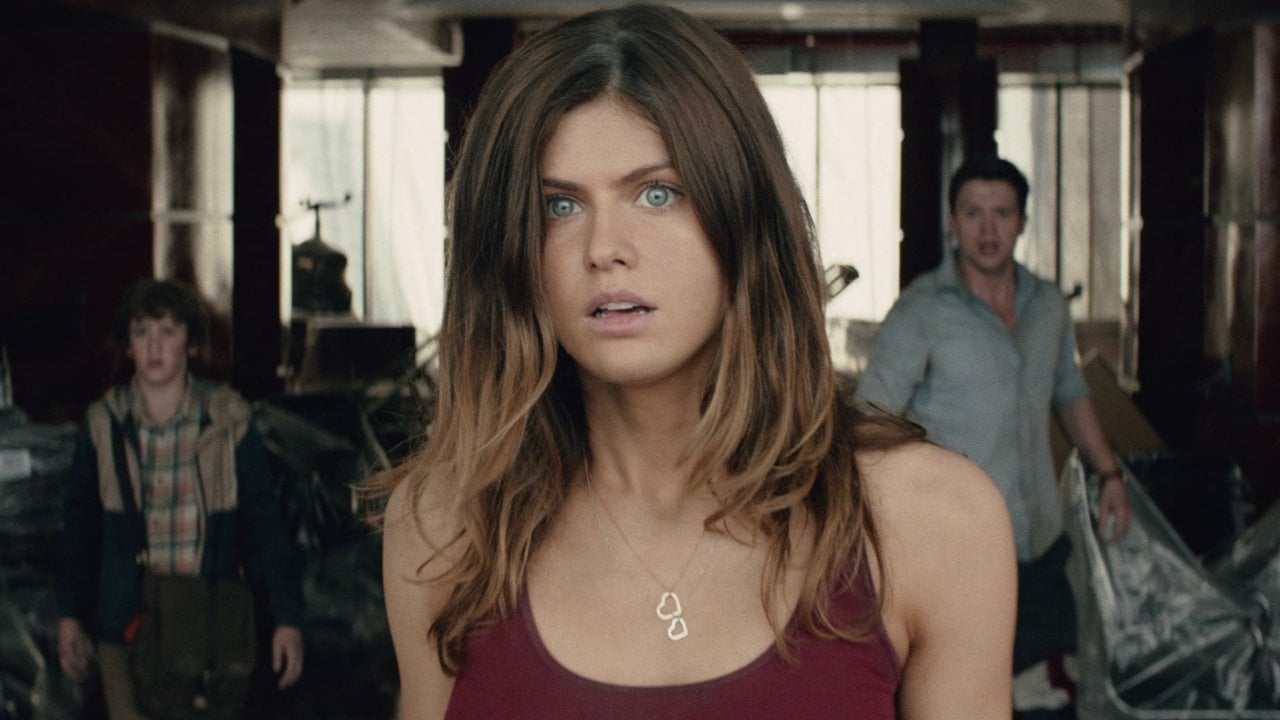 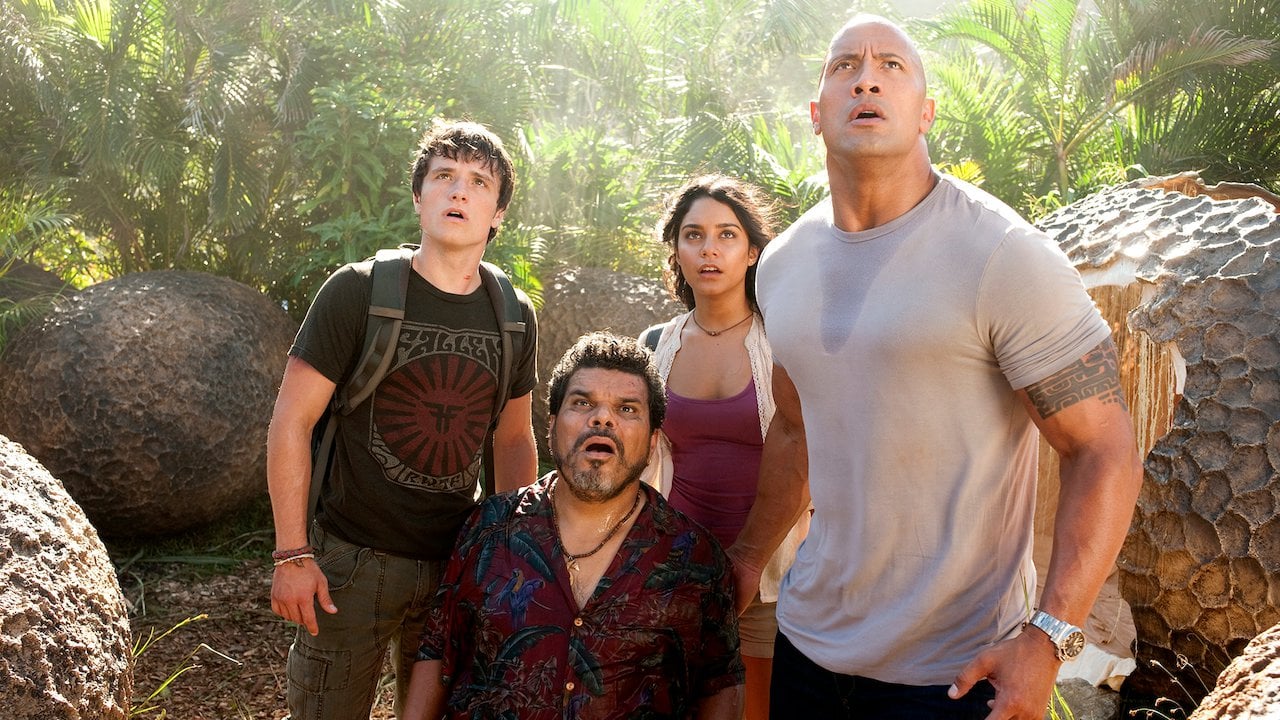 The last place you’d expect to find Dwayne Johnson is probably a very Disney, very teen movie, but he loves to surprise. Even here, he flexes his muscles. In Journey 2: The Mysterious Island, Sean — played by Josh Hutcherson of Hunger Games fame — receives a coded signal from an uncharted island. His suspicion is that his grandfather — none other than Michael Caine — has sent the message.

So he enlists the help of his stepfather Hank & sets out on this journey into a CGI-rich spectacle, where they’re joined by the likes of Vanessa Hudgens & Luis Guzmán.