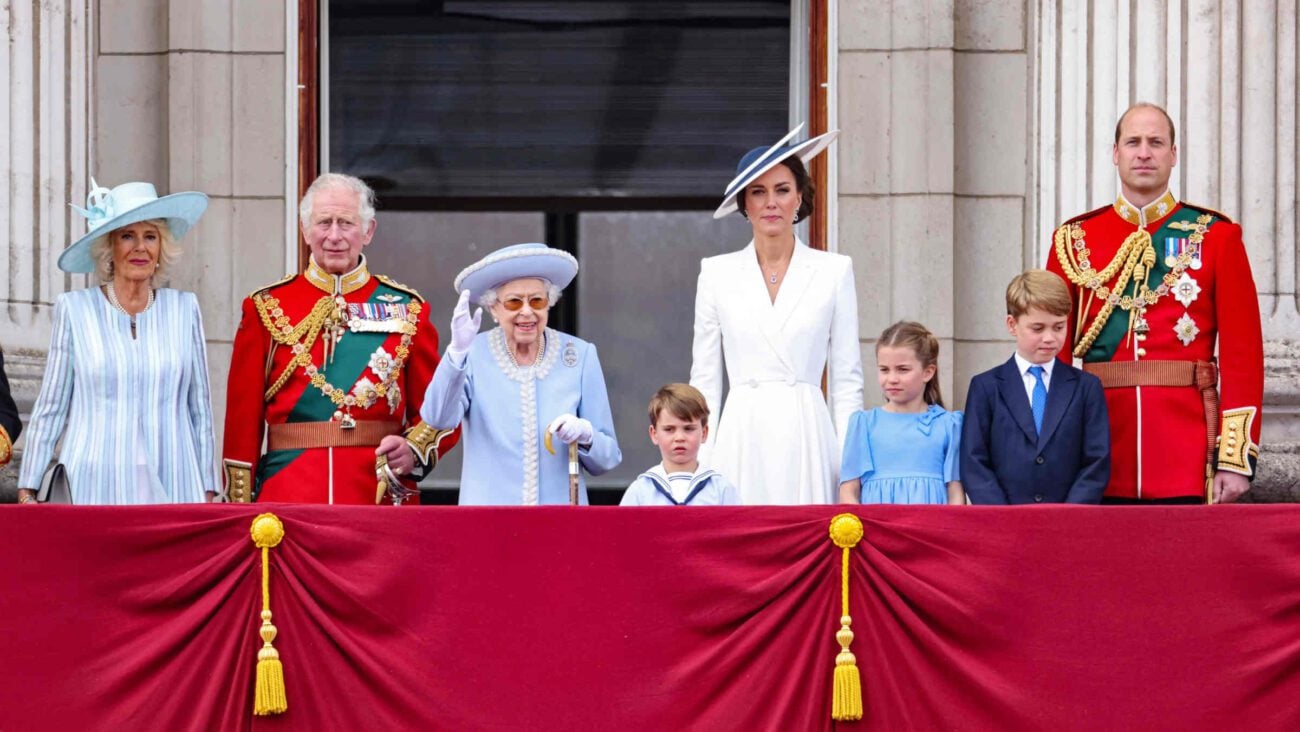 With the recent news of Queen Elizabeth II’s passing, many are wondering what will become of the British Royal Family. With hashtags like #PrinceofPegging trending on Twitter, will they be able to continue on? Or will these recent scandals be their downfall?

As unflattering details come to light, people are increasingly being forced to be more honest about the royals. For example, Princess Kate Middleton allegedly can’t stand her husband, Prince William. Meanwhile, the accusations of Meghan Markle’s bad behavior are being exposed as lies.

The news coverage of the British Royal Family seems to be showing their internal cracks. There’s even backlash against them calling for the abolishment of the monarchy. While they’ve weathered many a storm, it’s looking like their day of reckoning might already be on its way. 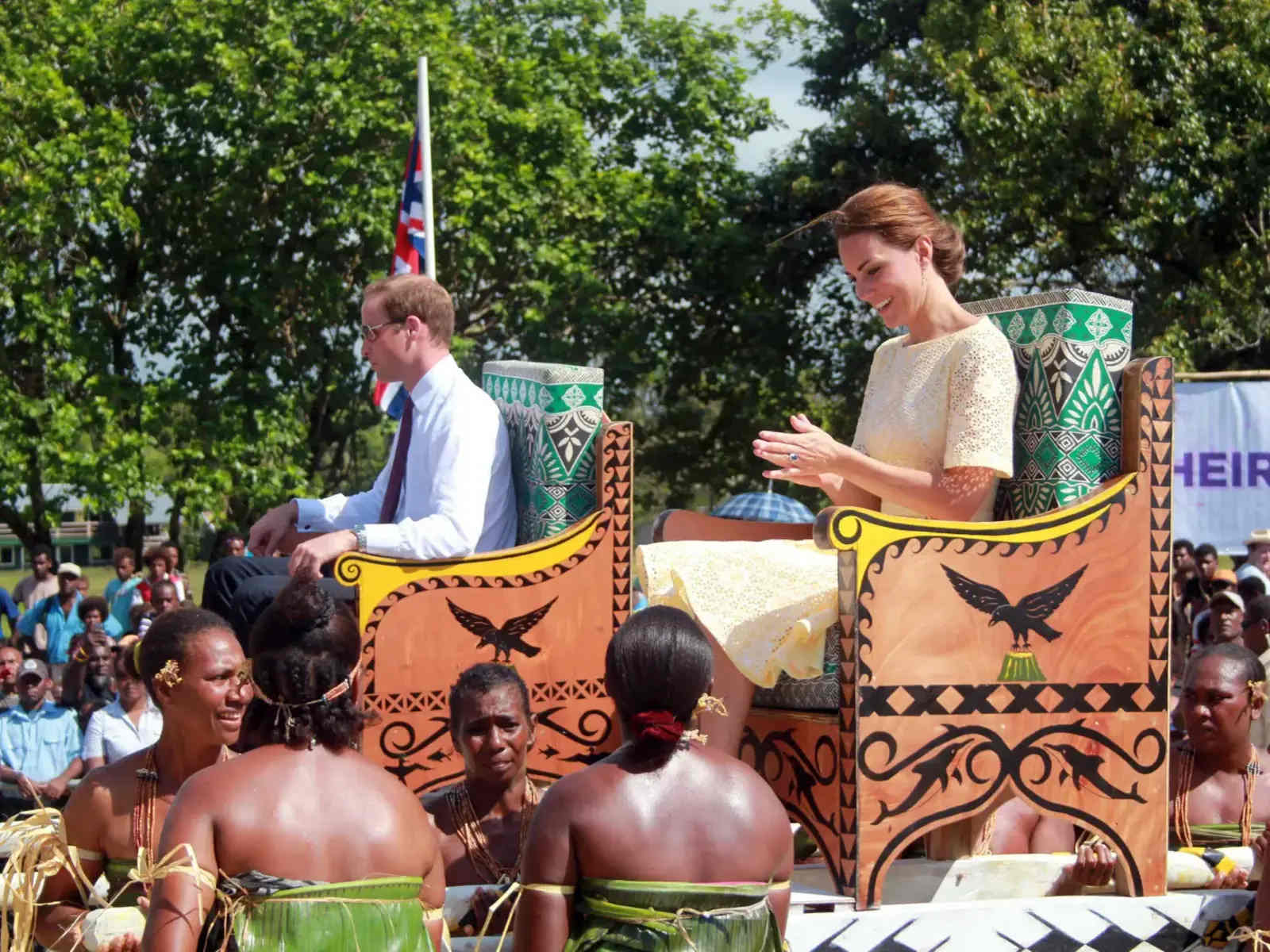 The monarchy has worked hard on presenting itself as a benevolent family of wealth, class, & elegance since the 800s. It’s almost easy to forget they were – and still are – the face of a colonialist state. Even the crown donned by Queen Elizabeth II is a product of stolen jewels from other countries.

However, it’s up to the people to remember their reign of state violence, imperialism, and the pillaging of distant lands. In fact, many nations have Independence Day because they broke out from British rule. News coverage of the British Royal Family often forgets these unsavory details.

Their reign has lasted for centuries. It’s only recently that people all over the world have progressively outspoken against them. As this global backlash heats up in light of Queen Elizabeth II’s passing, no wonder people are wondering if their days of ruling could potentially come to an end. There are definitely many who hope it does. 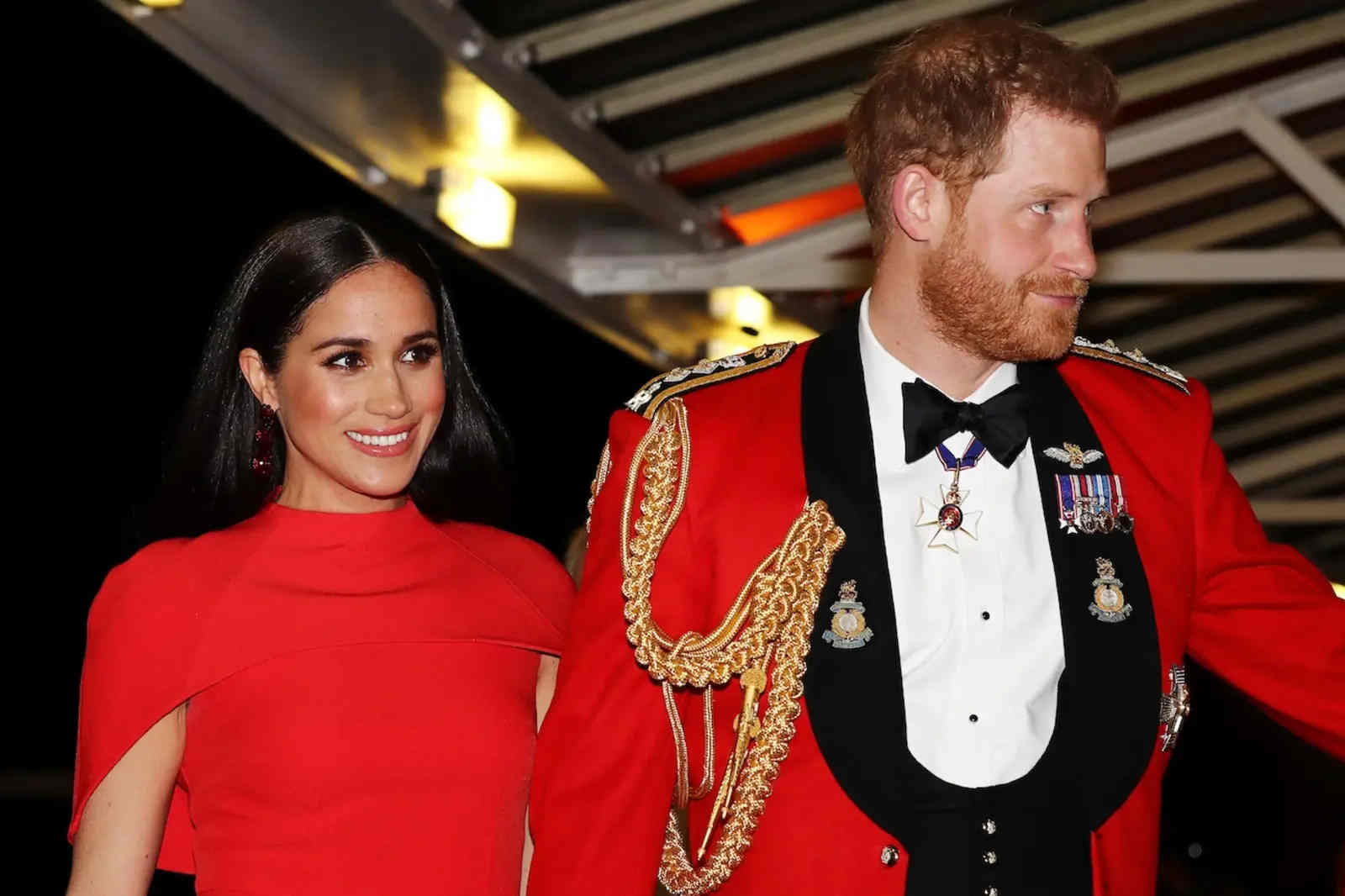 The British news has never been afraid of poking at the British Royal Family. At times, they simply poked fun. At others, though, they viciously tore them down and exposed whatever secrets they seemed to have. Then the universe saw fit to give them a scapegoat.

When Prince Harry started entertaining Meghan Markle, the British press made slight digs at her. They referred to her as “(almost) straight out of Compton,” despite her having grown up in one of the more well-to-do areas of Los Angeles. They were quite rude.

They soon turned treacherous when they realized their beloved prince intended to marry this African American woman. Conveniently, any news coverage of the British Royal Family became focused on Markle. She could do nothing right in their eyes no matter how hard she tried. 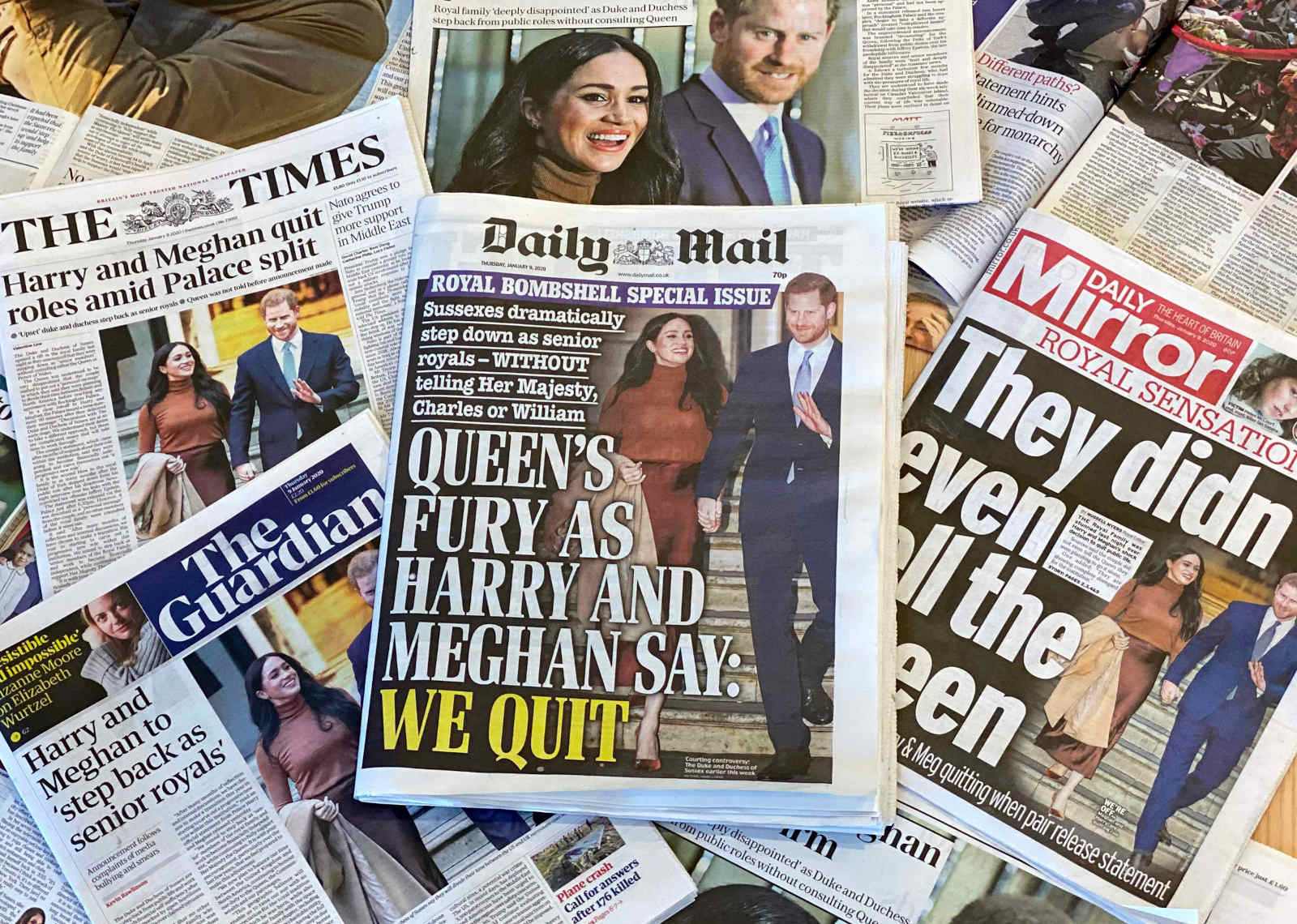 Markle was made out to be everything from Middleton’s bully to Prince Harry’s negative influence. Even her rubbing her belly while pregnant with baby Archie was painted as arrogant & attention-seeking. She suffered and the whole world saw it happening in real-time.

Perhaps this has truly been the impetus for the public backlash against the monarchy. We saw a sweet, simple girl from L.A. wanting nothing more than to be a good person, wife, and mother. Instead, the news caricatured her as an invader of the British Royal Family.

Eventually, she & Prince Harry decided to walk away, going so far as to leave Britain altogether. The royals could no longer hide behind her to protect themselves. With Queen Elizabeth II dead, it looks like there’s no one left to hide behind . . . at least on social media. 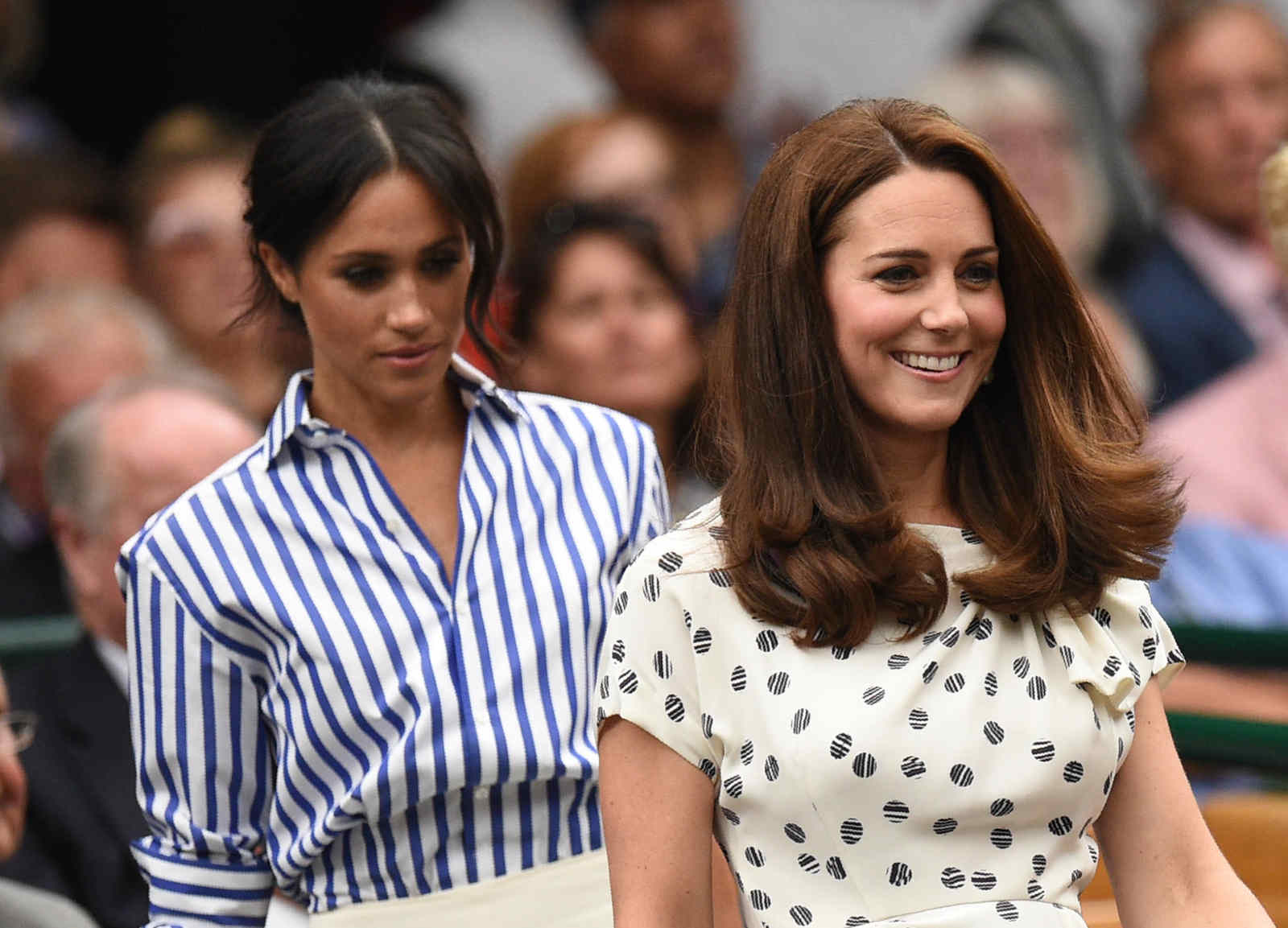 The news seems to be having a field day with the British Royal Family lately. First, rumors re-emerged of rocky marriages. Then the floodgates opened and forgotten scandals found themselves on the front page of the press pages – digital or otherwise – once more.

The only thing more damning than the rumors was the footage. For example, one video from the funeral services seemed to show an icy Middleton staring down a terrified Markle. Suddenly, #KKKate was trending and much discourse started suggesting Markle had been the victim all along.

It’s news like this that makes us wonder if the British Royal Family will be able to survive. They’ve been keeping up their usual act, but too many people are starting to peak behind the curtain. If the charade fails, what hope will they have? Only time will tell.

Do you think the British Royal Family is falling apart? Or do you think they’re stronger than ever? Let us know your thoughts on the monarchy in the comments below!