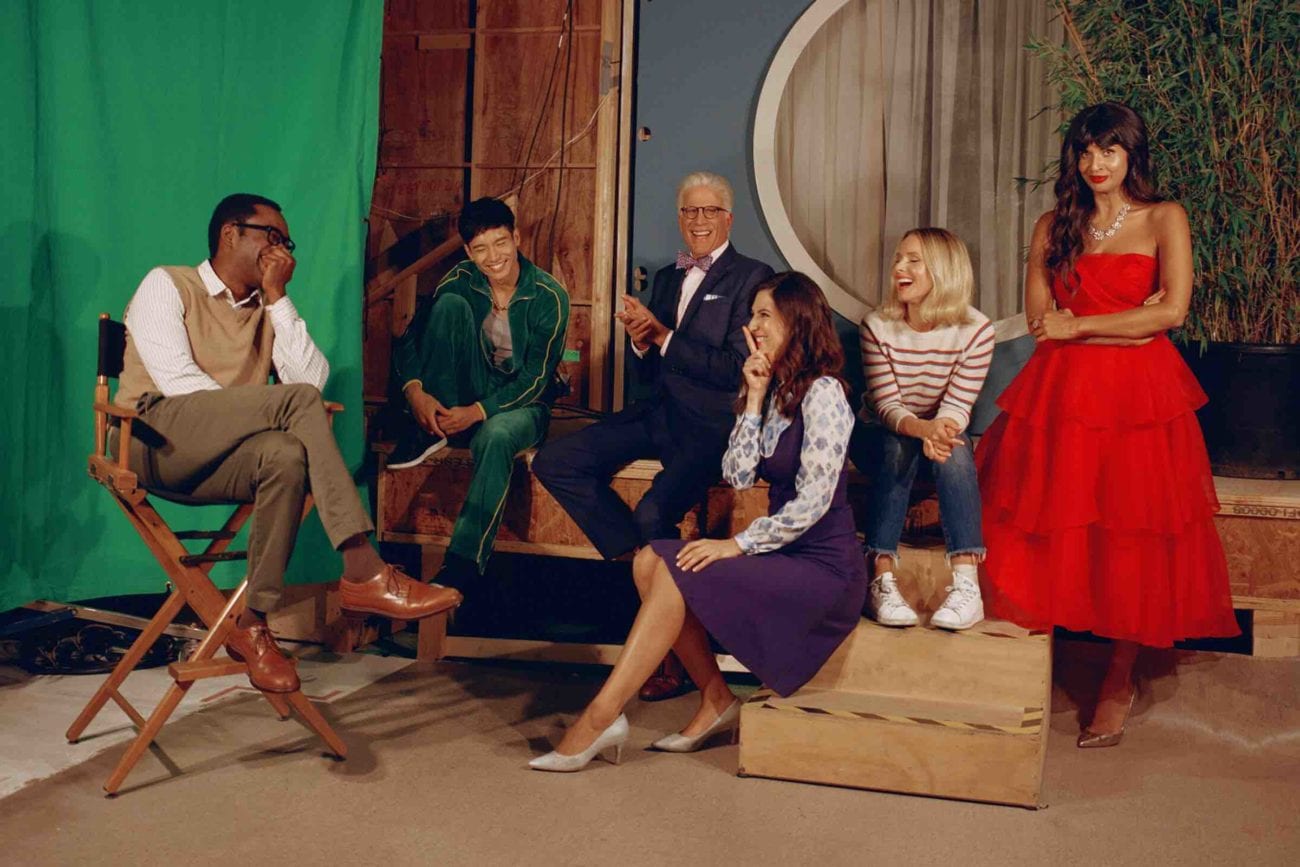 It’s the end of times. Well, the end of The Good Place, but same thing.

Our favorite not-a-sitcom sitcom is debuting its final season this week on NBC, leaving us desperate for more time with the Soul Squad. The promotional materials for this final season have been nothing short of depressing, constantly reminding us that we have only 13 hours left with our favorite cast on network TV.

Mike Schur and the team must have been aware of this, because on September 16th, we got a special treat. A six-part mini series simply titled The Selection dropped, inviting us into the behind-the-scenes of the Bad Place. The shorts give us a pseudoexclusive look at how Shawn (Marc Evan Jackson) and the rest of the Bad Place crew decide on what human to bring up for the new Fake Good Place experiment. 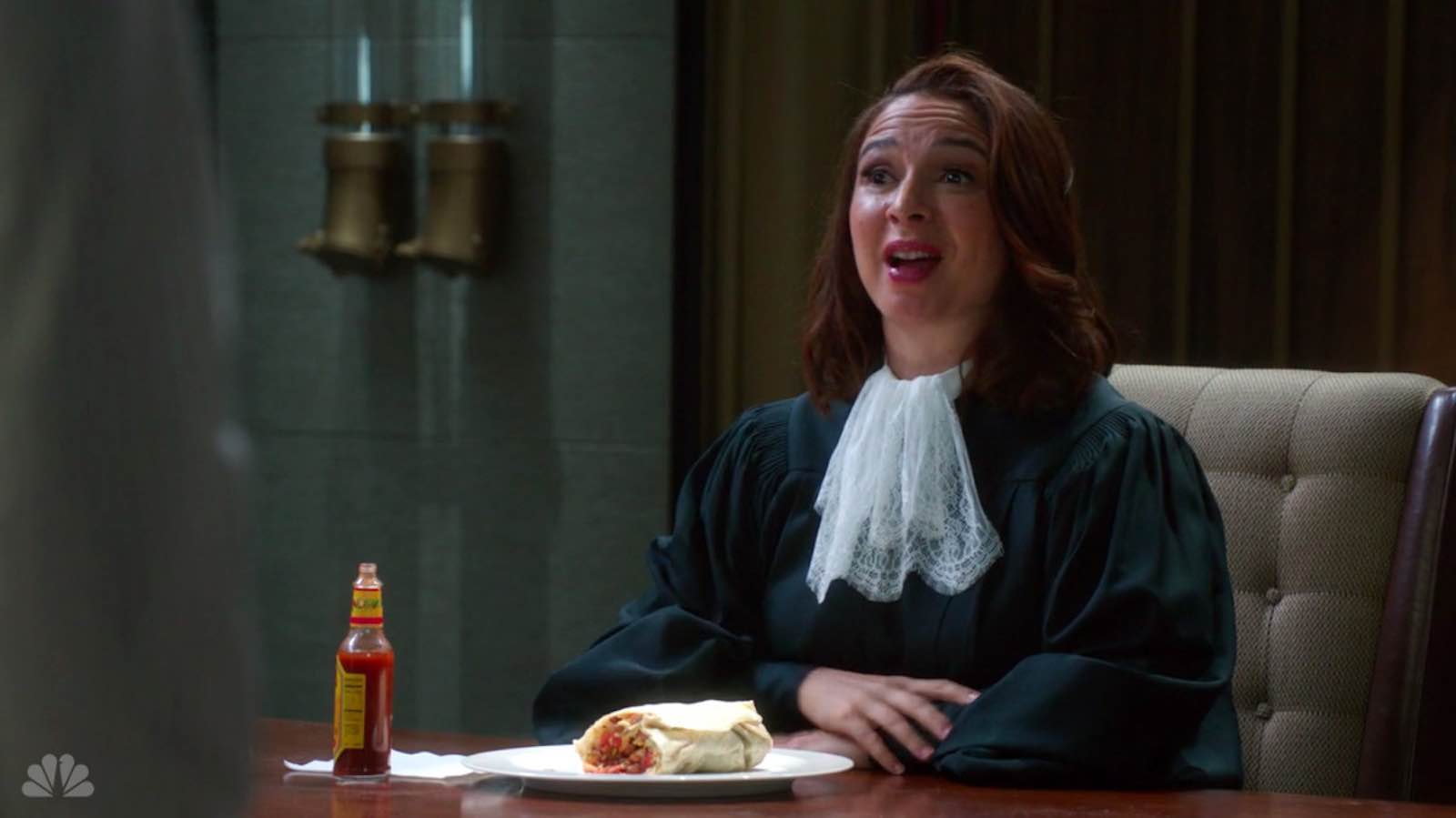 Quick refresher: the Judge (Maya Rudolph) ruled that Michael (Ted Danson) could rebuild a new neighborhood and start his experiment again with four new humans, in order to prove that humans could become good with a little help. Of course, the Bad Place was given the privilege to pick these new humans, but they could only be as bad as the original four.

Watching these demons work together to find four new humans makes us hungry for a new The Good Place show – but regarding the demons themselves: we know Schur only has one upcoming project after The Good Place ends, so we’re pitching our The Office-style show featuring the Bad Place demons. 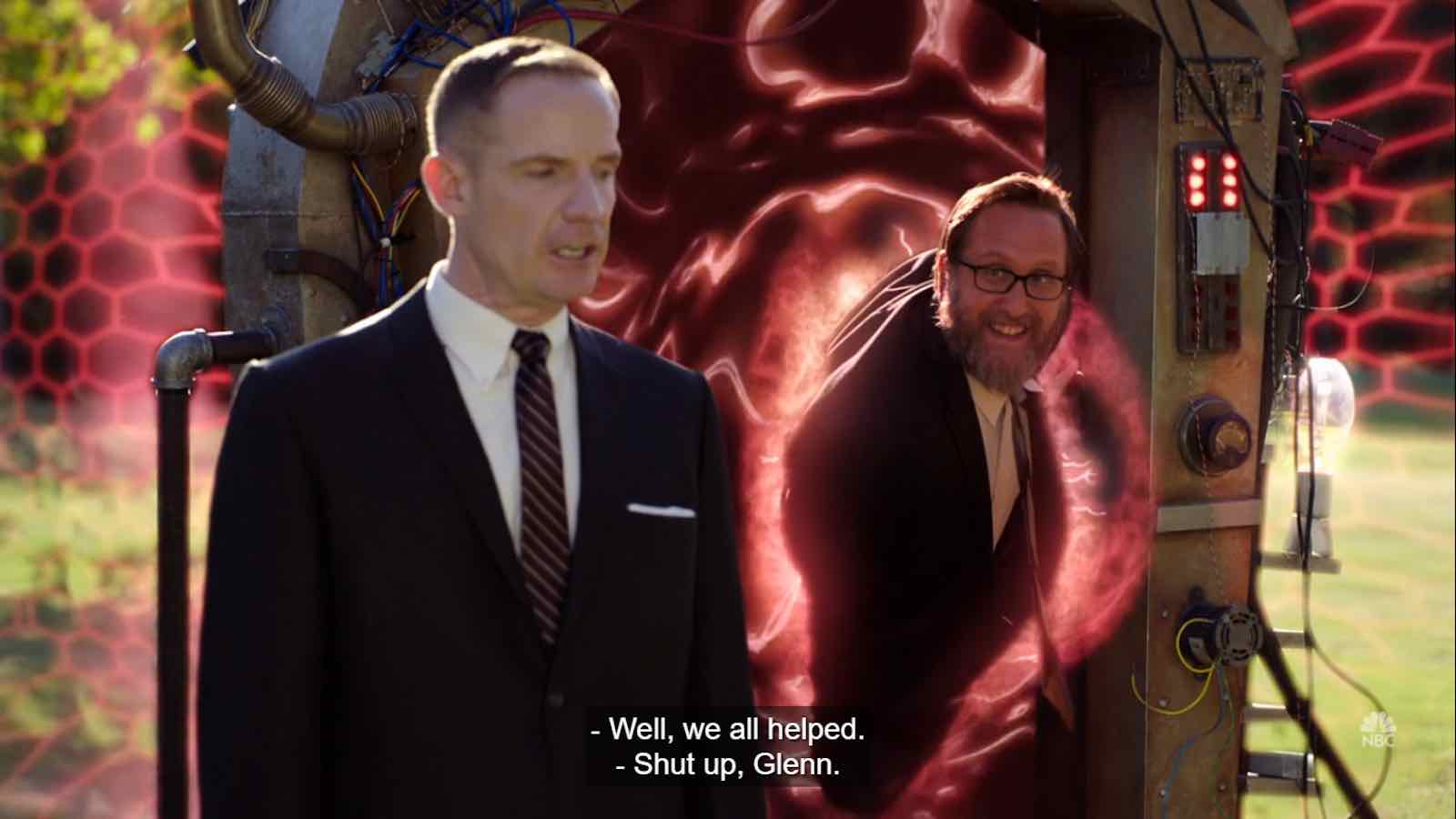 The demons work horribly together

Obviously, the demons are no fans of teamwork. We see this clearly as they can’t get it together while trying to pitch humans fartbags for Shawn to pick. But it leads to clashing personalities and trouble in a variety of situations. That trouble and conflict would be the perfect fuel for hijinks in a Bad Place spinoff.

Gayle (Amy Okuda) gets sick of Bambadjan (Bambadjan Bamba) talking over her and stealing her ideas, so she gives him a hair burrito that turns out to be a normal burrito. Or Glenn (Josh Siegal) gets sick of being Shawn’s punching bag and gives him the cocoon treatment. The Good Place may be focused on making people good, but a Bad Place spin off would let us see the absolute worst of the demons. 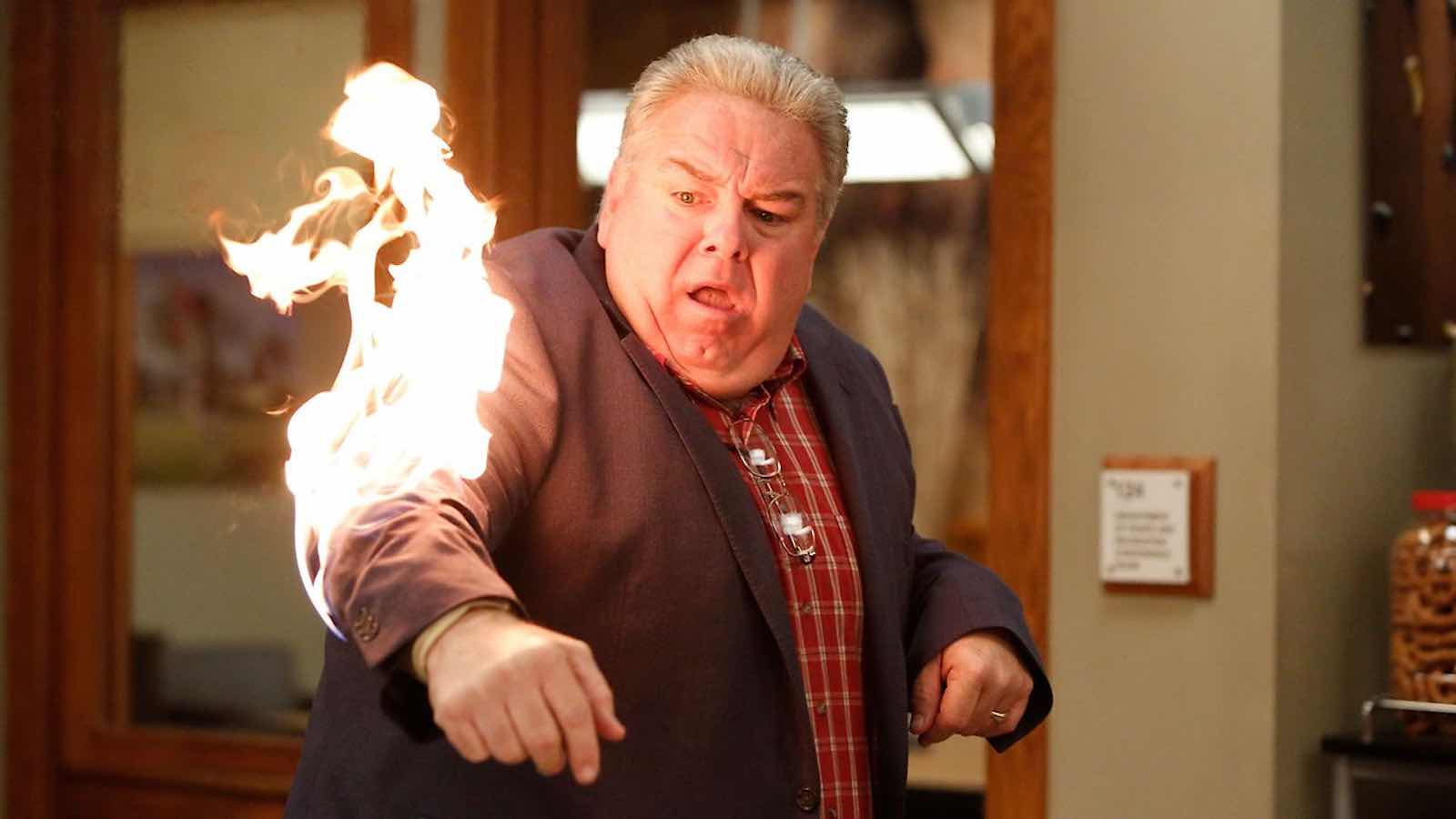 Glenn is the new Jerry

Speaking of human punching bags, Parks and Recreation’s best character is easily Jerry (Jim O’Heir). He may be the butt of everyone’s jokes and the blame for anything that goes wrong, but he comes out on top. Why can’t the Bad Place have their own Jerry?

Oh wait, they do – and his name is Glenn. If you listen to The Good Place: The Podcast, you’ll learn Josh Siegal was hired as a writer for The Good Place, but at the last minute was cast as Glenn for a scene, and because of how fantastically evil but stupid he was, stayed on as Glenn through the past three seasons. We want more of Glenn being a doofus and getting cocooned by Shawn. 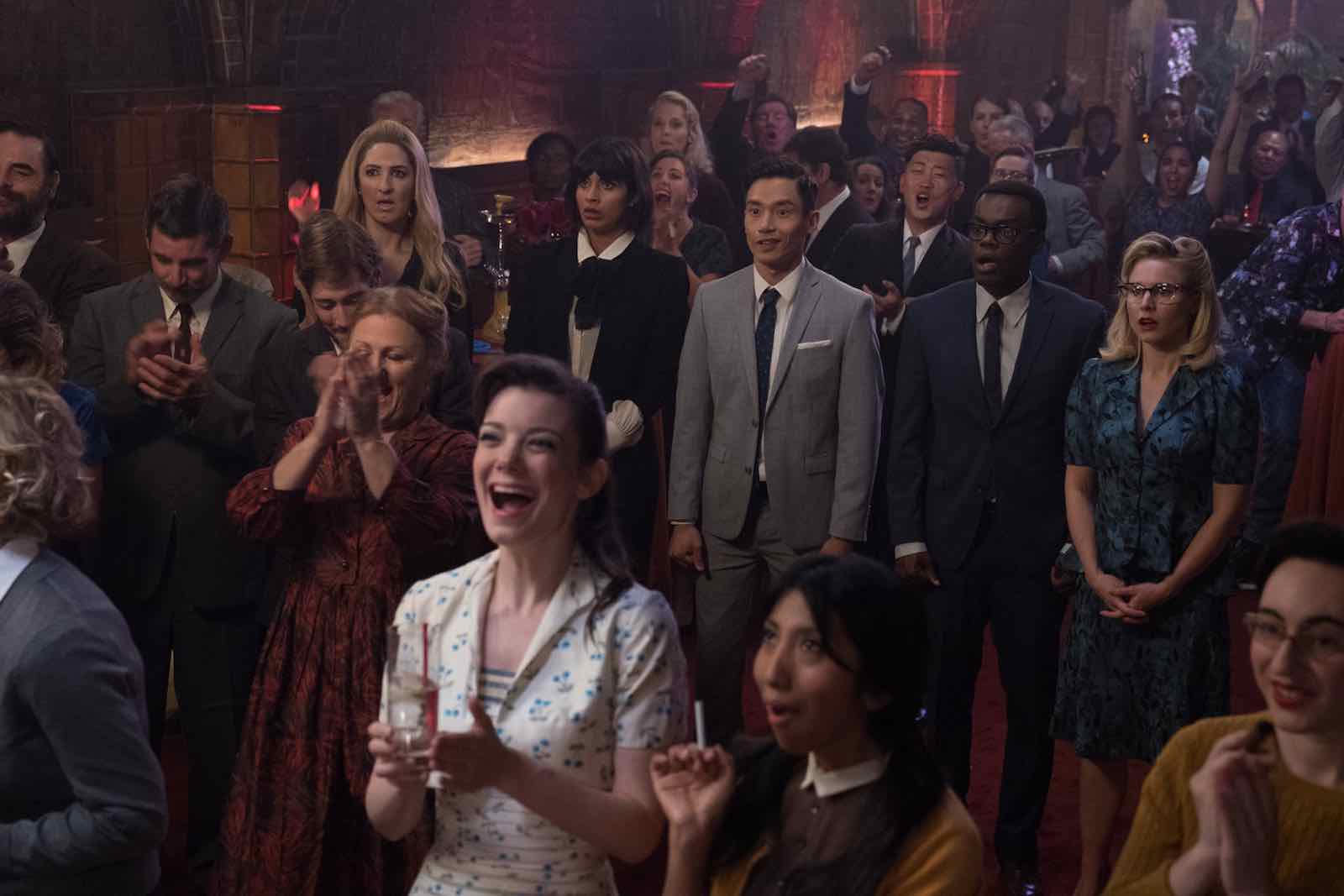 We get a look at the Bad Place’s inner workings

In episode three of The Selection, the crew orders takeout for their selection all-nighter. We hear about how they eat babies and scorching hot clam chowder (shocker), but also hair-filled burritos and the gunk that builds up in shoes you don’t wear socks with. Also, we learned that there’s evil Zumba – as if the music weren’t already evil enough.

Just imagine the nonsense the writers room can come up with. We already know writer Megan Amram is the queen of puns, based on all the restaurant names she came up with for the Good Place neighborhood. Imagine her skills on the different places in the Bad Place – or just think of the terrible motivational training exercises Shawn will put the team through, just because he wants them to suffer. 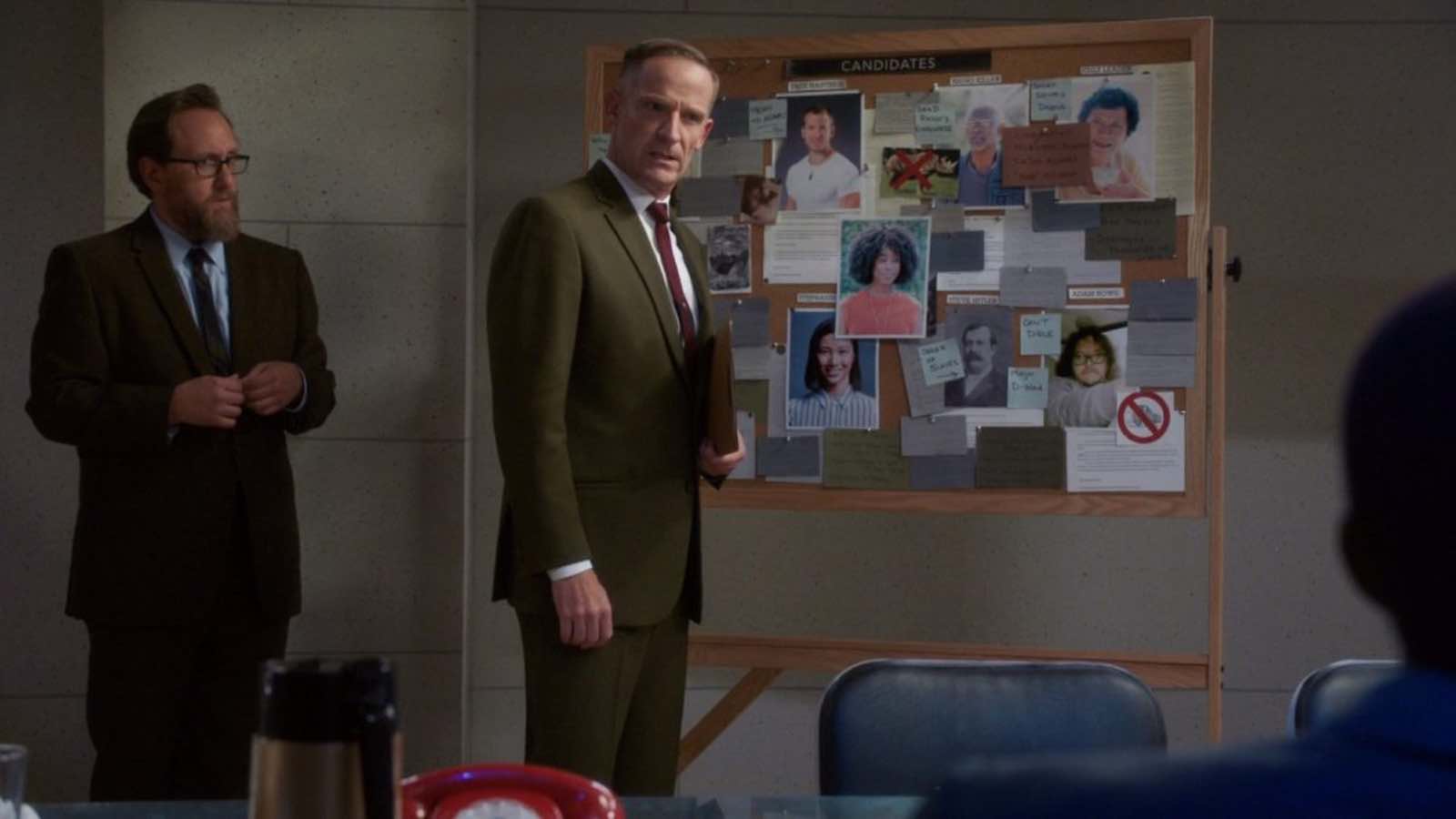 We’ve said it before and we’ll say it again: Marc Evan Jackson is wonderfully evil as Shawn, and we want more of him forever. Truly an evil ashhole, Shawn has gone from being Michael’s boss/ally to his enemy, yet because he so blatantly hates humans, we can’t help but relate. Humanity can be disgusting, and Shawn knows it mightily well.

We could go for just a spinoff of Shawn’s snarky remarks about how disgusting humans are, but even better are his plans to torture humanity for eternity. The Good Place only gives us a small taste of the evil Shawn has concocted, but a full spinoff featuring him leading the demons to successful torturing’d be right up our alley. 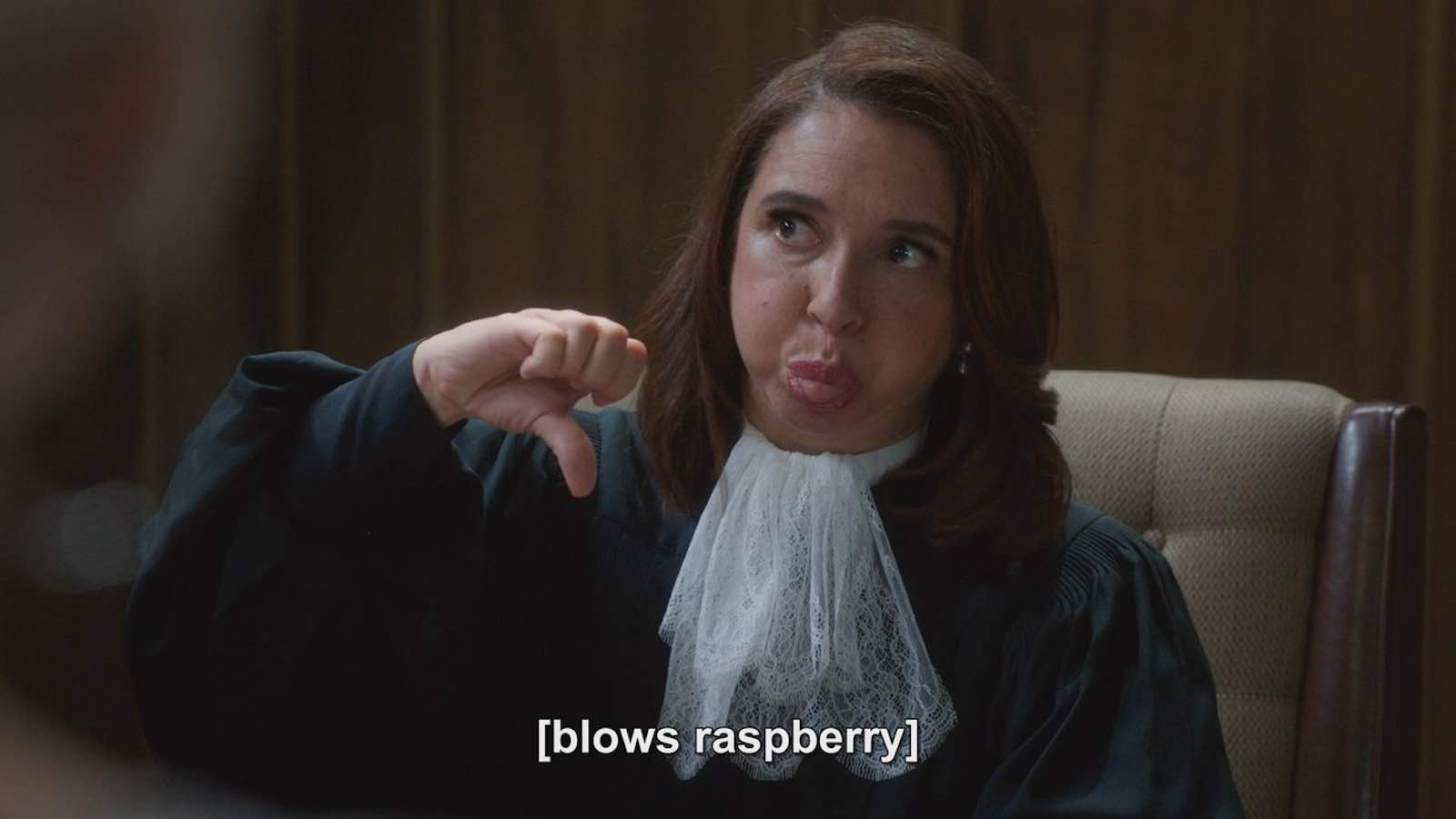 Until we get the spinoff Marc Evan Jackson is destined to lead, we just have to deal with the fact The Good Place is ending. The final season premieres September 26th on NBC in the U.S., with Netflix dropping the premiere in most other countries on September 27th.