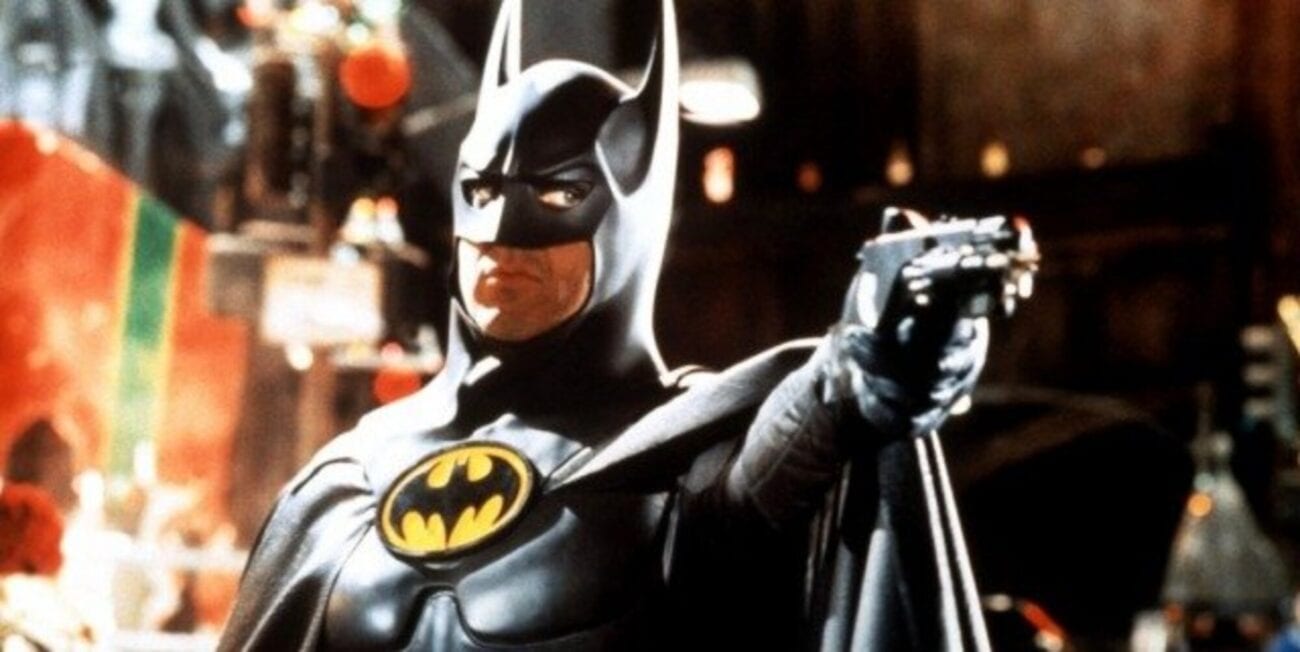 ‘The Flash’: First look at Michael Keaton as Bruce Wayne in the DC film

DC fans have been highly anticipating the upcoming film The Flash, and it finally seems like we’ve got an exciting new update on how production on the film is going so far. Thanks to new behind the scenes photos on set of the film, fans can now get a glimpse of what Michael Keaton looks like as the iconic Bruce Wayne. Want to see a bit of Batman and hear some more cool deets on the film? Let’s take a look at all we know so far here.

BREAKING: We have our first look at Michael Keaton returning as Bruce Wayne in #TheFlash! pic.twitter.com/BXP7xRvarC

Yes, Michael Keaton is officially back in the iconic role of Bruce Wayne. While the cast and crew continue to be hard at work in London right now shooting the upcoming DC film The Flash, fans were finally able to get a sneak peek of what Michael Keaton looks like in his respective role. Behind the scenes pics posted by @bigscreenleaks on Twitter showed off some exciting pictures of what we can expect to see in the film.

While it may not have been a clear, head-on view of Michael Keaton, as the photo posted showed off just his face and his left upper side of his body as he was surrounded by other folks from the cast and crew, this was certainly at least something for fans highly anticipating the upcoming DC movie The Flash. The photos showed off Michael Keaton in a fancy and classy dark blue suit.

Keaton sported a haircut that looks familiar from his role as Batman in the Tim Burton-directed movies. Other behind the scenes photos revealed Ezra Miller as Barry Allen himself, also looking classy in a grey suit. Kiersey Clemmons, who is casted to play Iris West, also stood next to Ezra Miller in some photos wearing a light brown coat, holding a black bag, and dark blue pants.

New photos of Kiersey Clemons and Ezra Miller on the set of #TheFlash pic.twitter.com/5z55FDN3X0

The new behind the scenes photos of the upcoming DC film The Flash also gave patient fans a look at Supergirl, as the exciting pics showed off actress Sasha Calle all suited up in the middle of performing her stunts. While fans already got to see a peek of the Supergirl suit in the past, this was the first we got to see of Sasha Calle officially in uniform and ready to take on the DC Universe.

When speaking of the upcoming DC movie The Flash, which is set to hit theaters on November 4th, 2022, director Andy Muschietti said that “What captivated me about The Flash is the human drama in it. The human feelings and emotions that play in the drama [of it]. It’s going to be fun, too. I can’t promise that there will be any horror [elements in it], really, but it’s a beautiful human story”.

For those who don’t yet know, both Michael Keaton and Ben Affleck will be playing Batman in the upcoming The Flash movie. While this may leave some scratching their heads, Muschietti also went on to explain to Vanity Fair back in 2020 that Ben Affleck’s Batman would be “the baseline. He’s part of that unaltered state before we jump into Barry’s adventure. There’s a familiarity there”.

Even MORE photos of @SashaCalle as Supergirl on the set of #TheFlash pic.twitter.com/pPbwq02OGi

“This movie is a bit of a hinge in the sense that it presents a story that implies a unified universe where all the cinematic iterations that we’ve seen before are valid. It’s inclusive in the sense that it is saying all that you’ve seen exists, and everything that you will see exists, in the same unified multiverse”, the director added.

Overall, we can’t wait to find out more details about the upcoming DC film The Flash and hopefully get to see more behind the scenes pics of the cast and crew hard at work on set. Will you be sitting front row in the theaters next November once the movie comes out? How excited are you? Let us know your thoughts about the sneak peek we got from the movie in the comments.