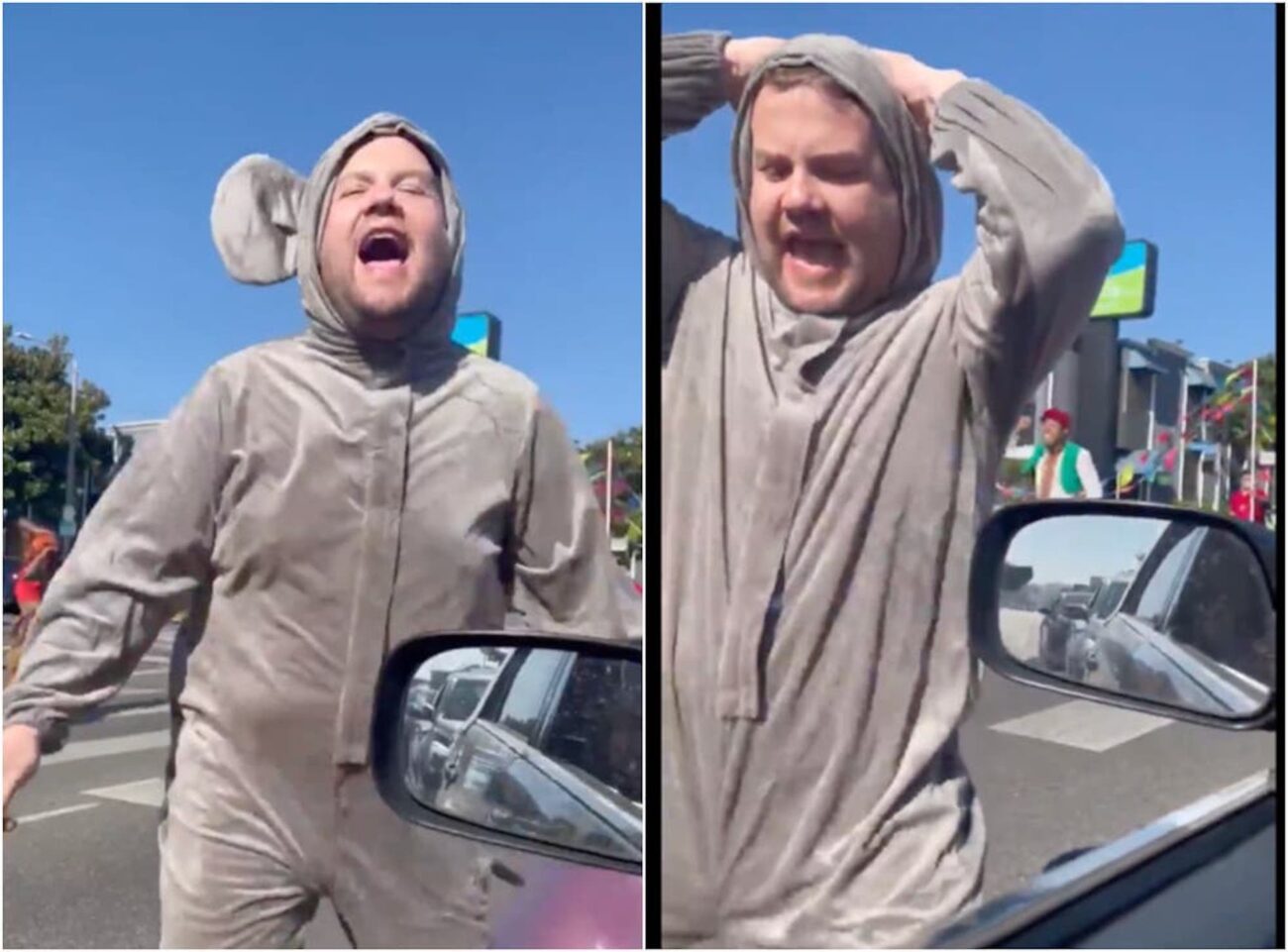 Ah, James Corden. People really don’t like him. The Late Late Show host is being roasted on Twitter for his latest stunt of dressing up as a rat and gyrating in traffic. We wish that we weren’t joking, but, well, look at the world, look at society. We’re telling the truth here people. It’s just a harsh pill to swallow at this point that he keeps getting work in subpar musicals. How does this keep happening?

Either way, James Corden has pulled some terrible stunts during his career on The Late Late Show. People are just sort of tired by it all. Let’s go to the Internet and weep without brothers, sisters, and gender-nonconforming sibs over this latest “why James Corden” mess.

So him being dressed as a fucking rat makes sense to me. pic.twitter.com/lNvVyyWi4Q

Make him even more unfunny, writers!

We can see it

I have ordered the deportation of James Corden. pic.twitter.com/1hYRi4Nb6t

I feel like just putting James Corden in a mouse costume without any cgi was a weird decision, idk pic.twitter.com/pwAIwxhZ5P

How does this keep happening?!

Tell us this is a weird tie-in for the bad Cinderella movie.

Amazing no one has tried to run them over yet

Oh, this stunt is from Sidewalk Musical.

Stuck at an intersection while James Corden dances around your car pic.twitter.com/oB94DwHIN5

You have to feel bad for the people trapped in their cars during this nonsense.

"go to hell" is basic "i hope james corden gets cast in the movie version of your favorite musical" is smart, it's possible, and it's terrifying

And somewhere a monkey’s paw curled its finger

A new curse for the modern era.

despite seeing that james corden dancing in a rat suit video posted hundreds of times today, i have not pressed play once, thus ensuring my entrance to heaven

Play the video or go to Hell? You decide

Getting into Heaven is that easy.

Good that we don’t have to live through that then

The year is 2021. You've just survived a global pandemic that has forever shaped the future of the human race. You drive home from your poorly paid job as you continue to question your existence. At the traffic lights James Corden is dressed as a mouse and dances at you. Why.