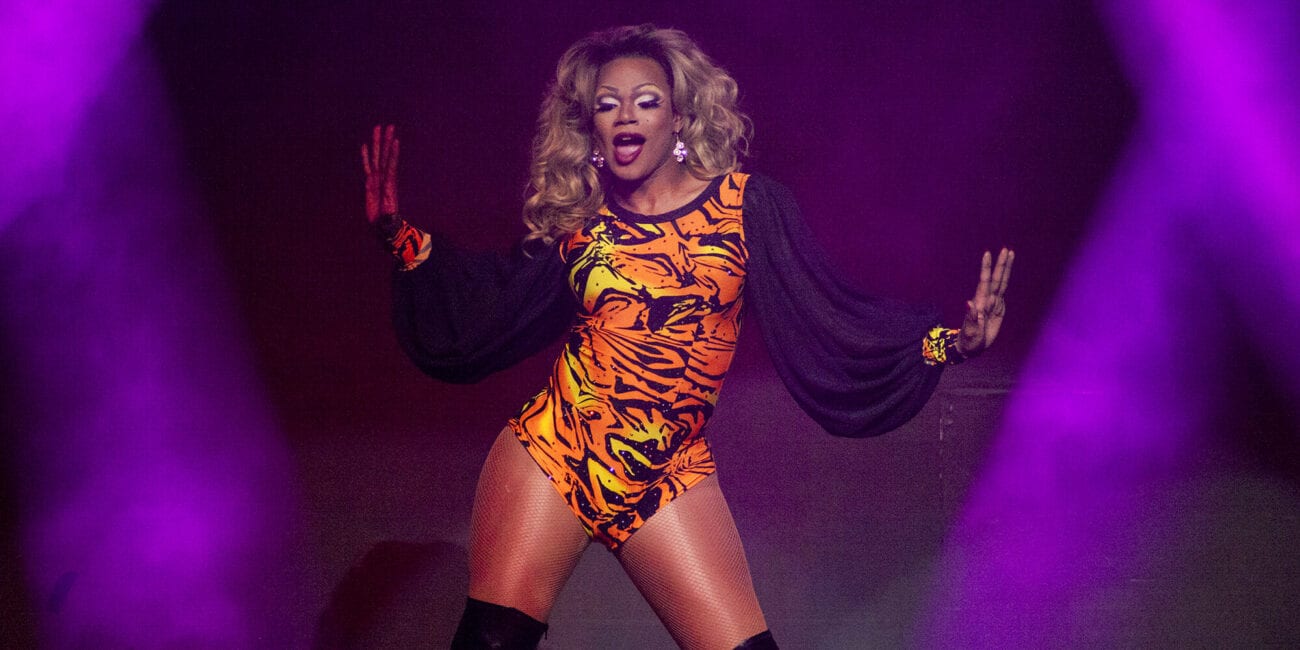 DeVayne – who went by Zavion Davenport out of drag – was previously hospitalized in July for suspected kidney failure and was scheduled for dialysis treatment before being discharged later that month. The star’s family announced on Instagram that DeVayne had passed and shared her final words to her family & fans, “Never give up.”

To celebrate one of the most memorable and severely underrated queens in Drag Race herstory, let’s take a look at some of Chi Chi’s most stunning & remarkable moments during her two seasons on air. Rest in power, dear. 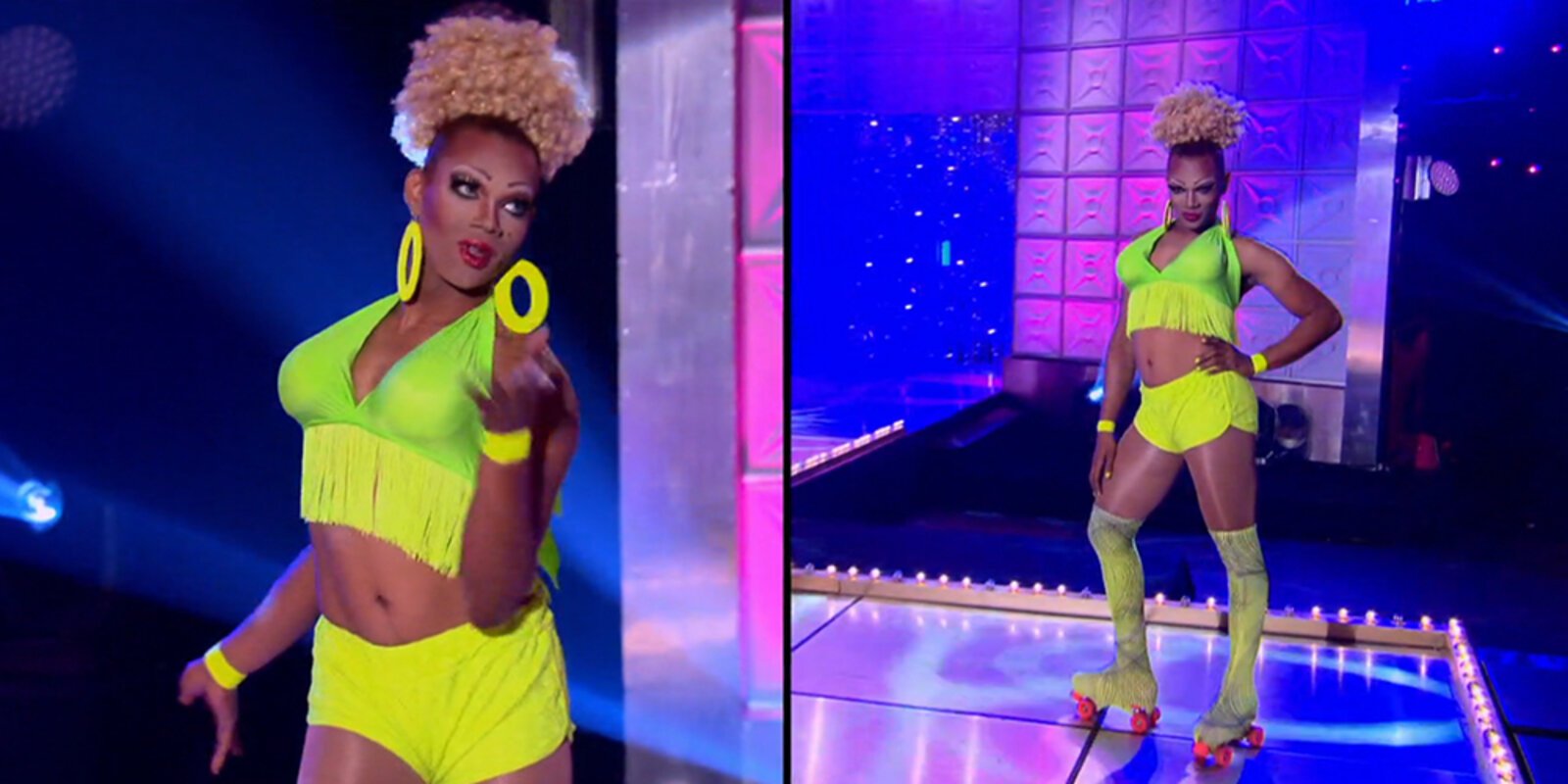 Even though this outfit only landed Miss DeVayne as safe, we have to say that this look – as the kids say – pops off! We love the neon hoops & the totally cute matching top. And if you disagree with us, then you at least have to admit that she was one of the best skaters up there – who else could skate backwards, but the Bayou Queen? 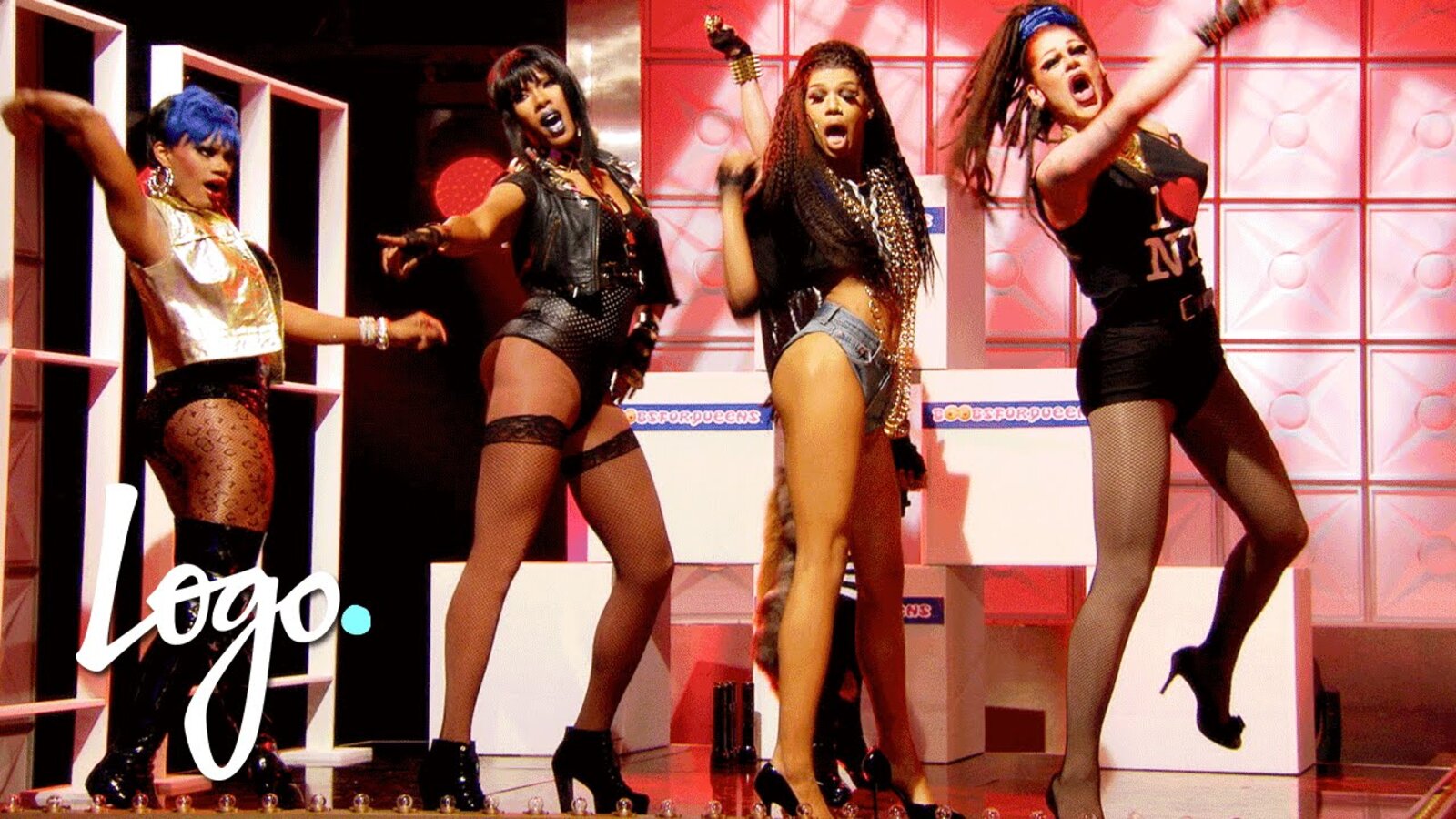 A winning performance in “B*tch Perfect”

Chi Chi killed it in this maxi challenge and led her team to victory. While maybe this challenge was . . . forgettable, our girl carried everyone with her dance moves and unforgettable headstand-twerk session – and who knew she looked so good with a little bit of blue in her hair? 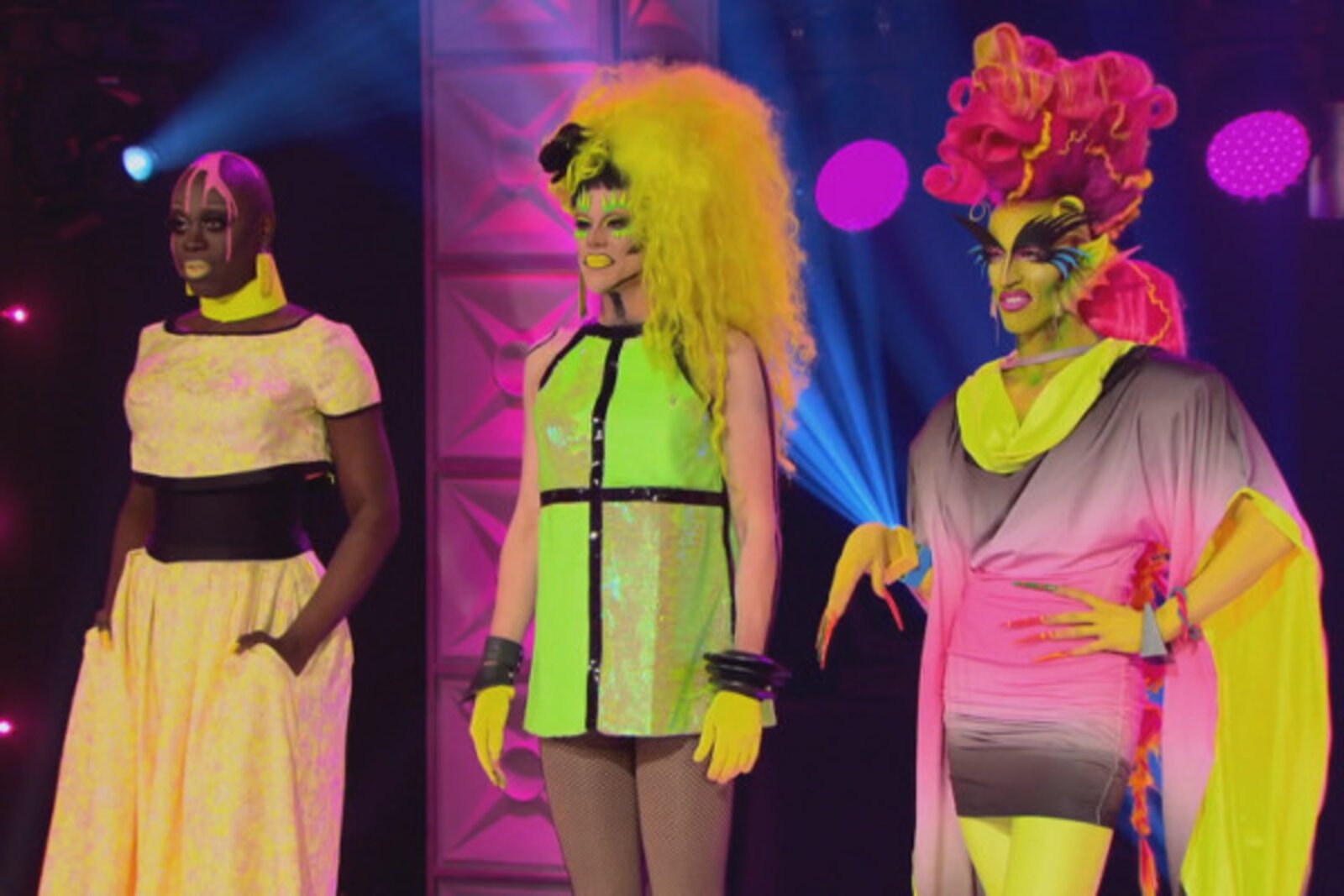 The complicated history of the Neon Realness look

The first time Chi Chi found herself in the bottom, we weren’t completely mad about the look. Yes, we know there were flaws to it, but we’re not going to go into that here – instead we can all just freely admit that this is a fabulous club look and we would be insanely grateful to wear it. She redeemed herself on All Stars 3 during the Rudemption Realness challenge, anyway, so leave her alone!

Clearly the look worked in her favor, because it didn’t stop Chi Chi from turning it out to “Call Me” by Blondie – right in front of Debbie Harry’s face! From the splits, the death drops, and the constant stream of cart walls, Chi Chi early on cemented herself as a clear contender for the crown. 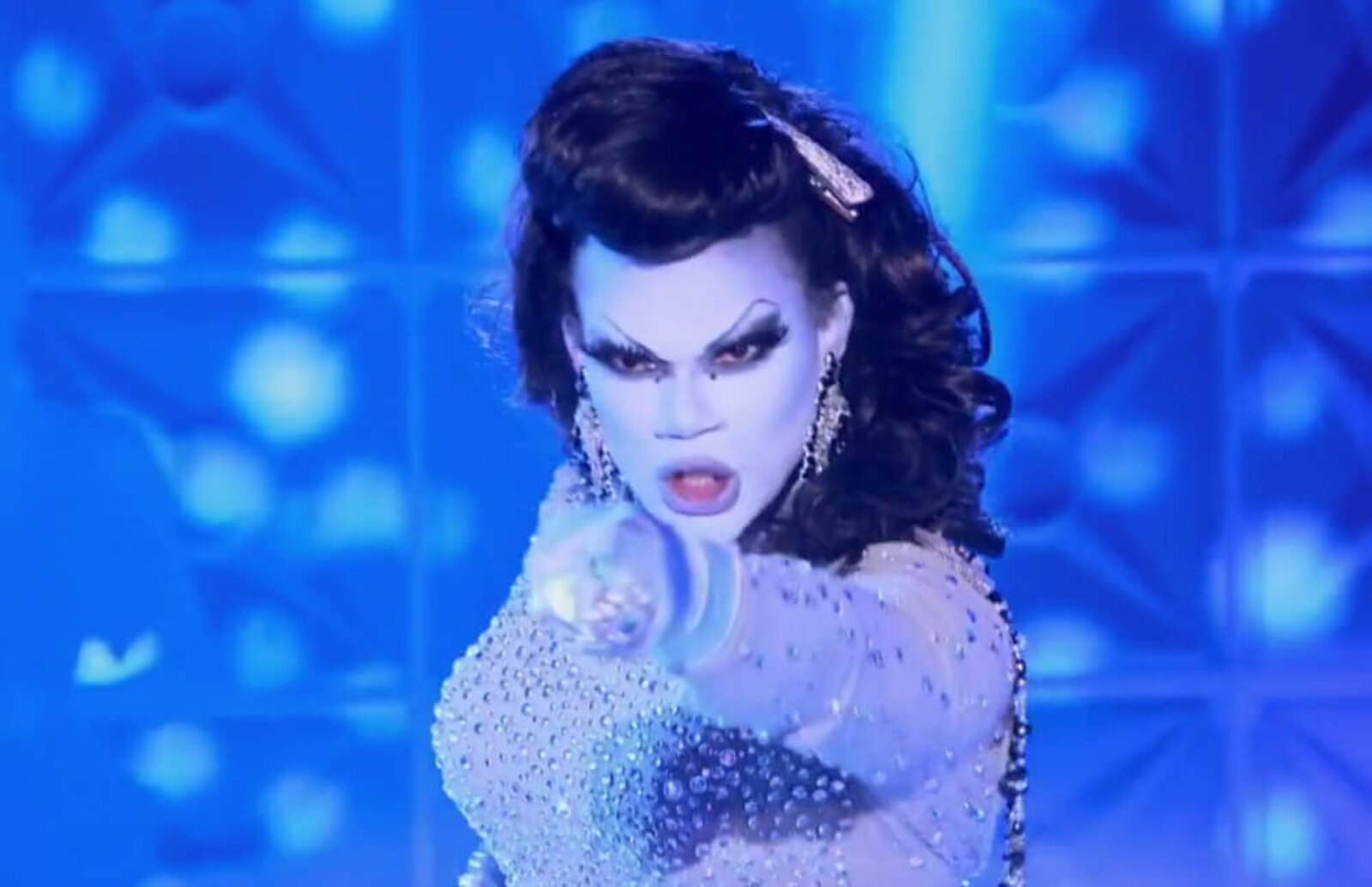 Let the beads hit the floor

The second time Chi Chi ended up in the bottom it was tragic, but it was almost worth it to see her work her magic. This lip sync remains one of the most iconic performances in the entire Drag Race cannon. While Chi Chi’s look was a little lackluster in the Black & White Realness runway, which earned her a spot in the bottom, she pulled herself right back out with her showstopping rendition of “And I Am Telling You I’m Not Going” from Dreamgirls. She left it all out on the floor that time – literally if you count the bead reveal.

This performance gave us acting, it gave us drama, and now it gives us chills. This is drag at its prime. 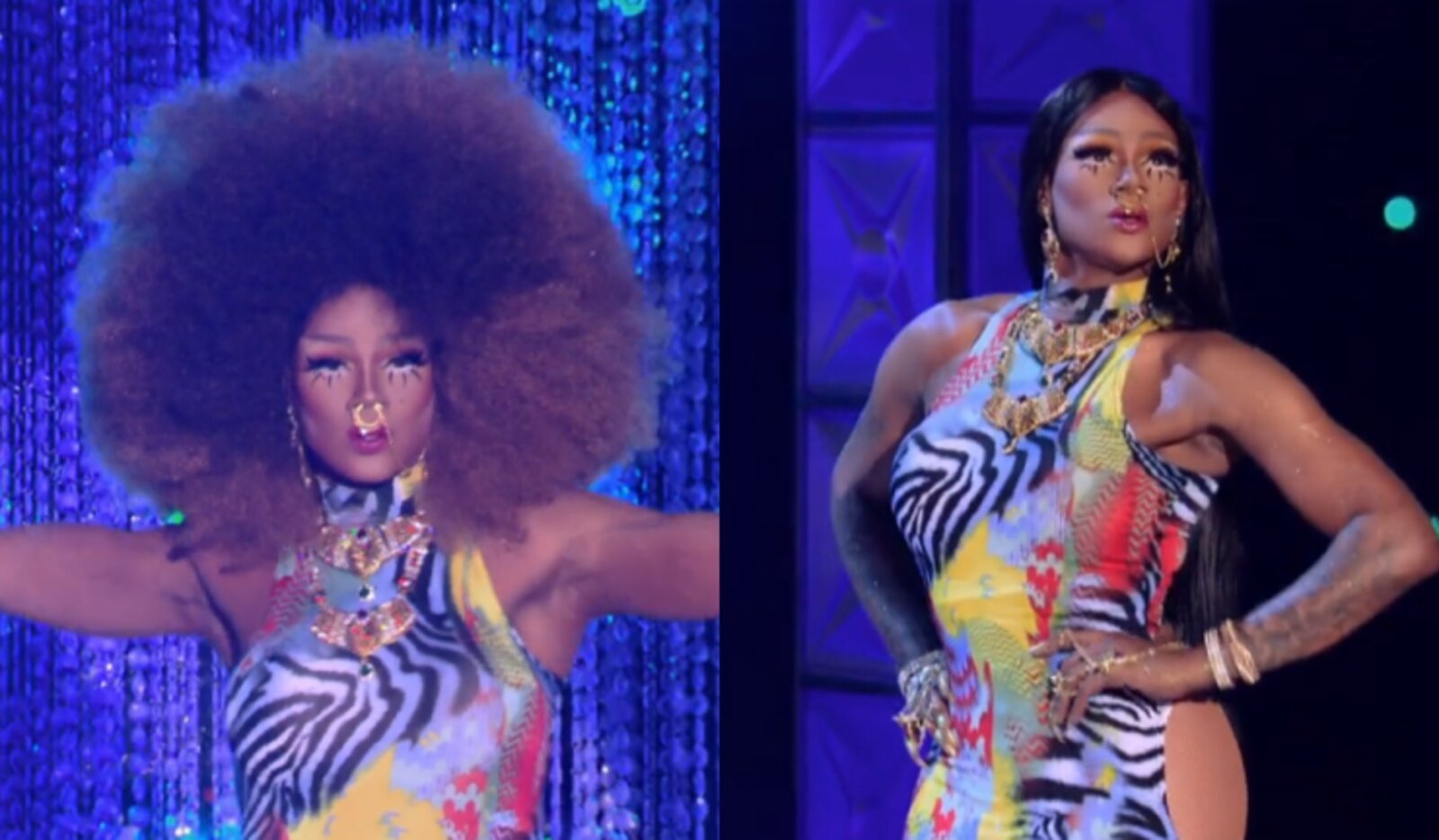 The “Wigs on Wigs” challenge

During All Stars 3, all the work that Chi Chi did in between her original season and her victory lap on the redemption spin-off really came through in her short time on the show. The 4th place runner up of season 8 took time to refine herself and work on her craft before competing again, and it was one remarkable transformation to watch – something that other queens could maybe learn from . . . .

Chi Chi said it best that this look represented the “new direction” her drag was headed. To go from entering the Werk Room in a gown made of Alaska’s scraps, to catering this well-constructed & stunning turn was exactly why we loved the witty queen and are devastated to lose her so soon. We’ve said it before and we’ll say it again: Rest in Power, Miss DeVayne. You will not be forgotten.

Chi Chi DeVayne grew up in Shreveport, LA where she is survived by her family members and fans. They request to please await additional information and directives regarding the final arrangements, memorials, and the method to remit condolences and expressions of kindness. 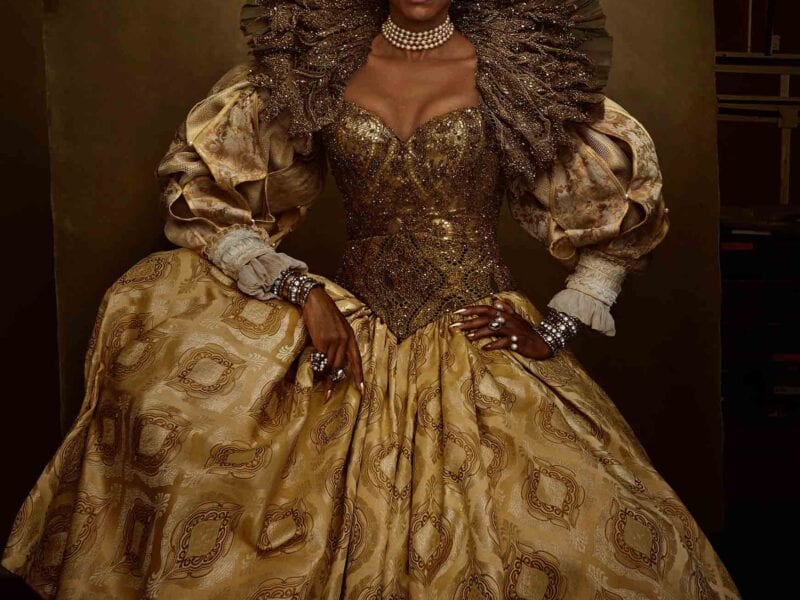 ‘RuPaul’s Drag Race All-Stars’: How well do you know all the winners? 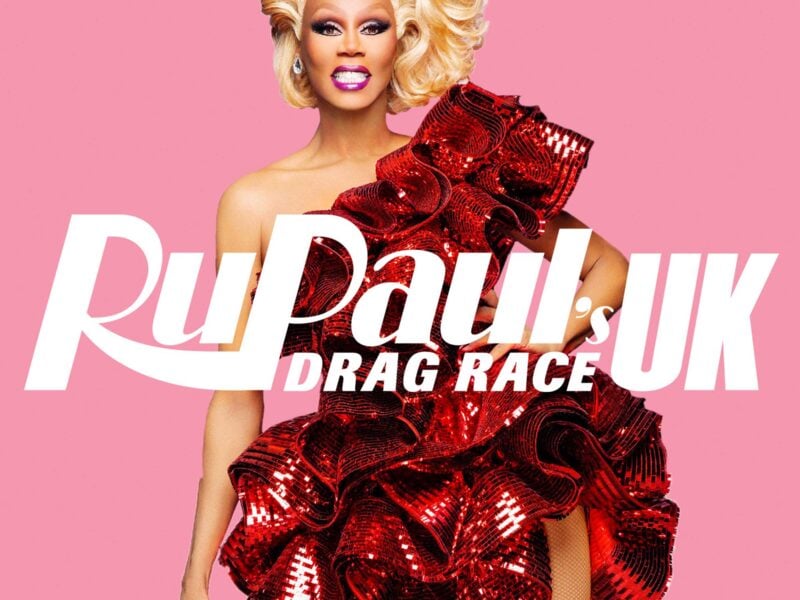 Lockdown heroes: What are the ‘Drag Race UK’ queens fighting against? 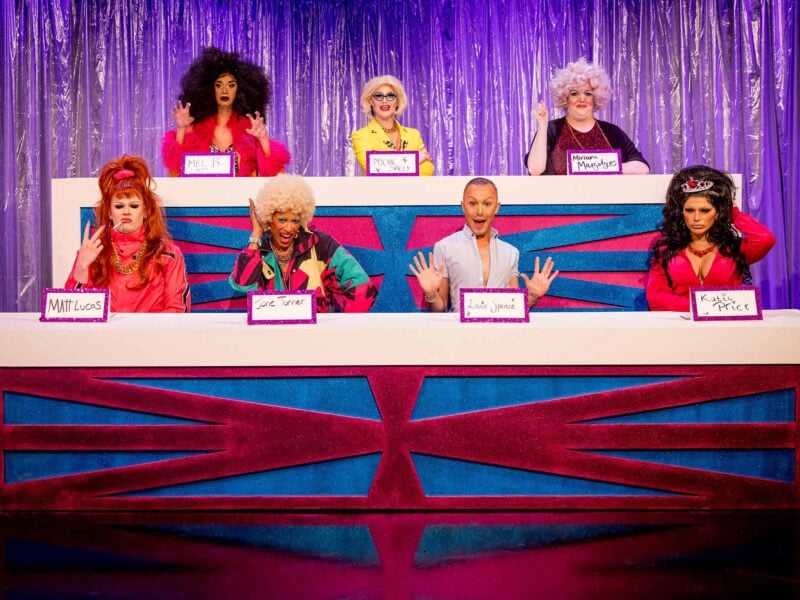 ‘Drag Race UK’: Hear from the queen eliminated by the Snatch Game