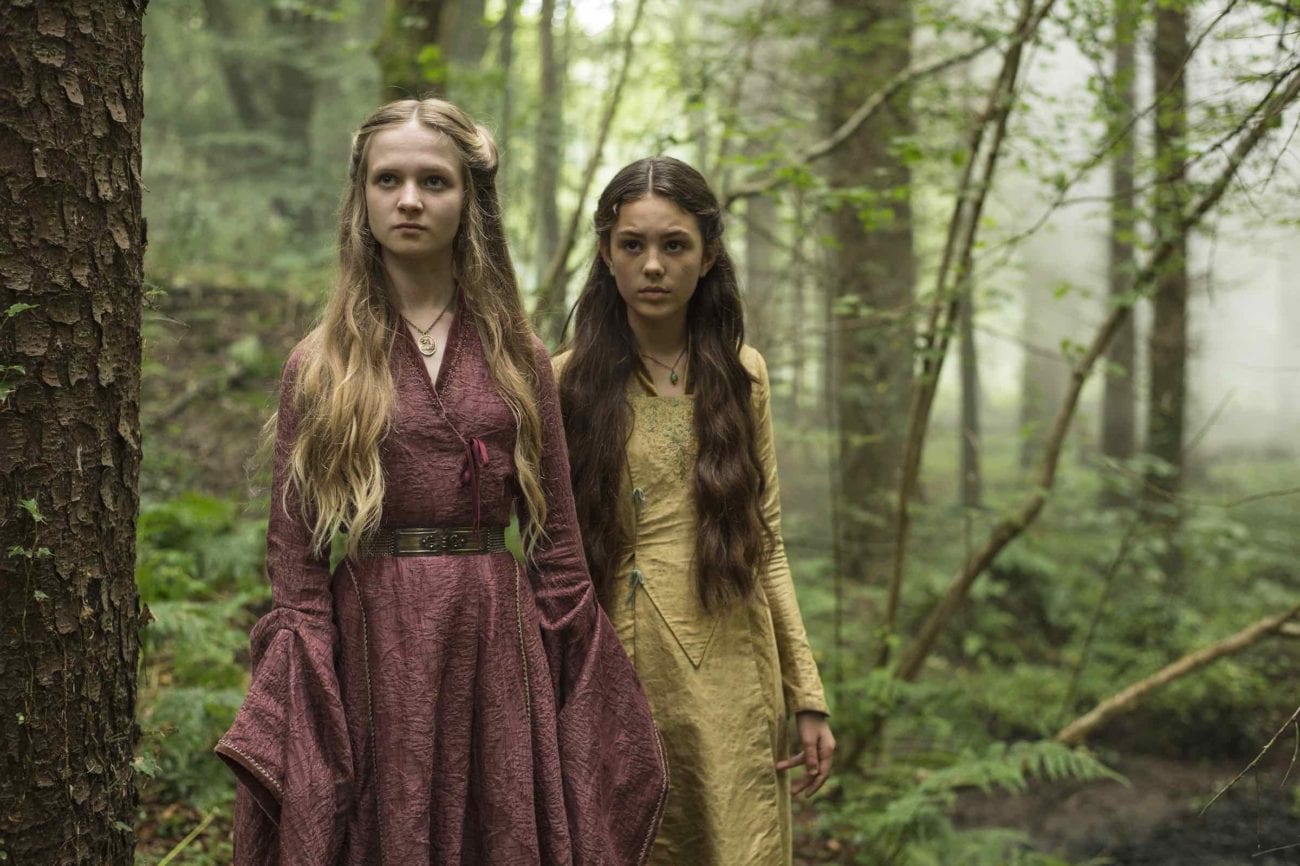 Cersei Lannister: All the ways ‘Game of Thrones’ should have killed her

Many viewers of Game of Thrones complained about the inadequacy of villian Queen Cersei Lannister’s death in S8E5. Her twin brother-lover Jaime tried to save her by (seemingly) magically teleporting from the bottom of the tunnels below the Red Keep all the way through to the top while suffering from two direct dagger stabs to the midsection.

The Lannister twins ventured down into the tunnels to try to get back to the dinghy that was meant to magically teleport them across the narrow sea to Pentos without a sail, but Dark Auntie Dany had already destroyed enough of the Keep to block their exit. 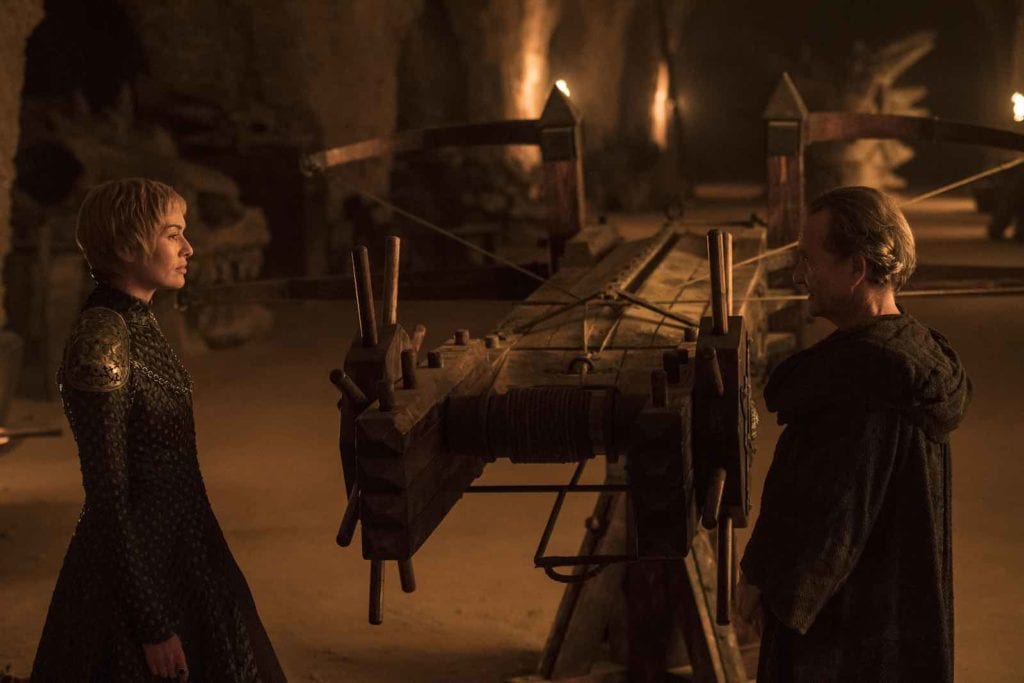 In the end, Cersei’s comeuppance amounted to nothing more than a cave-in, just more collateral damage resulting from Daenerys the Mad Queen’s nonsensical temper tantrum that killed thousands upon thousands of innocent city-dwellers (and a handful of guilty cutpurses in the alleyways of Flea Bottom). It’s easy to grok why the fans feel a bit miffed to have missed out on their collective revenge fantasies.

So to provide a little more closure to the loyal fandom that has sat through four seasons of mostly trash, Film Daily’s crack team of Game of Thrones imaginicians has come up with the definitive list of better, more dramatically resonant deaths for Cersei Lannister. 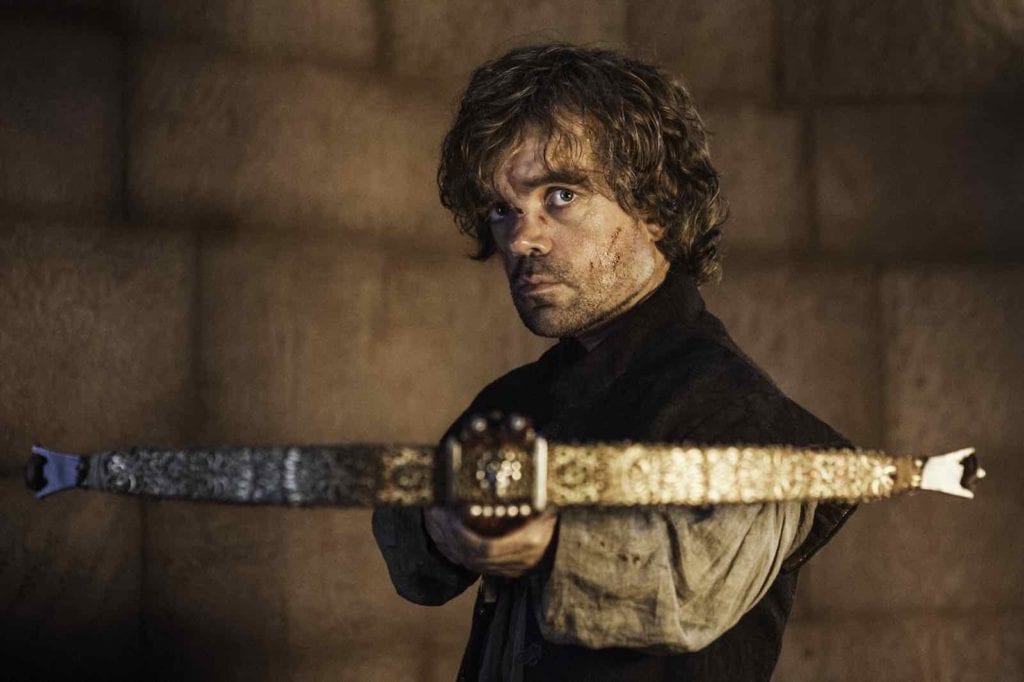 In The Song of Ice and Fire novel series by George R.R. Martin upon which David Benioff & D.B. Weiss’s TV show is based, Maggie the Frog’s prophecy to child Cersei contains a reference to the valonqar (High Valyrian for “little brother”) who will kill her.

This prophecy has led to all sorts of wacky theorizing involving people standing in various places on maps painted on the floor of chambers in the show. Add to this Tyrion’s direct threats and you can see why Cersei thought her dwarf brother would be her end.

We imagine it going down like this: Dany has taken the city peacefully after The Bells were rung. Tyrion ascends the Red Keep, where he spent his best days as Hand of the King in earlier seasons. Cersei is hiding out in the Hand’s privy, the last place she thought anyone would look. Naturally, that’s where Tyrion murdered his father Tywin in cold blood, so it’s the first place he looks. 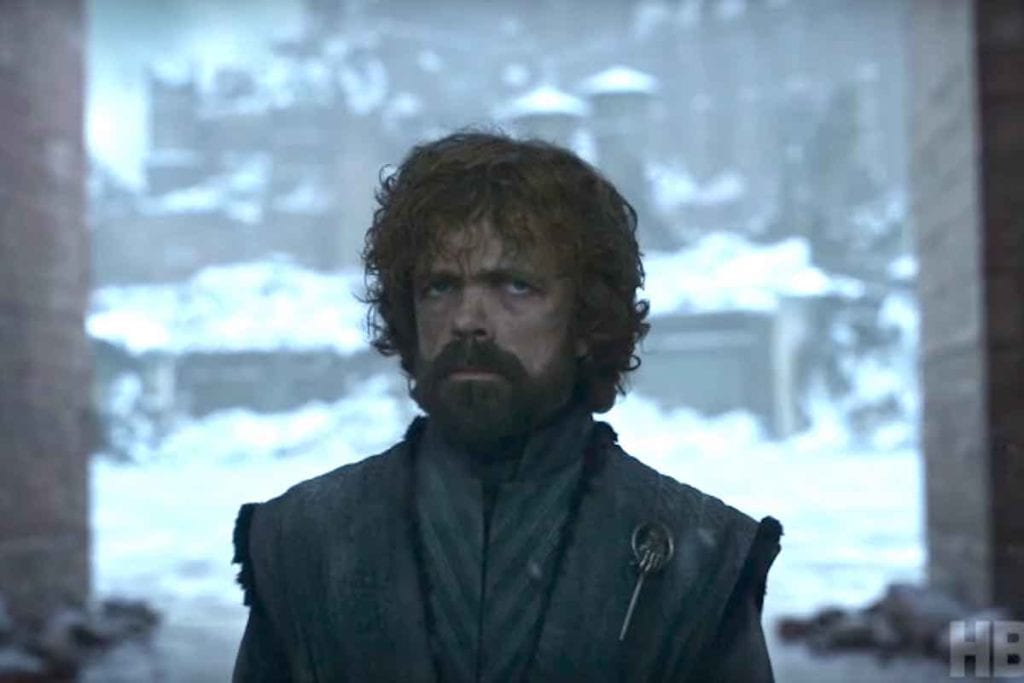 In her panic and stress, Qyburn initiated an abortion via some vile herbal concoction, and the evidence is here on the stone floor. Gross. Cersei sits on the commode, resigned to her fate but still fearful.

Since Tyrion and Jaime had immediately called the guards to capture Bronn after he threatened them in Winterfell, Tyrion is wielding that precise crossbow, the murder weapon he used on their dear, dead dad, Lord Tywin. He demands Cersei apologize for blaming him for their mother’s death – and she refuses.

Tyrion already lost his intelligence several seasons ago, and he loses his love for his sister here. He knocks a bolt, shoots, knocks again, shoots – right in the heart. Cersei dies with Jaime’s name on her lips and the prophecy is fulfilled in the most predictable way possible. Boom. 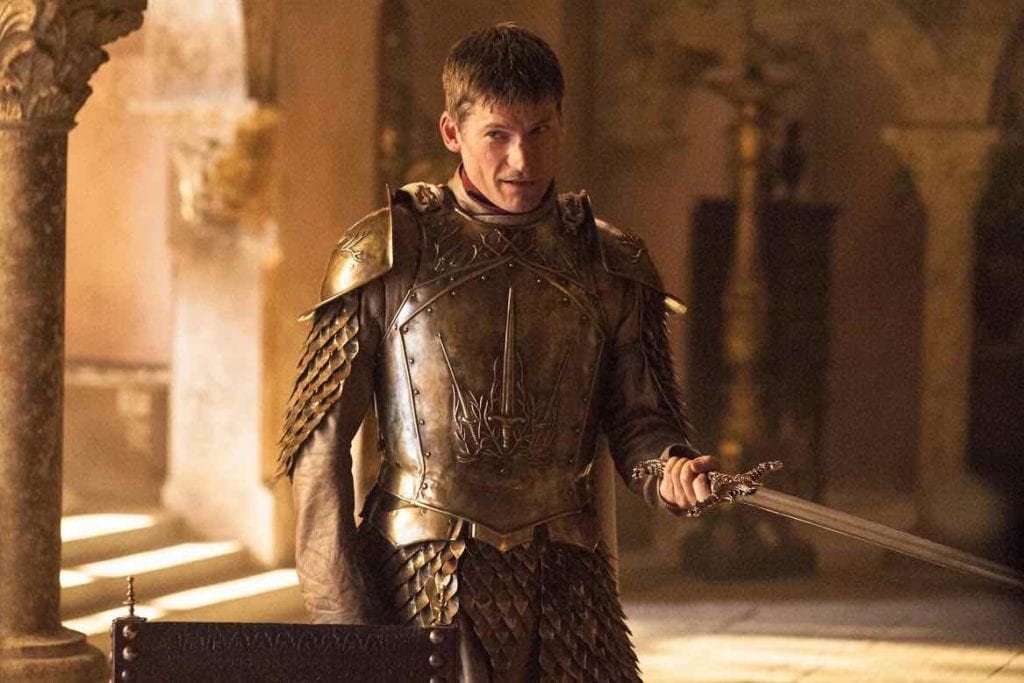 Jaime, squeezing through the smallfolk to enter the gate in King’s Landing, signals to his former lieutenant in the Lannister army, Walder, to shoo him in. (They’re all named Walder, aren’t they.) While his erstwhile underlings are about to face off against the Unsullied, Dothraki, and Northern troops, Jaime skips along deftly through the twisting, empty lanes of the capital.

Jaime signals to Major Waldor on the wall of the Red Keep to let him in, and the officer duly obeys. As the Kingslayer ascends the stairs to the Great Hall, he waves his golden hand to his old buddies standing guard. As Jaime enters the Throne Room, everyone hears the bells ring above them: the Lannisters have capitulated. Jaime is warm and loving, but Cersei is angry. “You abandoned me to suffer these fools in the capital alone!”

“Escape with me down through the tunnels before things get real. We’ll sail to Pentos in a tiny rowboat!” Jaime exhorts. 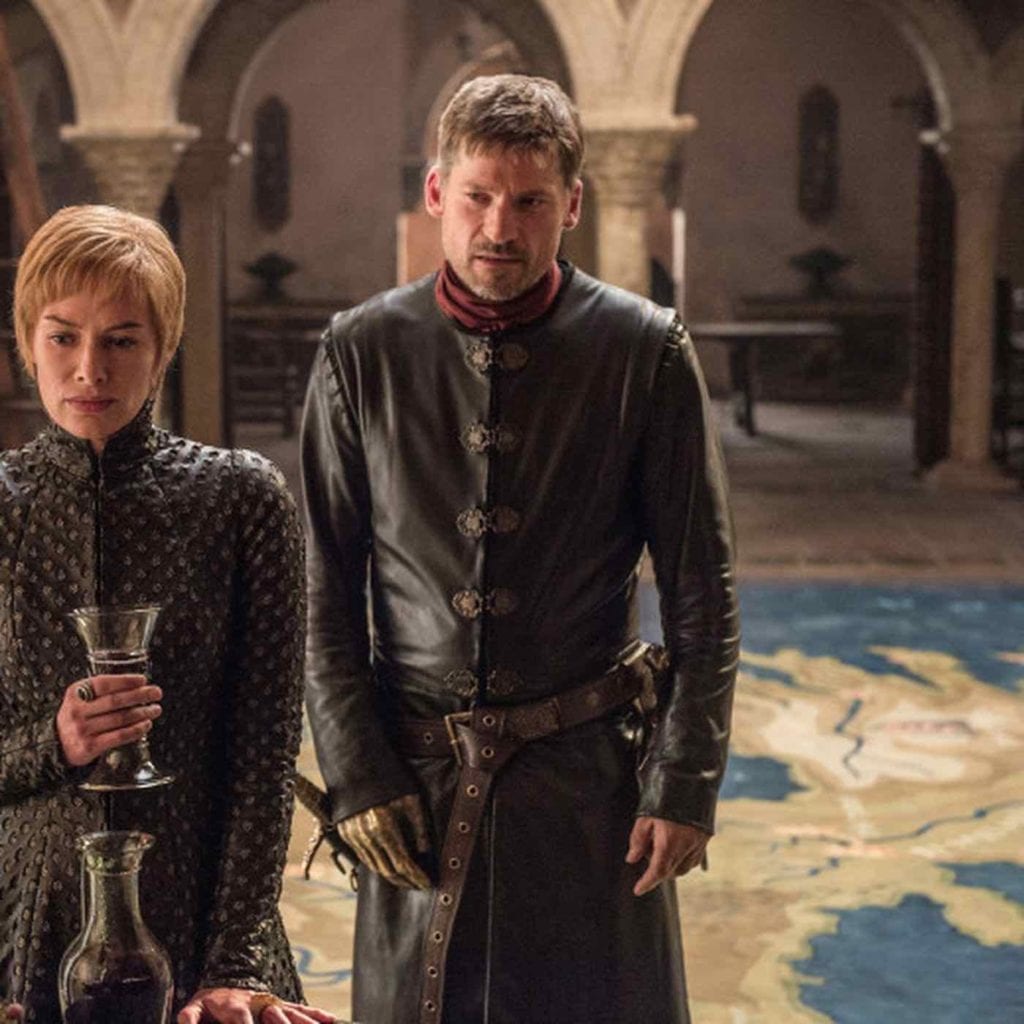 Enraged, Cersei replies: “Coward! Traitor!” She calls Qyburn over. “It’s time for Plan W! Wildfire will be their doom! Burn them all!” Cersei cackles. Before Robert the Strong can even unsheathe his sword, Jaime has dispatched the disgraced Maester and suddenly lunges for Cersei.

In a resonant echo of Jaime’s heroic murder of Mad King Arys a generation earlier, once again the Kingslayer saves the smallfolk of King’s Landing from an insane ruler, stabbing his twin sister in the heart and fulfilling Maggie the Frog’s prophecy. (Jaime is a couple minutes younger than his twin.)

Chill Auntie Dany has heard the bells and is wheeling over the capital on Drogon, calm and superior. She has won the battle – now begins the process to win the hearts of the people with kindness, wise leadership, and deep characterization from HBO’s writers room. Yeah, sure. 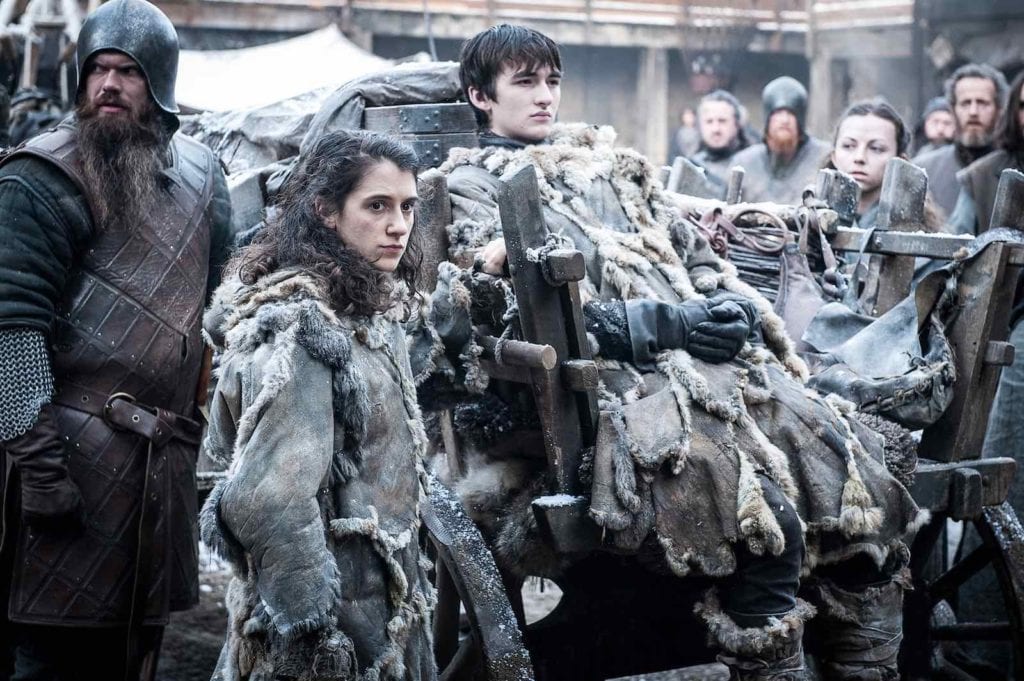 Little brother of Sansa and Robb, Brandon Stark the Three-Eyed Raven is rife with superpowers. He can see things happening in the present, visits scenes from the past and affect them a bit, and even has visions of the future. Not to mention, he possesses that ability many Wildlings and Starks have: he’s a skinchanger.

Skinchanging doesn’t only have to be about getting good camera angles to view the Night King on undead Viserion in the middle of a snowstorm cloud. Bran already warged once into his buddy Hodor a.k.a. Walder, which took something that normally applies only to animals to the next level. Why limit this extremely powerful talent to the living? 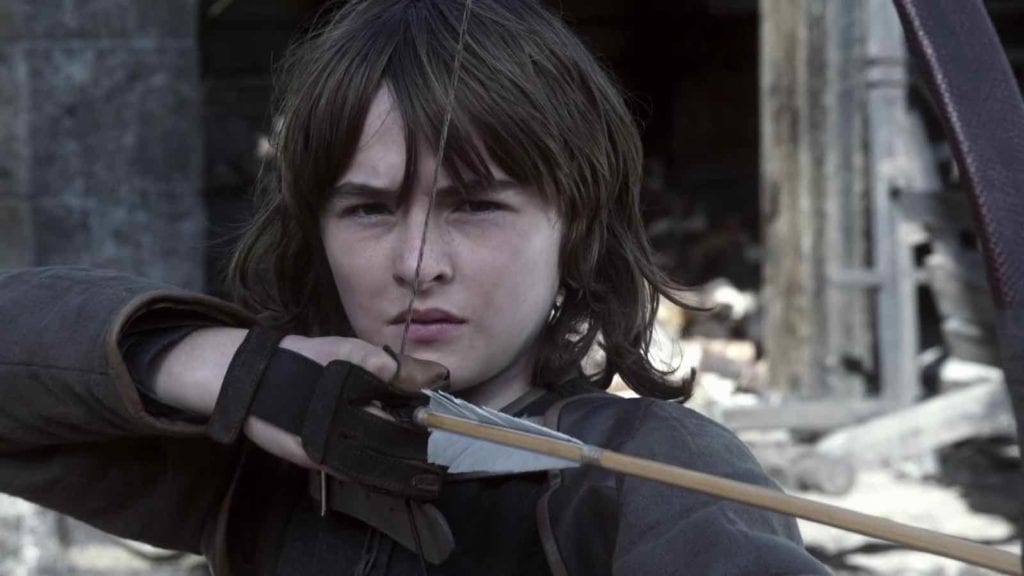 Just as the attack on King’s Landing begins, little bro Bran wargs into undead Queensguard The Mountain. In the middle of a tense conversation about scorpions and Lannister troop movements between Cersei & Qyburn, Ser Robert the Strong’s bloodshot eyes roll up into his head.

The reanimated, possessed body of Gregor Clegane proceeds to slice through the alchemist and the Queen “like carving a cake” (h/t Ser Barristan Selmy) before jumping off the side of the Tower of the Hand. Done and done and done! 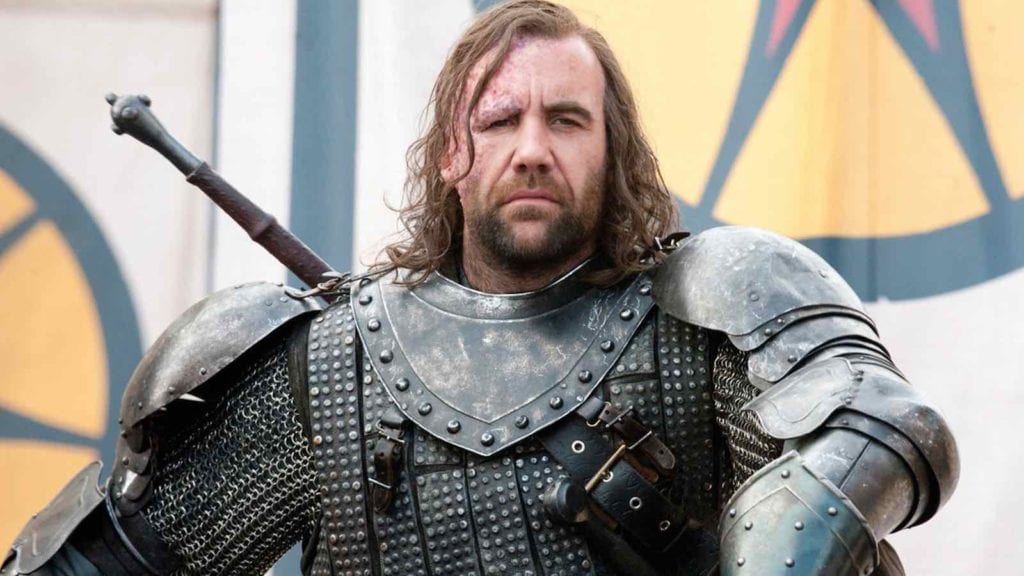 Little brother Sandor “The Hound” Clegane ascends the stairs along the tower in the Red Keep, intent on finally getting his brother back for all those years of cruelty. Gregor remembers his hatred for his sibling and disobeys Cersei & Qyburn, pushing the latter aside gruffly and cracking the scientist’s head right open on some rubble.

Cersei rushes down the stairs after she realizes she has no one in her corner. Sandor, who never really liked the imperious Queen, already has his sword drawn. With his eye on his undead brother, he absentmindedly slashes the defenseless Queen down the torso, ending her quickly and viciously.

Cersei falls down next to Qyburn’s fresh corpse just as a huge block of stone smushes them into blackberry jam. Not too fulfilling, but that vicious bitch didn’t really deserve better, did she? Nah-nah. 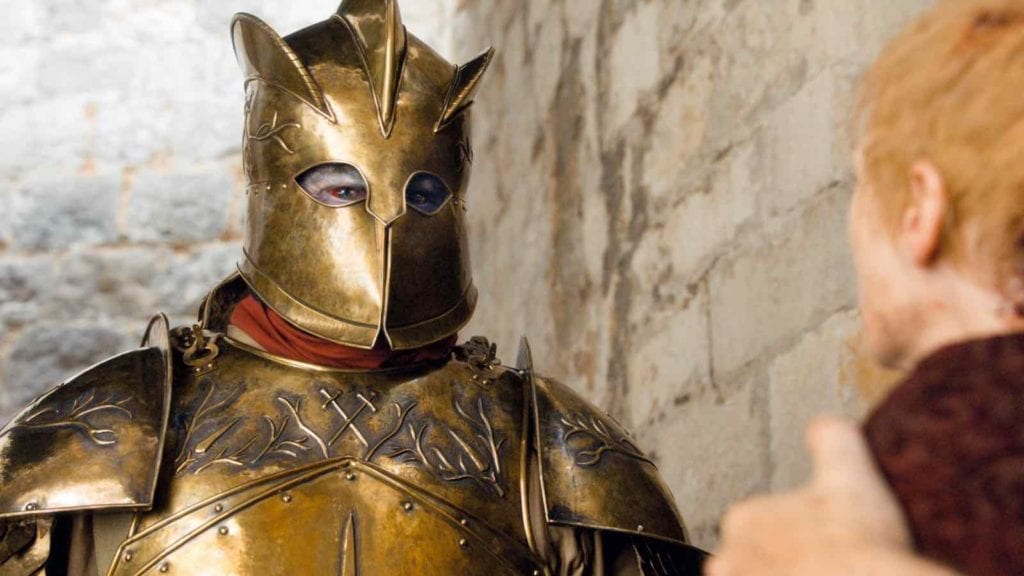 In the inverse of the above, rather than just disobeying Qyburn, The Mountain gets peeved at not only the Hand of the Queen but also the Queen herself. After throwing Qyburn brutally down the stairs onto some stones, he picks up Queen Cersei like she’s a sack of onions and tosses her right off the edge of the tower before trudging down towards the real fight with his hated little brother.

The monster she helped create turned out to be Cersei’s undoing, too! Talk about comeuppance. Zing! 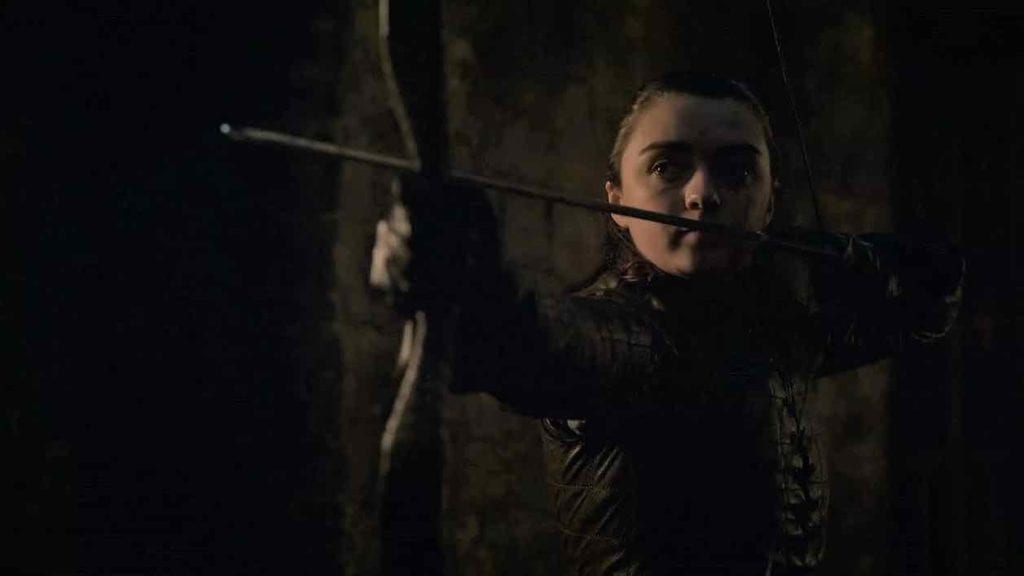 Cersei’s pregnancy has been difficult; she’s getting on in years. Just as Mad Auntie Dany’s troops gather at the gates to King’s Landing, she’s on her bed in the Queen’s chambers of Maegor’s Holdfast. Her baby wants to come out into the world a bit early.

Little tyke Tytos, named after his kindly grandfather, is sadly stillborn. Jaime has snuck into the Holdfast at the last moment to hold his dear sexy twin sister’s hand in her final moments. Complications from the birth prove too difficult for Qyburn to handle, and Cersei passes with tears in her eyes reflecting her sad twin’s desperate mug. The End. 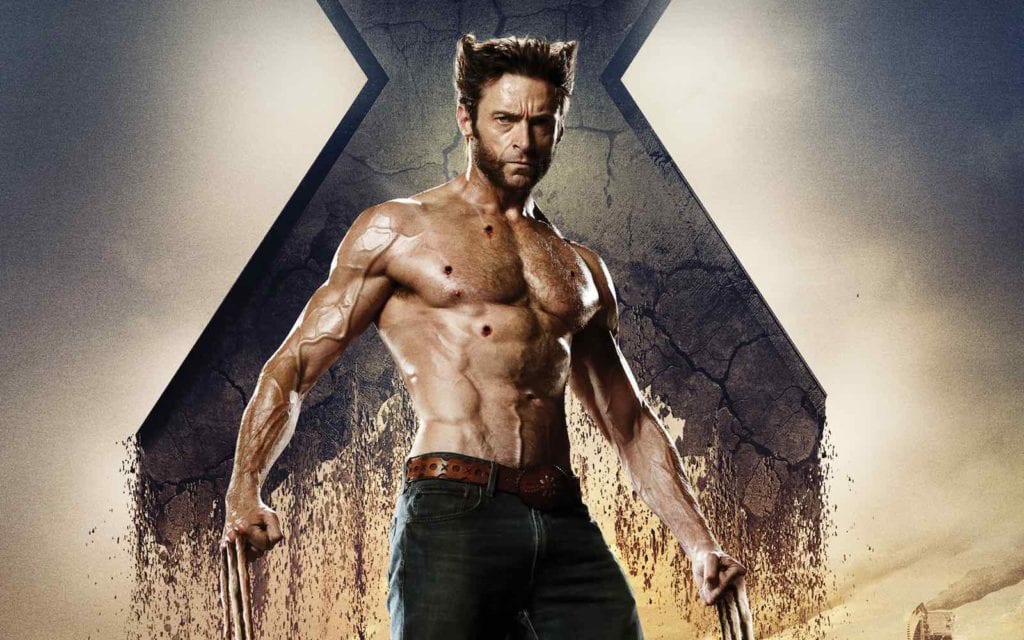 “You don’t want to end up like me, do you?” inquires The Hound rhetorically. Arya, ever one to subvert expectations, takes it literally.

“You’ve survived this long, haven’t you? I’m a survivor, too.” The young wolverine pushes past the grizzled warrior up the crumbling stairs. Flipping and vaulting from balustrade to archway, she somersaults over The Mountain, stabbing Queen Cersei through the heart, before cartwheeling back down the stairs to safety past The Hound. Lickety-split. 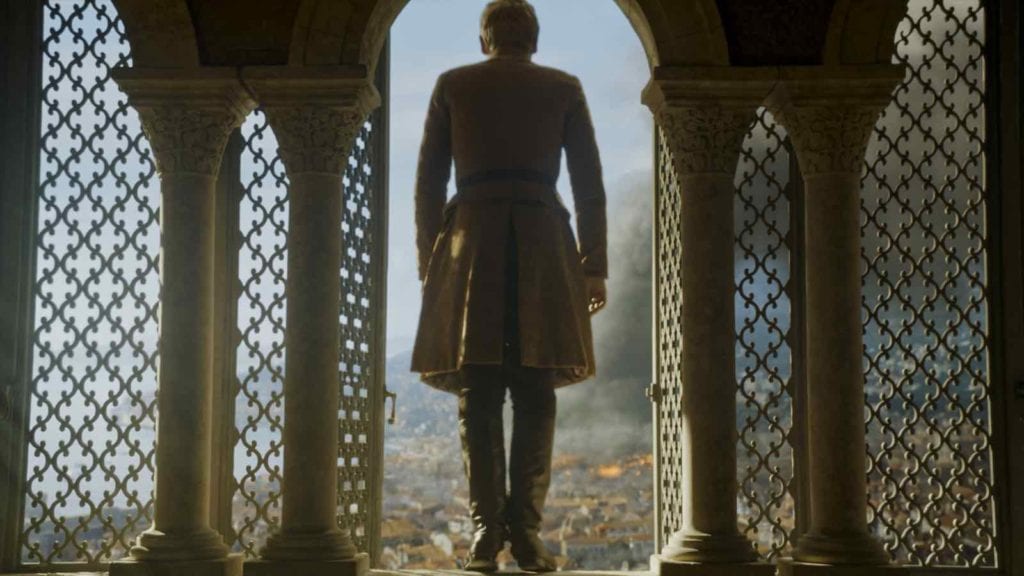 Standing in the archway of the Tower of the Hand just as her son did a couple years earlier, Cersei gets ready to jump. “Your Grace, no! We can win this without scorpions or any troops that are loyal to us!” exclaims Qyburn, rushing towards her.

“Jaime!” Cersei yells into the burning city below as she plummets to her doom. Meh. 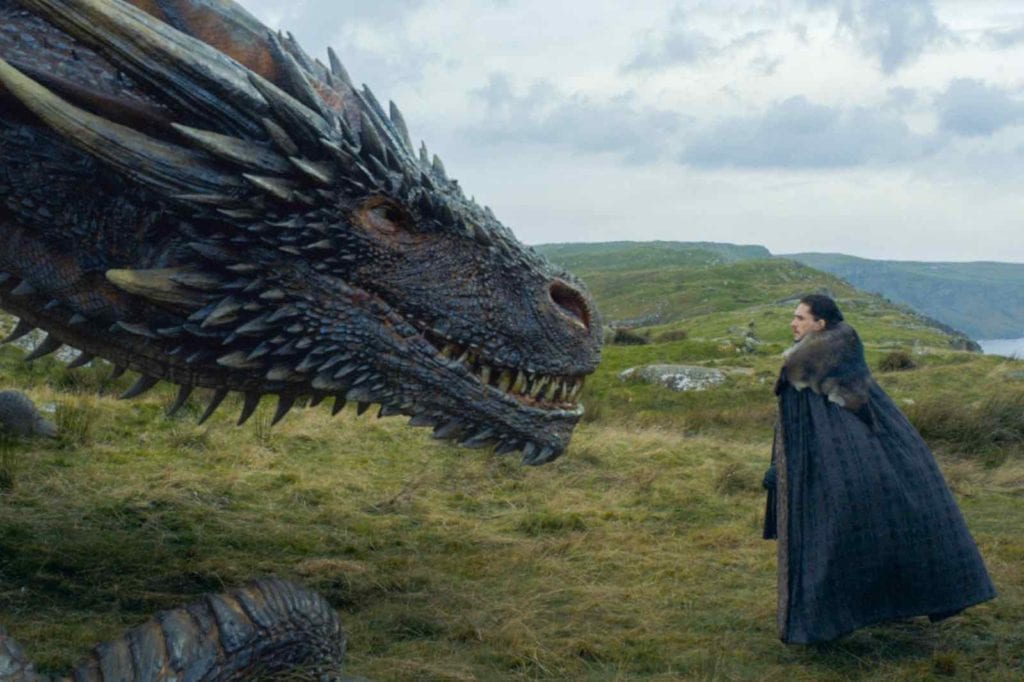 Dark Auntie Dany decides to destroy the Red Keep, symbol of the tyranny of the crown over Westeros. Making a beeline through the scorpionless city on Drogon, she espies a certain blond queen atop the Tower of the Hand.

Swooping across the cityscape, revenge flickers in Daenerys’s eyes. She deftly circles around the cliffside, dodging the sparse arrows from the Lannister archers guarding the Red Keep’s flank. Qyburn and Cersei are trying to see where she’s gone. We cut to Dany’s face: “Dracarys”, she cries.

A massive column of white-hot flame bursts through the tower observation deck, burning Cersei, Qyburn, The Mountain, and a couple random handmaids to a crisp. Vengeance unlocked. 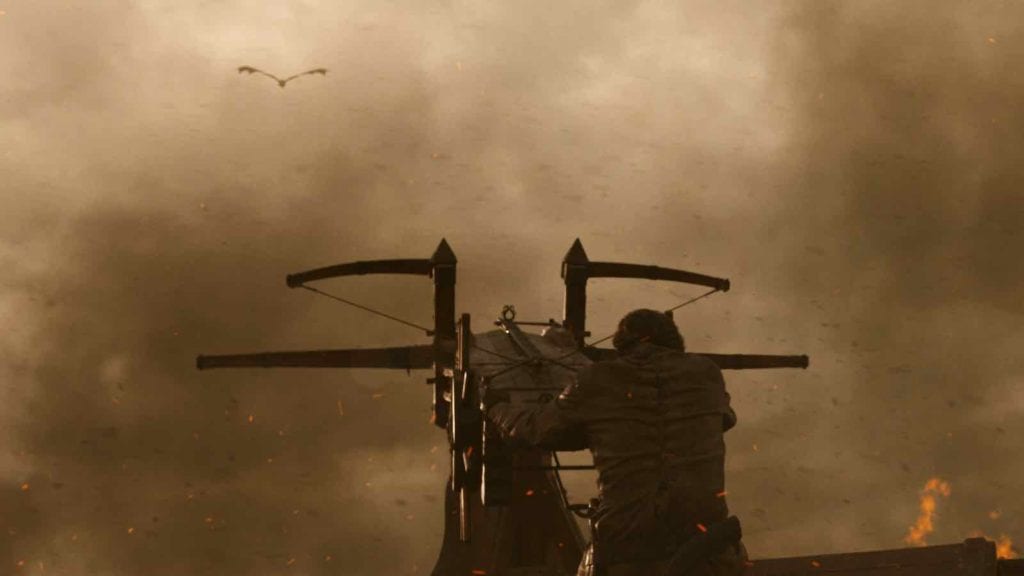 We’ve gotten to the point in this article where only inanimate objects can suffice. After all, the motivations of Game of Thrones’s characters haven’t made sense in four seasons.

Dark Auntie Dany is soaring on Drogon towards the tower early in the battle for King’s Landing, risking everything to bring down the queen. Scorpions wildly fire giant bolts hither & thither.

As Drogon approaches the Tower of the Hand, the scorpions nearby start to “feel the Euron” and get pretty close. Dany wheels out with some defensive aerobatics. Just then, a junior Lannister scorpioneer fires a couple bolts right at a load-bearing colonnade in the tower. The observation deck collapses right on top of Qyburn and Cersei, suddenly smashing them to a pulp. Whoops!