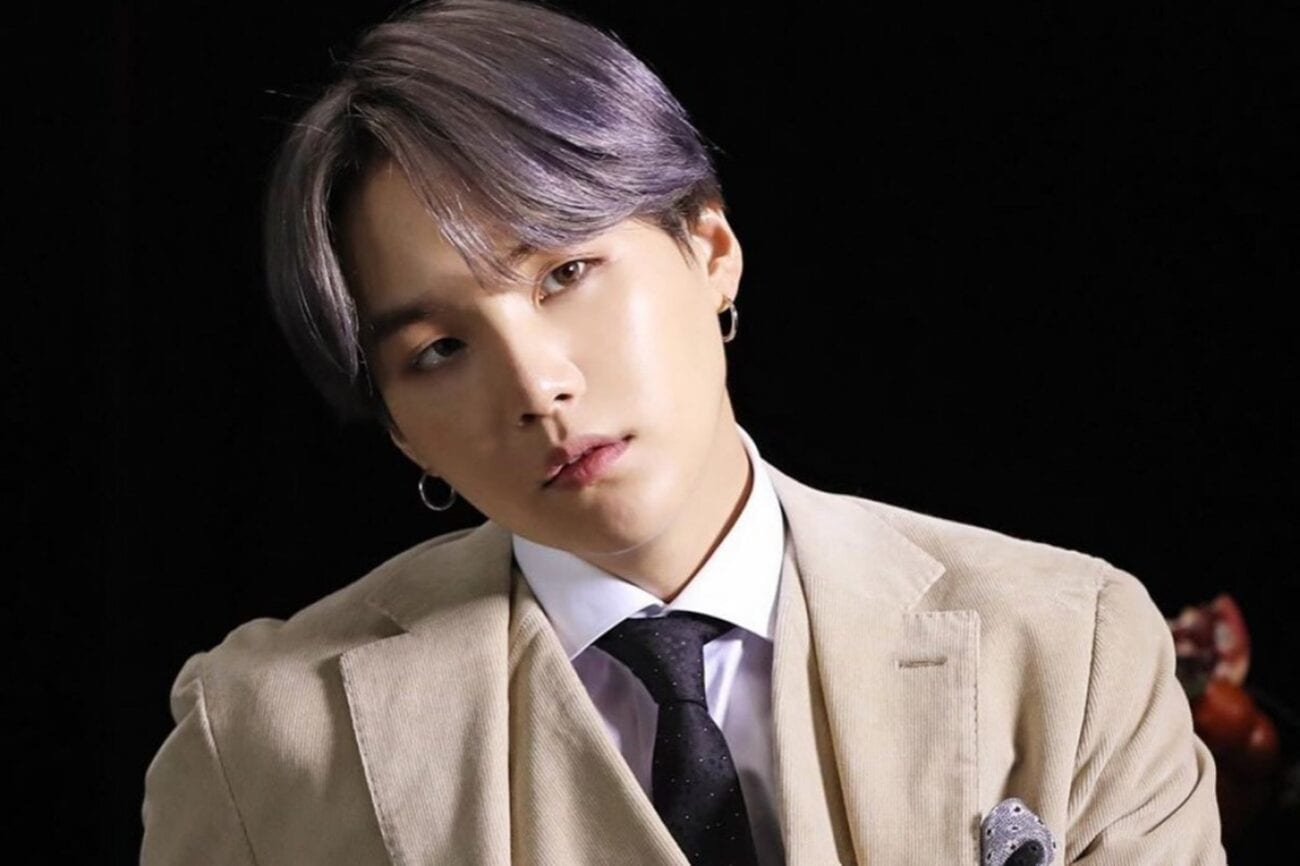 Are you sweet enough for Suga? What the BTS member wants in a GF

BTS is notoriously stingy when it comes to public romance. None of the group’s seven members have admitted to having a girlfriend, as they prefer to focus on their career & their ARMY fan base. That being said, some of the members have discussed what they look for in a girlfriend, whether it be personality or personal style.

Suga, born Min Yoon-gi, is perhaps BTS’s most articulate member when it comes to the topic of a “dream girl.” He’s talked about the sort of characteristics he likes on multiple occasions and even specified the kind of musical interests he would like his future lover to have. He clearly knows what he wants. Read on to find out if you fit the description! 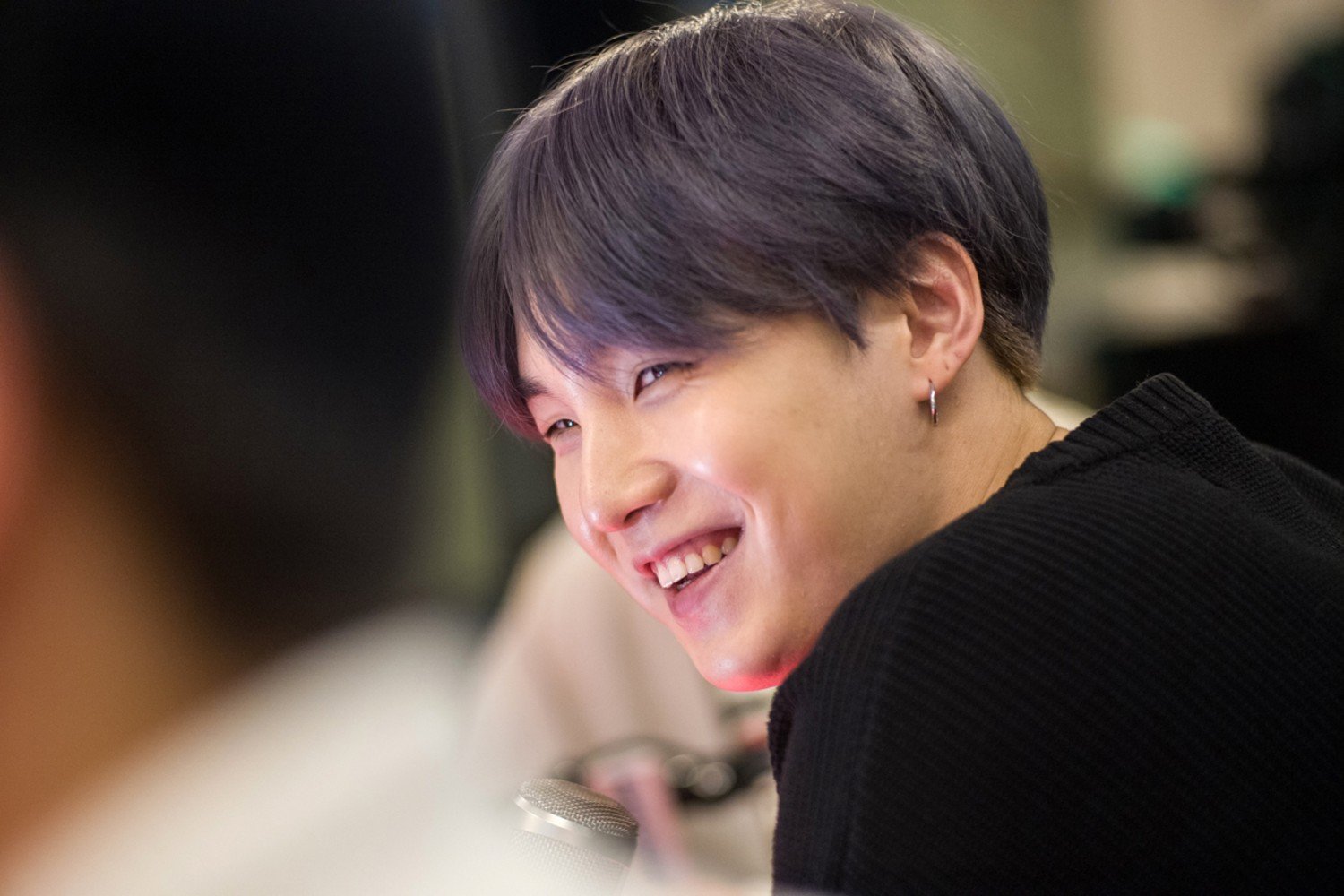 Suga told Somag News that his ideal girlfriend would have a peaceful manner but would also have a great sense of humor. The BTS singer claimed that he doesn’t laugh as much as he’d like to, so the notion of a partner who can crack him up on a regular basis is very appealing to him.

Suga has said before that personality is more important to him than appearance. During a 2014 interview with Oricon Style, he admitted to being open to different orientations & different genders so long as he made a legitimate connection with the person. “I focus on personality and atmosphere,” he said. “I don’t have an ideal type and it’s not limited to a girl.”

Suga has also admitted to being the short-tempered member of the group, so he wants a partner who can balance that out with reassurance & kindness. 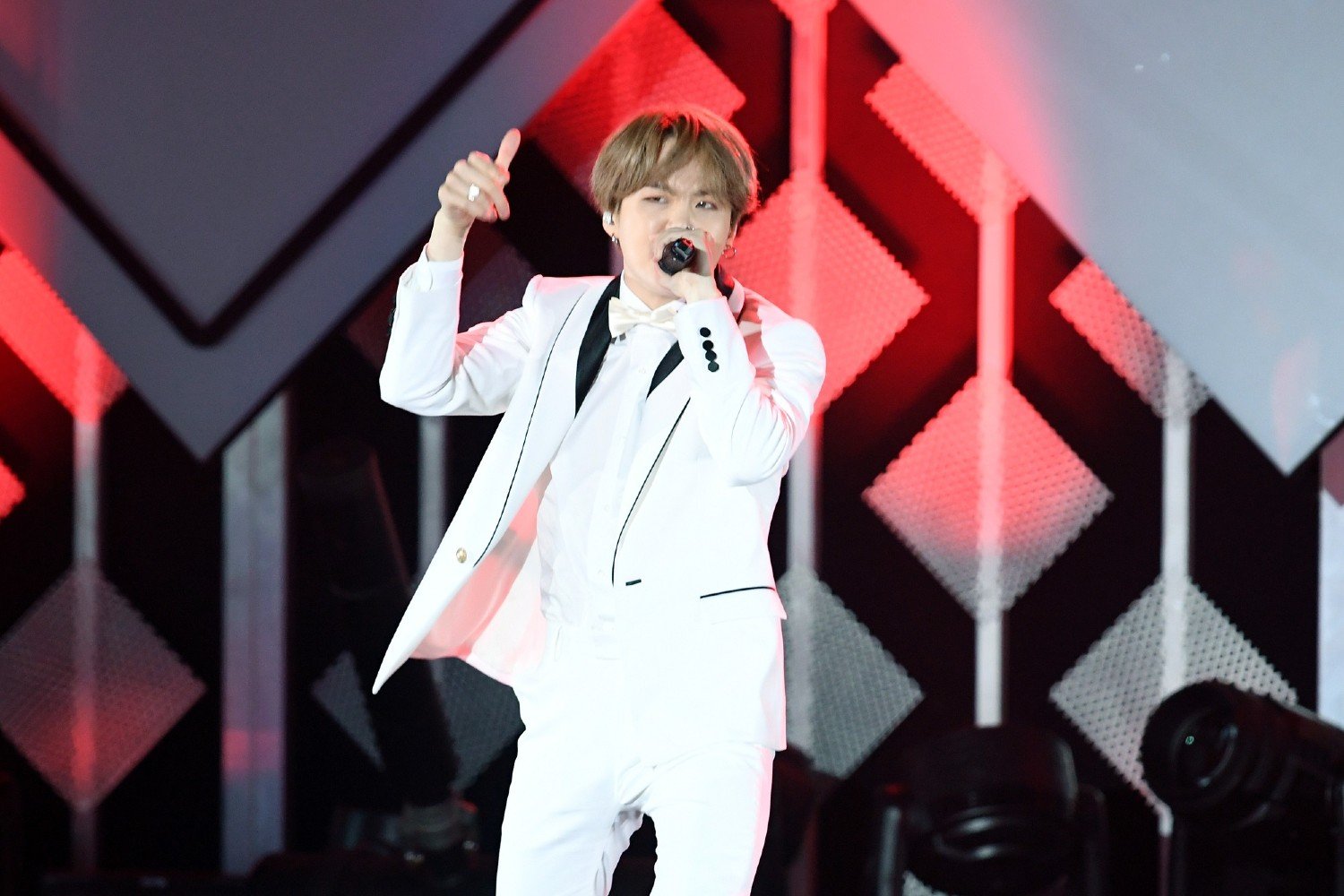 Music is the driving focus of Suga’s life, so it makes sense that he would want a partner who shares his tastes. He told reporters he wants a girlfriend who listens to hip-hop music more than any other genre, and specified that he likes the notion of her listening to hip-hop with large headphones.

Suga admitted that his specificity may strike some fans as odd, but that it’s a visual cue that always catches his attention. “For me it’s not clothes, but mine is a little odd,” he explained. “A Hi-Fi (High Fidelity) headphone. Kind of like when you see people carry around expensive electronic devices. When I see a girl with that kind of headphone, like, she attracts me.”

The BTS singer wants someone he can bond with, and he considers musical taste to be one of the most significant connectors. “It would be nice if she had similar hobbies or preferences as me,” he added. “It would be great if she [has] a lot of interest in music. Then, we will have a lot more to talk about.” 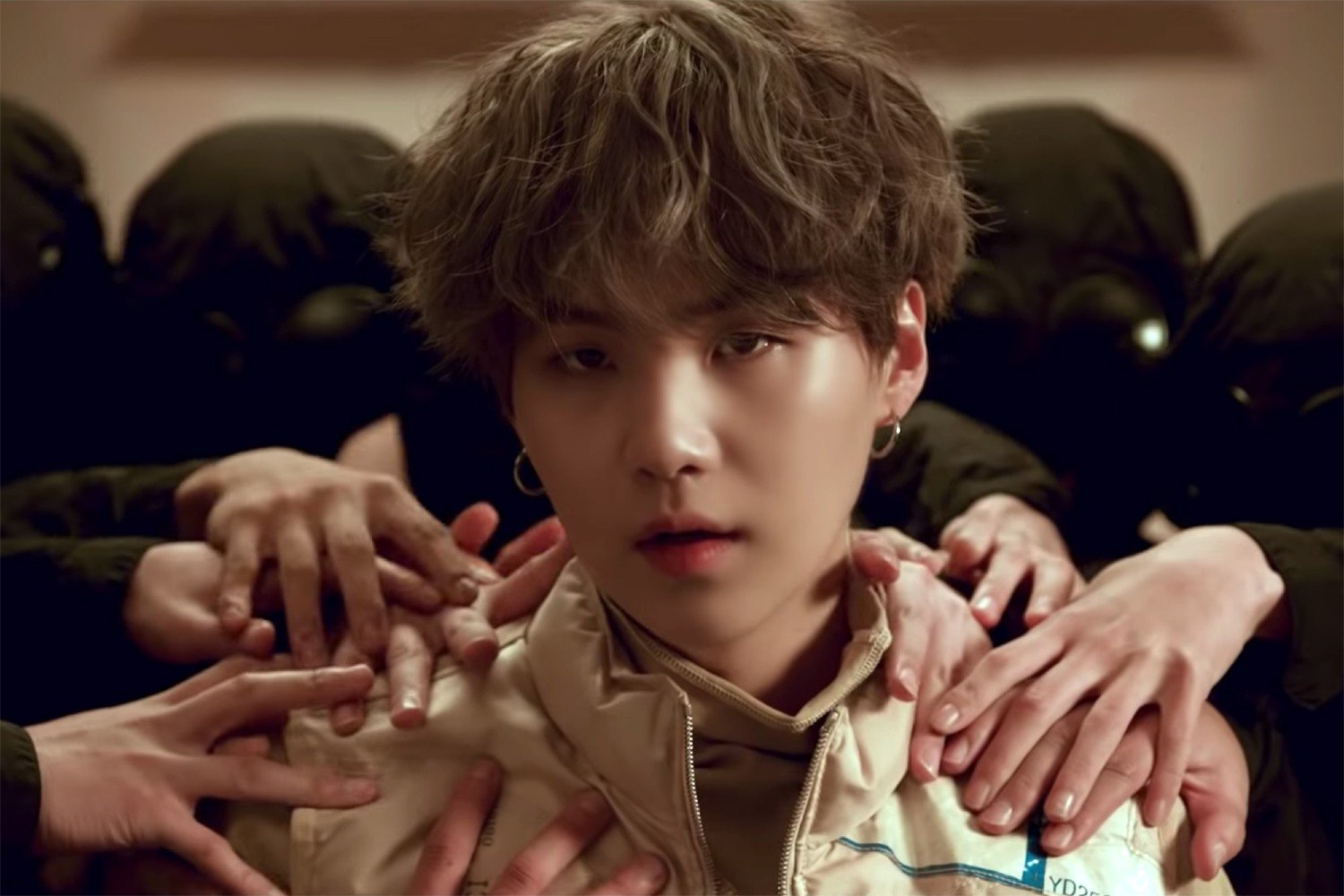 Suga spends most of his time recording music or touring the world. If he were to start dating someone, it would probably have to take the form of a long distance relationship. During an interview with KoreaBoo, most of the BTS members agreed that Suga would be the one to attempt a long-distance romance.

Suga agreed with his group’s assessment. If anything, the singer said that long distance may even suit his personality better than an everyday routine. “I perhaps would like the other person even more if I’m in a relationship with a person on the other side,” he admitted. “Usually I can’t stand meeting every day. I think it’s enough to meet once a month. But it’s probably because I haven’t thought about love since work is still my priority.”

In truth, Suga hasn’t been in a relationship since he was in eighth grade. He was dating a girl while he was pursuing stardom with Big Hit Entertainment, but they broke up when he was accepted as a K-pop trainee. 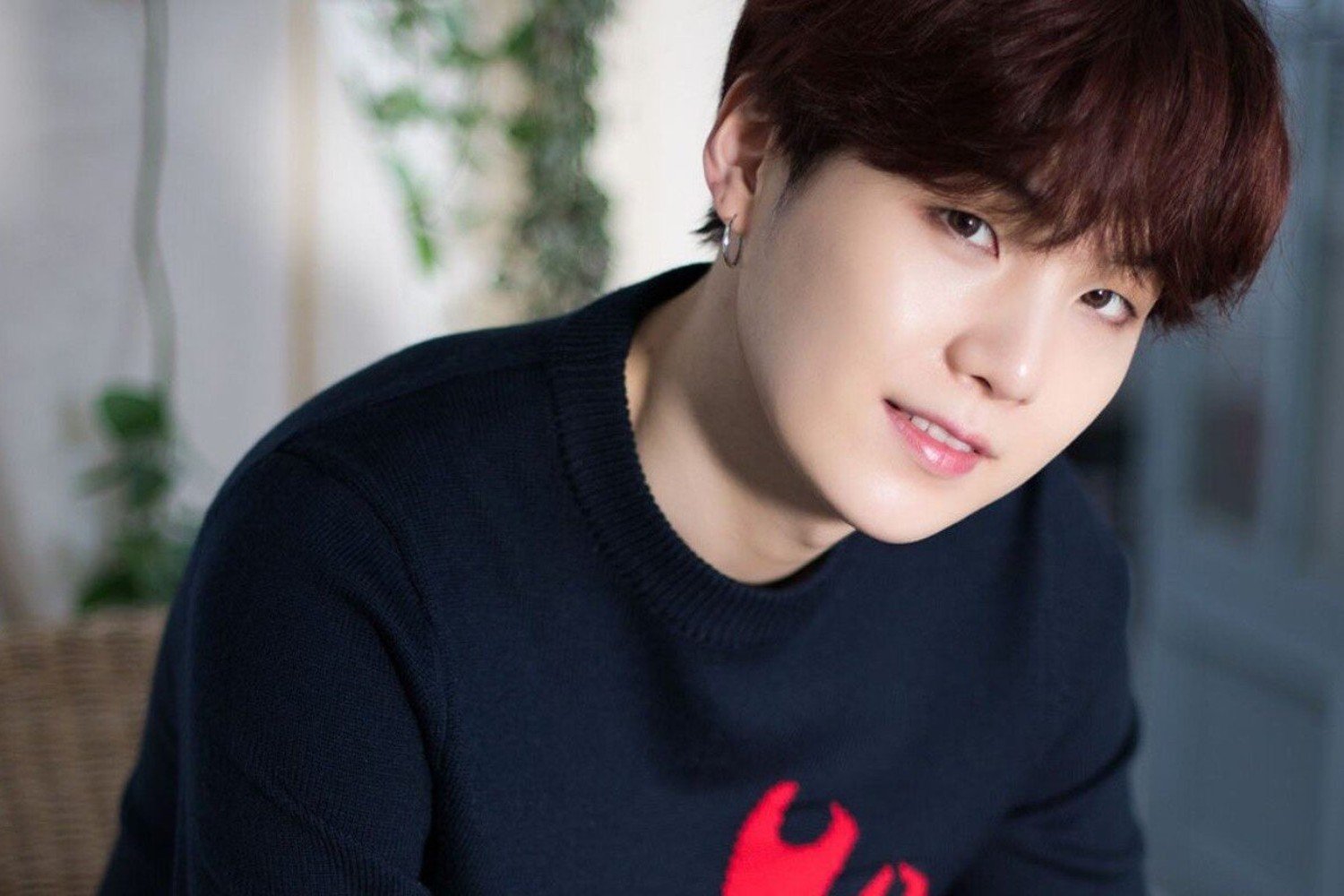 Suga has given a variety of different answers when it comes to characteristics that catch his eye. He told fans that he loves a “genuine smile” and that his favorite scent for women to wear is mint. He also admitted to liking women from Australia. Suga told SBS PopAsia that he loves performing in the Land Down Under, and that Australian fans are some of the most passionate in the world.

“I missed Australian fans so much,” he gushed. “I wanted to come back because we all have such happy [memories] in Australia. The fresh air & the nice people were the best thing.”

In a 2014 interview with Hanryupia, Suga assured his future partner that they would never tire of his boisterous personality. “You could never fall out of love with me,” he asserted. “I’m the type of guy who makes the first move.”