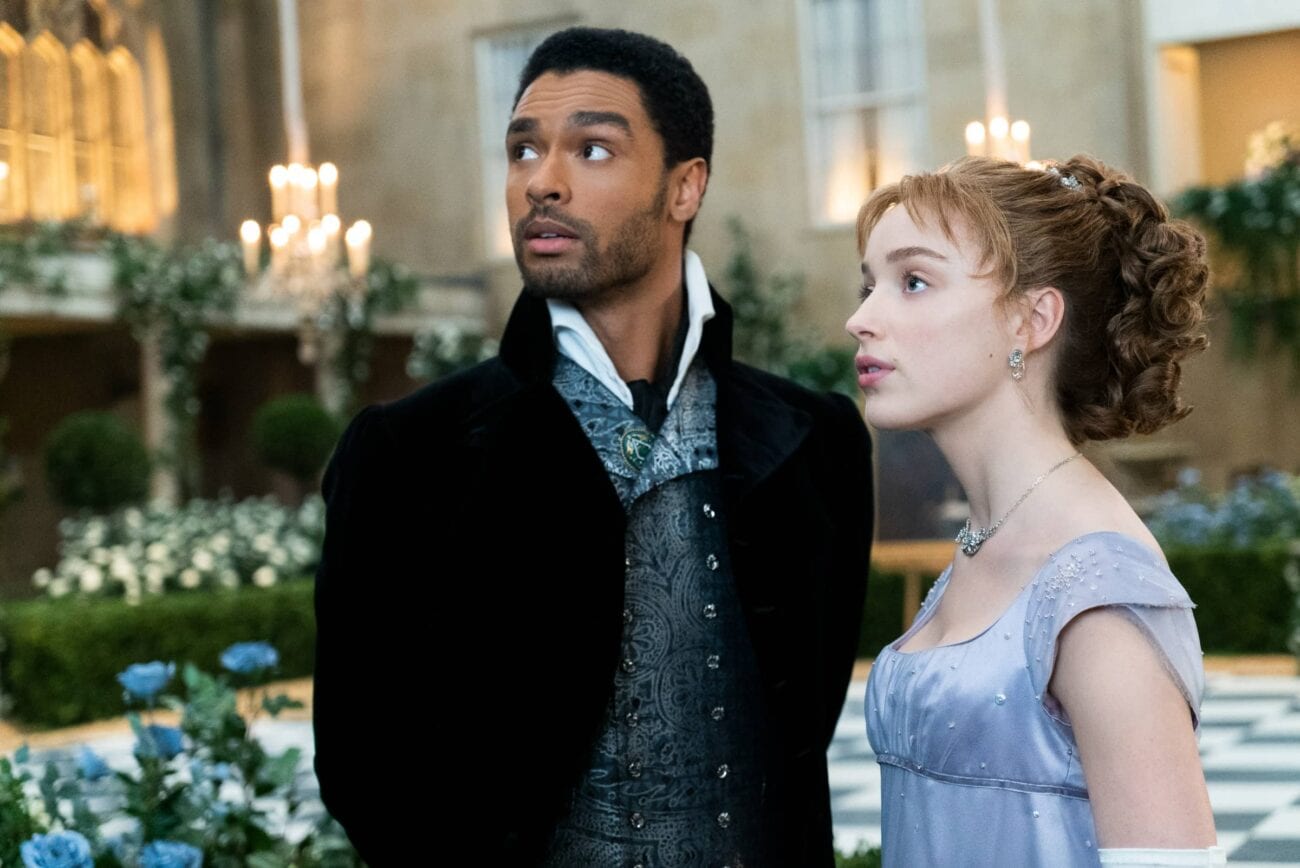 ‘Bridgerton’: How do the stars feel about watching their own sex scenes?

If you’ve seen Netflix’s Bridgerton, then you know it can get steamy pretty quickly. The hit show doesn’t have a TV-MA rating for no reason! The romantic drama series became an international success after its release last year. It makes sense why the show’s stars would want to watch the series with family members, right? Well, some scenes they were in might be a little uncomfortable for them to watch with their folks.

Leading us to ask: how do Bridgerton actors feel when watching their own sex scenes with their mom & dad? Bridgerton’s Regé-Jean Page & Phoebe Dynevor spilled what it’s really like having to watch the spicy series with the whole fam around! 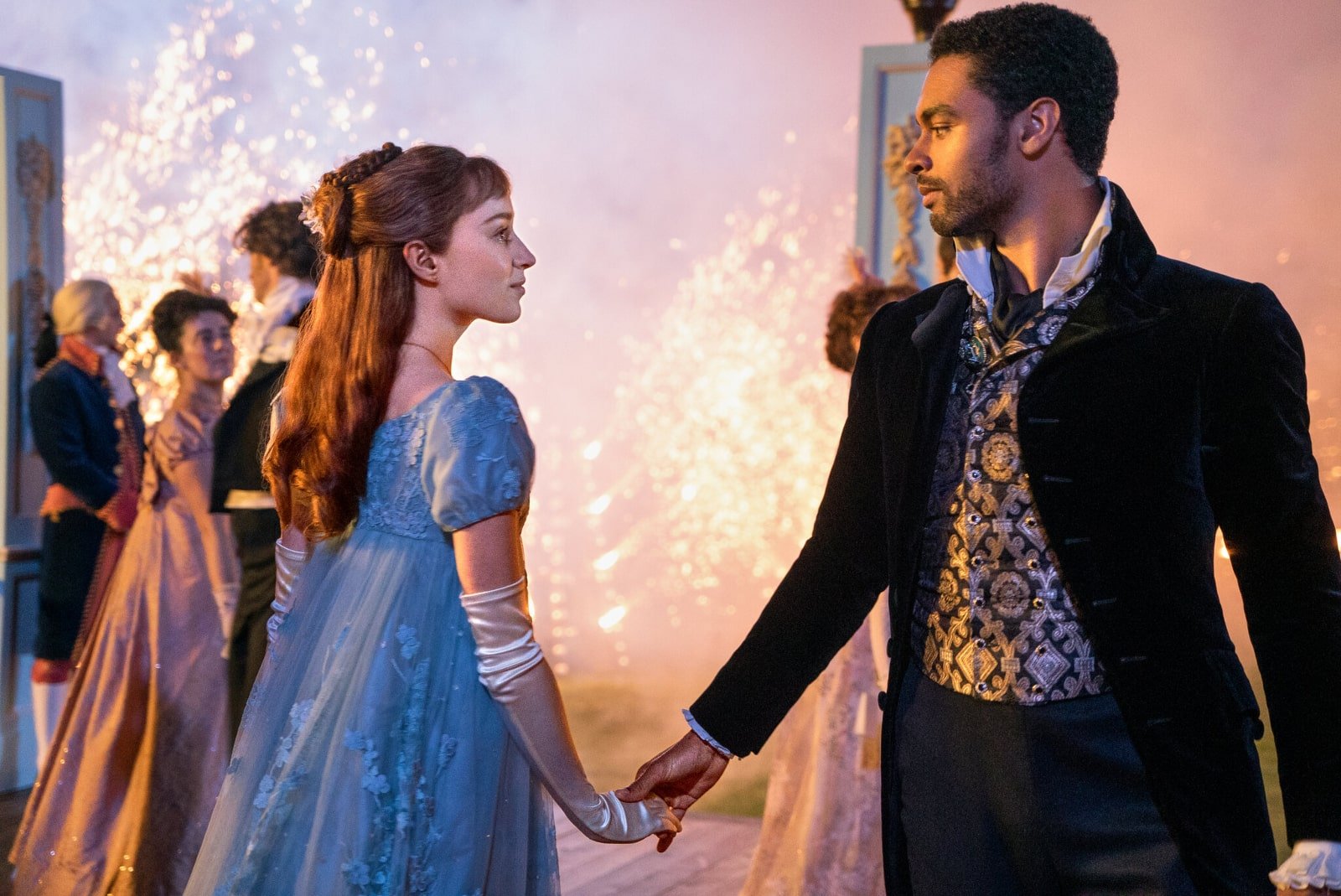 However, due to the series’ success, Page’s family has decided to push through the awkwardness. “My family doesn’t want to be overwhelmed by my backside, specifically, too often,” he said, “but they’ll take it on this occasion because everyone seems to be terribly happy.”

The actor described how he had mixed feelings while watching the Bridgerton sex scenes. He was both proud of the scenes’ intensity, and didn’t exactly want to watch them! “I think people were grateful for the intensity of the romantic aspects of Bridgerton; I’m not sure how grateful I was to watch it for myself,” he continued. “It was overwhelming. But I think people were looking to be overwhelmed.” 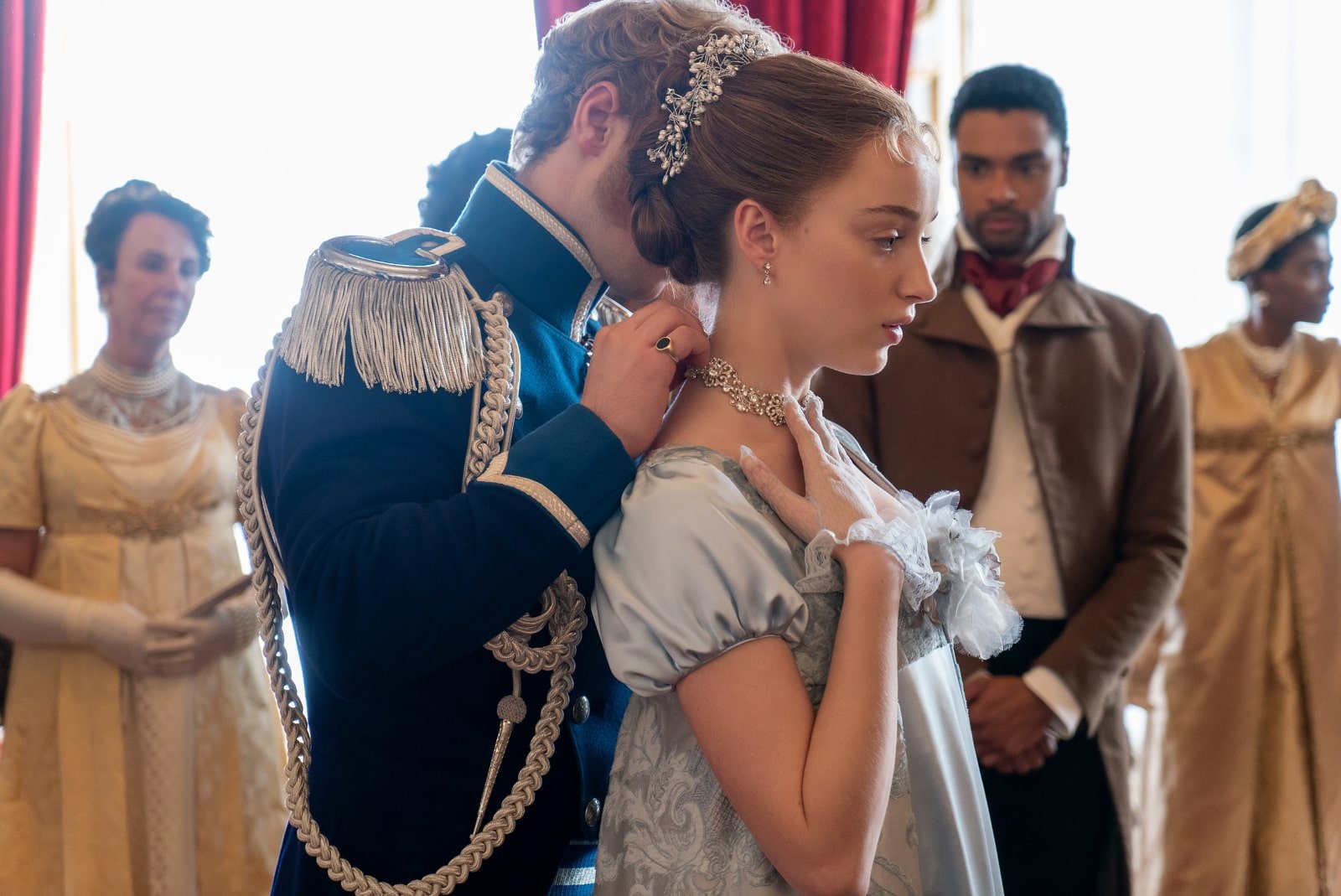 Phoebe Dynevor had to be on “high alert”

Bridgerton’s lead actress Phoebe Dynevor had a similar experience when showing the Netflix series to her family. Except Dynevor had the entire family in the same room watching the sensual show!

“I watched the show with the whole family, even the grandparents managed to watch it,” she told The Daily Star. “I had to sit there and fast forward on high alert with the remote control. We managed it just about.”

We agree that being on remote control duty would be the only way to watch the show with our grandparents! Perhaps Netflix should provide a family-friendly version of Bridgerton . . . 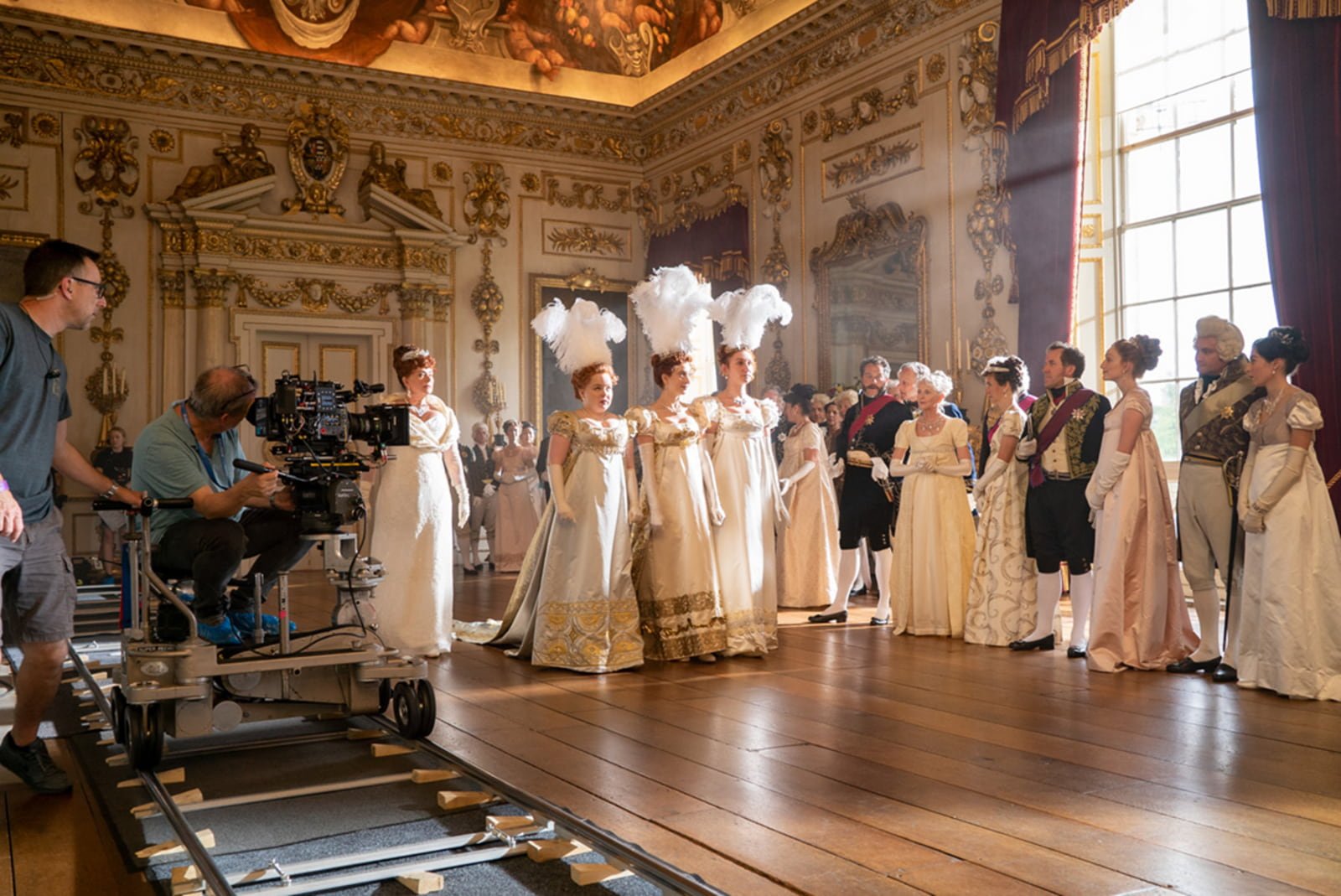 Dynevor discusses how it was to film the sex scenes

Dynevor has previously detailed the importance of the show’s representation of female sexuality. “In a lot of the Regency stuff we’ve seen in the past, we see a very composed woman,” she explained. “There’s not much sexuality there. It’s very much the male gaze. I wanted to make [Daphne] feel modern and have sexual desires, as women do, and have a lot going on that isn’t surface level.”

“That would have been awkward. I felt so safe in the knowledge that Lizzy was there, so that if something went wrong or the director wanted something different he could speak to her first. I think it would have been a very difficult experience if Lizzy hadn’t been on set protecting me and looking after me” she added. “No one wants to be told how to orgasm by a man.”

Lizzy Talbot spoke with Glamour about the importance of female pleasure in the show. “It’s the sexual awakening and sexual education journey of Daphne, which was certainly not something that we had seen before in this magnitude”, she explained. “There wasn’t going to be much holding back when it came to female pleasure. We wanted to see orgasms. We wanted to see something that wasn’t just penetrative sex.”

What do you think about the sex scenes in Bridgerton? Which moment is your favorite from the captivating series? Let us know in the comments below!