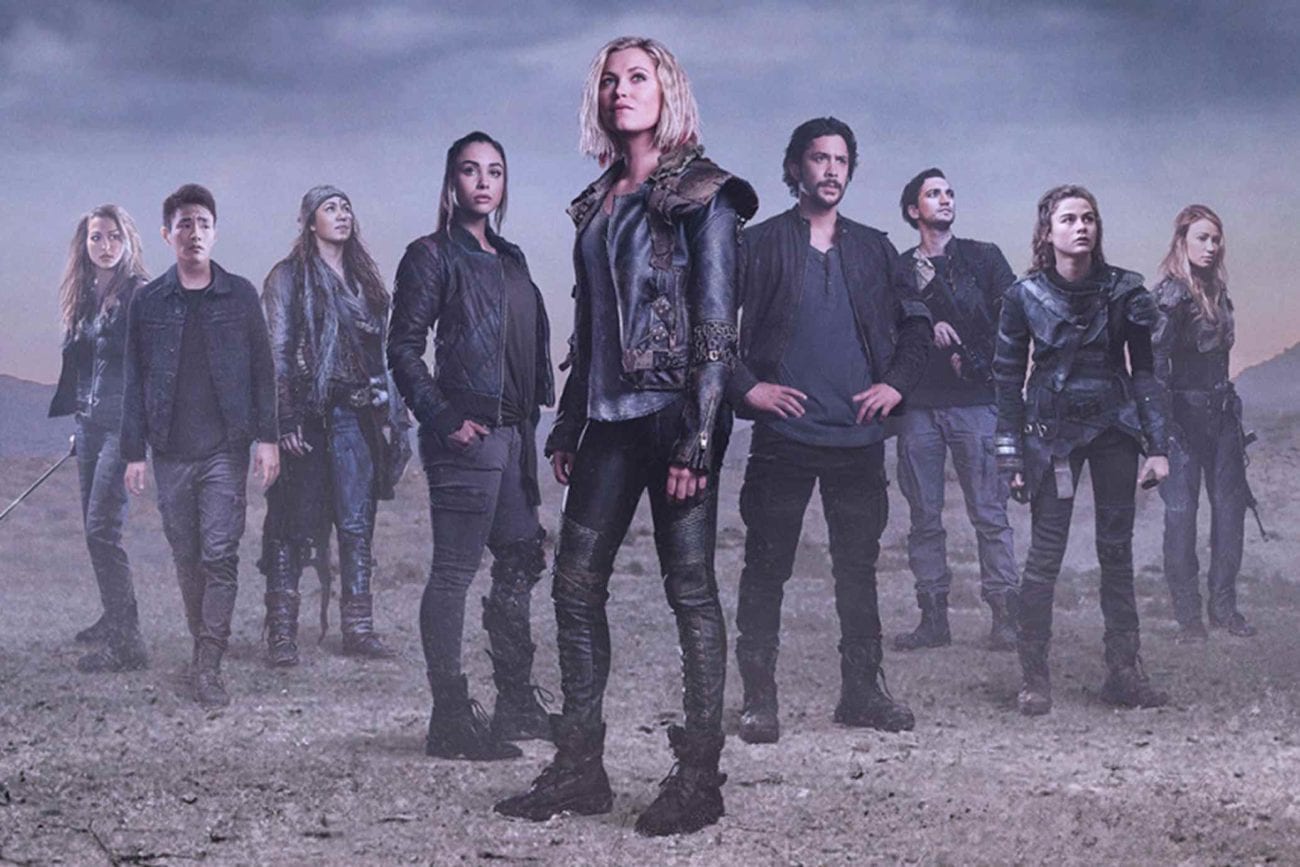 Bingewatch Award Finalists: Here’s why to vote for ‘The 100’

Plenty of TV shows on the air these days dive into the complexities of what it takes for a woman to survive.

Across the seasons, The CW’s The 100 offers its own harrowing conjecture on what true survival looks like for women – and it arguably does so better than any other show on TV. The 100 can be suffocatingly nihilistic, but the female characters are full of fight and tenacity, even when faced with total ruin.

It helps that The 100 features some of the most complex female characters seen on the small screen – particularly for a sci-fi show focusing on an apocalyptic narrative.

The 100 is a finalist in our annual Bingewatch Awards. You have until Saturday, September 7th to vote for your fandom favorite. We’re breaking it down into two important and controversial categories: Best U.S. Streaming Platform & Best Show to Bingewatch. Make sure to tell us your favorites and  tweet at us when you’ve voted for your faves.

Here are all the reasons to vote for The 100 in the Bingewatch Awards. 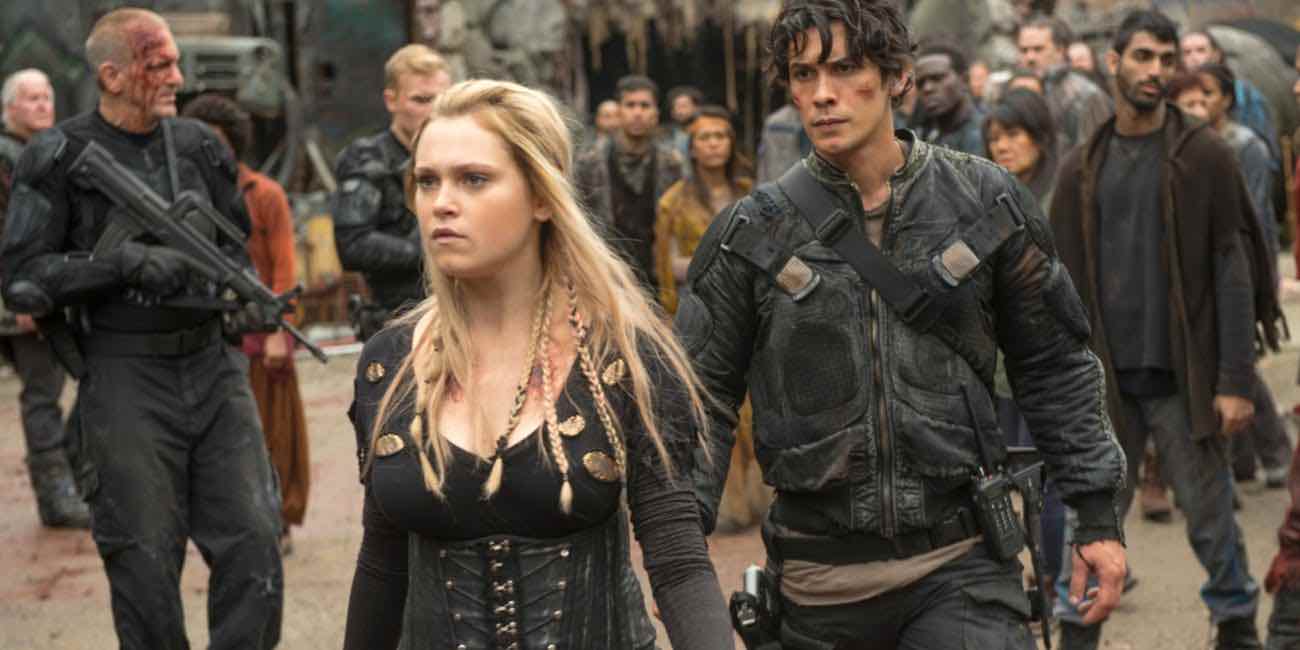 Sisters are doing it for themselves

As The 100 saying goes, “There are no good guys.” – and that follows through in the crafting of the female characters. They’re often morally ambiguous and given the same freedom as their male counterparts to make mistakes, be unmerciful, or to murder people when there are other options available. 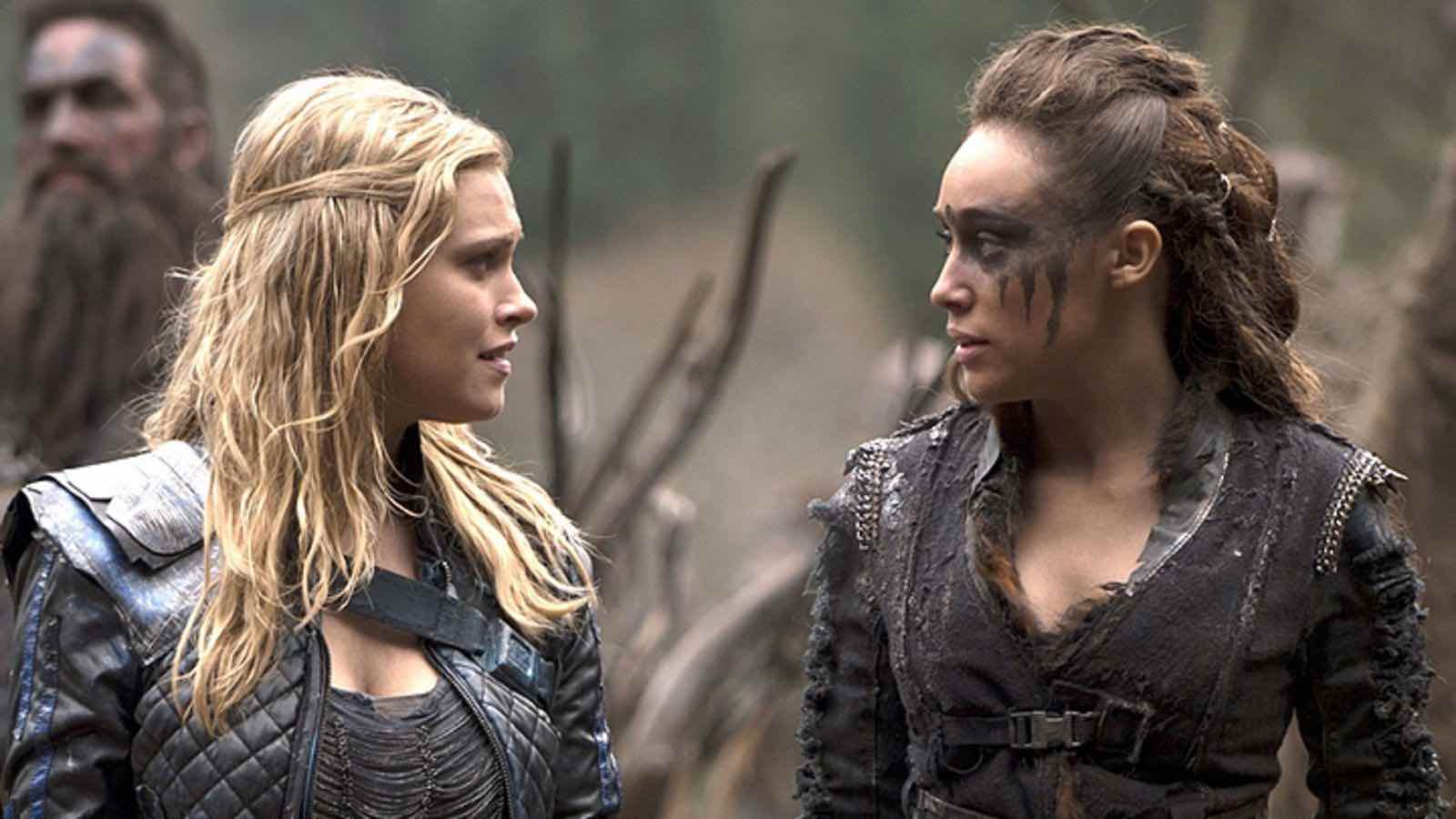 The 100’s characters aren’t solely constructed based on their gender, and thankfully aren’t developed using the same old tedious tropes that many other sci-fi shows have a habit of using. Instead, as SyFy pointed out, the women of The 100 are “grounded in a reality not often afforded to women in sci-fi.”

“In the world of The 100, there are no good guys, but it’s pretty revolutionary to see a show committed to doing right by women who behave badly. They’re not cautionary tales, they’re not there simply for the audience to root against. 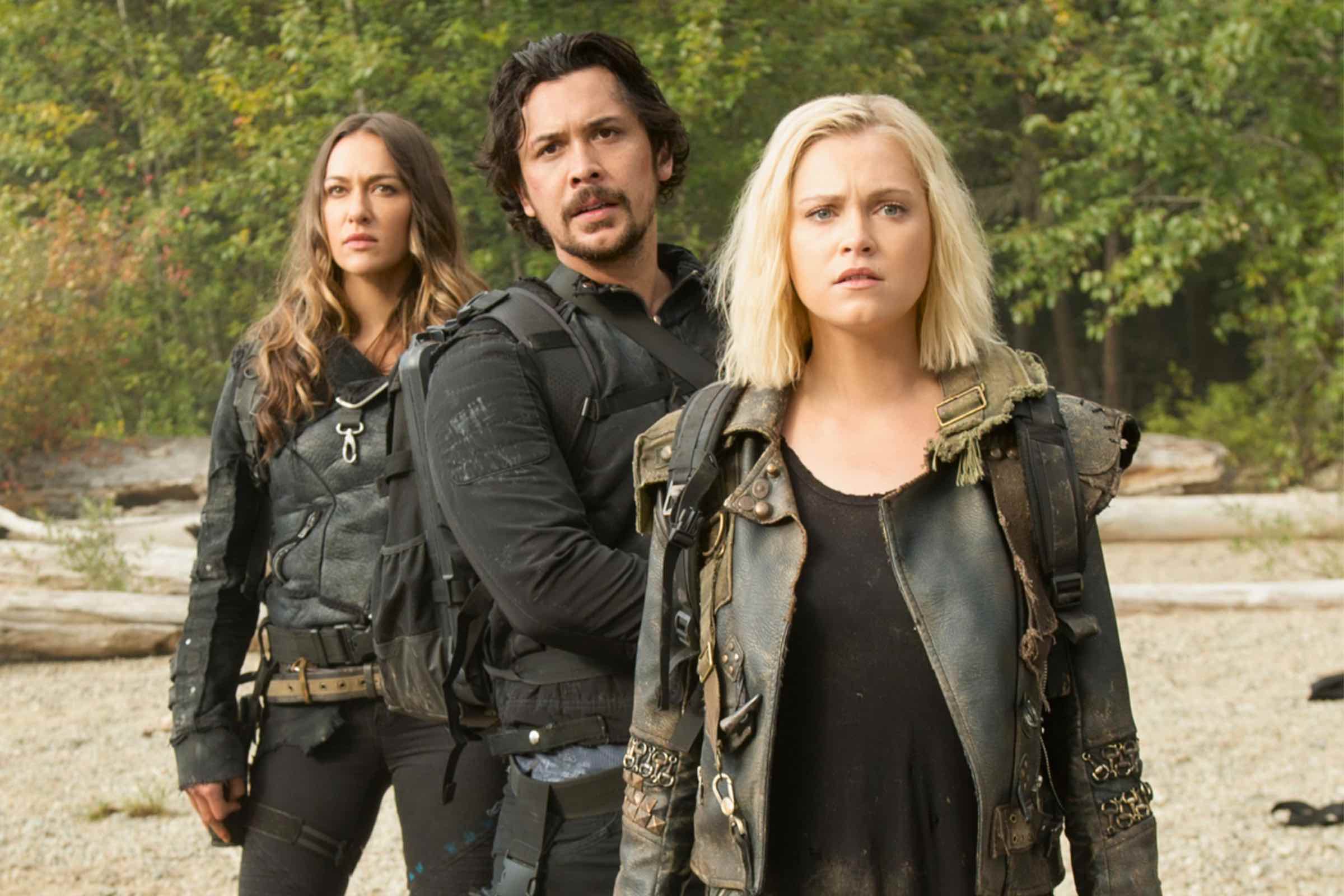 “They’re there to pose a question. Why are we rooting for these women? Why are we condemning them? TV rarely asks that of us, especially when it comes to female characters who don’t follow a prescribed mold.”

In S5 of the show, those questions have been amplified louder than ever. Between all the weird mother-daughter relations, cannibalism, AI possession, and gratuitous bug-eating, the women of The 100 have faced some unconscionable challenges with outrageous outcomes. 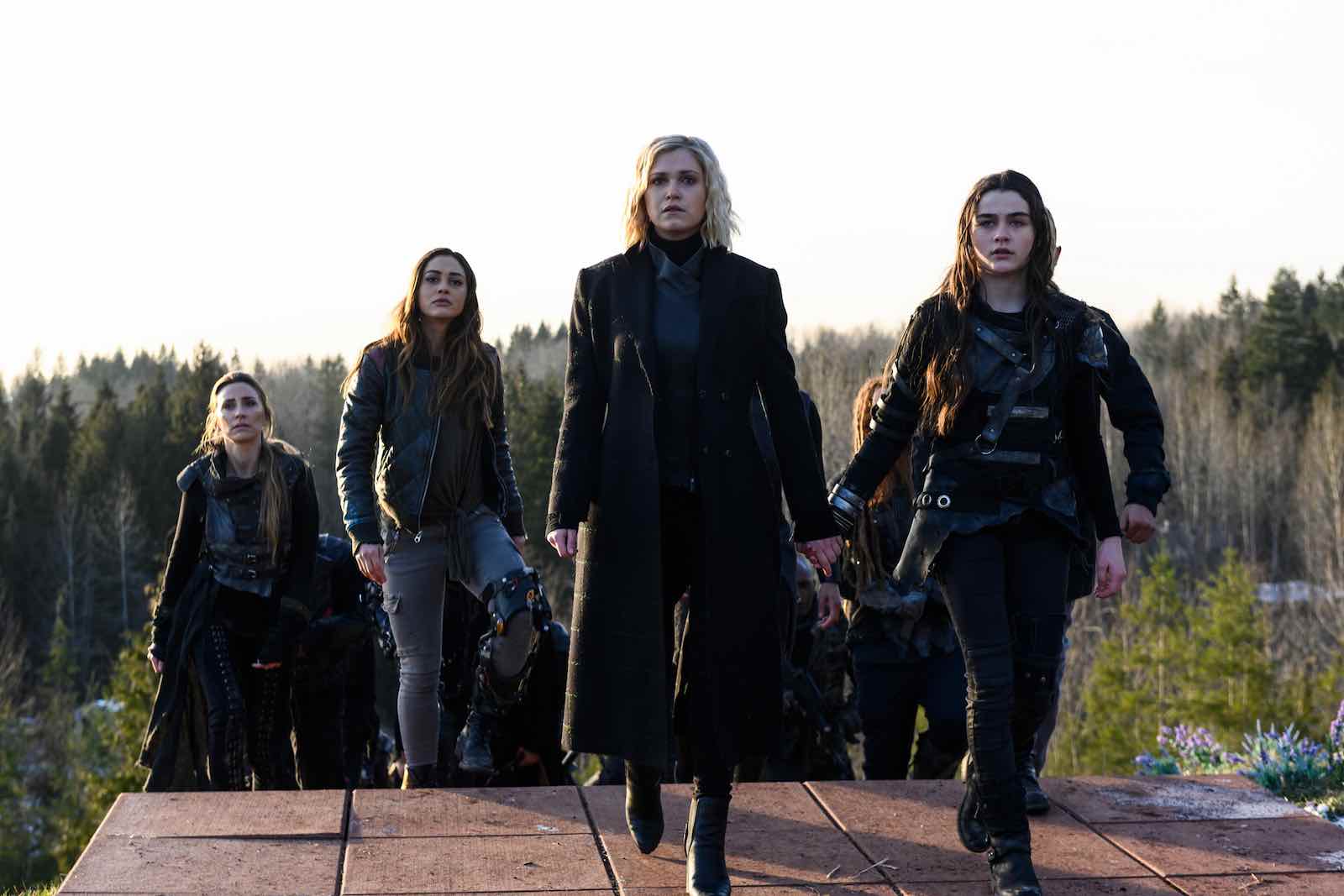 It’s been fascinating, for instance, to see the patient development of Echo (Tasya Teles) from minor to major character. We see her enter the story as villainous as any character could possibly be, before we’re given a glimpse at her hidden vulnerabilities in S4 when she’s forced to rebuild her entire world.

In an interview with The Fandomentals, Teles explained how exploring the trauma of Echo’s past was an important part of delving deep into the character’s psyche.

“Part of humanizing Echo . . . was trying to figure out who she would be in today’s society . . . . We began looking at child soldiers and young terrorists. Finding Echo’s broken heart, and understanding that she must have been brutalized as a child, helped me bring her adult story to life.”

It’s rare for modern sci-fi to accommodate female characters in such a way and flesh them out so deeply. It could be argued that in many genre shows a female character’s fate is sealed almost immediately after being introduced. And in the most trite, archetypal of manners, she’s either good or bad: virgin or whore, hero or villain, tough chick or damsel. There’s often little space for anything deeper.

But as Pop Matters once put it: “The 100 is bursting with dynamic female characters, leaders, stoics, emotional messes, and warriors; here, the full range of human possibility is afforded to the gender that is so often hemmed in by a narrow range of socialized expectations.”

That doesn’t always make for comfortable or easy viewing, but it does imbue The 100 with a greater warts-and-all interrogation of what it means to be human.

The characters of The 100 are multilayered

The heroines of The 100 can be just about anything. And more often than not, what they become is something we’re all too often unaccustomed to seeing on television.

In a world of such endless threats and violence, it’s as refreshing, for instance, to see characters like Clarke and Raven enjoying multiple sexual partners (without ever being judged for it), as it is to see The 100 avoiding the overused trope of sexual violence against female characters in a lazy bid at backstory and motivation. 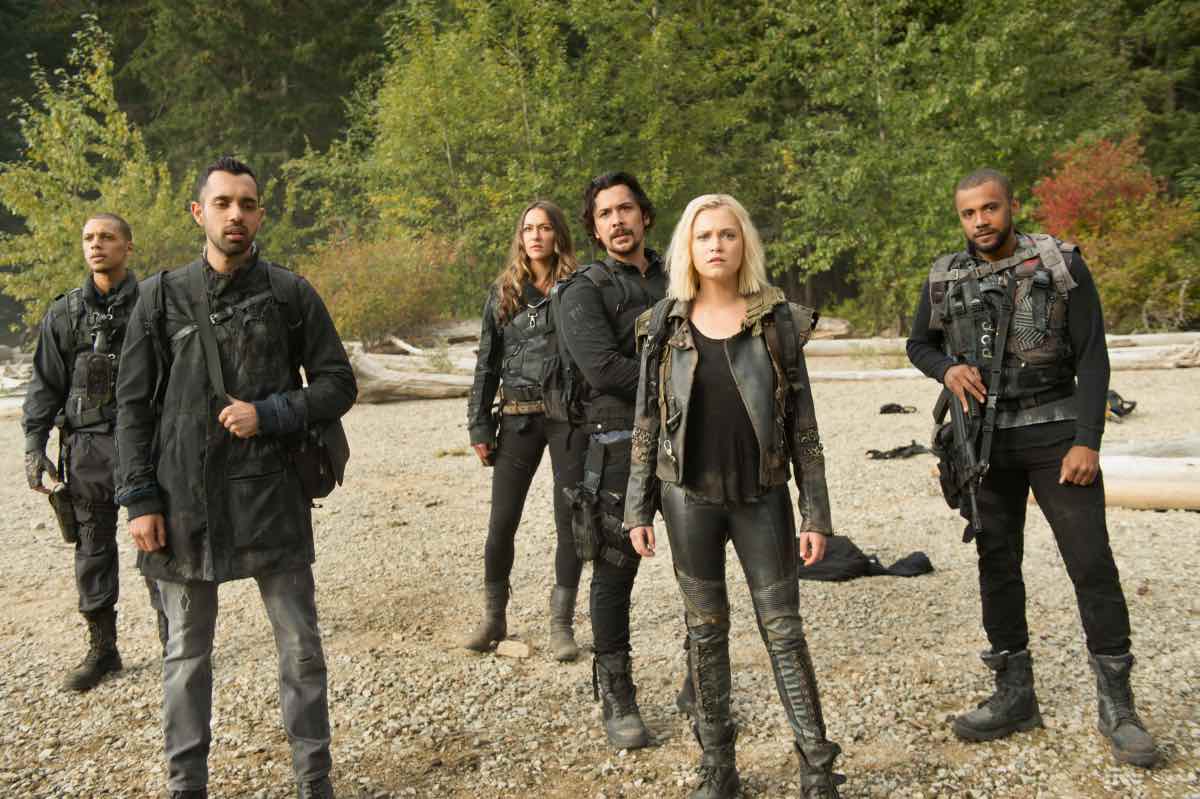 Octavia brawls with men four times her size and smears the blood of her enemies on her face; Lexa is as brutal and fearless as she is tender and compassionate. Antagonist Charmaine Diyoza (Ivana Milicevic) commits violent mutiny against her captors to take back her power and command after being sentenced to life imprisonment for her savage misdeeds.

Whether hero or villain, what all these female characters (and the rest of those featured on The 100 in big or small ways) share in common is they’re fascinating in their complexity. They’re complicated and flawed; their moral stances are far more intricate than they first appear. 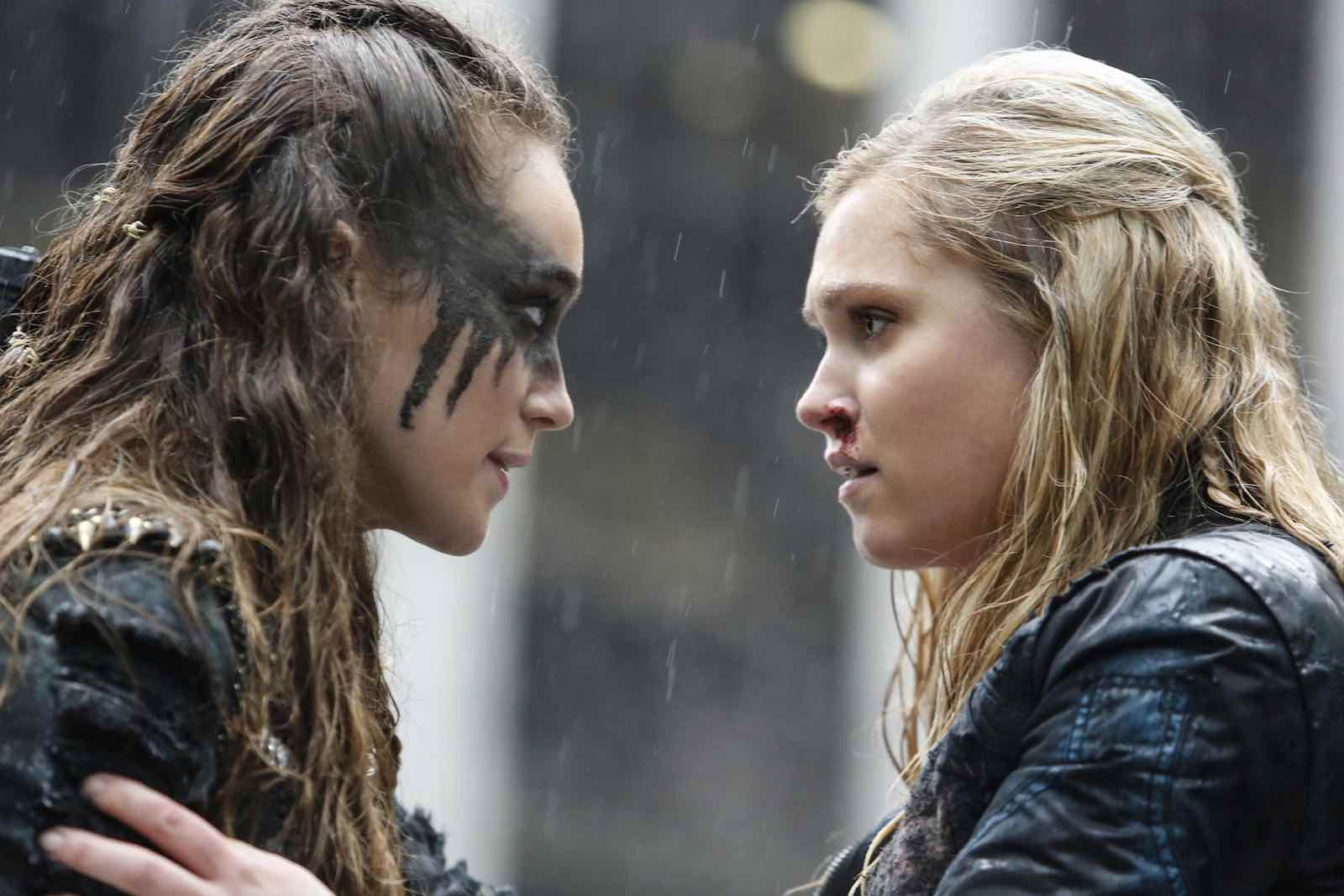 The 100 suggests survival is neither simple nor pretty, most certainly not defined by gender – just as humanity shouldn’t. Survival is as ugly for women as it is for men and nobody emerges well from the other side of an apocalypse.

It’s particularly rare to see quite so many strong and complex female characters explored with such depth as in The 100. It may be one of the nastiest, nihilistic shows on TV, but The 100 remains one of the most compelling for that reason.