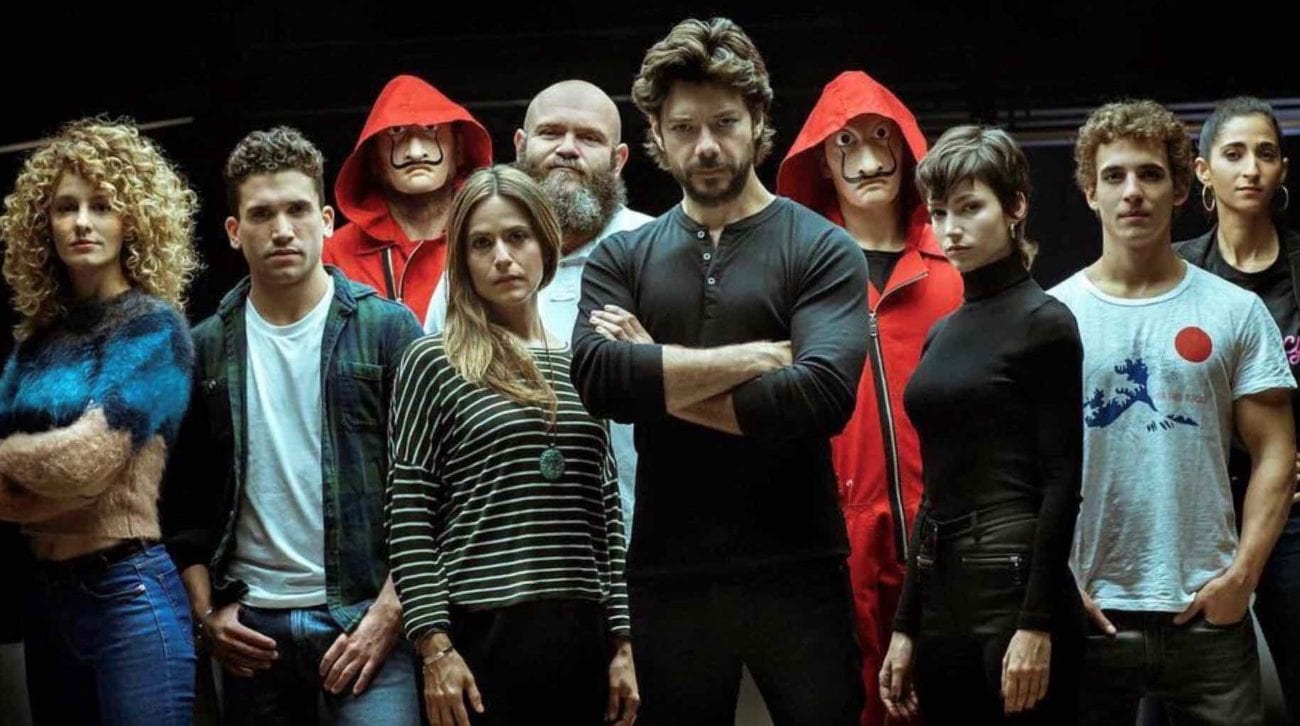 Here’s how to help ‘Money Heist’ steal the Bingewatch Awards

We live in a scary and exciting bingewatching world; normal TV analytics just won’t cut it anymore. That’s why we’re so happy to bring you the 2019 Bingewatch Awards, focusing on two important and controversial categories: Best U.S. Streaming Platform & Best Show to Bingewatch.

Every day we’ll feature new polls to vote for/argue over/agree with/vote again, but make sure you join the conversation over at Twitter. 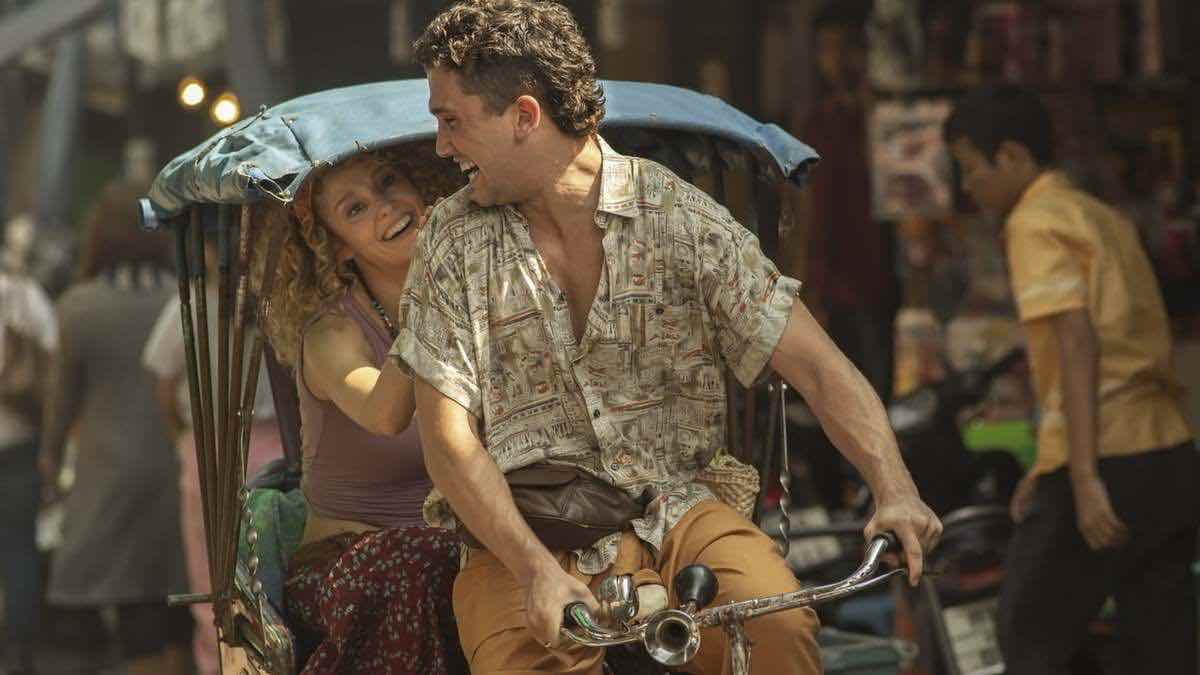 The plan is flawless in method – but turns out to be flawed in practice, as hostages are locked in with the criminals and the police attempt to intervene. However, what Money Heist does differently is unspool these familiar narrative elements to spotlight every curious level of their intriguing expanse.

Here are even more reasons why we can’t stop watching Money Heist, and why it deserves your vote in the Bingewatch Awards. 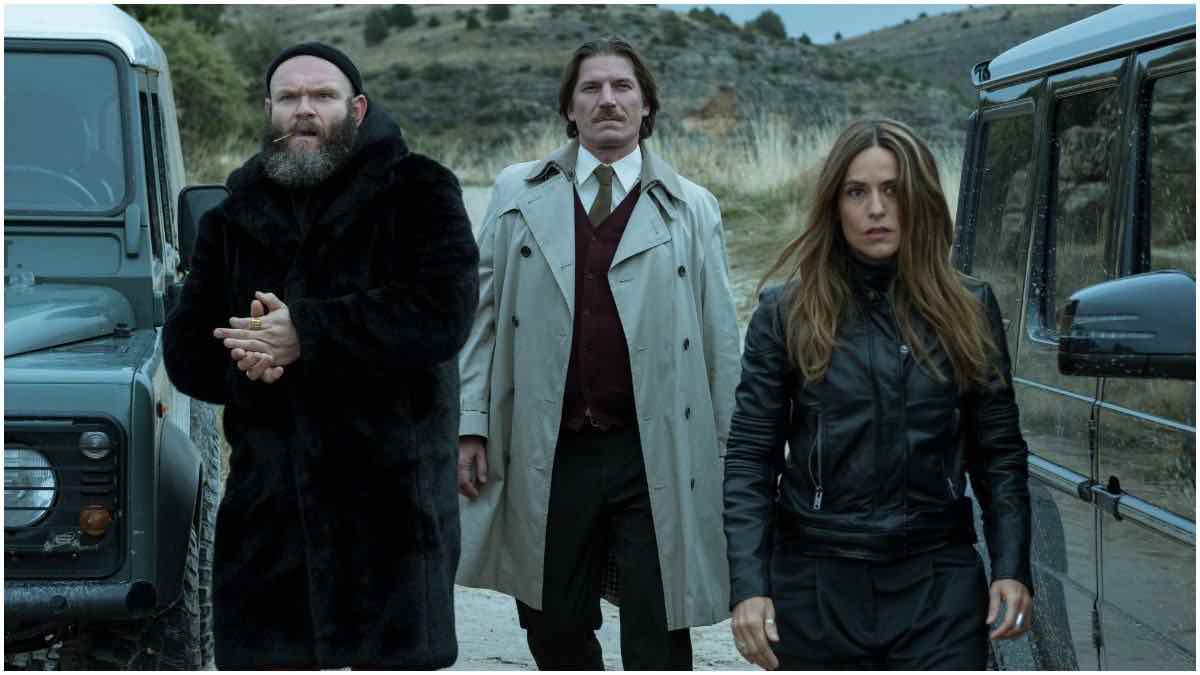 Money Heist’s story is as smart as it is relentless

In its review of the show, University Observer offered the suggestion that Money Heist is the “TV version of a page-turner. One episode is never enough” – and they’re absolutely correct. There’s an indubitable pulp element to Money Heist that imbues it with an energized delirium, charging through scenes with a pop-cultural savvy sure to please fans of the heist subgenre.

By stretching the standard tropes and narrative cues of a heist thriller across several hours, Money Heist has more space to go deeper into the characters, their relationships and motives, and the complex mechanics of the story itself. 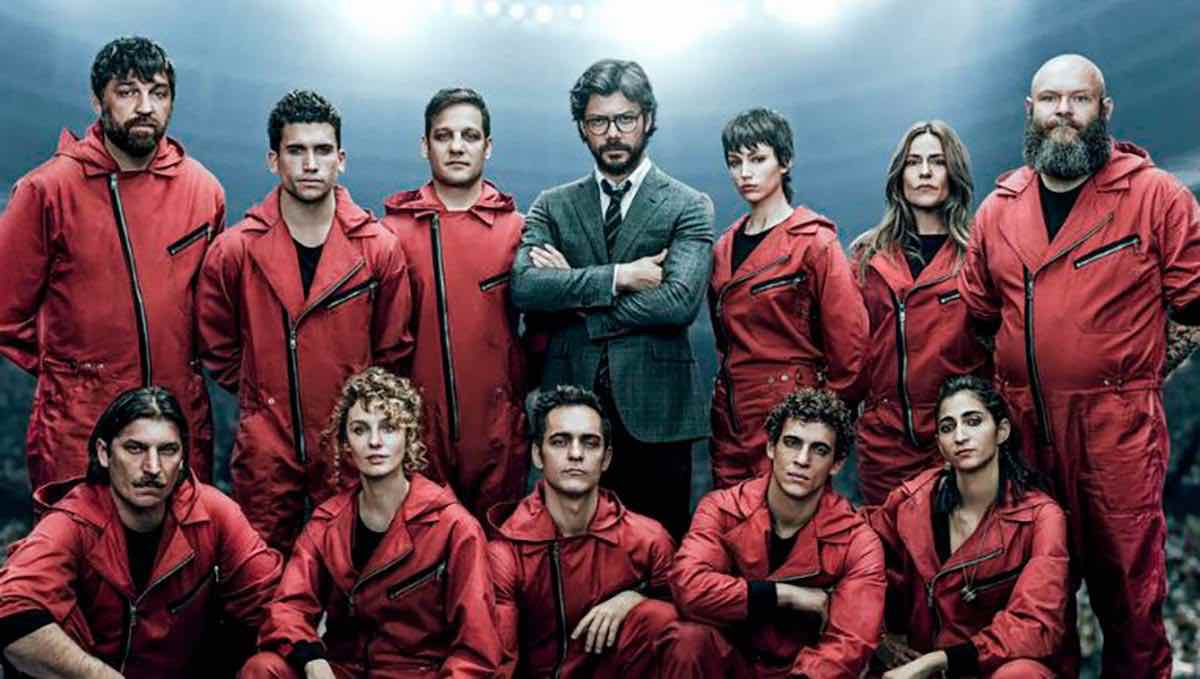 Money Heist has a rich tapestry of fascinating characters

Speaking of which, the characters of Money Heist aren’t just incredibly diverse and well written; they’re also utilized in masterful ways. There’s the Professor (Álvaro Morte) – a mysterious criminal genius decked out in an unassuming tweed suit who has somehow managed to concoct and confidently plan this intricate heist.

Police Inspector Raquel Murillo (Itziar Ituño) is a woman who refuses to be outsmarted by the Professor or undermined by the men in her department, as she plays a verbal game of chess over the phone with the heist leader in the first season of Money Heist. 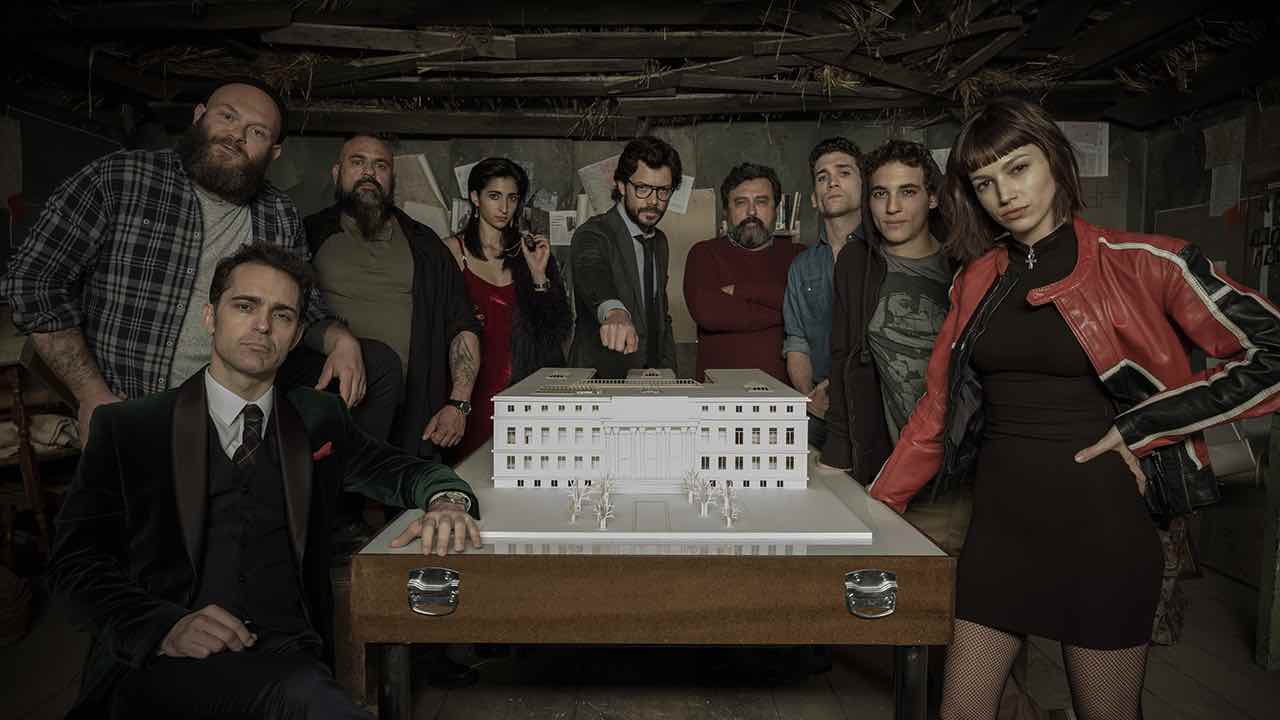 Abhorrent, scheming Berlin (Pedro Alonso) harbors some deplorable views about women and leads the team within the Royal Mint. And last but not least, Tokyo (Úrsula Corberó) forms the audience’s entree into Money Heist’s narrative as the only character to whose thoughts we’re privy. Her forbidden romantic entanglement with another member deeply complicates her position.

That’s just a taste of the range of characters at play within Money Heist. The audience becomes so invested in each character that we eagerly follow every plot twist while aware of just how it will affect them. Of course we’re hooked, when the stakes are so high! 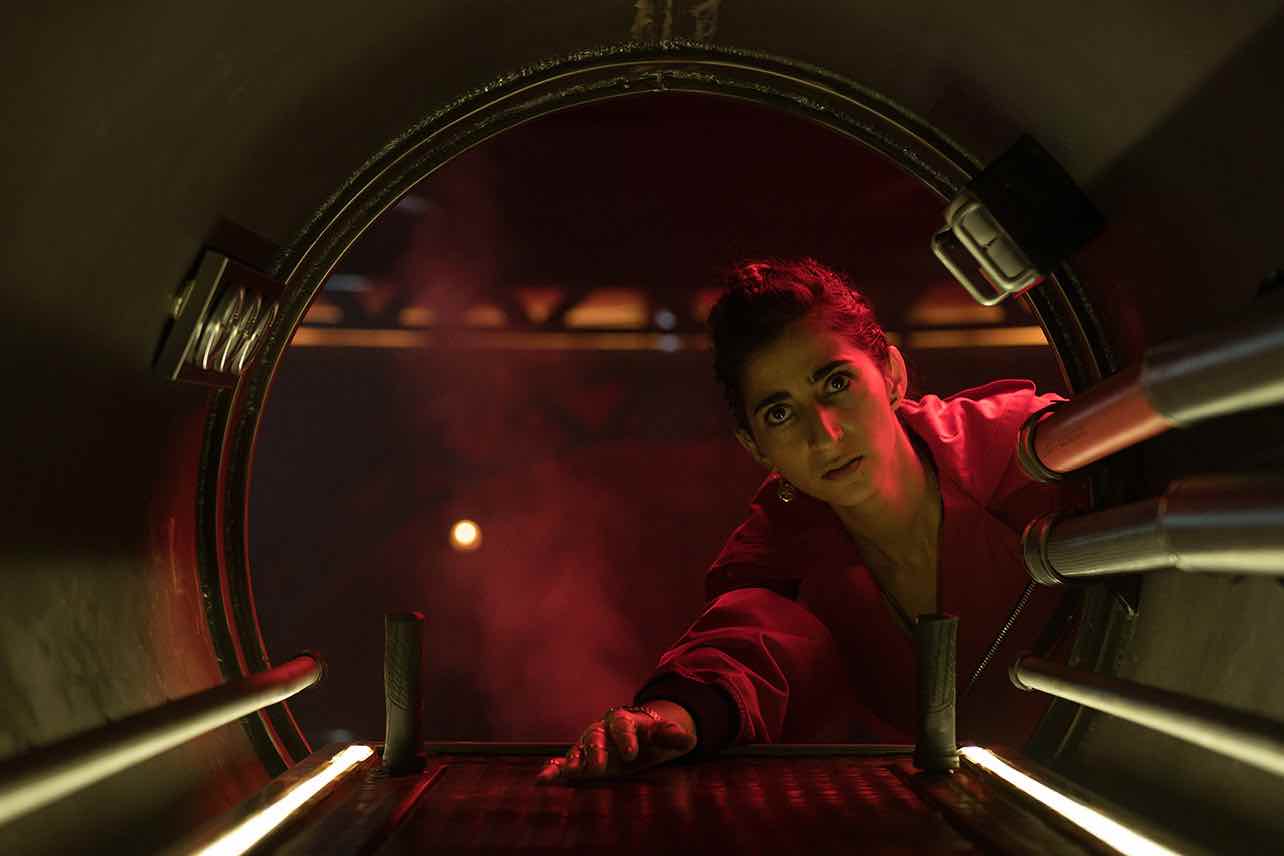 As Decider mused, Money Heist is savvy in its exploration of these magnificent characters, making for a frenzied, taut story. “As with all great heist thrillers, each individual slowly unravels; whether they’re letting go of a long-kept secret and losing trust or getting captured by the police due to abandoning a plan, no one is safe from themselves or from the law enforcement just waiting to pounce.”

The stakes are high, but the story is also full of surprises which make it all the more imperative that we know exactly what’s going to happen next – especially as new complications emerge every damn episode. Money Heist is a riveting, inescapable show with a narrative jackpot at its end. Part 4 can’t come fast enough.