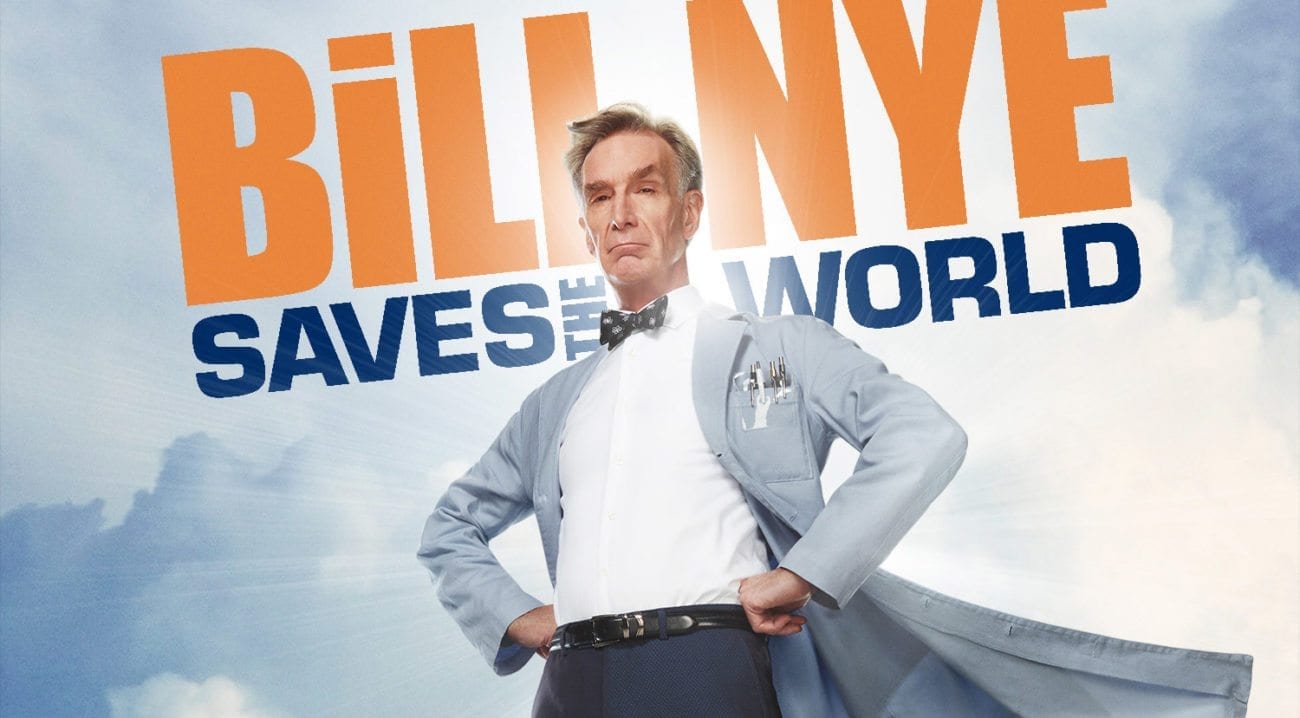 Isn’t that wild? All the times ‘Bill Nye, the Science Guy’ made learning rad

Bill Nye is a man on a mission – to stop the spread of anti-scientific thinking across the world. Season three of his hit show Bill Nye Saves the World will be dropping on Netflix this week (May 11), with our fave nutty professor set to tackle the truth behind evolution, how climate change will affect foods of the future, and what our pets can teach us about being human.

Special guests will include Arnie Schwarzenegger, Karlie Kloss, and Paul F. Tompkins, while Michael Ian Black is set to return with his comical “Mad Scientist” skit. Isn’t that wild!? To celebrate the show’s return, here’s a list of the top ten moments from his informative yet fun 90s hit show Bill Nye, the Science Guy. Let’s take a trip down memory lane!

Who can forget the parody song of U.N.I.T.Y by Queen Latifah, explaining how light works to a Fresh Prince 90s beat? Radical!

The Wizard of Odds – “Probability”

How to make probability fun? Turn it into a spoof of a beloved classic film with a puntastic title, of course!

There’s Science in Music! – “The Science of Music”

Another fantastic throwback to a classic movie, Bill used The Rocky Horror Picture Show earworm to explain the science behind how music is create. “There’s science in music, oh yeah!”

Just watching Bill create a tornado of fire (“a big swirling chemical reaction”) was a hoot in itself, but he even brought on Candace Cameron Bure from Full House to blow out the damn thing with a fire extinguisher. Way to keep it current, Bill!

Bill Nye at his Bill Nyiest – the moment he clings to a pillar in a wind tunnel and shouted “Science!” (Cut to around 20 minutes in the video below). ?

The time Bill went all Wayne’s World on our asses and demonstrated how static electricity works by rocking a radical wig. Party time, excellent!

Who bombs about in a grass covered car to explain how plants are everywhere? Bill Nye, that’s who. Because why the fuck not?

We live for this Science Guy clip in which Bill endures g-force in an airplane for the facial expressions and sound bites alone.

Cut to 1.25 to watch Bill demonstrate how the joints in our skeletons work by dancing about on a table. You go, Bill!

Bill pulls an impressive circus act by cycling above a pool on a worryingly thin rail to teach us about balance. We also think Hazel Fanny, the Science Granny deserves a special mention. She’s just so damn sassy!