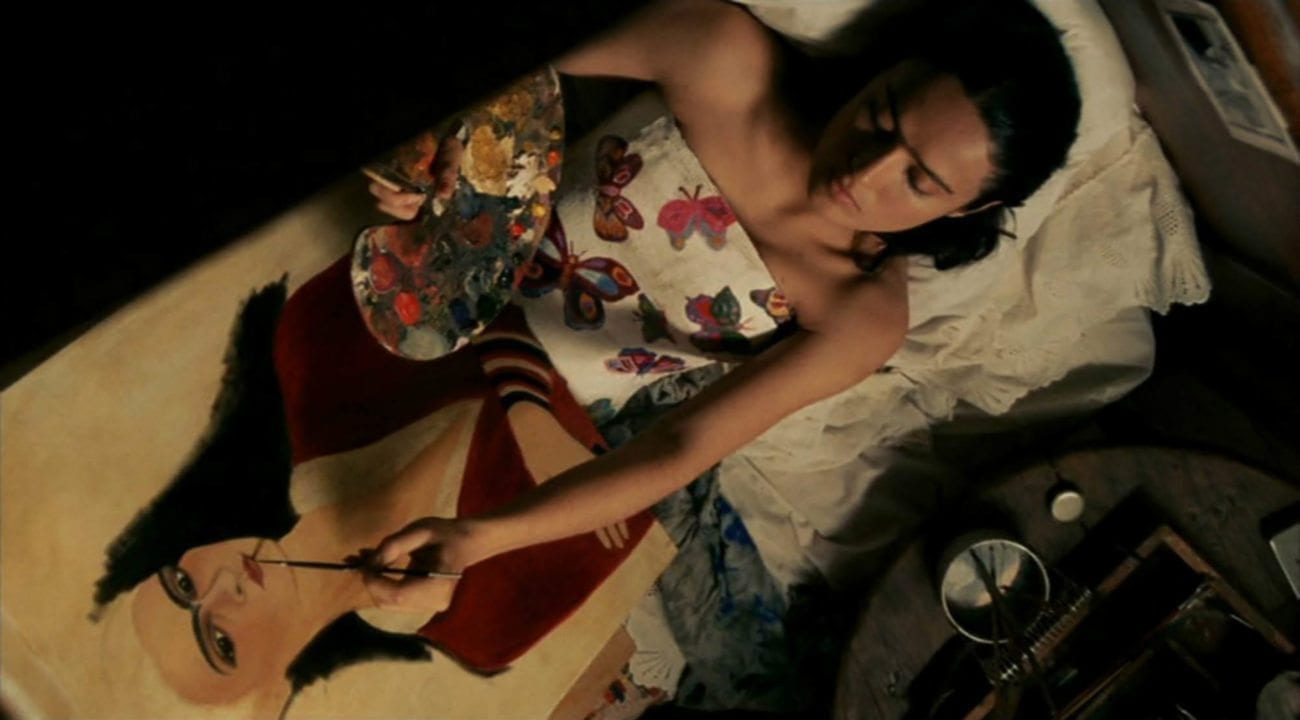 The best films about great (and not so great) artists

After his time in the limelight as the youngest, whackiest Doctor in BBC’s Doctor Who, Matt Smith has been making a name for himself as one of Britain’s most interesting new actors.

Once he had realized the world of blockbusters wasn’t for him (His villainous turn in Terminator: Genisys was frankly embarrassing.), Smith has been taking on some roles that really stretch his acting chops. Most recently, he made a surprisingly convincing Prince Phillip in Netflix’s The Crown. 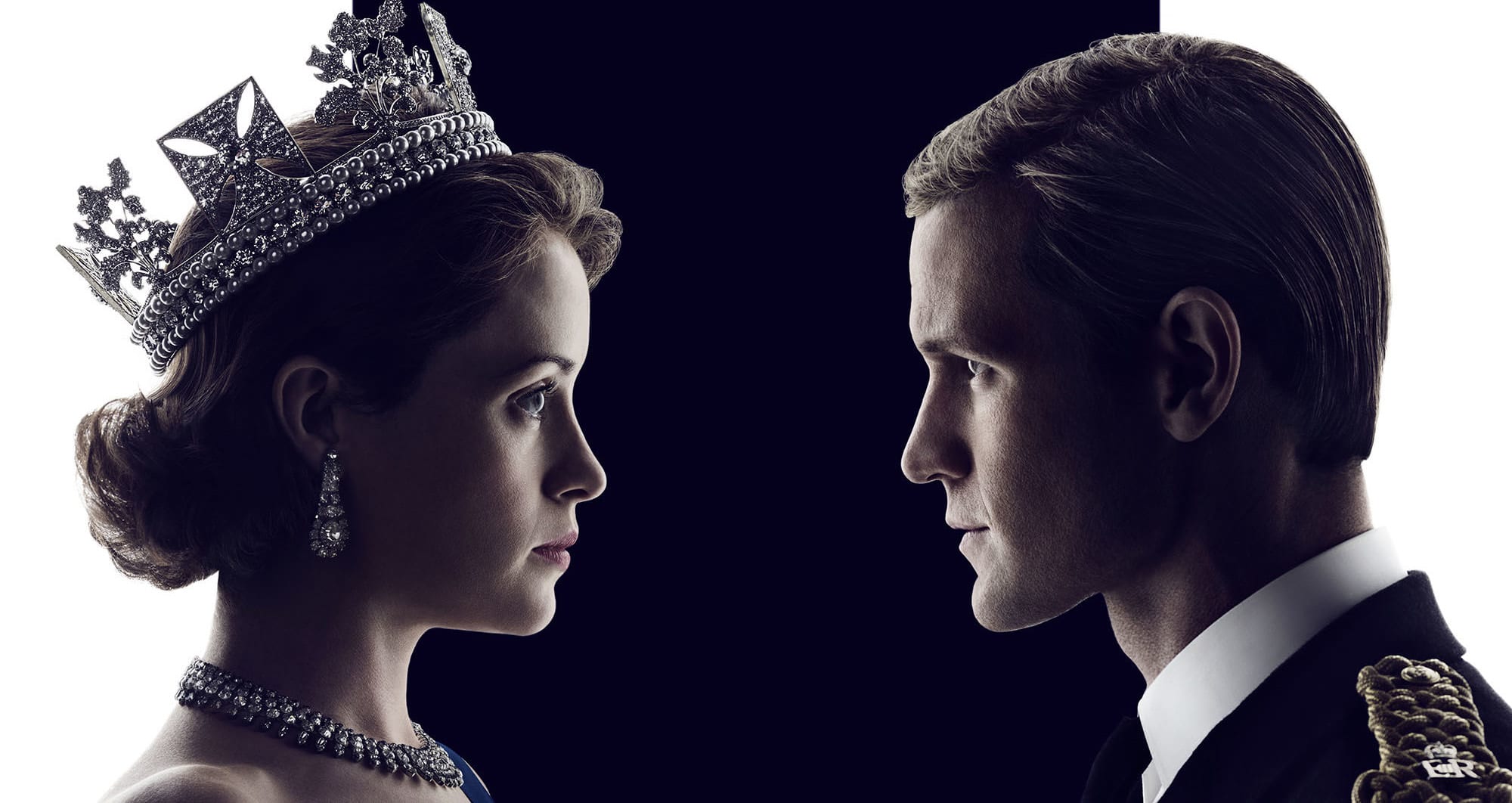 But there are plenty of other films about great artists: painters, photographers, filmmakers, and musicians – take your pick. Not all of them are all that sexy, though.

The eccentric expressionist J. M. W. Turner was a pretty terrible guy, but boy could he paint. Anyway, you don’t watch Mike Leigh’s stirring biopic for a loving rendition of the painter’s life and work. It’s all about Timothy Spall’s terrifically devoted performance as the tortured artist.

We know most of Milos Forman’s masterpiece Amadeus is historically total bullshit, but we can’t help but love it. F. Murray Abraham’s rivalry with a younger, irritatingly genius musical composer, Mozart, is one for the ages. 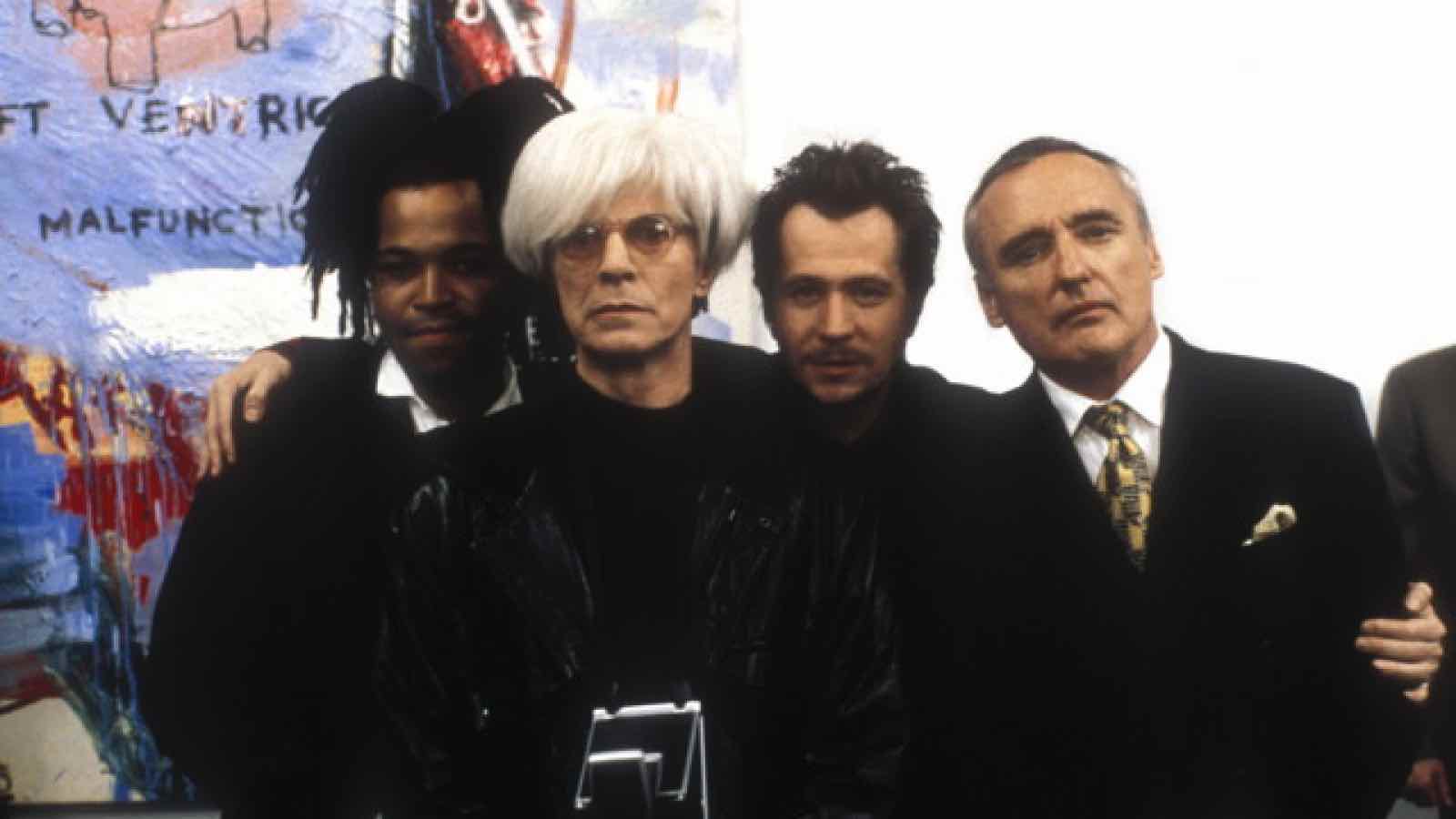 Graffiti art is tricky. On the one hand, it’s obviously illegal, and we would never condone it. However, during the 90s, a huge surge of graffiti artists began to be recognised as legitimately talented, even managing to get their work in art galleries around America. Jean-Michel Basquiat was one of the first, and served as the basis for Jeffrey Wright’s (Westworld) first lead performance.

Margaret Keane was not a great artist – those wide-eyed kids freak us out, frankly – and Big Eyes is far from a great movie, but it deserves a mention for being the first half decent Tim Burton (Edward Scissorhands) film for how long? Maybe ten years? Keane’s story of marital manipulation remains particularly pertinent as well, even if it does get real freaking goofy.

Frida Kahlo is a queen, and we could watch her (or someone portraying her) painting and philosophising all day. Her moments in Coco are some of its best, and Salma Hayek’s performance as the Mexican painter was exactly what her career needed after being typecast as a stripper for Robert Rodriguez (From Dusk Till Dawn) and Kevin Smith (Dogma).

No matter what your edgy roommate says about The Beatles being “overrated sellouts”, they still totally rule and no Beatlemaniac’s collection is complete without A Hard Day’s Night, the lads from Liverpool’s first foray into the motion pictures.

This list wouldn’t be complete without Tim Burton’s biopic about possibly the world’s worst artist, Ed Wood. Much maligned during his filmmaking days during the 1950s, his zany science fiction and sexploitation flicks have become the stuff of cult legend, and Burton’s celebration of bad cinema is poignant and hilarious.

Johnny Depp (Sweeney Todd) also manages to pull off an eccentric performance without being irritating, something he was only able to achieve in the 90s.

Okay, Andy Warhol was a genius, but he was also a stuffy, pretentious bore. Just look at David Bowie’s performance in the aforementioned Basquiat if you don’t believe us. We’re not saying he deserved to get shot, but the story of radical feminist and SCUM (Society for Cutting Up Men) Manifesto author, Valerie Solanas’s tirade against Warhol is pretty awesome.

Kirk Douglas was known as one of the biggest action heroes in the 1950s and 60s. His best role was maybe as the slave-turned-gladiator Spartacus in Kubrick’s 1960 epic. The hunky simpleton has some surprising range when he feels like it, though, including in this 1956 biopic about the life of the tempestuous Dutch painter, Vincent Van Gogh.

If you haven’t got into Tarkovsky yet, wait for a rainy Sunday afternoon when your time seems unlimited, prepare a steaming mug of your favorite hot beverage and prepare to have your mind splintered. Most of the artistic Russian director’s masterworks come in at about three hours of the best stuff ever put to celluloid, and his epic adaptation of the life of a 15th Century icon painter is no different.

Alfred Hitchcock is perhaps Britain’s most iconic film director and, even if this film isn’t all that great, it’s worth watching for Anthony Hopkins (The Silence of the Lambs) in a fat suit, as well as some interesting insight into the making of his most infamous work, Psycho.

If that doesn’t quite satisfy your lust for fat, balding lechers, the documentary Hitchcock/Truffaut is a wonderful recent documentary based on the interview between the two influential filmmakers. 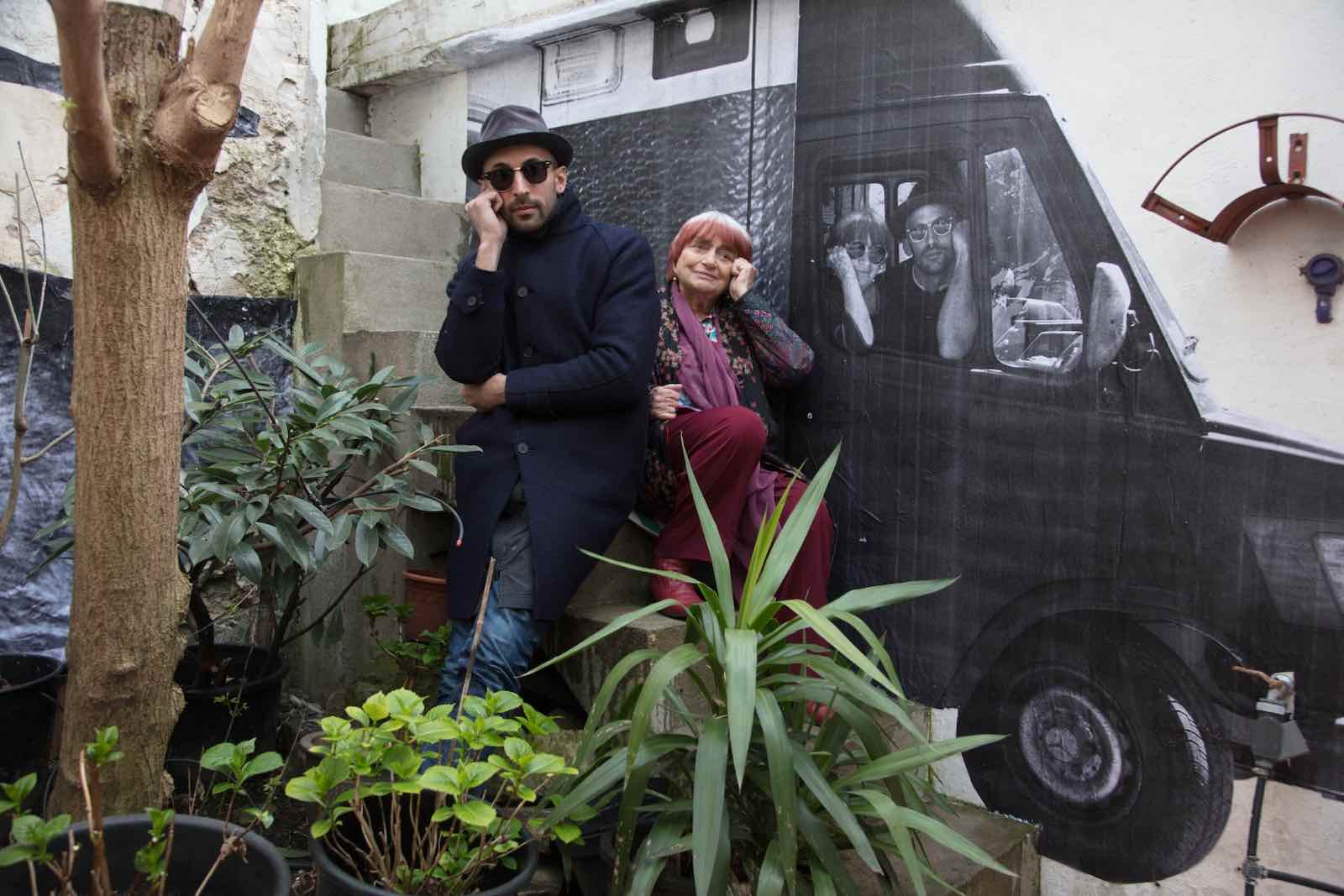 It was a Best Documentary Feature nominee at this year’s Academy Awards, so chances are, if you’re a photography and documentary enthusiast Faces Places is high on your watchlist if you haven’t seen it already. And even if you’re not normally a fan of those things, guess what? It’s still brilliant. 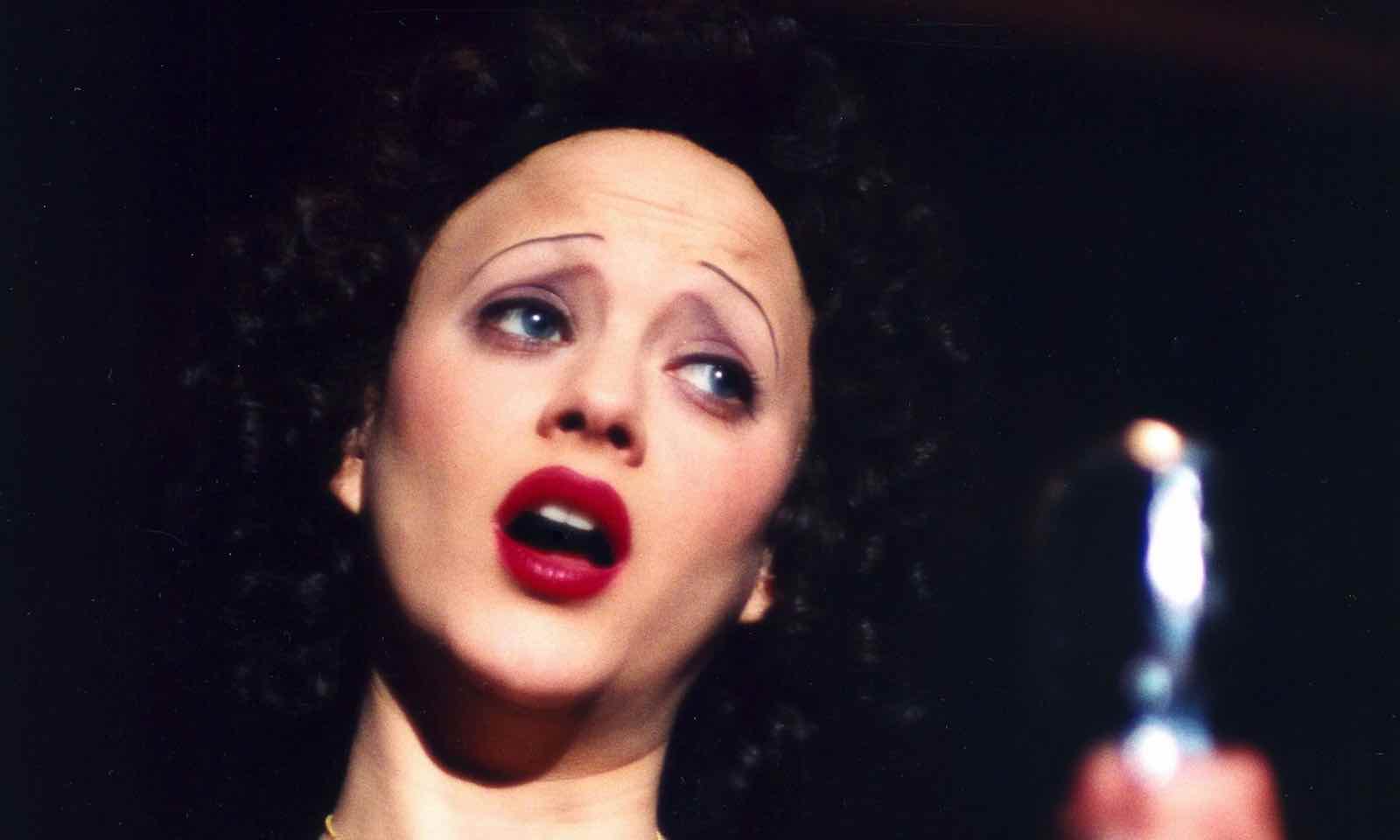 Marion Cotillard may be in our bad books after that laughable death in The Dark Knight Rises, as well as her performance in Robert Zemeckis’ most boring film Allied – yeah, bet you forgot that existed, didn’t you? But her earlier work is still amazing, and her strongest role to date was as the emotional French singer Edith Piaf.