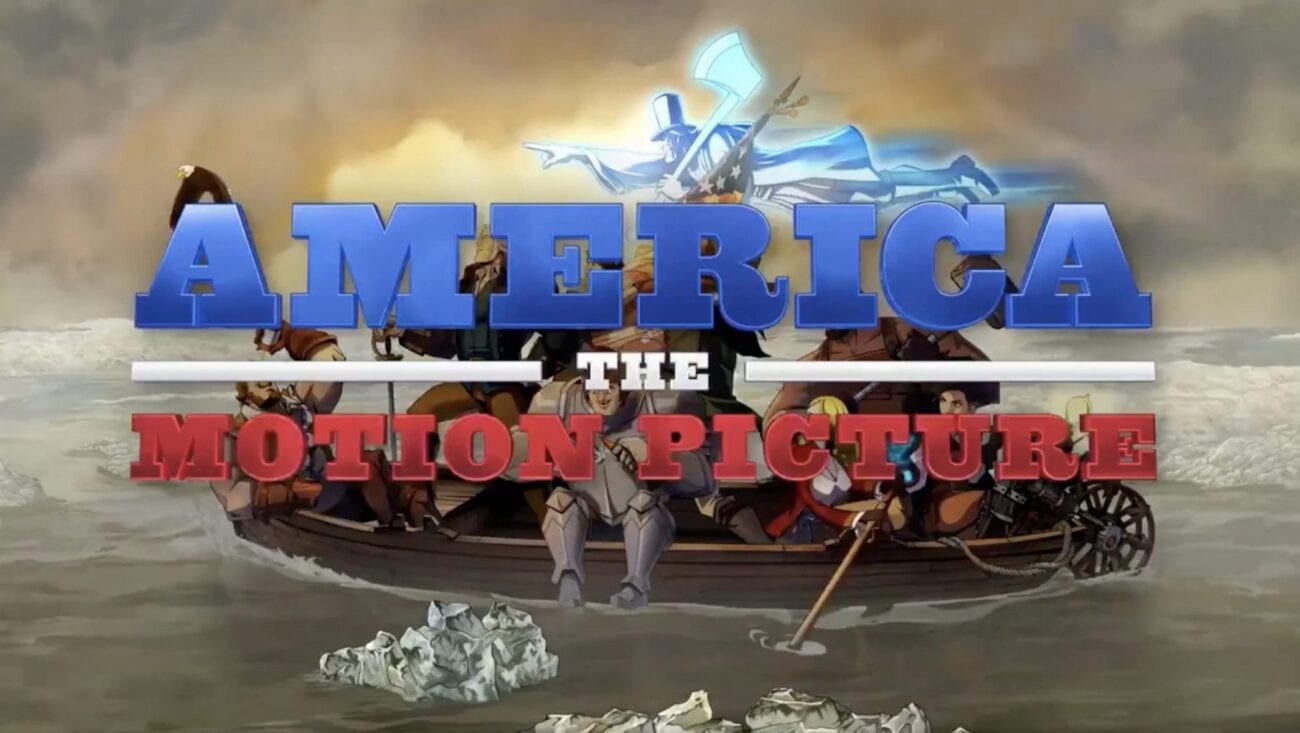 ‘America: The Motion Picture’: Why in God’s name does this exist?

We’ve seen some weird, weird, weird things in Hollywood over the years – things that have made us go “Wow, if this exists maybe things won’t be so bad for me”. While many are thinking that over the Disney origin movie Cruella, we’re seeing it again with the upcoming Netflix movie, America the Motion Picture. It’s not a documentary or anything that you’re thinking of.

No, America the Motion Picture is an animated Netflix movie that brings together the Founding Fathers in an Avengers style team-up to fight against the British. Yes, really. The first trailer was released. If you ever wanted to hear George Washington call someone a “motherf***er”, then good news! This is the movie that you have been waiting for.

As for the rest of us? Well, we’re probably going to be looking on in baffled horror. 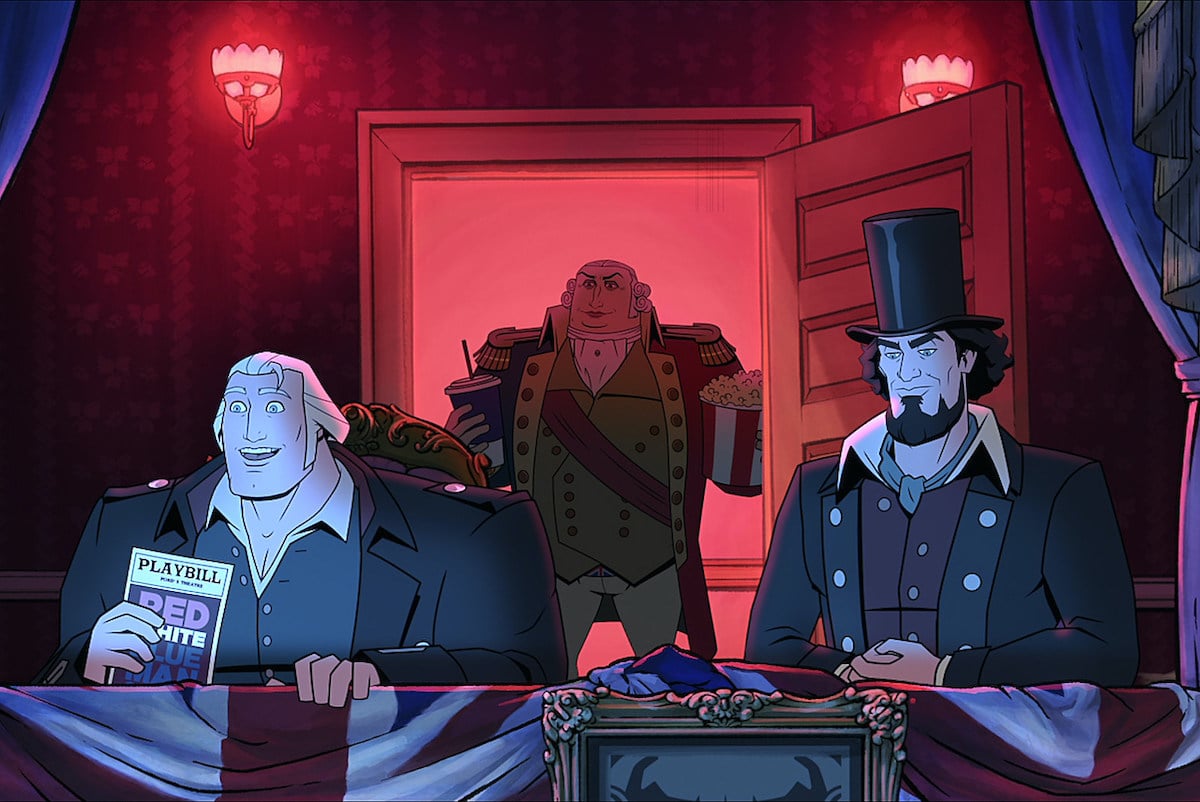 Our dudes, we wish we could tell you why America the Motion Picture exists. To be fair, there is a good pedigree behind it. Director Matt Thompson has worked on Archer and screenwriter Dave Callaham has penned the scripts for Wonder Woman 1984 and Shang-Chi and the Legends of the Ten Rings. Phil Lord & Chris Miller, animation producing legends, have thrown their weight behind the film.

On paper, it should be good. But it also has the potential to go really bad. You know how these movies that can be weird yet have the potential to be awesome can go. Either it soars or it flops so hard that it is a full-blown fiasco. The synopsis does sound absolutely ridiculous. In a bad or a good way? We don’t know.

“For, like, thousands of years, the origins of the United States of America have remained shrouded in mystery, lost to the sands of time. Who built this ‘country tis of thee,’ and why? Only the dinosaurs know… until now.

For the first time in human history, the incredible, completely true story of America’s origins are revealed in America: The Motion Picture — a once-in-a-lifetime cultural event available the only way the Founding Fathers ever intended their story be told: On Netflix, on your phone, June 30th.”

So America the Motion Picture is a thing?

Where have you been throughout this article? It is definitely a thing and the trailer is here, which you can watch above. There’s what looks like a mecha Big Ben because why not? Why the **** not? In addition to having great talent behind the scenes, the voice cast for America the Motion is fairly stacked as well with some seriously excellent talent. 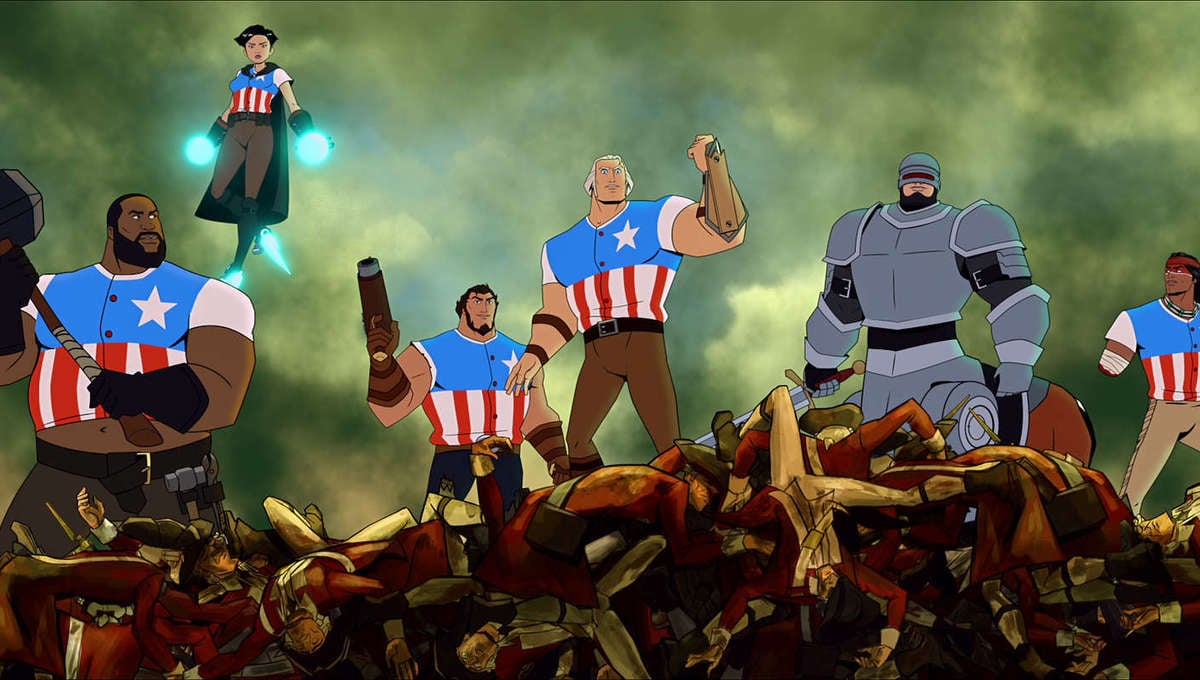 We’re not going to get into a politics in article about a stupid animated movie. America is a flawed place, like anywhere in the world. And the flaws are evident to anyone who lives here. Making a comedy movie about the Revolutionary War? We’ve heard of weirder projects.

Still weirded out by the mecha Big Ben though. Pretty sure someone stole that from Doctor Who.