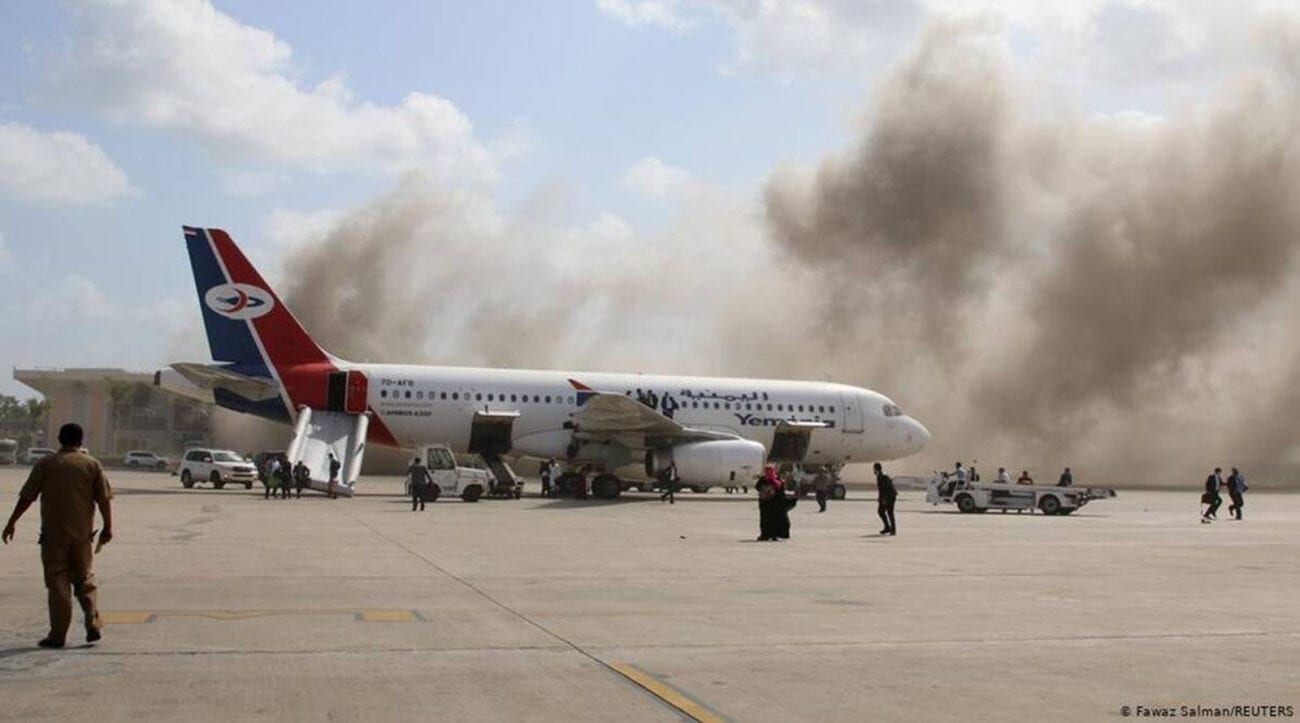 A bombing at Yemen airport? Here’s the latest news on the situation

A deadly explosion occurred at an airport in Aden, Yemen on Wednesday. It happened right after a jet landed at Aden International Airport. The plane was carrying officials from Yemen’s newly formed Saudi-backed government.

In a Yemen news video of the scene broadcast by Saudi television channel Al-Hadath, hundreds of people can be seen gathered on the tarmac. Footage also shows the blast as passengers started leaving the plane. At least twenty-two people were killed in the blast and dozens were wounded, according to the Associated Press. A source told Reuters there were three mortar shells that landed on the terminal.

Yemen news crews filmed the arrival of the long-awaited new cabinet. Their arrival was meant to be a way to bring more stability to Yemen. Saudi Arabia & Iran are in a proxy war there. The officials landed in Aden, which is Yemen’s temporary capital. The real capital, Sanaa, was taken over by Iran-backed Houthi rebels.

We assure our ppl that all cabinet members r safe, &cowardly terrorist attack by Iran-backed Houthi militia on Aden airport will not deter us fm our duty & our life isn’t more valuable than other Yemenis.
May Allah have mercy on souls of martyrs, &wish fast recovery 4injured

Who is responsible for the explosion?

There was at least one explosion, but it’s possible there were more. According to BBC News, a correspondent from AFP news agency heard two blasts. This alleged news was also witnessed by Najeeb al-Awj, Minister for International Co-operation, who also heard two blasts. However, no one has claimed responsibility for the explosion. This means it’s unclear who was behind it.

Prime Minister Maeen Abdulmalik Saeed tweeted after the incident. He said he and the other cabinet members were “fine” and called the explosion a “cowardly terrorist attack.” The country’s Minister of Information described it the same way on Twitter.

“We assure our ppl that all cabinet members r safe, &cowardly terrorist attack by Iran-backed Houthi militia on Aden airport will not deter us fm our duty & our life isn’t more valuable than other Yemenis,” he said, alleging the attack was done by the Houthi militia. 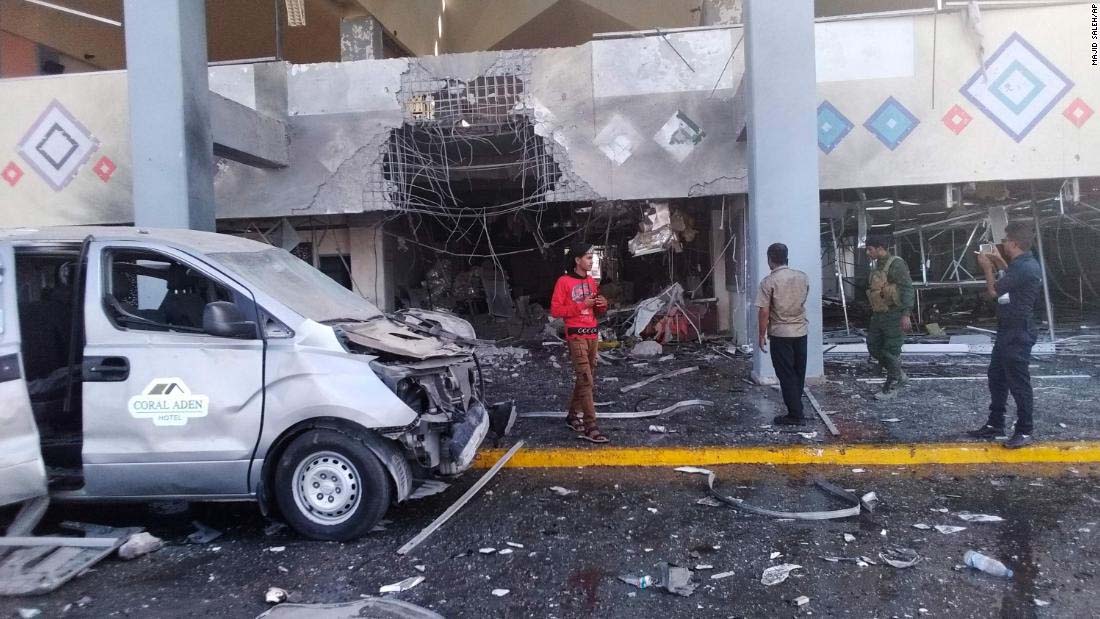 Who died in the blast?

Even though the prime minister said the government officials on the plane made it out fine, Yemen news outlet Aden al-Ghad reported later that some officials were injured and at least one junior official died.

Another Yemen news outlet, Al-Masdar Online, reported the names of some people killed or injured in the blast. These include an undersecretary at the labor ministry, Yasmin al-Awadhi, who died. They also reported that Deputy Minister of Youth Sport Moneer al-Wajeeh was injured and so was Deputy Transport Minister Nasser Sharif.

Two Red Cross staff members also died and three were injured. The Red Cross released the following statement: “The International Committee of the Red Cross is profoundly saddened that two of our colleagues were among those killed in Aden’s airport explosion.” 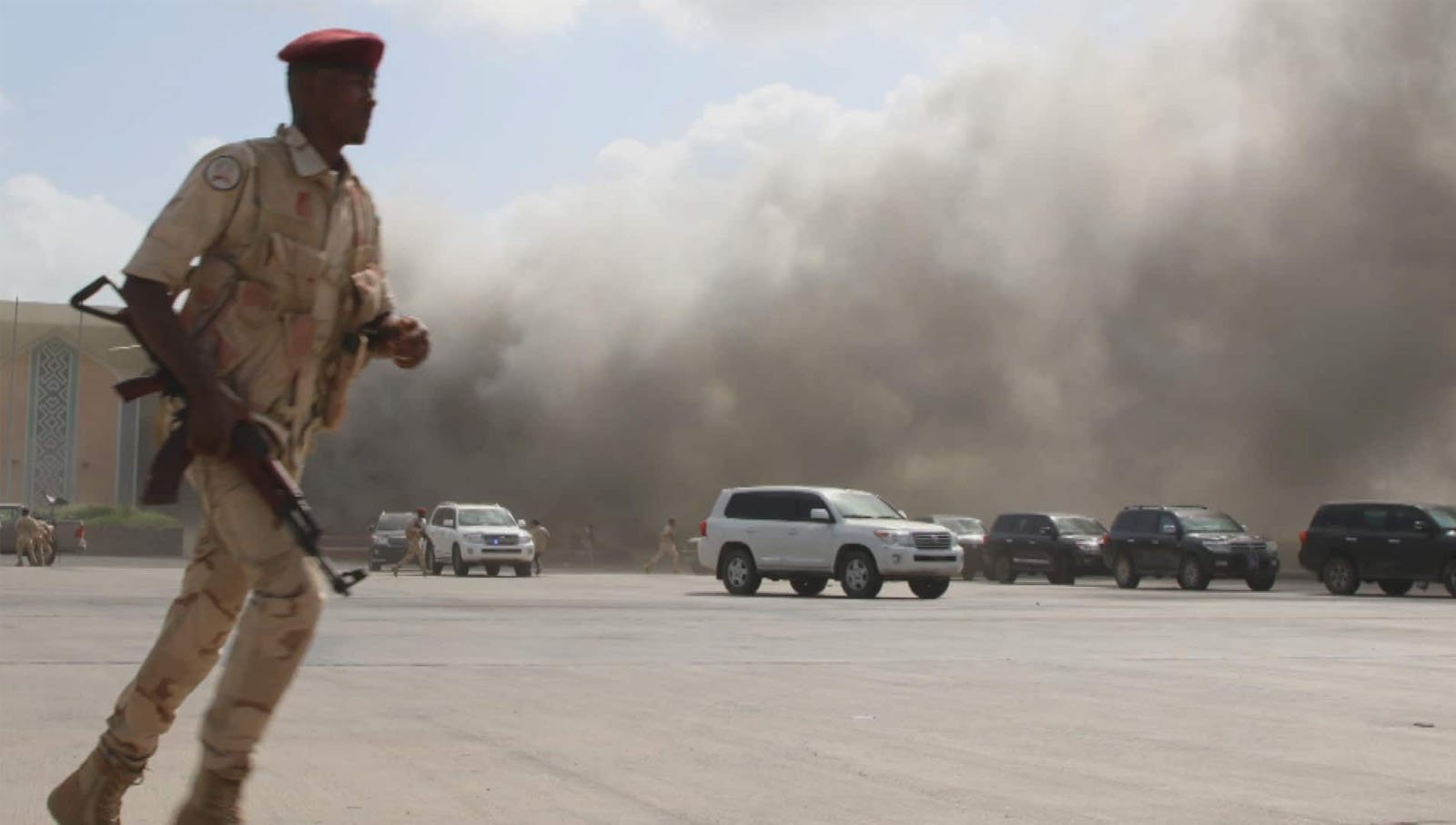 Martin Griffiths, the United Nations Special Envoy for Yemen, put out a statement in response to the blast. He gave his condolences to the families and wished the new government well.

“I strongly condemn the attack at Aden airport upon the Cabinet’s arrival and the killing and injury of many innocent civilians. My sincere condolences and solidarity to all who lost loved ones. I wish the Cabinet strength in facing the difficult tasks ahead. This unacceptable act of violence is a tragic reminder of the importance of bringing Yemen urgently back on the path towards peace,” said Griffiths. 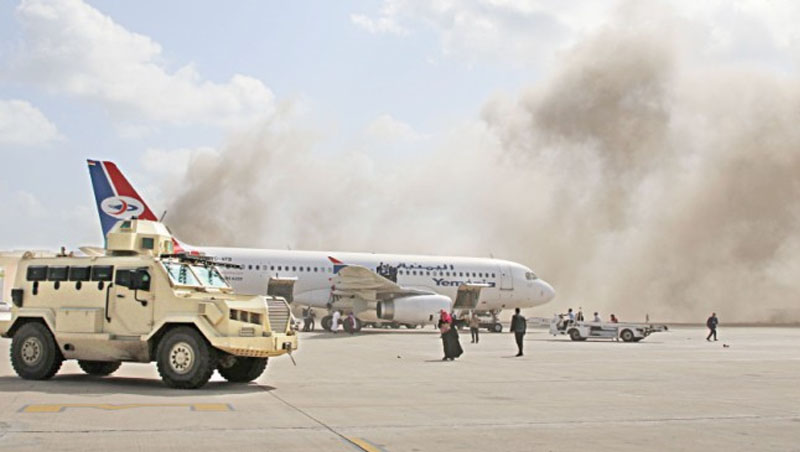 Yemen’s conflict became severe in 2015 after a military operation by a Saudi-led coalition of Arab states. The goal of the operation was to bring down the Houthis and bring back the rule of President Abdrabbuh Mansour Hadi. The conflict has caused thousands of deaths and led to a tragic humanitarian crisis.

Other explosions have happened in Yemen before this most recent one, including a missile attack in 2019 that killed thirty-six people in Aden. 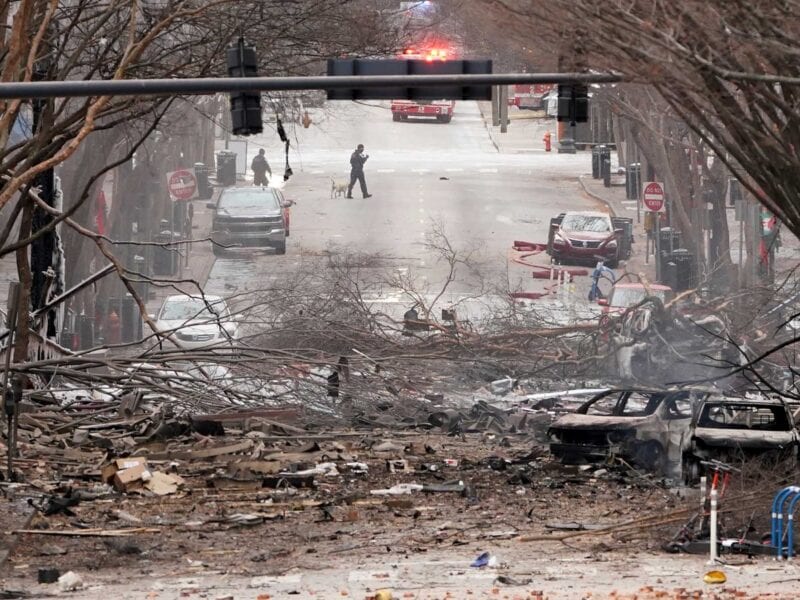