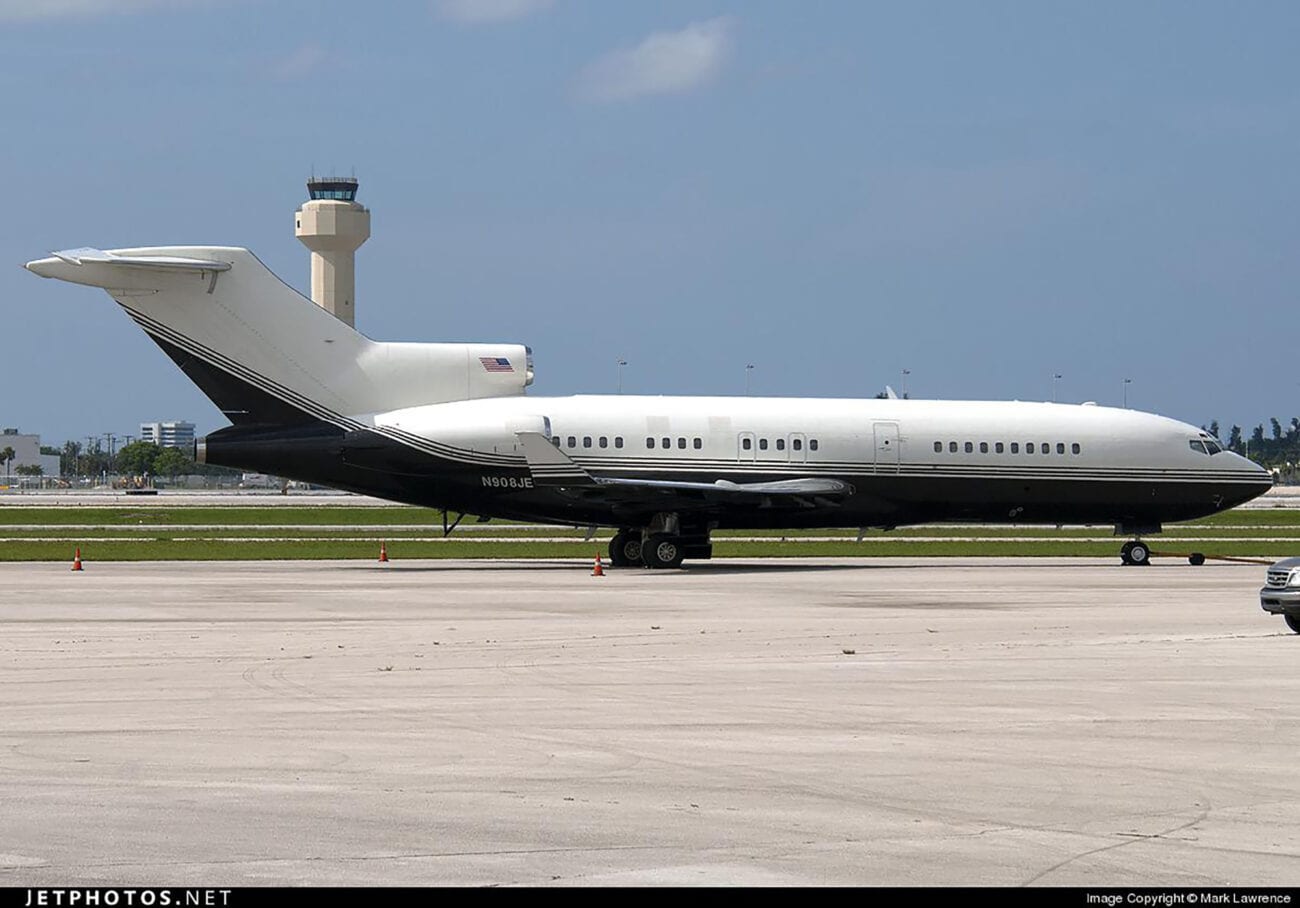 What happened to the ‘Lolita Express’? Where’s the plane now?

The jet, which has tail number N908JE, was formerly registered to a Delaware company called JEGE Inc., but has been a “deregistered aircraft” since October 2019 — two months after Epstein killed himself in a Manhattan jail cell, according to the Federal Aviation Administration Registry. 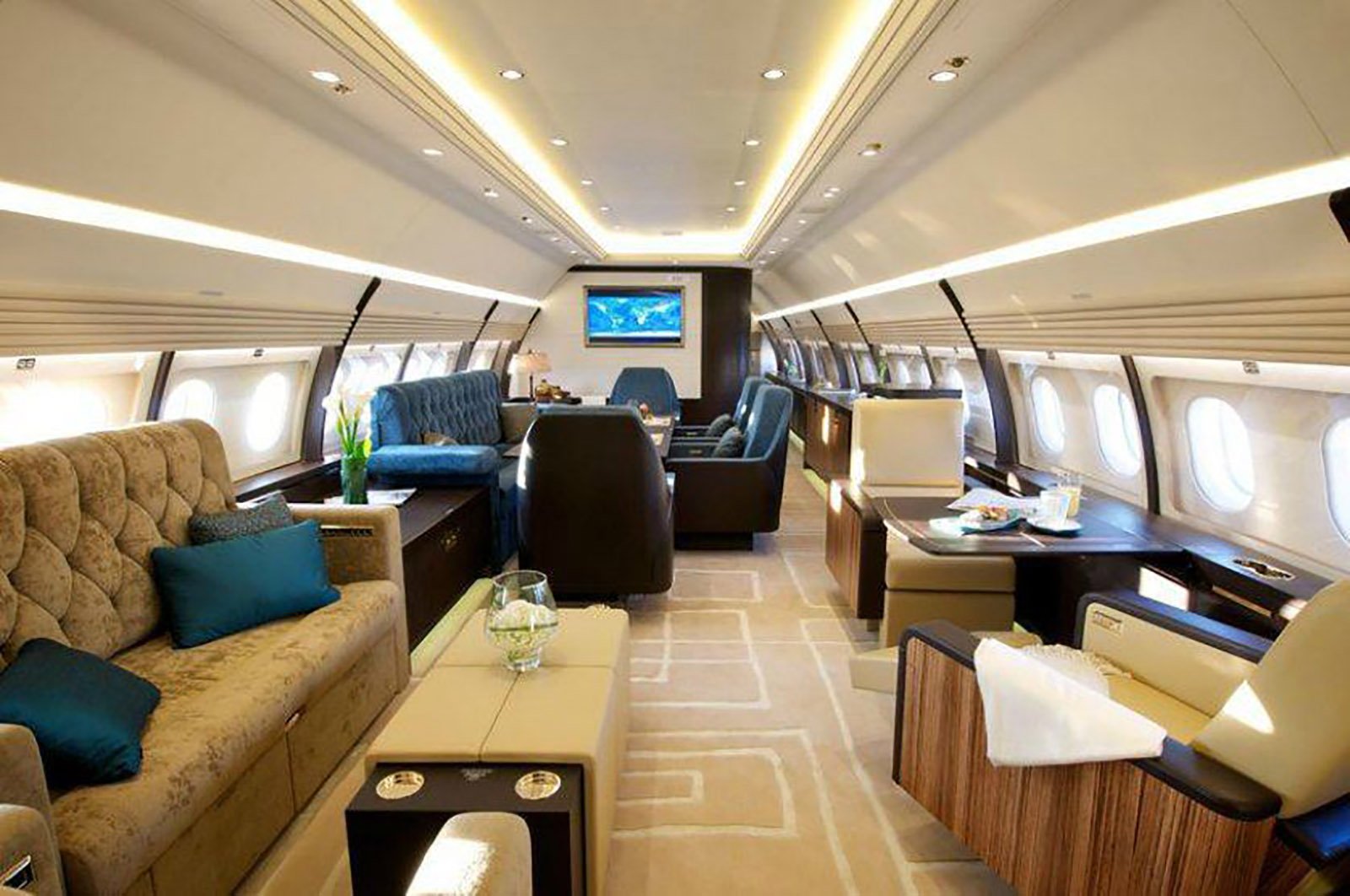 James McCloskey, a 53–year-old aviation consultant, was given a tour of the jet in March 2020 while doing work for Scroggins Aviation, a Las Vegas-based company that buys planes – and plane parts – for the film industry.

“When you get inside the aircraft, it’s a playground. Everything lays out to be a bed. That was kind of creepy,” McCloskey said. “It’s not like the aircraft is set up for a business meeting – because it’s not. There’s no chairs for anyone to sit in, except for the lie-flat chairs.” 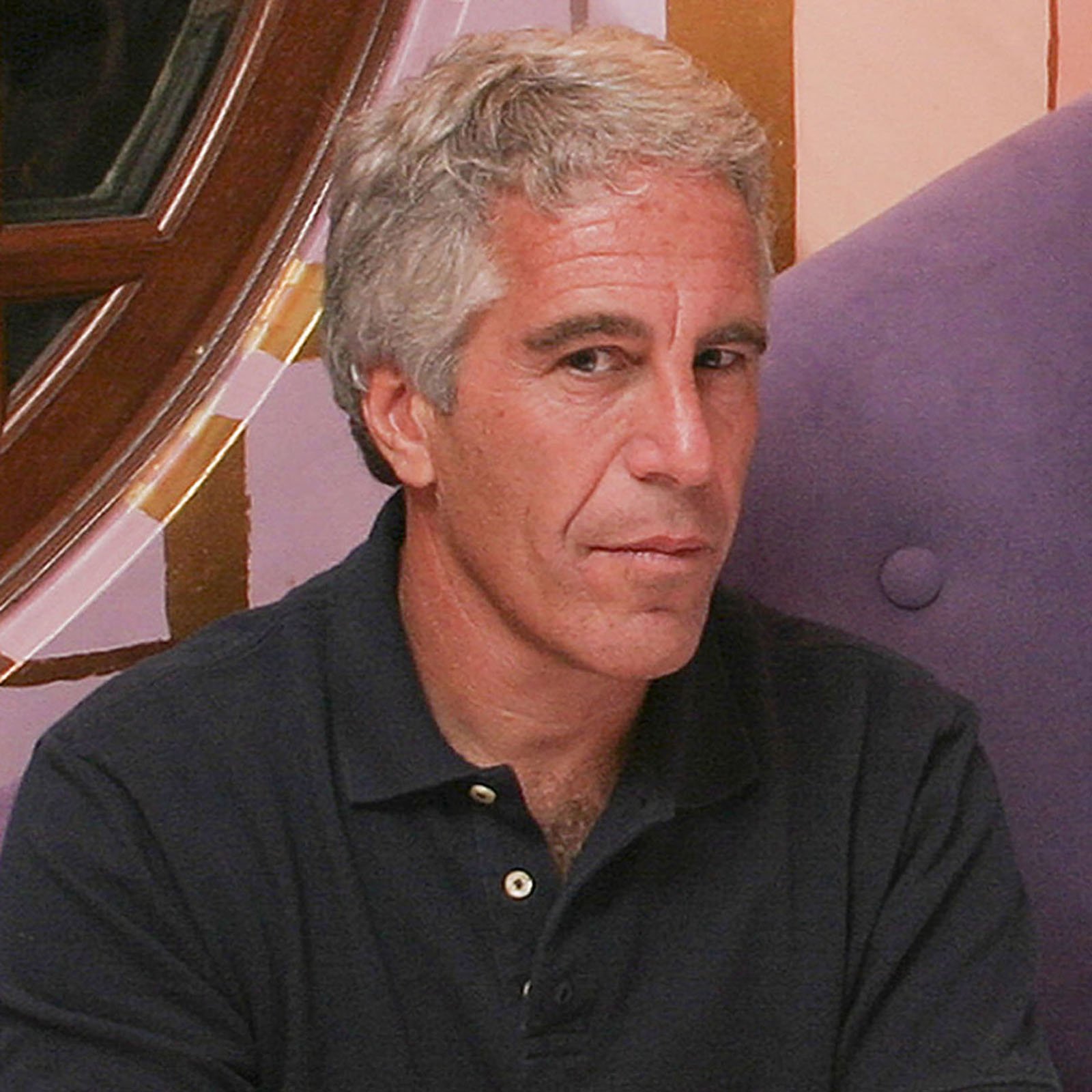 He added that the interior design looked like something from the Disco Era. Lavish red velvet chairs & sofas offered the ultimate comfort as Epstein flew between his million-dollar houses across the world.

The luxury commercial jet also features a circular shaped lounge filled with sprawling beige chairs, leading to a spacious private bedroom. Inside the room is a queen-size bed, a sitting area, a small desk & study, and an integrated shower. Sealed inside the mahogany or teak walls are spacious mirrored wardrobes & drawers.

A separate dining area comes complete with a galley kitchen for preparing food. Window treatments throughout the aircraft are fitted with custom shades behind tinted glass. 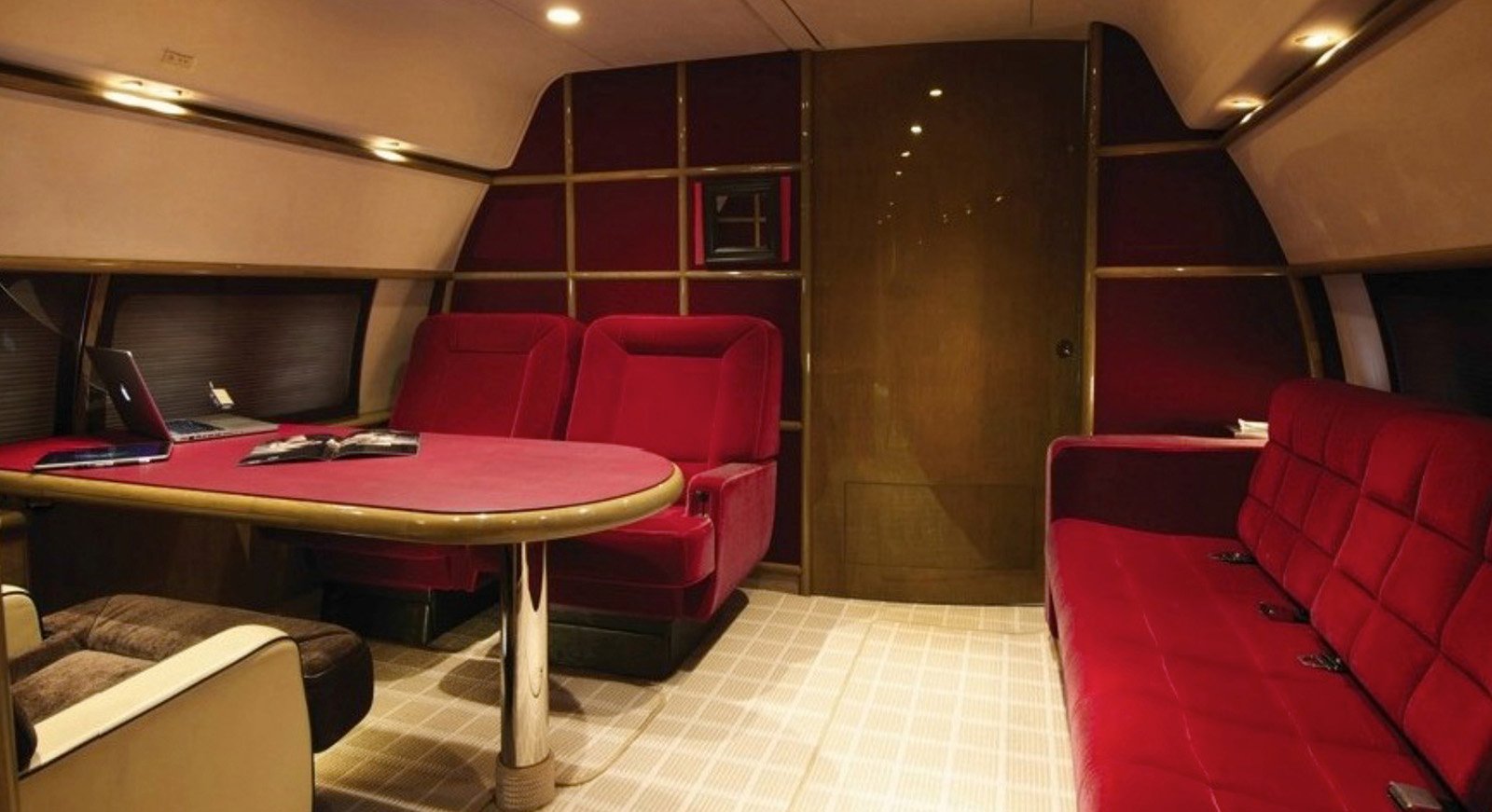 A former model who was involved with Epstein in the early 2000s – and freshly out of college at the time – described the time Epstein gave her and a group of older men a tour of his jet.

She recalled the moment she realized the jet’s floors were padded, “Wow, rich people are weird. I was so stupid and naïve—Why are padded floors cool? I was too young to get it.” She added that the other men winked & joked with each other, knowing the floors were designed so that Epstein could have sex on the floor at 10,000 feet. 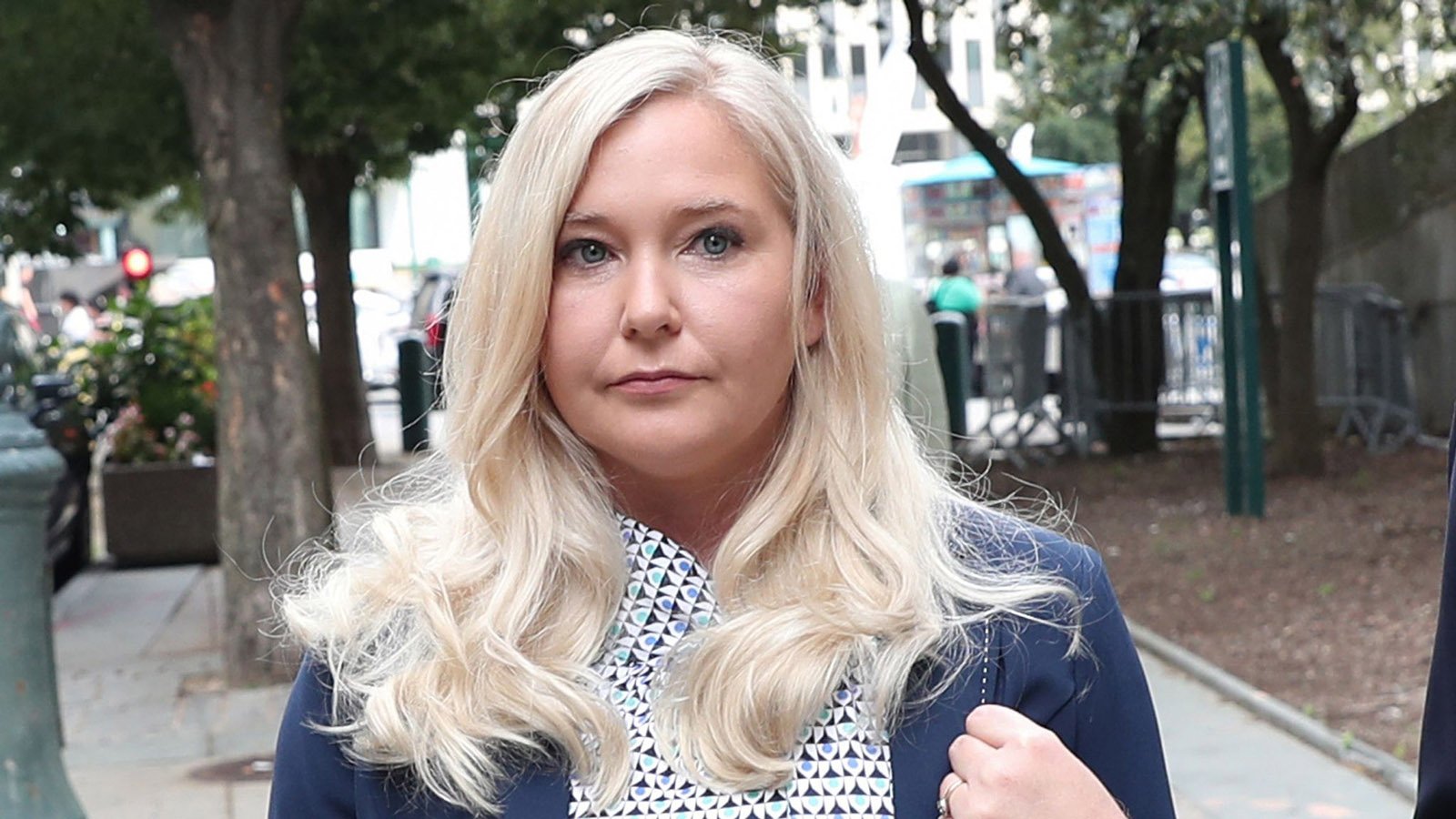 Virginia Giuffre, who claims she was one of Epstein’s “sex slaves,” was aboard the plane at the same time as the United Kingdom’s Prince Andrew, according to a court deposition unsealed soon after Epstein’s death.

Ghislaine Maxwell, who is awaiting trial on charges she procured underage girls for Epstein to abuse, allegedly took part in sexual romps aboard his planes, according to a newly unsealed deposition by Giuffre.