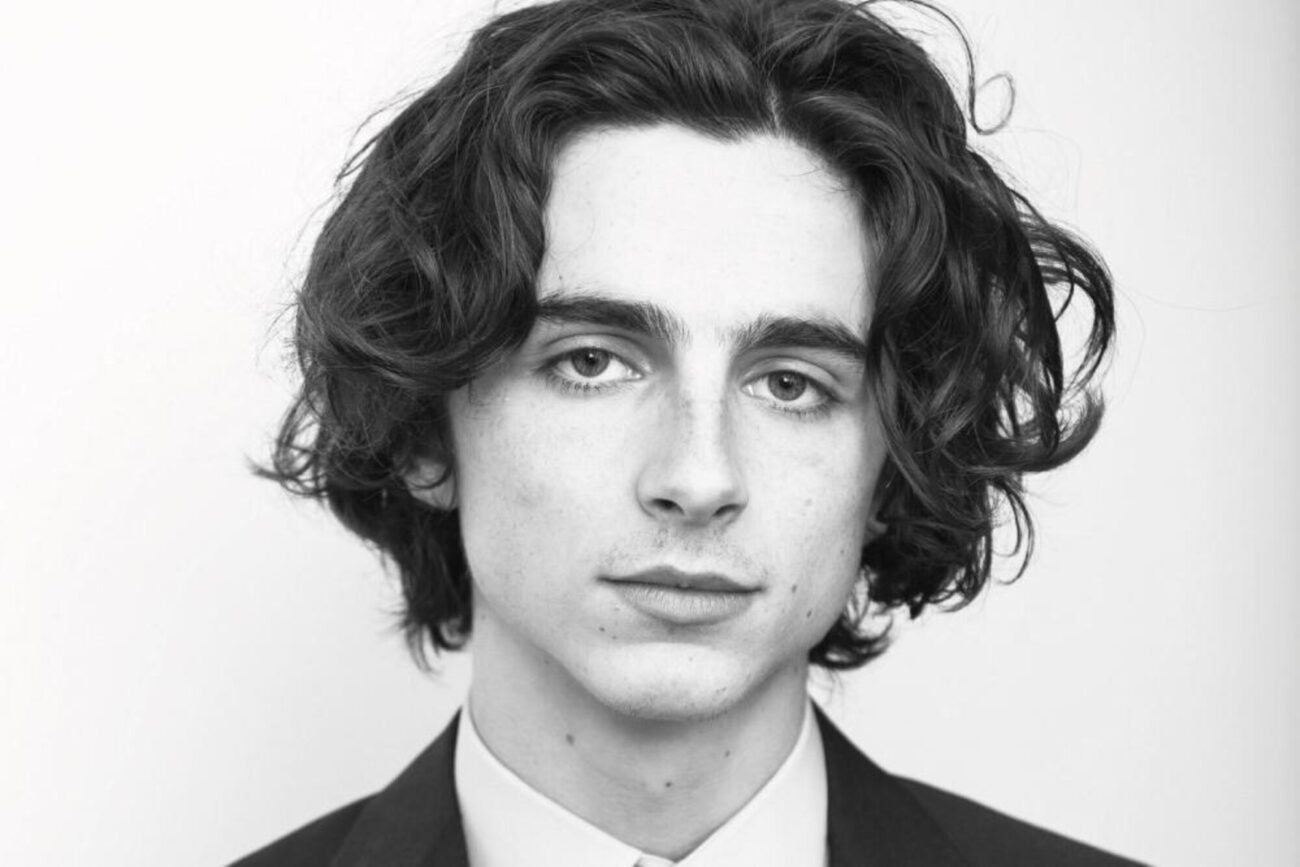 It seems as if Timothée Chalamet has broken the internet once again. While the twenty-five-year-old actor may not post that much on Twitter or Instagram, whenever he does decide to give his fans a little update on his life, it always ends up going viral. Whether people love him for his superb acting skills in award-winning movies or just for his stunning looks and great style, it’s no surprise that Timothée Chalamet is a big star.

It’s been a while since we’ve heard from Timothée Chalamet, but recently, the actor came out of his shell once again to promote one of his upcoming movies, and everyone on social media has been freaking the heck out since then. As if it couldn’t get any better, the actor then surprised us all by gracing the cover of Time magazine. We’re absolutely here for it. Let’s take a look at his upcoming movies and what the star’s been up to here.

Ever since Timothée Chalamet broke out and became one of the youngest stars to be nominated for a Best Actor award at the Oscars for the heartbreaking drama Call Me By Your Name, the world knew that the star was destined to play some versatile roles in future movies. Since then, he has been proving exactly that, as he’s played in a wide variety of films from indie comedies to period dramas and tons more. So what’s next?

It turns out that Timothée Chalamet will give us a bit of a nostalgic blast from the past as he soon will be joining the famous Wonka chocolate factory. While we didn’t really expect a new Willy Wonka movie to happen, now that we think about it, who else of today’s modern actors would best fit the role of the iconic Willy Wonka other than Timothée Chalamet himself? Recently, the star even blessed us with a new pic on set.

Since then, the behind the scenes photo of Timothée Chalamet dressed up in full Willy Wonka gear has sent the internet insane. While some are absolutely thirsting over the hot twenty-five-year-old star, others have been making a few funny jokes over the wacky costume. We have to admit, the costume definitely looks like something out of an A Christmas Carol reboot, as he dons a light brown hat & red coat. We love it though!

Timothee Chalamet dons a purple coat and brown top hat as he films in Dorset.

+ The story will focus on how he meets the mysterious Oompa Loompas and how they came to work at his factory.

When can we expect to see the upcoming film?

Timothée Chalamet has certainly been keeping himself extra busy with so many upcoming movies on the way, and it does not seem like he’ll be stopping anytime soon. With the science fiction film Dune about to hit theaters and HBO Max just next week along with the indie comedy The French Dispatch, two highly anticipated films which both star Timothée Chalamet, it seems like we’re watching the young actor in his prime.

However, when can fans expect to see Timothée Chalamet as Willy Wonka? It turns out we’re going to have to be a bit more patient as Wonka, the upcoming prequel to Charlie and the Chocolate Factory, is not set to arrive in theaters until March 17th, 2023. The movie will show how Willy Wonka, previously played by actors Gene Wilder and Johnny Depp, met the wild Oompa Loompas and came to kick off the famous chocolate factory.

What’s even better? Wonka, like all the other movies in the series, will also be a musical, so you can bet we can expect to see Timothée Chalamet dancing and singing his butt off. When speaking of the role, the star said: “It’s not mining the darker emotions in life. It’s a celebration of being off-center and of being OK with the weirder parts of you that don’t quite fit in”. We absolutely can not wait to see Timothée Chalamet in his future movies!