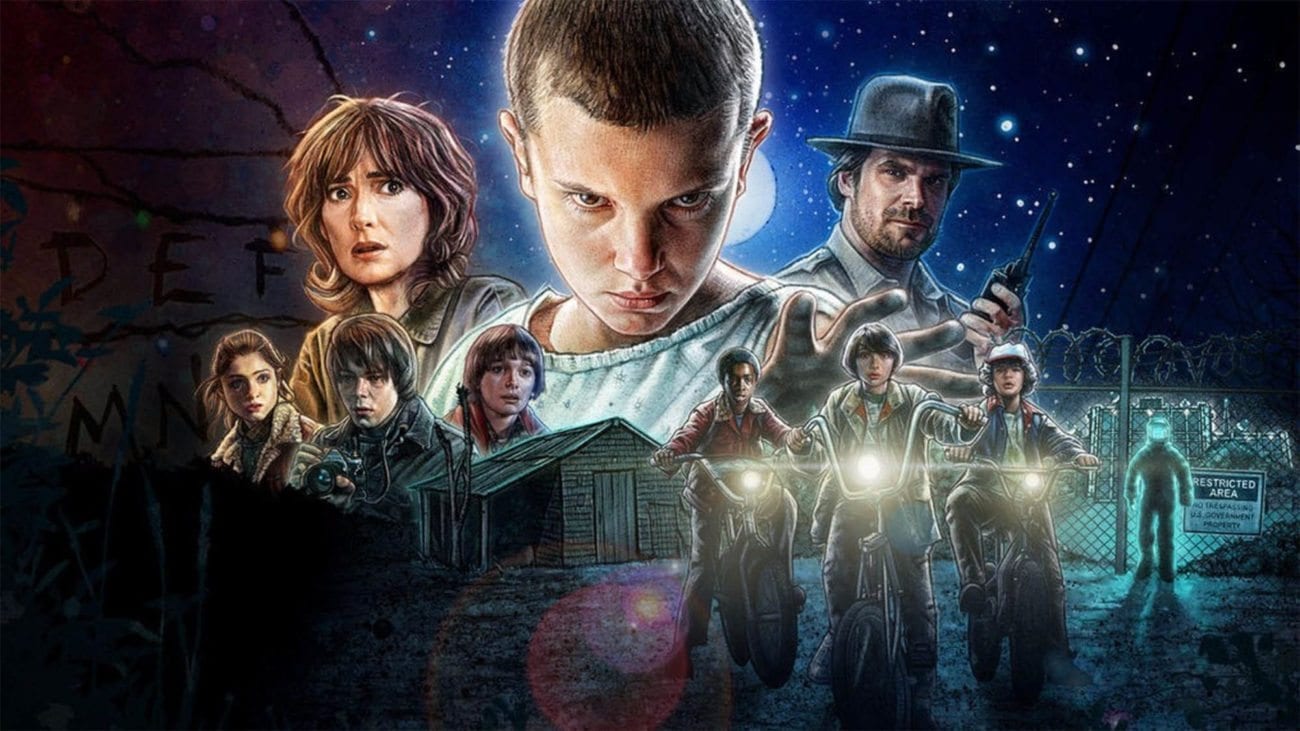 The most badass things we know about ‘Stranger Things’ S3

Easily the least badass point on this list is the Duffer Brothers are taking their sweet time in developing the third season of the show, which is likely for the best. Though most fans enjoyed the second season, it did face some criticism that it felt a little rushed out after the gigantic success of its debut on Netflix.

A bit of extra time on storytelling and character details could go a long way in ensuring S3 is as great as it deserves to be. David Harbour (Hellboy) – who plays law enforcement curmudgeon Hopper – explained to Variety that we’re all going to have to practice some patience. “One of the things that’s annoying for fans is that it takes us a long time to do them. Like, you probably won’t get (Season 3) until sometime in 2019.”

10. When it does finally return, it’ll have a “clean slate”

Matt Duffer recently divulged to The Hollywood Reporter how he “didn’t want to box” the writing team in for S3 of the show and instead will be giving the story a fresh, new take. As expected, considering the gap between writing the upcoming season and filming it (that amounts to at least two major growth spurts for the young cast!), S3 will also feature a slight time jump.

(The kids are) going to be almost a year older by the time we start shooting season three. It forces the show to evolve and change, because the kids are changing.

9. S3 will include some notable additions to the cast

Maya Hawke (Little Women) and Jake Busey (Ray Donovan) have both been announced as new cast additions for the third season, with Busey set to play Bruce – a character hinted as being “a morally compromised news reporter in his 50s” who is “outwardly sexist, overweight, and bedraggled.”

Meanwhile, Hawke will play an “alternative girl” bored with her mundane job who uncovers a dark secret of Hawkins. Definitely sounds like a potential new love interest for Jonathon (Charlie Heaton). Sorry Nancy!

8. Ya favorite fairytale farm boy is on board

The most exciting casting news by far is the inimitable Cary Elwes (The Princess Bride) who has been cast as Mayor Larry Kline, “your classic 80s politician – more concerned with his own image than with the people of the small town he governs.” We’re not sure our panties can handle that level of dreamy 80s nostalgia but we’re absolutely ready to find out.

7. We’ll be seeing more of the best S2 character

As Lucas’s precocious, syrup-obsessed little sister Erica, Priah Ferguson was an absolute scene-stealer during S2. Thankfully, she’s been given a larger recurring role for the third season, so we’ll hopefully get to enjoy even more scenes of the character being a wonderful nuisance to her older brother.

6. The Mind Flayer will be focusing on Eleven

Speaking to The Hollywood Reporter, Ross Duffer suggested the ominous ending of S2 wasn’t just to serve up some major chills – it was also to set up some crucial plot points for S3. “They’ve shut the door on the Mind Flayer, but not only is it still there in the Upside Down, it’s very much aware of the kids, and particularly Eleven. It had not encountered her and her powers until that final episode. Now, it knows that she’s out there.”

Though the Duffers have said the youngest Byers kid is officially over his supernatural possession, actor Noah Schnapp (Bridge of Spies) insinuated to THR this might not totally be the case. “I feel like it can’t be. There’s this massive monster taking over all of Hawkins, and all you have to do is light a few fires and turn on a few heaters, and he’s gone? It just doesn’t make sense to me, really. He’s still there — I just don’t know how.”

4. Barb’s character may be revisited

Giving S3 that fresh vibe the Duffers have hinted at, executive producer and director Shawn Levy (Arrival) revealed to Variety that the different timing of the new season will have a big impact on the story.

Season 3 is set in the summer, so right out of the gate that’s a big difference. The first two seasons were very much school-based. This is that time of year where it’s not about school, it’s about the swimming pool and campfires and parades and Fourth of July and fireworks, so there’s kind of a poppy fun to season three that’s really enjoyable before things inevitably turn super dark.

2. The Shadow Monster will be stepping up its game

Levy also teased in the same interview that the big bad of Hawkins will have some new tricks up its monstrous sleeve (not that supernatural creatures have sleeves) in fighting back against the town. “The Shadow Monster is still lurking up there out there in the Upside Down. He is determined to find a way to achieve his goals. The dogs didn’t get it done in season two, so he’s going to have some new strategies.”

S2 heavily suggested the idea that Dr. Brenner (a.k.a. Eleven’s “Papa”) isn’t quite dead yet, despite us seeing a monster pounce on him in S1. According to Matt, Matthew Modine’s antagonist could still make a return and if so, we cannot wait to see a showdown between him and Eleven’s (Millie Bobby Brown) current father figure, Hopper.

The showrunner told IGN, “I would say that if we were going to kill Brenner . . . as an audience member watching the show, if that was his death, that would be very unsatisfying to me — when the monster jumps on him and we cut away. He would deserve much more than that as an ending. So yes, there’s a possibility of seeing him again.”