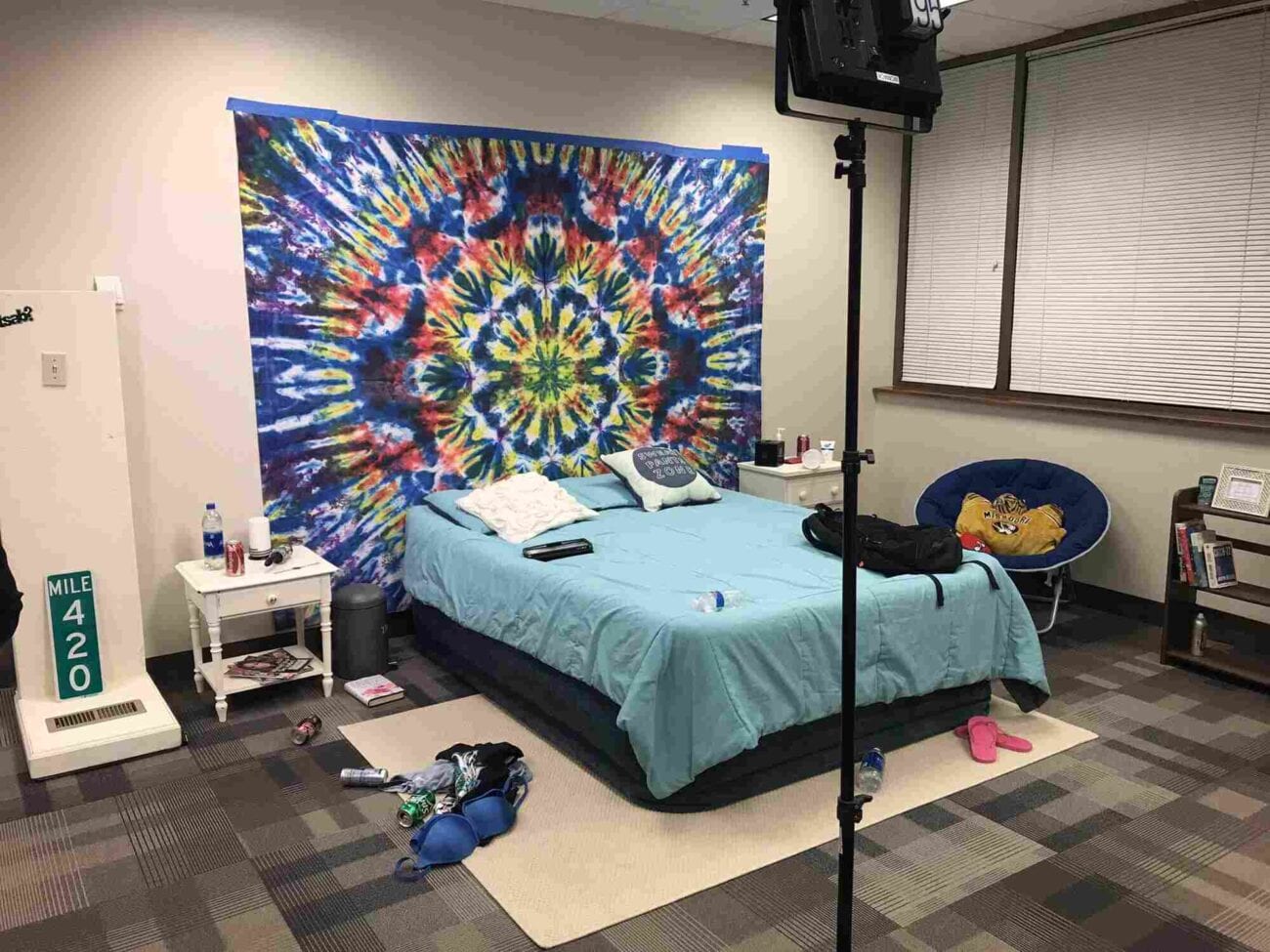 Think your teen is smoking weed? Laugh along with Twitter at these “signs”

Sometimes, there’s nothing that can make us cringe any more than an out-of-touch adult trying to understand teenagers. Twitter has been cracking up ever since a news anchor posted a photo of a teen bedroom and promised she would explain to concerned parents how to find out if their teens were smoking weed or not. Check out all the memes and jokes everyone has been creating and laugh along with us here.

Looks like a normal teen’s bedroom, right? Think again. Coming up on @KMOV, we’ll show you what parents should be looking for so they can identify signs of drug use. I was shocked at what I found in this room!!! #stl #n4tm pic.twitter.com/Df2yegDPUq

The situation first started when a news anchor posted a photo of what looks to be a fake teen bedroom set in an office area space. Her Twitter caption read: “Looks like a normal teen’s bedroom, right? Think again. Coming up on @KMOV, we’ll show you what parents should be looking for so they can identify signs of drug use. I was shocked at what I found in this room!!!”

Her promise to parents that she had all the knowledge to know on how to find out if your kids were smoking weed and doing other drugs or not has sent Twitter in an uproar. It doesn’t help that the teenage bedroom just looked a little bit too cheesy as well.

We gotta admit this room just looked a little bit too staged. . .

Congrats to all the kids who got away with smoking weed because they did not have a “Mile 420” sign in their rooms https://t.co/XAfAtoWH5i

As this Twitter user put it: “Congrats to all the kids who got away with smoking weed because they did not have a “Mile 420” sign in their rooms”.

People are talking about the Mile 420 sign, but I think the most disturbing thing we need to discuss here is the plague of teenagers using office-building carpet tile in their bedrooms. https://t.co/PqF04VngAY

It looks like even Hank Green had to add his own two cents. . .

this is a fake room set up to look like a teenagers room and it has the most Hello Fellow Kids energy i've ever seen https://t.co/vEHUpz6xnI

This room is enough to make you cringe.

Everyone talking about the "Mile 420" sign and the tie dye sheet and the shitty carpet. All very valid.

But what gets me rollin' is the f'ing *blue painter's tape* holding the sheet on the wall. https://t.co/MM9q5mMQml

We also have to agree, the blue tape holding up a tapestry actually should be the true cause for concern.

If you didn’t know your kids were smoking weed with a Mile 420 sign in their room, well, that’s on you. . .

No, it does not look like a “normal teens bedroom”. It looks like a local news station had a spare room in their office and decorated it how they think a teenage stoner would decorate it. “Ah yes, make sure you get the mile 420 sign in the shot! And throw a bra on the ground” https://t.co/NykKIAdPGK

Yeah, we also thought that the bra on the ground was a nice touch for a good “natural” look.

The tie dyed backdrop? That's made of weed. The fill light? Weed. That sign that says "Mile 420"? Actually, that's just aluminum. Anyway, if you lift the mattress, you'll see the stairway that takes you to the underground meth lab. https://t.co/x26brADk0P

This Twitter user had the right idea. Look out, parents.

imagine being the production assistant who had to procure a "mile 420" street sign for this, uh, investigation https://t.co/izfbrLtriC

We’re really feeling for the poor interns and production assistants that had to look for all these “teenager” items.