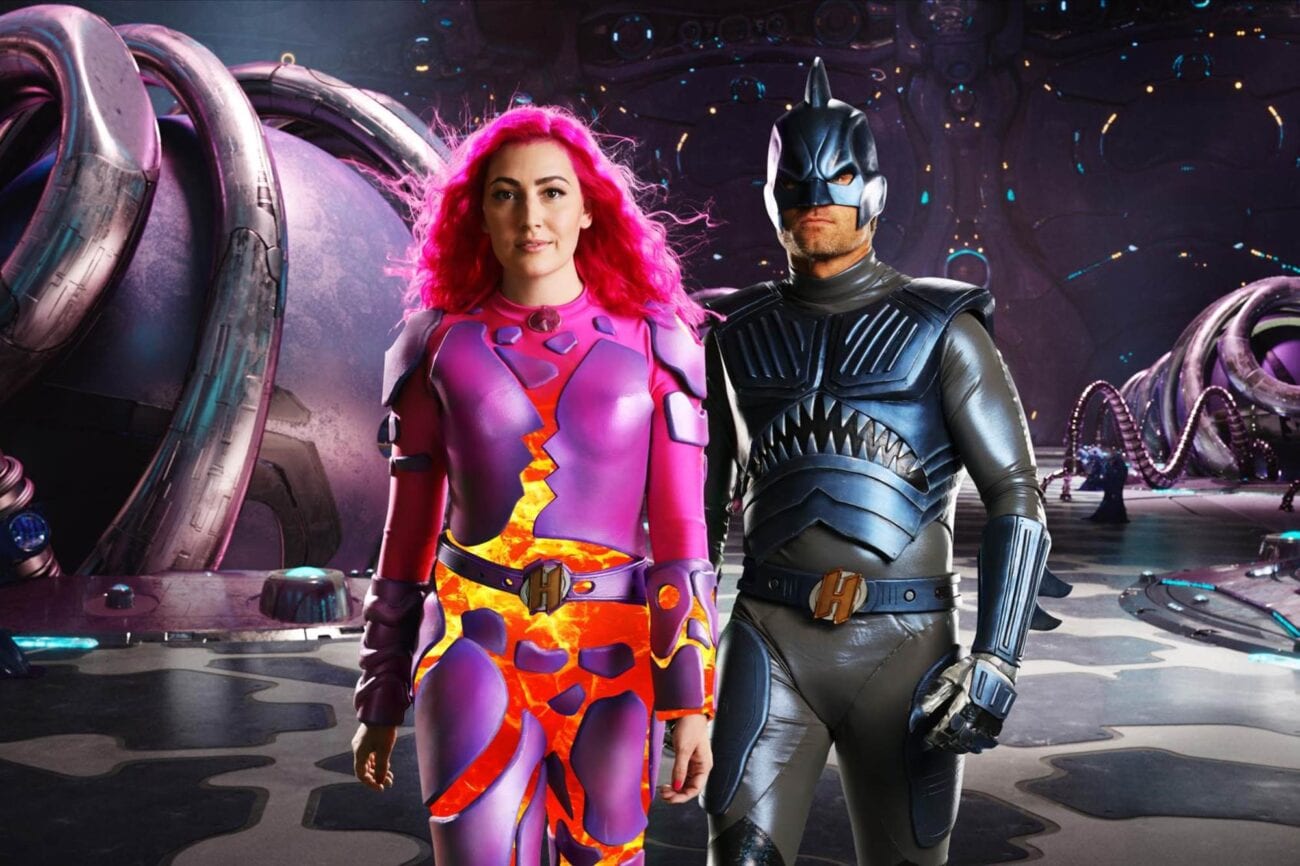 What is ‘We Can Be Heroes’? Sharkboy and Lavagirl returning?

In addition to gory thrillers & action flicks he’s known for, Robert Rodriguez has created some famous family films. His PG-rated fare includes films like the Spy Kids series, Shorts, and The Adventures of Sharkboy and Lavagirl. Many kids who grew up with these movies have fond memories of watching them, even if they’re not exactly the greatest films to grace the silver screen.

For example, The Adventures of Sharkboy and Lavagirl garnered poor critical reviews upon release, but it has a cult following now as people remember just how weird and imaginative this movie is. In Rodriguez’s upcoming Netflix movie, We Can Be Heroes, the characters Sharkboy & Lavagirl will be coming back in an all-new adventure. Here are more details about this upcoming movie. 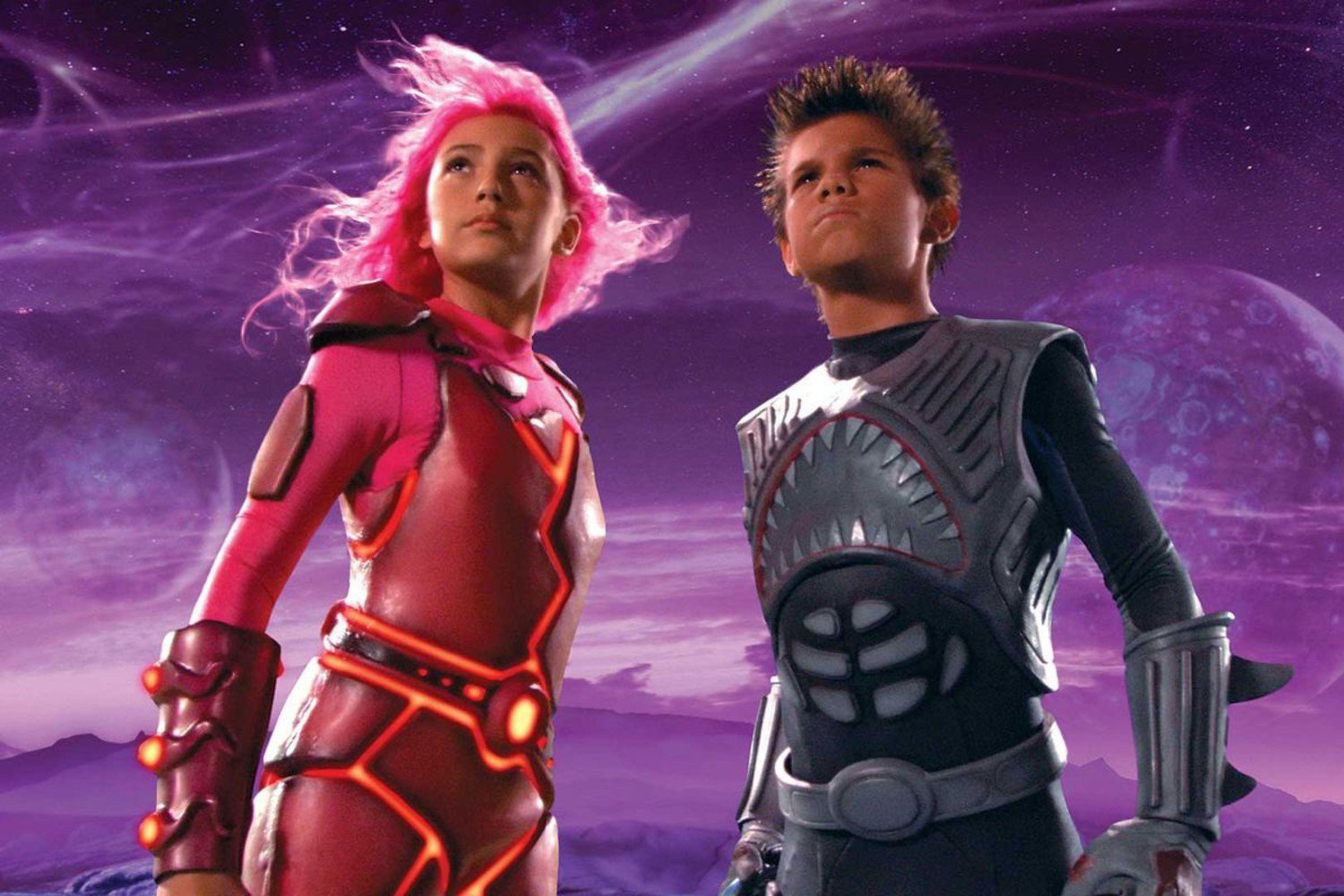 The Adventures of Sharkboy and Lavagirl is a 2005 fantasy-adventure family film. It’s a CGI-extravaganza with dated, in-your-face 3D special effects. In fact, the 3D version has alerts telling viewers when to put their 3D glasses on and when to take them off.

The film stars Taylor Lautner before his Twilight years as Sharkboy and Taylor Dooley as Lavagirl. The film follows Max (Cayden Boyd), a lonely ten-year-old boy who dreams up Sharkboy, Lavagirl, and the Planet Drool.

One day, his reality becomes mixed with his dreams when Sharkboy & Lavagirl recruit him to go to the Planet Drool to defeat Mr. Electric (George Lopez), Linus (Jacob Davich), his real-life bully, and the powers of darkness. 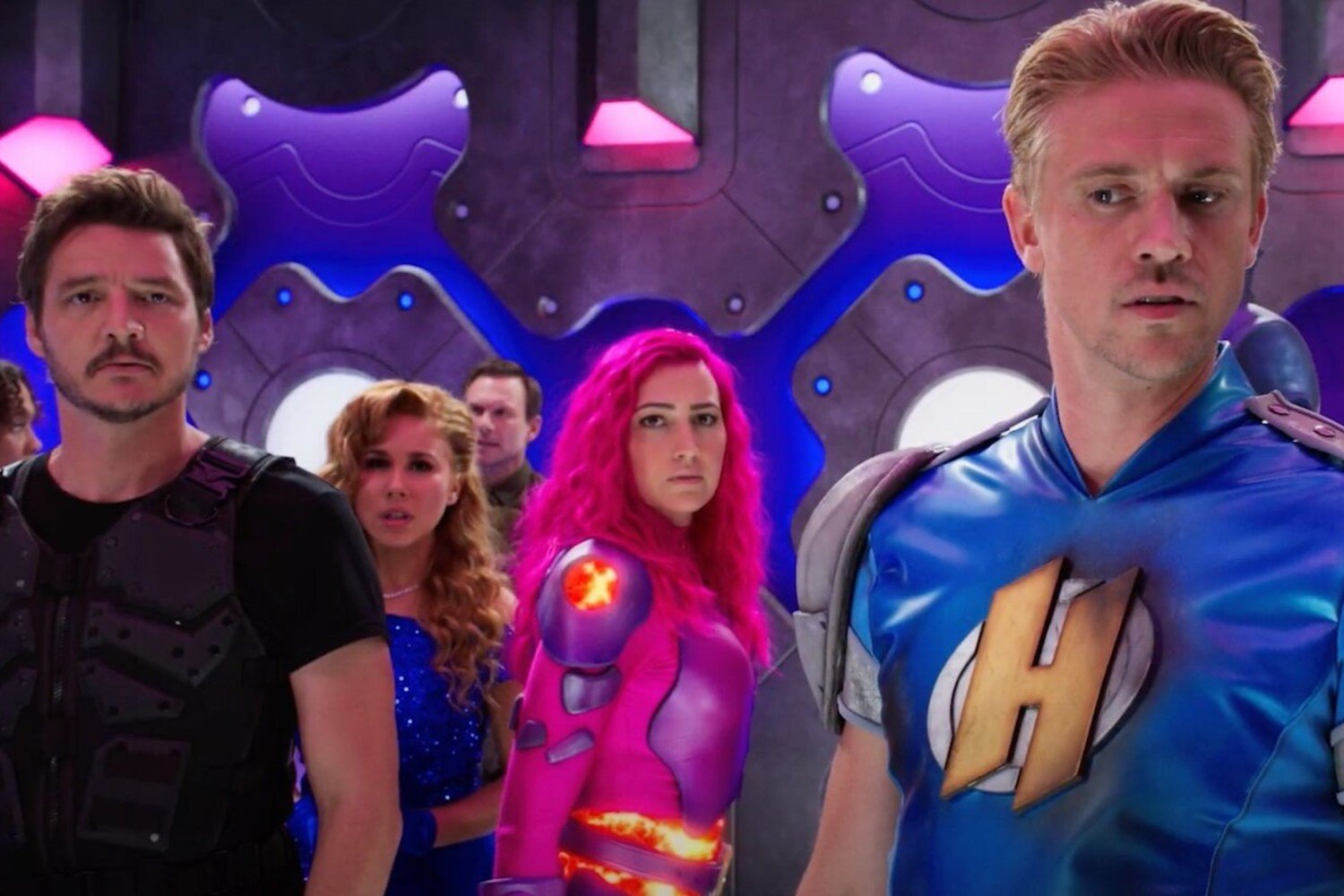 The film failed to strike a chord with audiences & critics, scoring a dismal nineteen percent critical score on Rotten Tomatoes along with a 3.6/10 on IMDb. Sharkboy and Lavagirl also underperformed at the box office, grossing $69.4 million on a $50 million budget.

While Sharkboy and Lavagirl has built a cult following, its fans recognize the film is only memorable because it manages to be terrible. It’s a type of fever dream with crazy imagery such as a land made of candy, talking robots, cuckoo clocks that pop out of the screen, and a bizarre rap sequence from Lautner which comes out of nowhere. The over-the-top acting is hammy and the dialogue is horribly cheesy. 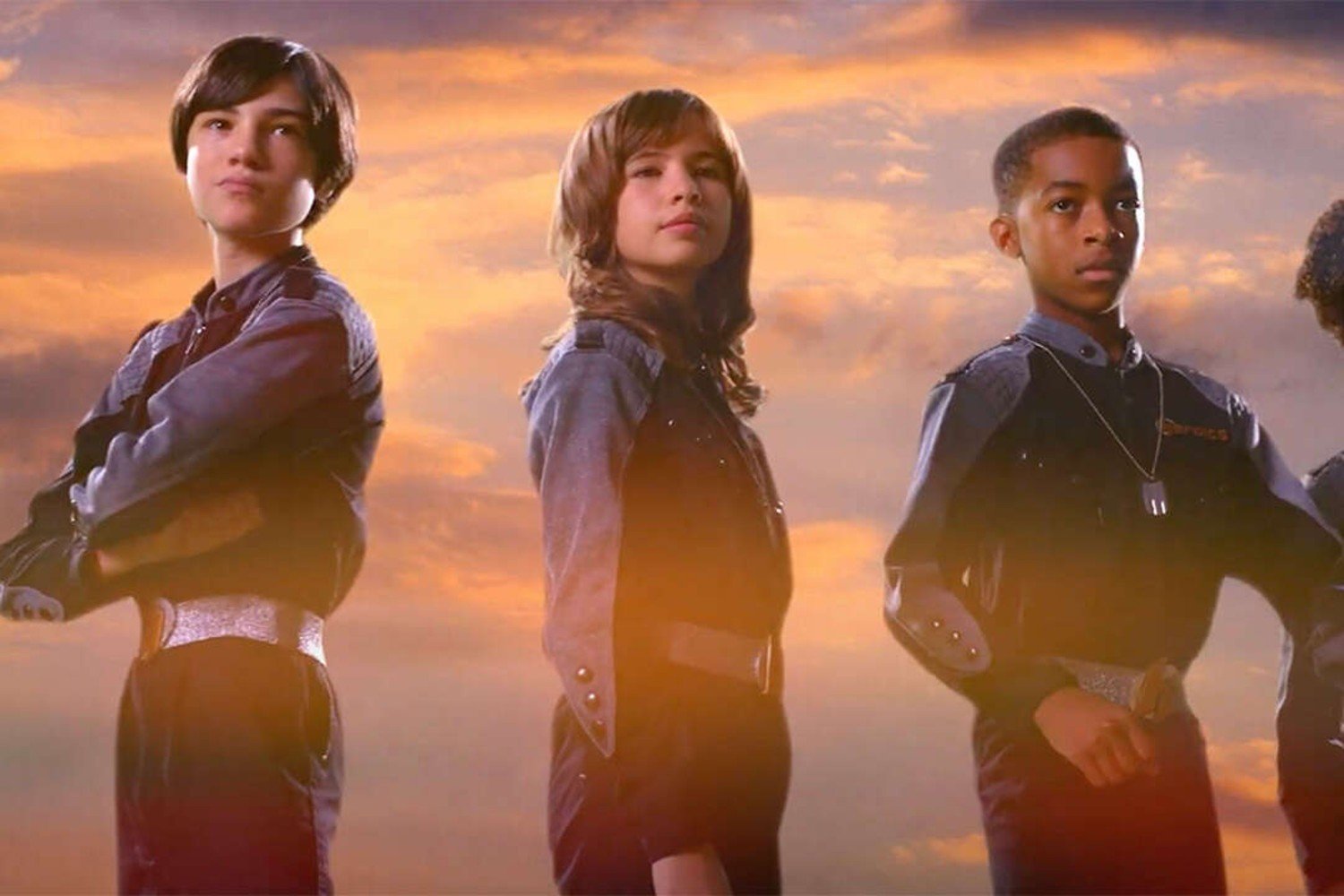 We Can Be Heroes

We Can Be Heroes is labeled as a spiritual sequel to Sharkboy and Lavagirl with both characters set to come back as adults. Taylor Dooley will reprise her role as Lavagirl. However, Lautner won’t be returning and J.J. Dashnaw will be taking over the role of Sharkboy. One character in this sequel is the daughter of Sharkboy & Lavagirl, played by Vivien Lyra Blair.

We Can Be Heroes will center around a team of superheroes called “The Heroics”. However, when the group is kidnapped, it’ll be up to the superheroes’ kids to team up and save their parents along with the world. The kids in the group feature Young Missy (YaYa Gosselin), who hasn’t yet discovered her powers, a kid who can see into the future, and a kid known as “Facemaker” who has the power to change his face. 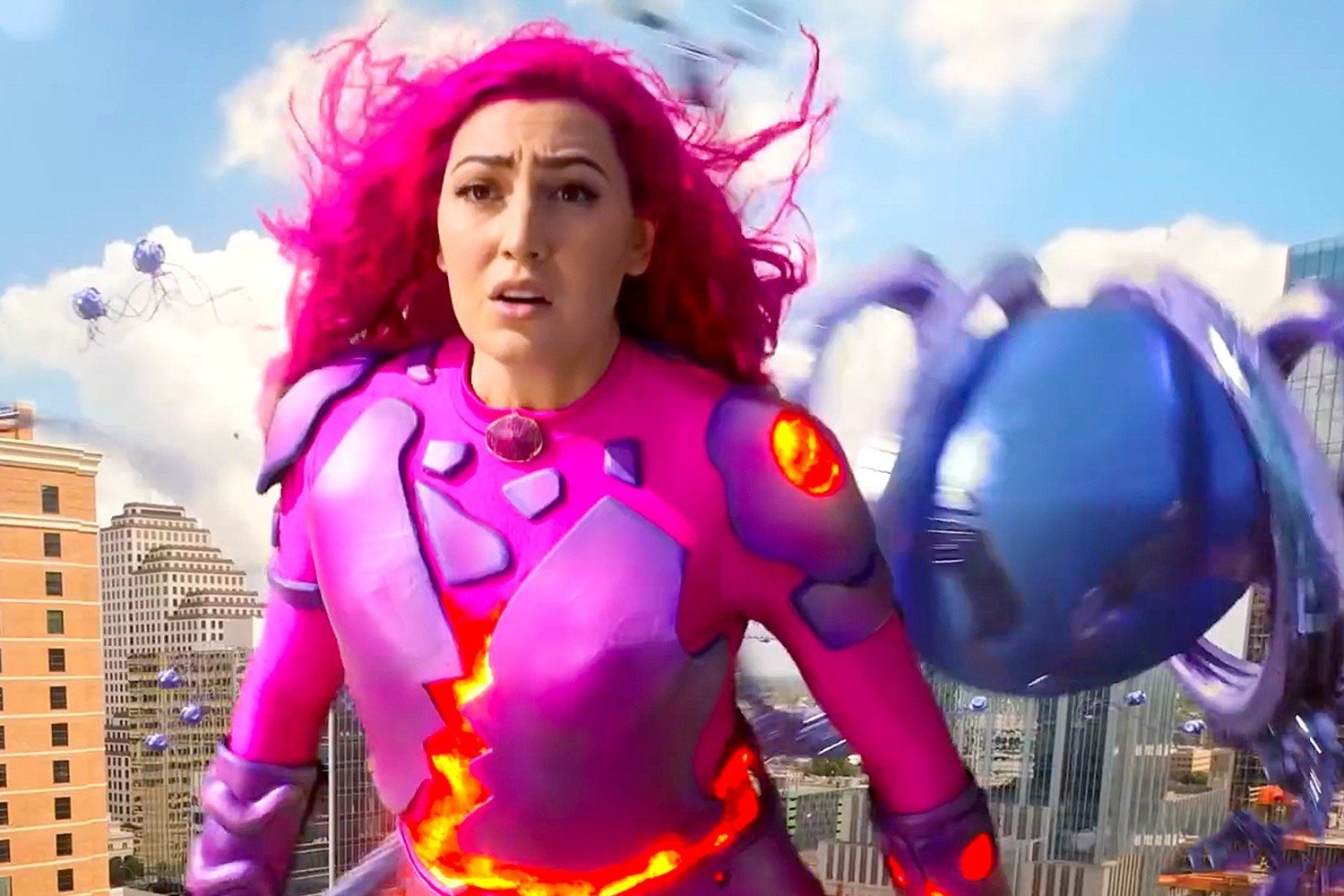 The cast for this superhero adventure is impressive with Boyd Holbrook, Christian Slater, Haley Reinhart, Priyanka Chopra-Jonas, and the Mandalorian himself, Pedro Pascal, playing Marcus Moreno.

“I’ve wanted to work with Pedro since forever,” Rodriguez told Entertainment Weekly. “[Marcus] can be a badass if he needs to. He takes the glasses off, and he looks legit.”

On Nov. 19, Netflix released a short forty-five-second teaser for We Can Be Heroes. Based on the trailer, it appears to have the same goofy tone and over-the-top effects Rodriguez is known for in his family films.

For viewers who want a blast of nostalgia from seeing Sharkboy & Lavagirl return, We Can Be Heroes should be an absolute blast. The family film drops onto Netflix on Jan. 1, 2021.